In the latest issue of Captain America, Marvel Comics author Ta-Nehisi Coates has drawn a comparison between Jordan Peterson, the prominent psychologist whose self-help teachings run counter to many of the beliefs of critical social justice and race theory, and the infamous Hydra villain, Red Skull. 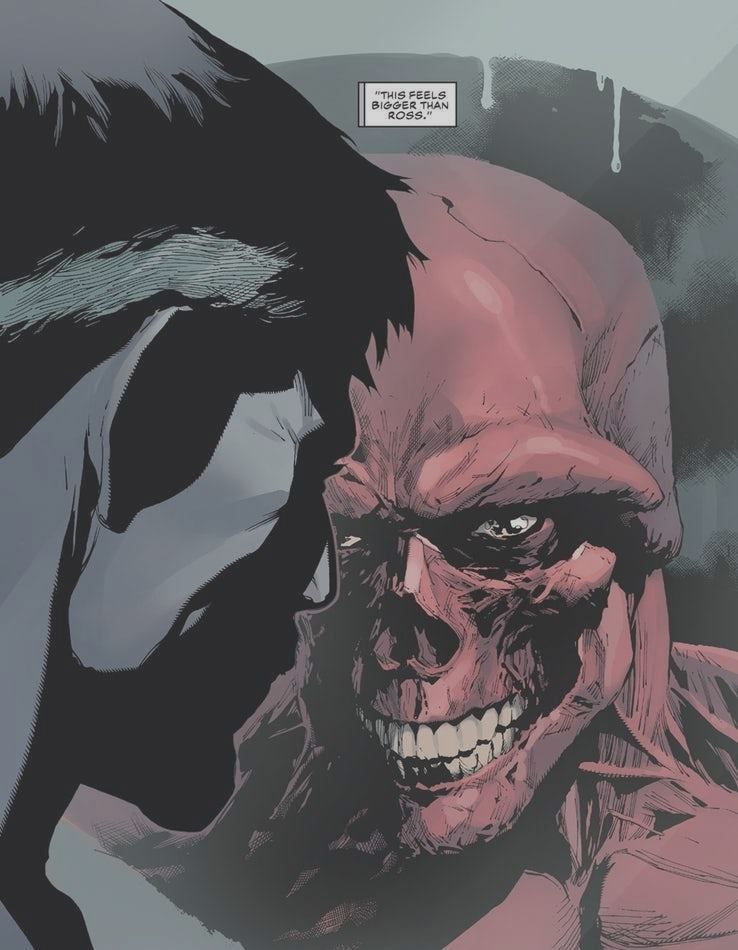 As seen in recent issues, Captain America’s current storyline involves the return of Red Skull who, following his return from death as a mental co-inhabitant of Aleksander Lukin’s newly revived body, has taken to radicalizing his various followers through posting internet videos criticizing the star-spangled hero and what he represents. 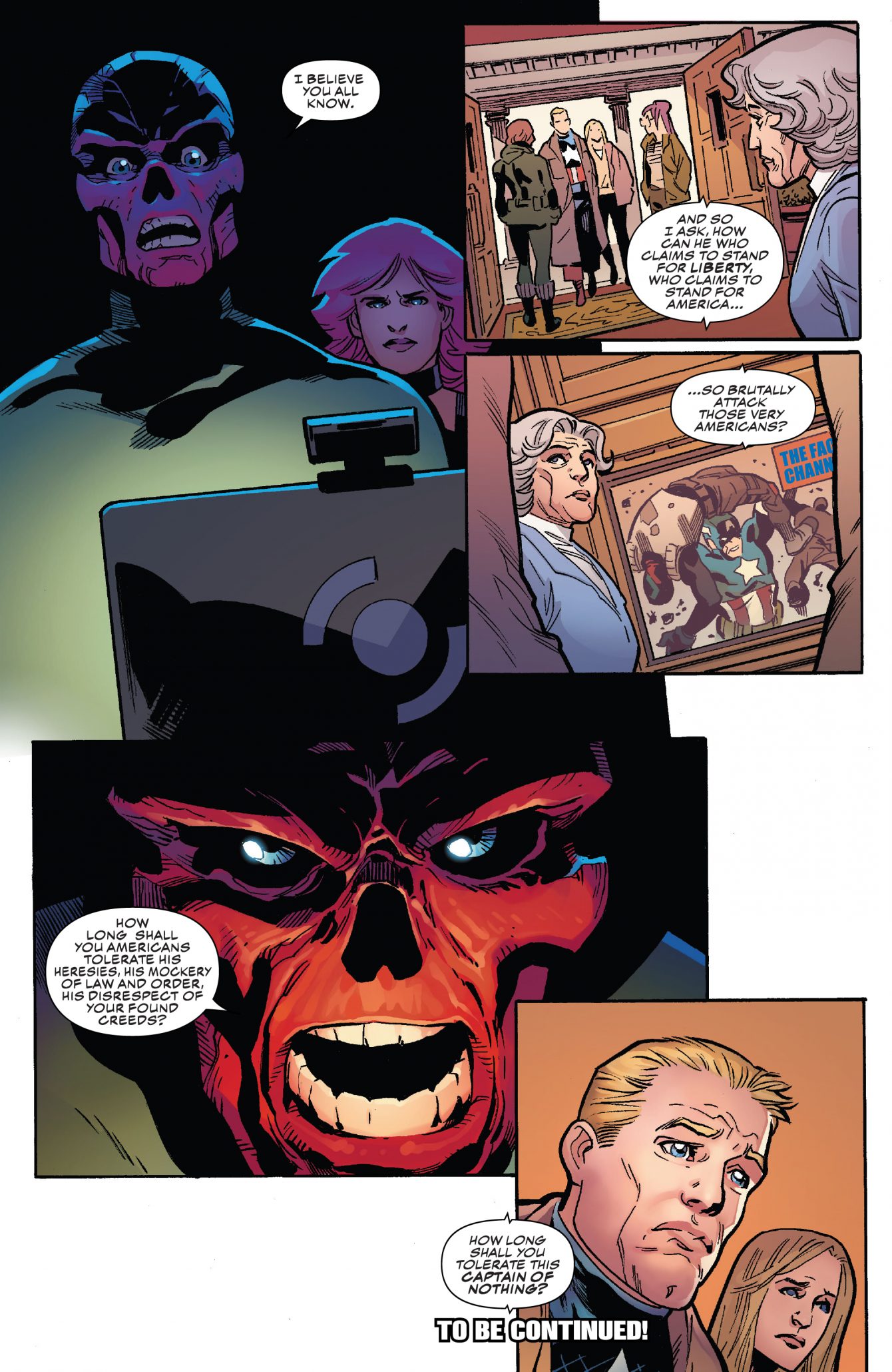 Though Red Skull’s inflammatory internet career was first hinted at in the last issue, #27, it was not until the recent release of issue #28 that Coates revealed that the classic Captain America villain was not only going about his operation by running a simple blog (an embarrassing downgrade from his once-lofty goals of possessing the Cosmic Cube), but that his ‘radical’ teachings were based on the work of Jordan Peterson.

According to a panel in the issue, Red Skull’s blog contains articles such as “Chaos and Order”, “The Feminist Trap”, and a video discussing the “Ten Rules For Life”, all of which are hyperbolic parodies of topics Peterson has touched upon. In particular, the Red Skull’s video article is an obvious reference to Peterson’s book, 12 Rules for Life: An Antidote to Chaos. 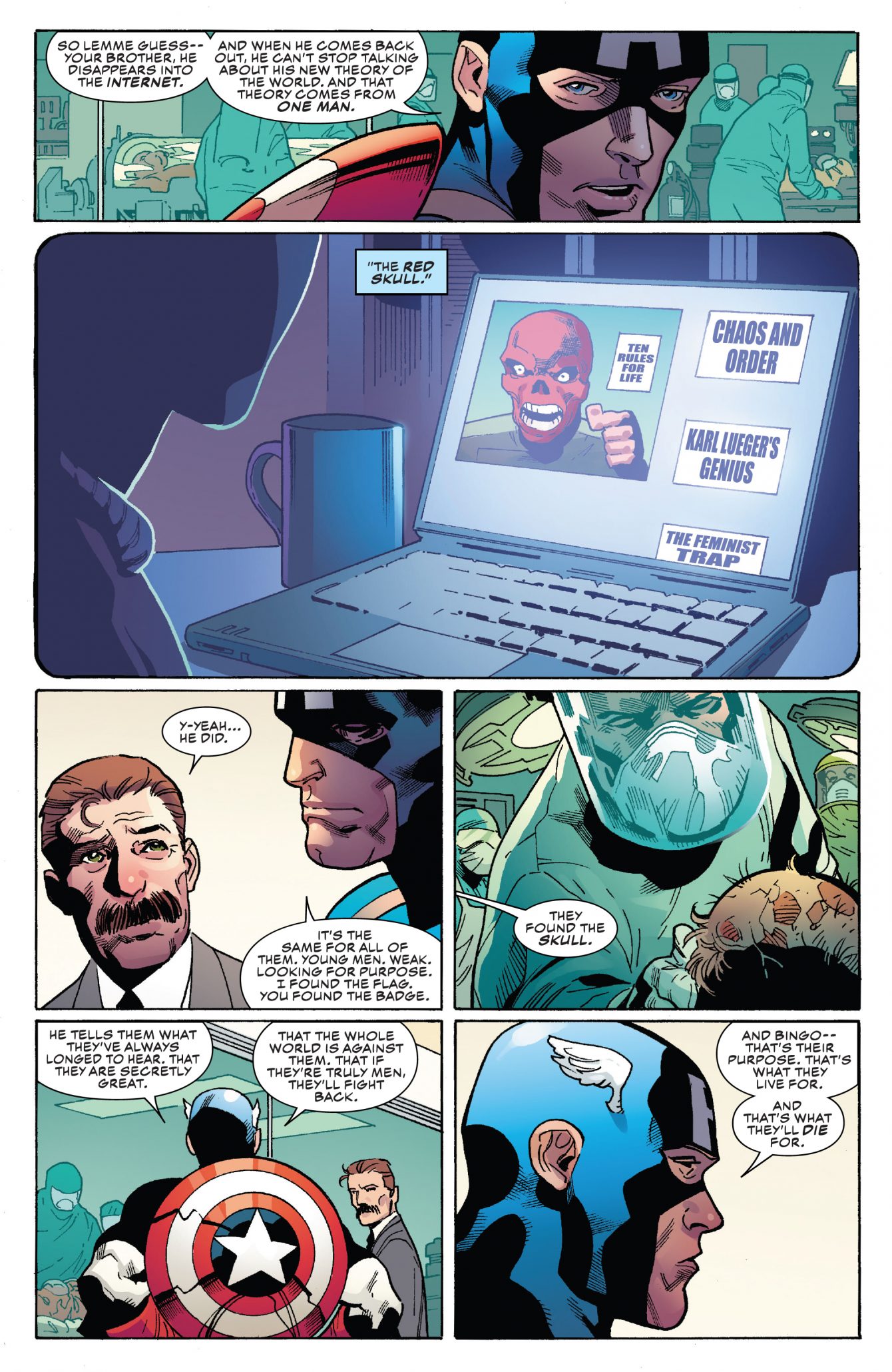 Later, at the conclusion of the issue, Red Skull’s followers proceed to overwhelm a wounded Captain America before he is rescued from his attackers by an armored Sharon Carter

In turn, Red Skull takes footage of Rogers’ defeat and proceeds to use it in a propaganda video, appealing to the various racist and terrorist groups who’ve taken up his message by offering them the metaphorical “sword of manhood.” 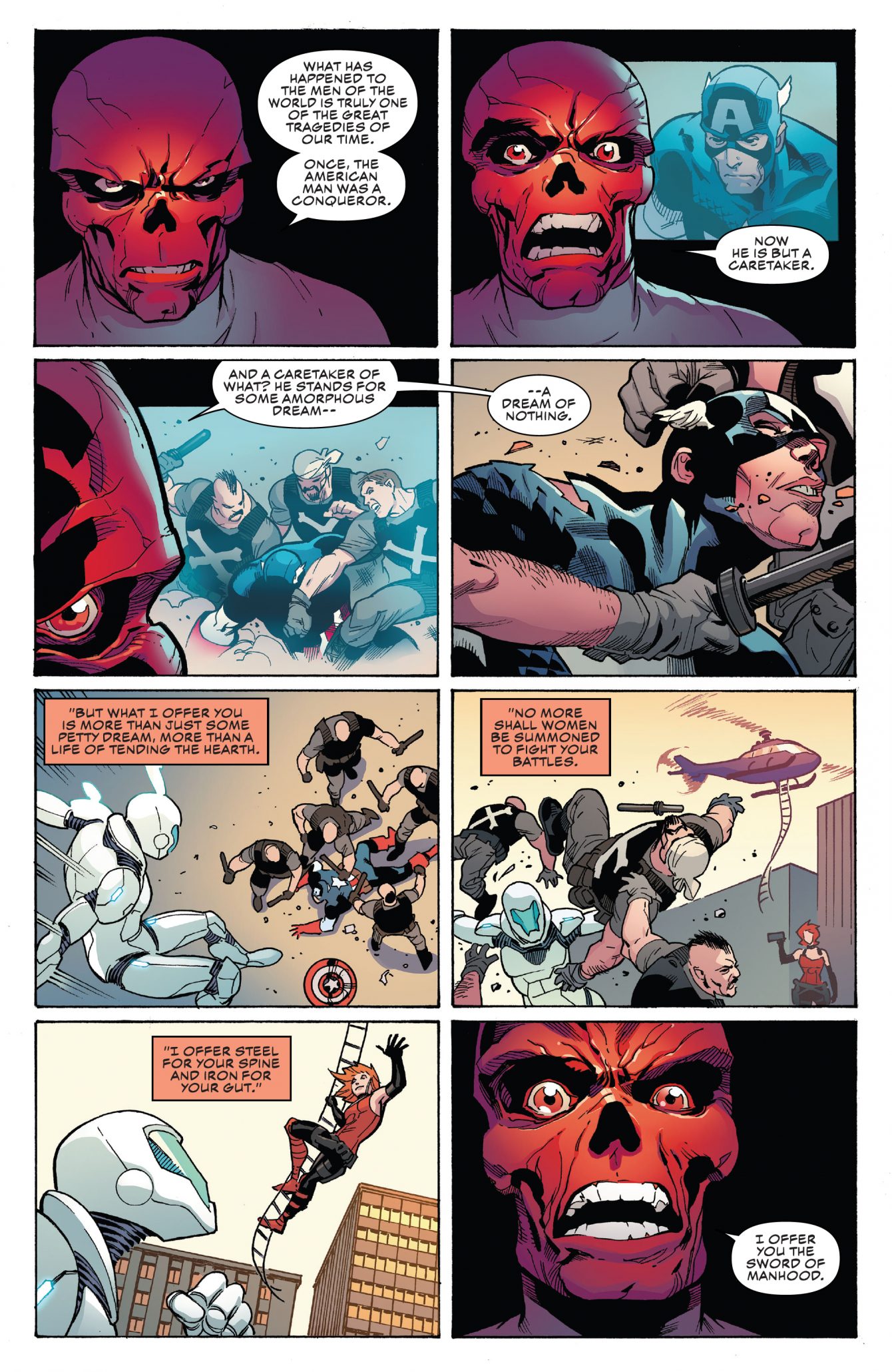 Eventually, Coates’ underhanded swing at Peterson was discovered by the psychologist himself, who took to Twitter to share his utter amazement at the Marvel writer’s audacity, asking his followers upon first notice of the issue, “What the Hell?” 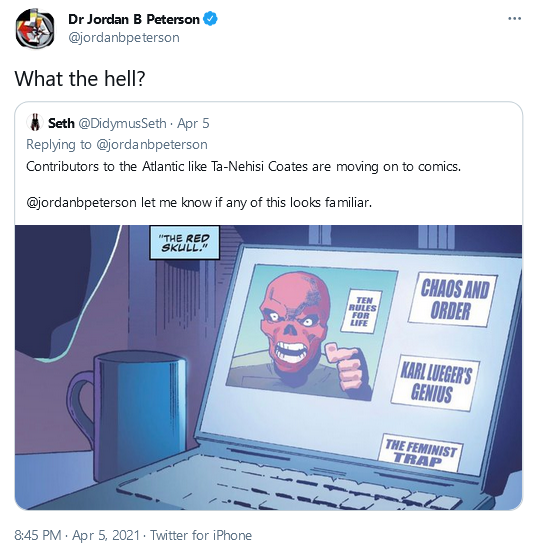 In a follow-up tweet, a baffled Peterson further asked, “Do I really live in a universe where Ta-Nehisi Coates has written a Captain America comic featuring a parody of my ideas as part of the philosophy of the arch villain Red Skull?” 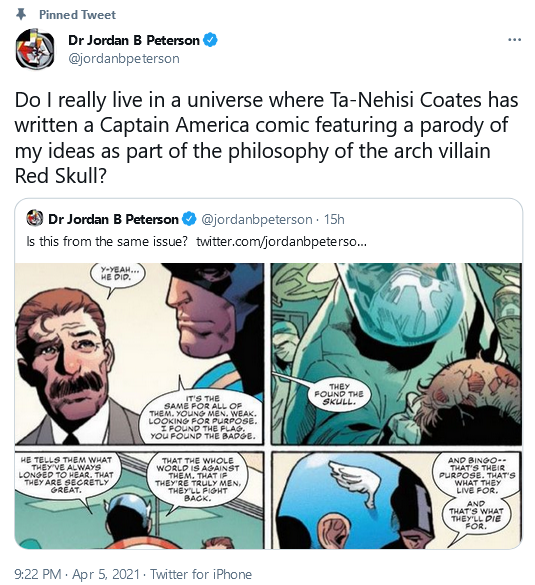 As of writing, neither Marvel nor Coates have commented on the issue’s comparison between Peterson and Captain America’s arch-foe.

What do you make of Coates’ comparison? Let us know your thoughts on social media or in the comments down below!