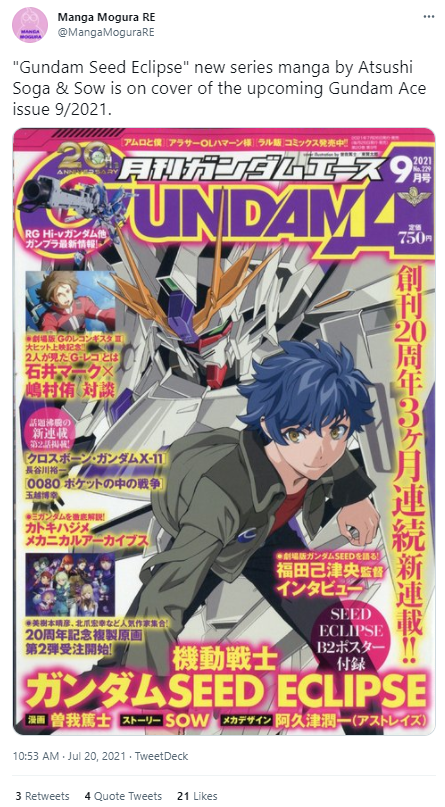 The manga series by Atsushi Soga and Sow was announced during the opening ceremony for the Life-size Freedom Gundam statue in Shanghai.

This time period has a couple of names with most referring to it as “two blank years.” However, it’s also been referred to as “the time of peace on thin ice.” Still others call it “the break before the oncoming frenzy.” 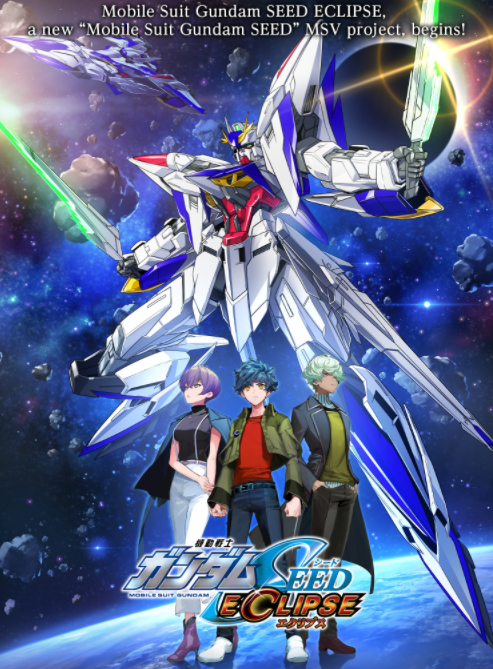 Specifically the story “takes place between two large wars in which members of a hollow unit known as ODR risked their lives.”

“The team is ostensibly an organization for international contribution and cooperation, and takes on a wide range of missions involving medical care, education, technical exchange, and international goodwill. They are also called ODRers since they are dispatched all over the world for missions and run around to fulfill troublesome tasks every time they receive orders,” the description concludes. 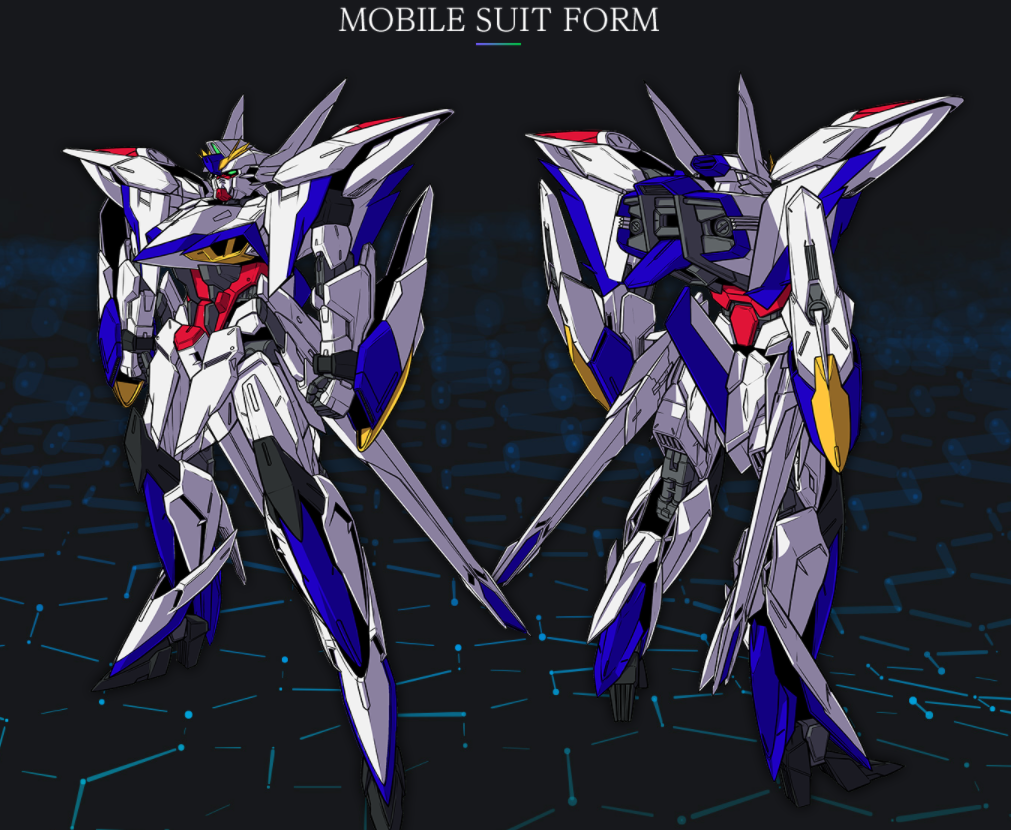 The series will feature the MVF-X08 Eclipse Gundam. The official site describes the suit as a “custom Mobile Suit developed in secret at Orb.”

They add, “Its most prominent feature is its ability to transform from a flight form to an MS form. It is equipped with a Mirage Colloid function, and is armed with functions specialized for ODR, an organization that excels in covert operations. Two units have been confirmed to exist.” 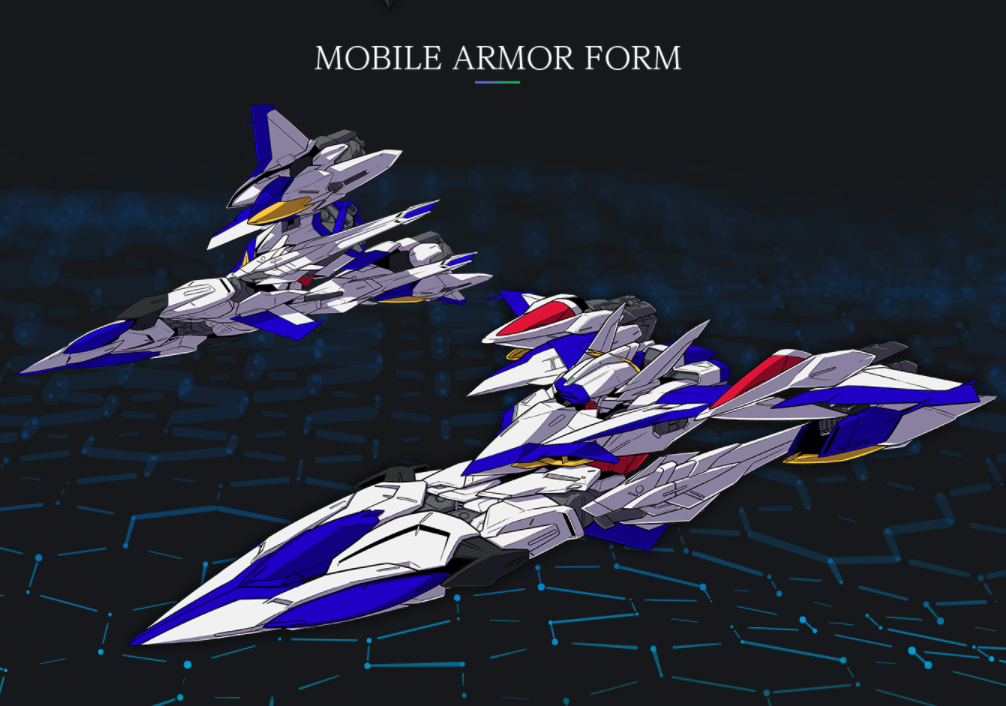 Aside from the Mobile Suit, the manga will feature a colorful cast of characters as is characteristic with Mobile Suit Gundam stories.

The MSG SEED Eclipse website describes him as having “average physical strength, IQ, and other skills due to being a naturally born human being, but somehow displays skills that surpass Coordinators when piloting the ECLIPSE GUNDAM.” 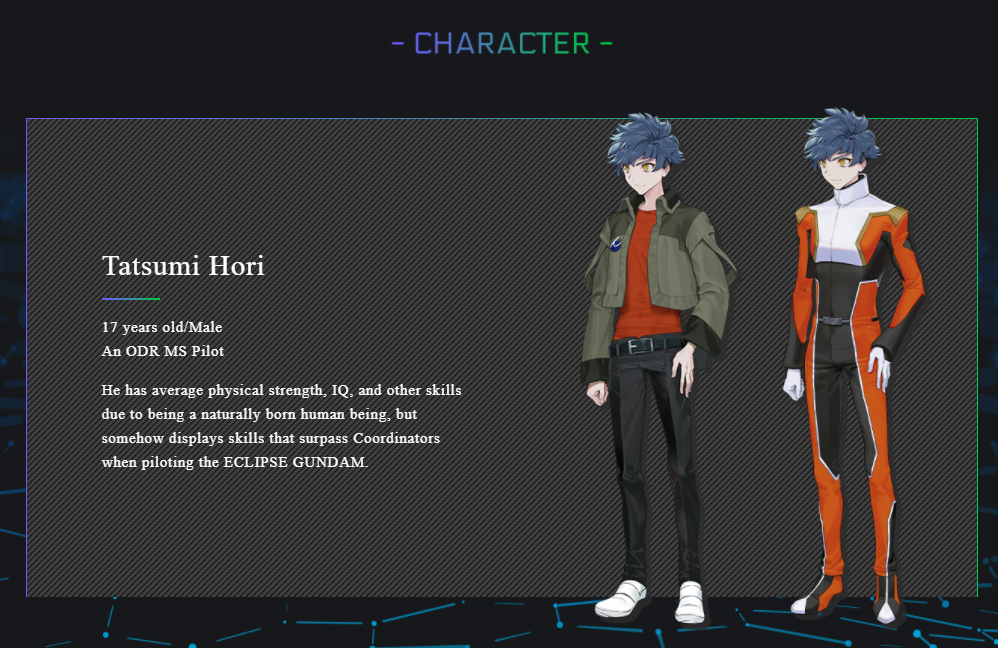 Miyabi Oto Kiou is a 19 year old female and the Commander of ODR. She’s described as a “coordinator who has various extraordinary abilities, but is pessimistic about the current social situation due to her complicated upbringing.”

They add, “She is a free thinker and an achiever, despite growing up in a wealthy family.” 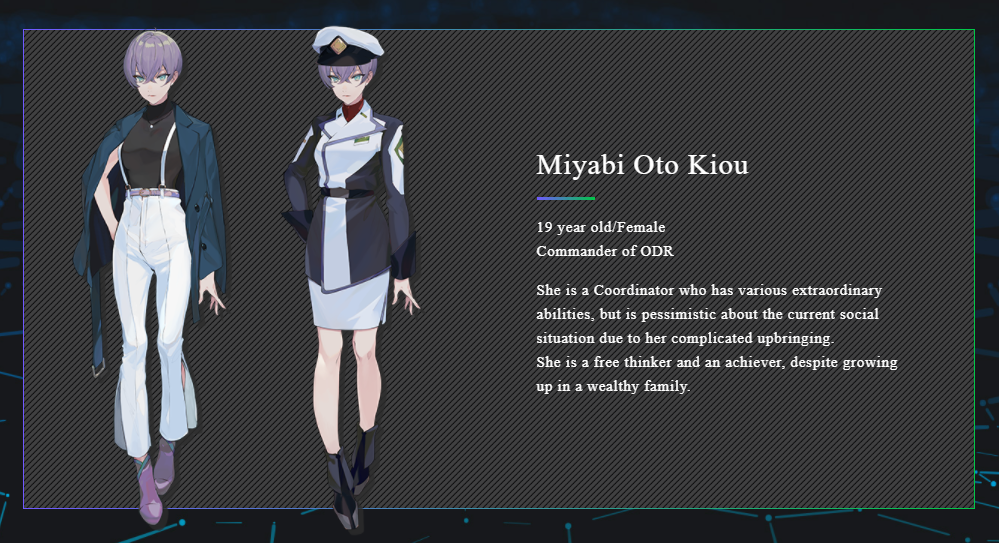 Finally, the last featured character on the website is Ken Norland Suse.

Suse is 18 years old and an ODR pilot who is also a Coordinator. Ken “has an exceptional IQ, physical abilities, and MS maneuvering skills.”

They also note that “he has withdrawn himself from the war between Naturals and Coordinators.” 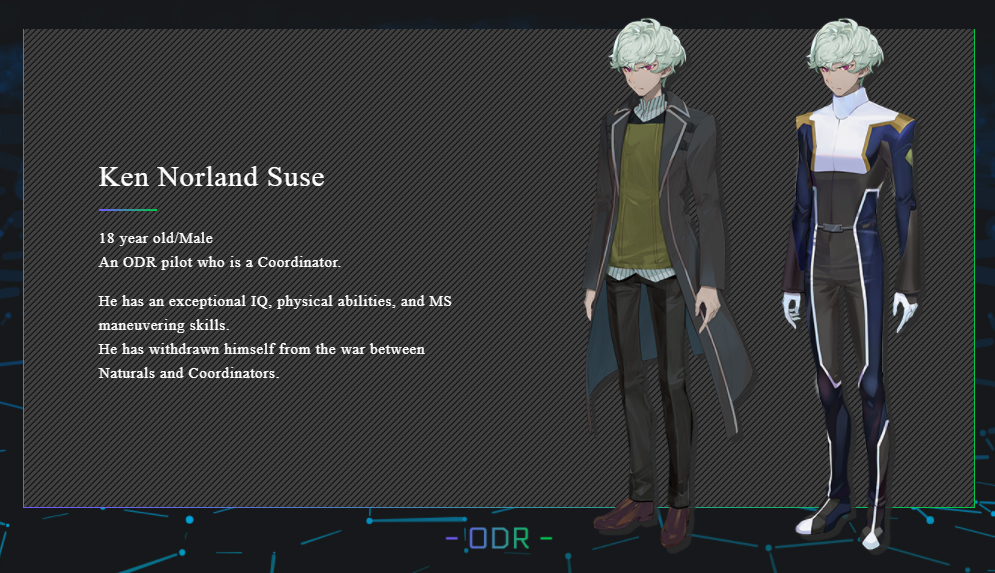 The series was originally scheduled to arrive sometime this month. It is expected to be released on the official Gundam.info website.