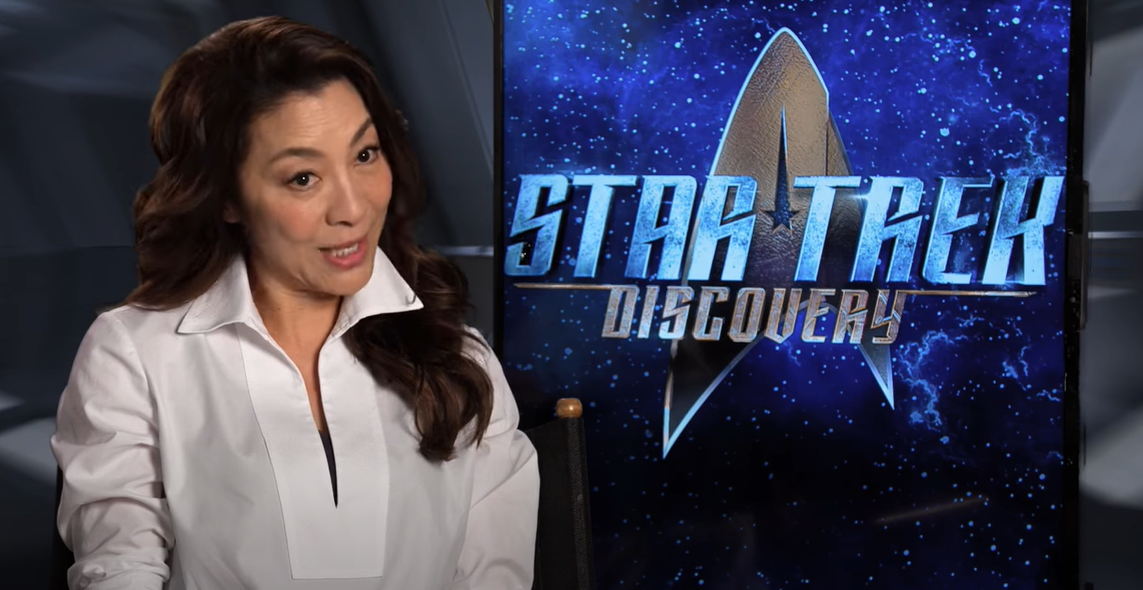 The series was announced back in January 2019 when Yeoh told Variety, “I’m so excited to continue telling these rich ‘Star Trek’ stories. Being a part of this universe and this character specifically has been such a joy for me to play. I can’t wait to see where it all goes – certainly I believe it will go ‘where no WOMAN has ever gone before!’”

At the time of the announcement, Variety claimed the show was being written by Bo Yeon Kim and Erika Lippoldt and executive produced by Kurtzman, Heather Kadin, Rod Roddenberry, and Trevor Roth. 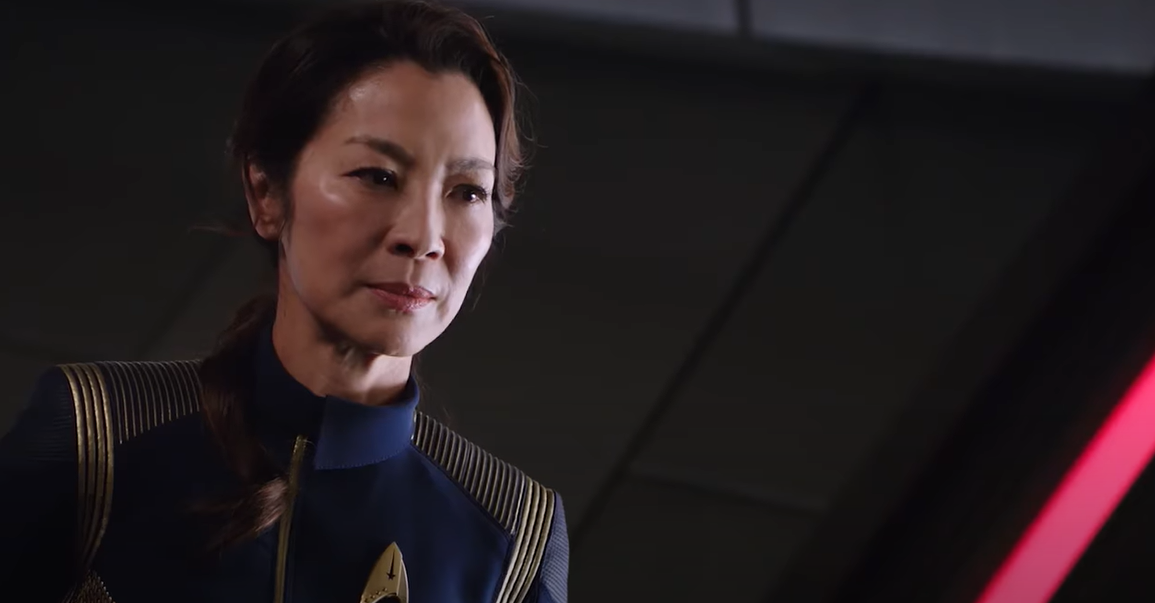 In December 2019, CBS All Access executive vice president of original content Julie McNamara confirmed the show was still in development and that scripts were being written and a writer’s room had been set up.

She told Vanity Fair, “We are very excited about the Section 31 show and Michelle Yeoh is excited to do it. She is in the current season of Discovery so she’s working on that right now but we have scripts getting written, and Alex has a writer’s room.” 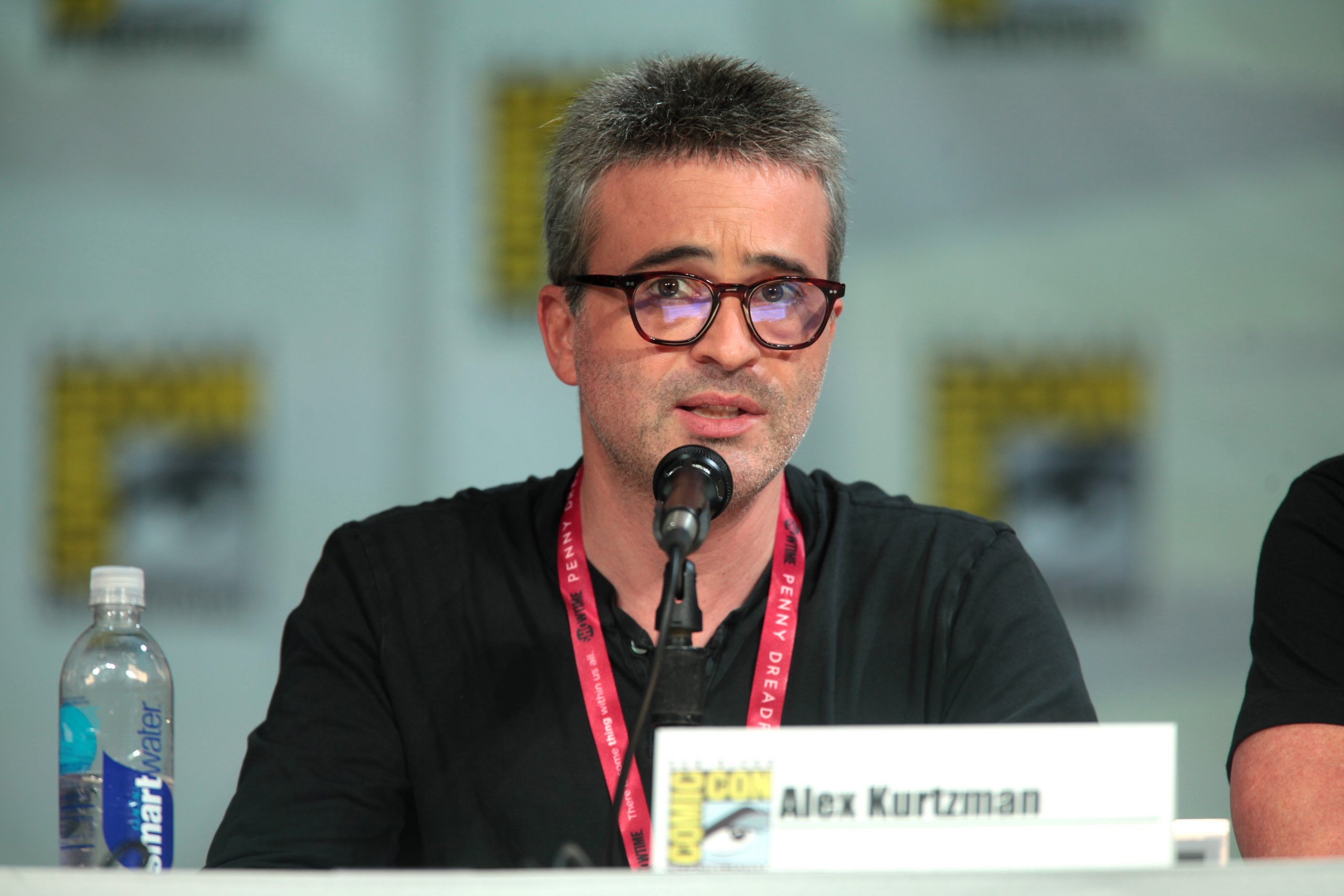 Kurtzman would also describe the show to Vanity Fair as a “sort of like black ops CIA division of Star Trek and it was established in Deep Space 9.”

He elaborated, “It occupies an area of the Trek universe that’s never really been explored geographically. It has a new mythology to it, which is very interesting. And it puts Michelle’s character to the test in a lot of ways that Discovery can’t. In some ways it will be her Unforgiven, I would say.” 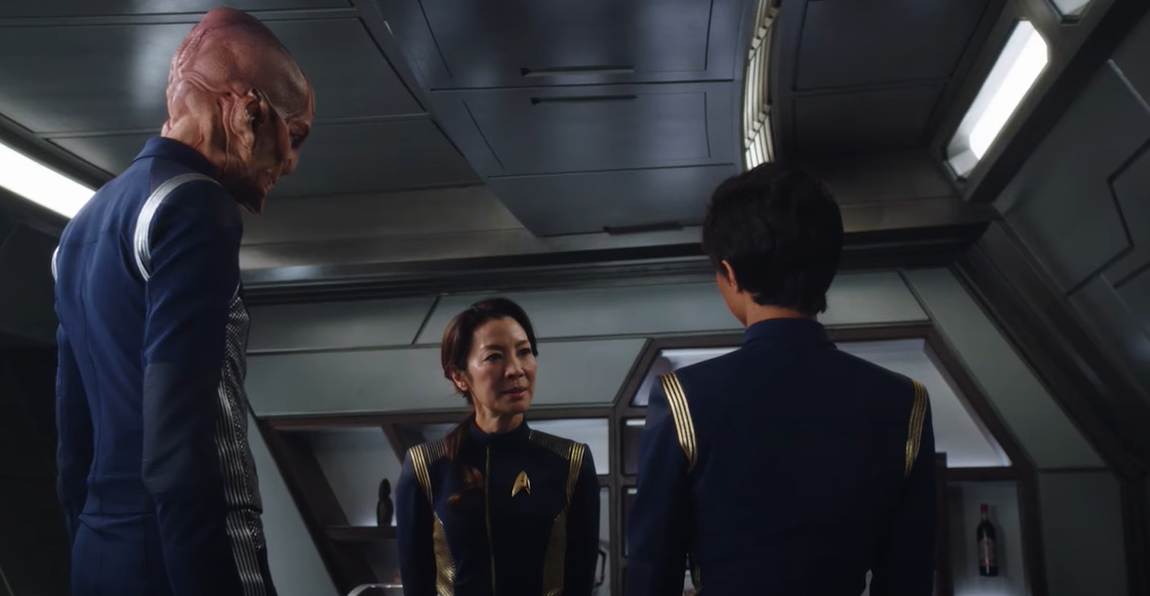 In February 2020, Kurtzman confirmed the show was still in development. He told Space.com, “”It’s well on its way, I can tell you that. And Erika [Lippoldt] and Bo Yeon [Kim] have written a great script and we have a writers’ room, and it’s exciting.”

Kurtzman even hinted that casting and filming on the show could take place soon. When asked about casting, he said, “I think that’s going to be happening soon.” When given a time table of three months, he replied, “Could be. Could be.” 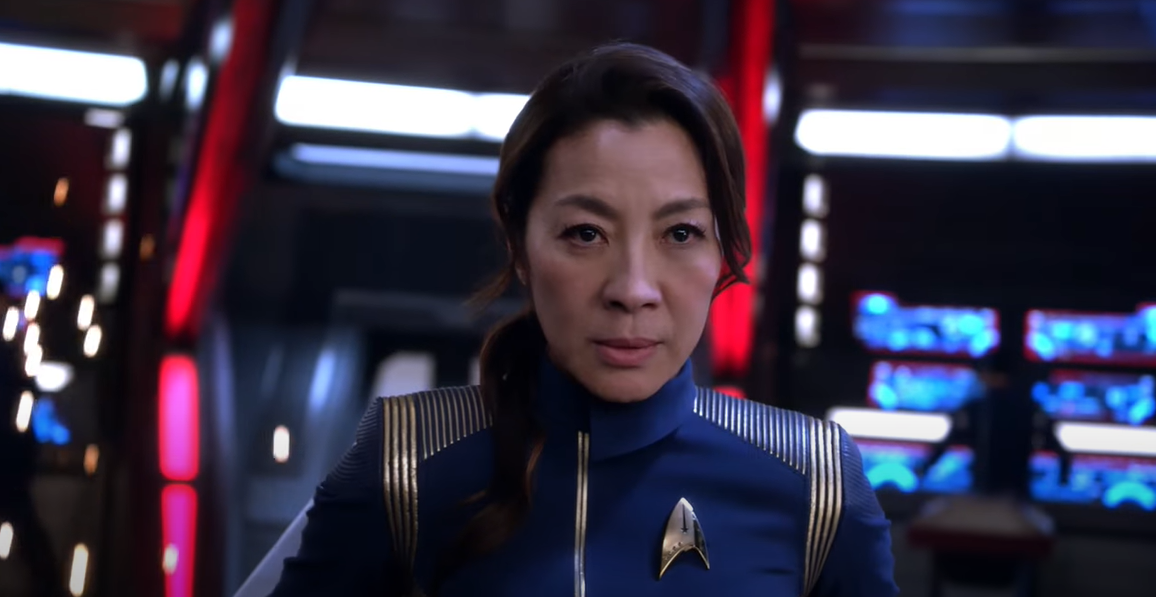 It didn’t happen and there wasn’t any movement on the show. In fact in February 2021, Julie McNamara, now the head of Paramount Plus programming indicated the show was a long way off.

She told Variety, “We’re very careful about curating the pacing  — the number of shows at any given time — and what those shows are, so that we make sure that it’s always exciting when there’s a new track show coming out.”

McNamara indicated they plan to debut “a new ‘Trek’ a quarter” on Paramount Plus.

McNamara added, “Whether there’s a show that comes up that feels additive and we should add that into the mix, or waiting for attrition of another ‘Trek’ show, we feel good about where we are.” 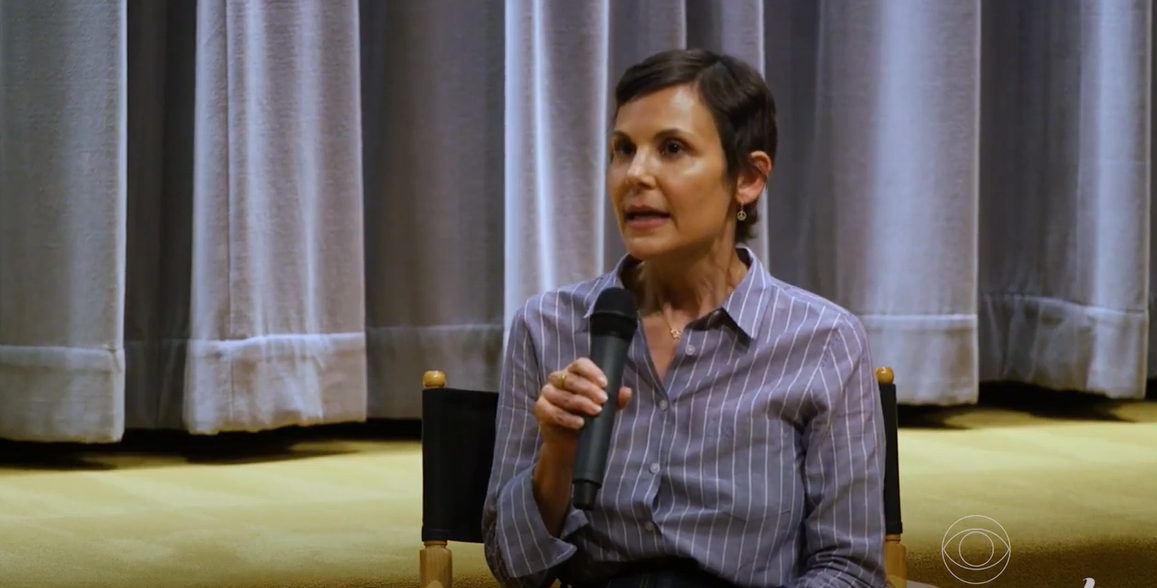 Now, an interview at the Producers Guild of America with Kurtzman, Michelle Paradise, Heather Kadin, and Olatunde Osunsanmi was recently published on YouTube where Kurtzman gives an update on Section 31.

He says, “We have a couple of scripts. And Covid, frankly, just changed the game for everybody and every show. So we were on a very specific schedule that then got thrown completely into whack because of Covid.”

The producer continued, “Even starting Discovery, we ended up starting Season 4, how many months later than we had originally planned? I mean everything got…Picard…everything, everything got pushed. The only thing that didn’t get pushed was the animated because obviously it’s animated.”

“We’re actually on a great track, I think, with Section 31 and I’m very optimistic about it,” he concluded. 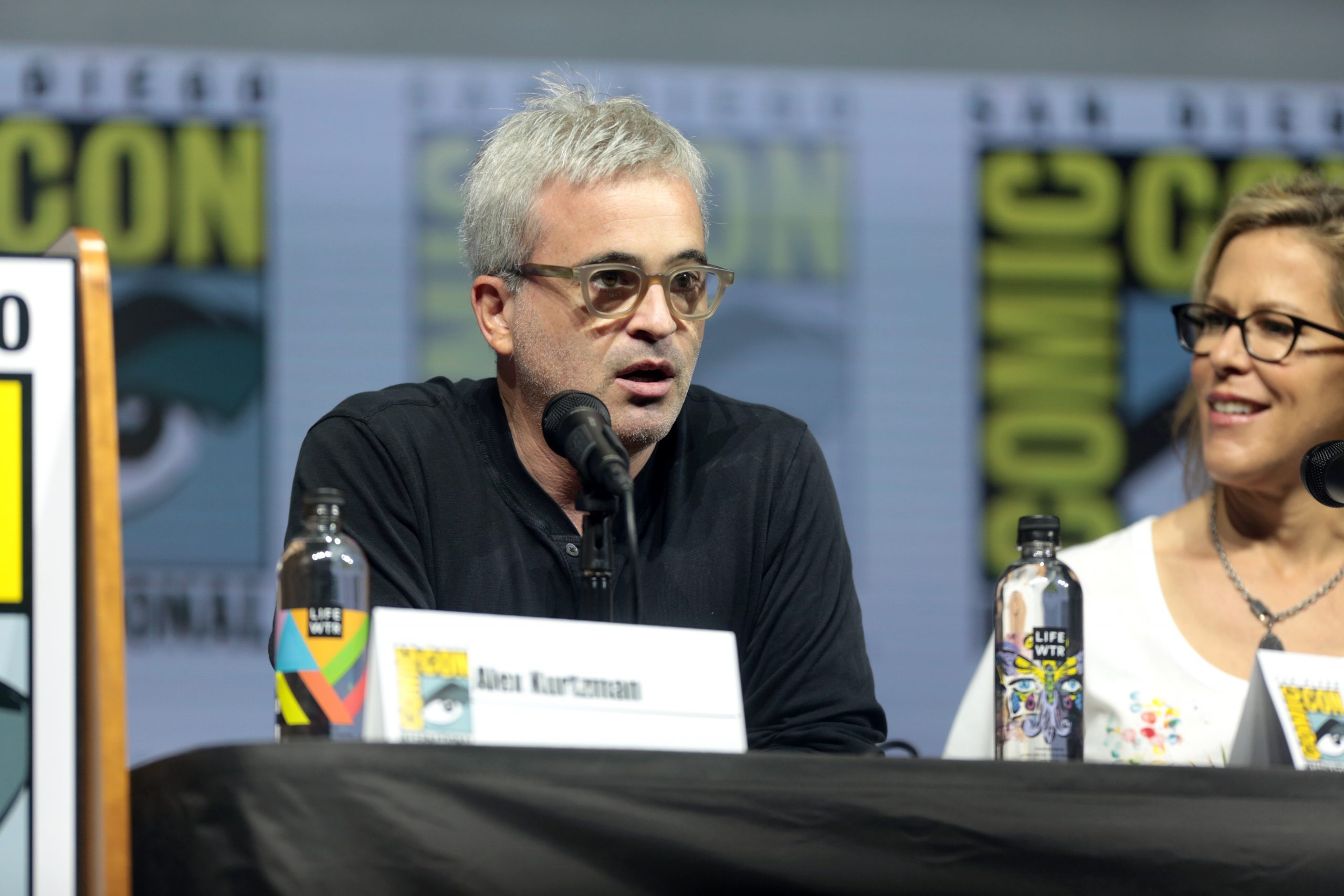 What do you make of Kurtzman’s brief update on Section 31? Do you think this show is still happening?