Fans left stunned by Legoshi’s announcement that he intends to drop out of school will soon have their chance to see just what such a decision will entail for the Beastars protagonist, as just three months after the conclusion of the series’ last episode, it has been officially announced that the popular anthropomorphic high-school drama will be receiving a third season. 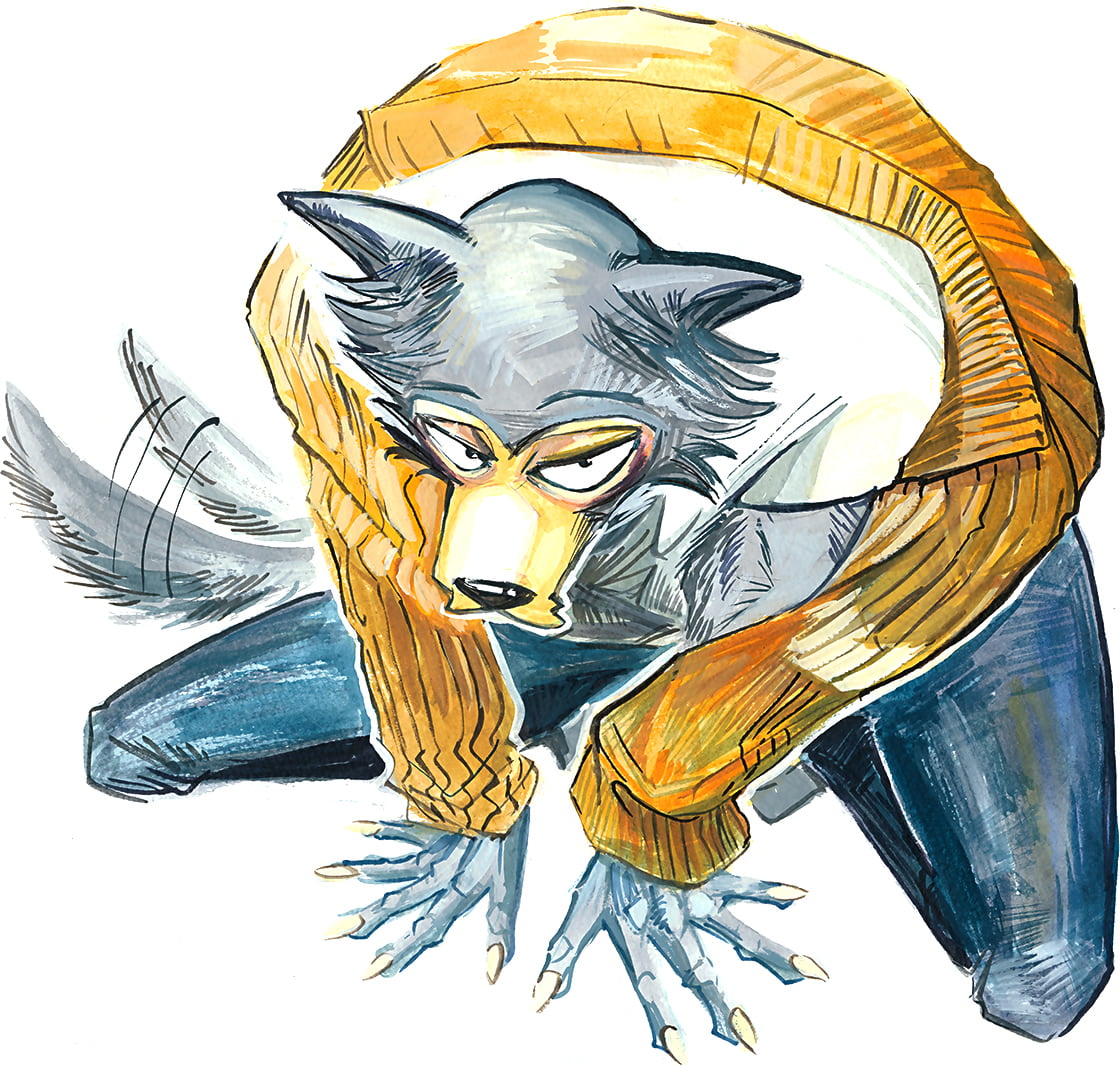 Beastars’ third season was officially announced on July 20th in a tweet from the anime adaptation’s official Twitter account, wherein it was revealed that “it is decided to produce a new chapter that depicts the continuation of the second period.” 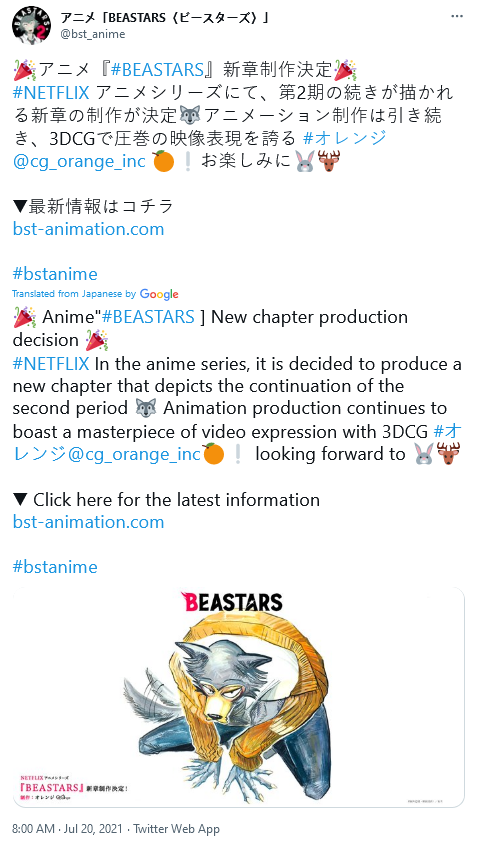 Orange simultaneously revealed that a “New Arc is confirmed” in a separate tweet sent from their official English language account.

“Thanks to everyone who supports our show,” wrote the animation studio. “Orange will continue to animate the show!” 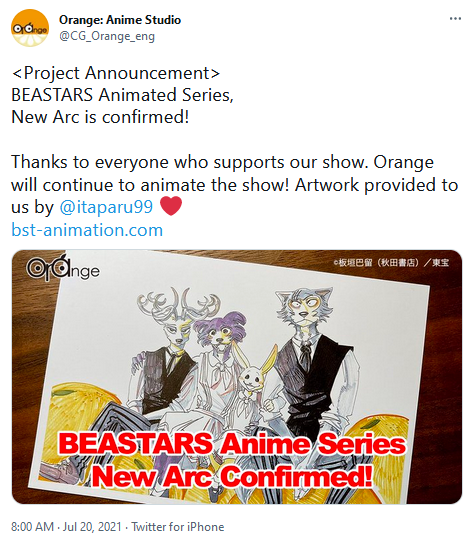 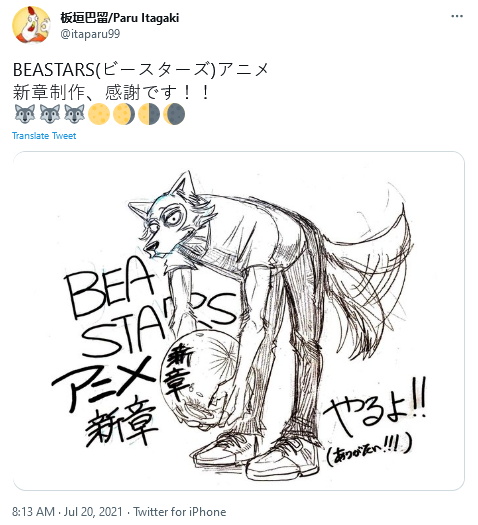 Interestingly, as observed by noted anime news Twitter account A.I.R. (Anime Intelligence and Research), it appears that Netflix, who licensed the series for broadcast, will have a bigger stake in Beastars’ production.

“BEASTARS anime announcement uses a new copyright, links to a new website, and refers to it as a Netflix anime series rather than TV anime,” wrote A.I.R. 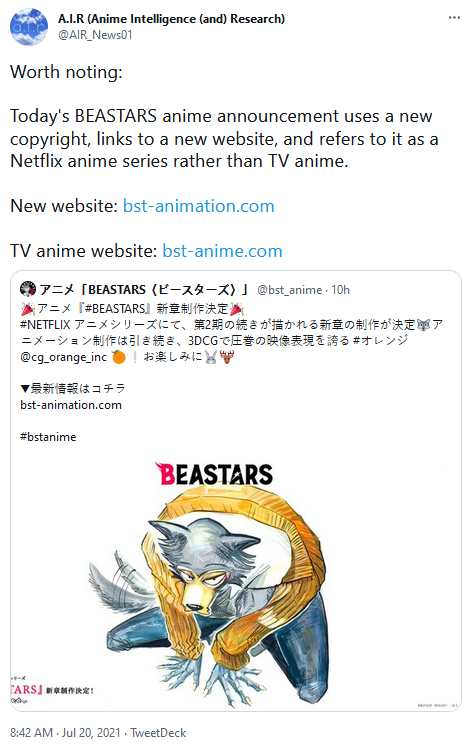 Are you excited for more Beastars? Let us know your thoughts on social media or in the comments down below!