A new rumor claims that Black Widow’s Florence Pugh will play a significant role in the upcoming Hawkeye series on Disney+. 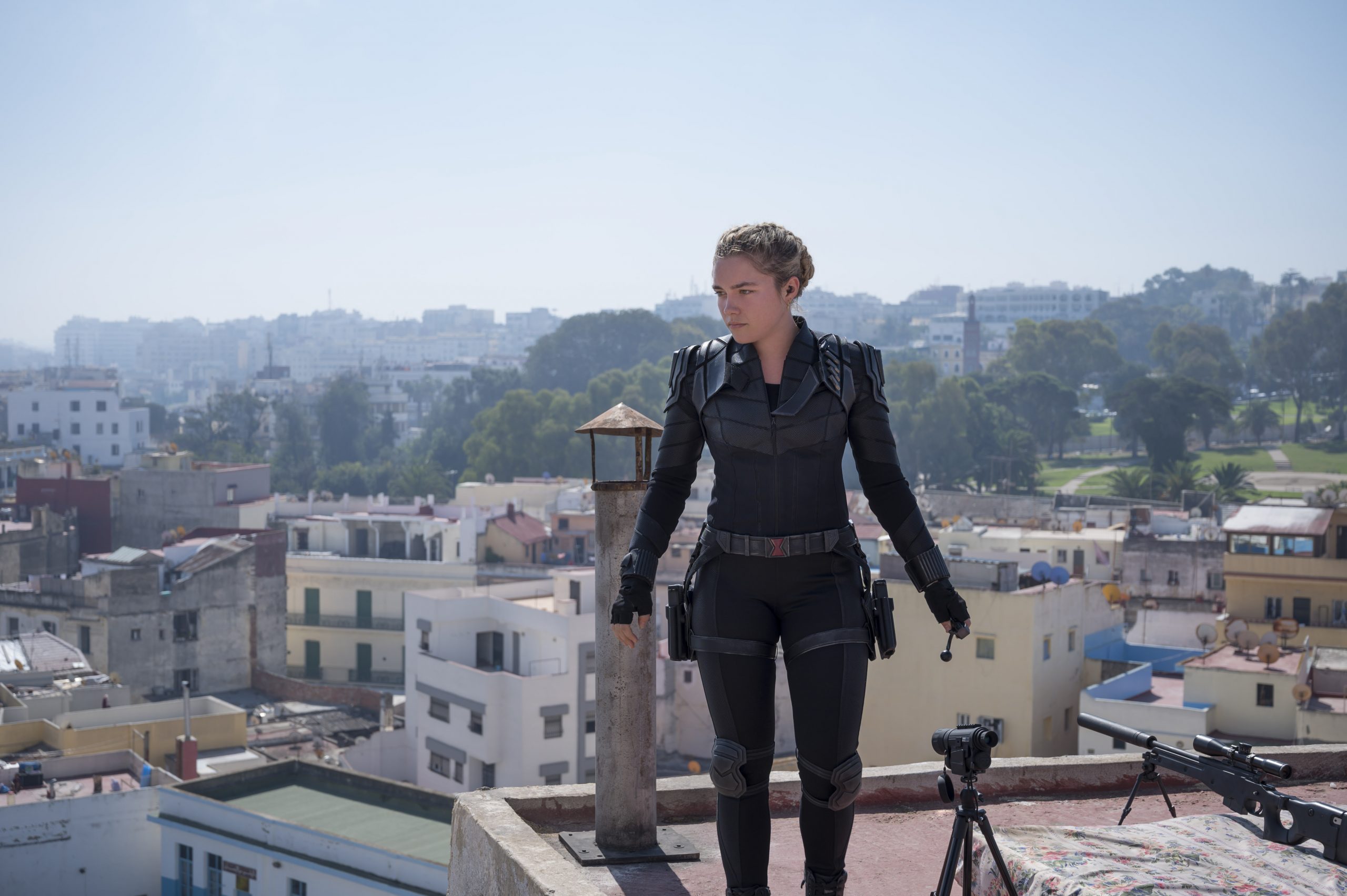 Pugh’s involvement in the show was announced by Variety back in December 2020 along with Vera Farmiga, Fra Fee, Tony Dalton, Alaqua Cox, and Zach McClarnon.

So it’s not a surprise that she would show up in the show. However, to what extent and how significant her role would be was still unclear. 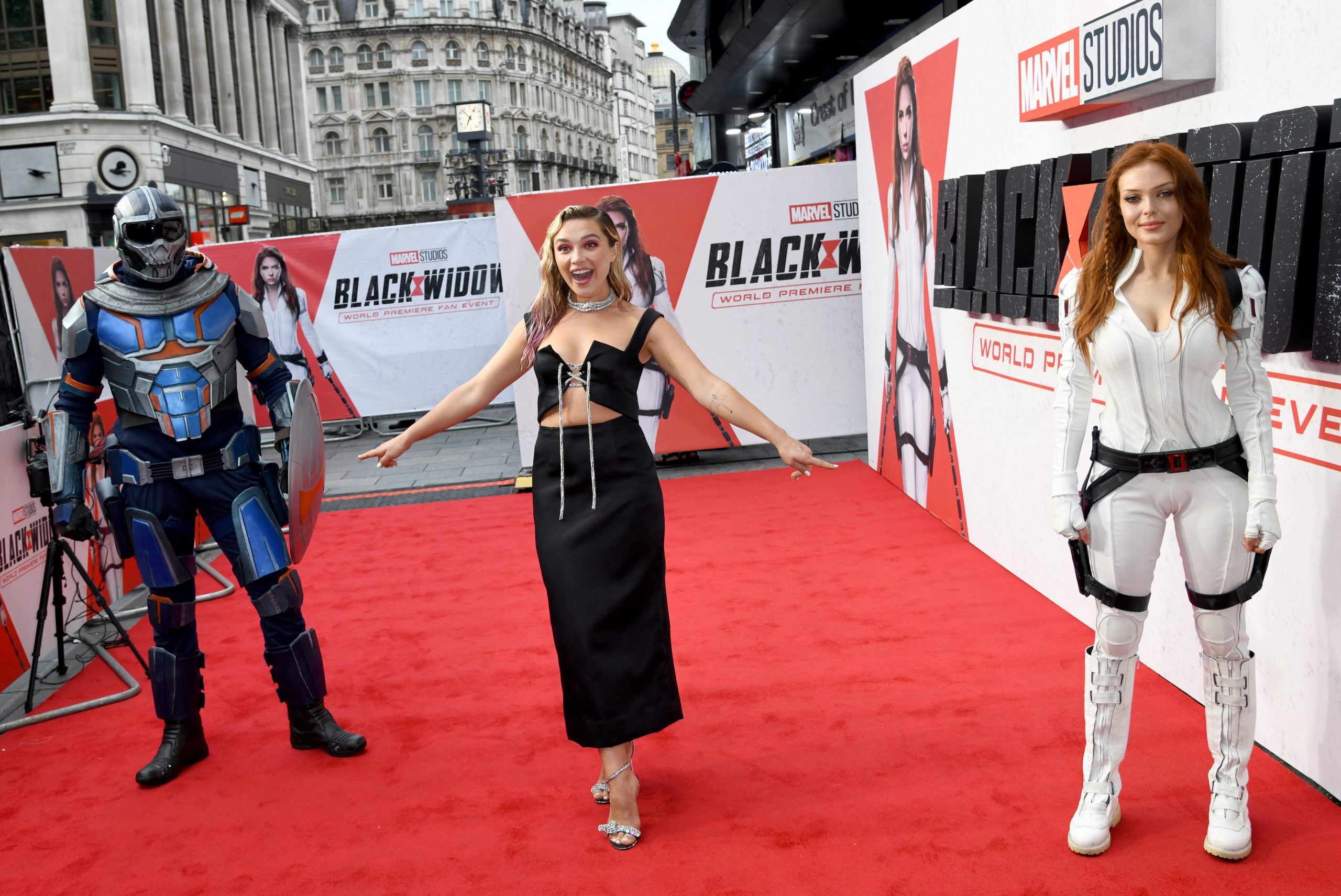 However, a new rumor from Lizzie Hill at The Cosmic Circus claims Pugh’s return as Yelena Belova in the show will be significant explaining, “This isn’t a cameo or minor one-episode appearance. I have confirmed with sources that I trust that she is in multiple episodes.”

As for what Belova’s role in the series will be, Hill writes, “I will add that knowing Pugh will appear as Yelena in Hawkeye; is very, very cool. Not just as a cameo, but with a significant enough part where we continue to explore her character and what happened to her after Black Widow, and perhaps even deal with her and Clint mourning Natasha in some ways.”

She also believes that Marvel Cinematic Universe fans will find out whether or not Yelena was dusted by Thanos in Avengers: Infinity War.

This comes from a recent Twitter watch-along of Black Widow where Marvel Studios boss Kevin Feige commented on the film and answered fans questions.

Feige specifically answered one question about whether or not Yelena was dusted.

He answered, “You will find out, but not on this Twitter thread.” 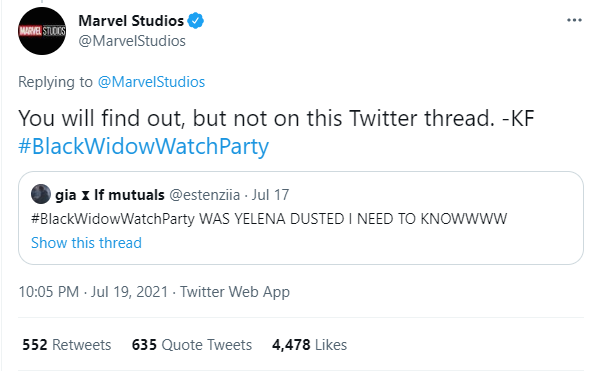 As for the claim about Yelena and Hawkeye mourning Natasha that’s an easy conclusion to draw given Black Widow’s post credit scene.

In the post credit scene, Yelena visits Black Widow’s grave where she is approached by Julia Louis-Dreyfus’ Valentina Allegra de Fontaine who hands her next target. It’s a picture of Hawkeye.

She then adds, “Maybe you’d like a shot at the man responsible for your sister’s death.”

What do you make of this new rumor? What kind of role do you think Pugh’s Yelena Belova will play in Hawkeye?