Netflix has revealed that Teela was given her ‘generic strong female’ design in Masters of the Universe: Revelation in order to portray her “with a more realistic muscular perspective” than any of her previous incarnations, as the streaming giant felt it “important that realism is included in the character design.” 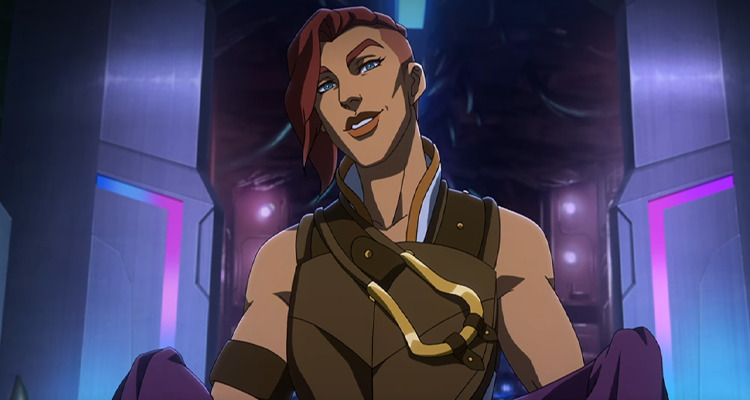 On July 28th, the Netflix Geeked Twitter account, whose content focuses on the platform’s various ‘nerd’ media, revealed to its followers that “the MASTERS OF THE UNIVERSE: REVELATION creative team was inspired by Wonder Woman and The Legend of Korra – designing the women of MOTU:R with a more realistic muscular perspective than their past iterations.” 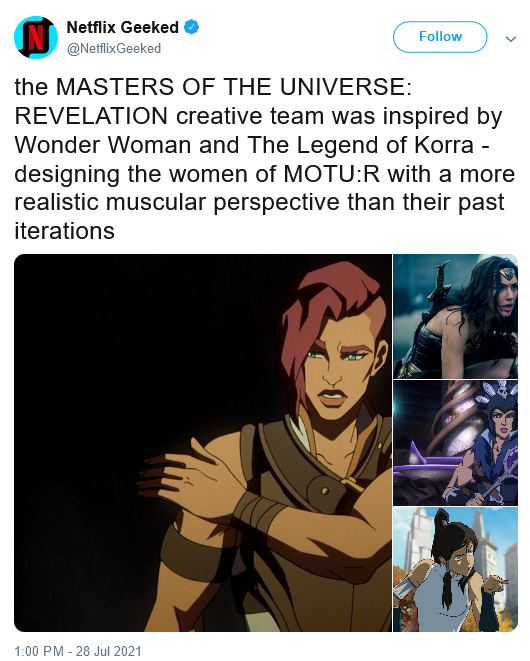 “In a show that allows a character to get a nice tan and become a total beefcake from holding up a piece of metal and saying a quick one liner, its [sic] really important that realism is included in the character design,” they added. 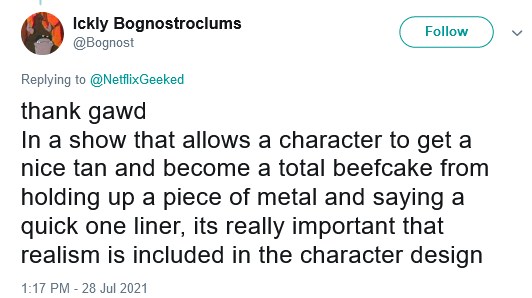 However, the brand account soon fired back, declaring, “when women are often drawn unrealistically in so many forms of media? Yeah. its really important that realism is included in the character design.”

Of course, Netflix Geeked’s attempt to portray their less-than-well received Teela design as some sort of ‘moral good’ was soon met with a wave of criticism, with many fans noting that not only did Teela not look ‘realistic’, but also that such realism was quite obviously not an issue taken under consideration when designing the show’s male characters.

“Realistic?” asked @Yeticast. “Teela injected the worlds [sic] supply of steroids in this show. There is no resemblance to Gal Gadot’s Wonder Woman.” 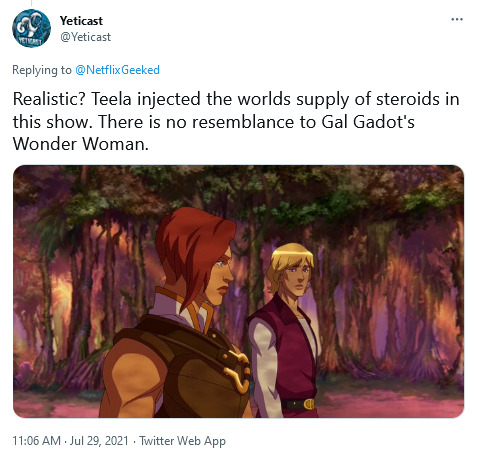 “In fact the OG version is more normal and a ‘realistic’ and achievable body shape than the new one,” they added. “I suspect ‘realistic’ is woke for ‘less likey [sic] to be found hot by men’ Idk”. 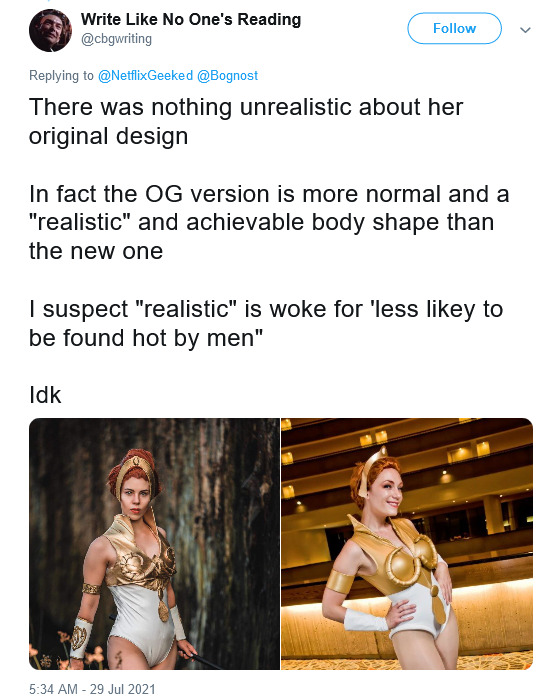 @Elvick found themsleves baffled by how “Gadot and Korra don’t even have bodies like the ones in Teela’s crappy show,” asking rhetorically, “Can they stop lying?”

“I like Gadot as WW,” they stated. “But she’s hardly muscular, it’s my main criticism of her in the role. Well and some poor line delivery at times.” 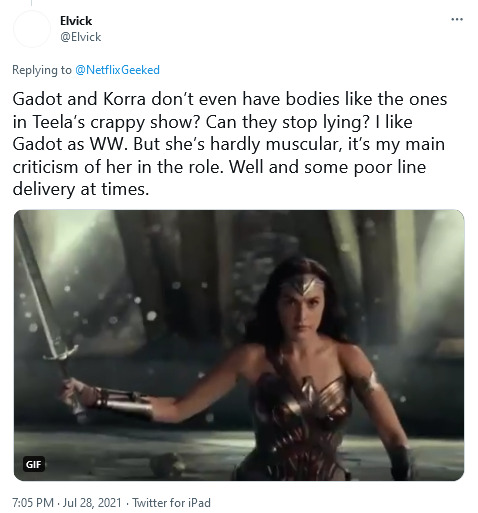 Alongside a side-by-side comparison of He-Man’s original and Revelation designs, @StevenTheArtist offered his own sarcasm, telling Netflix Geeked that he was “So glad to see the men of MOTU:R have been designed with a more realistic muscular perspective than their past iterations as well.”

“The unfair standard of masculinity in the original cartoon was very harmful to the self esteem of young boys,” he further mocked. 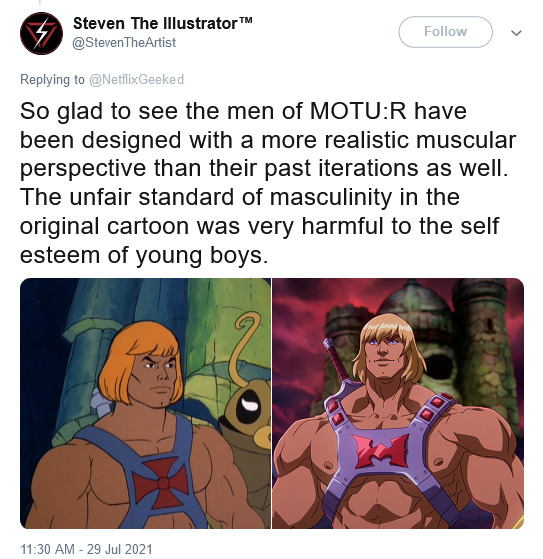 What do you make of Netflix’s explanation of Teela’s updated design? Let us know your thoughts on social media or in the comments down below!