Popular Brazillian streamer Raulino de Oliveira Maciel, better known by the handle RaulZito, has been arrested by local authorities after two children alleged that the colorful internet personality had used the pretense of developing their gaming careers to sexually assault them. 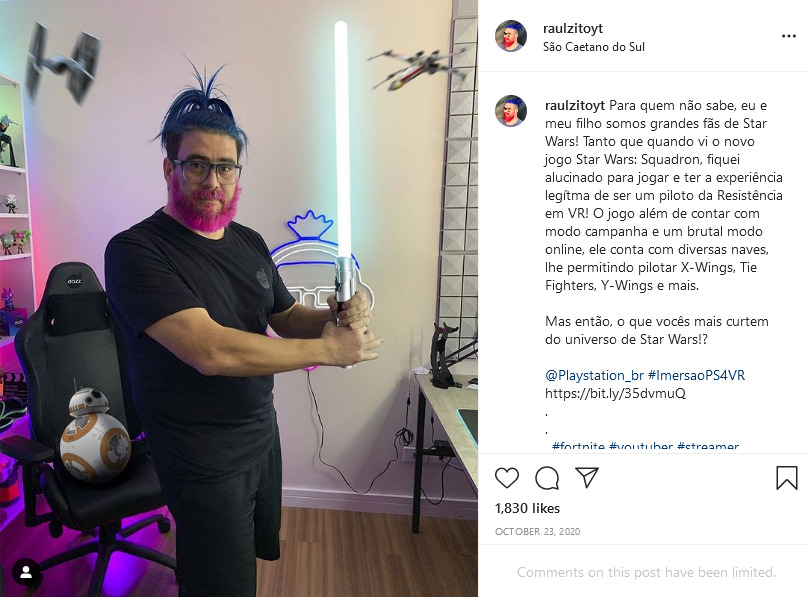 According to an official report published by the Rio De Janeiro civil police force, Maciel was arrested on July 27th after the parents of two individuals aged between 10 and 14, one male and another whose gender has not been specified, reported that their children had been molested by the streamer earlier this year, with the mother of the latter child reporting that the crimes had occurred between February and May of 2021.

In their report, the Civil Police of Rio de Janeiro’s Department for Child and Adolescent Victims (DCAV) asserted that, “according to the investigations, through his Instagram profile, the accused forced contact with the children and promised access to jobs in his area of ​​expertise, even claiming to be hired by a major TV station.” 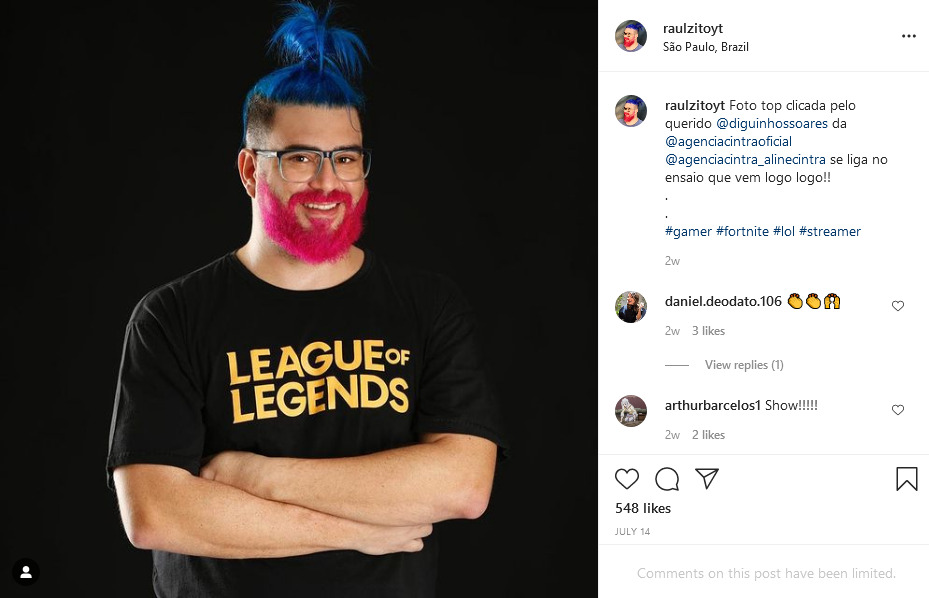 However, though he was only charged with the offenses against the two aforementioned children, local reports assert that authorities believe there are more victims.

As of writing, details on the exact natures of Maciel’s alleged crimes are scarce, as authorities have sought to keep their investigation “under wraps” for the time being. 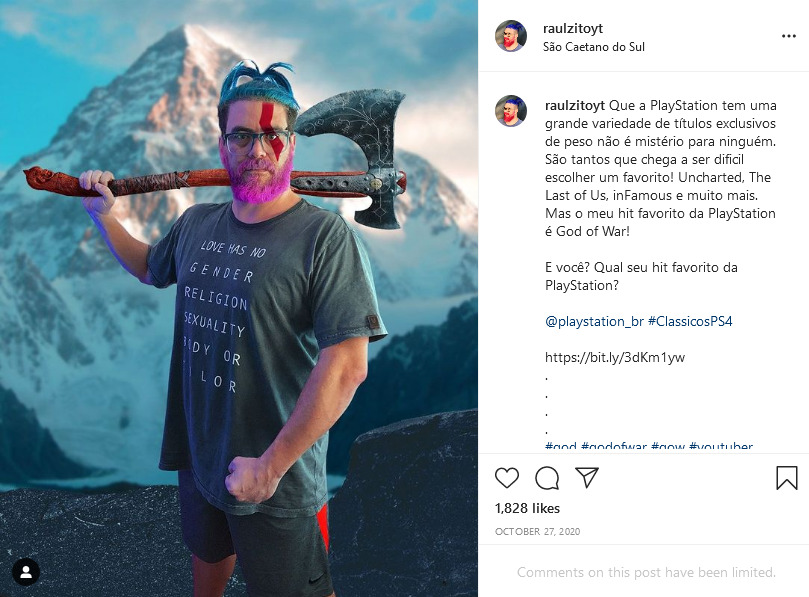 A popular Fortnite-centric streamer with 207,000 Instagram followers, 118,000 Twitch subscribers, and a YouTube channel with 144,000 subscribers, the ‘about’ section for Maciel’s said YouTube channel notes that it would serve as a hub for “all the contents of my Headquarters, the HQ RzT,” which he wrote “is composed of several child talents and we will bring you a lot of fun in your daily life, several challenges and differentiated content for all ages.”

In the wake of his arrest, Maciel’s now-former esports team, SBT Games, released a statement announcing that they had cut ties with the streamer and are “awaiting clarification of the facts and the result of the investigation”. 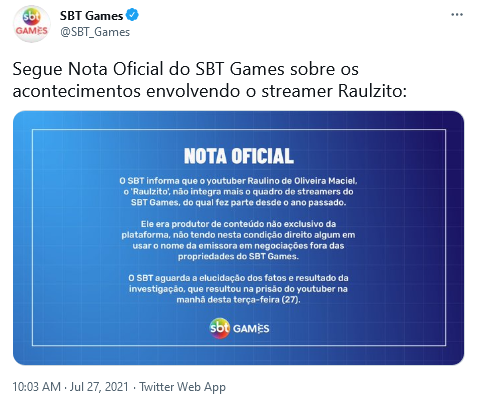 What do you make of Maxiel’s arrest? Let us know your thoughts on social media or in the comments down below!