According to Disney, their recent theme-park-ride-based adventure film Jungle Cruise premiered to “an estimated total of more than $90M globally,” a figure, which if accurate, falls markedly short of the opening weekend haul of the company’s previous dual-theater-and-streaming release, Black Widow. 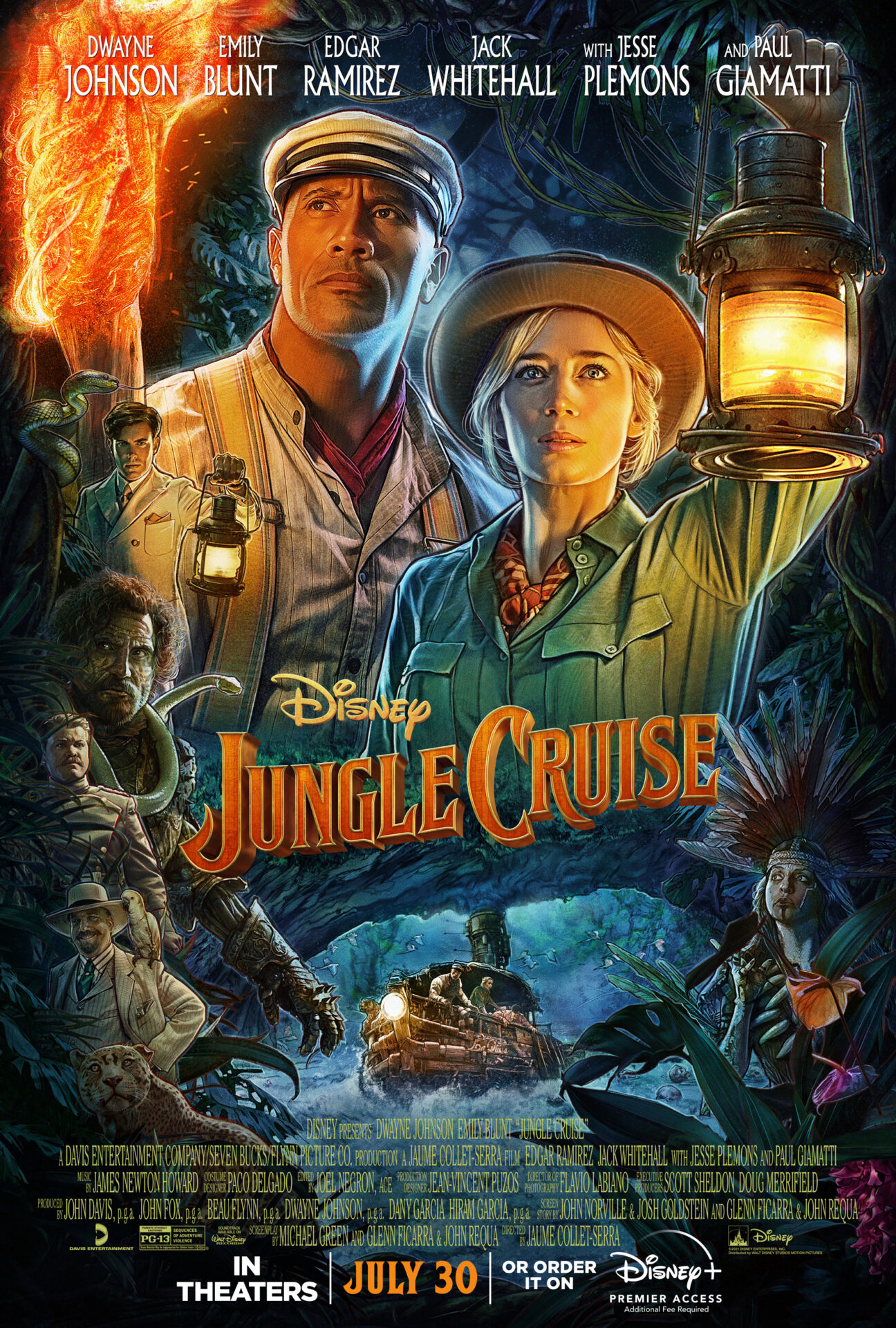 As announced by Disney in a press release sent to the media on August 1st, Jungle Cruise “debuted at #1 this weekend, opening to an estimated total of more than $90M globally, including $34.2M in domestic box office, $27.6M in international box office, and over $30M in Disney+ Premier Access consumer spend globally.”

“Jungle Cruise is the perfect summer adventure film, bringing a beloved theme park attraction to both the big screen and living rooms in a way that only Disney can,” read the press release from Disney Media and Entertainment Distribution. “We remain focused on offering consumer choice during these unprecedented times, and it is clear that fans and families value the ability to make decisions on how they prefer to enjoy Disney’s best-in-class storytelling.”

Interestingly, Jungle Cruise pulled less on Disney Plus than its Marvel predecessor, which reportedly pulled approximately $60 Million USD from the streaming service in its debut weekend, near-exactly 50% more than the Dwayne “The Rock” Johnson and Emily Blunt-led blockbuster’s $30 Million USD.

Currently, Jungle Cruise holds a 63% ‘fresh’ rating from 270 critics and a positive 93% rating from over 2,500 verified site users on Rotten Tomatoes. However, despite the overwhelmingly high audience score, critics are decidedly divided on Jungle Cruise, as evidenced by the middling grade the film received amidst their consensus.

Reviewing the film for the San Francisco Chronicle, critic Mick LaSalle described Jungle Cruise as “a first-class production of an empty concept” with “an utterly dead script.”

“Director Jaume Collet-Serra is able to inject graceful visual touches, such as when a point on a map morphs into the actual location,” he added,” But it’s like giving a transfusion to a corpse. Talented people need to stop lending their artistry to doomed, big-budget rubbish.”

In the opinion of Vanity Fair’s Richard Lawson, Disney’s latest release suffers from “the demands of the enterprise”, noting that “Jungle Cruise tries strenuously to re-create the delicate balancing act of Pirates, which juggled analog swashbuckling with supernatural flights of fancy, contemporary sardonic humor with old-fashioned cornball patter.”

“But there is no Johnny Depp-esque centerpiece to send the whole thing spinning into dada art—and without that leavening energy, it’s too easy to see the strained seams of the project,” laments Lawson. “Pirates was a rollicking surprise; Jungle Cruise feels only grimly inevitable.”

Publishing his thoughts in The Atlantic, writer David Sims asserted that, while “Jungle Cruise has moments of trashy fun, (such as [Jesse] Plemons’s goofy performance), this particular film overall is smoothed out in service of broad Disney accessibility.”

Interestingly, though critics who positively reviewed Jungle Cruise claimed to enjoy the film, many appeared to struggle to find any element of the film to compliment, instead resigning to simply admiring its quality as a ‘popcorn flick’.

Though her review is marked as positive, io9’s Valerie Cox spent a good amount of her article passionately expressing how she found “some of the choices by writers Green, Ficarra, and Requa are baffling as hell.”

“Jungle Cruise often made me wonder what the writer’s choices were and what were Disney’s script-changing suggestions because the vibe while watching it all play out teetered between joy, confusion, and asking myself, “Why would they do that?!” concluded Cox.

Likewise, in a ‘fresh’ review from Peter Travers for ABC News via Good Morning America, the critic described Jungle Cruise as “a goofball throwaway that just wants to give family audiences a thrill ride down the Amazon, and it begs to be compared with another Disney excursion, ‘Pirates of the Caribbean,’” but noted that this was the film’s “problem”.

“‘Jungle Cruise’ borrows so heavily from ‘Pirates,’ not to mention ‘The Mummy’ and the incomparable ‘Raiders of the Lost Ark,’ that it’s basically a knockoff.” explained Travers. “‘Jungle Cruise’ may be dim, dopey and derivative, but the kids will love it, and like the Metallica song in the film, ‘nothing else matters.’”

“The longer one thinks about Jungle Cruise, the less it really holds up, but moment to moment, there’s always something exciting happening,” admitted Karen Han in her review for Slate. “While it might not return with previously unseen treasures, what it does rummage up pairs perfectly with a large bucket of popcorn and a slushy drink.” 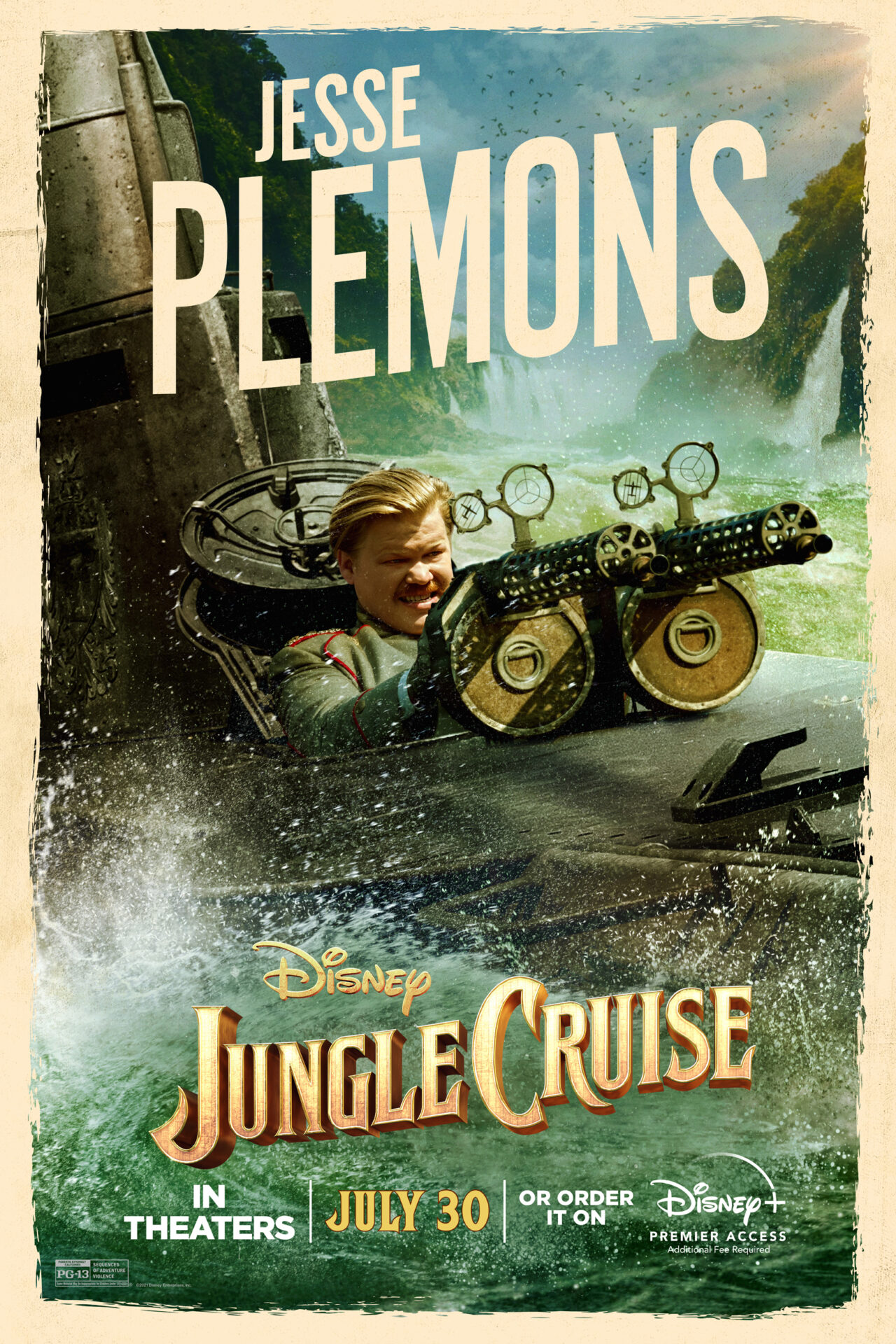 What do you make of Jungle Cruise’s opening take and critical reception? Let us know your thoughts on social media or in the comments down below!