In their recent fansub of a Digimon Tamers stage play performed during the recent DigiFes 2021 event, English fansub group The Wild Bunch included a warning at the beginning of their release warning that “this program promotes far-right politics and conspiracy theories” due to its featuring of “Political Correctness” as its story’s villain. 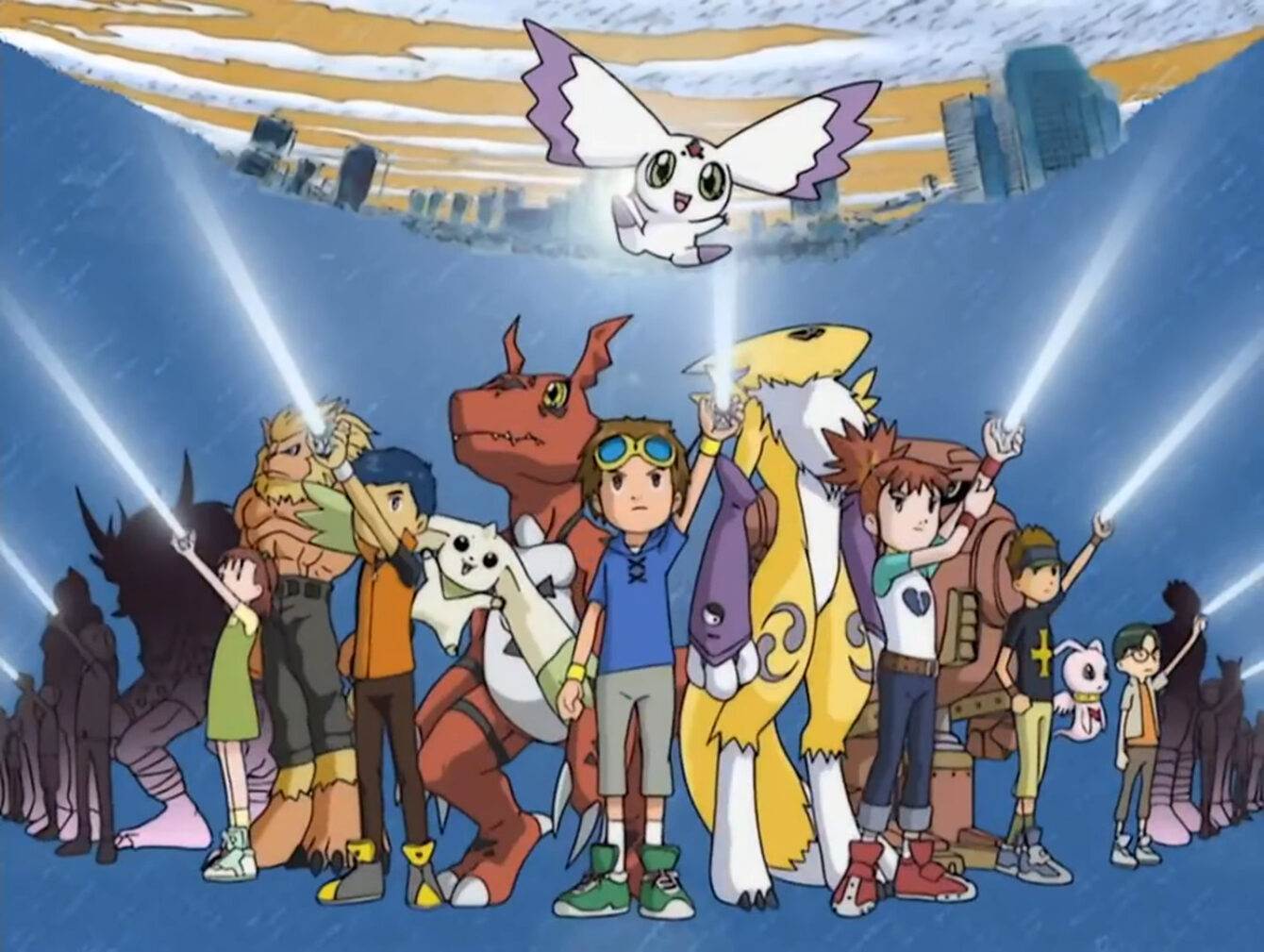 Added to the released ostensibly based on the fact that the Konaka’s script negatively portrays the concepts of “political correctness”, “censorship”, and “cancel culture” as societal threats, The Wild Bunch’s warning further notes, “The views and opinions expressed herein do not reflect those of [partner fansub group] DATS and The Wild Bunch.” 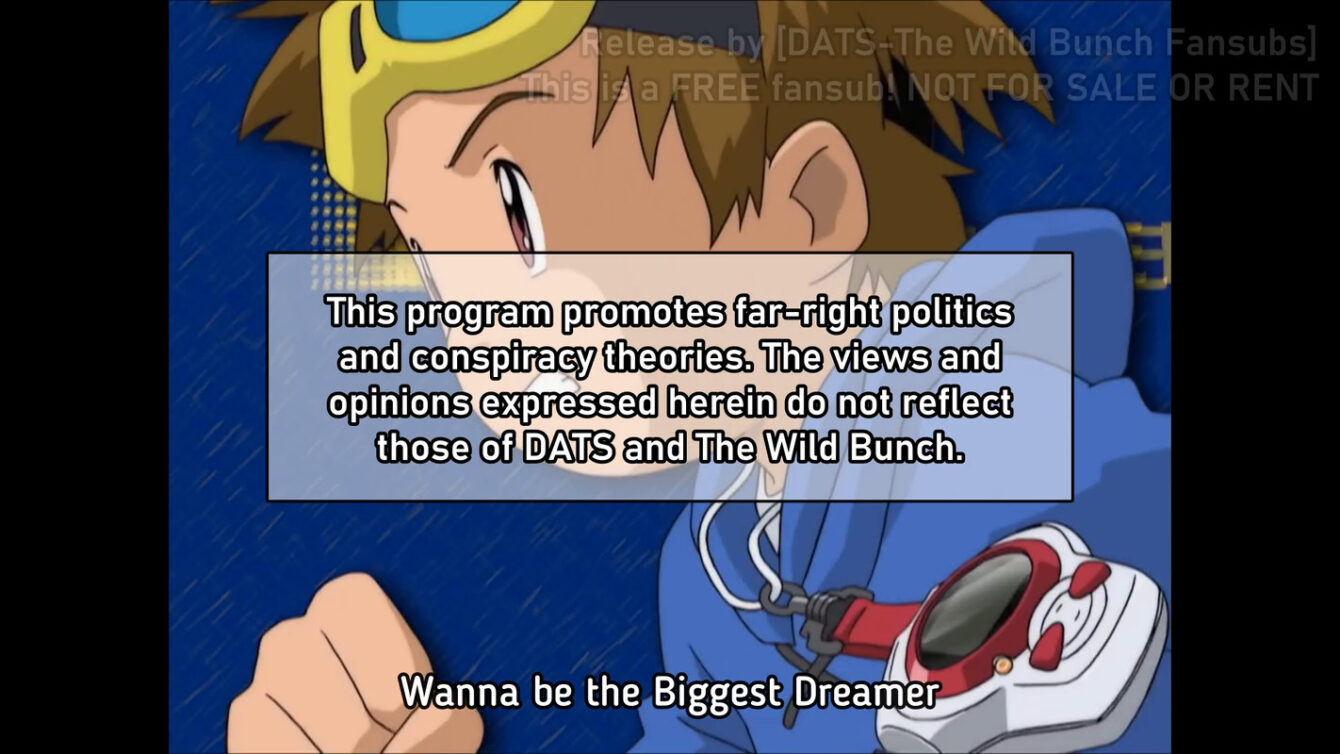 Beginning with a brief recap of what they’ve each been up to since they fought alongside Crimson Gallantmon to save the world from the D-Reaper (or Locomon if one counts the sixth Digimon movie), the Digimon Tamers’ long-awaited reunion is soon interrupted by Hypnos leader Mitsuo Yamaki, who asks “How much longer are you going to be doing this fluffy friendship story?”

“A new threat is approaching even as we speak!” exclaims Yamaki. “And what does the government do? They form the Digital Reform Bill [a recently passed Japanese bill which aims to digitize the country’s government, which has faced criticism for the potential of the information digitized to be abused and stolen] now, of all times, and it passes, but handling personal information is considered secondary?!” 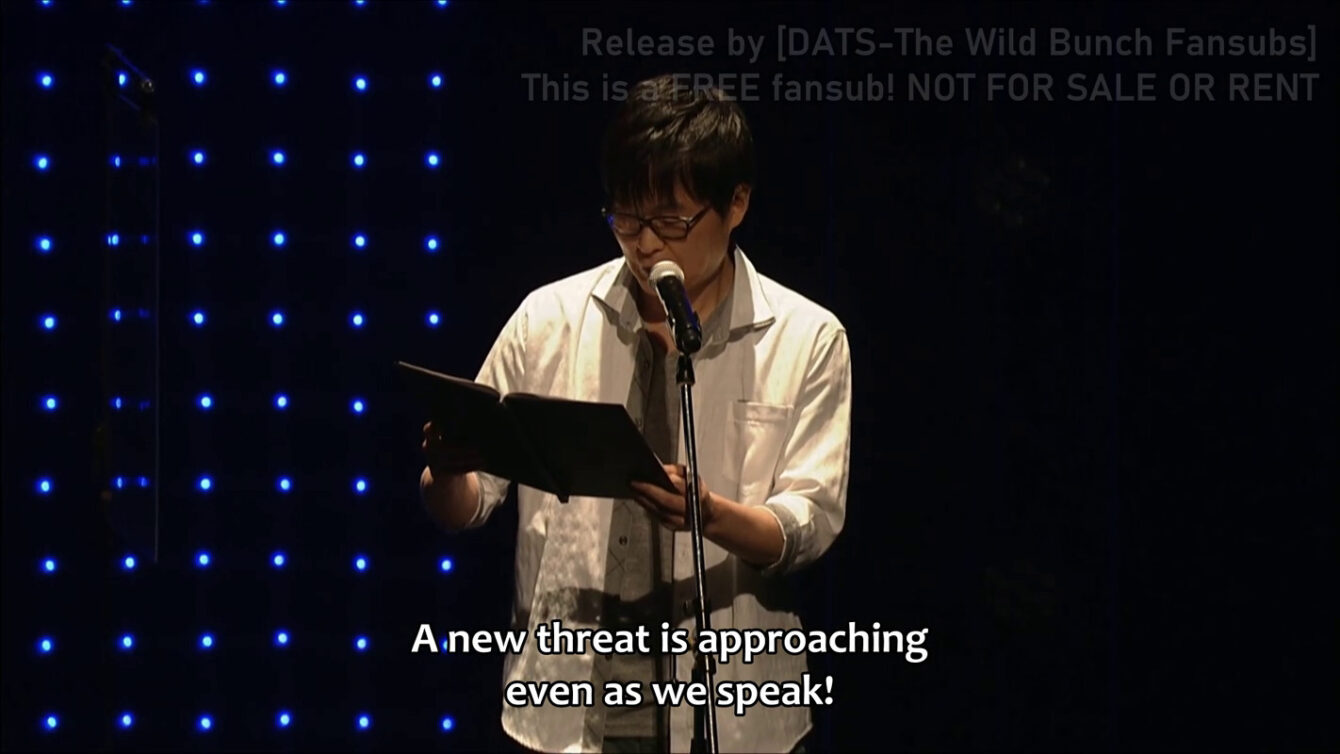 Confused by his exasperation, Lee Jianliang proceeds to ask the Hypnos leader, “What is this new threat you mentioned? I didn’t see anything on NYX’s monitors”, to which Yamaki replies, “You don’t know?! Are you telling me that you’re overlooking the worst possible disaster that has struck the Internet and media?”

“You don’t see it?” Yamaki continues. “The dark shadows that have fallen upon the Internet! The terrifyingly increasing pressure to conform to a single value system, where anyone who objects is removed!”

“Censorship on the internet is rampant and real news covered up by fake news!,” he adds. “People with a different opinion have their online accounts terminated! Even alternative perspectives are set out to be crushed by fact checkers so only uniform answers can exist! At this point, people’s daily lives are controlled by information on the Internet!” 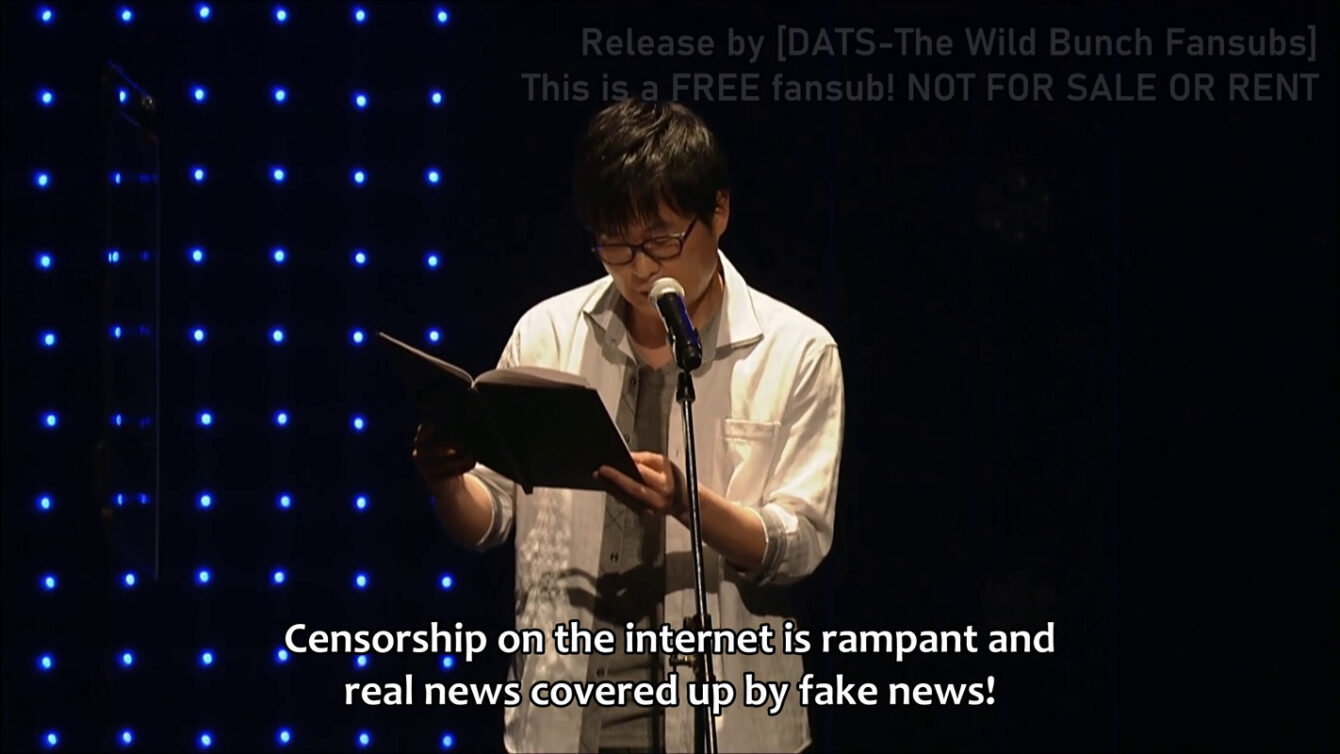 Taken aback, Jian answers, “Chief, what you’re talking about is the paradox of tolerance, right? That’s indeed a serious problem. But NYX’s mission is to investigate and counteract negative influences from the Digital World that affect the Real World.”

“You don’t see the dark clouds approaching us here?” asks Yamaki. “Soon, they will engulf the entire Earth and use its fearsome power to strip humans of our inherent free values by the roots!”

Asked once again “What is it!?”, Yamaki reveals, “Extreme political correctness. Now is exactly the time for Tamers and Digimon to take a stand!” 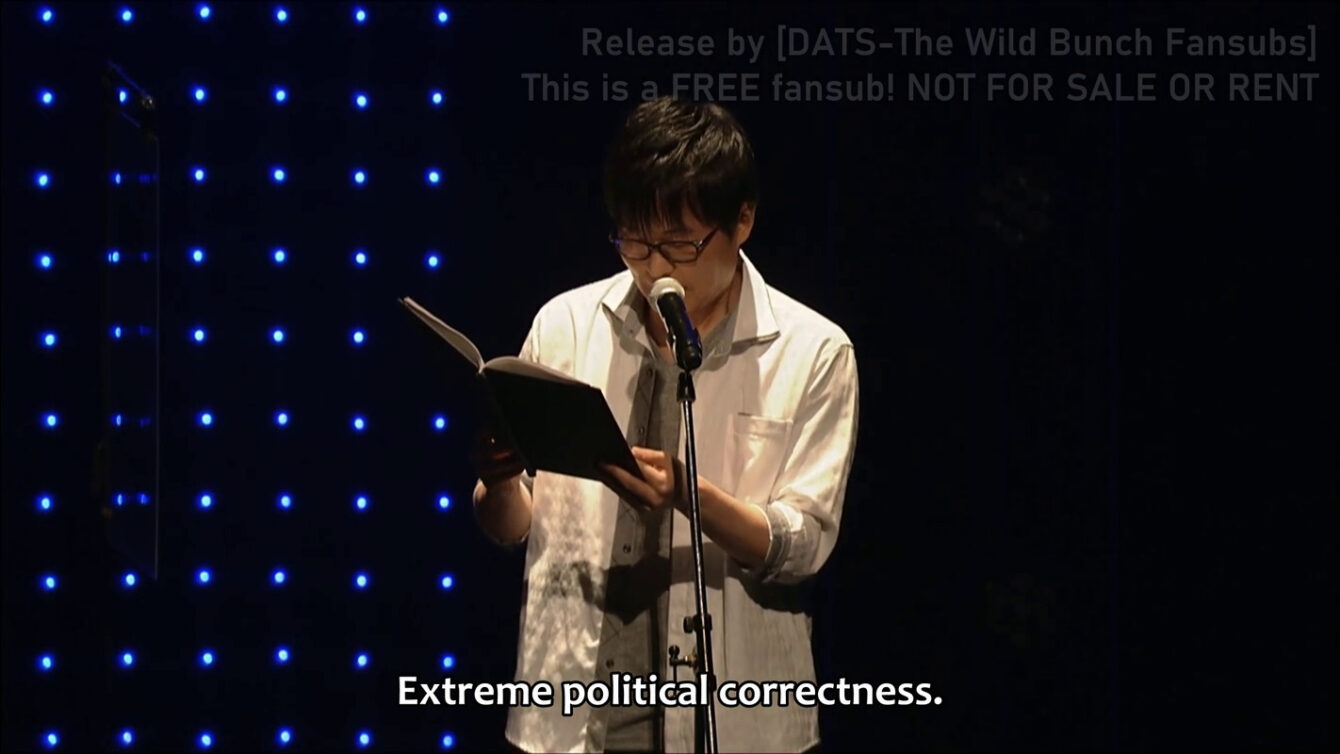 Shortly after Yamaki gives his warning (and Impmon makes a reappearance), the group is attacked by a mysterious entity “materializing above the skies of West Shinjuku”: the aforementioned Political Correctness.

Though the Tamers and their Digimon Partners are quick to leap into action to combat their newly formed physical opponent, the entity soon responds by “activating” its “Cancel Culture” attack.

However, before Political Correctness can unleash the full might of its attack, it is interrupted by a transmission from Guilmon and Renamon, whom the Tamers ask for help before the script reading comes to a cliffhanger ending. 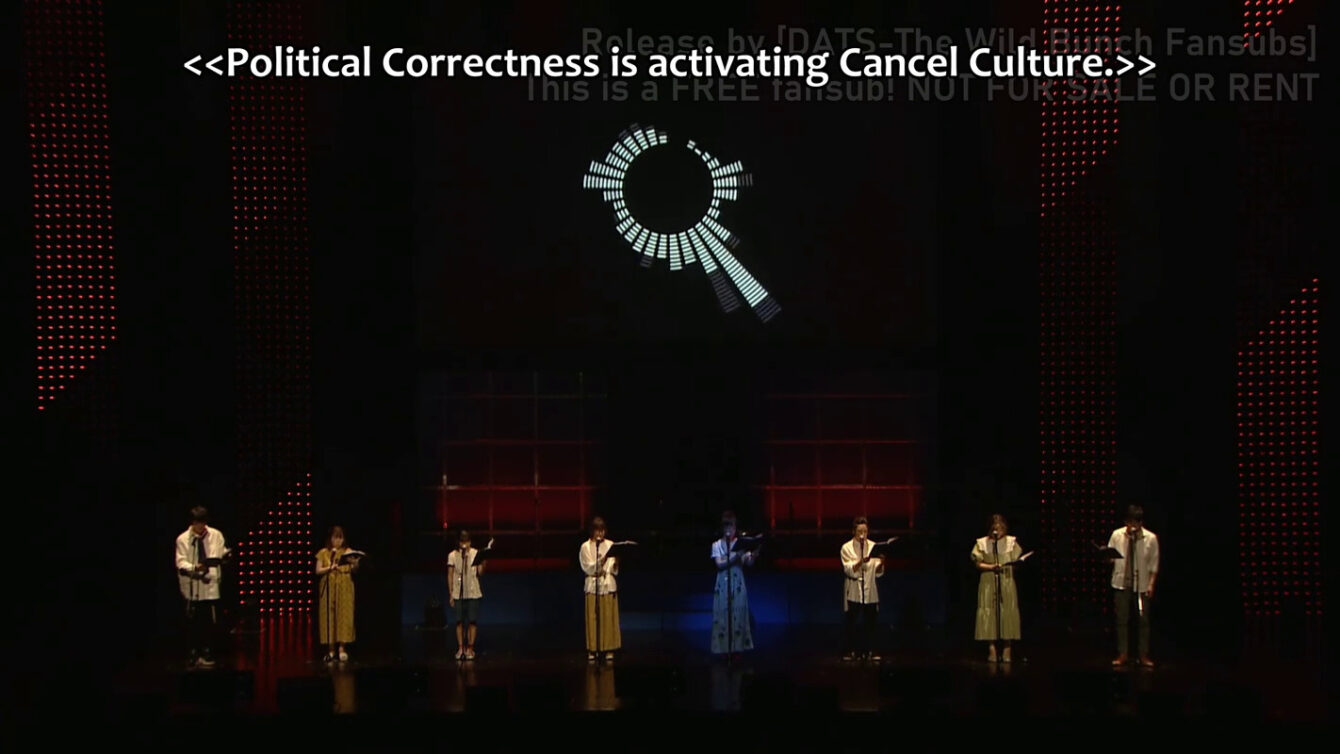 In a statement posted to their official website, The Wild Bunch explained to their viewer that “There were numerous reasons under which we decided to make this hardsubbed and watermarked.”

“The content warning at the beginning of the video was put in after long deliberation as well (personally, while I was looking forward to subbing the skit on the days before DigiFes, I became hesitant once I saw what the content was about),” reads the statement. “While we typically credit all individuals who worked on any of our projects, we have decided to keep individuals unnamed this time around for similar reasons. We ask that you respect these wishes.”

“We decided to release this under DATS and The Wild Bunch for sentimental value,” the fansub group clarified. “While this is not how we would normally want to release something to the general public, we genuinely thank you for your support.” 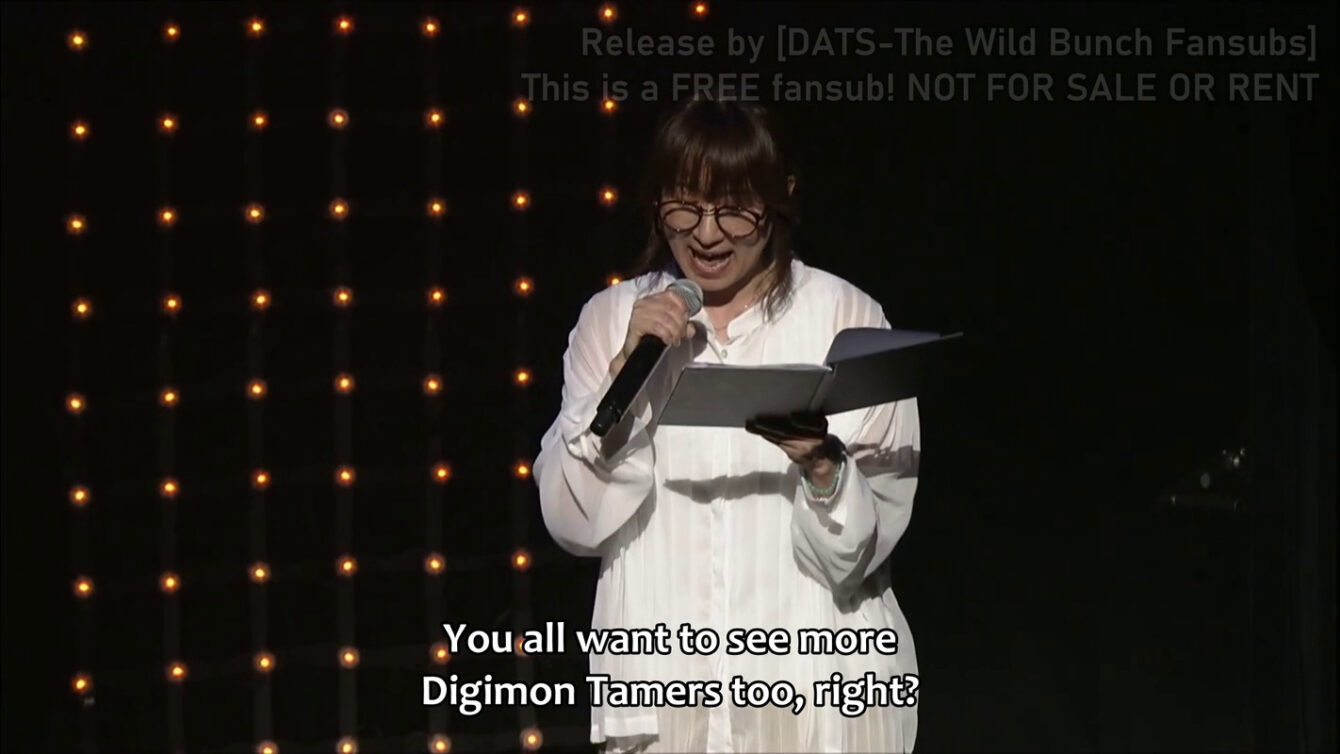 On Twitter, the group followed up their initial statement by declaring that they “absolutely discourage and condemn anyone approaching the official staff about this.”

“We don’t want to cause fights (also it feels like it would prove their point about cancel culture and strengthen their views, which is not what we want at all),” they concluded.

What do you make of the DigiFes 2021 stage play being accused of promoting “far-right politics” and “conspiracy theories”? Let us know your thoughts on social media or in the comments down below!