Chainsaw Man author Tatsuki Fujimoto’s recent one-shot manga Lookback, which tells the heartbreaking tale of two young middle school students who wish to be mangaka, has been edited to remove what some believe to be a negative depiction of mental health following an outcry of backlash from Japanese fans. 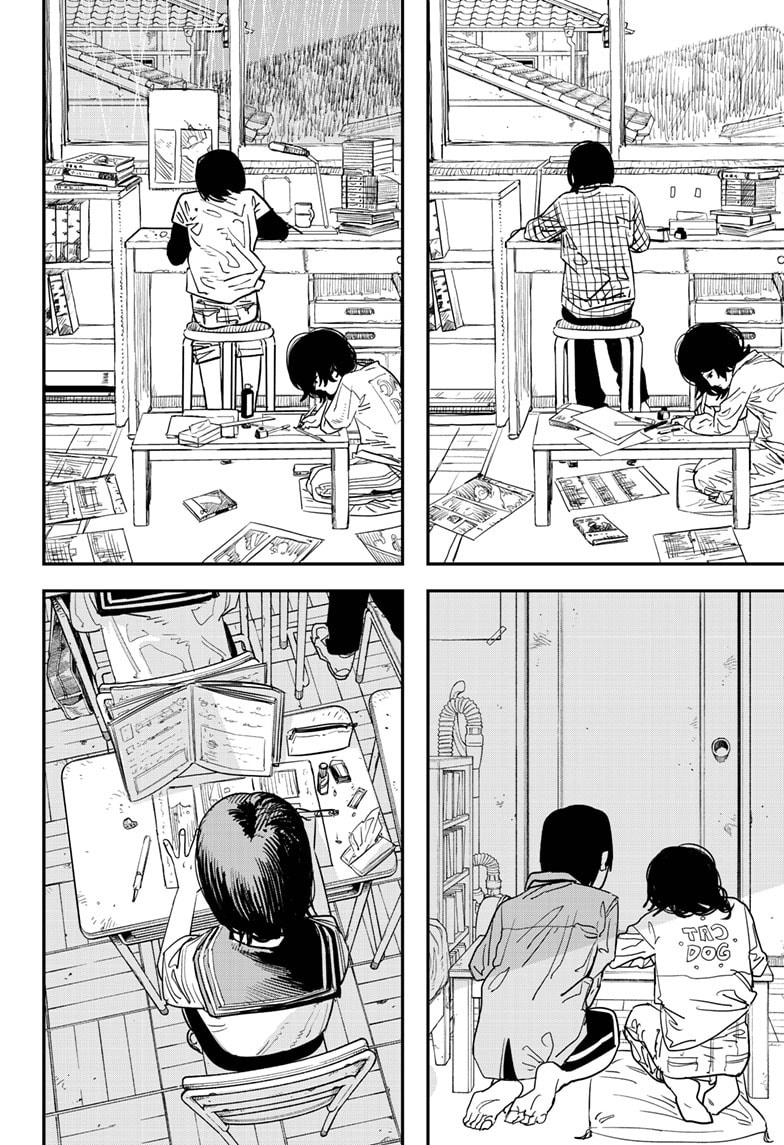 As announced by the editorial department for Shonen Jump Plus, the online spin-off of Shueisha’s print Shonen Jump magazine in which Lookback was published, “Readers have pointed out that there are inappropriate expressions in the “Lookback” work,” and thus “as a result of careful consideration, I wanted to avoid that the depiction in the work would lead to prejudice and discrimination, so I made some corrections.” 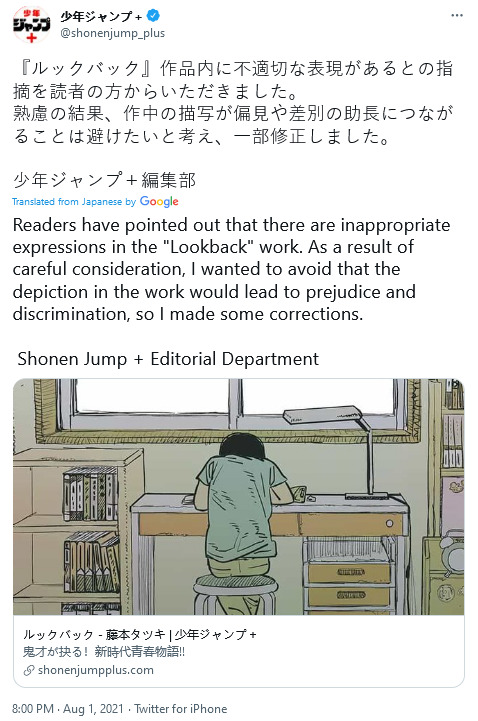 The “corrections” were made to two specific elements of the manga surrounding the deranged man who eventually kills Kyomoto while undertaking a murderous rampage.

The first can be seen right after Fujino learns of Kyomoto’s murder, as the former is watching reports of the gruesome crime on television.

Originally, one of the various news blurbs seen in the montage of information seen during Fujino’s discovery quoted the killer as having said, “I heard voices from the paintings put up across campus hurling insults at me,” which many felt served as an unwarrantedly negative depiction of mental illness. 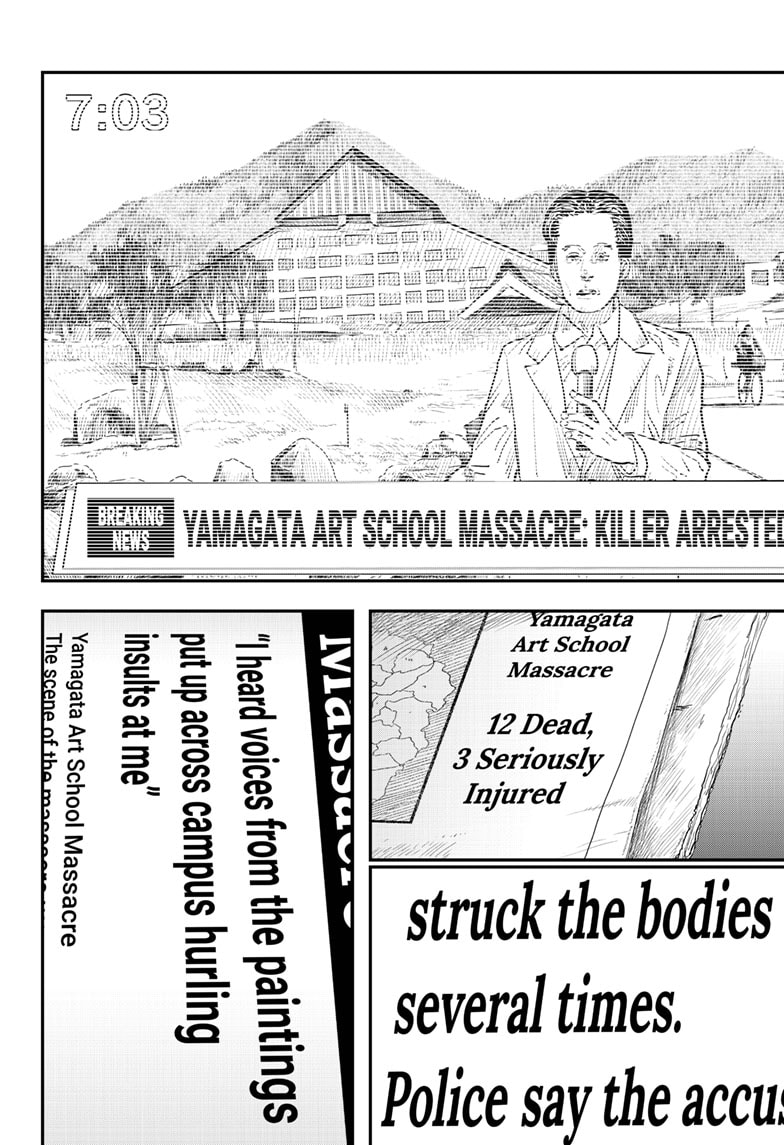 The second edit to Lookback was made to a scene shown just a few pages later, wherein readers are presented with a recollection of Kyomoto’s murder from the young mangaka’s own perspective. 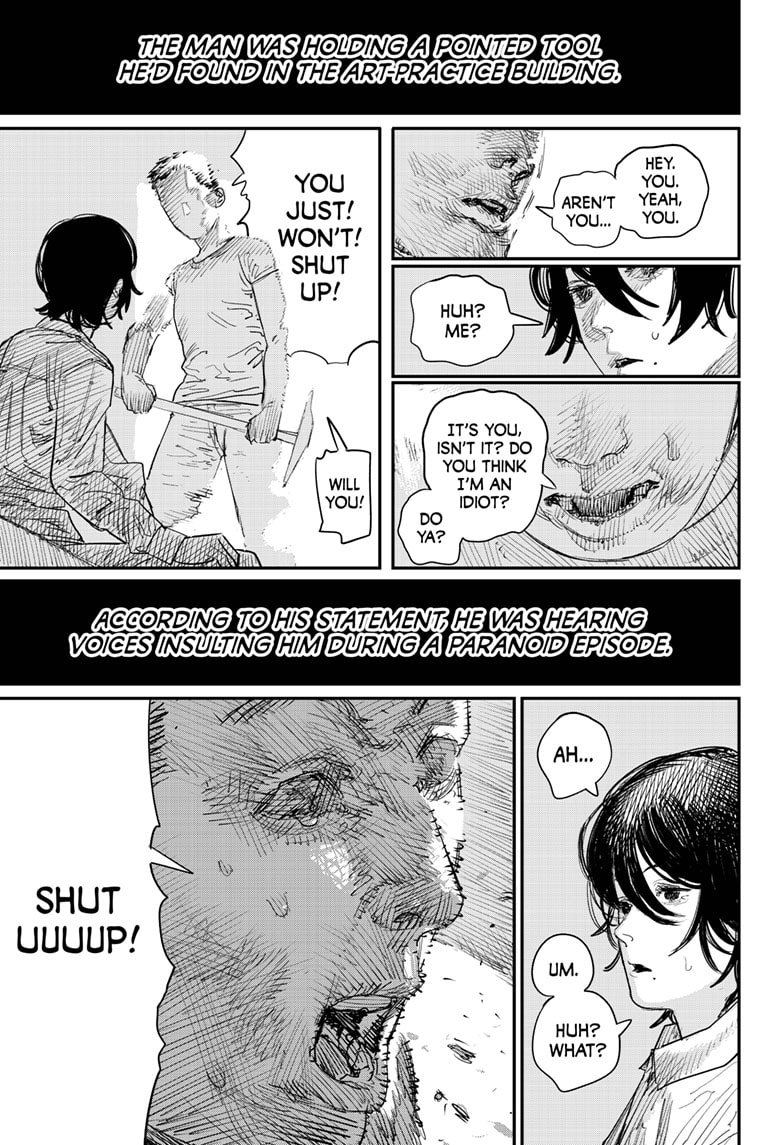 As the manga describes that, “according to his statement, he was hearing voices insulting him during a paranoid episode,” the murderer can be seen raising his “pointed tool” (which appears to be a garden pickaxe), and screaming to Kyomoto, “Listen to me! They’re wrong! It’s mine, isn’t it! It was my idea first! You plagiarized my art, didn’t you?! Admit it! It was you, wasn’t it!” in the moments just before he ends her life. 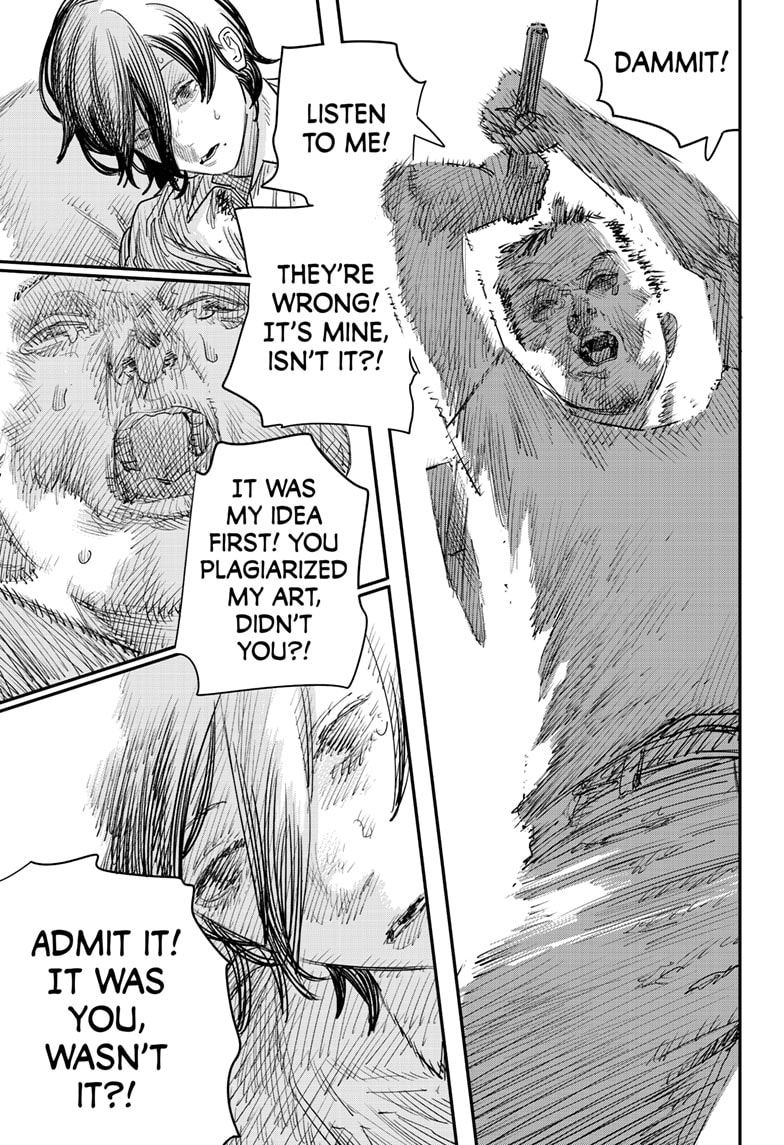 Following the edits being made to the manga by the Shonen Jump Plus editorial department, the former scene, as explained by Twitter user and manga fan translator @hoshi801_,  instead of noting that he had “heard voices”, now simply features a generic chyron which reads “It could have been anyone!” 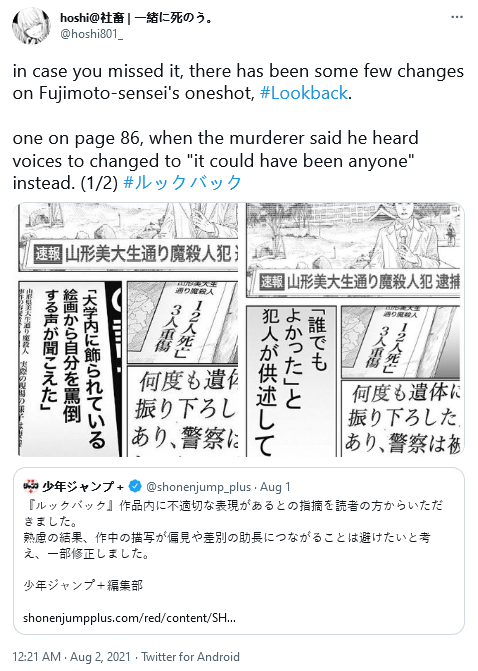 Likewise, the latter scene now notes that instead of having a “paranoid episode”, the murderer “said he intends to kill whoever he sees first”, while the entire portion of the man’s rant against plagiarism has been completely omitted. 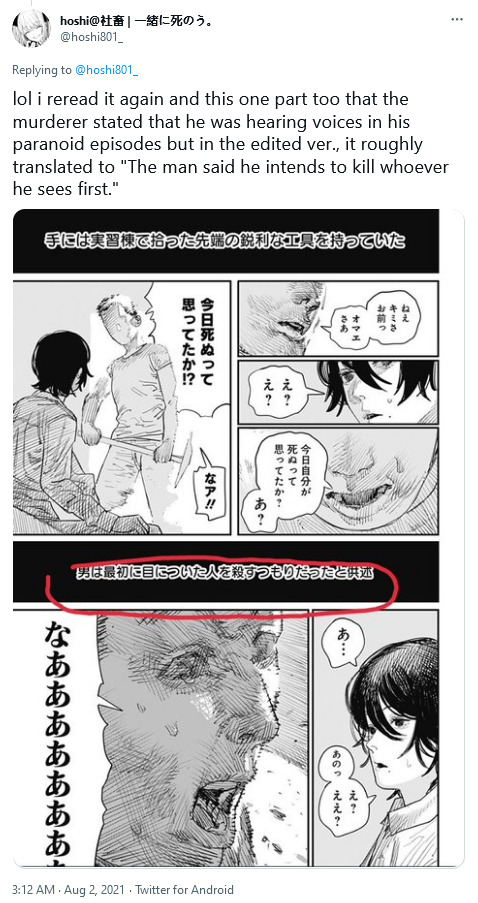 In a rough approximation of the murder’s new line of dialogue, @hoshi801_ wrote, “The edited portion kinda translates to: “Oi, you’re… you are despiseful! what kind of idiot draws pictures? you’re not useful to the society, y’know?” 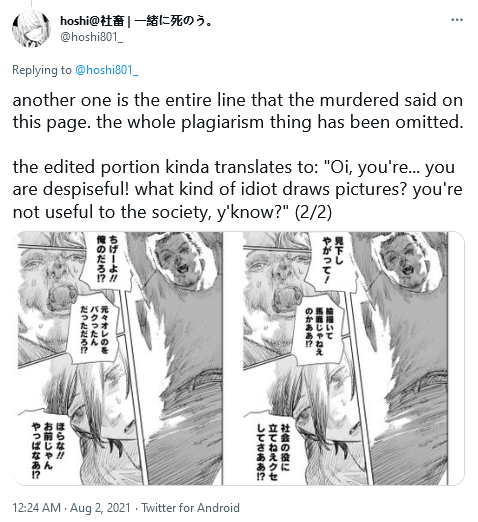 What do you make of the changes made to Lookback? Let us know your thoughts on social media or in the comments down below!