Crunchyroll announced that High Guardian Spice will indeed be arriving on its streaming platform sometime in the near feature.

At the Virtual Crunchyroll Expo, the series’ creator Raye Rodriguez appeared at Crunchyroll’s industry panel to release a new trailer as well as new key art. 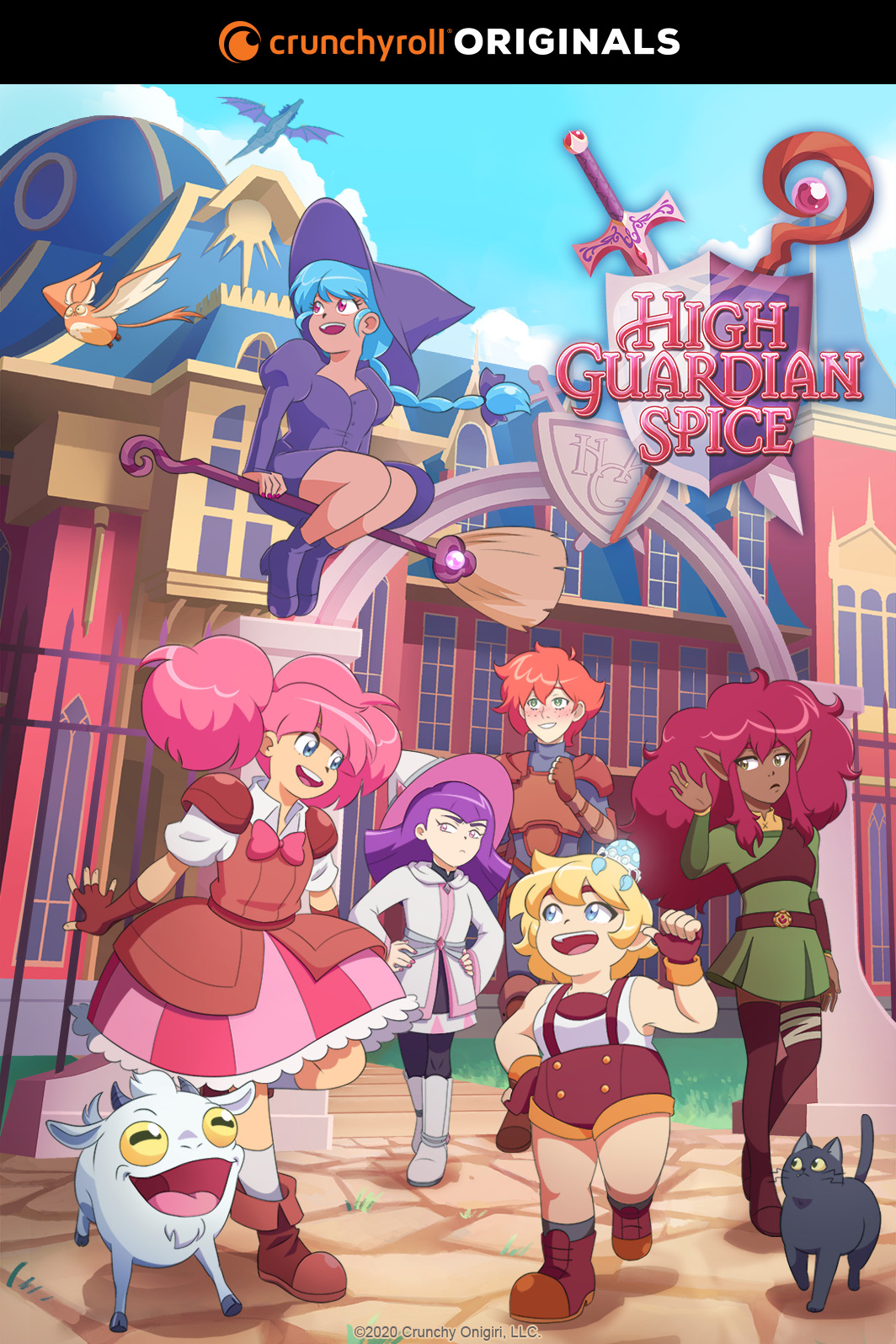 The official description reads, “The lives of four fierce girls converge at High Guardian Academy, the one place where they can stumble comically toward adulthood while becoming the heroes they’ve always admired.”

It concludes, “As they master the ways of battle and sorcery, the foursome form allegiances, uncover legacies, face betrayals and discover their true identities while preparing to protect the world from an ominous unknown threat.”

Crunchyroll did not provide a release date for the series only noting that it is “coming soon to Crunchyroll.”

Crunchyroll has made numerous announcements that High Guardian Spice would be arriving on its platform.

They originally announced the series would be arriving on the streaming platform in 2019.

In a tweet from August 2018, Crunchyroll stated, “We’re proud to announce High Guardian Spice​, the first series from Ellation Studios, coming in 2019!!”

The show never arrived in 2019. In fact, Crunchyroll would announce that the show would arrive as part of their Crunchyroll Originals 2020 slate.

COMING SOON! I can’t wait to watch them with you ~ ✨ pic.twitter.com/xLUwm5o2Ro

Like with this most recent announcement, the show was never given an official release date and it clearly did not show up on Crunchyroll in 2020.

So, it’s anybody guess on if High Guardian Spice will actually arrive on Crunchyroll in 2021.