Tiesa Meskis, a transgender member of the Aberdeen, WA city council, recently confronted local Star Wars memorabilia shop owner Don Sucher over the latter’s display of a “transphobic” sign in his storefront, which led to a heated exchange between the two which has since gone viral. 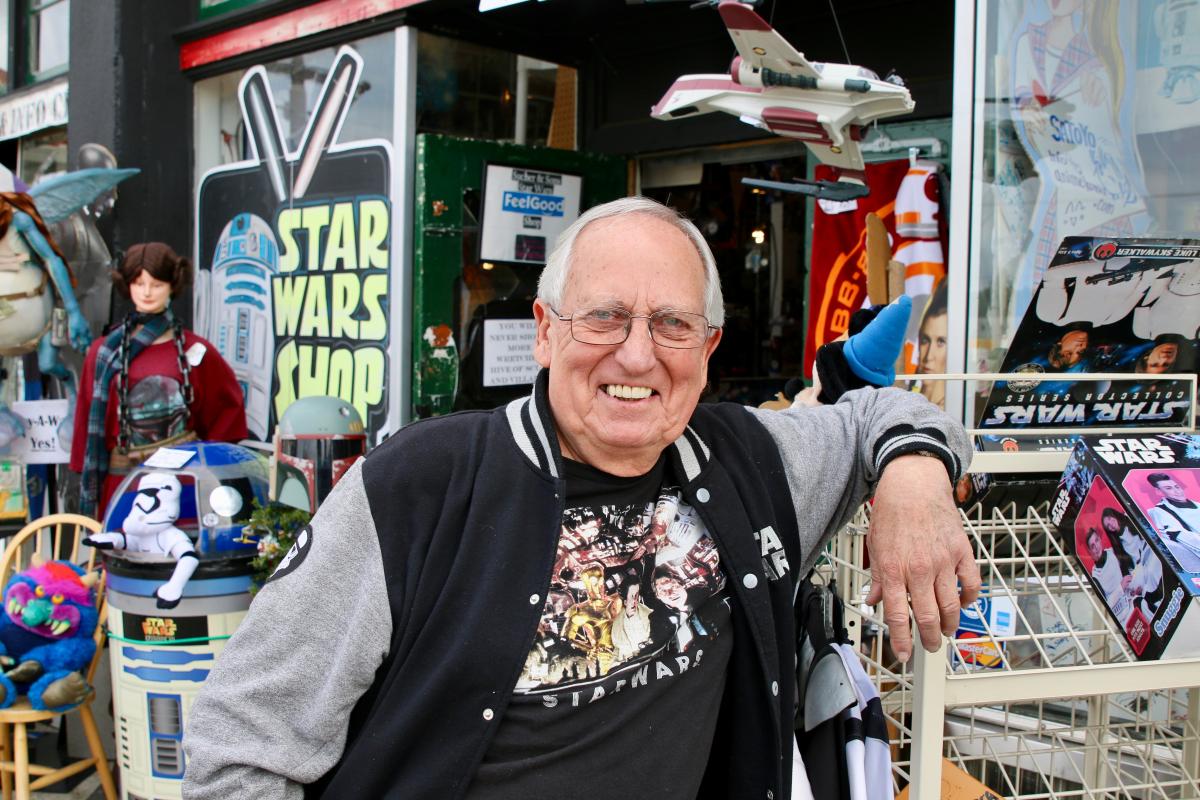 The row between the two individuals began on August 4th, when, according to a recollection of events published by Misekis to her own Facebook page just two days after the following events took place, the city council member ”received a call from Hoquiam resident Robin Twigg who was very distraught about a hateful, transphobic sign prominently displayed in a local business, where children visiting the shop could clearly see it.”

According to photographs, the business, Sucher & Sons Star Wars Shop, had displayed a sign which read, “Just out, Dr Seuss’s new book: If you are born with a dick, you are NOT a chick (period). This new release is out now because the cancel culture banned his early books?” 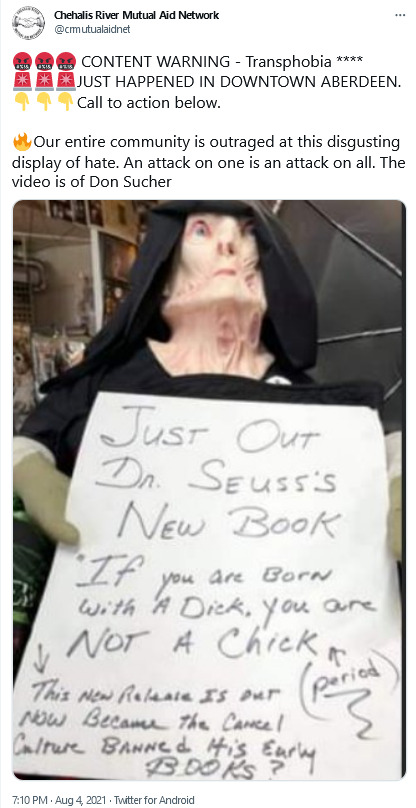 Finding herself “floored that this was anywhere near a place that is advertised as a family-friendly business, and above all, they focus on one of my favorite movie series, Star Wars,” Meskis “decided that we needed to verify whether this was the case and came up with a plan to simply go in, test the waters, get a photo of the sign, and get out.”

“I entered the shop and met up with her and that is when Mr. Sucher’s attitude changed dramatically,” said Meskis. “As I made my way to the sign he wound around and got to it first and took it down and placed it behind him against a trunk. This is where the video footage started and Mr. Sucher responded to my simple question with a verbally abusive attack.”

In the now-viral video of Meskis’ visit to the shop, the city council member can be seen confronting Sucher over his sign, to which he replies “Everybody loves it. They take pictures of it. They post it. Nine out of ten customers love it.”

“Yeah. You know what? It’s bulls–t,” declares Meskis in response, to which Sucher retorts, “No, what you’re spouting is bullshit,” prompting the subsequent reply from Meskis, “No it’s not. Trans women are women, sir, that sign is bulls–t.” 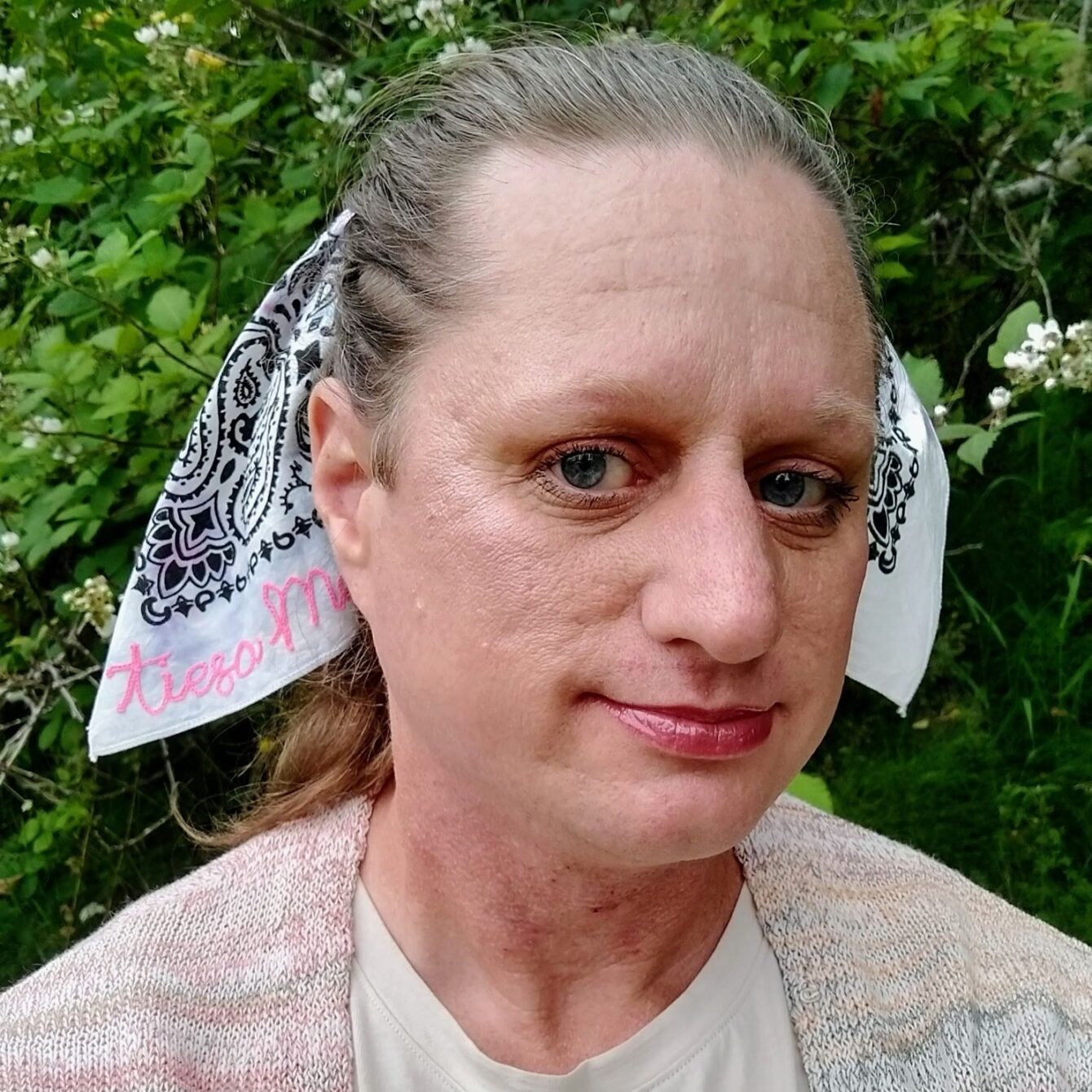 Meskis then asserts to Sucher, “I’m telling you right now, as a trans woman, trans women are women,” before being interrupted by the storeowner’s own declaration, “Well, I’m telling you, as a man,  that’s bulls–t.”

“It’s total bullshit,” continues Sucher. ““You know what, nobody confronts your ass. That’s the problem. If they say, what the f–k is going on…Do you know how many people you have embarrassed in city hall? They have to tolerate this shit?” 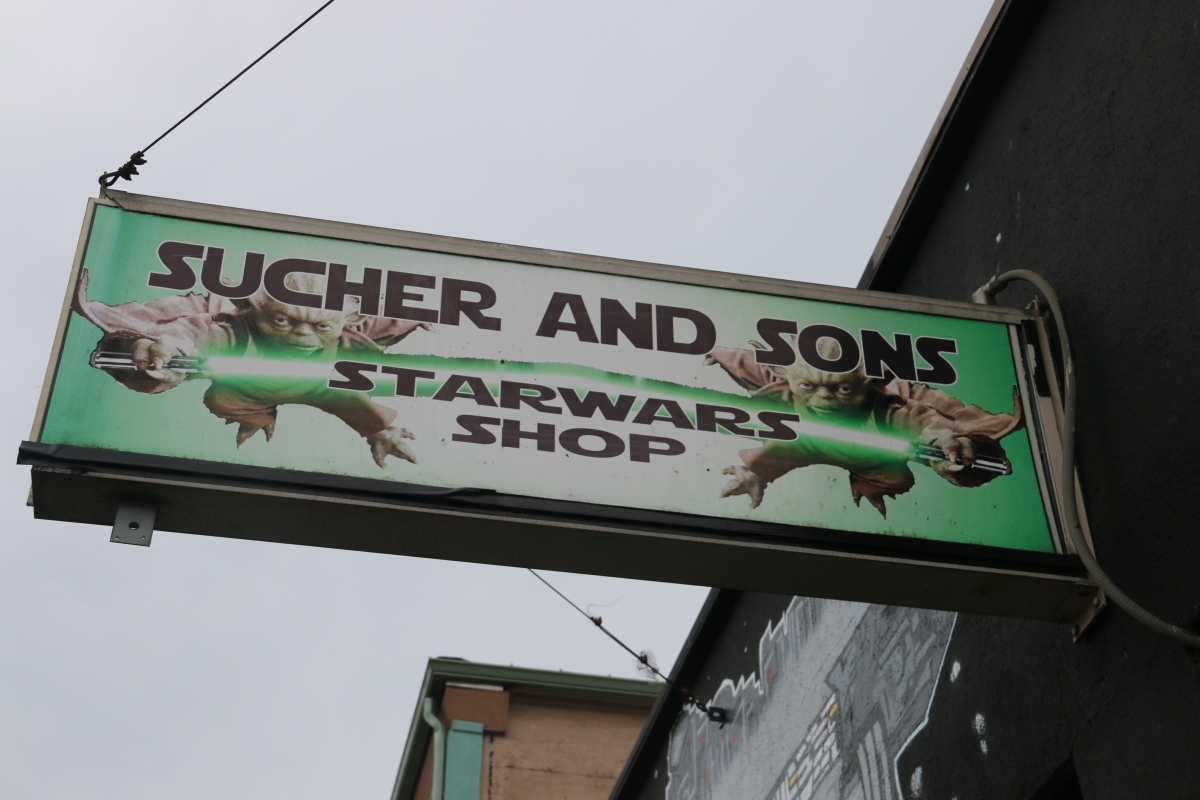 Attempting to turn the tables, Meskis states that Sucher is “an embarrassment to this city” and announces that she will “make sure that everybody knows” about the store owner’s beliefs, to which he responds, “I am a pillar in this city. Now, you do that.”

“Do you know why [I want you to let everyone know about this]?” he questions Meskis. “Every time some bull shit like this happens, my sales go up because people are wanting this.” 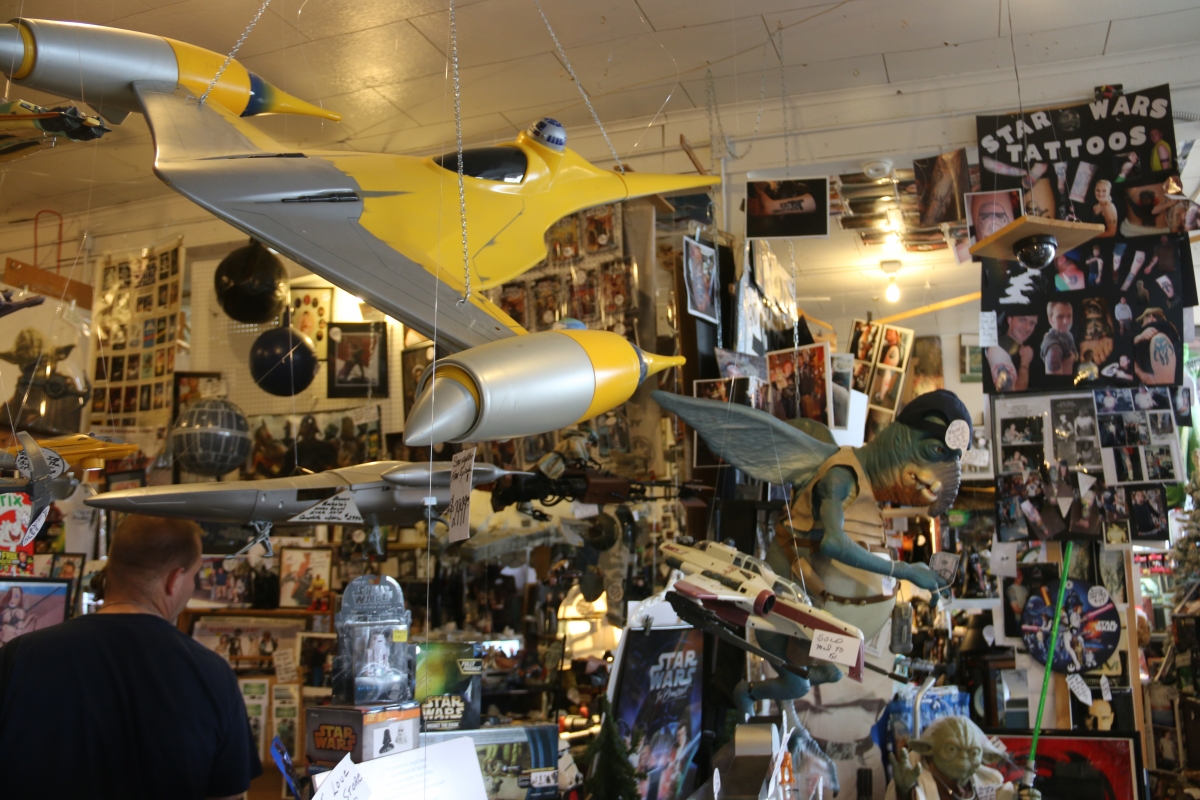 Taken aback, Meskis doubles down on her threat towards Sucher’s reputation, declaring, “Really? We’re going to show them this side of you. Hopefully we can wake you up. Let’s wake you up to the truth sir.” 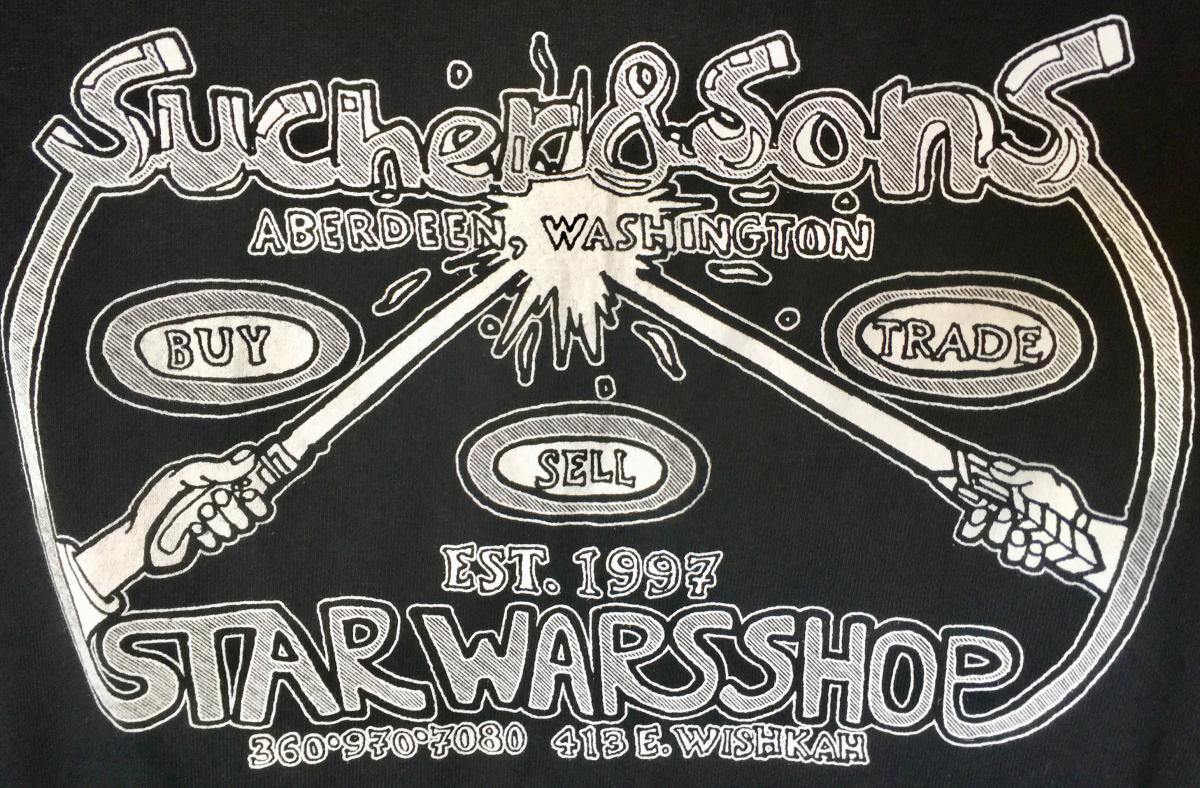 Meskis eventually turns to leave the store, only to begin yelling from in front of Sucher’s store, “Trans women are women,”  prompting further arguments between the two.

“You are a bigot!” Meskis soon insults Sucher, to which the storeowner adamantly declares, “I don’t care!” 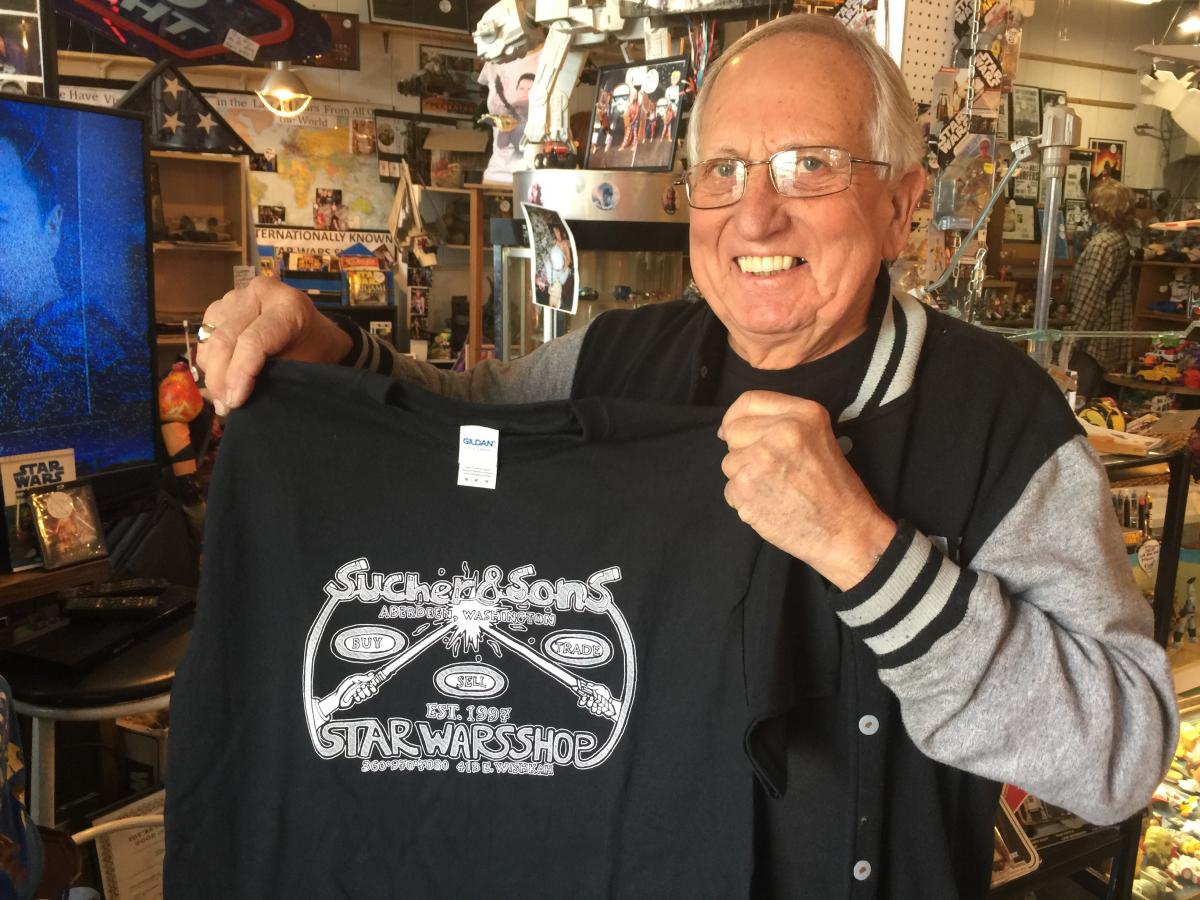 As video of the pair’s showdown seen began to go viral across social media, Sucher was interviewed by local NBC news affiliate King 5 and told the outlet, “I don’t care what they do, but don’t come in here and complain to me about stuff. I have free speech.”

“I don’t give a s–t about feelings anymore.” Sucher added. “I’m seventy-f–ing-eight. I went to Vietnam to fight for all this s–t. Do you think I care about some a–hole’s feelings? Absolutely not!” 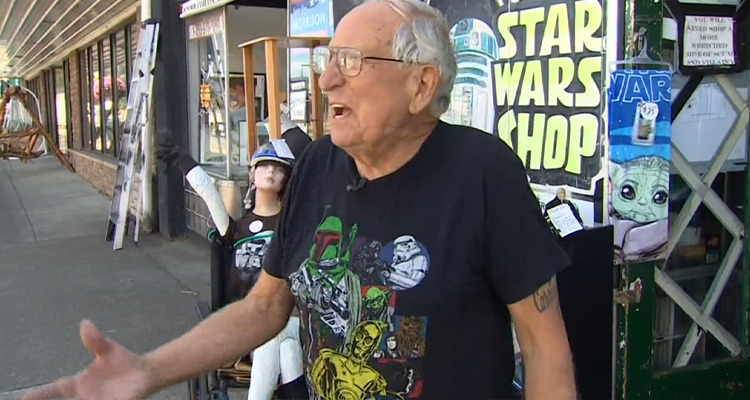 Though Meskis originally informed KING5 (and the news station originally reported on-air) that “her supporters plan on demonstrating in front of the story Saturday, Aug. 7 at 10 a.m,” a later update from KING5 announced that “Meskis had planned to have her supporters rally outside of the store on Saturday, and Sucher said he would look for his backers to offer him a show of support as well, but the demonstrations have since been canceled.”

However, a report from Washingon-based newspaper The Chronicle indicates that Sucher’s supporters, rather than Meskis’, still turned up in full, as “approximately 30-50 supporters of Sucher were visible in front of his store throughout Saturday morning and into the afternoon, with an estimated 400 supporters in total visiting the store on Saturday.” 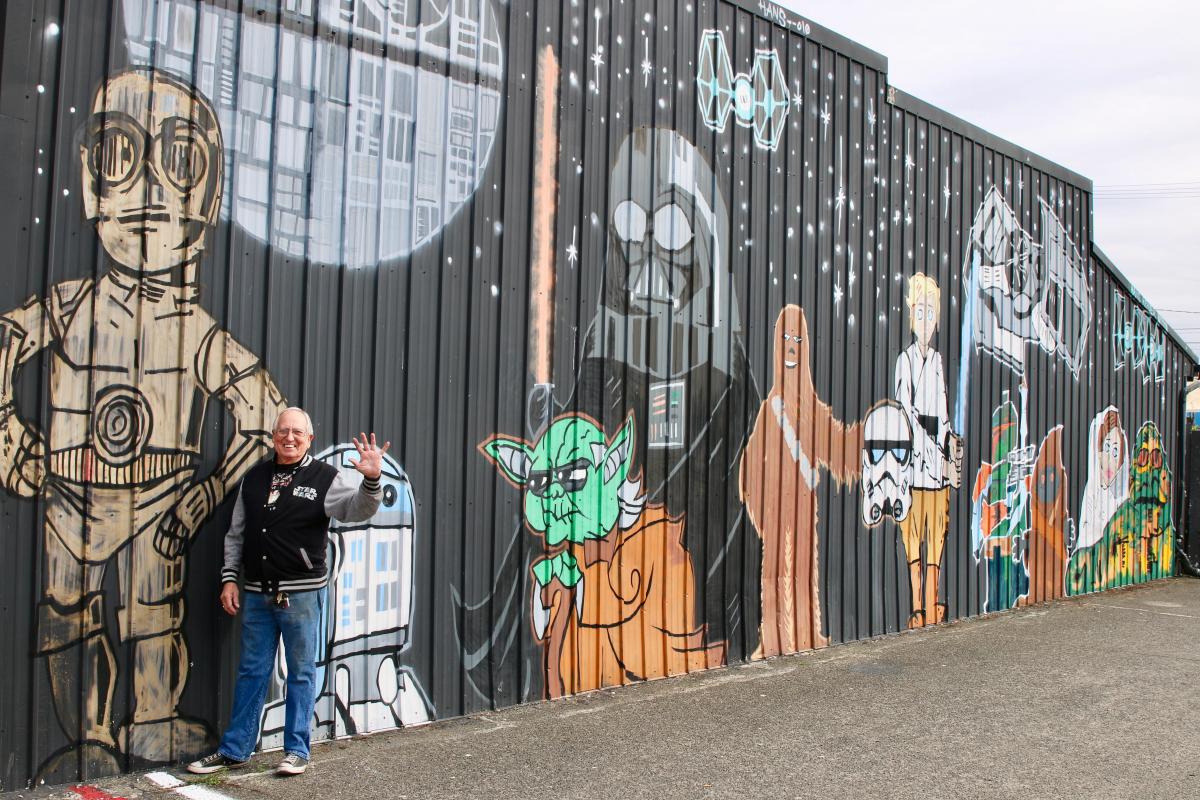 What do you make of Meskis’ outrage towards Sucher’s sign? Let us know your thoughts on social media or in the comments down below!