DC Comics officially retconned Tim Drake by making him attracted to men in the latest issue of Batman: Urban Legends.

DC Comics previously hinted that Drake might be attracted to men back in Batman: Urban Legends #4.

In that story by Meghan Fitzmartin and Belen Ortega, Drake has broken up with Stephanie Brown a.k.a. Spoiler telling Oracle, “Drop it Barbara. And stop talking to my ex about me.”

In response to this, Oracle tells Drake, “You need to slow down and take a look at yourself. Maybe Ivy Town University wasn’t for you. But you won’t figure out what is for you if you’re busy trying to solve everyone and everything else. Because you’re scared. You’re so incredibly scared that if you use that big brilliant brain of yours to analyze yourself, what you find is going to change you.” 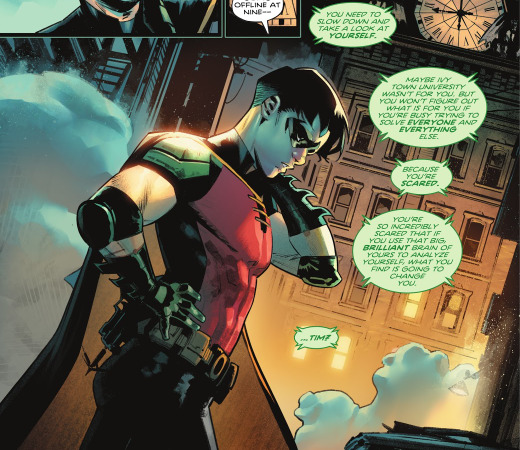 Following this conversation with Oracle, Drake meets up with a friend named Bernard and the two go out to get burgers. However, the meet up is interrupted as the Chaos Monster appears and kidnaps Bernard. 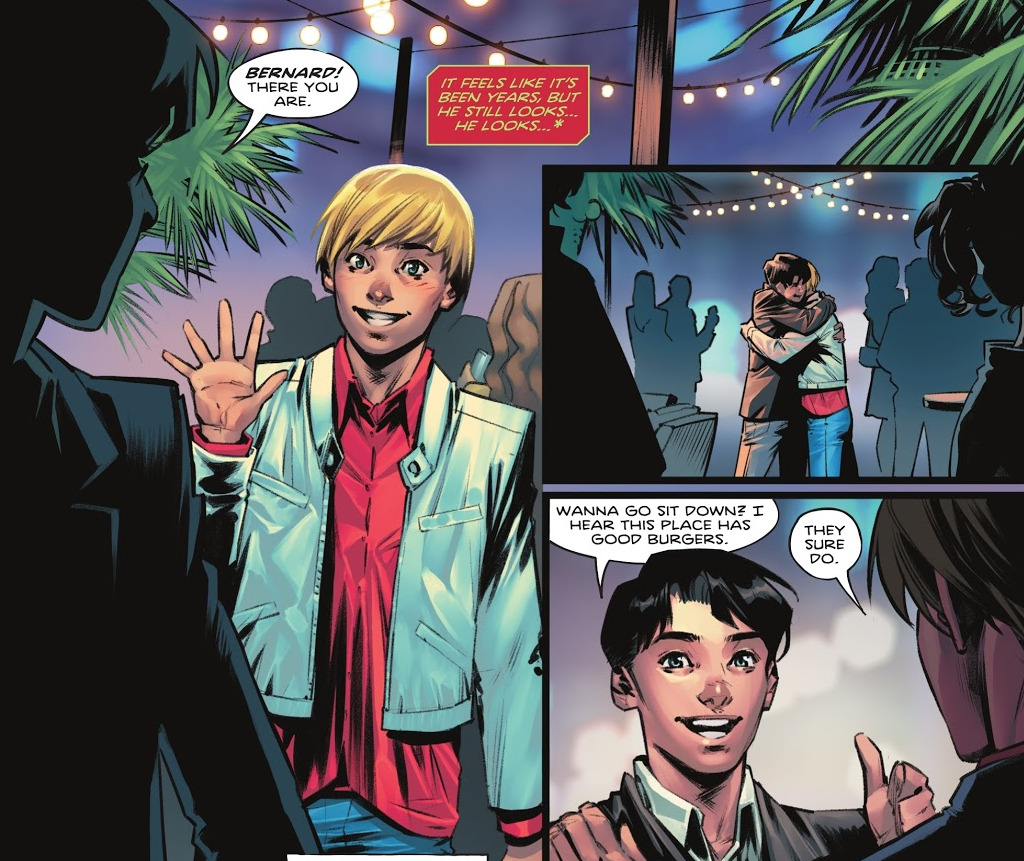 In the middle of the rescue, Drake and Bernard are surrounded by the Chaos Cult when Bernard tells him, “Tell Tim Drake…He helped me realize my true self. Who I am. Tell him…Well, he probably knows. He’s the smartest guy I’ve ever met. But tell him… I wish we could have finished our date.” 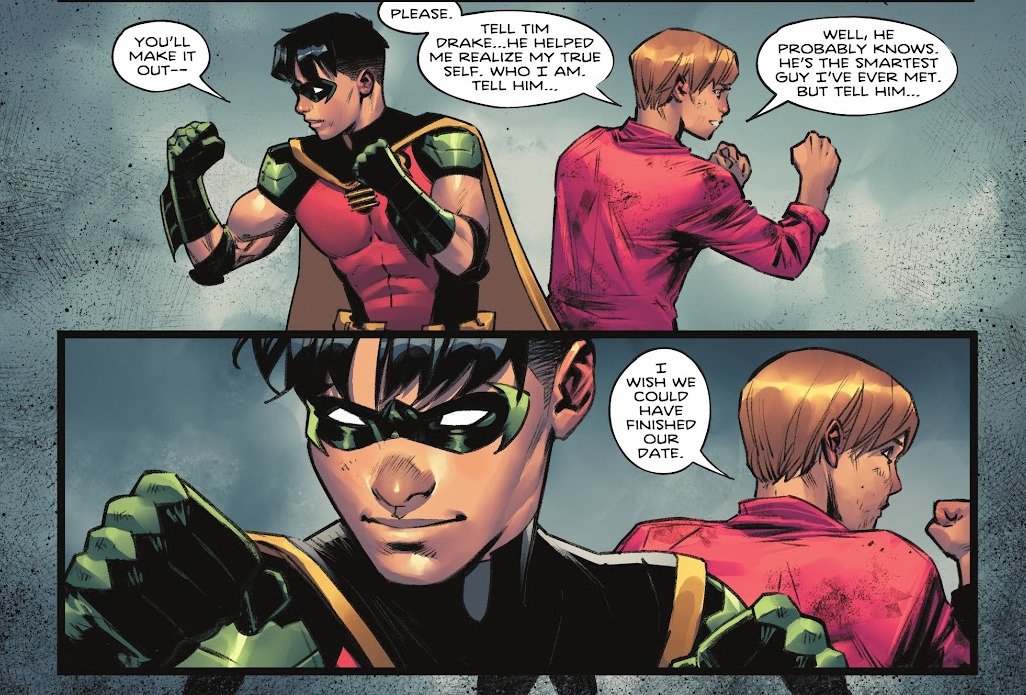 After defeating the Chaos Cult and rescuing Bernard, the story concludes with Drake showing up at Bernard’s house.

Bernard proceeds to ask him out on a date saying, “Tim Drake…do you want to go on a date with me?”

Drake answers, “Yeah…Yeah, I think I want that.”

As Batman: Urban Legends itself notes, Drake has only been interested in women in the past. Before this retcon, Drake was dating Stephanie Brown.

In fact, Drake has been romantically involved with at least half a dozen women in the past. They include Ariana Dzerchenko, Cassie Sandsmark, Zoanne Wilkins, Tam Fox, Madison Payne, and Barbara Gordon. 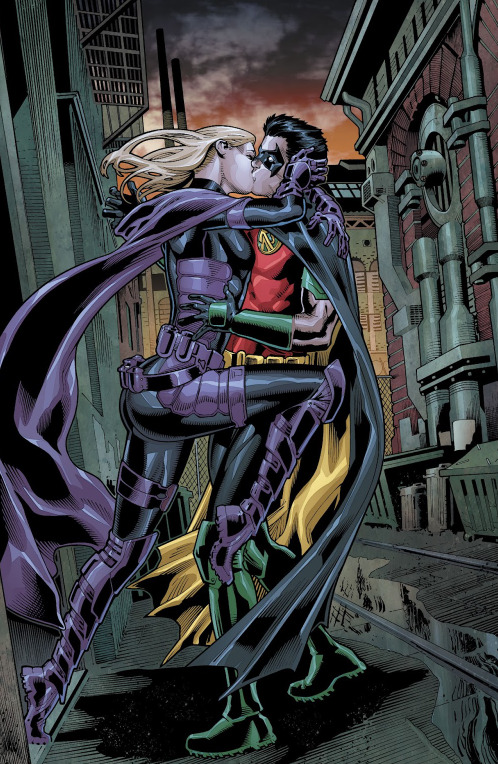 What do you make of DC Comics’ retcon of Tim Drake?