Not only did Grevioux create Underworld, but he also starred in a number of the films; he played the werewolf Raze.

Grevioux commented on the deal saying, “I love the worlds that Joe and Ralph have created at Zenescope.”

He continued, “They’re exciting and full of the kind of action and characterization that make comics great. I’ve known them for quite some time, and we’ve been looking to do something significant together ever since we met.”

“I think we’ve found the right combination of ideas and properties that people will take notice of, with the end goal of turning them into memorable television and movie franchises,” Grevioux added. 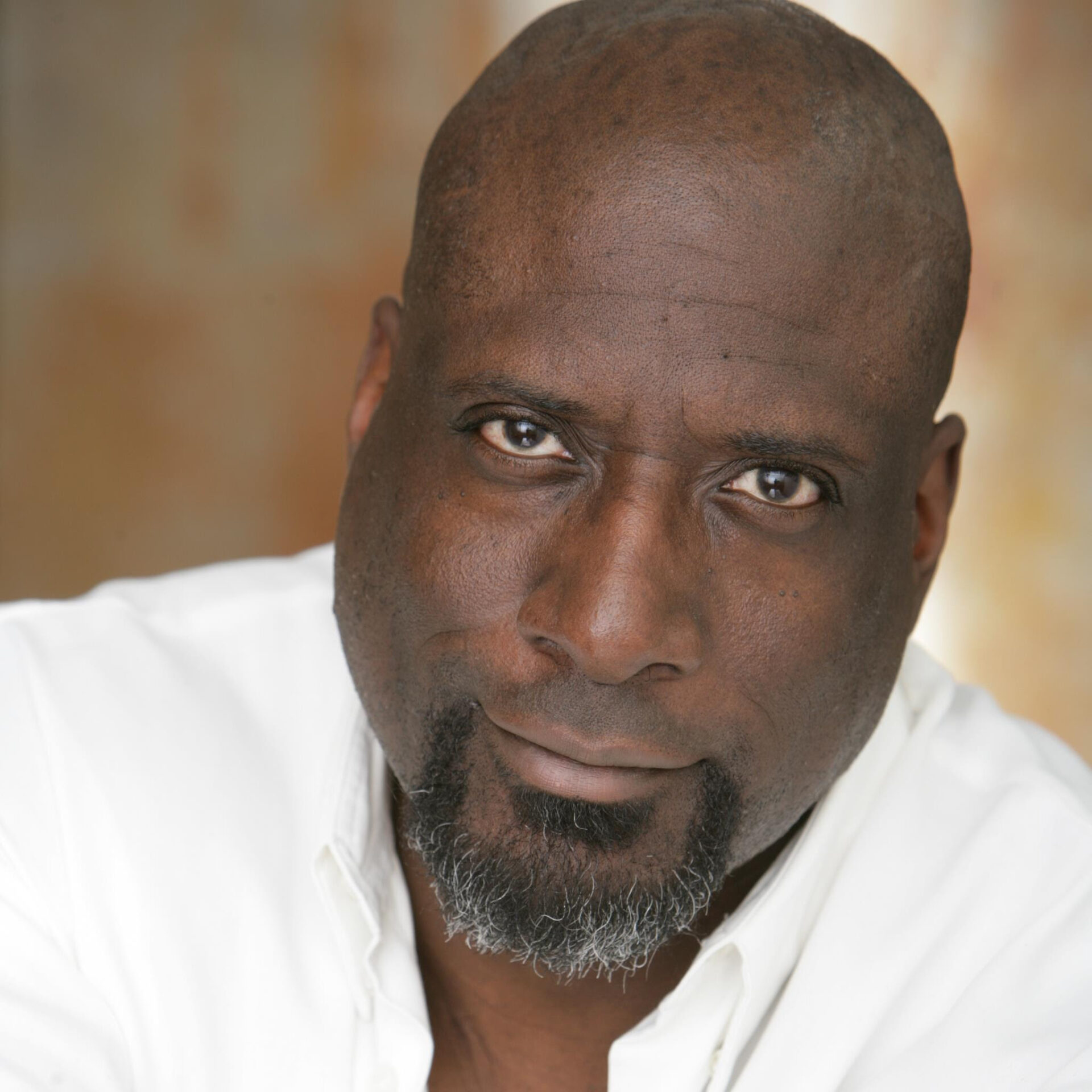 Zenescope co-founder and Head of Media Development Ralph Tedesco also stated, “We’re thrilled to be working with Kevin on these new projects. He’s a talented creator who has a fantastic track record of success.”

“He has such a quiet confidence in his storytelling, and that’s a rare trait,” Tedesco added.

According to a press release from Zenescope, the book “tells the story of Tamara Brazile, a decorated police detective with stage IV breast cancer and only a few months left to live.”

“Tamara learns she’s the descendant of an ancient race of Djinn and is given the change to unlock her newfound abilities. In turn she must ally herself with one of these supernatural beings who needs her help in stopping a war between two ancient orders of Djinn.” 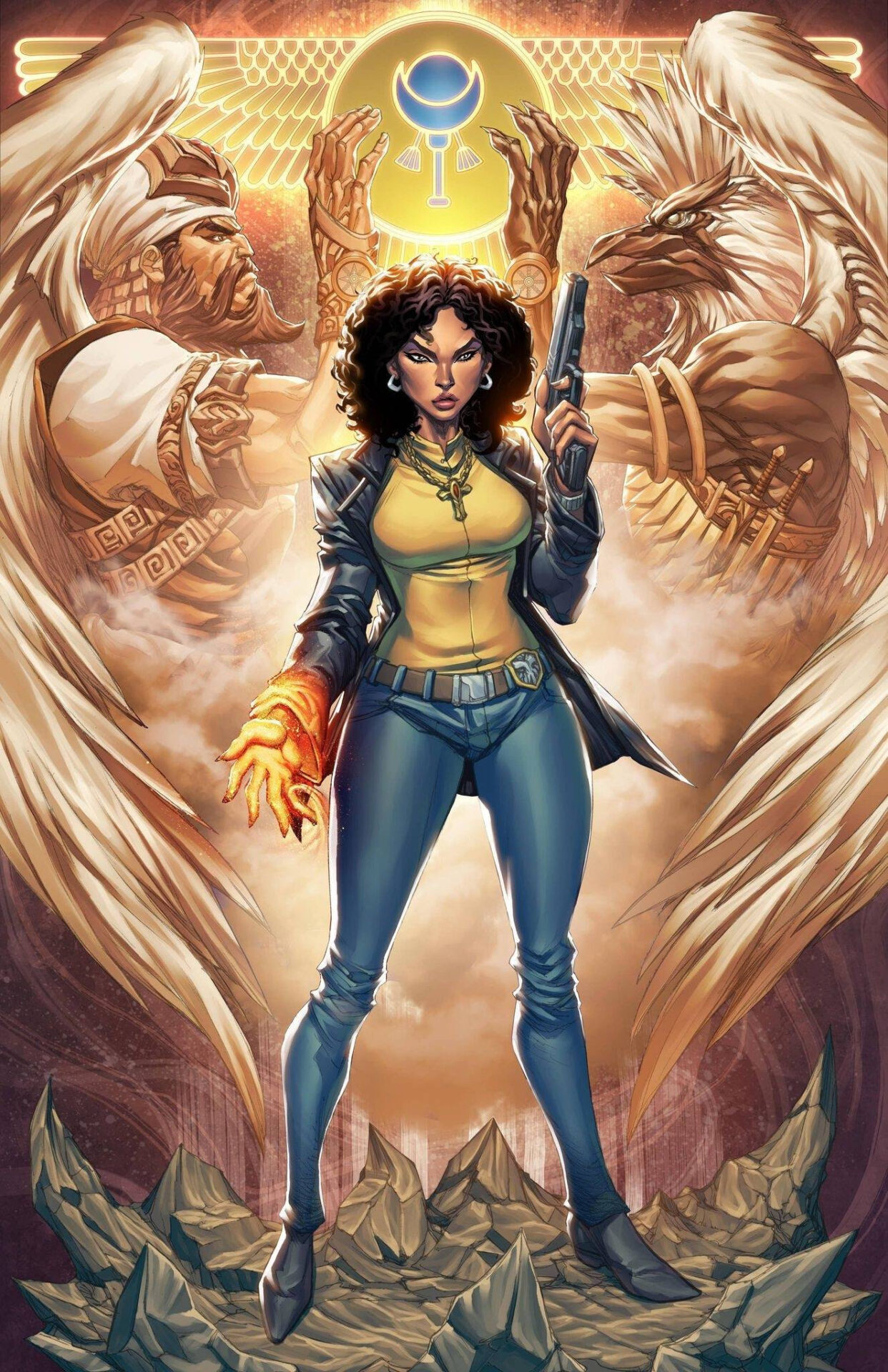 Source: Rise of the Djinn #1

The official description on Diamond’s PreviewsWorld website reads, “Things couldn’t be worse for Tamara Brazile.  A highly decorated and venerable police detective with almost fifteen years of experience on the job, her world comes crashing down around her when her husband is murdered at the hands of a serial killer she had been pursuing.”

It continues, “And to make matters worse, she is diagnosed with Stage IV for breast cancer before she has a chance to bring the killer to justice.  But as fate would have it, she is given a second chance at life when she discovers that she is a descendant of an ancient race of DJINN (genies), with the power to cure herself and others.”

“However, there is a catch:  She can only keep the power so long as she aids a pair of evil djinn bring an ancient djinn named Arghan back to life to aid them in a coming war amongst the other djinn of the world. A war which could usher in an age of misery and strife for mankind,” the description concludes.

The book will retail at $5.99 and will hit comic book shelves on October 13, 2021. It is written by Grevioux and features a main cover by Paolo Pantalena. 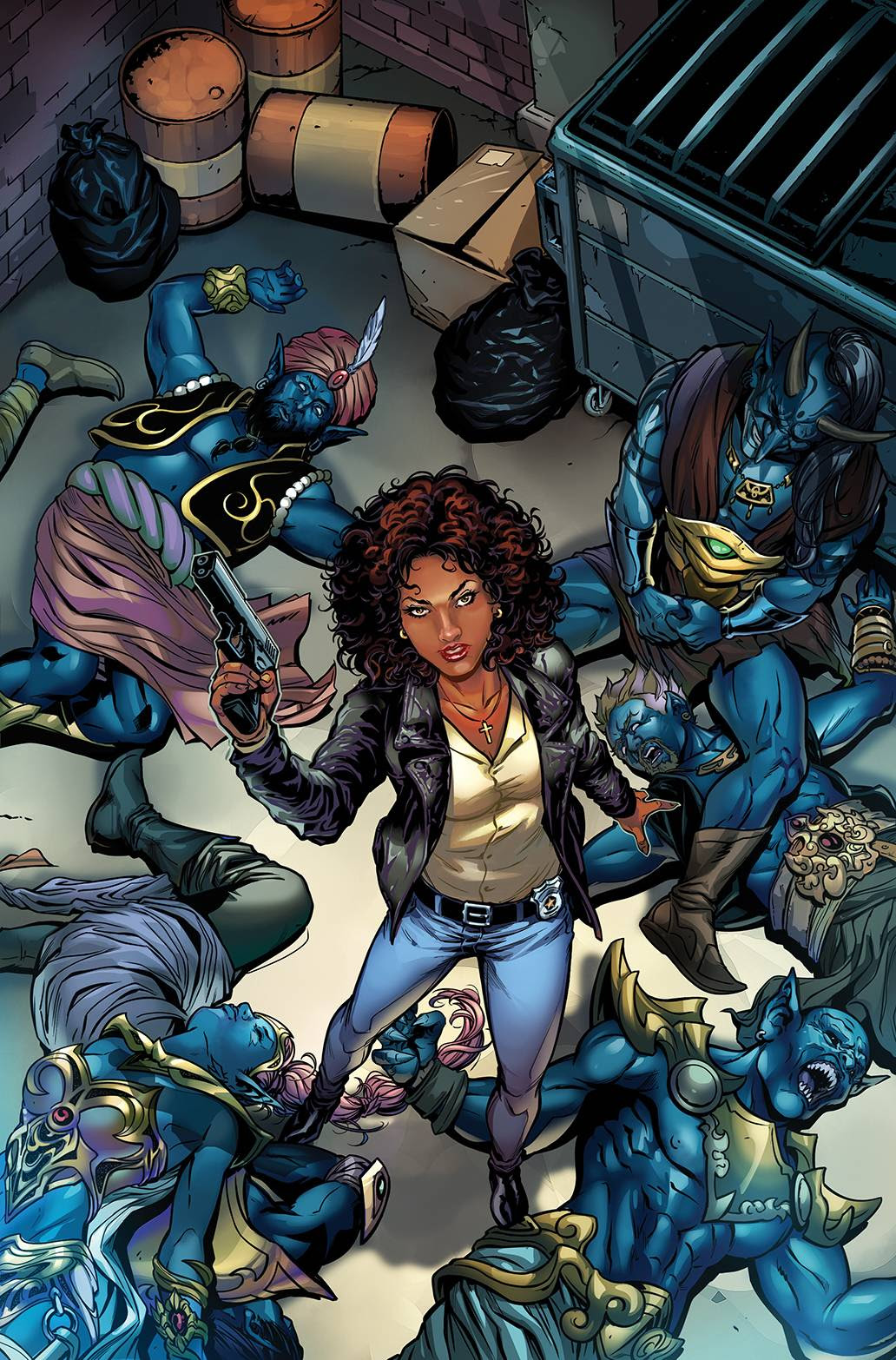 Source: Rise of the Djinn #1

Are you looking forward to what Kevin Grevioux and Zenescope have cooking up?