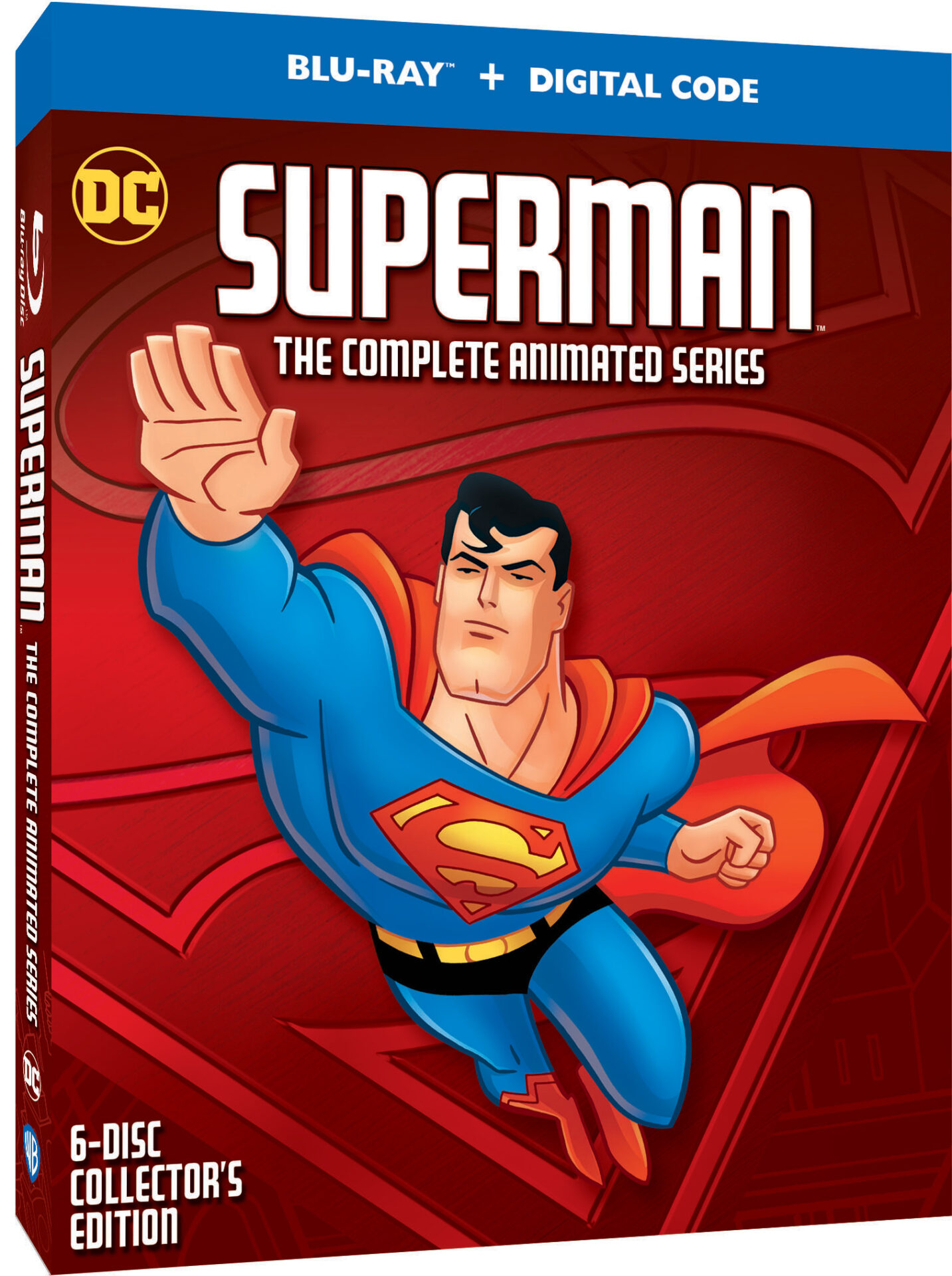 This new Blu-ray box set is titled Superman: The Complete Animated Series and will include “several hours of bonus features headlined by an all-new documentary detailing the creation of one of the most beloved animated Super Hero cartoons in history.”

Warner Bros. revealed in a press release that all 54 episodes of the animated series “have been remastered from their original 35mm Interpositive sources, giving special attention to extensive color correction, dirt and scratch clean up, and adding a grain reduction pass to create a pristine picture, all while making sure not to affect the original lines in the artwork of the animation.”

They add, “The audio was retransferred from the original audio masters, and the series is presented in its original aspect ratio (4×3).” 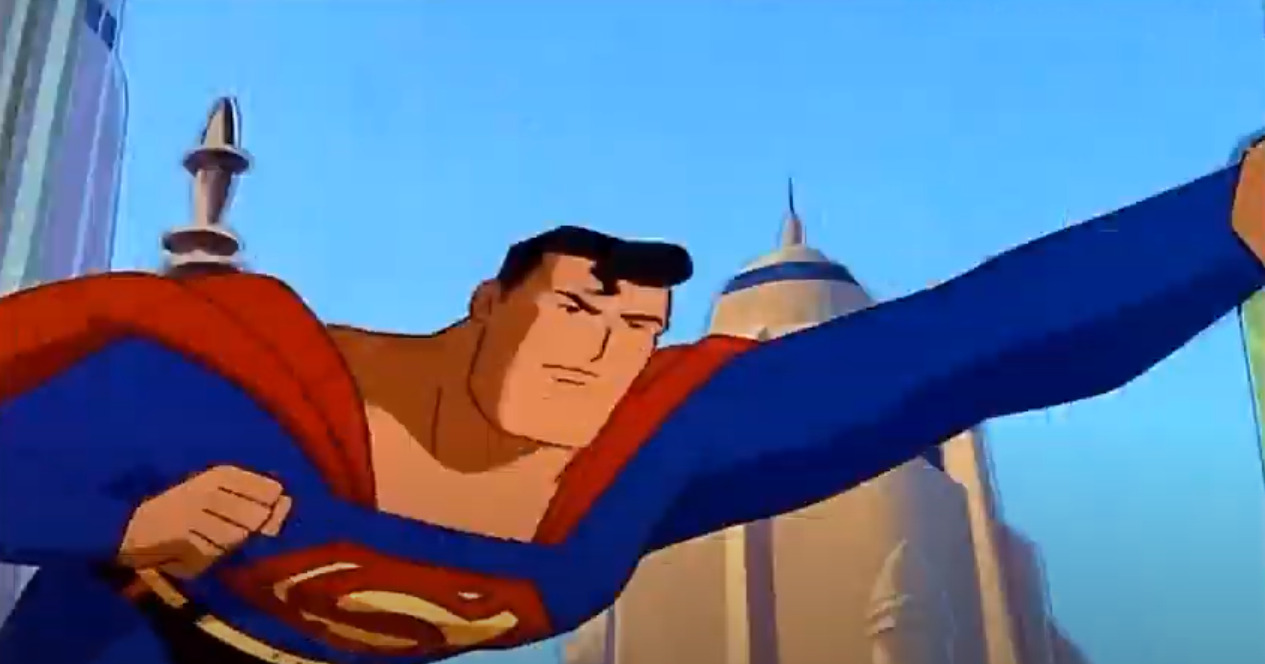 As for the bonuses the box set includes, there are six featurettes, three audio commentaries, and one video commentary.

First, Warner Bros. detailed it will include a new featurette made specifically for this box set titled Superman: Timeless Icon.

The description for the featurette reads, “An all-new bonus feature, produced specifically for the remastered Blu-ray release of Superman: The Animated Series, reveals the complicated journey of the show and those who created the new mythology for The Man of Steel, as told by producers Bruce Timm and Paul Dini, director Dan Riba, writer Bob Goodman, casting/dialogue director Andrea Romano, and Tim Daly & Clancy Brown, the heralded voices of Superman and Lex Luthor, respectively.” 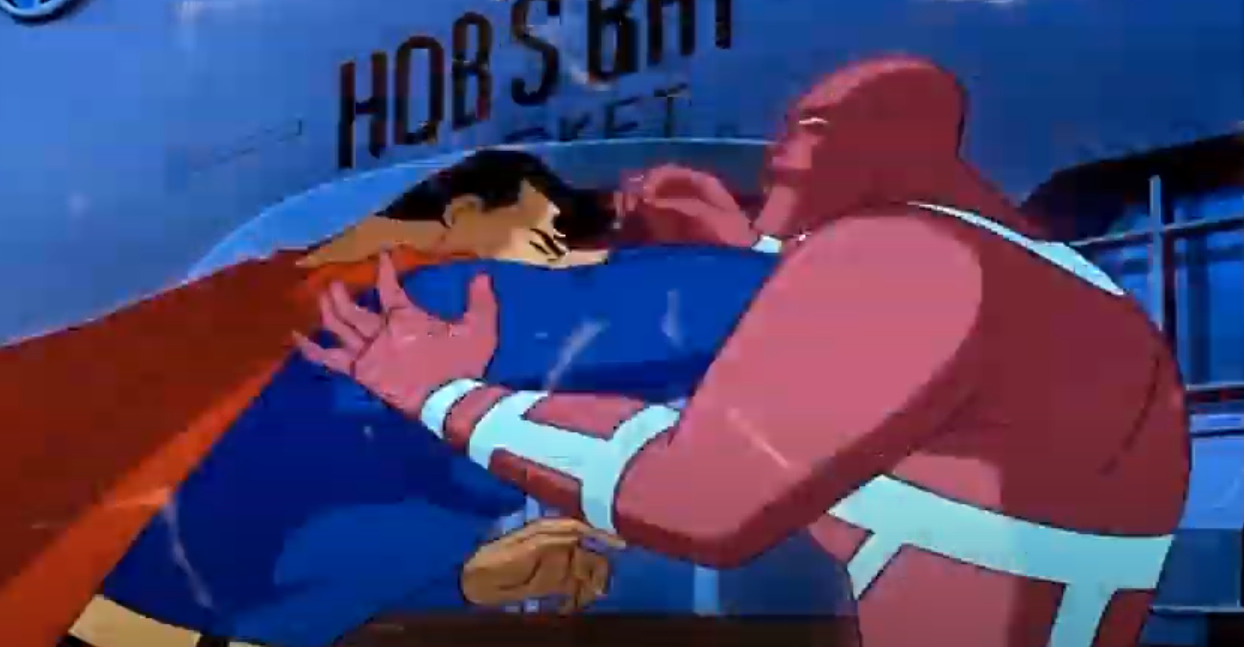 It will include another featurette titled A Little Piece of Trivia. This featurette will reveal the series’ connection to Telly Savalas and is described as a “brain teaser” that will “entertain every Superman: The Animated Series fan.”

The third featurette is Superman: Learning to Fly. Warner Bros. says, “Get into the minds of the creative team behind Superman: The Animated Series as they detail the birth of this animated version of Superman and his incredible worlds. Featured speakers include producers Paul Dini, Bruce Timm and Alan Burnett, art director/producer Glen Murakami and directors Dan Riba and James Tucker.” 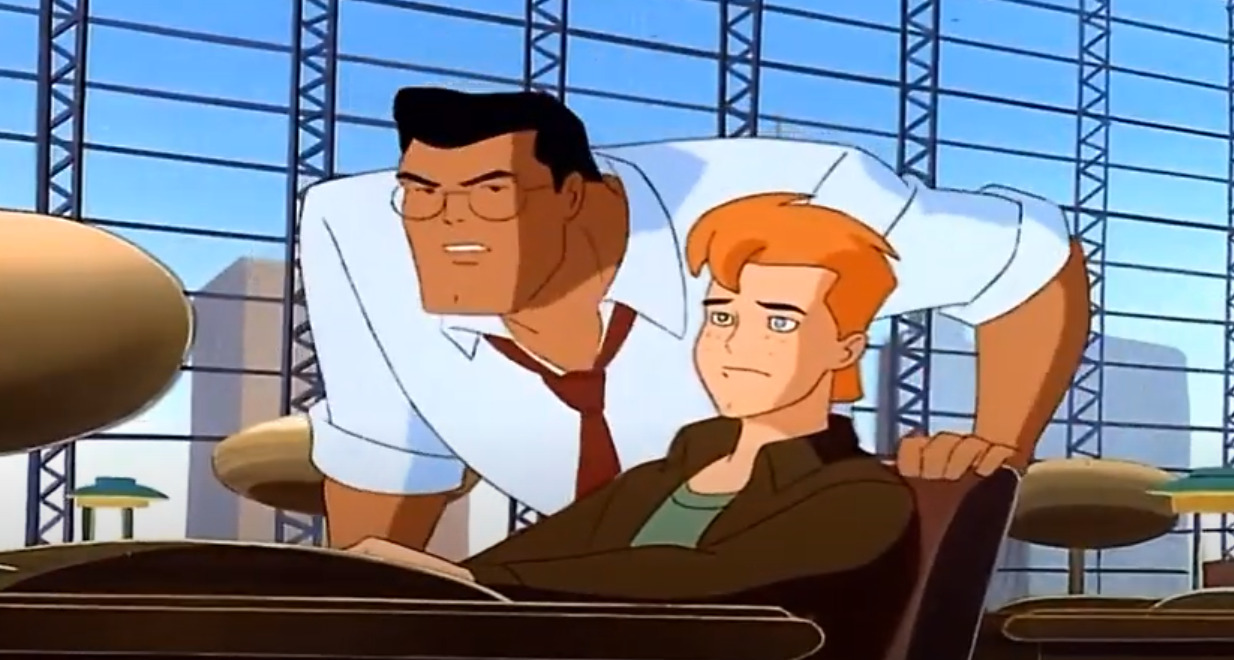 The fifth featurette is Menaces of Metropolis: Behind the Villains of Superman. This featurette focuses on the show’s villains.

The official description details, “Your hero is only as good as the villains around him, and Superman: The Animated Series has a rogues’ gallery of top-grade baddies, including traditional opponents Lex Luthor, Brainiac, Bizarro, Metallo, Mr. Mxyzptlk, Toyman and Parasite, as well as new villains created for the series – like Live Wire and Luminus. Producers Bruce Timm, Alan Burnett and Paul Dini, directors James Tucker and Dan Riba and casting/dialogue director Andrea Romano give us a tour of the villains.”

The last featurette is The Despot Darkseid: A Villain Worthy of Superman. The official description states, “Darkseid takes center stage in this examination of one of The Man of Steel’s most vicious adversaries, plus other Fourth World characters that appear in Superman: The Animated Series. The featurette includes producers Paul Dini, Bruce Timm and Alan Burnett, art director/producer Glen Murakami, writers Rich Fogel and Stan Berkowitz, director James Tucker and Charles Hatfield (Department of English, Cal State Northridge).” 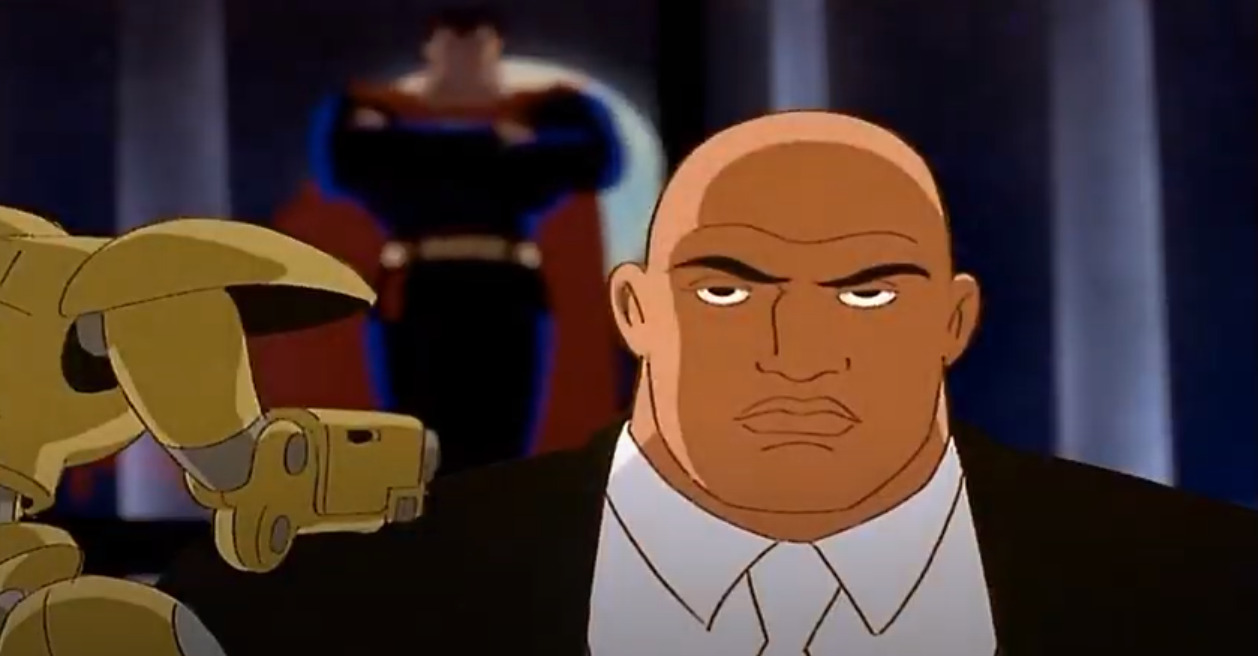 Alongside these featurettes there will be three audio commentaries as well.

The first one will focus on the episode Stolen Memories it features commentary from Bruce Timm, Paul Dini, Alan Burnett, director Curt Geda and art director and producer Glen Murakami.

The second homes in on  The Last Son of Krypton Part 1. Commentary will be from Bruce Timm, Paul Dini, Alan Burnett, Dan Riba and Glen Murakami.

The third one hits on The Main Man – Part 2. It features commentary from Bruce Timm, Paul Dini, Dan Riba, and GlenMurakami. 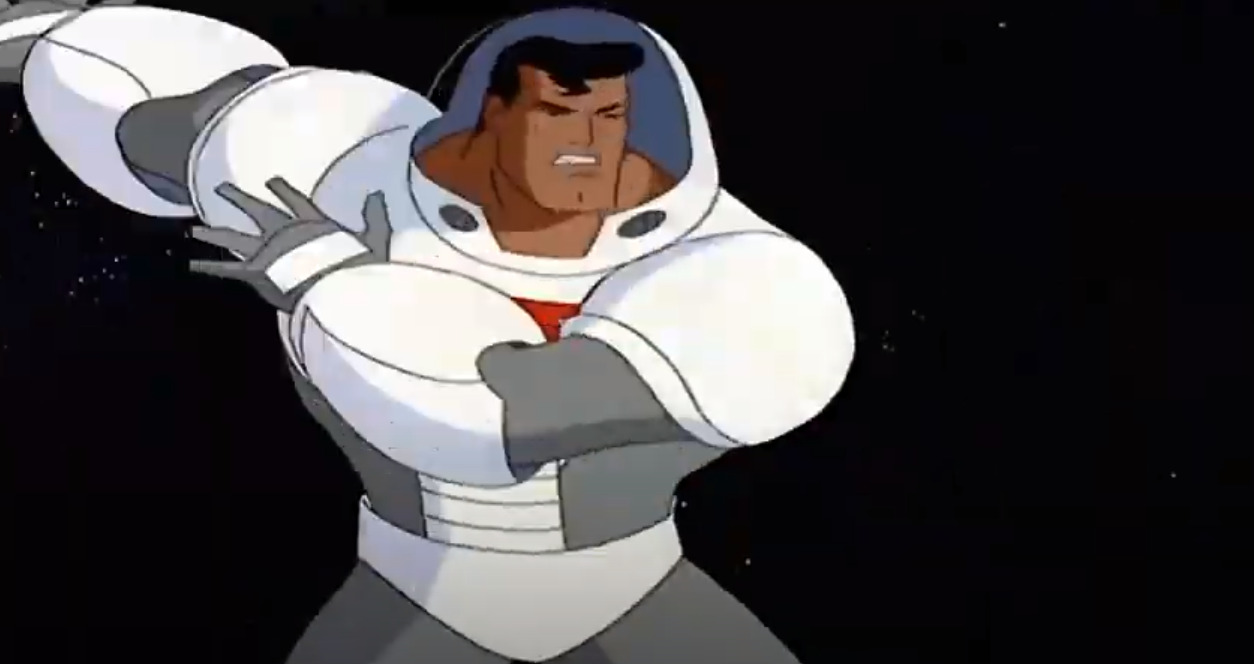 Finally, there will also be video commentary for Mxyzpixalated with commentary from Timm, Dini, and Riba, with moderation from Jason Hillhouse.

This new Blu-ray box set will be available to purchase on October 12, 2021. It will retail for $69.99 in the United States. It will feature English, Spanish, and French languages. There will also be English subtitles as well. The complete run time is 1,141 minutes. 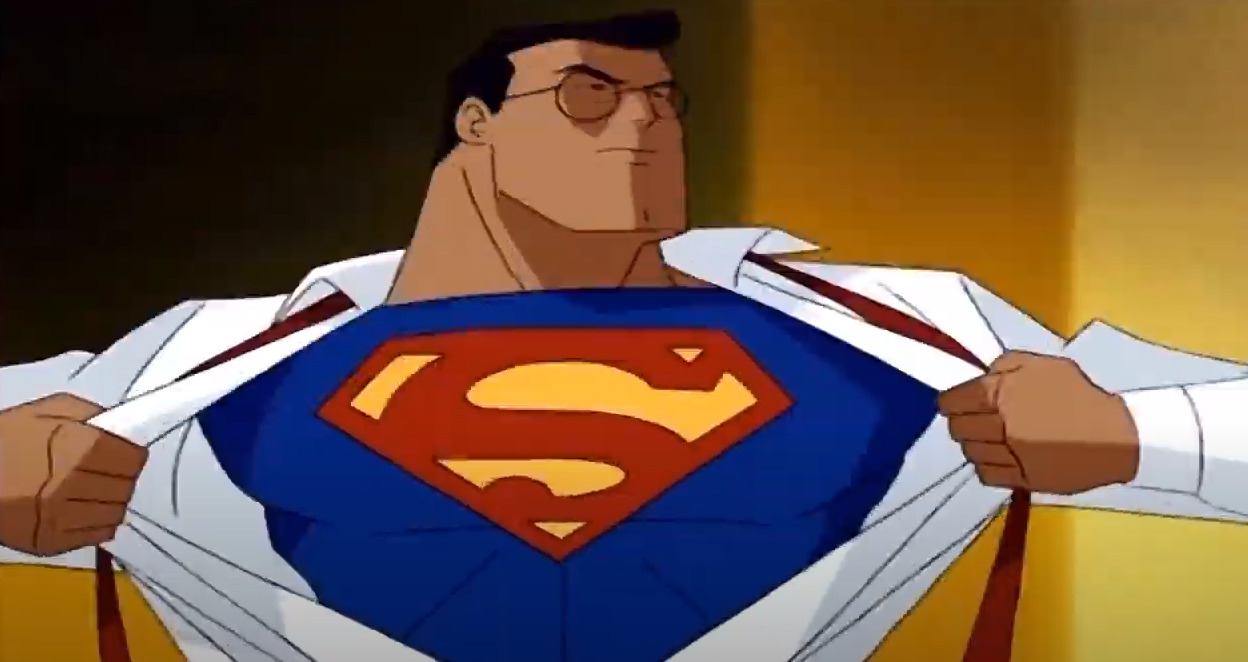 Do you plan on grabbing Superman: The Complete Animated Series Blu-ray and Digital Box Set?