BOOM! Studios is teaming up with Hasbro and Wizards of the Coast for a brand new Magic: The Gathering one-shot featuring the Master of Metal Tezzeret of Esper. 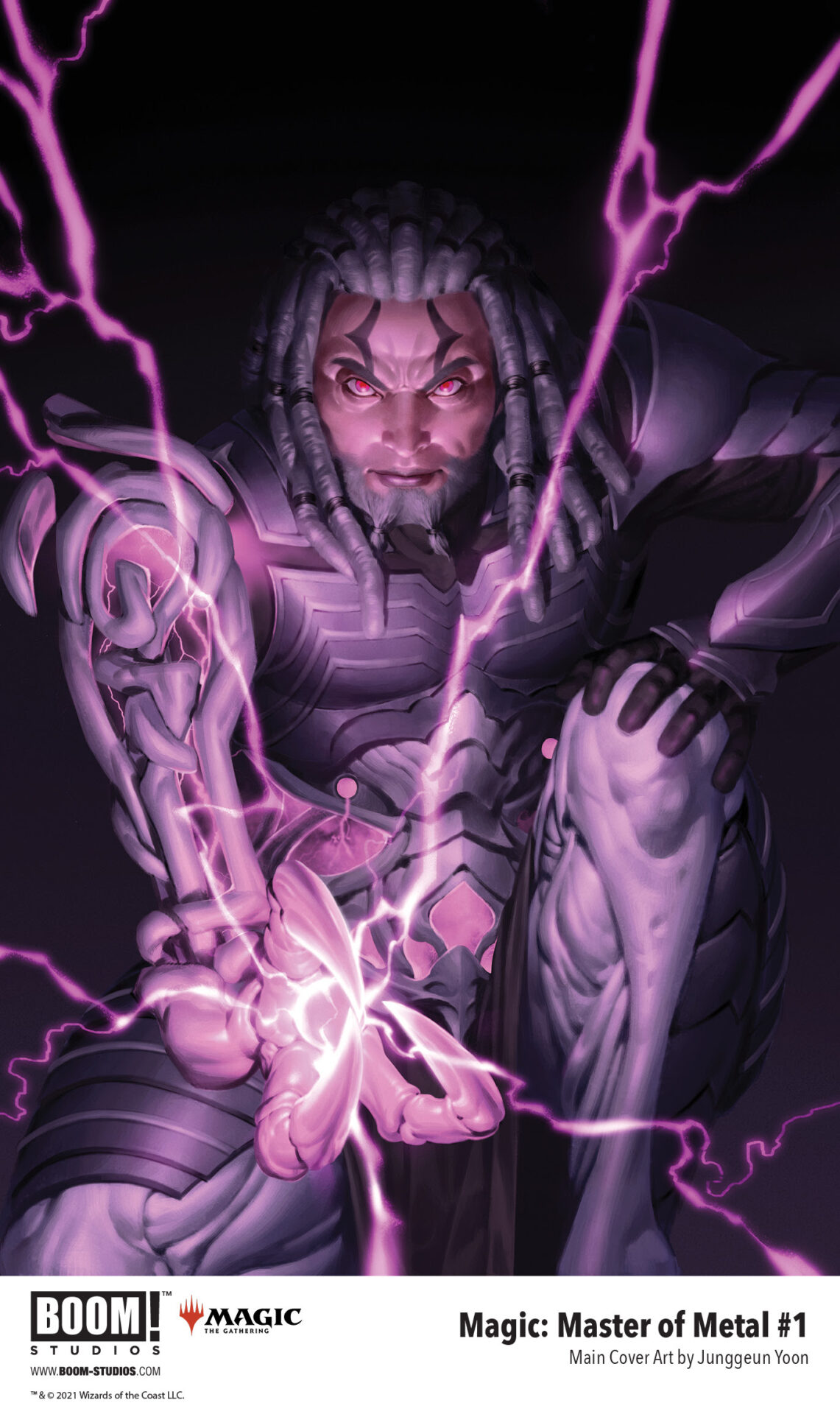 MAGIC: Master of Metal #1 will see Tezzeret of Esper journey across the Multiverse on his own personal mission in what BOOM! Studios says will be a story that ignites a “spark of events that will ripple throughout the Multiverse!”

The official description states, “When the fate of the Multiverse is at stake, what game will the scheming Master of Metal play? Tezzeret of Esper, the cruel artificer now free from his former master Nicol Bolas, the God-Pharaoh of Amonkhet, has traveled across the Multiverse seeking the answer to a question only he knows. Once he finds it, he will manipulate anyone necessary and do whatever it takes to claim his prize… but to what end?” 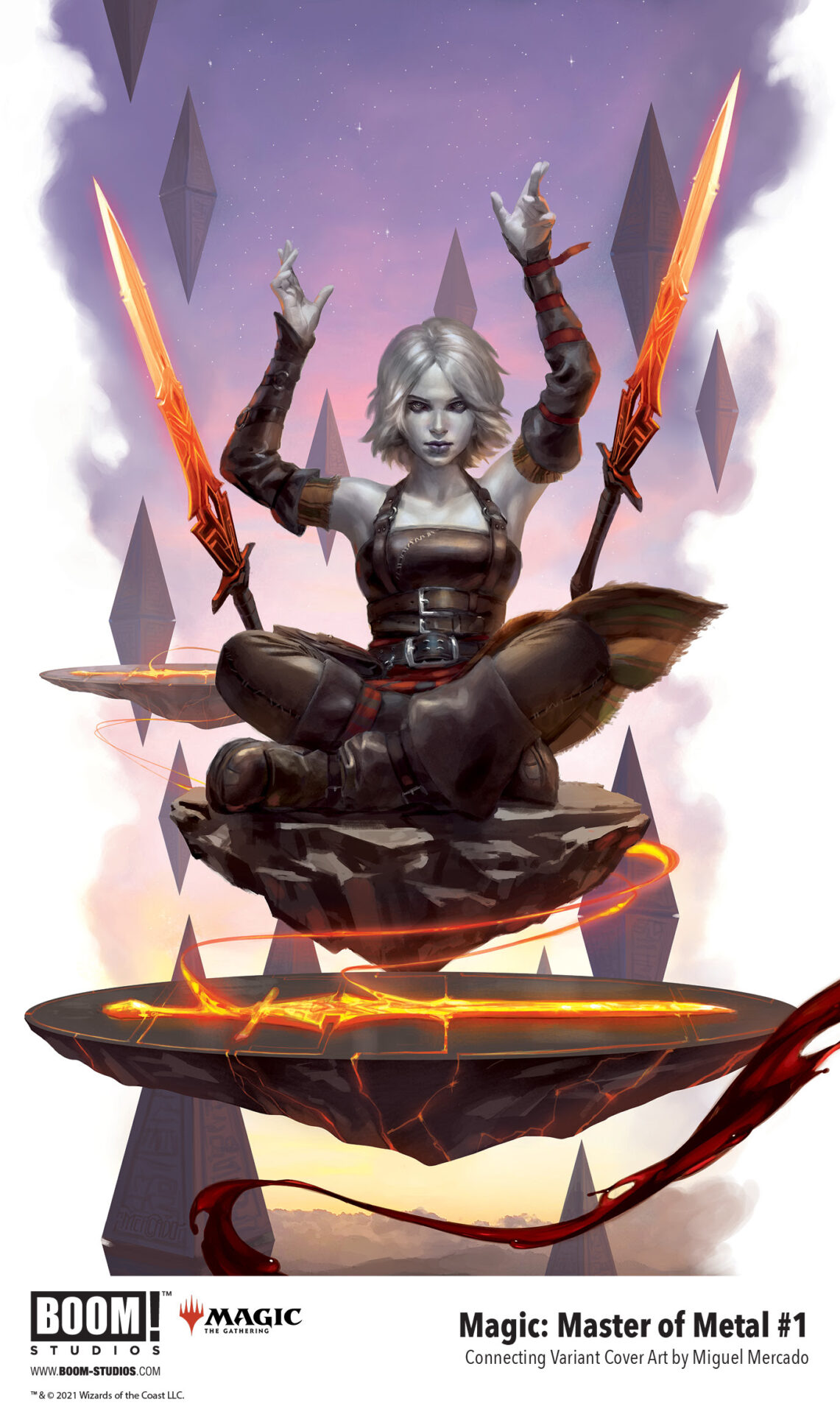 The one-shot series is written by Mairghread Scott with art work by Jorge Coehlo, French Carlomagno and Jacques Salomon. They are joined by colorist Francesco Segala and letterer Ed Dukeshire.

In a press release, Scott stated, “I’m thrilled to be writing in the MAGIC comic book universe with the new one-shot MASTER OF METAL! If you feel a cold prickle of dread crawling up your spine, don’t worry; everything is going according to plan.” 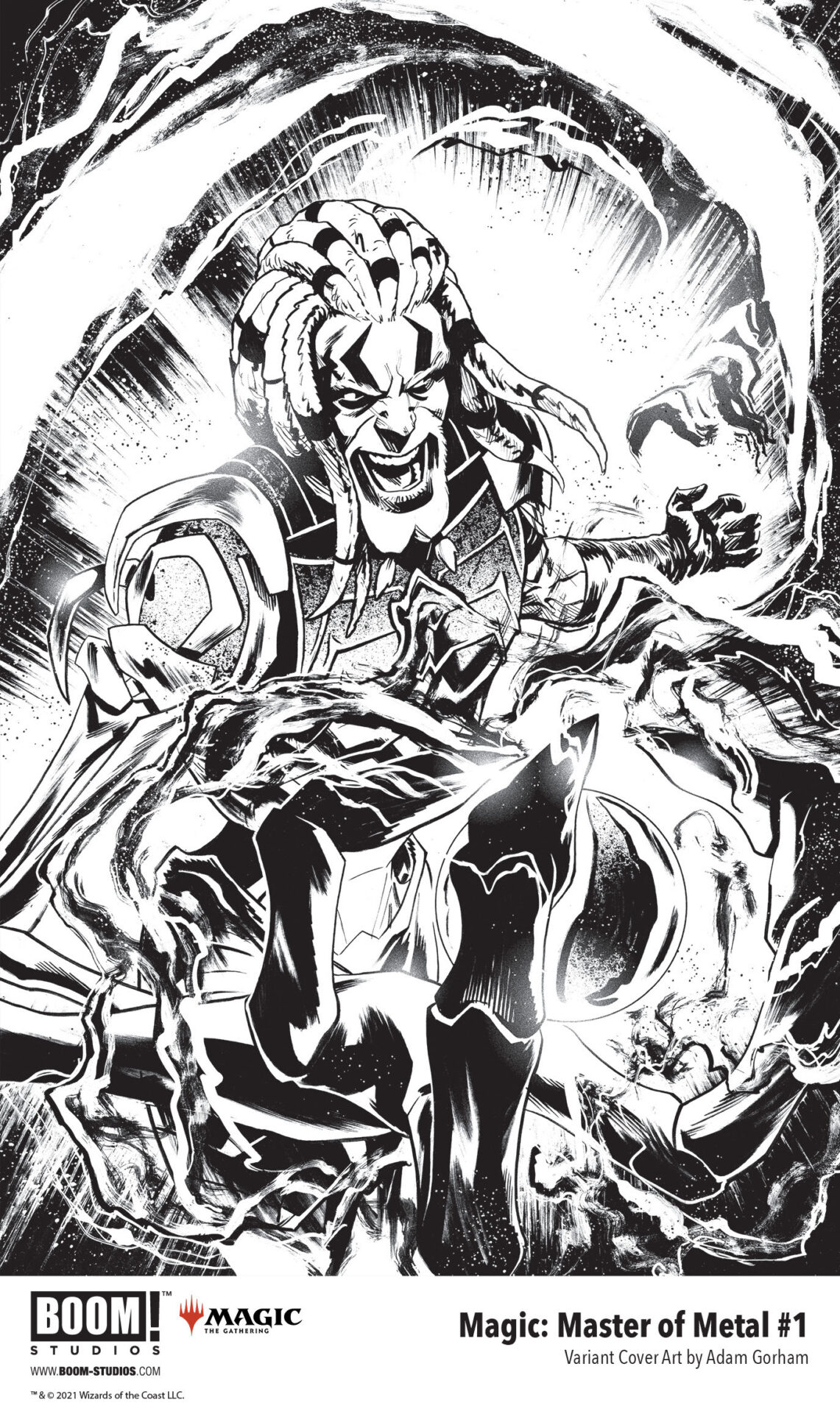 BOOM! Studios editor Kathleen Wisneski added, “ezzeret is one of those cerebral villains who’s got plans within plans. While Mairghread and our ingenious artists take readers through just a few links in his diabolical Rube Goldberg machine, MAGIC readers will be amazed to see how many of Ravnica’s current misfortunes Tezzeret set in motion.”

“MAGIC fans who already love to hate Tezzeret will appreciate the smart exploration of his psyche; and anyone new to MTG will understand why Tezzeret is one of the most popular characters in a vast multiverse,” she stated.

The one-shot will feature a number of variant covers. The main cover will be done Junggeun Yoon. Variant covers will feature the artwork of Adam Gorham as well as a connecting cover by Miguel Mercado.

The book is expected to hit comic book shelves in November 2021.

Do you plan on checking this one out?