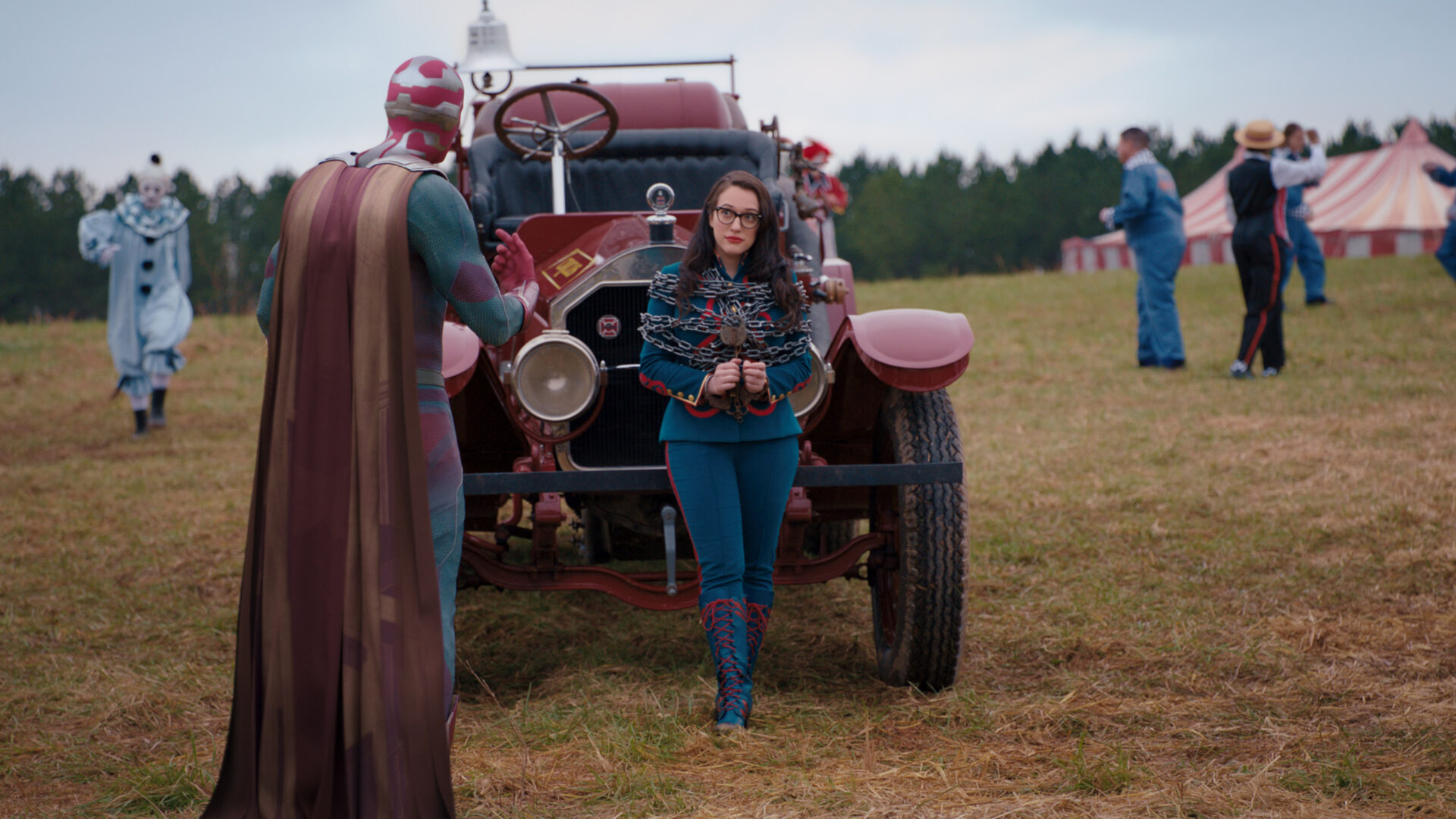 Dennings first appeared as Darcy Lewis in the first Thor film, where she was depicted as a political science student, who was the only applicant for an internship with Jane Foster.

However, the character would eventually become an astrophysicist and begin working with S.W.O.R.D. during the events of WandaVision. 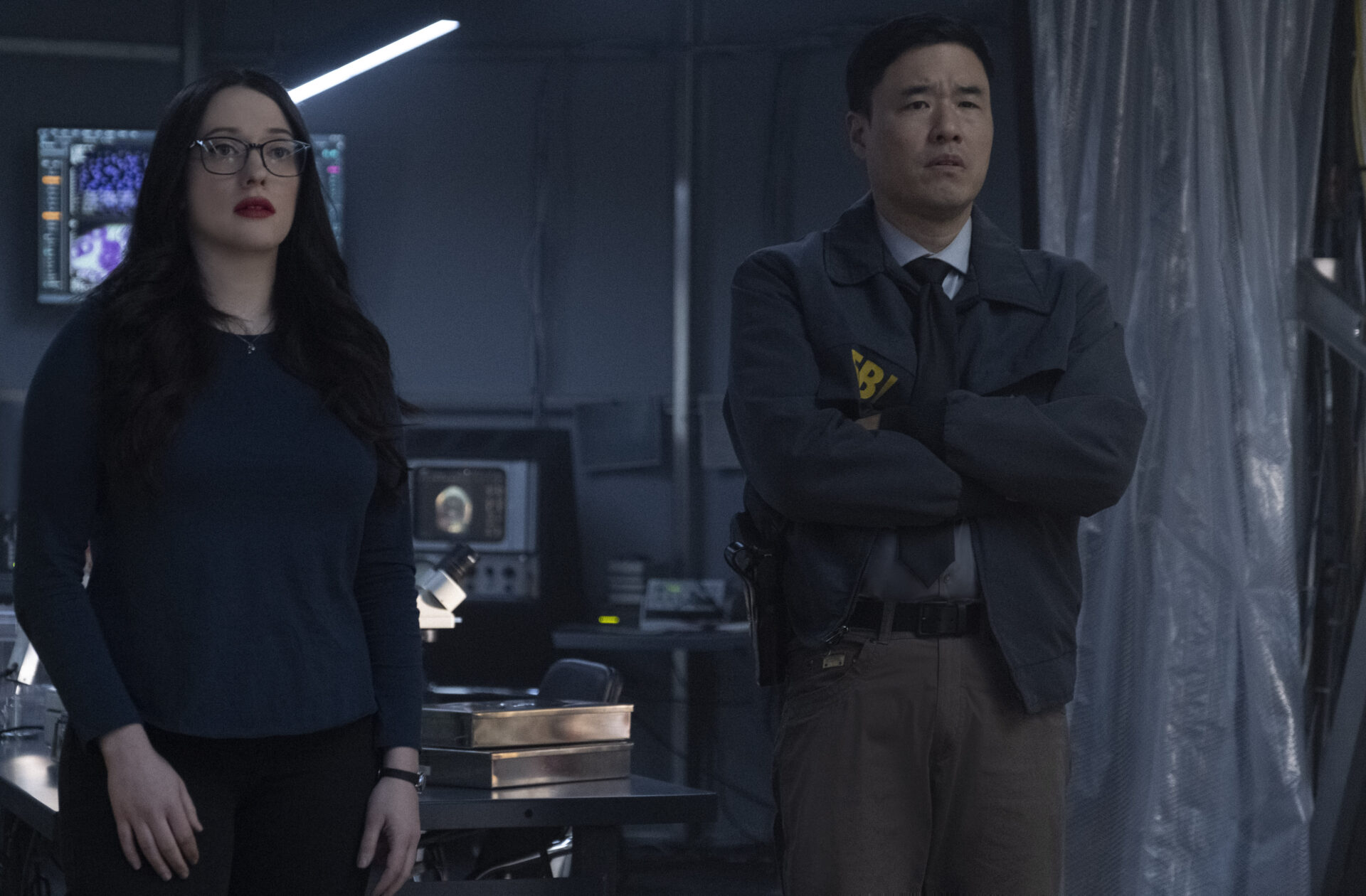 Dennings spoke with PopCulture.com, where she said that Marvel “took notice” of comments made in support of a Darcy Lewis and Jimmy Woo spinoff series.

However, she also expressed her surprise at being asked to reprise her role for WandaVision.

She told the website, “I was very surprised and excited. At first, I just knew they wanted to bring Darcy back. When I heard it was for WandaVision, I was very intrigued. It’s such a unique project — I think the audience really appreciated the specialness of the show.” 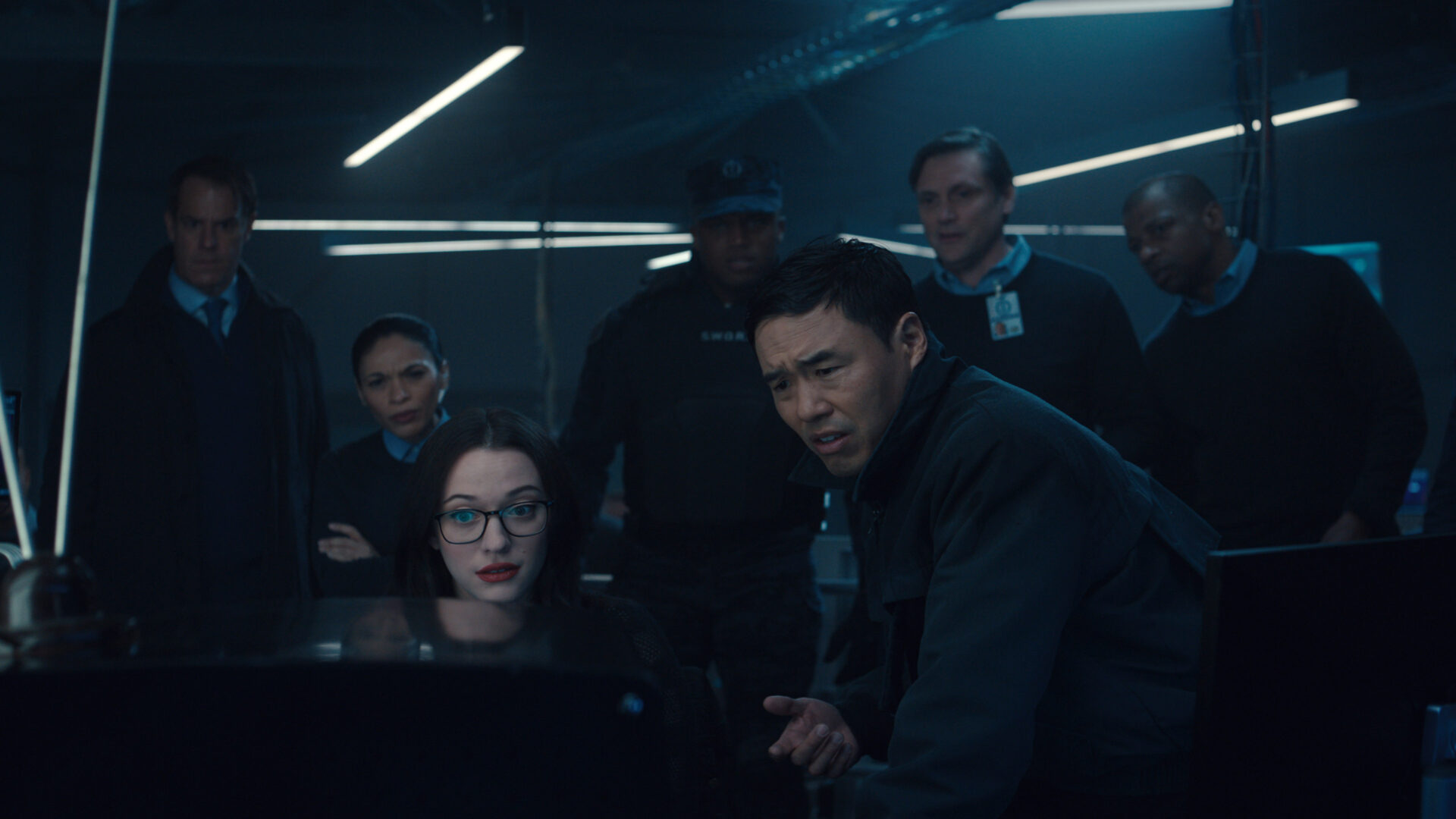 Dennings would go on to express her interest in reprising her role as Lewis or any other character for other Marvel projects, “I’m ALWAYS up for anything Marvel asks of me!”

As for teasing the Jimmy Woo and Lewis spin-off she said, “It’s always up to the powers that be. I think they took notice of all the comments. I would do it in a heartbeat!” 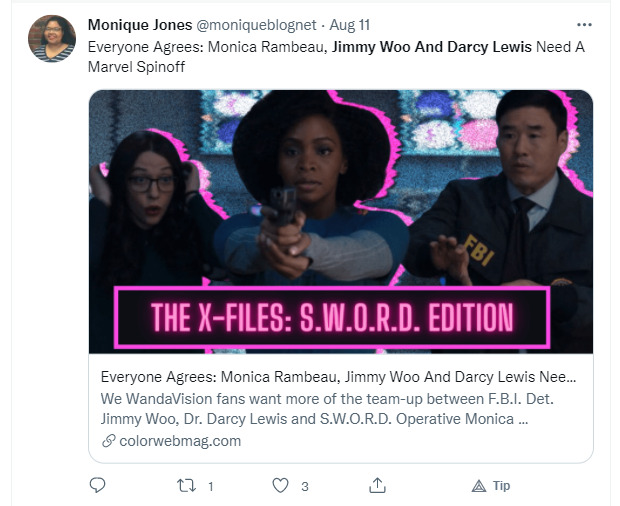 The article documented a number of Twitter users, but none of the tweets seem to actually have a lot of momentum behind them. In fact, some of them don’t even include Denning’s Lewis. 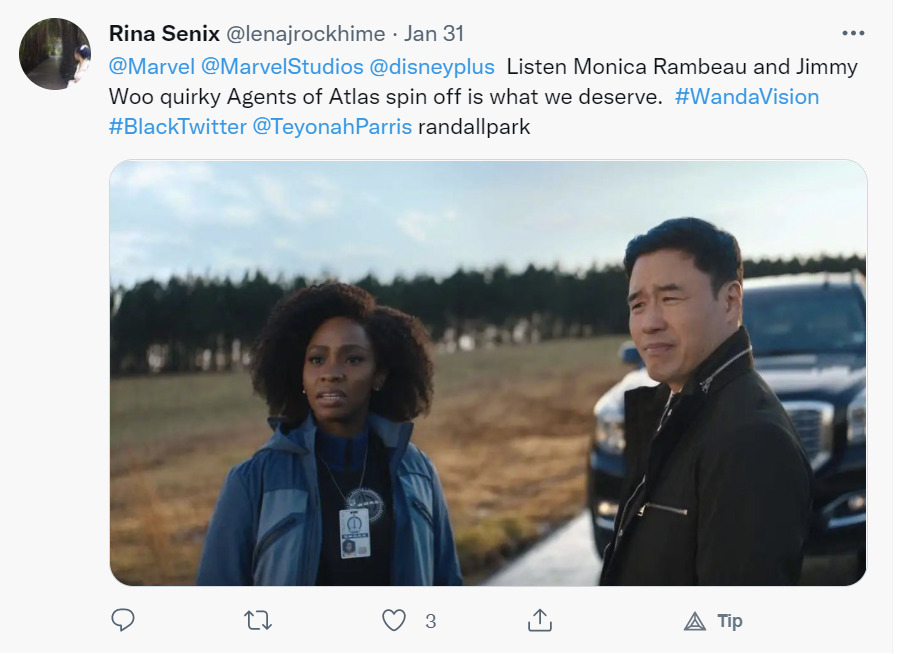 In February, ItsGEEKFEVER wrote, “Can we all just admit we want a Jimmy Woo/Monica Rambeau X-Files show right now?” 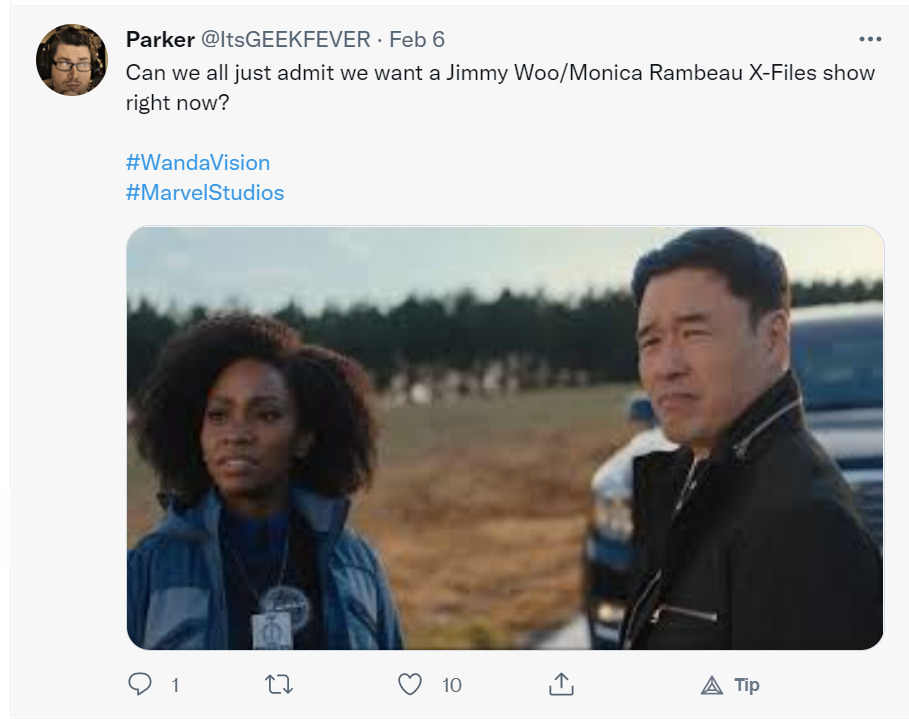 JUSTINtime4aLAF tweeted at the end of January, “I think 24 hours is enough time to say this vaguest of spoilers to the latest WandaVision episode: This last episode was what I wanted Agents Of SHIELD to be. And I would be down for a full SWORD series starring Monica Rambeau, Jimmy Woo, and Darcy Lewis.” 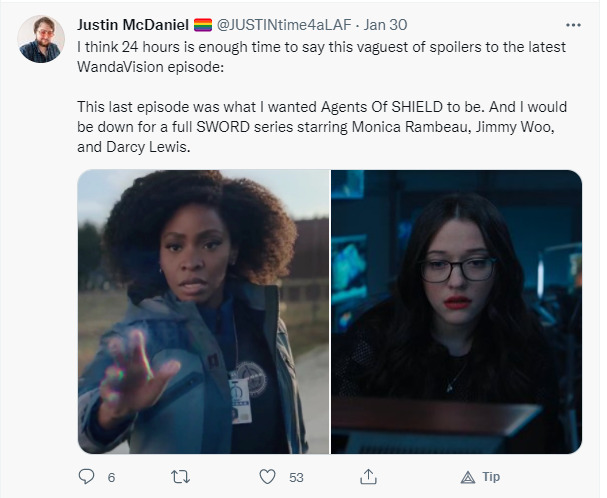 However, Teen Wolf actor and the writer of the TV series SIXERS suggested a series focusing on Jimmy Woo similar to the X-Files.

At the end of January he tweeted, “Hear me out: An entire Disney+ show about Jimmy Woo just working weird cases in the MCU. Like a fun X-Files. Make it happen.” His tweet went viral with over 188,000 likes. 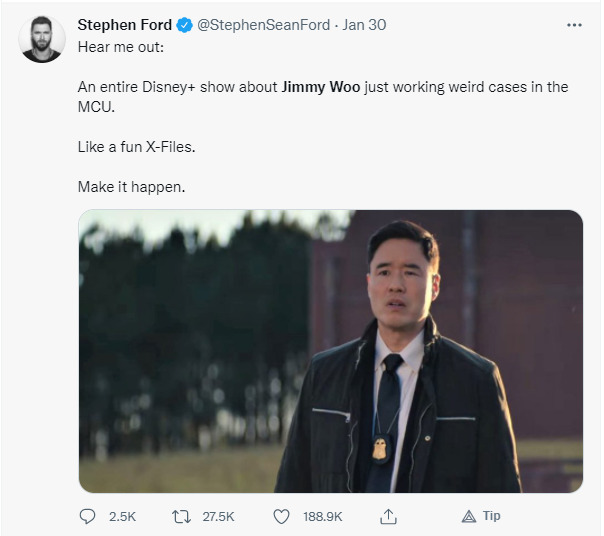 In a follow-up tweet he indicated his Twitter pitch did open some doors and that he was working on a pitch for an X-Files type series starring Randall Park as Jimmy Woo.

Ford wrote on Twitter back in February, “Uh. Wow. So. We might have actually opened some doors on my Jimmy Woo X-Files idea. I’m spending the weekend writing the pitch.”

“Can’t express how much of an underdog I am in this scenario so get too excited but cross your fingers and thanks to everyone who made it possible.” 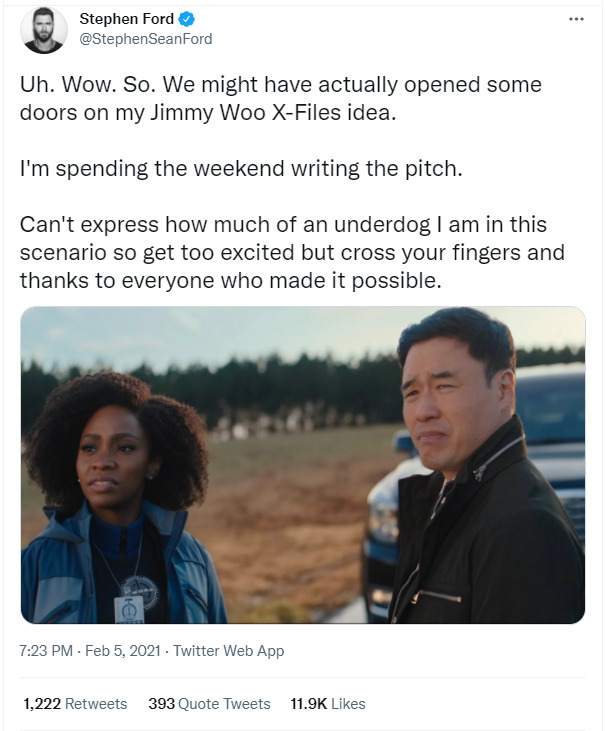 Ford would then post a blank update midway through February.

What do you make of Dennings’ comments about a Darcy Lewis and Jimmy Woo spin-off series? Would you want to see such a show? What about Stephen Ford’s idea of a Jimmy Woo led X-Files type of show?