Overwatch announced they will rename their cowboy-themed fighter, McCree, following a lawsuit against the game’s parent company, Blizzard. 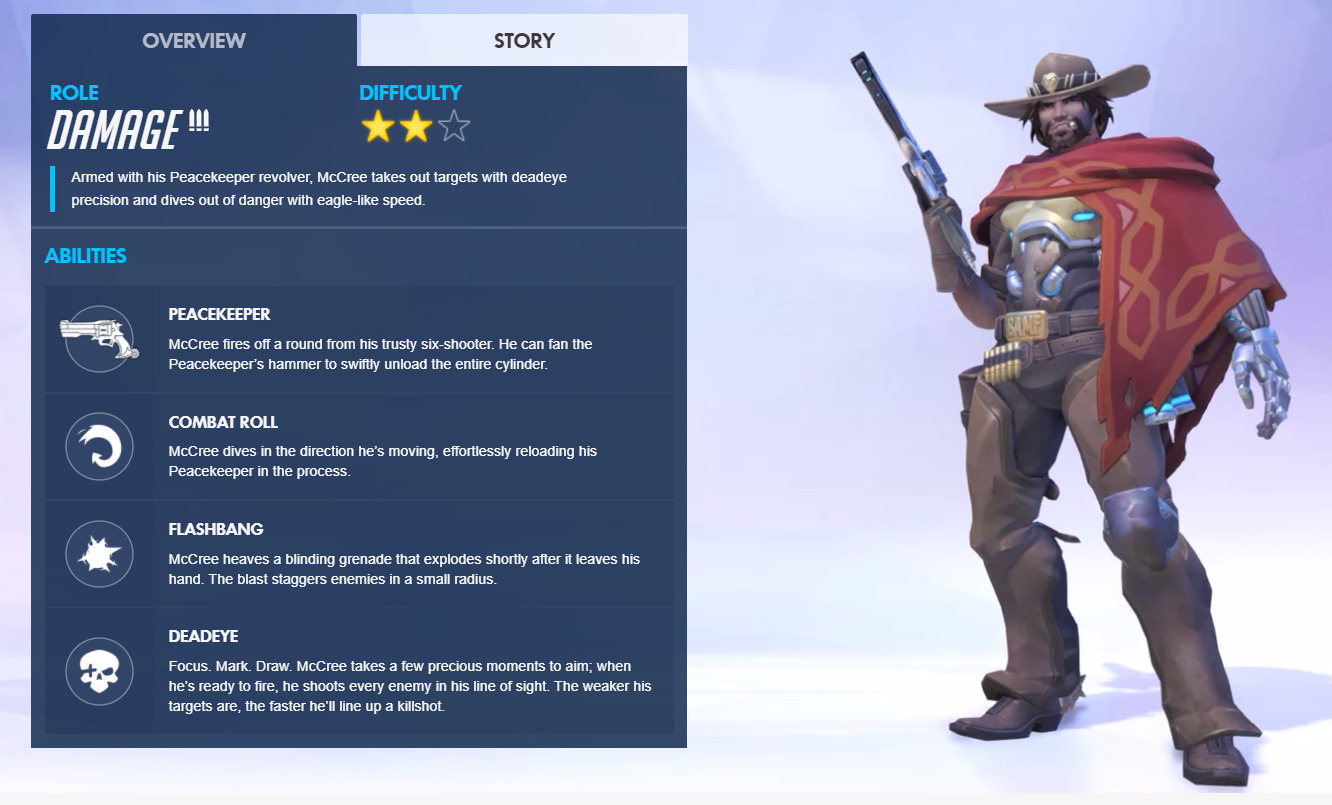 Overwatch posted the announcement that they would change the name of the character to their official Twitter page.

The announcement begins, “We built the Overwatch universe around the idea that inclusivity, equity, and hope are the building blocks of a better future. They are central to the game and to the Overwatch team.”

“As we continue to discuss how we best live up to our values and to demonstrate our commitment to creating a game world that reflects them, we believe it’s necessary to change the name of the hero currently known as McCree to something that better represents what Overwatch stands for,” they announced. 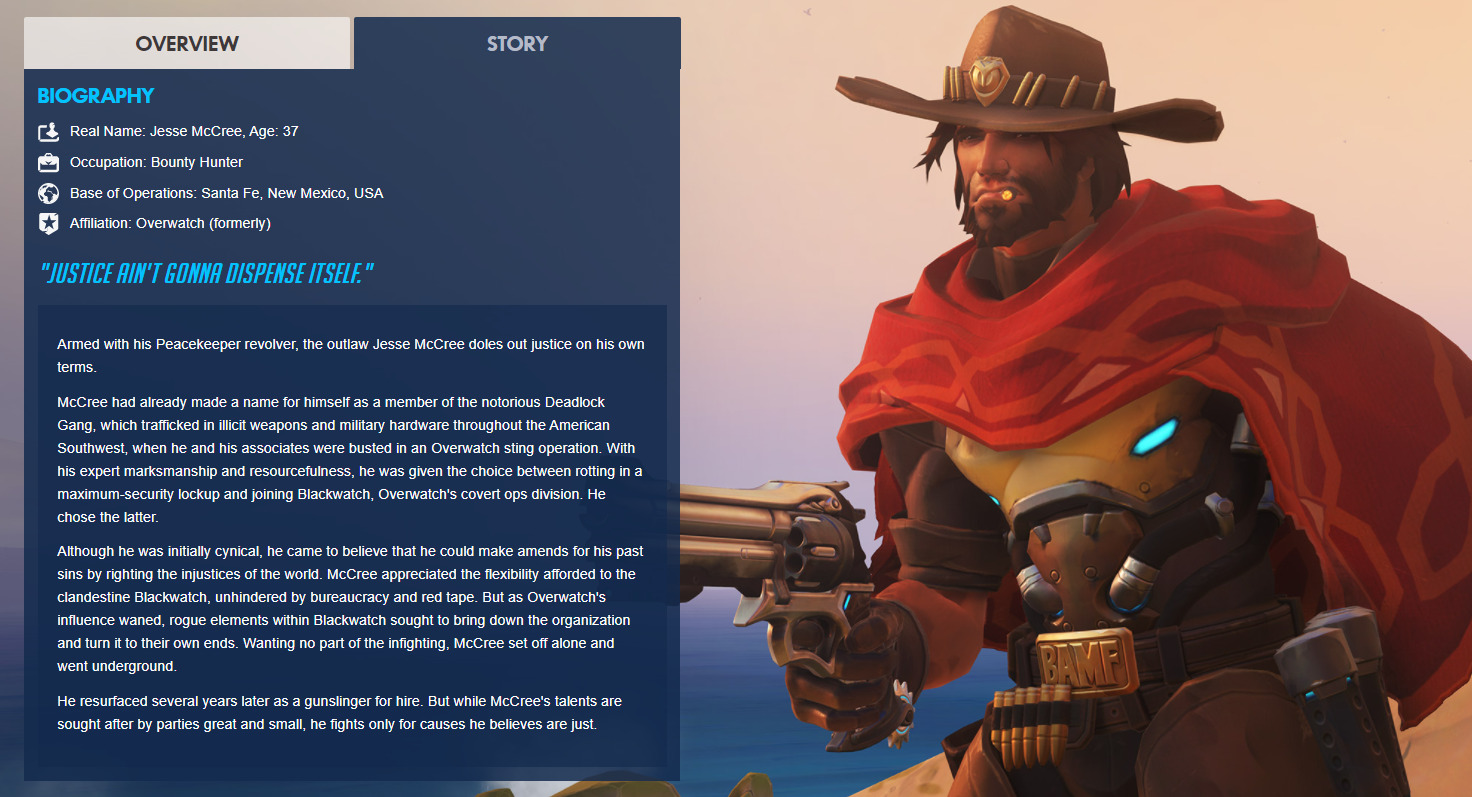 They continued, “We realize any change to such a well-loved and central hero in the game’s fiction will take time to roll out correctly, and we’ll share updates as this work progresses. In the near term, we had planned to kick off a narrative arc in September supported with new story and game content, of which McCree was a key part.”

“Since we want to integrate this change into the story arc, we will be delaying the new arc until later this year and instead launch a new FFA map this September. Going forward, in-game characters will no longer be named after real employees and we will be more thoughtful and discerning about adding real world references in future Overwatch content,” it went on.

Overwatch then added, “This will help reinforce that we’re building a fictional universe that is unmistakably different from the real world and better illustrates that the creation of Overwatch is truly a team effort. Work on these updates is underway, and they are just a part of our ongoing commitment to honest reflection and making whatever changes are necessary to build a future worth fighting for.”

The announcement concluded, “We know that actions speak louder than words, and we hope to show you our commitment to making Overwatch a better experience in-game and continue to make our team the best it can be.” 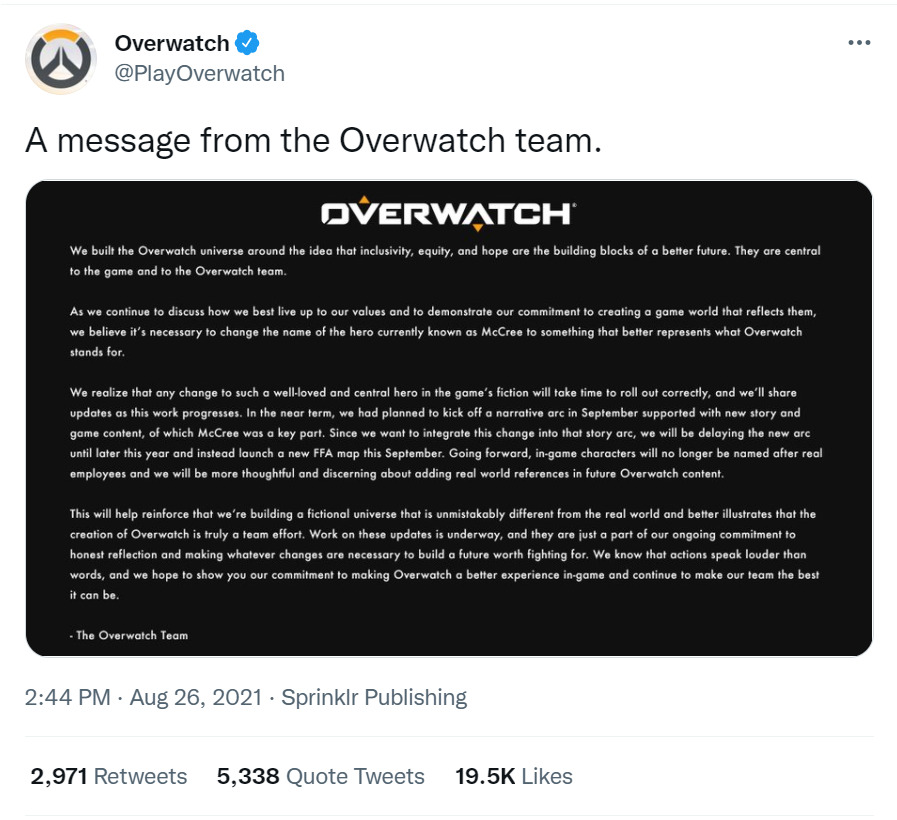 McCree was named after former Blizzard developer Jesse McCree who was most recently working as a designer on Diablo 4.

The name change comes as Overwatch’s parent company Blizzard Entertainment Inc. has been sued by the State of California’s Department of Fair Employment and Housing that accuses the company of fostering a “pervasive ‘frat boy workplace culture that continues to thrive.”

The lawsuit claims that the “‘frat boy’ culture is a breeding ground for harassment and discrimination against women. Female employees are subjected to constant sexual harassment, including having to continually fend off unwanted sexual comments and advances by their male co-workers and supervisors and being groped at the ‘cube crawls’ and other company events.”

It continued, “High ranking executives and creators engaged in blatant sexual harassment without repercussions. In a particularly tragic example, a female employee committed suicide during a business trip with a male supervisor who had brought butt plugs and lubricant with him on the trip. Defendants condone the quid pro quo and hostile work environment.”

The lawsuit further alleges that former Senior Creative Director of World of Warcraft at Blizzard Entertainment Alex Afraisiabi “was so known to engage in harassment of females that his suite was nicknamed the ‘Crosby Suite’ after alleged rapist Bill Crosby.”

An alleged image from BlizzCon 2013 was uncovered by Kotaku that shows McCree posing alongside other Blizzard employees in the supposed “Crosby Suite.”

Following Kotaku’s uncovering and publishing of the image, Kotaku reported that McCree alongside World of Warcraft designer Jonathan LeCraft were let go from the company.

In an update an Activision Blizzard spokesman confirmed the two had been let go alongside Luis Barriga. The spokesman told them, “We can confirm Luis Barriga, Jesse McCree, and Jonathan LeCraft are no longer with the company.”

Activision Blizzard initially responded to the lawsuit claiming the “DFEH includes distorted, and in may cases false, descriptions of Blizzard’s past.

The full response begins, “We value diversity and strive to foster a workplace that offers inclusivity for everyone. There is no place in our company or industry, or any industry, for sexual misconduct or harassment of any kind. We take every allegation seriously and investigate all claims. In cases related to misconduct, action was taken to address the issue.

It continues, “The DFEH includes distorted, and in many cases false, descriptions of Blizzard’s past. We have been extremely cooperative with the DFEH throughout their investigation, including providing them with extensive data and ample documentation, but they refused to inform us what issues they perceived.”

“They were required by law to adequately investigate and to have good faith discussions with us to better understand and to resolve any claims or concerns before going to litigation, but they failed to do so. Instead, they rushed to file an inaccurate complaint, as we will demonstrate in court,” Activision Blizzard asserted. 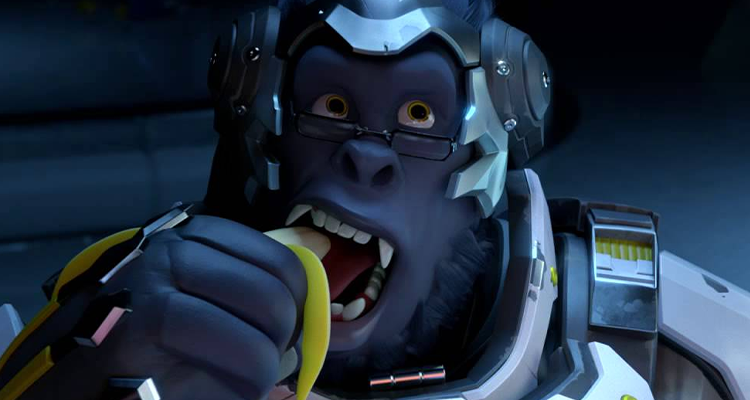 They then claimed they were sickened by the lawsuit, “We are sickened by the reprehensible conduct of the DFEH to drag into the complaint the tragic suicide of an employee whose passing has no bearing whatsoever on this case and with no regard for her grieving family. While we find this behavior to be disgraceful and unprofessional, it is unfortunately an example of how they have conducted themselves throughout the course of their investigation. It is this type of irresponsible behavior from unaccountable State bureaucrats that are driving many of the State’s best businesses out of California.”

“The picture the DFEH paints is not the Blizzard workplace of today. Over the past several years and continuing since the initial investigation started, we’ve made significant changes to address company culture and reflect more diversity within our leadership teams,” they added. 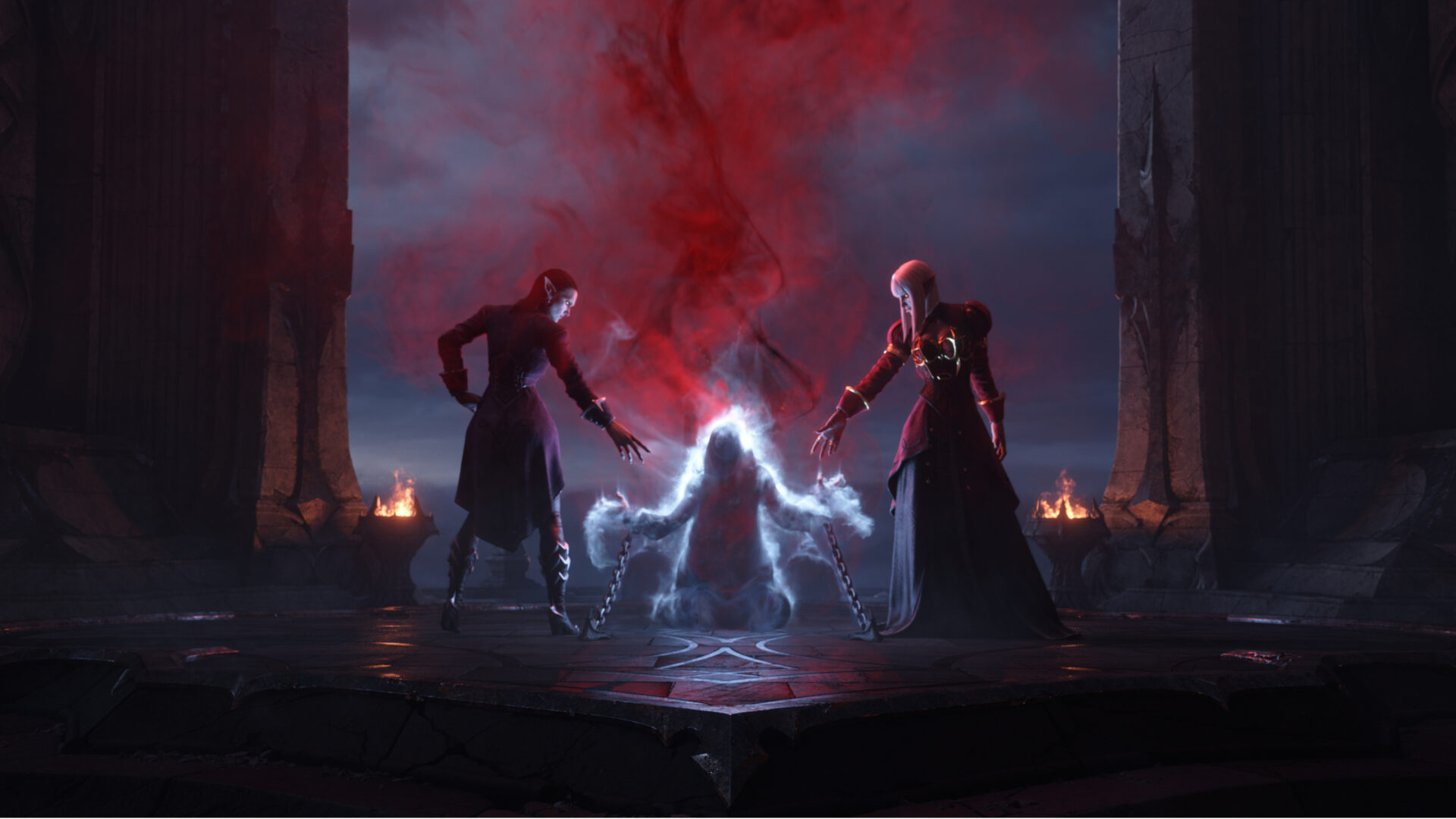 Activision Blizzard then touted the changes the company has made, “We’ve amplified internal programs and channels for employees to report violations, including the ‘ASK List’ with a confidential integrity hotline, and introduced an Employee Relations team dedicated to investigating employee concerns. We have strengthened our commitment to diversity, equity and inclusion and combined our Employee Networks at a global level, to provide additional support. Employees must also undergo regular anti-harassment training and have done so for many years.”

They elaborated, “We put tremendous effort in creating fair and rewarding compensation packages and policies that reflect our culture and business, and we strive to pay all employees fairly for equal or substantially similar work.”

We take a variety of proactive steps to ensure that pay is driven by non-discriminatory factors. For example, we reward and compensate employees based on their performance, and we conduct extensive anti-discrimination trainings including for those who are part of the compensation process,” Activision Blizzard stated.

It concluded, “We are confident in our ability to demonstrate our practices as an equal opportunity employer that fosters a supportive, diverse, and inclusive workplace for our people, and we are committed to continuing this effort in the years to come. It is a shame that the DFEH did not want to engage with us on what they thought they were seeing in their investigation.” 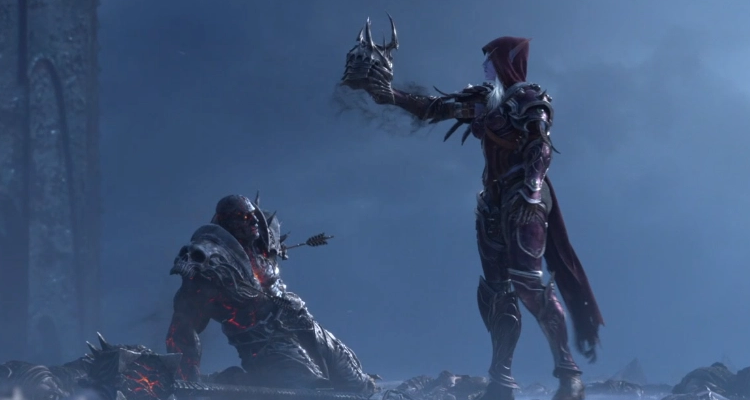 What do you make of Overwatch changing the name of McCree following this lawsuit, the uncovering of a picture from the alleged “Crosby Suite,” and the subsequent letting go of McCree?