Sentai heroes are known for their ability to transform from regular, everyday people into extraordinary heroes in the blink of an eye, but can such a hero transform the heart of a supervillain?

It may be possible, but as both Fudo Aikawa and audiences will discover when the anime adaptation of Love After World Domination hits Funimation in 2022, it likely won’t be easy. 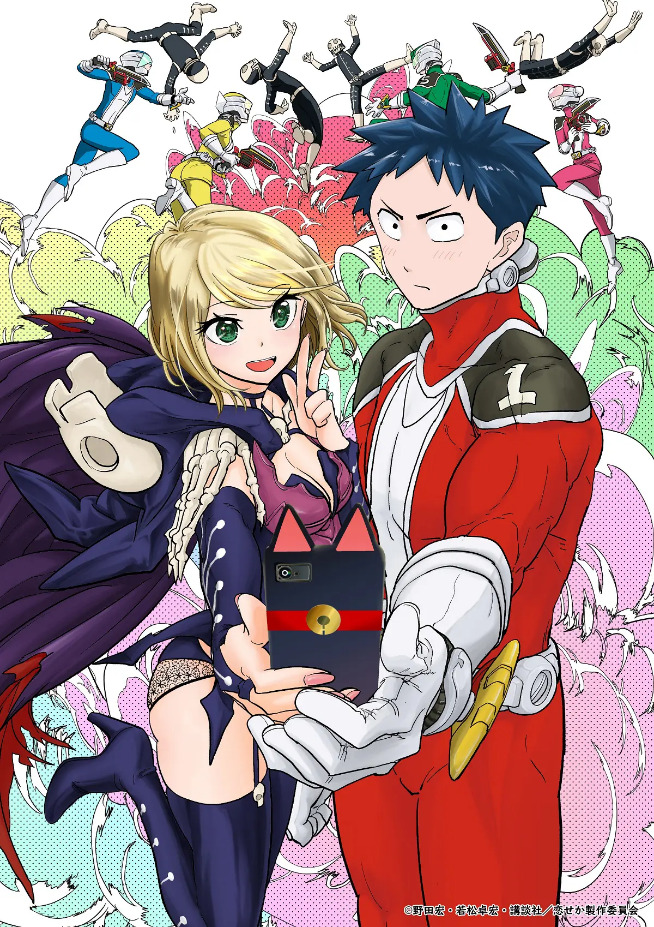 Based on the manga of the same name written by Hiroshi Noda, illustrated by Takahiro Wakamatsu, and originally published in Kodansha’s Monthly Shonen Magazine, Love After World Domination follows the love story of Fudo Aikawa, the Red-clad leader of the Gelato 5 sentai team, and Desumi Magahara, a member of the villainous GECKO organization, as they attempt to make a romantic connection despite their ‘vocational differences.’

The series’ official synopsis, as provided by Kodansha and Project No. 9, begins, “Here’s the lowdown! Fudo Aikawa is the leader of Red Gelato, a hero squad striving for world peace. Desumi Magahara, AKA The Princess of Death, works for Gecko, a secret society striving for world domination.”

It continues, “They should be sworn enemies, but they have a deep connection that goes beyond their organizational affiliations! The two of them are actually…a couple! They’ve secretly started going out without telling anyone.”

The synopsis concludes, “However, neither has any romantic experience, so absolutely everything is new to them. This is a forbidden love comedy where it’s gameover if anyone finds out!

Originally announced as in production on April 6, 2021 courtesy of the series’ aforementioned home publication, Love After World Domination was officially licensed by Funimation on August 23rd, with the Western anime platform publishing both a blog post and a tweet disclosing their acquisition of the adaptation revealing, “Love After World Domination is officially coming to Funimation next year!” 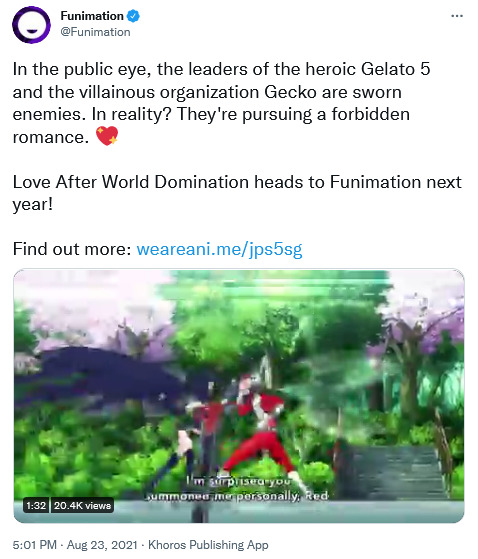 Alongside the series’ original announcement, Kodansha also noted that the series would be helmed by studio Project No. 9 (Didn’t I Say to Make My Abilities Average in the Next Life?!, Bottom-tier Character Tomozaki) and released official key art for the series’ two main characters, as well as a brief description of each respective protagonist.

His official description states, “Here’s the lowdown! Desumi Magahara is a highschooler who loves cute things. She longs for romance, but as the Princess of Death—a soldier for the secret society Gecko—she’s constantly engaged in fierce battles with Gelato 5, making her chances of finding love nonexistent…or so she thought! One day, due to an unexpected turn of events, Desumi, the strongest evildoer, is now dating Fudo Aikawa, better known as Red Gelato, and her heart is racing with excitement over their secret relationship!” 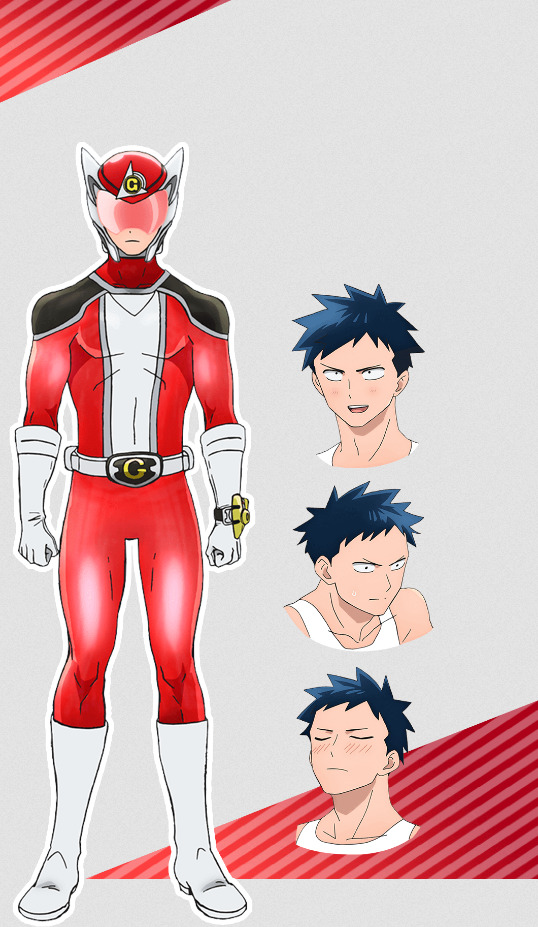 Her official description reads, “Here’s the lowdown! Fudo Aikawa is a highschooler who’s all about working out. His real identity is Red Gelato, the fearless leader of the hero squad Gelato 5! For the sake of upholding peace, he leads a loveless life, spending his days fighting battle after battle. Until one day, when he experiences love at first sight. He falls head over heels for none other than Desumi Magahara, Princess of Death and elite soldier of Gecko, a secret society plotting for world domination.” 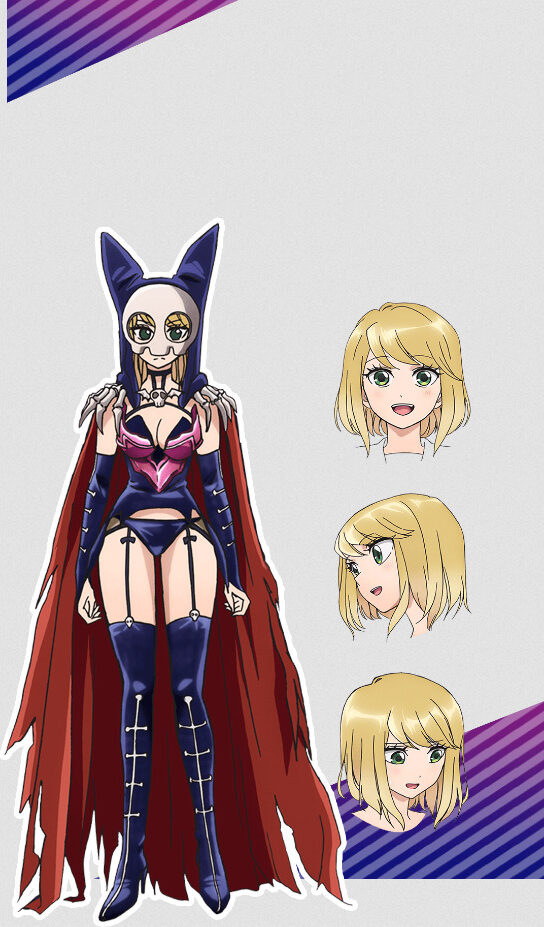 Are you excited to check out Love After World Domination? Let us know your thoughts on social media or in the comments down below!