This new gameplay trailer doesn’t actually show any gameplay until about the 1:12 mark. Rather it spends the majority of the first half of the trailer providing more story details.

It begins with the daughter of Lilith known as the Hunter realizing she’s been in a crypt for multiple centuries and that she had previously defeated Lilith, but the ancient being has returned.

When the trailer finally gets to the actual gameplay, it reveals a card mechanic is used to have your characters take action.

Hilariously, Marvel pulls out their now iconic and stupid marketing strategy by describing the Hunter as a first. As part of a livestream hosted by IGN, a voice over touts, “For the first time in any Marvel game, the Hunter is a customizable original superhero, allowing you to live out your very own Marvel adventure.”

Literally all of the LEGO Marvel Super Heroes games had customizable original characters that you could create. This claim about Midnight Suns is a straight up lie. 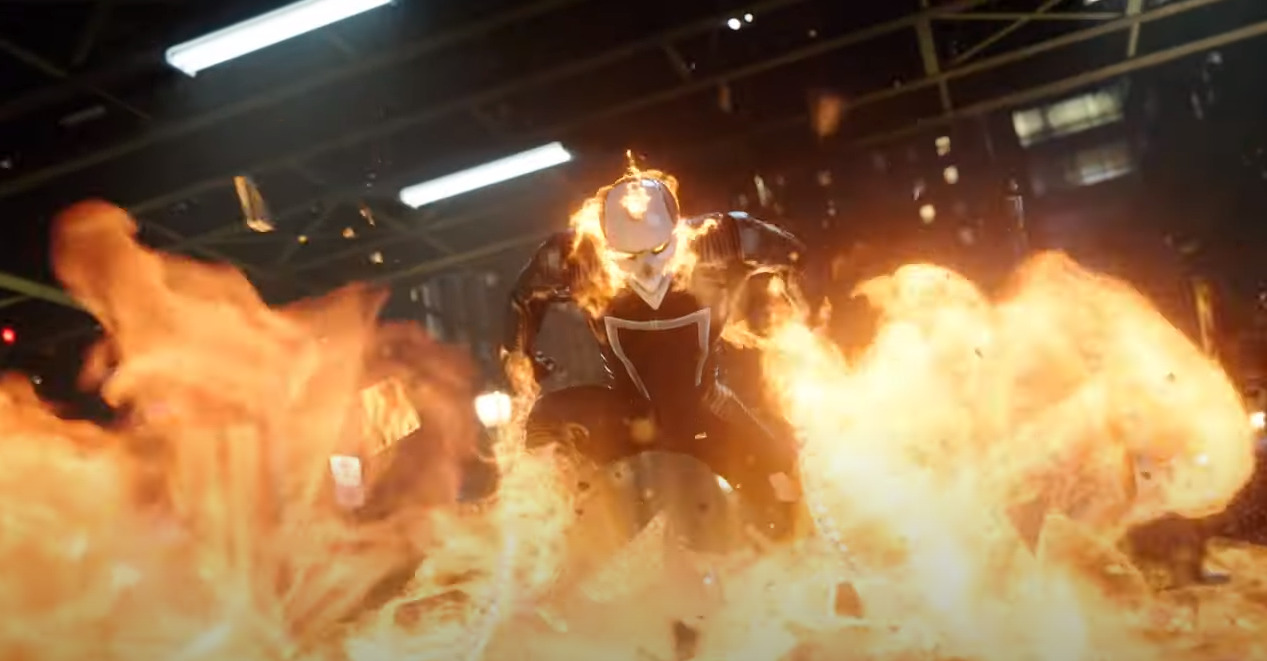 Nevertheless, Firaxis Studios Creative Director Jake Solomon provided more details about the Hunter saying, “We always wanted to have a customizable character. Something kind of new for the Marvel Universe because we wanted the player to put themselves into the game.”

He continued, “A lot of this game is about not just fighting and combat, but also developing relationships with the heroes of your choice. The way you do that is by being the Hunter. And so this Hunter, they have a narrative connection, because in our universe they are actually the child of Lilith. But you can customize this character to look how you want and you can customize how they can play as well.” 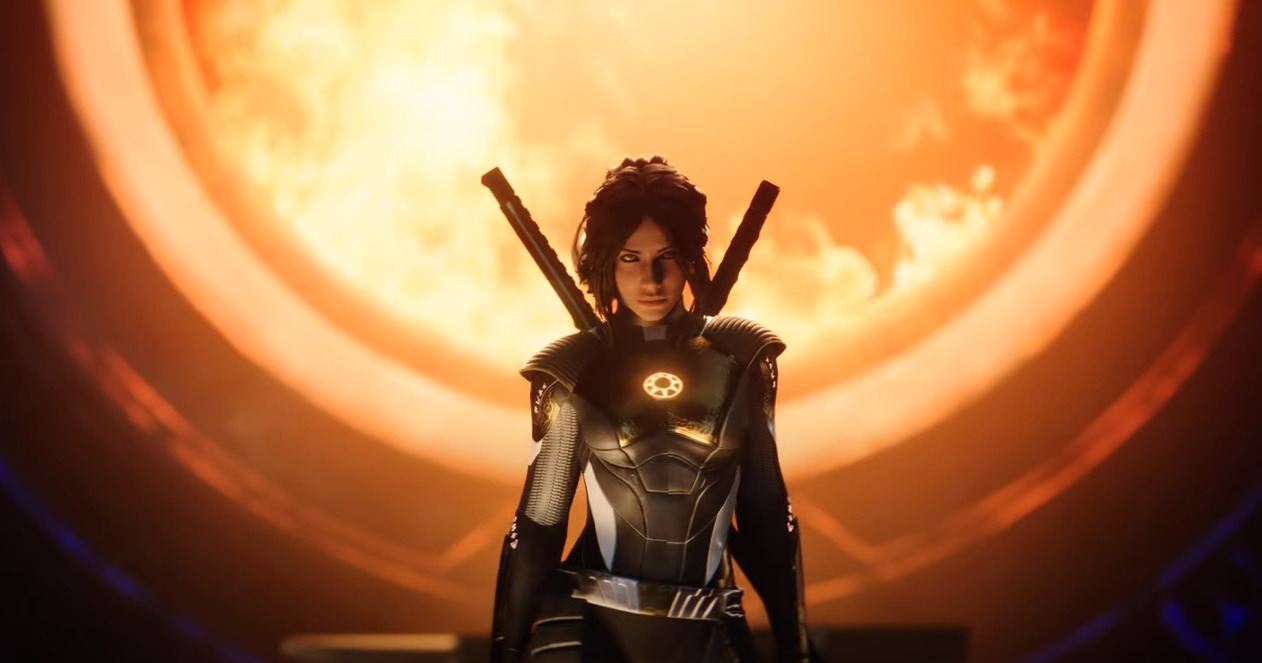 Solomon then talked about the game’s Abbey, which is the Midnight Sun’s base. He noted, “After you come back from missions, you can choose what hero you want to hang out with. And you can say, ‘All right Ghost Rider and I are going to play video games’ or ‘Doctor Strange and I are going to meditate on the cliffs,’ or ‘Tony Stark and I are going to go lift weights.'”

“The player has a lot of different activities to choose from. It’s not just hanging out at night. You can join clubs around the abbey. You can talk to the heroes during the day. And all of these things have an impact on your relationships with these heroes and how you sort of form these friendships. And of course those friendships have huge benefits in combat gameplay as well,” he asserted.

Solomon did add that the Hunter can become “Very, very, very close friends” with the other Marvel characters. 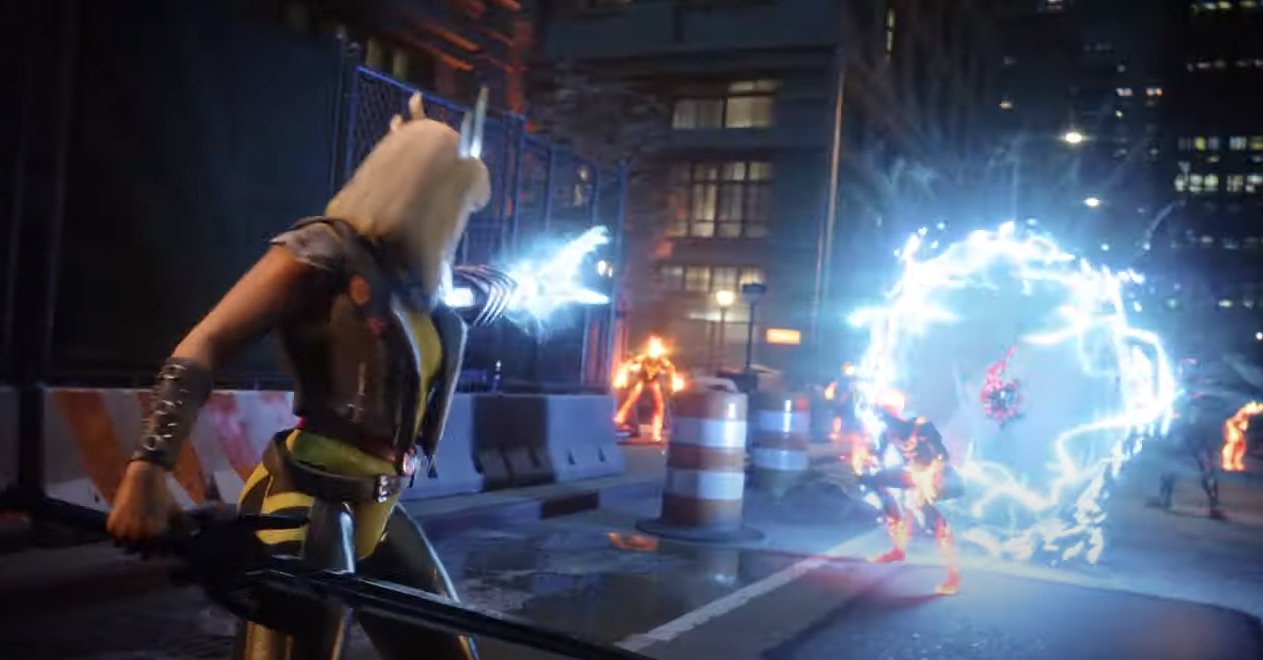 Solomon did state that the game will feature 12 Marvel heroes in addition to the Hunter at launch. 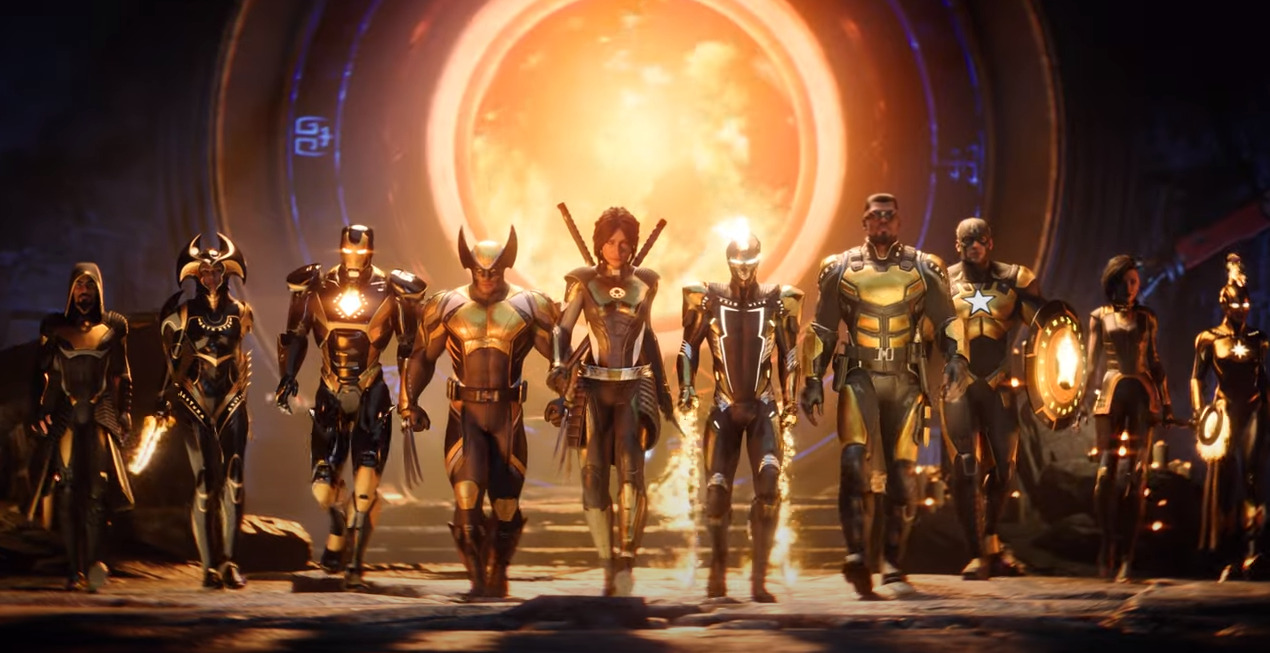 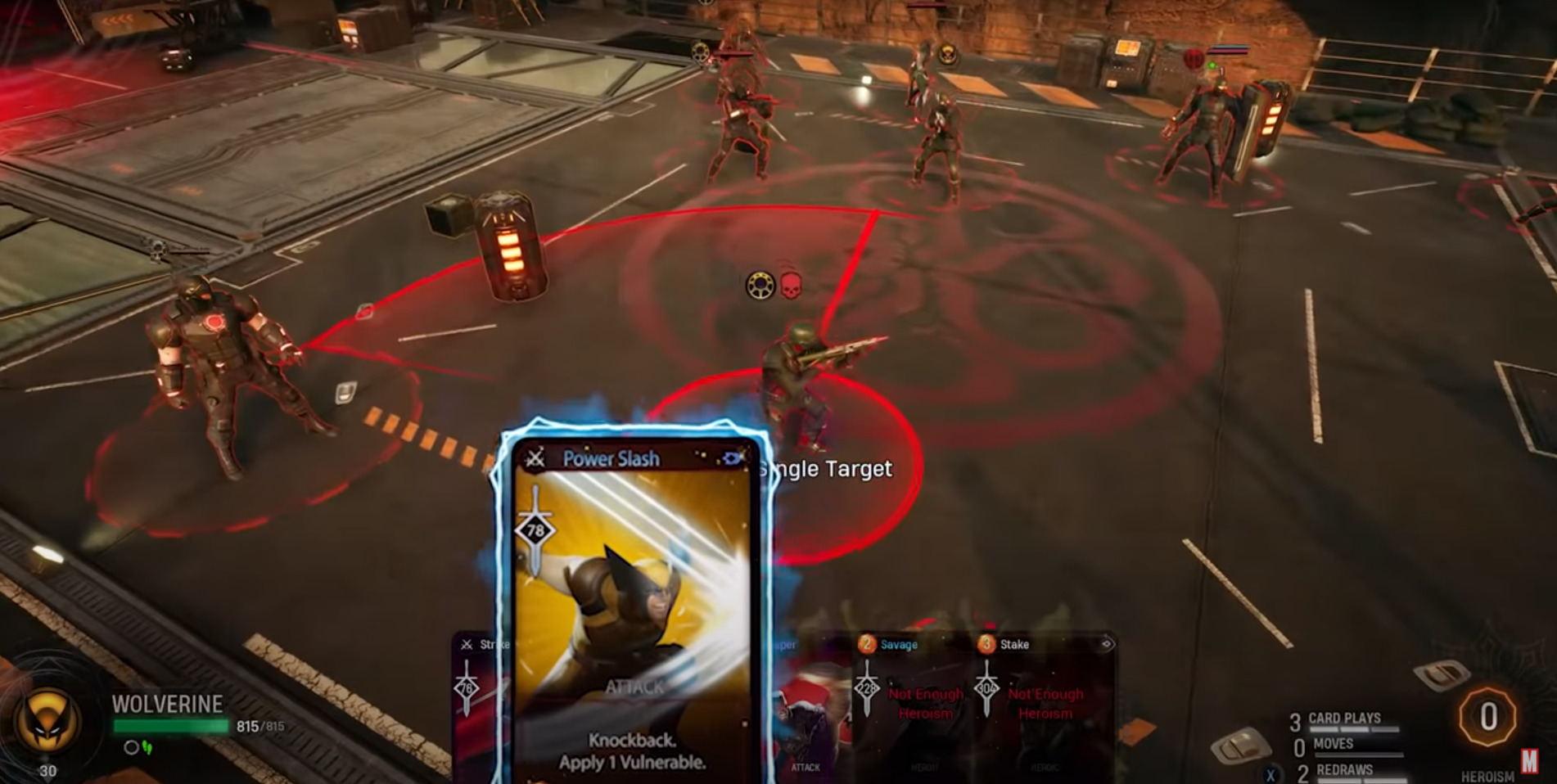 Midnight Suns was announced was announced earlier this month with a cinematic trailer showcasing a number of Marvel heroes facing off against the forces of Lilith.

In a press release 2K Games, Marvel, and Firaxis explained that “Midnight Suns, a new tactical RPG set in the darker side of the Marvel Universe…brings players face-to-face against supernatural forces as they team up with and live among the Midnight Suns, Earth’s last line of defense against the underworld.”

As far as the story they teased, “Through a twisted marriage of magic and science, the nefarious force known as Hydra has revived Lilith, Mother of Demons, after centuries of slumber.”

“Lilith will stop at nothing to complete an ancient prophecy and summon her evil master, Chthon. Pushed to the brink, the Avengers desperately look to fight fire with Hellfire by enlisting the help of the Midnight Suns – Nico Minoru, Blade, Magik, and Ghost Rider – young heroes with powers deeply rooted in the supernatural, formed to prevent the very prophecy Lilith aims to fulfill.”

The press release concluded, “Together, they resurrect an ancient warrior – the Hunter, Lilith’s forsaken child and the only hero known to have ever defeated her.” 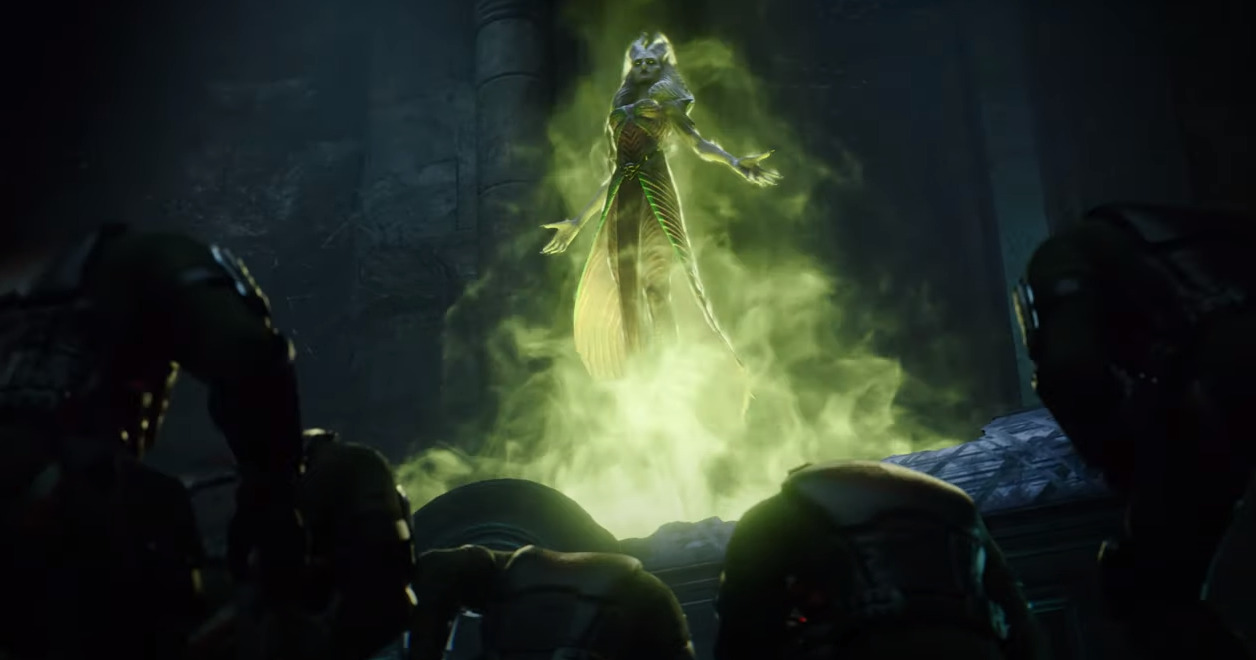 What do you make of this gameplay trailer and the developer commentary?