Former Superman actor Dean Cain recently disclosed that he is open to the idea of running for Governor of California, but noted that there is still one more thing that needs to happen before he seriously considers it.

This past weekend, one Twitter user shared an image of the actor in the movie Override — in which Cain played the role of Vice President of the United States — and wrote, “Came across this pic….I have to say @RealDeanCain you make politics look good.”

Replying to the tweet, Cain wrote, “I’m hoping @larryelder becomes our new Governor of California,” before adding, “If not, I’m throwing in the bullpen—” 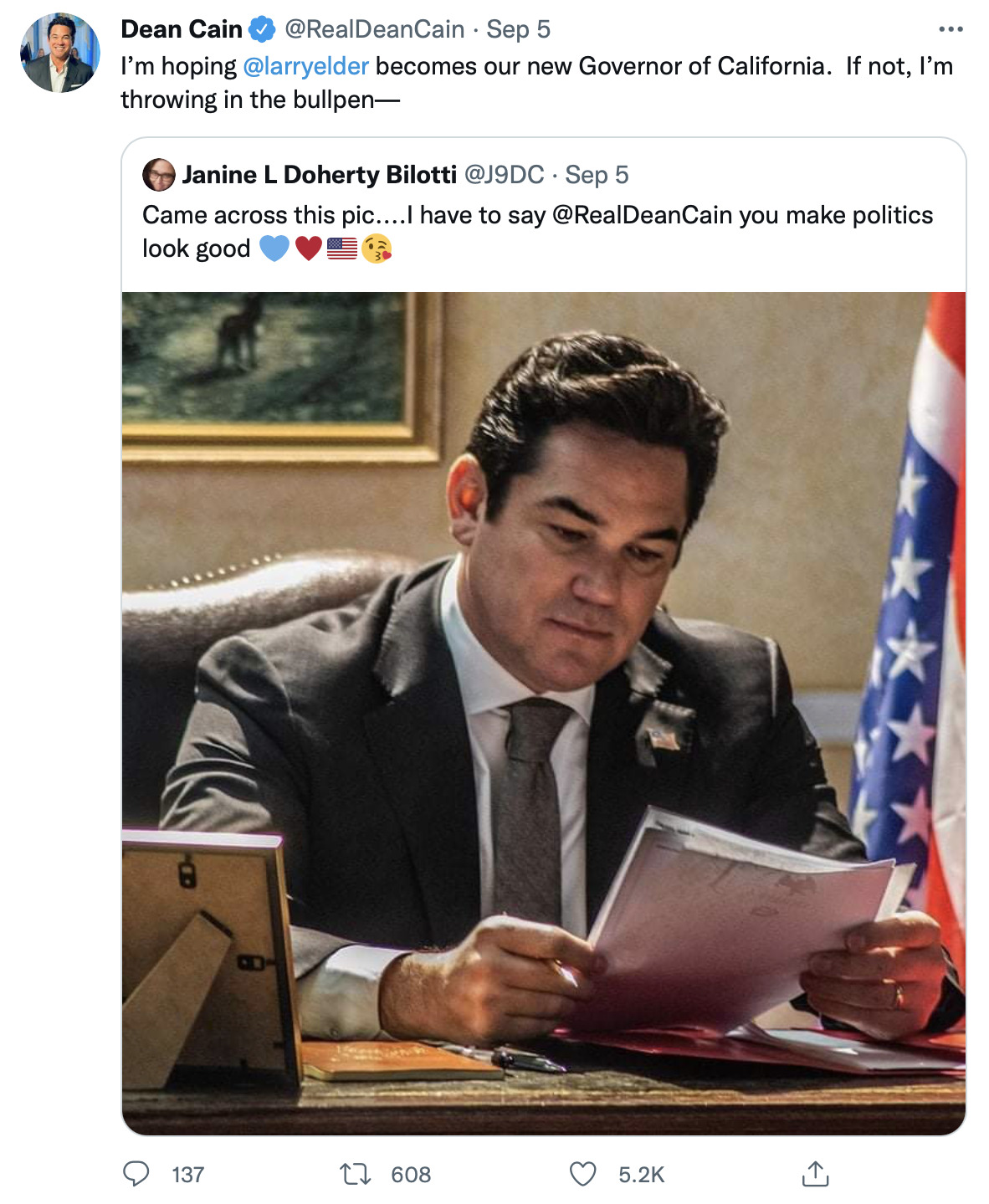 As mentioned by Cain, conservative talk radio host Larry Elder is currently running for Governor of California, aiming to replace the current California Governor Gavin Newsom(D) via a recall referendum that will be taking place on the 14th of September.

Elder announced that he would be challenging Newsom in July of this year,  stating, ““I have common sense. I have good judgment. I’m born and raised here. I think I understand the state.”

The Republican talk radio host added, “I know it’s a long shot,” but he also asserted that he had “fire in the belly to see if I can do something … to move the needle in the right direction.”

In a recent Instagram post, Elder encouraged his followers to cast their votes, writing, “We are going to save this state. California’s best days are ahead. On September 14, vote YES to recall Gavin Newsom.” 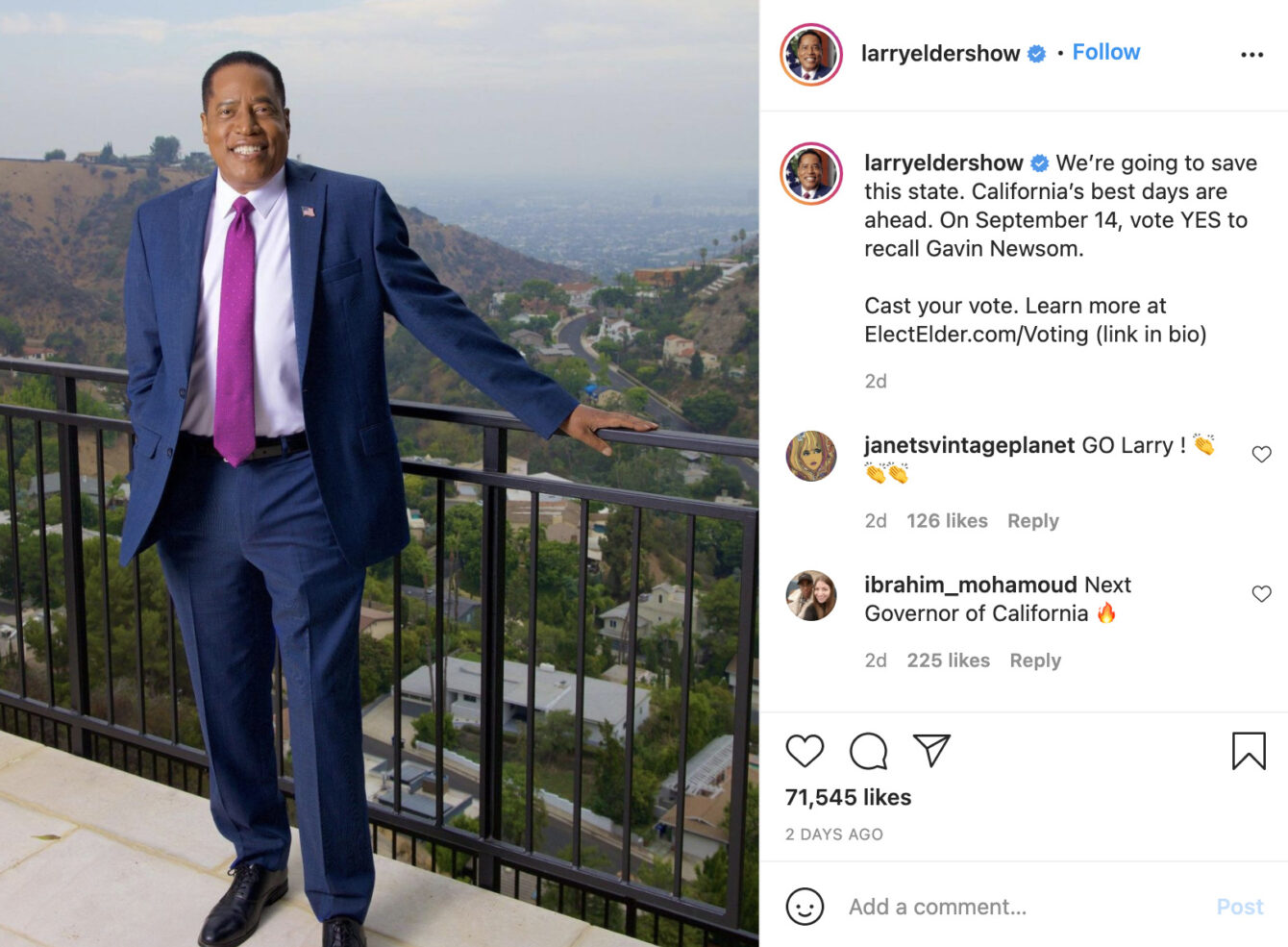 Cain, a conservative himself, has been supportive of Elder since the Republican candidate announced that he would be challenging Newsom.

As a matter of fact, the actor has declared that he has already voted, as he is also hopeful that the Republican candidate will be successfully be able to “save California” were he to get elected.

Last month, Cain shared an Instagram post in which he revealed that he had already voted in the recall election writing, “I voted. Newsom out. Elder in,” adding the mandatory #SaveCalifornia hashtag. 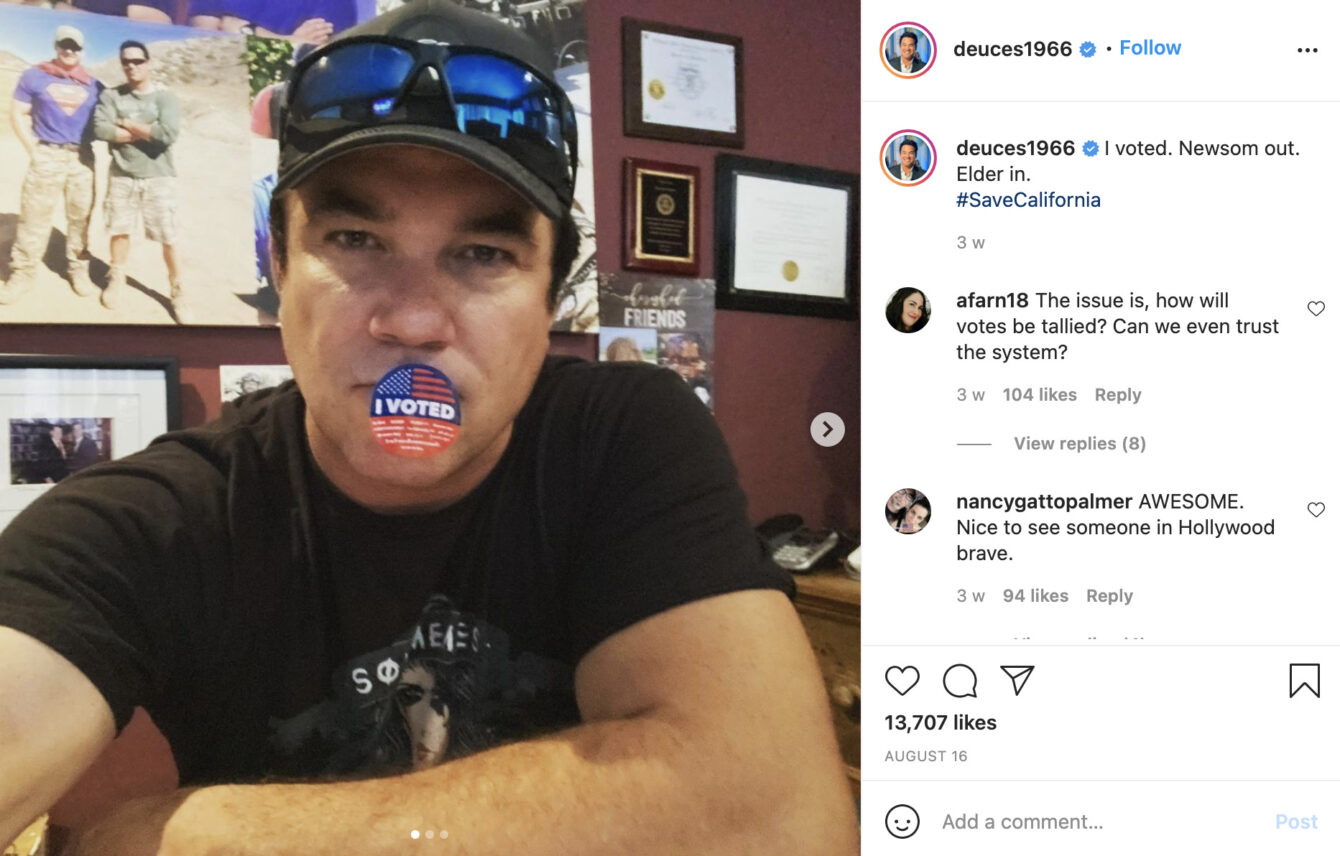 Regarding Cain’s initial tweet, one user entertained the idea of running for Governor of California, asserting, “I think the state legislature is where the biggest change has to happen,” adding, “Without a turnover happening in Sacramento, Larry could end up a figurehead.”

The actor agreed, stating in reply, “Perhaps Larry could expose them to the light, and they’d scurry away like cockroaches!”

“@GavinNewsom is so scared of @larryelder + this #RecallGavinNewsom election, he has television ads from @ewarren @BernieSanders and soon visits from @KamalaHarris and @JoeBiden to support him,” Cain added in a follow-up tweet, questioning Newsom’s recall campaign tactics as well a those who actively support him.

According to a filing with the California Secretary of State, the House of Mouse donated $32,400 to fend off the recall Newsom, while similarly, Warner Bros. contributed $40,000 to the “Stop the Republican Recall of the Governor” committee.

Regarding Joe Biden’s alleged support of Newsom, Elder doesn’t yet believe that the 46th President of the United States will actually campaign on behalf of the California Governor. 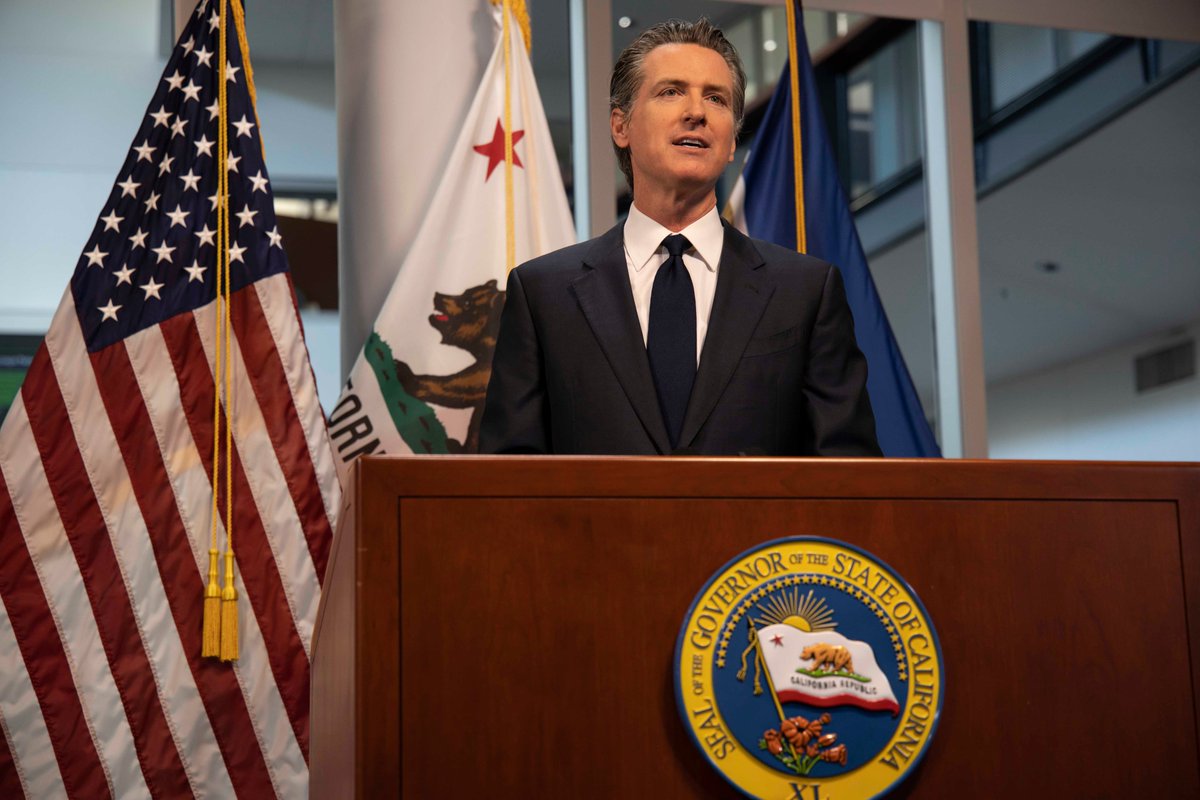 Source: Office of the Governor of California, Public domain, via Wikimedia Commons

A few weeks ago, in an exclusive interview with Breitbart, Elder said, “I’ll believe it when I see Joe Biden come here.”

“I’m not sure he’s going to. I understand he’s supposedly going to come here to campaign on behalf of Gavin Newsom,” the Republican politician continued. “His popularity now is in the low forties — I think I saw 41%. Most Americans don’t even believe he’s home — that somebody else is in charge. So it’s going to backfire.”

“But let him bring it in” he continued, holding no punches back. “Let them have him come in, and try to defend Gavin Newsom’s record on crime, and on homelessness, and on the outrageous cost of living, and on the way he ignored science and shut down the state to the point where a third of small businesses are gone forever.” 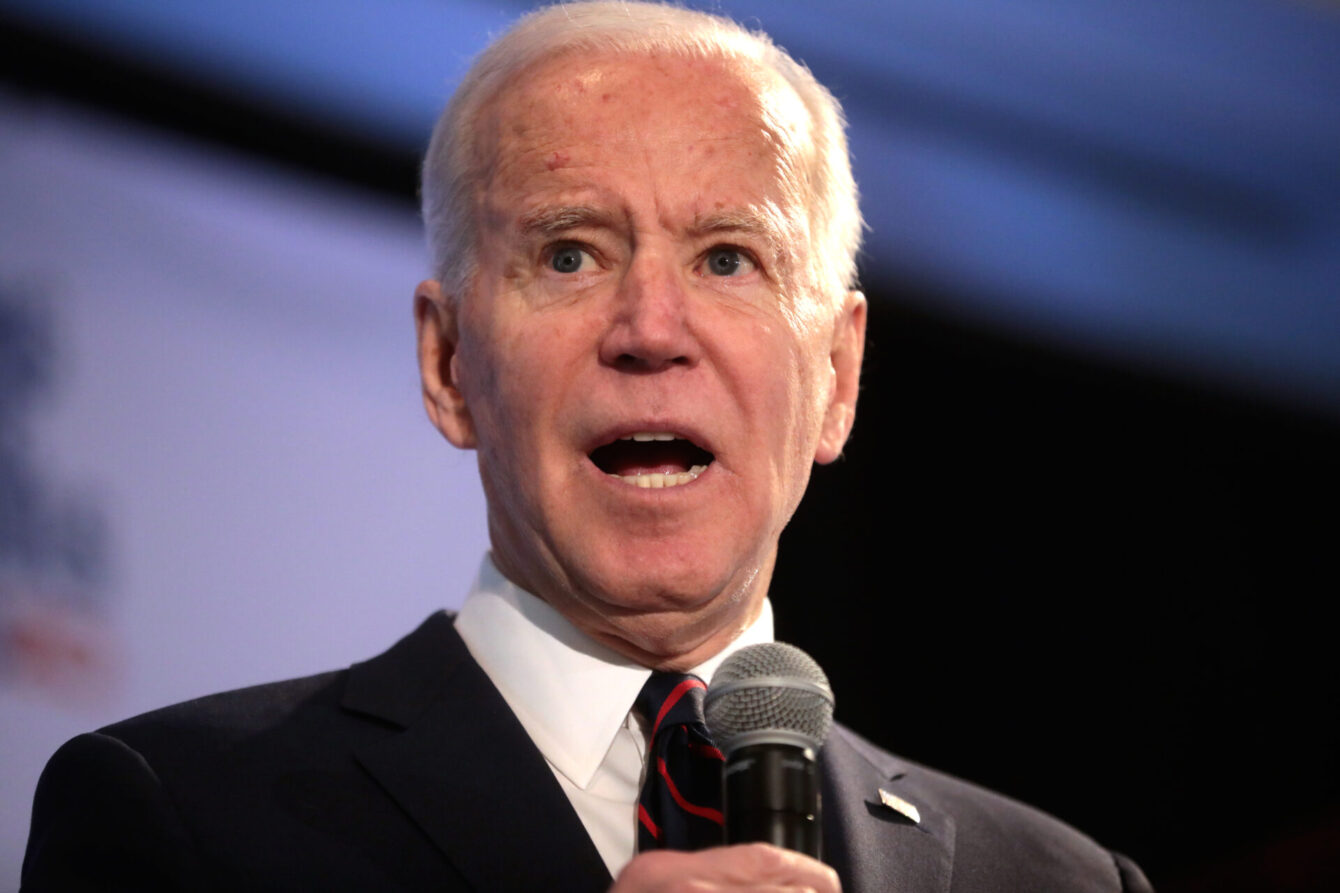 However, running for the office of Governor wasn’t the only political endeavor Cain entertained.

In response to Twitter user @CreadoPresident, who wrote, “I think Senator Dean Cain would be great! Since the new Gov gets to name a replacement for [Dianne] Feinstein,” Cain apprised, “That would be something!”

What do you make of the future possibility of Cain running for Governor of California? Be sure to let us know your thoughts in the comments section down below or on social media!