Netflix announced they will be adapting Matt Wagner’s Grendel into a live-action 8-episode TV series. 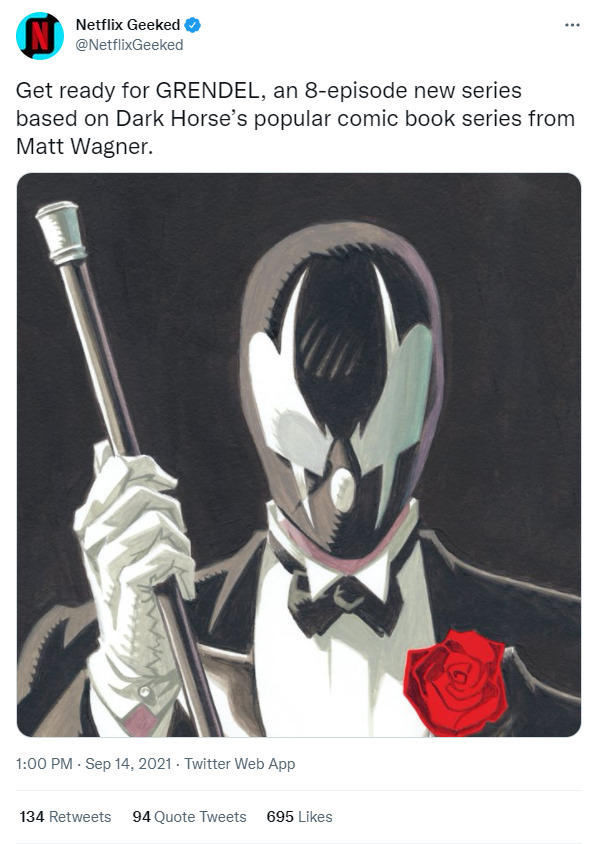 They proceeded to announce the show comes from showrunner Andrew Dabb and will follow “Hunter Rose (Abubabkr Ali), a gifted fencer, writer & assassin who seeks to avenge the death of a lost love by going to war with New York’s criminal underworld… but why beat them, when you can join them?” 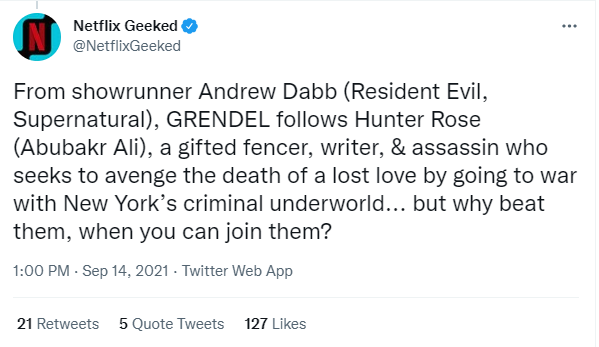 Finally, they quoted Grendel creator Matt Wagner who stated, “I’m especially excited to see Abubakr Ali bring the character of Grendel/Hunter Rose to life — he has the charisma, style and vital edginess that I’ve been envisioning in the role for years.” 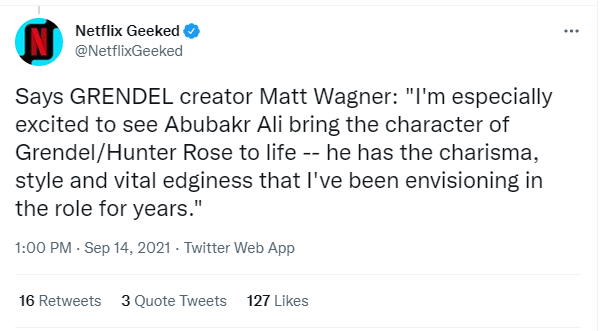 They also noted that Dabb is not only the showrunner, but he’s also the writer, and an executive producer. 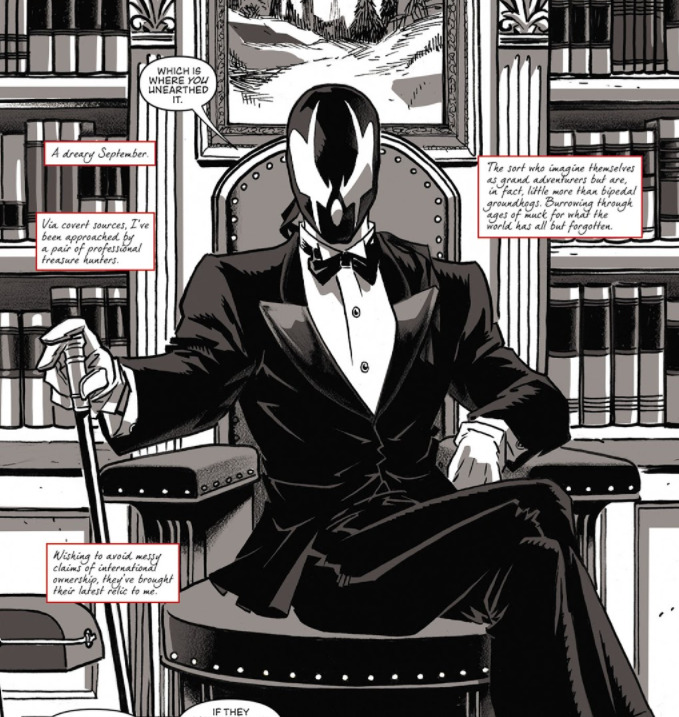 A much longer quote from Wagner was also provided, “I couldn’t be more thrilled about the GRENDEL saga, one of the longest-running independent comics series, finally being translated into live-action for the screen.”

Wagner continued, “Under the sharp guidance of showrunner Andrew Dabb, our incredible creative team, sure-to-be stellar cast and Dark Horse Entertainment have teamed with Netflix to produce this provocative adaptation that will bring my characters and concepts to an all new audience and yet still provide excitement and surprises for die-hard fans.”

He then concluded, “I’m especially excited to see Abubakr Ali bring the character of Grendel/Hunter Rose to life — he has the charisma, style and vital edginess that I’ve been envisioning in the role for years.” 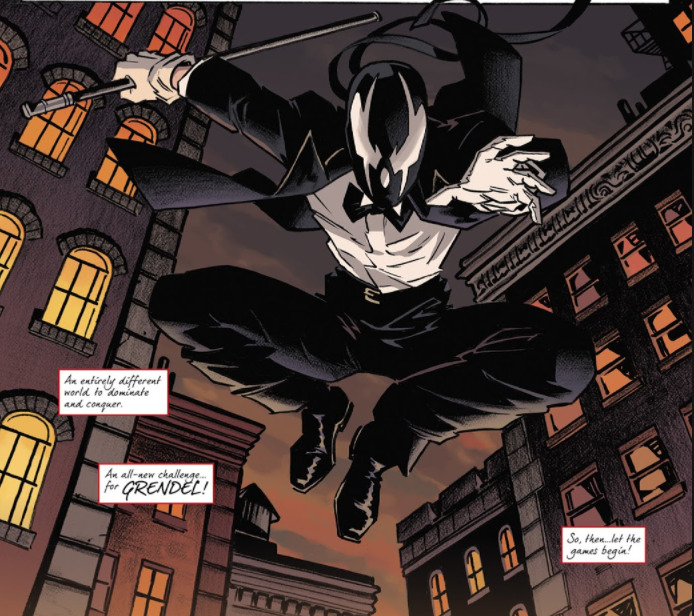 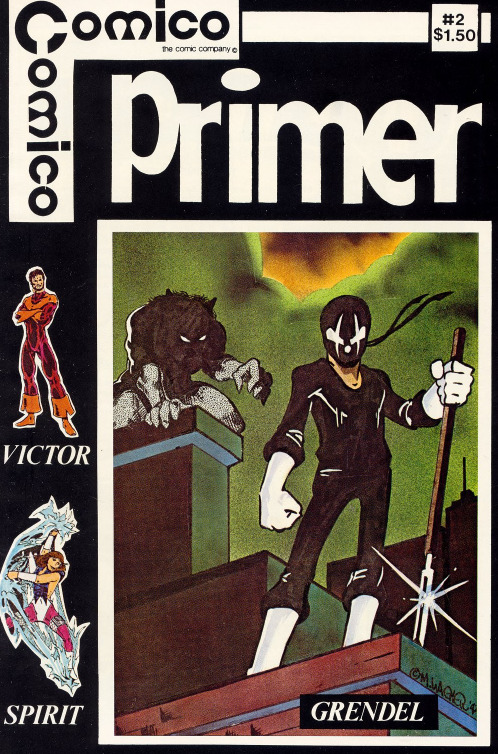 Hunter Rose aka Grendel first appeared in Comico Primer #2 and was published by Comico. In that first story, Grendel kills City Council Chairman Everett Christie after he discovered Christie was running a prostitution ring with girls younger than 14 years-old.

After killing Christie, he battles with Argent, the Wonderous Wolf, who is able to drive off Grendel despite taking a beating from his electric fork. 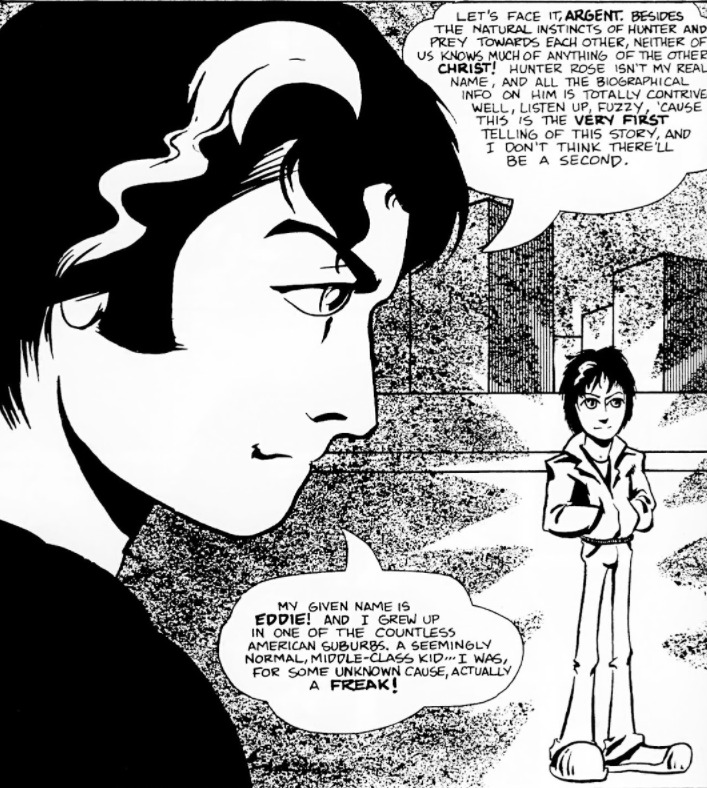 In Comico’s Grendel #1, it is revealed that Hunter Rose is actually an alias, and his real name is Eddie. He took up fencing and eventually came under the tutelage of Jocasta Rose aka Jackie. The 36-year-old Jackie then pursues a sexual relationship with the then 14-year-old Eddie.

While in the company of Jackie, Eddie would learn of the game, and what matters in life was the competition. 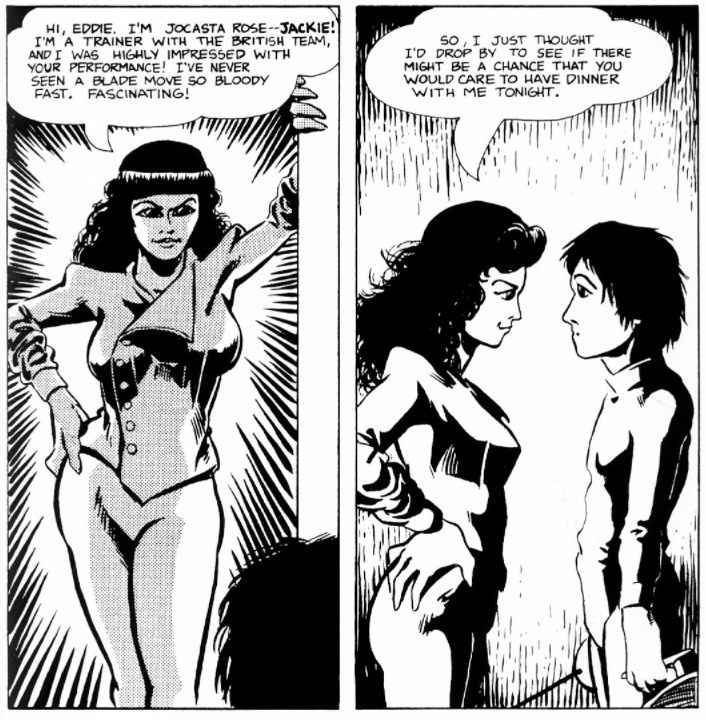 After Jackie dies of a terminal illness he would return to New York where he pursued the game by living a double life as Grendel, a hired assassin, and the elite novelist Hunter Rose.

The criminal boss who had employed him as an assassin eventually decided to turn on him and that’s when Grendel made his own play to take over Theodore P. Ciccone III’s criminal empire. 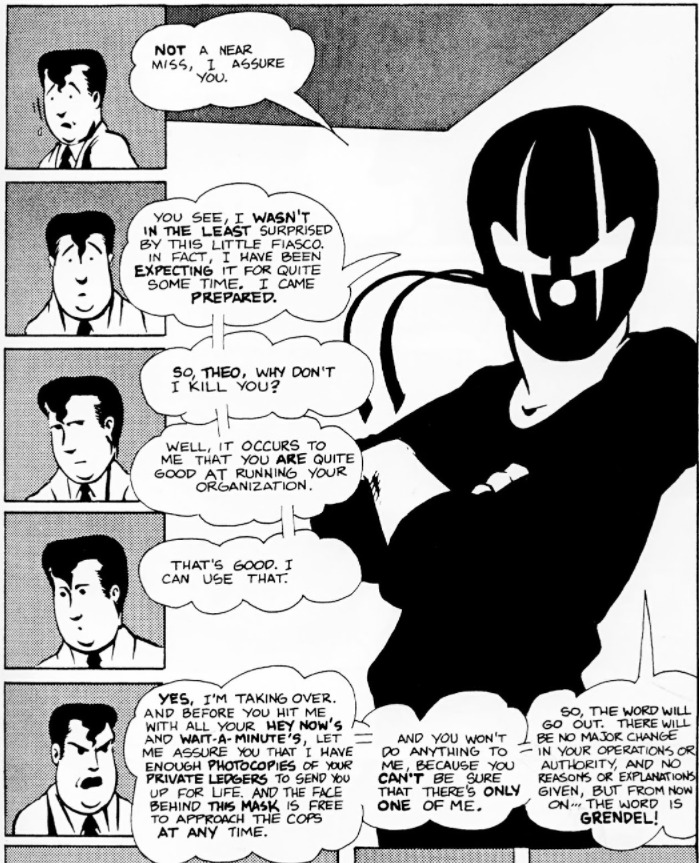 With Grendel now in charge of a criminal empire, it was only a matter of time before his path would cross with Argent, the wonderous wolf, and indeed their paths would cross at party thrown by Barry Plaumbo.

Following this first encounter, Grendel would challenge Argent to try and catch him and put an end to his reign. 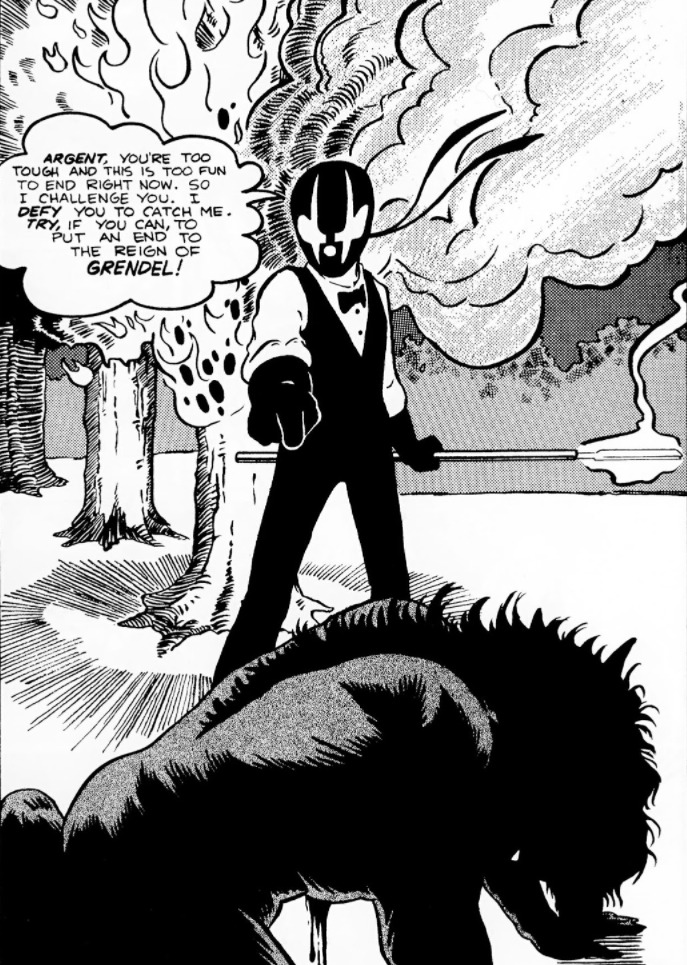 Are you looking forward to seeing a live-action adaptation of Matt Wagner’s Grendel?