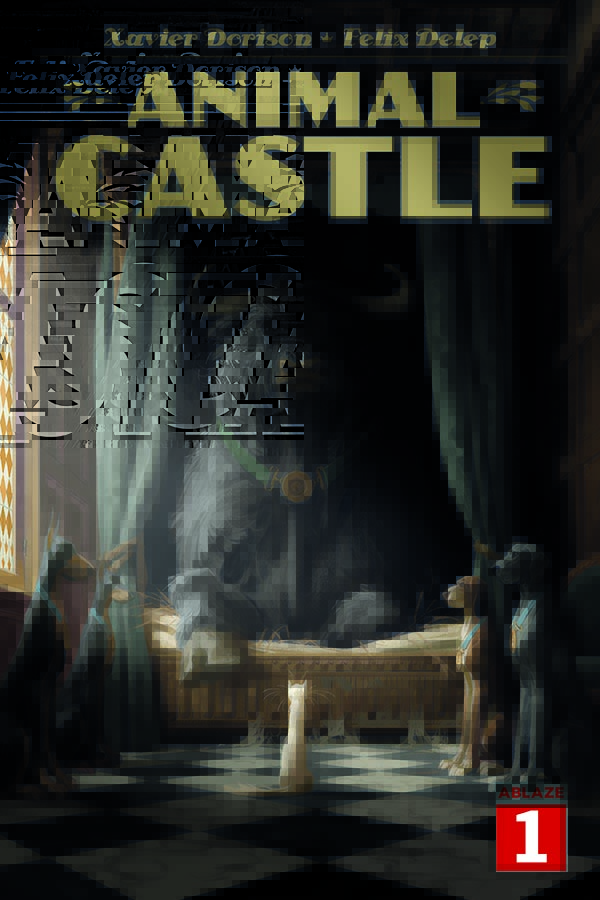 The series is written by Xavir Dorison with art by Felix Delep and according to a press release “puts a new spin on an animal uprising.” 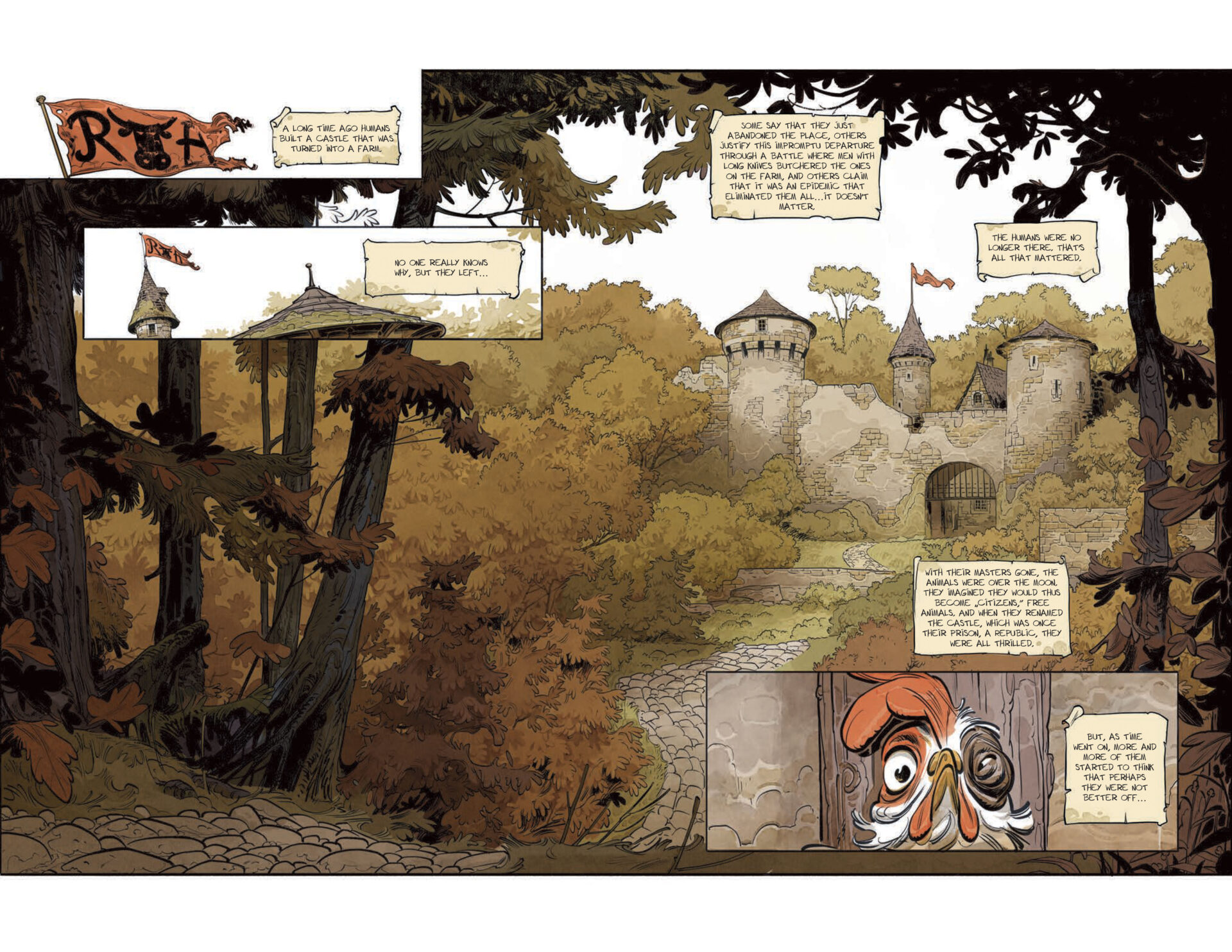 The official description for the series reads, “On the Farm all animals were equal. But in the Castle, some are more equal than others.”

It continues, “Nestled in the heart of a farm forgotten by men, the Animal Castle is ruled with an iron hoof by President Silvio. The bull and his dog militia savor their power, while the other animals are exhausted by work, until the arrival of the mysterious Azelard, a traveling rat who will team them the secrets of civil disobedience.” 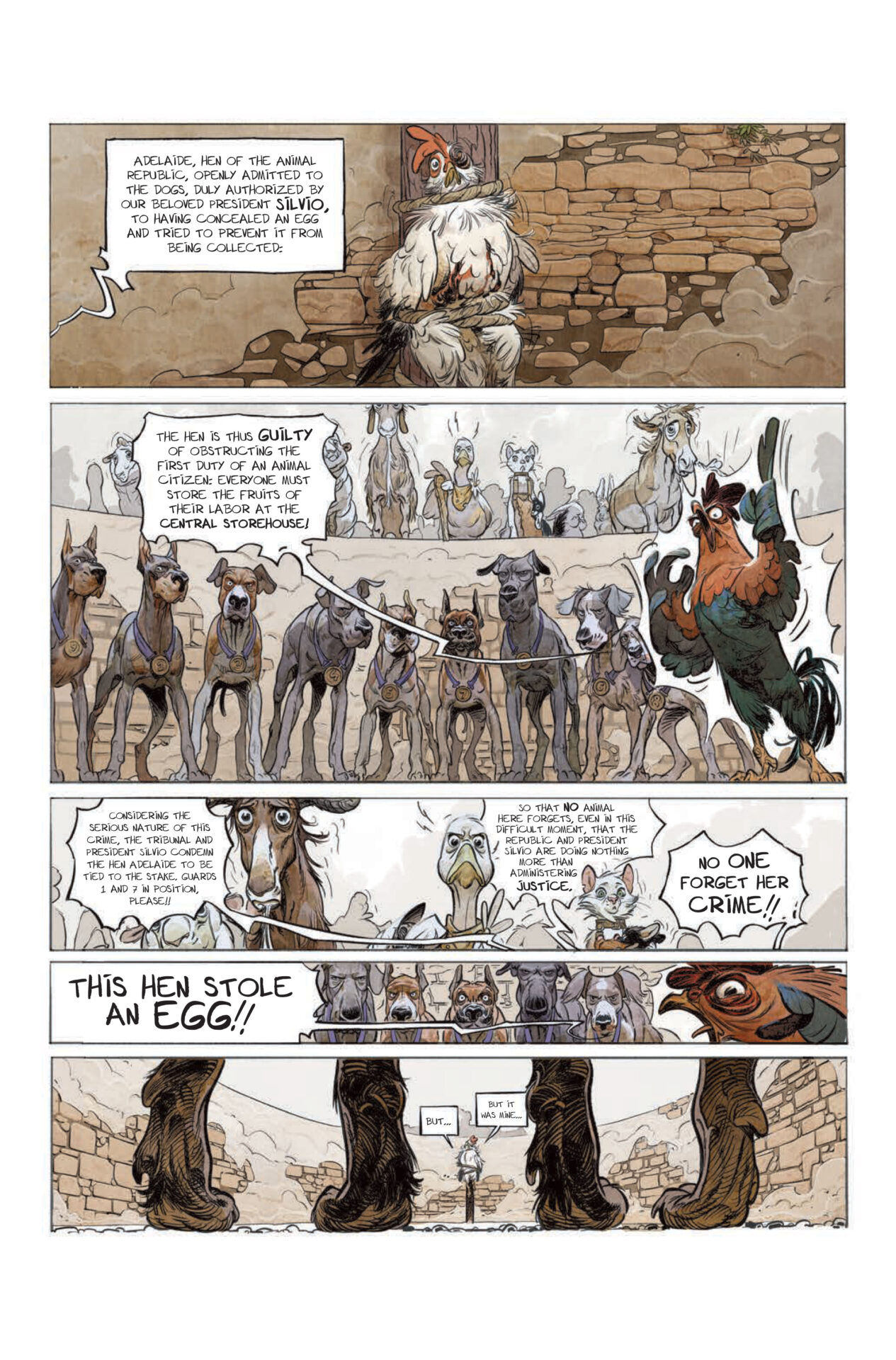 ABLAZE co-founder Rich Young says about the series, “For fans of Animal Farm, the bestselling Stray Dogs and the Eisner Award winning Beasts of Burden comes a fable that is both familiar and surprising.”

“You may think you know the story but set aside your assumptions, ANIMAL CASTLE offers a compelling new take on timeless themes of class equality, oppression, and rebellion. The art on this series is phenomenal. Felix Delep breathes life into every page and illustrates the animals in a unique and unforgettable style,” he adds. 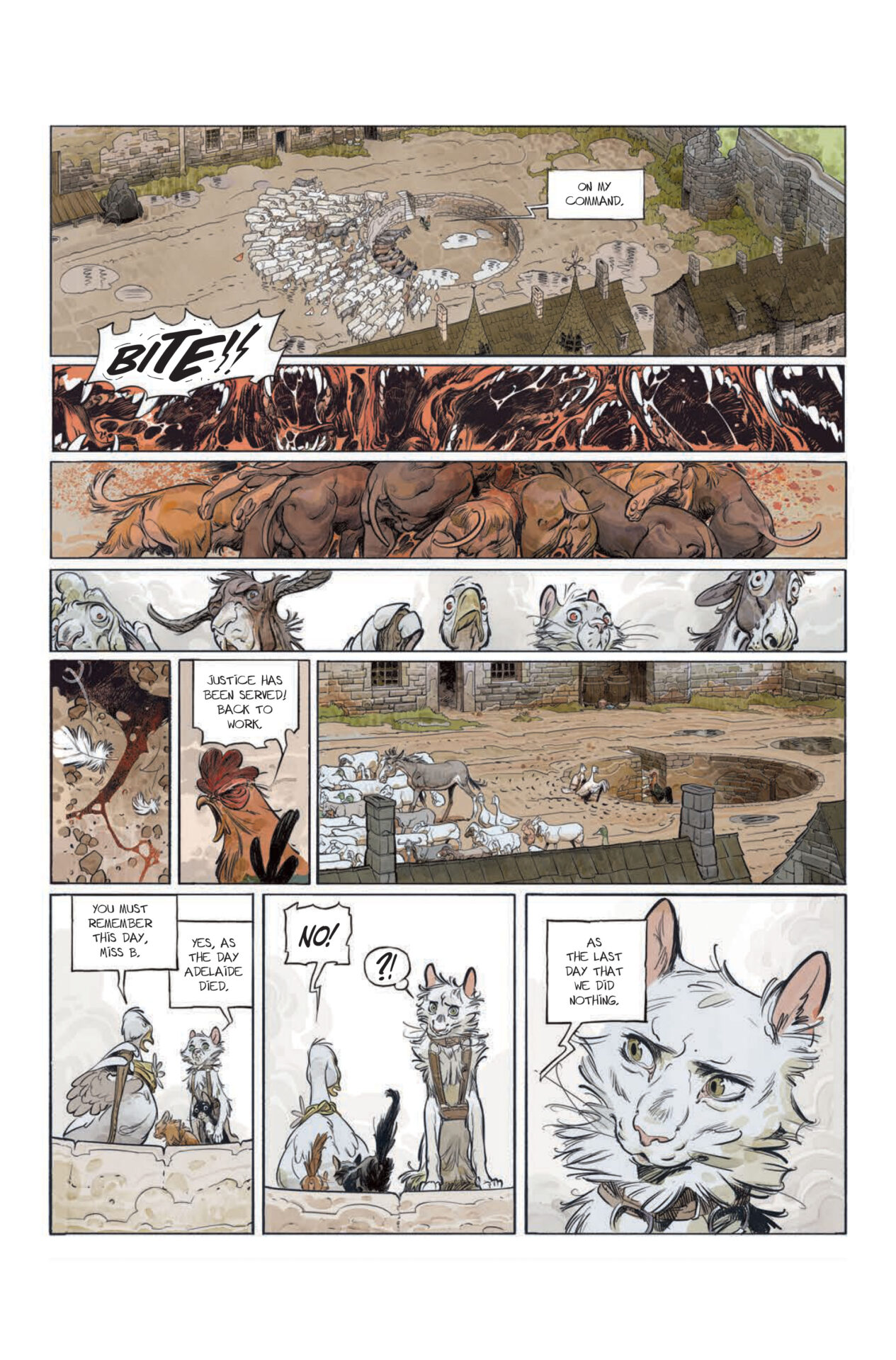 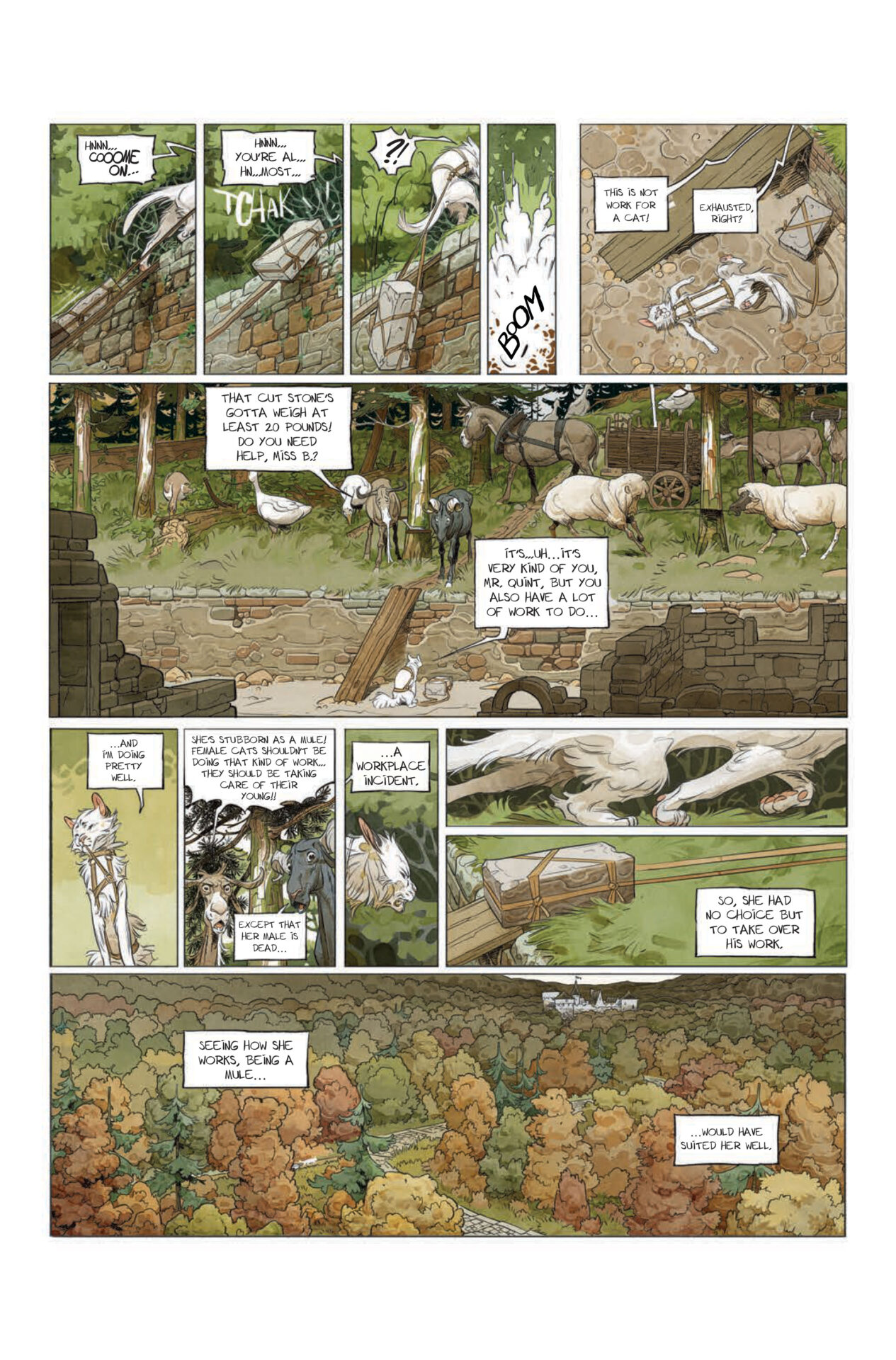 Do you plan on checking out Animal Castle #1?