PETA is once again on the prowl for attention, this time launching a petition aimed at adding their mascot, Not A Nugget, to Super Smash Bros. Ultimate – despite the fact that the organization has a history of accusing Nintendo of supporting and even promoting animal cruelty. 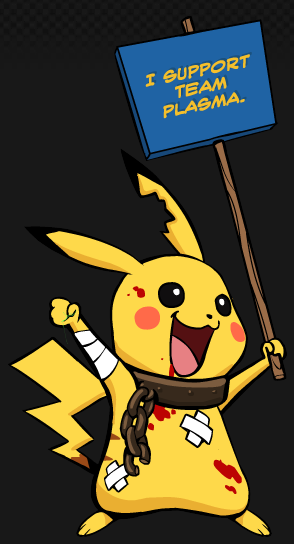 On September 8th, parodying the ‘my uncle works at Nintendo’ meme, PETA tweeted, “My uncle works at #Nintendo and sent me these pictures of the Smash Ultimate beta used to test new DLC characters,” sharing satirical images showing that “The last Fighters Pass 2 character is PETA’s ‘Not a Nugget’ mascot, who’s been featured in several viral spoofs of @NintendoAmerica games!” 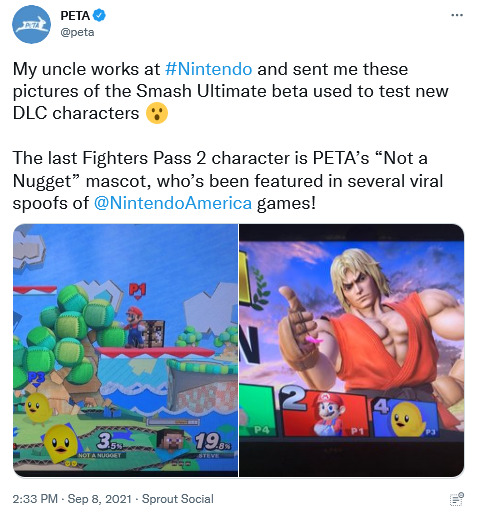 In a follow-up tweet, PETA asked their supporters to sign a petition in order to help “make the leak come true,” urging them to “call on @Sora_Sakurai and @NintendoAmerica to add PETA’s gaming mascot to the #SmashBrosUltimate lineup!” 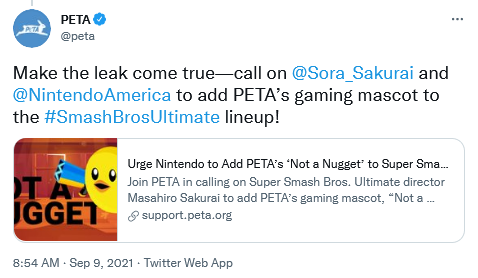 Related: Nintendo Destroys PlayStation Sales In Japan, Focusing On Fun Instead Of Activism

“For those who exploit and harm animals for personal gain, ’Not a Nugget’ is the definition of ‘a new foe,’” argued PETA in their petition. “As a downloadable fighter in Super Smash Bros. Ultimate, he could use his wits, wings, and beak (plus a trick or two tucked under his feathers) to pummel opponents and really pack a punch. What’s more, his peak physical skills would serve to send a positive message to millions of people around the world about the benefits of going vegan and being kind to animals.”

“‘Not a Nugget’ would show gamers around the globe that smashing speciesism is a worthwhile goal to fight for,” the organization added. “He could even have his own custom stage—perhaps a farm packed with some of the horrifying, real-world threats that millions of animals are enduring right now. Most importantly, he’d help remind people that chickens are not nuggets.”

PETA’s ‘friendly’ use of Nintendo as a ‘prop’ for their own marketing is strange, if not outright hypocritical, as in the past, the organization has publicly taken issue with what they perceived as the supposed promotion of animal cruelty in Nintendo games.

In 2011, PETA took issue with Mario’s use of the Tanooki Suit power-up across multiple games claiming that because ‘Tanooki may be just a ‘suit’ in Mario games, but in real life, tanuki are raccoon dogs who are skinned alive for their fur,” its use in-game sends the message “that it’s OK to wear fur!” 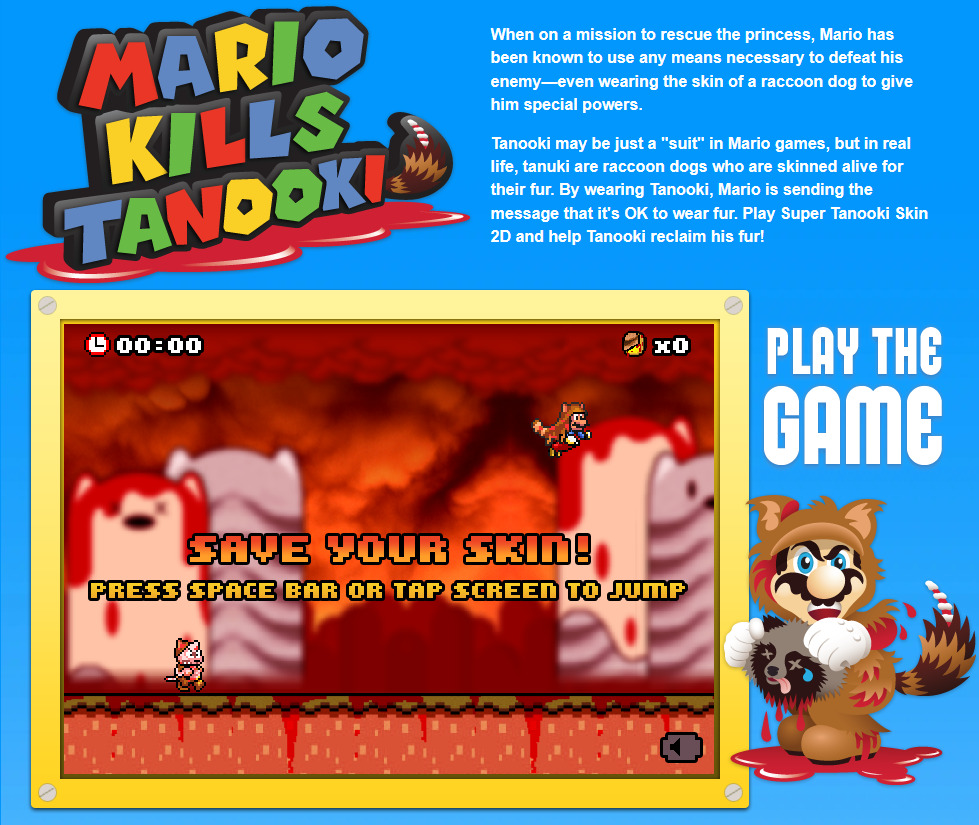 A year later, the organization released “Pokémon Black & Blue,” a parody Pokémon game aimed at teaching players that “the difference between real life and this fictional world full of organized animal fighting is that Pokémon games paint rosy pictures of things that are actually horrible.”

When the Nintendo Switch launched in early 2017, PETA took issue with the inclusion of a cow-milking minigame in the developer’s launch title, 1-2 Switch, as they felt that the game had “taken all the cruelty out of milking.”

“We have more than 35 years of experience investigating dairy farms where cows are exploited for their milk, and it is NEVER that pleasant for these animals,” wrote PETA head Ingrid E. Newkirk in a letter to Nintendo. “Can we have some realism here, please?” 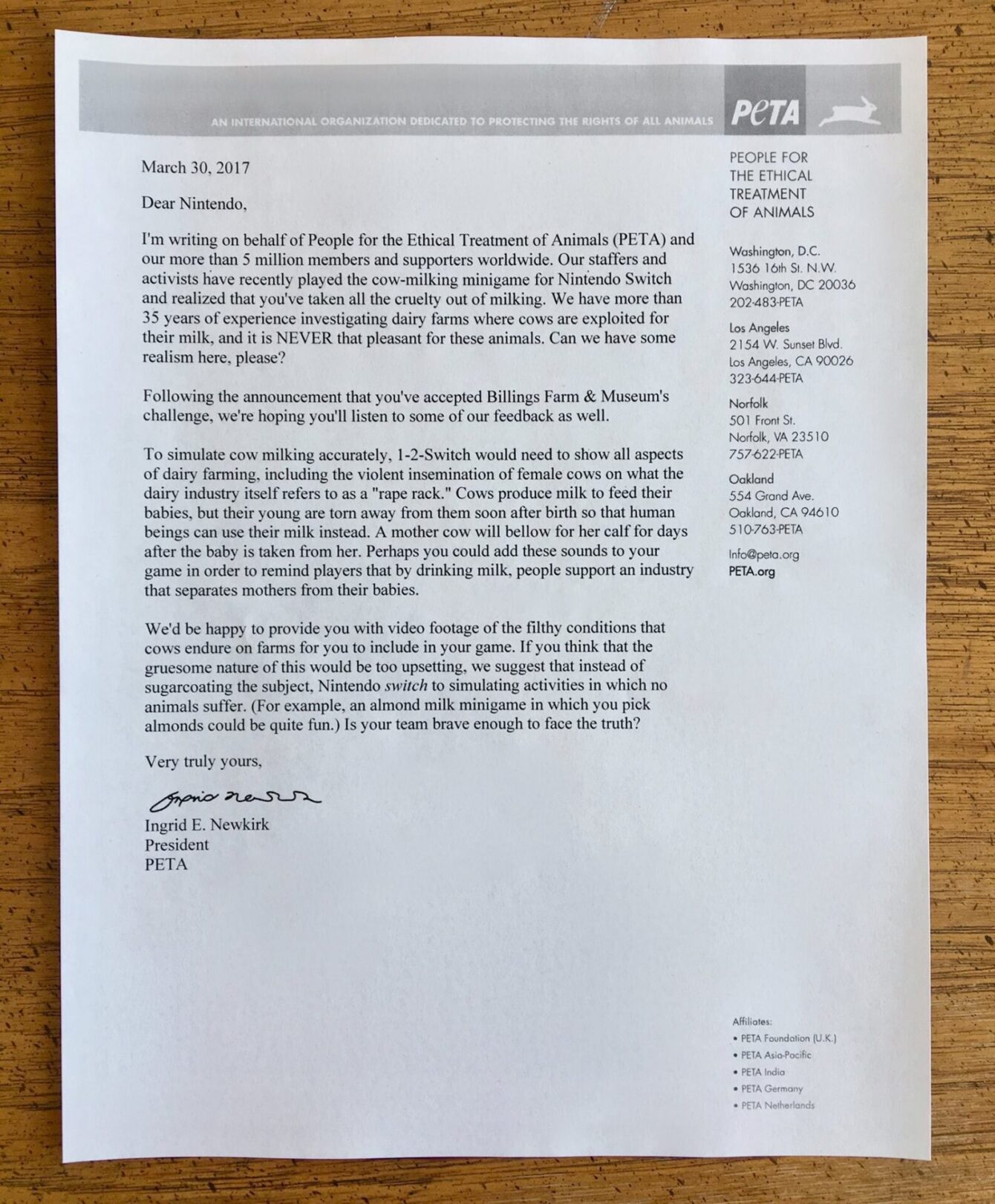 Furthermore, just last year, PETA members staged a virtual demonstration within Animal Crossing: New Horizons to protest the inclusion of a fish tank mechanic – where fish donated voluntarily by the player can be seen on display – in the museum location found across every player’s respective islands.

During the ‘event’, PETA members wore custom patterned shirts bearing the four-letter acronym for their organization and ‘shouted’ “Empty the Tanks!” using the game’s chat function.

YouTuber Hero Hei reacted to PETA’s latest stunt saying, “I love animals, but, man, PETA, they make me facepalm. They seem to miss the mark by miles time and time again.”

What do you make of PETA’s latest Nintendo-related stunt? Let us know your thoughts on social media or in the comments down below!