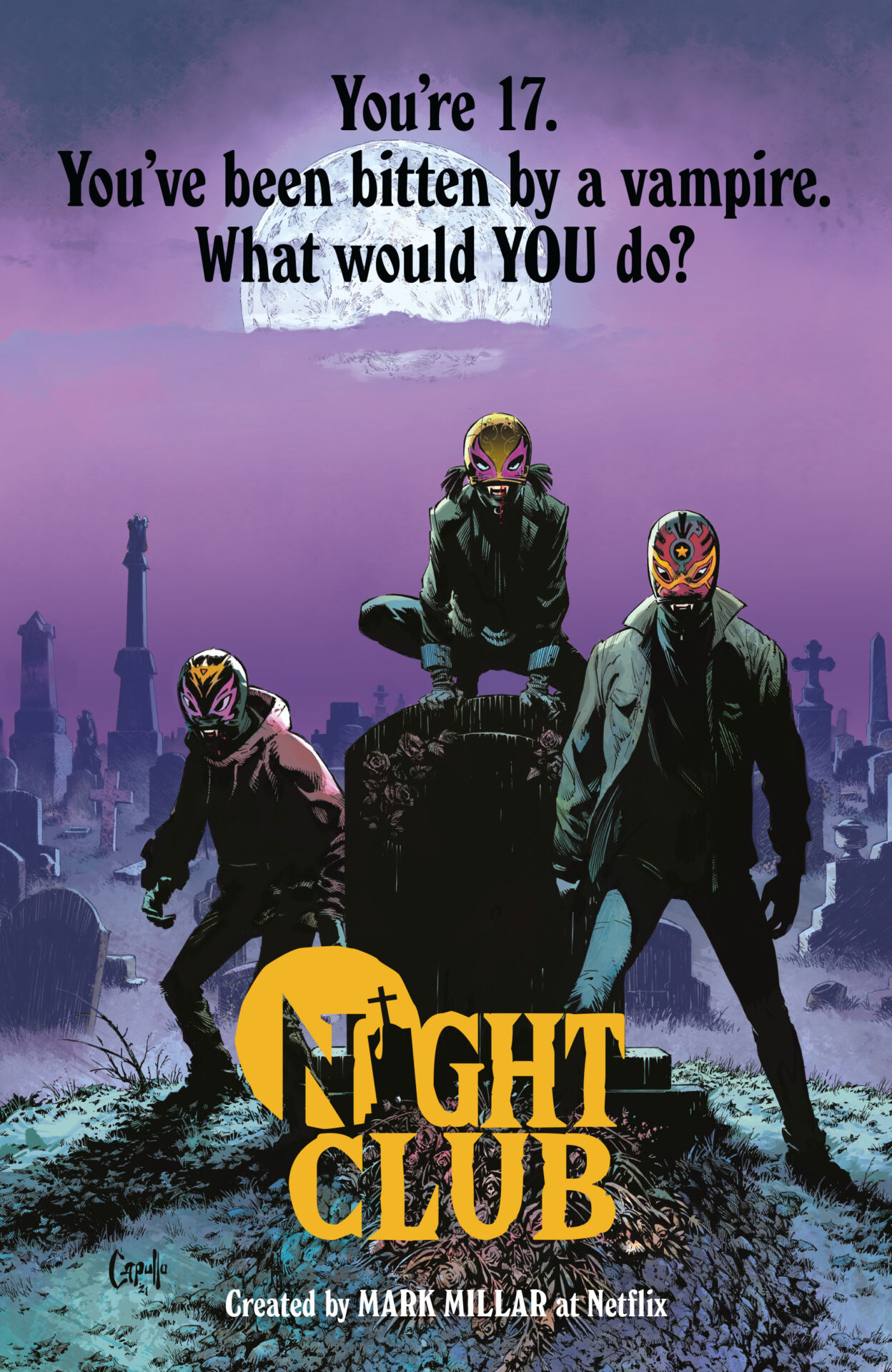 Millar made the announcements in his newsletter, where he first discussed Night Club.

The creator notes the series is being developed as both a Netflix show as well as a comic book.

Here’s how he described the book, “Basic idea – What would you do if you were a teenager and got bitten by a vampire? Skulking in alleys and murdering strangers, I suspect, your last resort when you van climb walls, turn into bats or mist and move at super speed.”

He added, “Like me, I suspect you would mask up and become a superhero and probably bite a few of your friends so you could enjoy this together.” 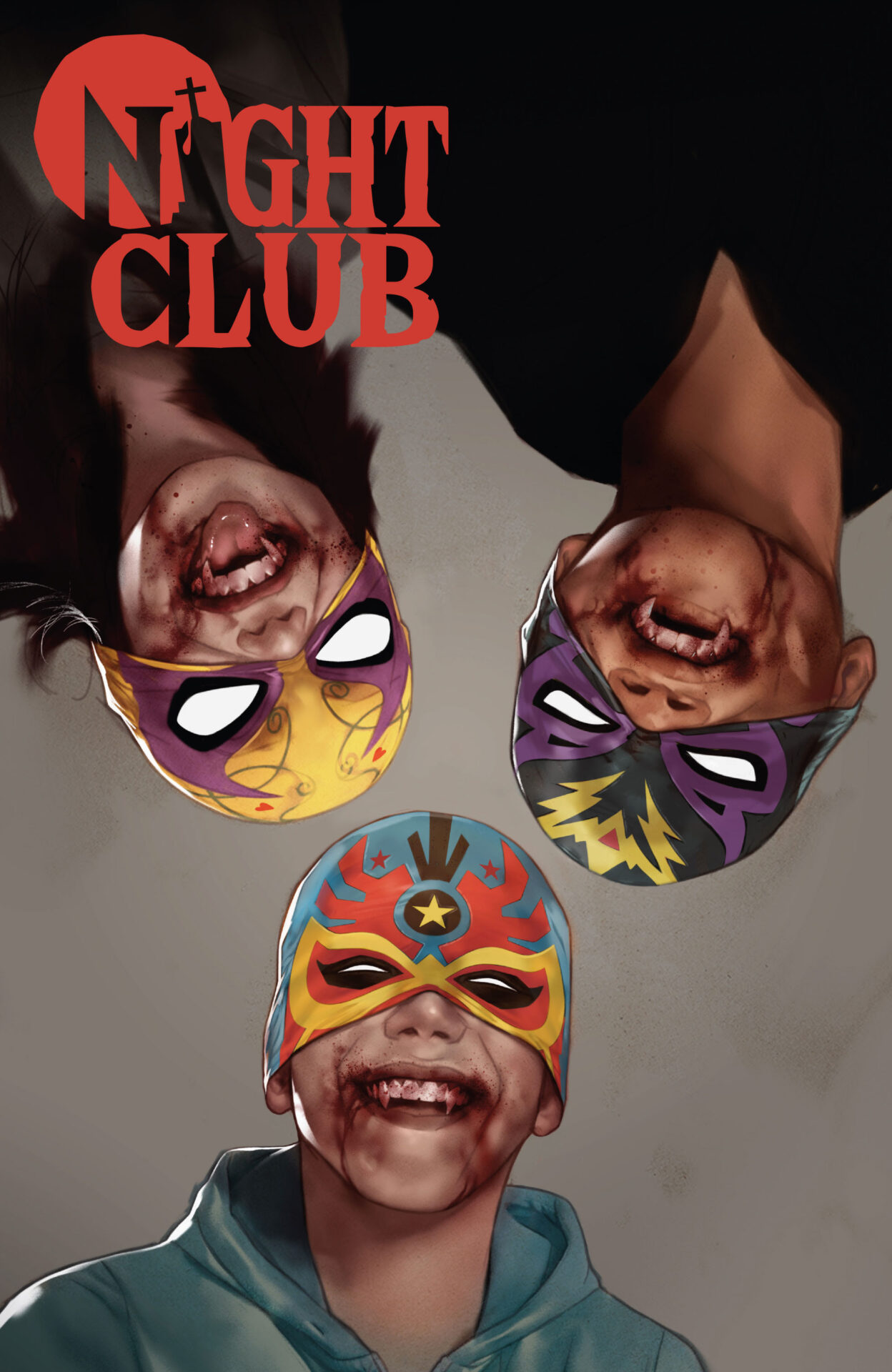 In an interview with SyFy Wire, Millar provided some additional details, “I basically just thought about what I would have done if I’d been bitten by a vampire when I was in high school.”

“I’d never have killed people in dark alleys. I’d have guzzled bags of blood in hospital storage unit and made some money as a superhero instead. That’s what these kids do. They just decide to help people, win every sports prize, take on their school bullies, make a little cash and have a good time. But of course the vampires who bit them have other ideas,” he explained. 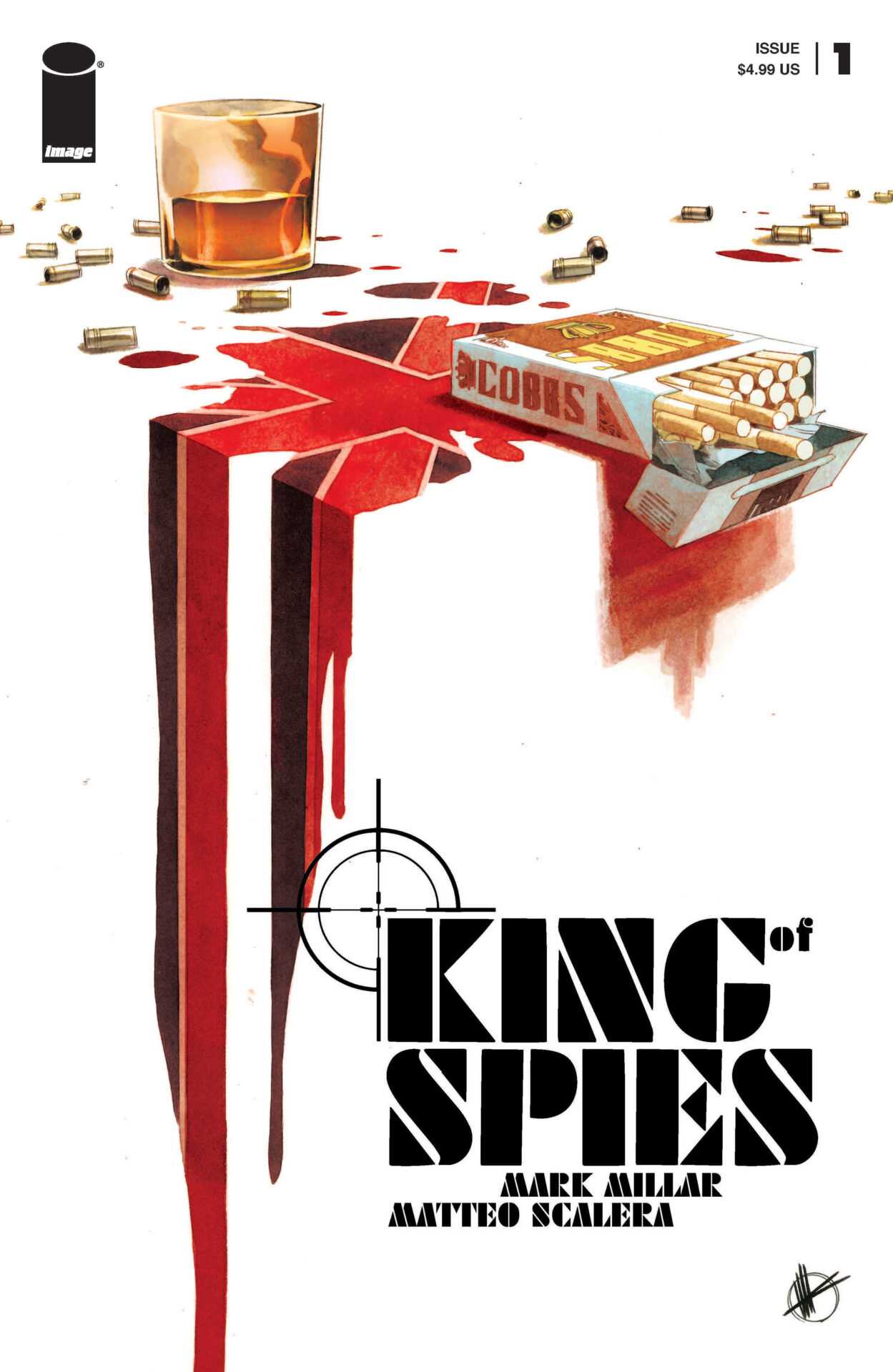 Millar also revealed the entire story is already completed although there is not an artist attached for the comic book project yet, “When I put this together as a potential TV franchise… we all really loved it and I couldn’t stop seeing the comic [version] of this. I always like to do at least one volume as a comic, too. Plus, the whole story is done and we have a pile of designs sitting here.”

The comic series will feature covers by Greg Capullo, Ben Oliver, and Ben Templesmith. No release date was announced. 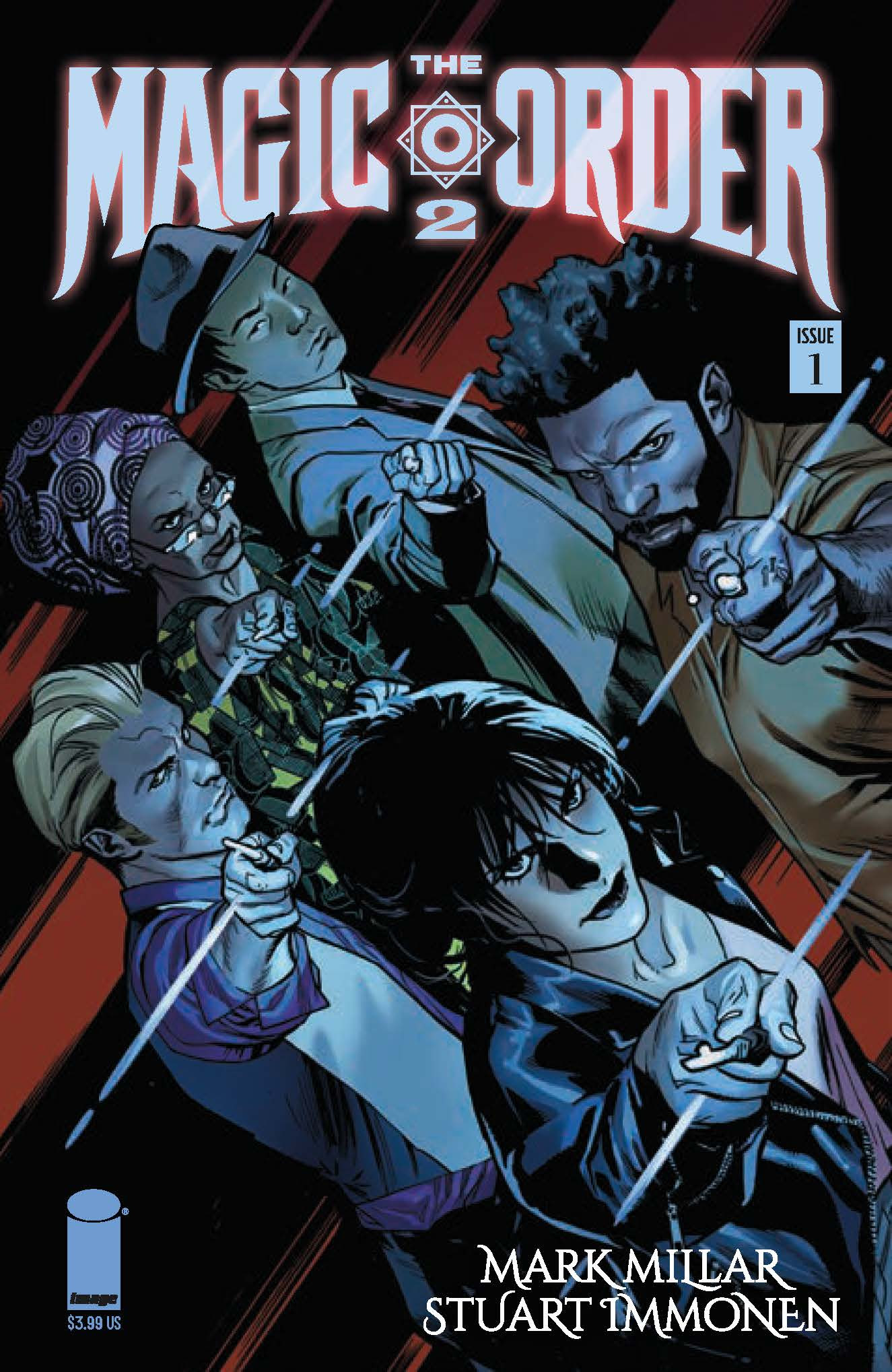 A for The Magic Order, the first issue of the original miniseries was released back in June 2018. The series followed five families of magicians who are “sworn to protect our world for generations” and “must battle an enemy who’s picking them off one by one.”

The sixth and final issue of the miniseries was released in February 2019, and there hasn’t really been much news about the series since then. It was originally announced to be a Netflix series as well. 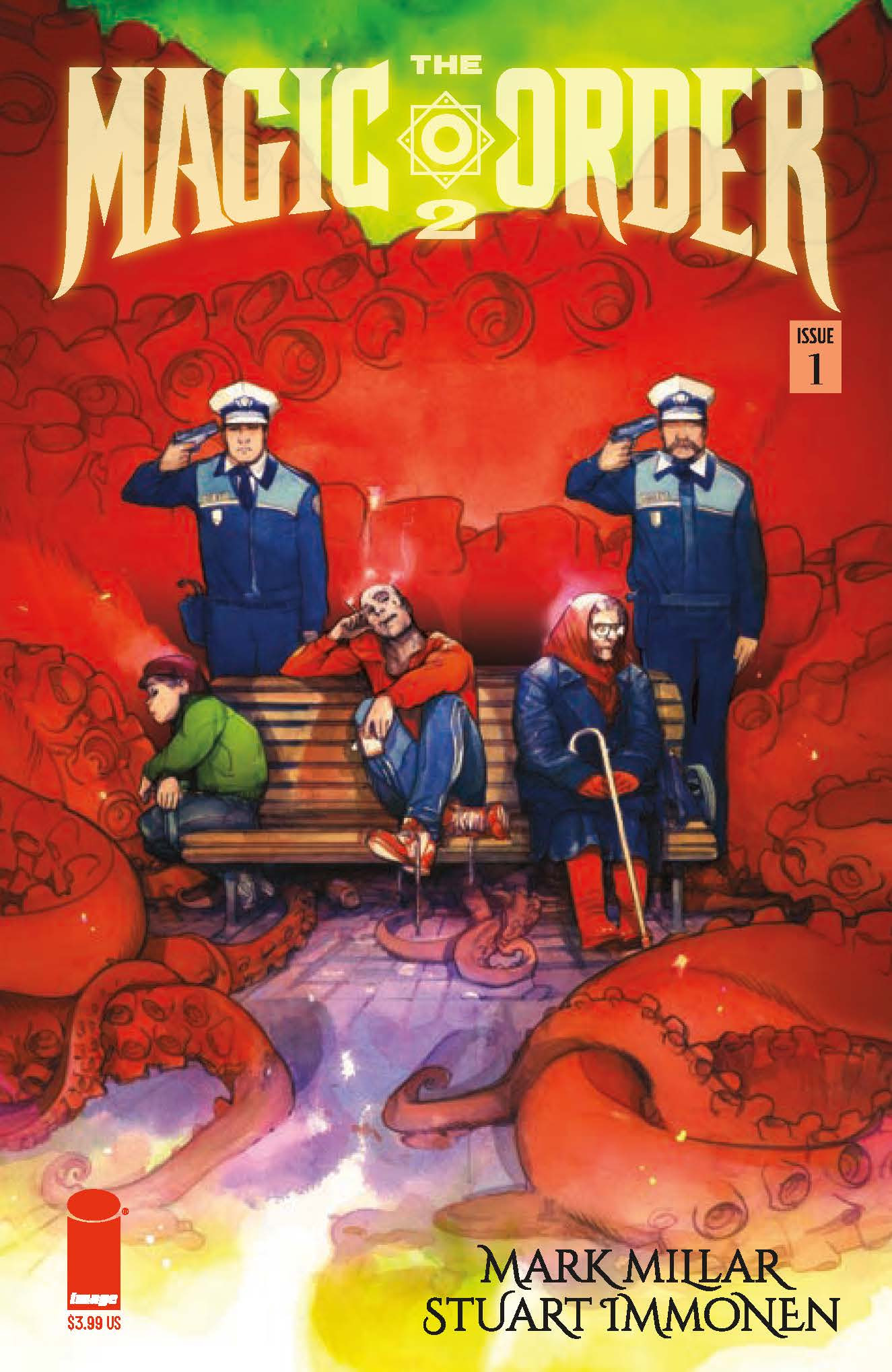 Now, Millar notes he’s “beavering away on the TV show at the moment, doing our best to perfect.” Not only is he working on the live-action series, but he also revealed that the entire series will span five volumes in comic book form.

He revealed the second volume “is just a month away and drawn by the peerless Stuart Immonen.” As for what the second volume is about, he explained, “Volume 2 is about a guy called Victor Korne, the descendent of a black wizard who rules half the Earth 500 years ago.”

He added, “Now this guy’s working in a bottle factory and he’s tired of being kept down. He wants to assemble all the old forces and return the world to the way it was.” 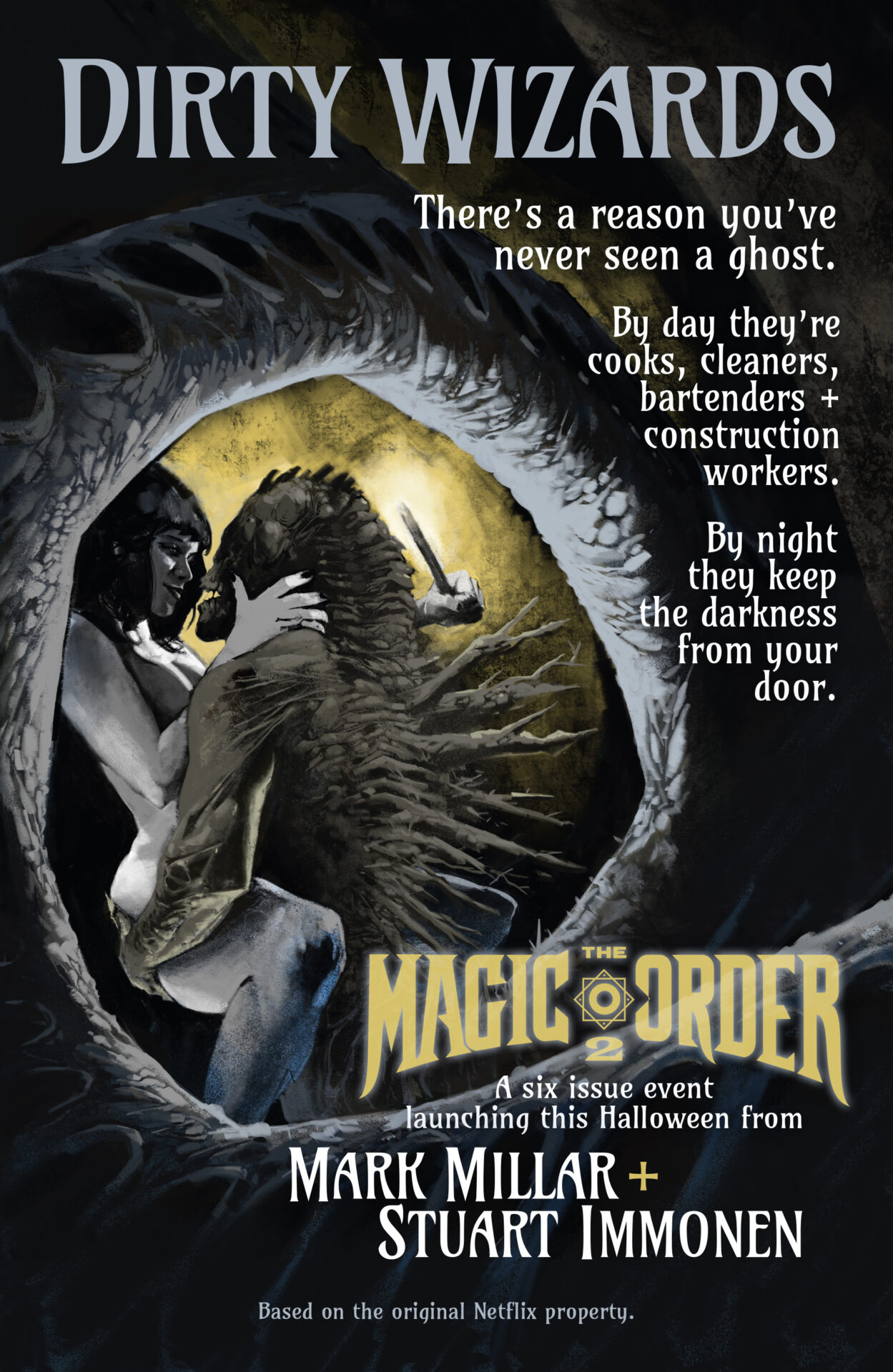 Finally, Millar also provided an update on King of Spies. The series was initially announced back in July with Deadline reporting the book sees “Britain’s greatest secret agent face his deadliest enemy yet – his own mortality.”

They add, “Diagnosed with a brain tumor and six months to live, the retired Sir Roland King looks around at the world he’s saved so many times and feels he can’t leave us in such a mess. There’s greed and corruption at every level, untouchable despots he was forbidden to go near and a system he just doesn’t believe in any more.”

Deadline concludes, “He wants to use his remaining time to make a difference with his particular set of skills, and repair the damage he did in his private life at the same time. The most dangerous man in the world has gone rogue and he knows where all the bodies are buried. Now it’s time to go after the real monsters…” 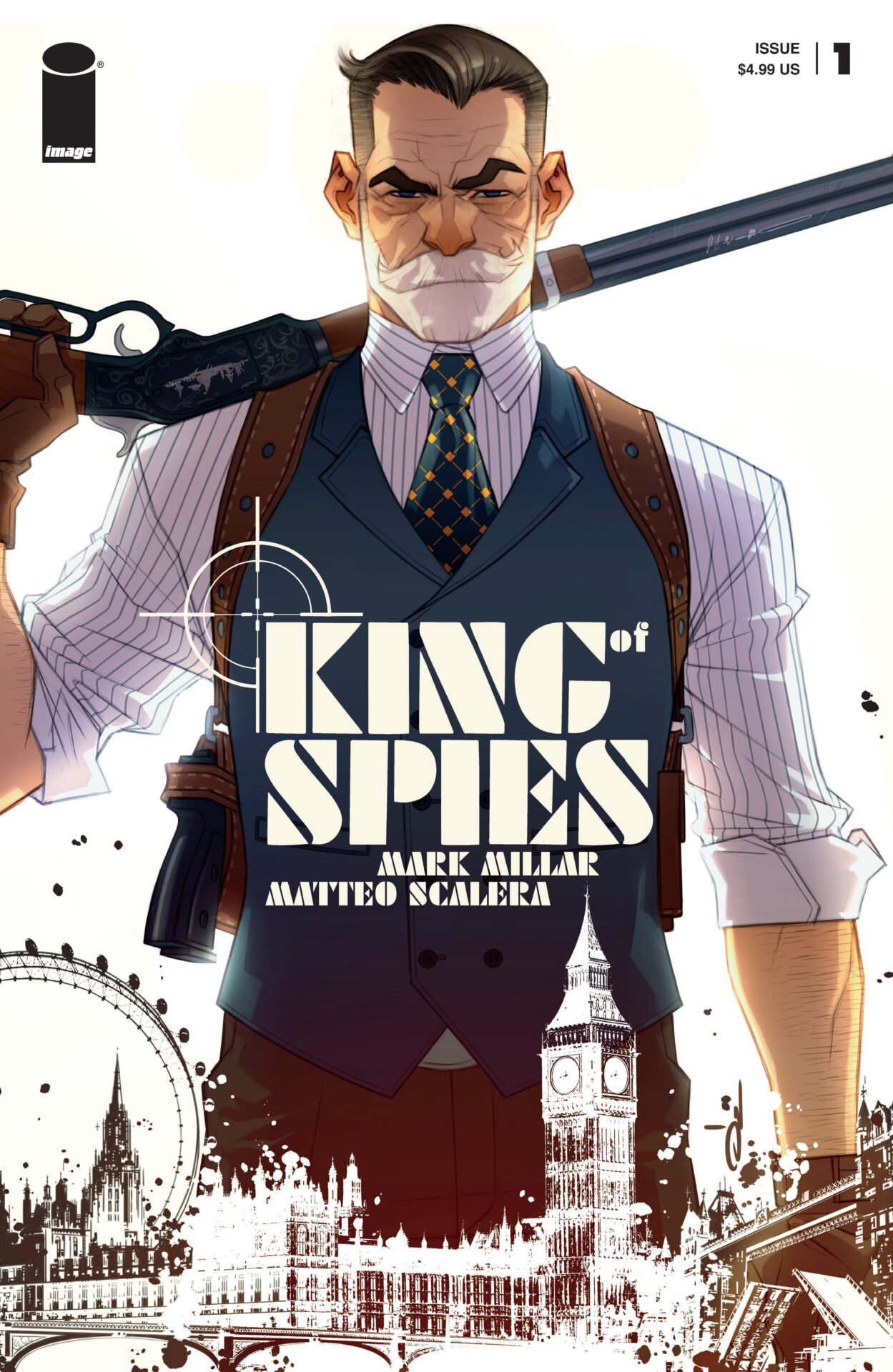 Millar now details the series will feature artwork by Matteo Scalera and that he just completed the third of four issues. The first issue is due out some time in December.

Millar is hyped on the series saying, “God almighty, this is going to be great.” 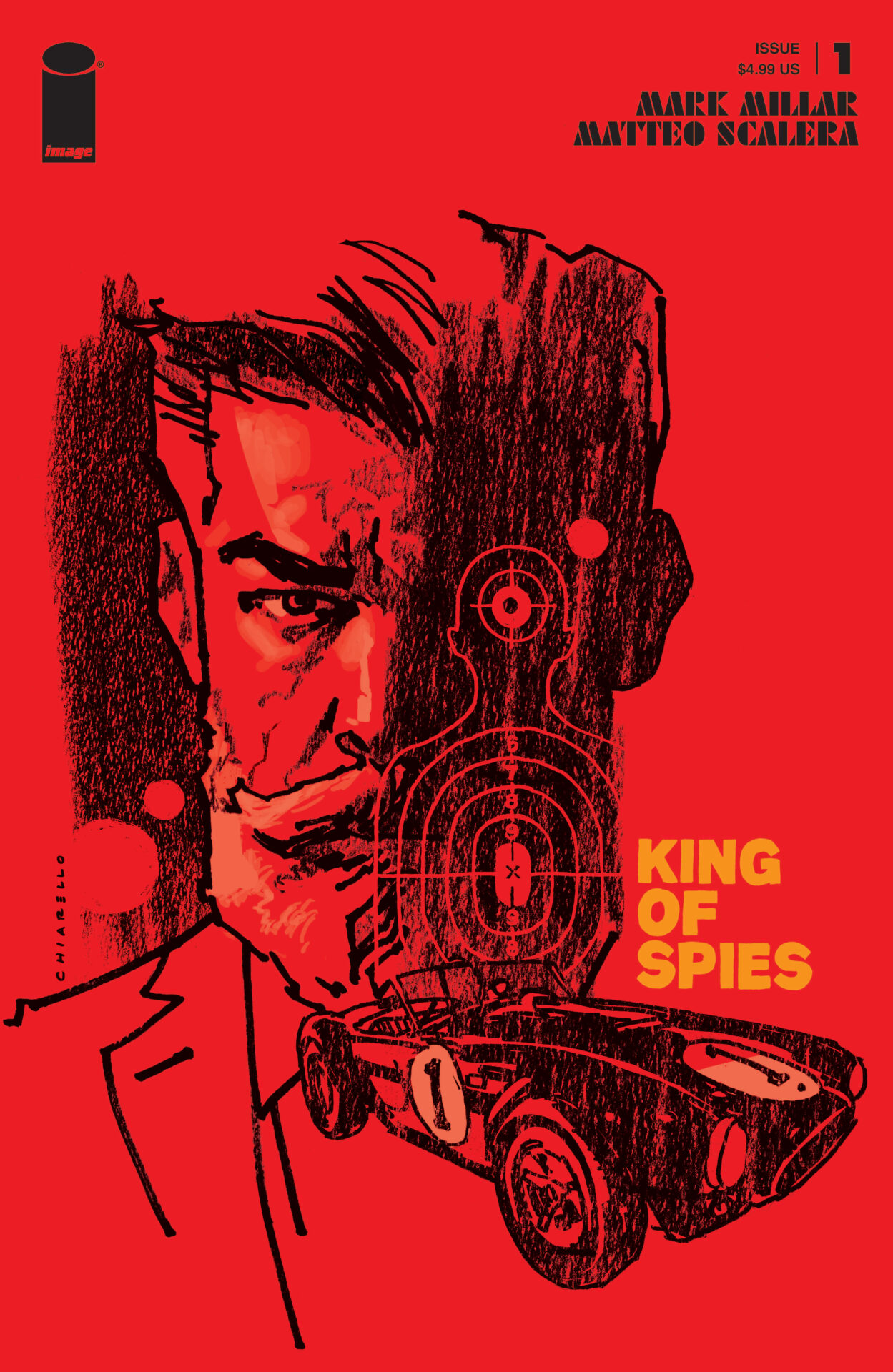 What do you make of these updates from Mark Millar about the projects he has in the works?