Kate (Mary Elizabeth Winstead) has worked alongside her partner Varrick (Woody Harrelson) as a hired gun for 12 years, and in that time, she has never missed a target.

Now she wants to retire, live an actual life, and possibly start a family.

But after Kate falls ill on her latest job, she wakes up suffering from ARS (Acute Radiation Syndrome), having been radioactively poisoned with an element known as polonium-204, left with no cure, and facing only 24 hours to live.

Naturally, Kate makes it her goal to track down and kill the people responsible for her condition. However, unfortunately for her, they just so happen to be the Yakuza. 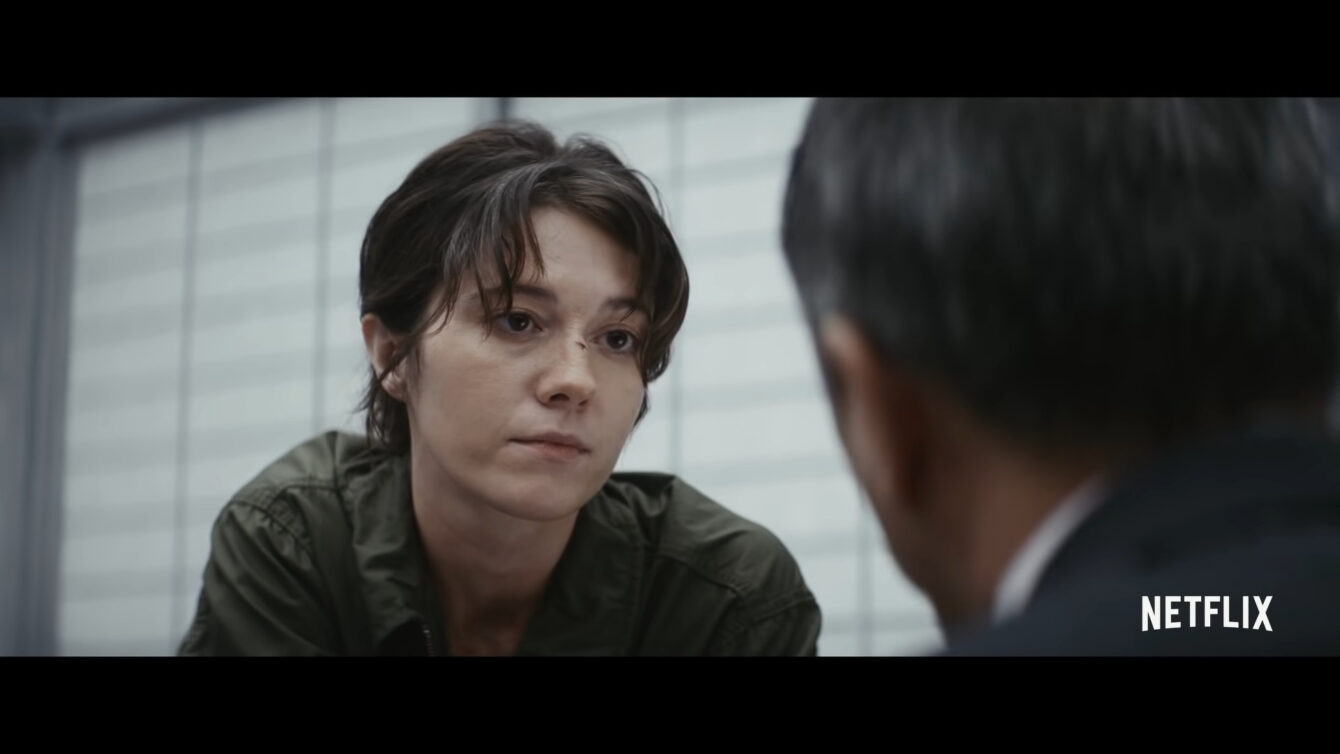 An action thriller from the director Cedric Nicolas-Troyan (The Humans: Winter’s War) and writer Umair Aleem (Extraction (2015)), Kate has a ton of stylish flair early on, but basically squanders it after Kate’s first post-poisoning fight.

For example, the car sequence from the trailer, featured in the poster for the film and where most of the film’s artistic design comes from, is the best part of the film. 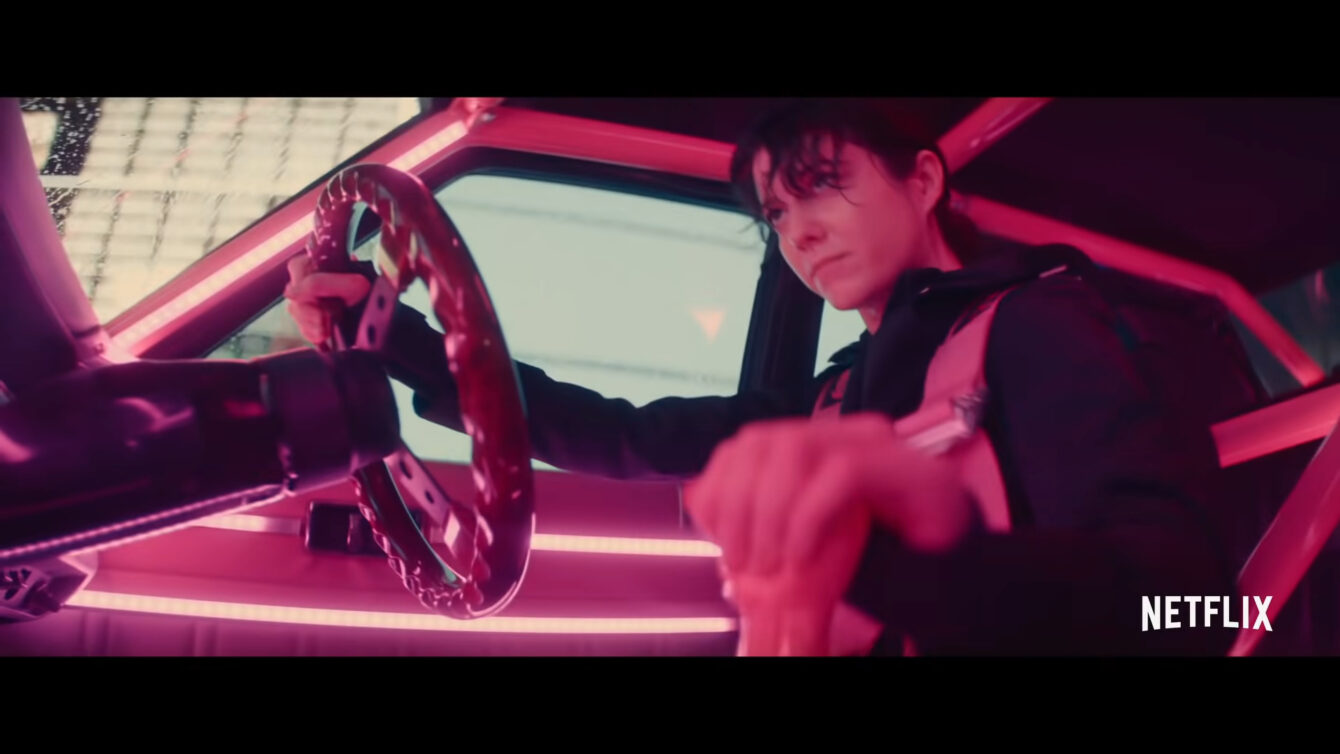 The loud Japanese pop rock blasting from the speakers and the neon pink lighting exploding from the car’s interior already make the visuals of this particular sequence incredibly eye-catching, while Kate’s accelerated pace as she attempts to weave around cars in amidst her deteriorating condition – as well as the sequence’s low-to-the-ground camera placement – makes the viewer feel like they’re along for the ride.

However, the sequence lasts a total of maybe 90 seconds and then you never see the car again. 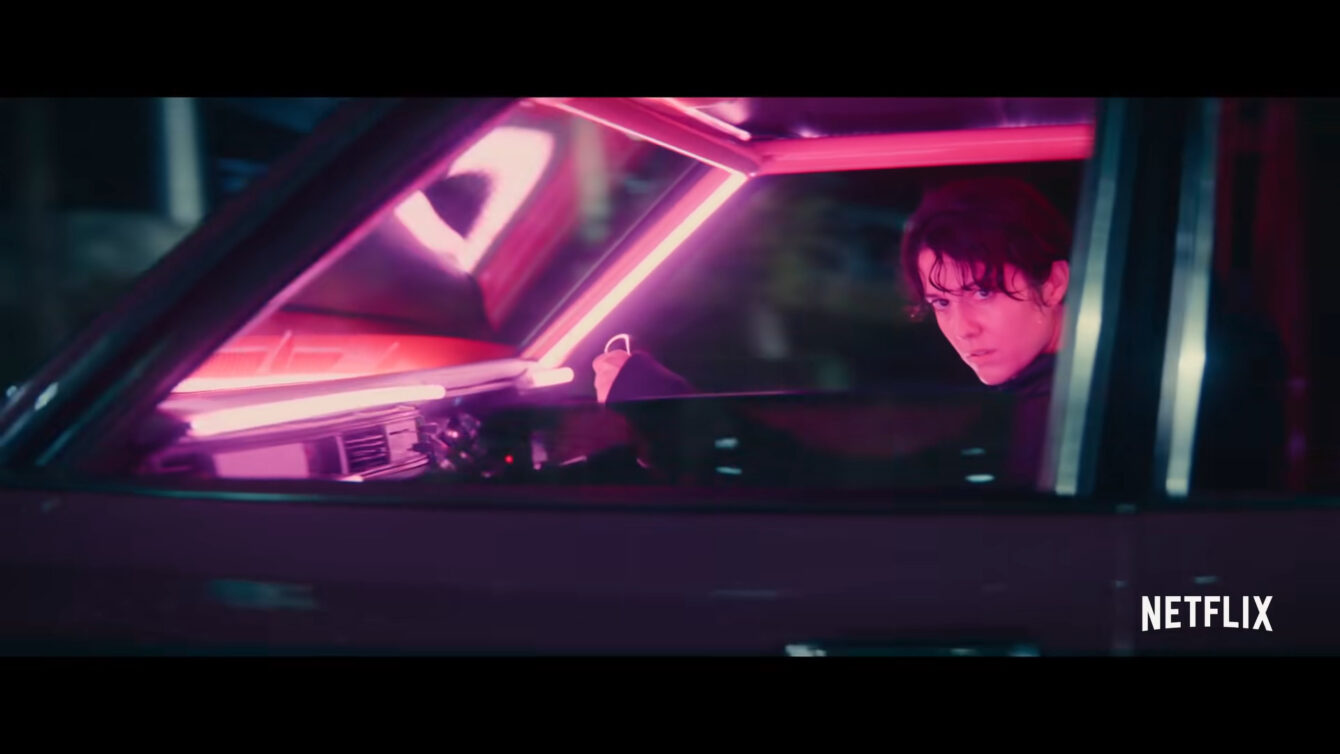 Gareth Evans’ The Raid 2 seemed to introduce the technique of the camera tilting with someone as their face was smashed into a table, wall, or floor. Then, Leigh Whannell’s Upgrade utilized those familiar tilting camera techniques in a way that factored into its sci-fi storyline while adding a bit of depth to its miraculous-but-deadly-implant concept.

Kate does something similar with its perspective, but also flips it along with the film’s lead as she is thrown head over heels onto the ground. It also spins 360 degrees as she clutches onto two yakuza goons mid-fight. The camera technique isn’t nearly as effective as those camera techniques in the other films mentioned, but does deserve some credit for trying something different.

Mary Elizabeth Winstead and Miku Patricia Martineau as the title character and Ani in KATE. Photo courtesy of Netflix. 2021.

The film is largely forgettable after that.

Winstead puts everything she has into her performance, but it just isn’t enough to make Kate worthwhile. You can predict what the ending of the film is going to be as soon as you look at the cast and realize who’s in the film. 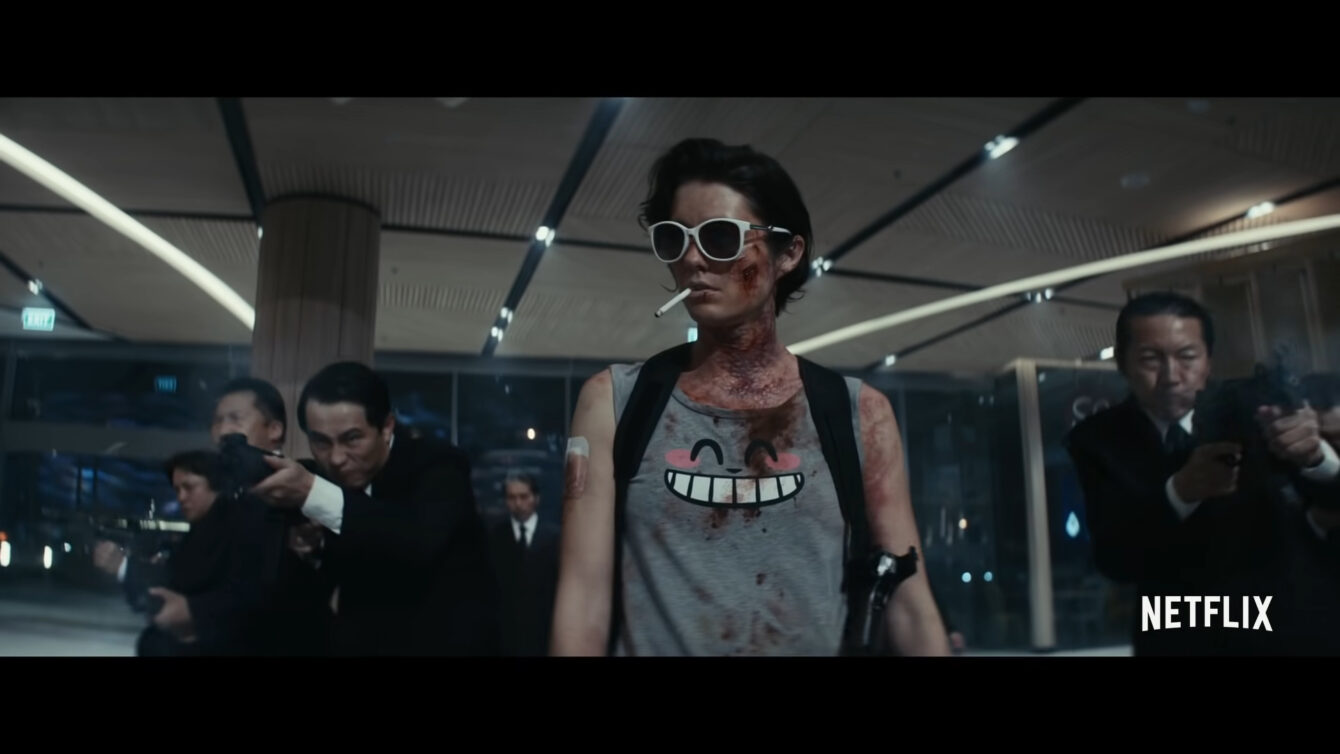 Tadanobu Asano, a Japanese actor mostly known in America for his role as Hogun in the Thor films and Raiden in the new Mortal Kombat, has a career of starring in bizarre, colorful, and totally messed up Japanese films like Ichi the Killer, Shark Skin Man and Peach Hip Girl, and Electric Dragon 80.000 V.

Yet, his performance in the film is lifeless, as he does nothing besides wear a blue three-piece suit, sit in chairs, and get his head chopped off. It is incredibly disappointing. 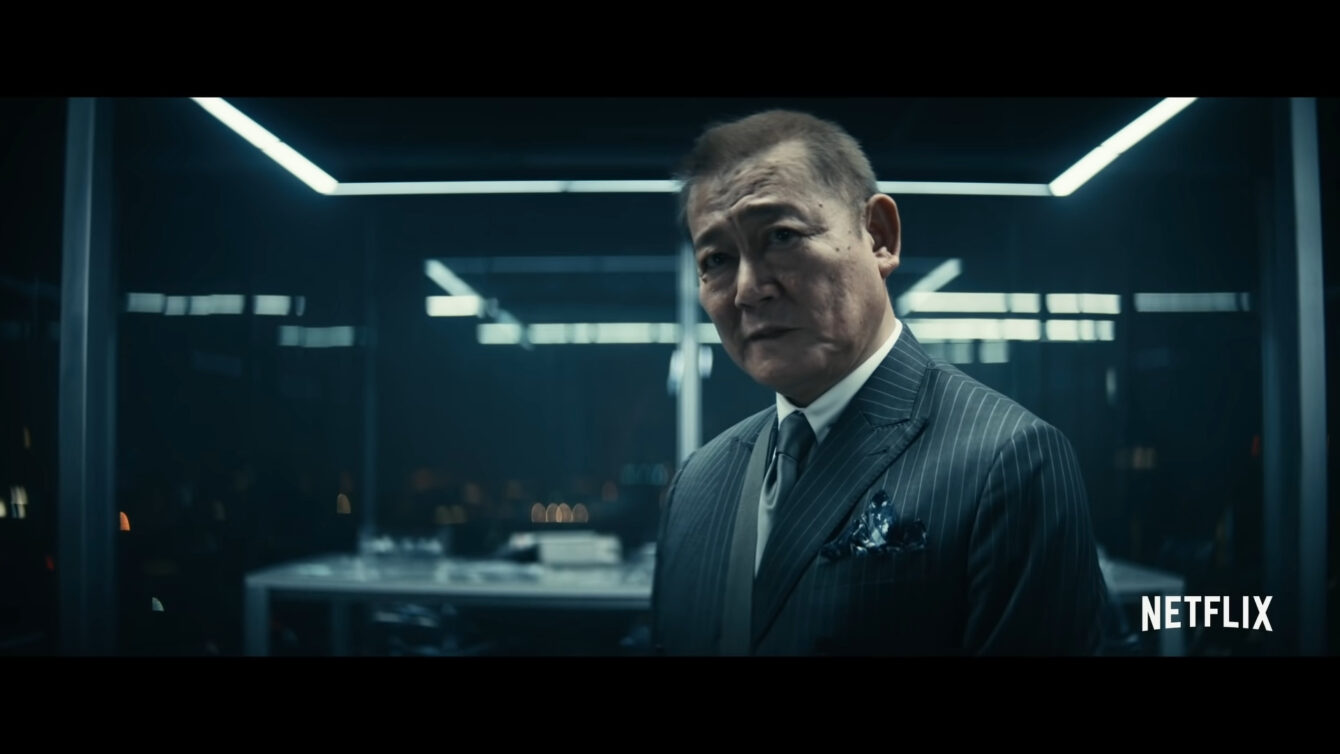 The fighting in Kate is a bit complicated, as well. Kate is poisoned and falling apart the entire film, so even as a trained assassin her moves aren’t as lethal or swift as they would be if she was healthy, a condition which leads all of the action in Kate to have a ‘sloppy’ form to it.

While the combat obviously wasn’t going to be as fluid as something found in a martial arts film, some of the punches and kicks don’t connect and it’s extremely noticeable especially in the fight sequence in Renji’s (Tadanobu Asano) penthouse where Kate fights Renji’s partner Jojima (played by MIYAVI).

In a way, the sloppiness feels deliberate since it taps into Kate’s struggle to stay alive until her mission is complete, but it’s also massively difficult to ignore how ugly and unentertaining most of Kate is because of its amateurish action choreography.

Mary Elizabeth Winstead as the title character in KATE. Photo courtesy of Netflix. 2021.

Kate is said to have been influenced by Luc Besson’s Nikita, but it also seems to be an attempt to capitalize on the popularity of action films such as Atomic Blonde, Nobody, and the John Wick franchise.

Winstead has proven to be a competent action star, but she’s basically thrust into – and subsequently trapped inside of – a feeble and flat cinematic world filled with nothing but dull predictability and inexcusably boring fight scenes.