Following outrage over the association of the character’s namesake to the recent sexual misconduct lawsuit filed against Activision Blizzard by the State of California, Overwatch has officially renamed the cowboy-themed hero Jesse McCree in an attempt to distance themselves from the controversy. 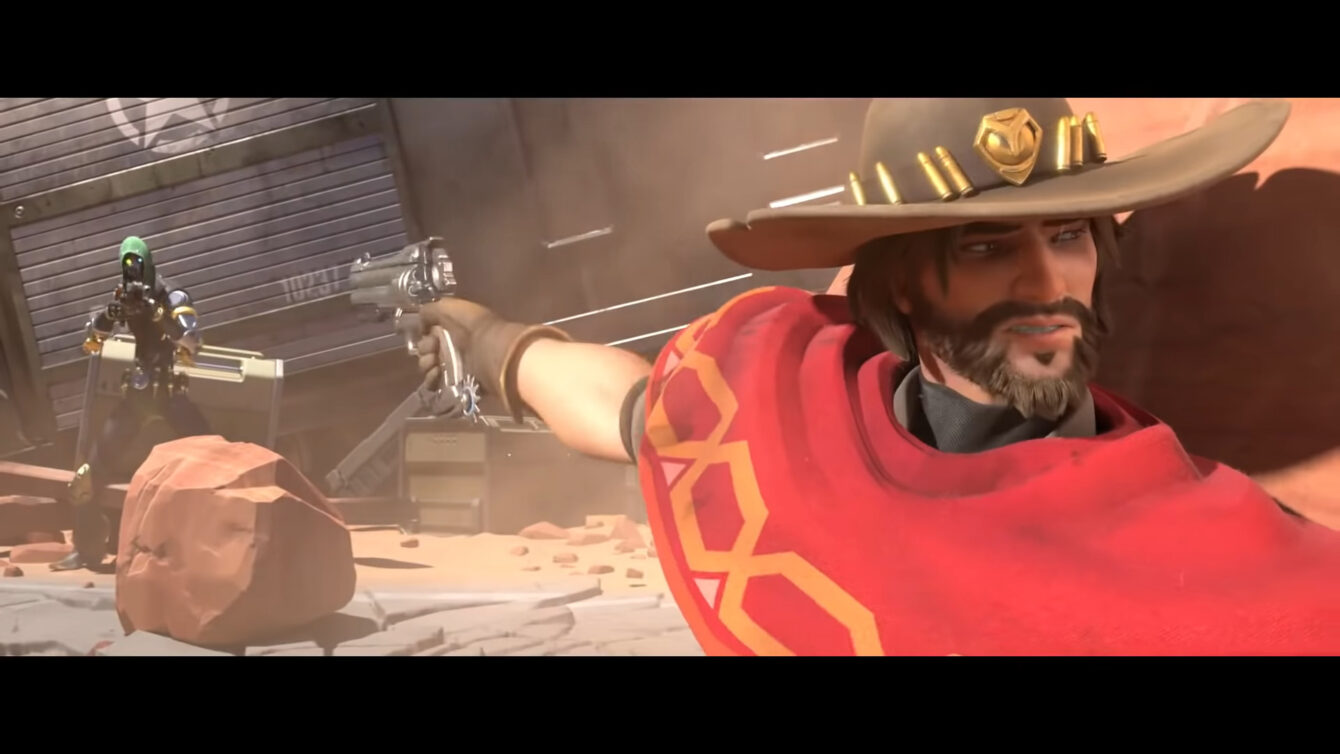 As announced on October 22nd, the gunslinging Overwatch member formerly known as Jesse McCree will now officially be known by the new moniker of “Cole Cassidy”. 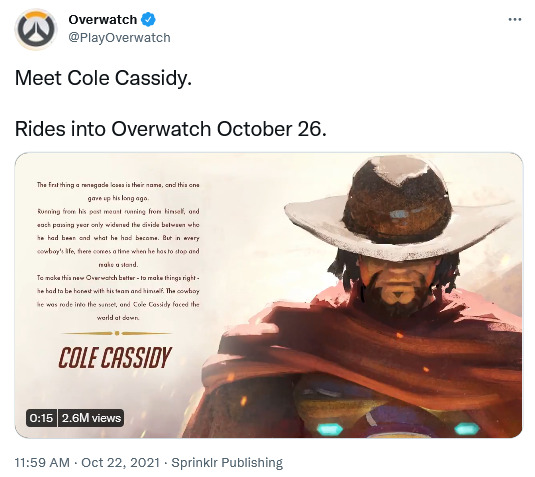 “The first thing a renegade loses is their name, and this one gave up his long ago,” reads a short introduction published alongside the announcement. “Running from his past meant running from himself, and each passing year only widened the divide between who he had been and what he had become.”

“But in every cowboy’s life, there comes a time when he has to stop and make a stand,” it continues. “To make this new Overwatch better – to make things right – he had to be honest with his team and himself. The cowboy he was rode into the sunset, and Cole Cassidy faced the world at dawn.” 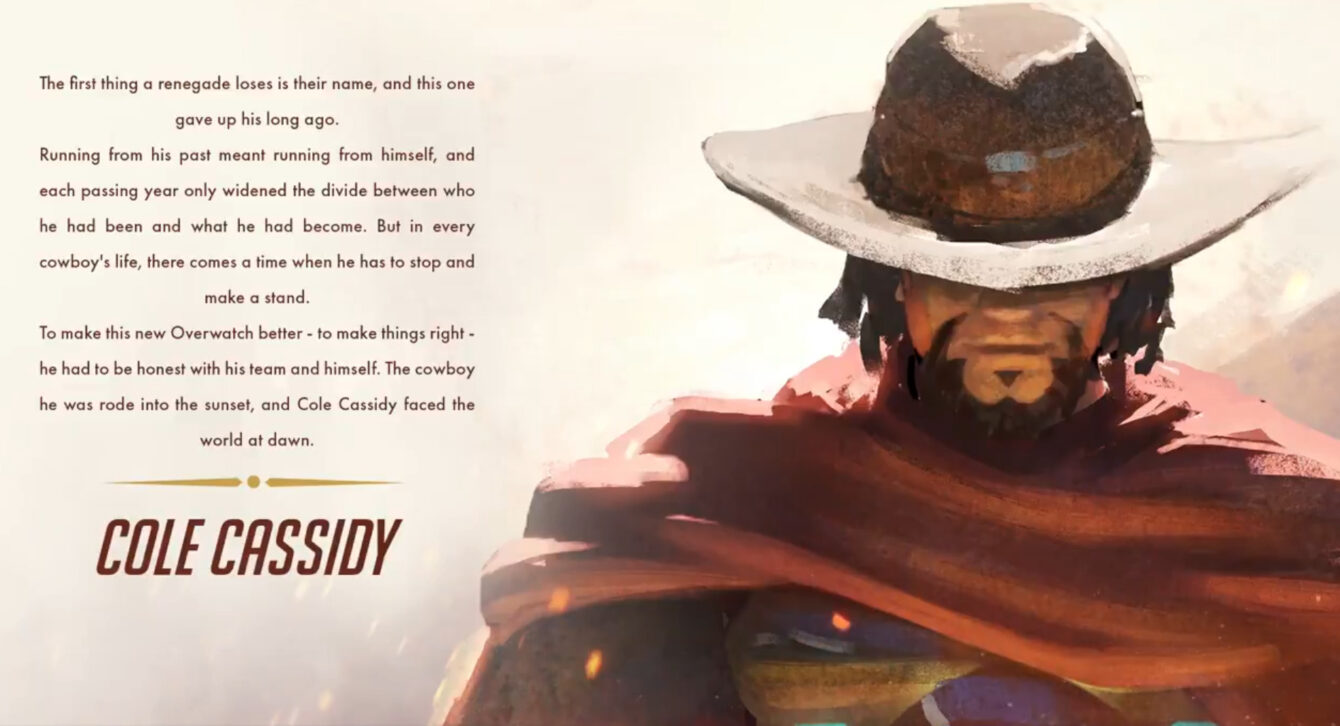 As noted above, the Overwatch hero’s name change comes in the wake of the sexual harassment lawsuit filed against Activision Blizzard by the State of California, which prompted the resurfacing of a photo showing now-former developer Jesse McCree posing alongside other Blizzard employees in the supposed “Cosby Suite” – a nickname given to a hotel room occupied by former Senior Creative Director of World of Warcraft at Blizzard Entertainment Alex Afraisiabi who “was so known to engage in harassment of females that his suite was nicknamed the ‘Cosby Suite’ after alleged rapist Bill Cosby”. 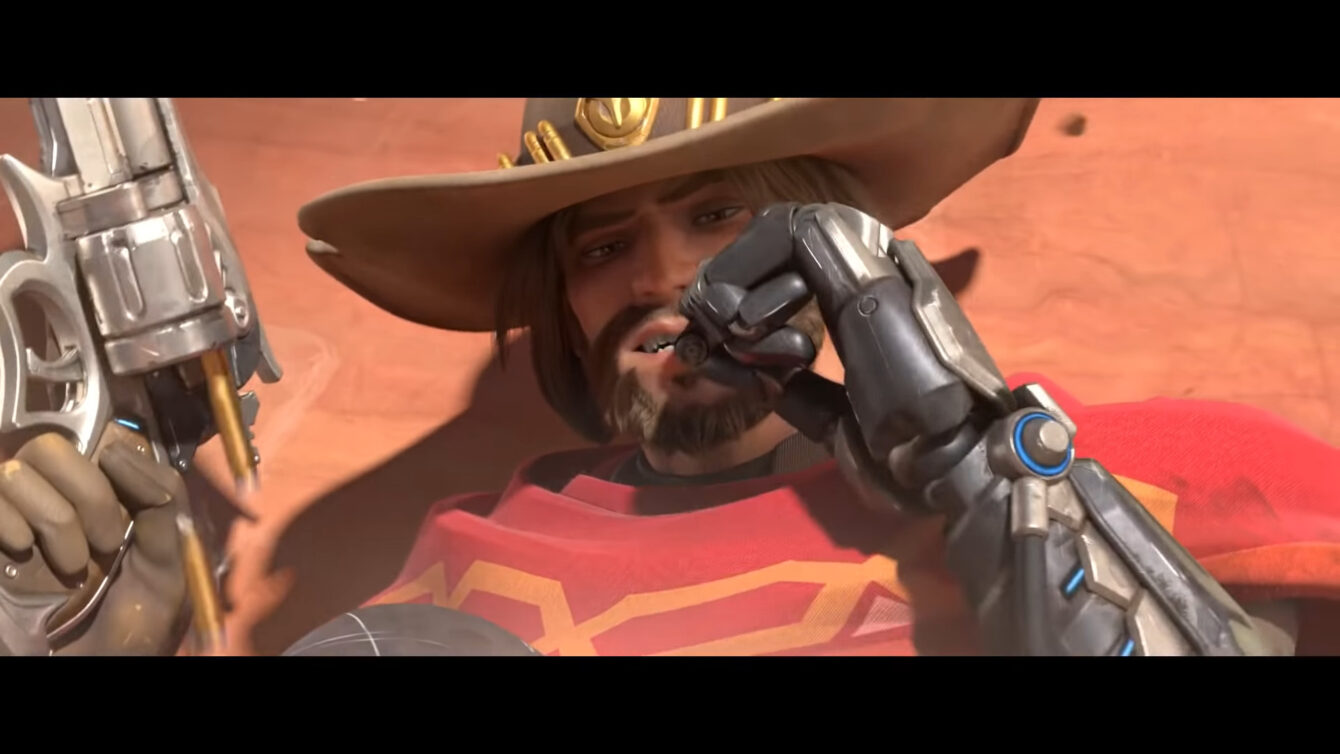 Following the spread of the photo across social media, McCree was let go by Activision Blizzard and the company declared their belief that “it’s necessary to change the name of the hero currently known as McCree to something that better represents what Overwatch stands for.”

“Going forward,” added Activision Blizzard, “in-game characters will no longer be named after real employees and we will be more thoughtful and discerning about adding real world references in future Overwatch content.” 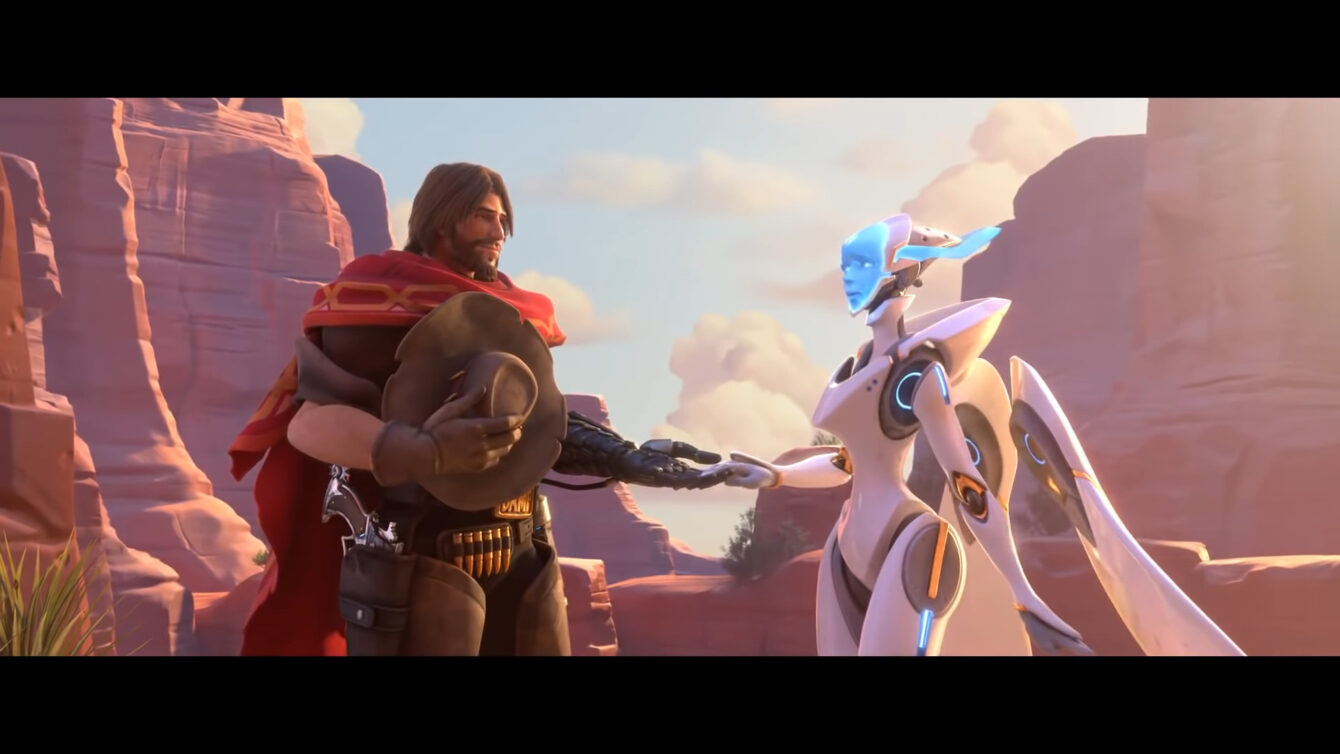 The name change to Overwatch’s resident gun-slinger is but the latest McCree-related name change made by the company in recent weeks, as Activision Blizzard recently renamed several World of Warcraft locations and NPCs whose designations referenced the developer.

What do you make of McCree’s new name? Let us know your thoughts on social media or in the comments down below!