According to the game’s community managers, the upcoming latest entry in EA Dice’s Battlefield series, Battlefield 2042, is set to introduce the franchise’s first non-binary specialist. 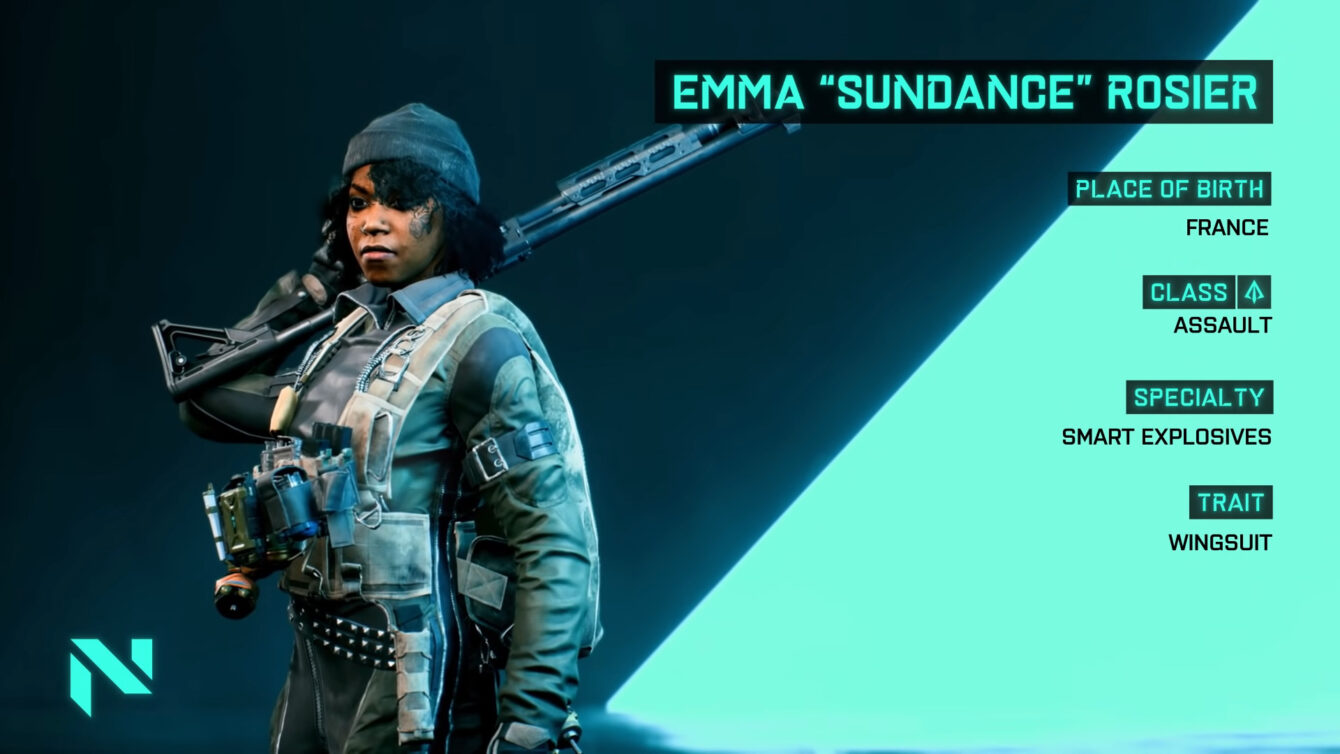 The operator, Emma “Sundance” Rosier, was first revealed in a Battlefield 2042 gameplay trailer released by EA Dice on October 21st.

In the trailer, no mention of Sundance’s gender identity is made, with their segment instead focusing exclusively on how they would play in-game, particularly regarding their flight-suit and smart explosive mechanics.

Related: As Monthly Active Users For Blizzard Decline In The Millions, World Of Warcraft Reveals Classic Character Is Transgender

Following the trailer’s release, Battlefield 2042 community manager Kevin Johnson took to Twitter to give players a “quick look through all of the five Specialists,” giving brief descriptions of each character and their playstyles.

“Say hello to…Sundance,” wrote Johnson of the French specialist. “Another Assault Specialist on the way with Sundance, get used to seeing them zip through the sky on their Wingsuit for fast entry on objectives and tactical situations. They also feature a set of Smart Explosives that allow you to take out enemy aircraft.” 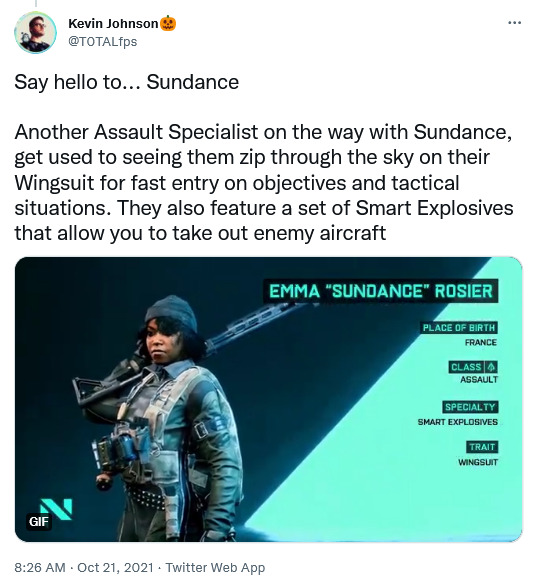 Taking notice of Johnson’s use of ‘they’ pronouns for Sundance, one fan asked “Is Sundance nb? this is like the 3rd time I’ve seen they pronouns.” 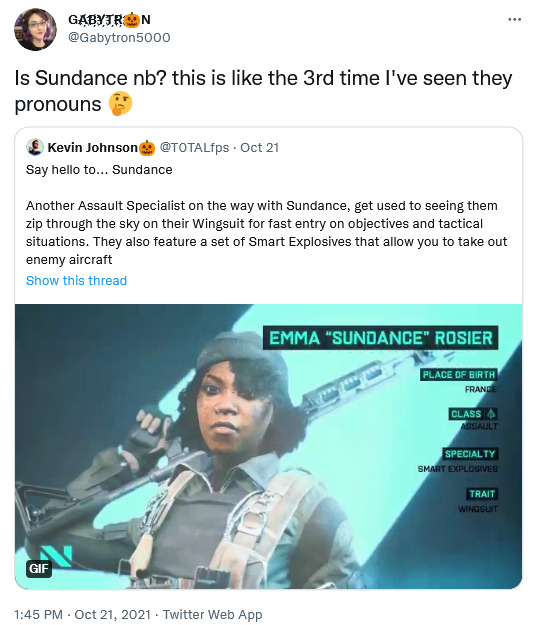 “Sundance is non-binary and uses the Pronouns They/Them,” he added.

Battlefield 2042 was recently pushed back from its original October 22nd release date and is now set to release on November 19th for the PlayStation 4, PlayStation 5, Xbox One, Xbox Series X|S, and PC platforms.

What do you make of the addition of a non-binary operator in Battlefield 2042? Let us know your thoughts on social media or in the comments down below.