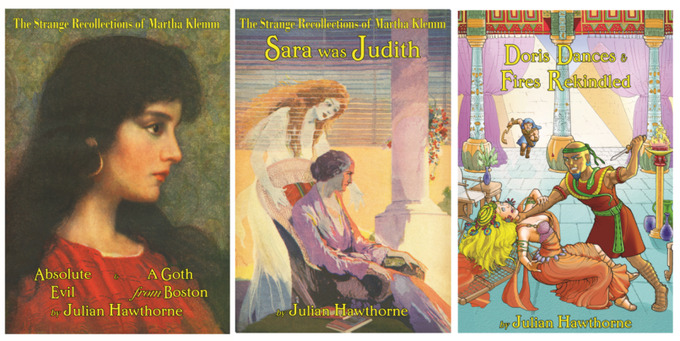 This new KickStarter campaign comes after the successful crowdfunding of Julian Hawthorne’s The Cosmic Courtship.

If you are unfamiliar with Hawthorne, he is the son of American writer Nathaniel Hawthorne. Julian was born in June 1846and  died at the age of 88 in July 1934. While spending time in Europe he wrote a number of novels including Bressant, Idolatry, Garth, Archibald Malmaison, and Sebastian Strome.

In the late 1880s he also wrote a number of detective fiction novels following his character Inspector Barnes. These novels included The Great Bank Robbery, An American Penman, A Tragic Mystery, Section 558, and Another’s Crime

His writings featuring Martha Klemm were published in the pulp magazine All-Story Weekly.

As noted in the Kickstarter campaign, Klemm was featured as the protagonist narrator of the horror novelette, Absolute Evil. She went on to be featured in the novella A Goth From Boston and the novel Sara was Judith. 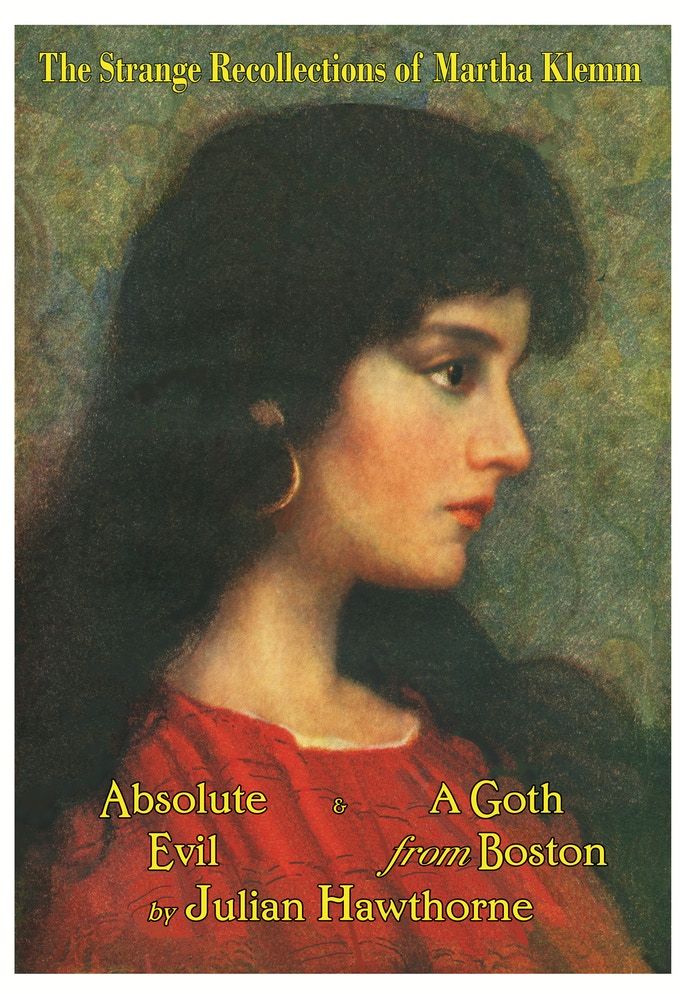 Specifically, Cirsova is offering three different books in multiple formats. The first includes both Absolute Evil and A Goth from Boston. The second is Sara was Judith and the third is Doris Dances & Fires Rekindled.

Cirsova describes Absolute Evil as “Julian Hawthorne’s coda on his father’s works pertaining to the theme of Calvinist “doom.” Many of Nathaniel Hawthorne’s villains and tragic figures hearken back to  Marlowe’s Faustus, with the worldview that destiny and damnation are unalterable though it was the choices they made through free-will that set them on the road to hell.”

“Unlike his father’s work on the subject, however, Absolute Evil is an action-packed thriller in which a Presbyterian minister turns himself into a werewolf and haunts the New England beaches,” they add.

As for A Goth From Boston the description reads, “While on an errand to gently turn down a proposal from Cabot Selwyn, a Professor of Biology, Martha Klemm meets a most intriguing and alluring beauty–working in the service of the good doctor as mere maid!”

It adds, “Fate and the forces of nature conspire to throw the trio together time and again: can the Doctor escape his ivory tower understanding of biology and embrace the human?” 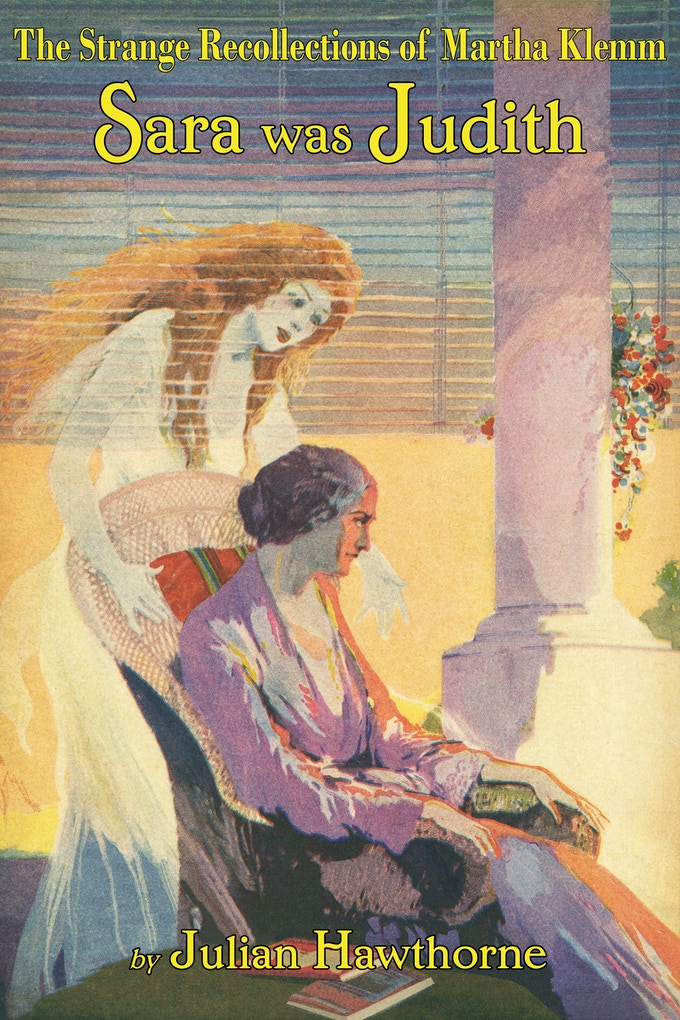 Sara Was Judith was originally serialized over five issues and was Hawthorne’s final novel for All-Story Weekly.

The official description states, “Martha Klemm’s school chum, Sara, is an impossibly bland and uninspired woman living a rather dull and ordinary life–quite the contrast with Martha’s, filled with globetrotting adventure. Sara’s daughter Judith is her exact opposite: filled with life and vibrancy, mystery and mischief.”

It adds, “When a deadly storm drowns the girl saving the young lad who fancies her, Sara, in her one act of passion, hangs herself in her boudoir. Pronounced dead, Sara shocks the mourning household, friends, and doctor when she emerges later that evening, more vivacious than she has ever been… and protesting that she is Judith!” 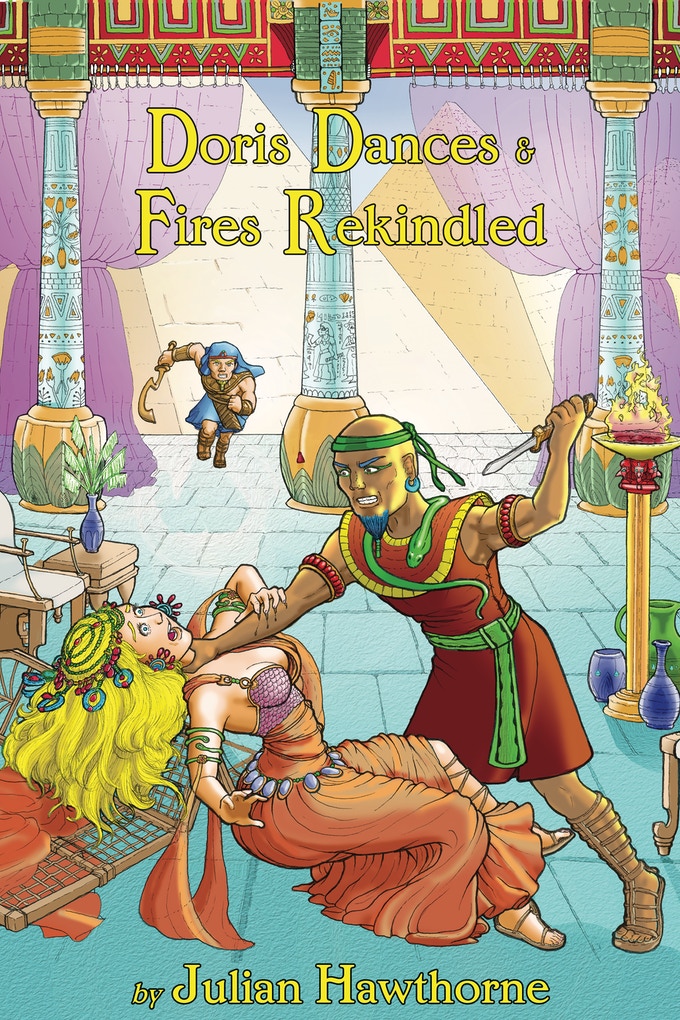 Doris Dances’ official description states, “Robert “Bob” McIvor Melrose, an eccentric banjo-playing millionaire, was always a child at heart and wanted nothing more than a child of his own. When his gold-digging wife, forces him to choose between her and an orphan infant girl he adopted, Bob takes little Doris with him on the road.”

It adds, “Leaving all but a pittance for himself and Doris to live on to his wife, the father and daughter live a simple and carefree life as tramps. Gerda Kent, an artist on the verge of fame, hones her skills and creates her masterpiece capturing the loving father and daughter, Bob picking on his banjo while Doris dances.”

The official description for Fires Rekindled reads, “Against the backdrop of the Great War, an American visitor in London is struck by a peculiar deja vu–much stronger than the mere sense he has been to the house where he is staying, he finds he knows of details that he could not possibly, even had he once visited in his youth.

It adds, “The strange sense sends him on a quest for knowledge to uncover a past-life love and solve a century-old possible murder!” 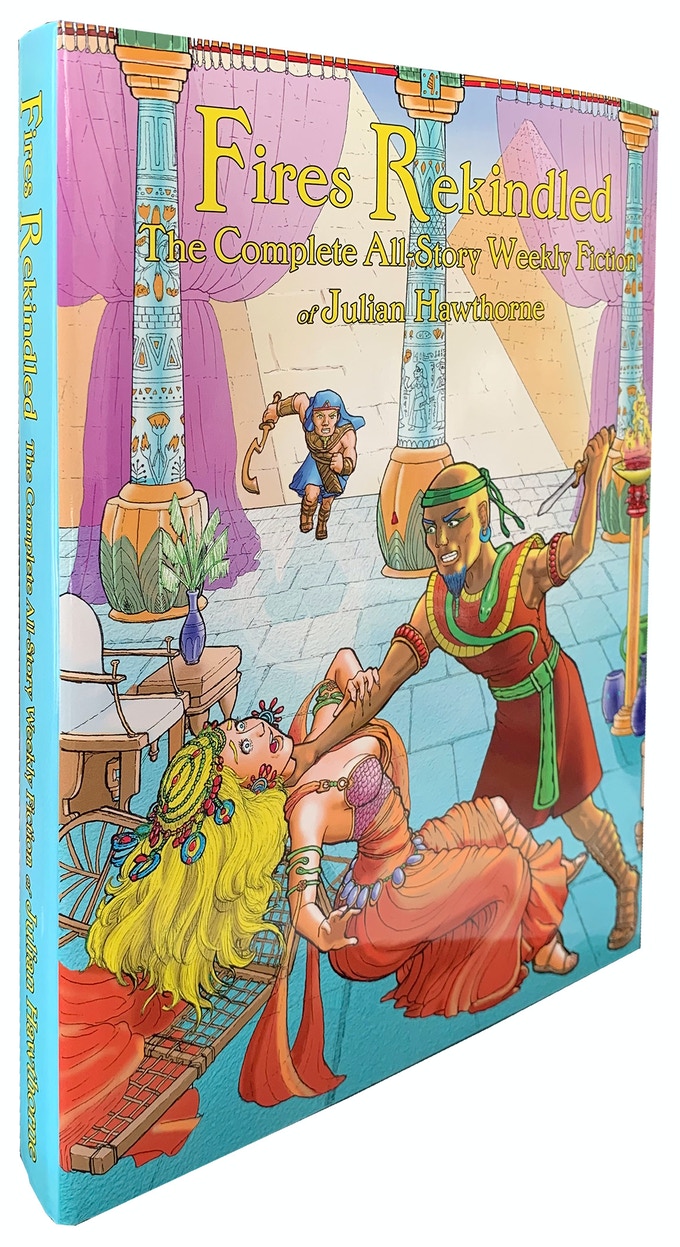 All three books are available in different formats. They include: pocket paperback, magazine format, trade paperback, and hardcover.

There will also be a coffee table omnibus version that collects all of Hawthorne’s All-Story Weekly fiction in an oversized volume. 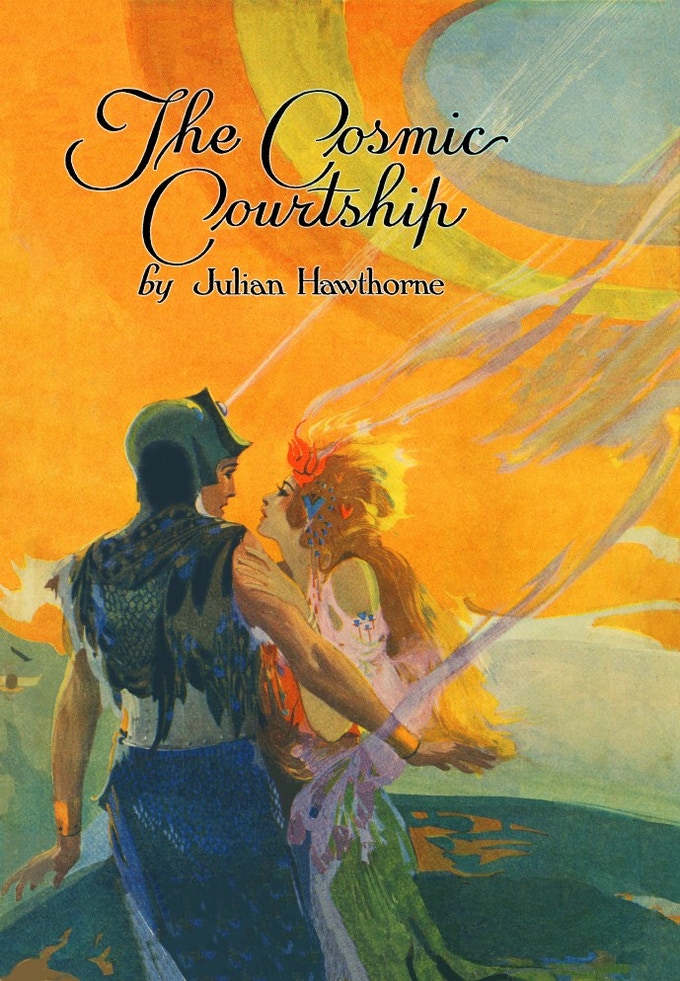 The Kickstarter campaign has currently raised $13,539 of its original $500 goal. There are less than 48 hours to back the campaign as of writing.

Do you plan on backing this campaign?