Antlers is a horror that, like many films, was pushed from its original release date thanks to COVID, moving from its initial date of April 17, 2020 to February 19, 2021 before eventually being rescheduled one final time to October 29, 2021.

Directed by Scott Cooper (Hostiles, Black Mass) and written by Cooper, Henry Chaisson, and Nick Antosca (Netflix’s Brand New Cherry Flavor), Antlers takes place in a small town in Oregon, a setting reinforced by its opening on a couple of meth cooks finishing a batch of product in an abandoned mine.

Much to the drug producers’ chagrin, something inhuman soon begins attacking them as Aiden (Sawyer Jones), the son of meth cook Frank Weaver (Scott Haze), waits in the pickup truck outside.

Though they survive their encounter, the two begin to deteriorate, leading Frank to order his older son, 12-year Lucas (Jeremy T. Thomas), to keep them locked inside a specifically designated room in their house.

Now tending to his family the best he can while going to school, Lucas believes that he’ll eventually cure his father and brother’s sickness by feeding them an adequate amount of meat. 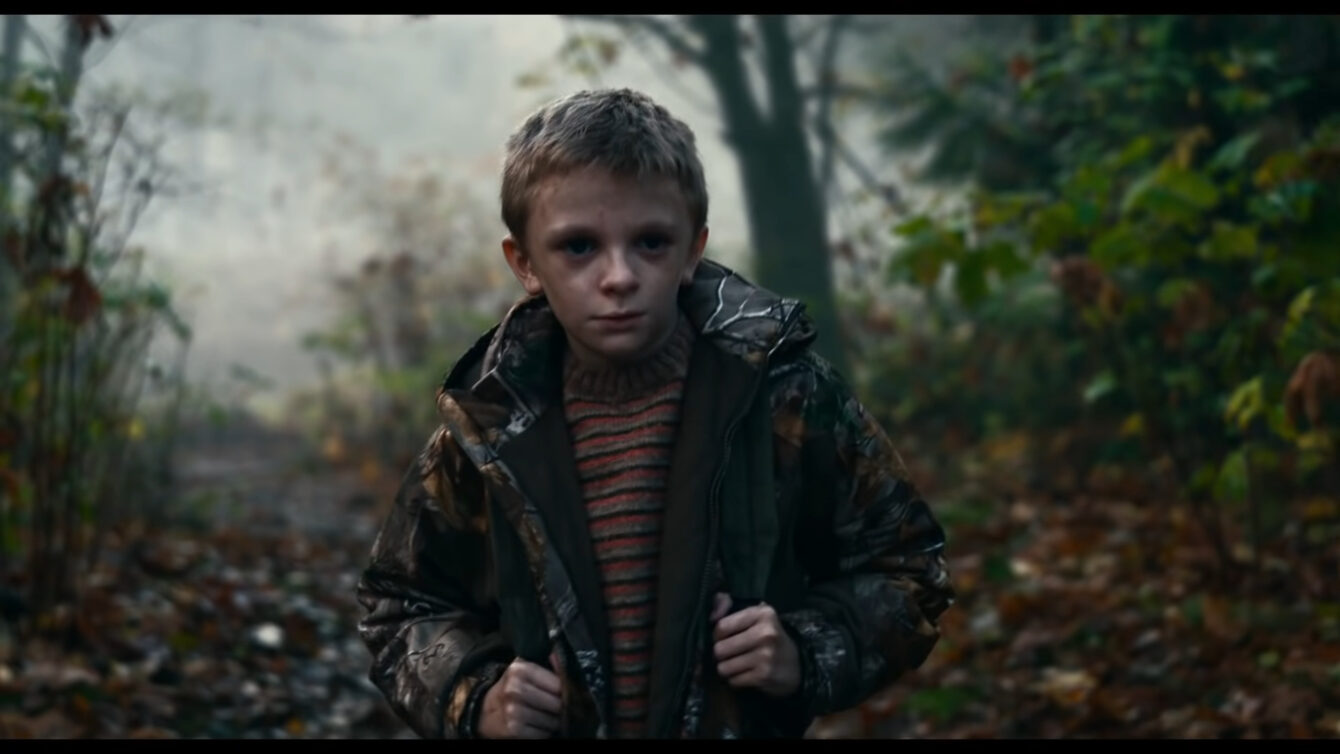 Meanwhile, Lucas’ teacher, Julia Meadows (Keri Russell), is a recovering alcoholic who is still haunted by the abuse she suffered as a child at the hands of her father. Returning to Oregon after 20 years away, the unusual artwork drawn by Lucas during her class catches Julia’s eye, as she believes it may signal that he is also a victim of abuse.

Julia lives with her brother, Paul (Jesse Plemons), who is also the town sheriff. Though the two are dealing with their own family tension regarding their father, his treatment of each of them when they were younger, and Julia’s return, the number of missing people in town suddenly takes precedence over their own personal issues. 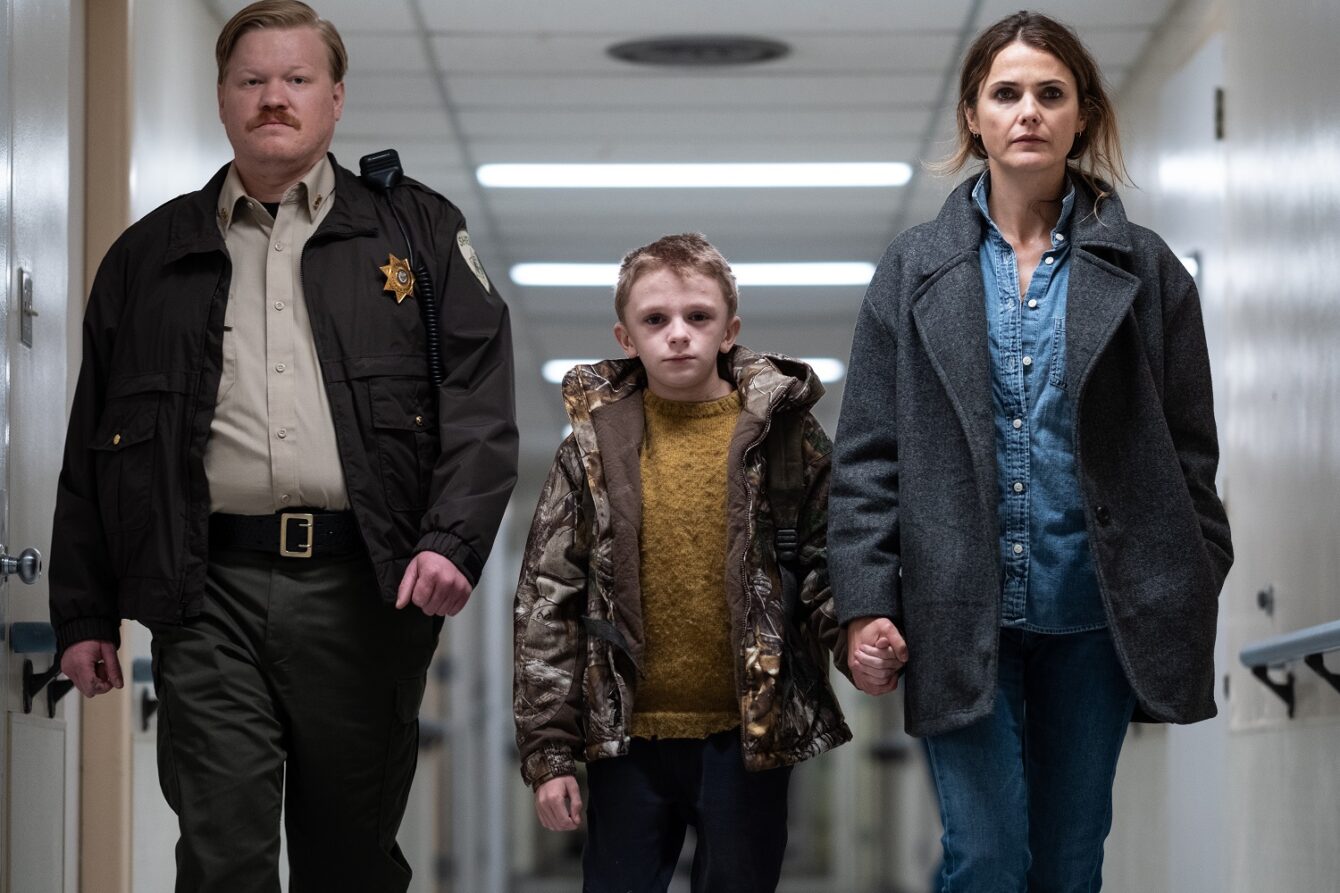 Supporting movies in theaters has become increasingly difficult post-pandemic. With so many films releasing to your favorite subscription service or made available to rent or stream the same day as its theatrical release, most people are opting to stay home even under the best circumstances.

However, Antlers is a rare case of a horror film being an exceptional experience in the theater. 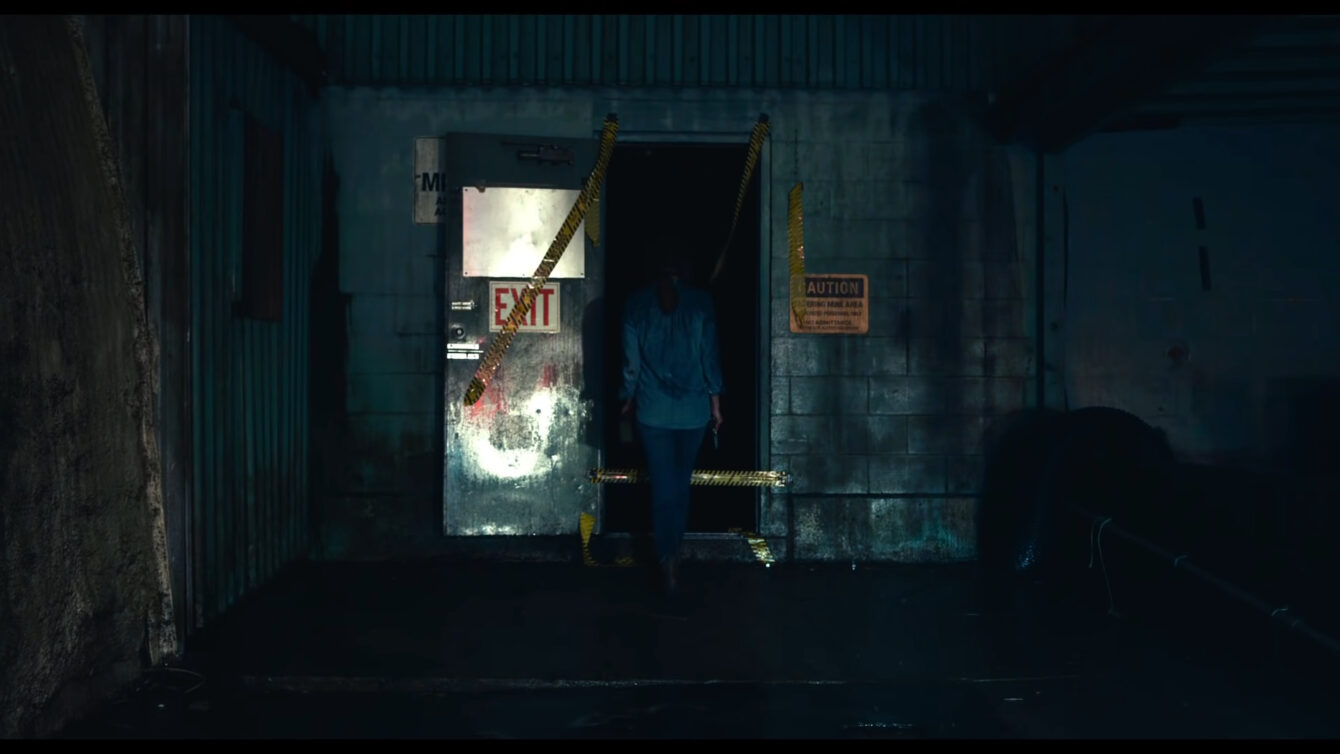 Visually, you’re likely to get a similar experience at home, but the film’s sound design is what makes it worth taking a trip to the theater for – after all, sound can add this extra element to any film if done right and rendered in surround sound.

It starts with really simple things before the horror kicks into gear; a fireplace crackling, the sound of rocks by the lake, and footsteps on a wood floor. Later on, the horror is so loud that it feels like a legitimate jump scare without feeling lame or gimmicky, as the creatures’ inhuman, guttural noises are so brilliantly unsettling. 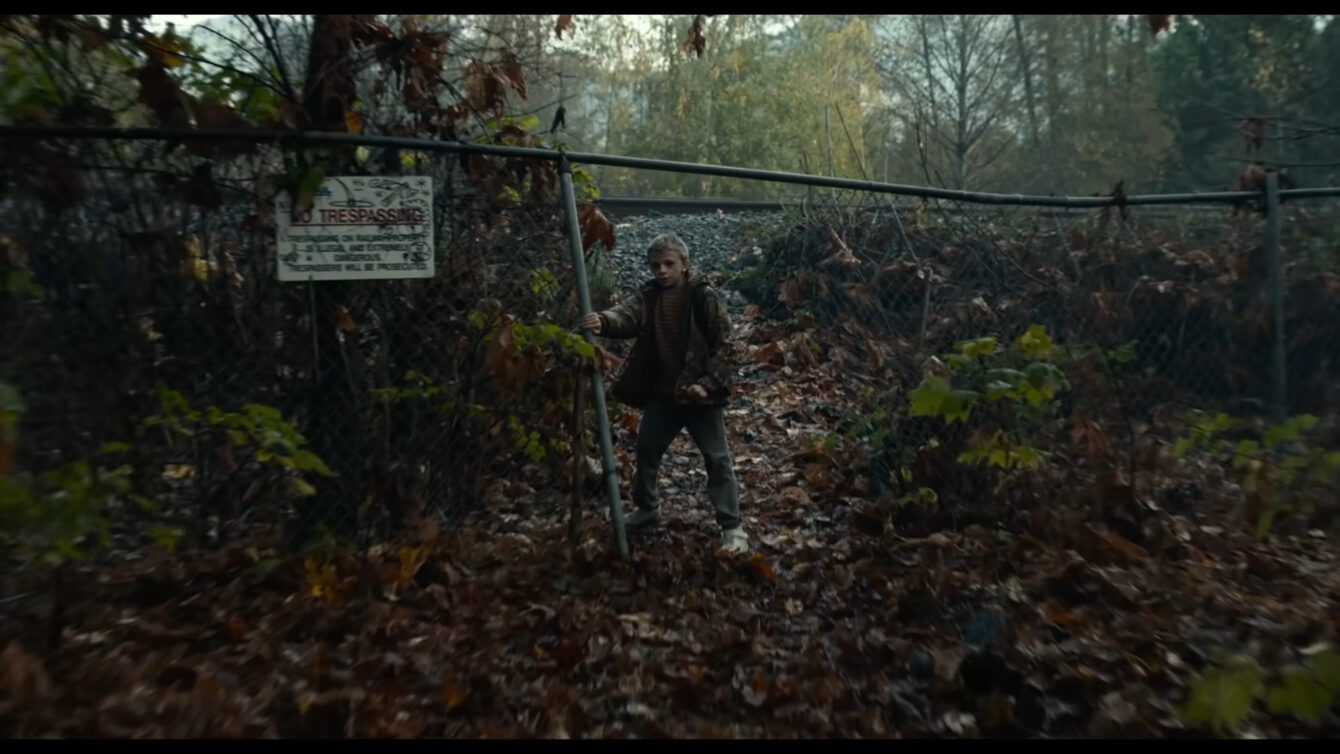 The film also dives deep into Native American folklore, which makes it all the better, giving meaning and purpose to what would otherwise be a mindless creature eating people solely because it’s hungry.

There are a ton of story elements that are teased early on that leave you questioning what the creatures are, like how much roadkill someone who encounters them can eat, what the bag is hanging on Lucas’ bedroom door, or just what in the world Lucas’ father is turning into.

Yet, what’s especially intriguing is the fact that every character in this film is miserable and the world they’re written into is so unbelievably hopeless. Antlers is bleak as hell, and it’s freaking fantastic because of it. 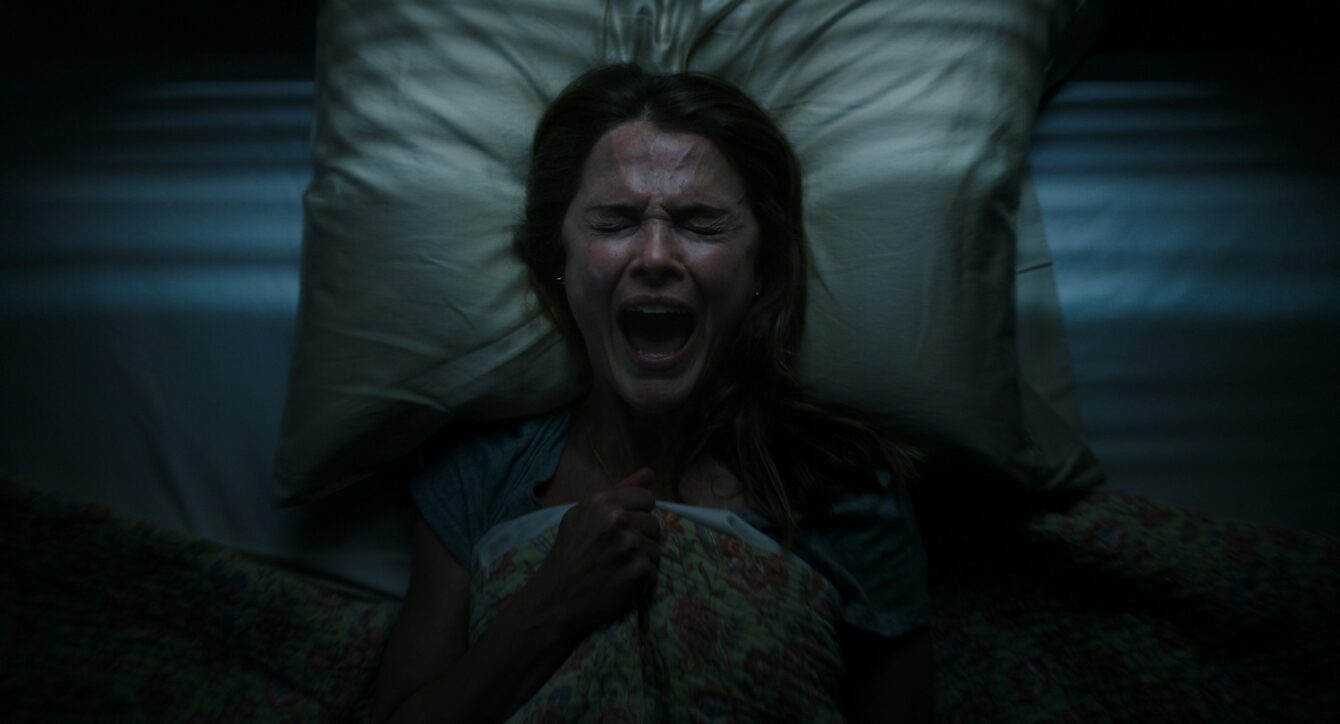 Like most films, going in without knowing everything about Antlers will likely result in it being more enjoyable than if it was all laid out for you.

As a fan of the genre, I admit that it’s no secret that horror films are generally pretty awful, but I also believe that Antlers is genuinely worth getting excited for.

Honestly, a film that has sat on the shelf for this long has no right to be this good, and it’s downright criminal that the film has barely made $13 million worldwide to date (though, admittedly, the screening I went to was only me and one other person, who ultimately walked out during the last twenty minutes). 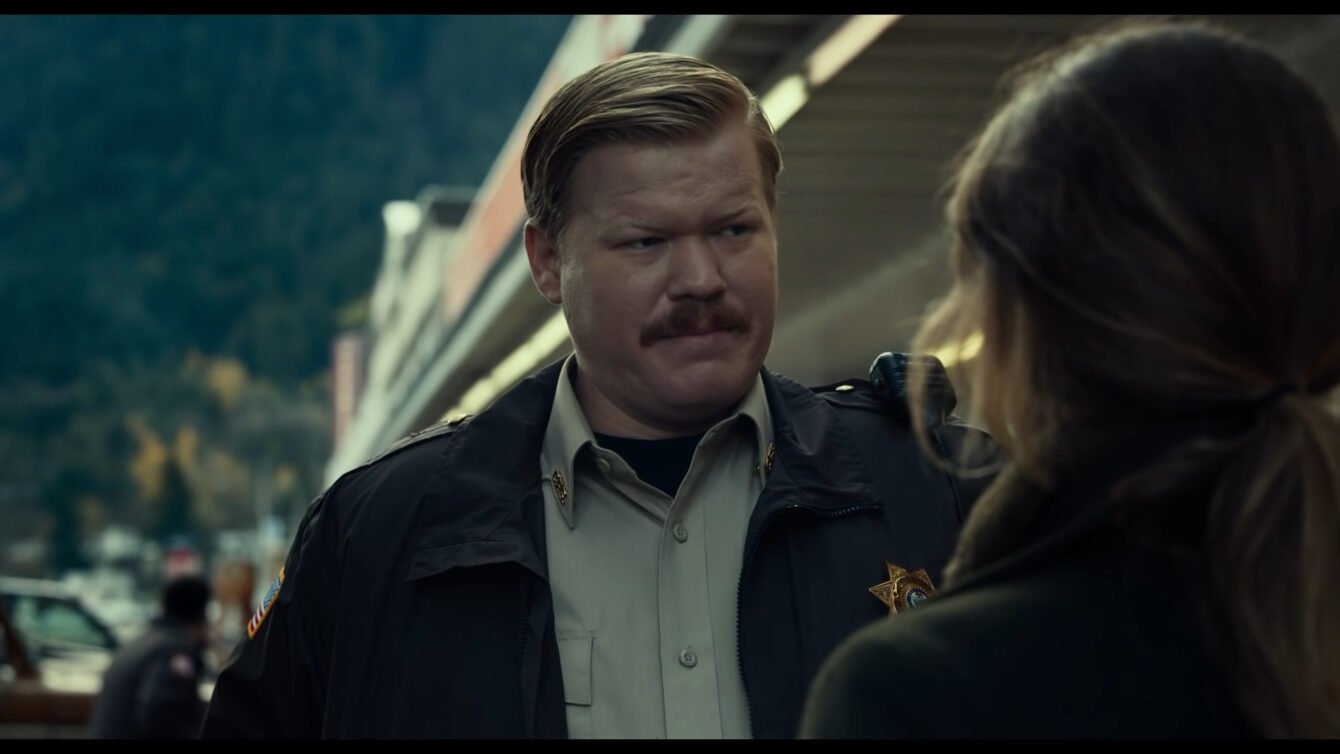 Antlers is a wickedly gruesome body horror film with a terrifying monster payoff that feels like they took the Nightmare Bear sequence from Annihilation and fleshed it out for an hour and a half.

These days, most blockbuster films leave me feeling burnt out since they all kind of follow the same formula, but Antlers is this nasty, nightmarish gem that is wonderfully devastating and unapologetically fear inducing.

With a horrifically creative concept and exceptional acting all around, Antlers will hopefully satisfy every gore-loving and thrill-seeking inch of your horror-obsessed movie watching being. 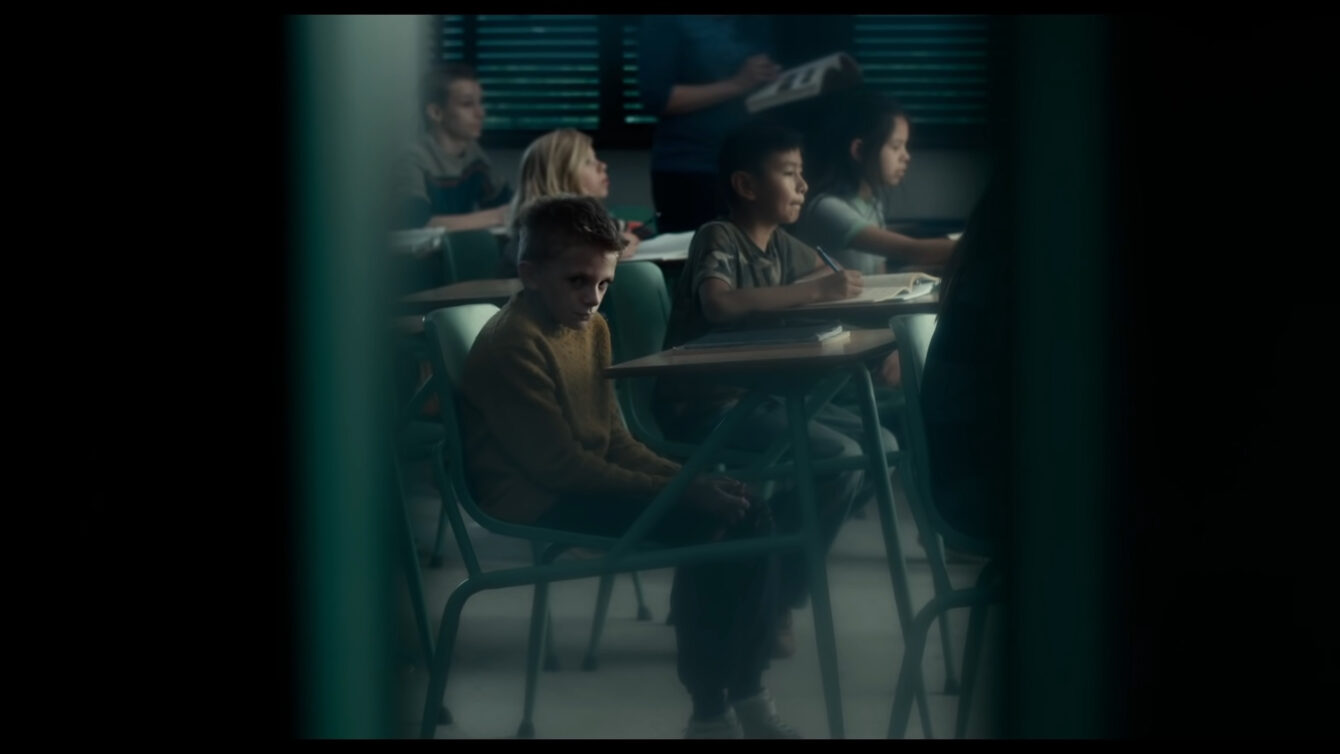