Interplay Entertainment announced they are launching a brand new Earthworm Jim TV show. However, the show is being developed without Earthworm Jim’s original creator Doug TenNapel.

Interplay Entertainment made the announcement about the new TV series on Twitter.

They wrote, “Well this is just groovy… PREPARE TO LAUNCH THE COW because Earthworm Jim has a new tv series COMING SOON!”

They then directed individuals to beyondthegroovy.com where an interview of Earthworm Jim provides a glimpse at the new series. 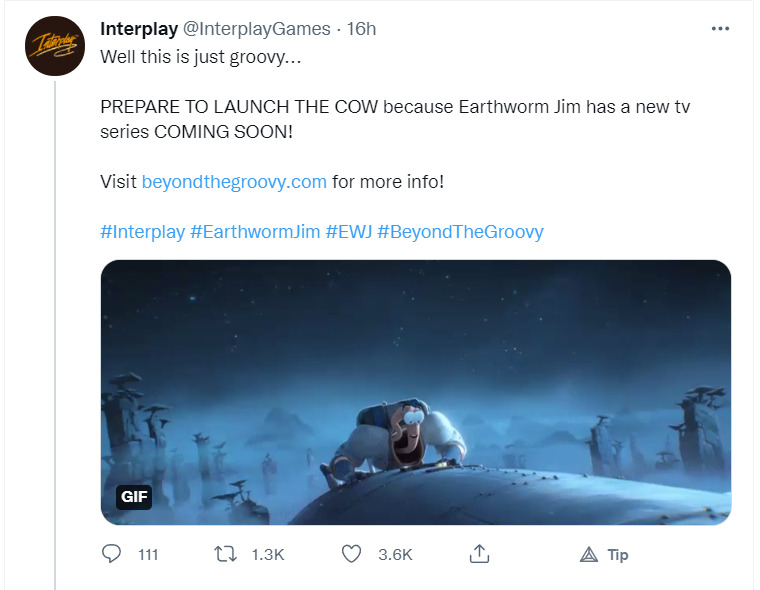 You can watch the interview with Earthworm Jim below.

Interplay would also confirm that Doug TenNapel is not apart of the show.

They tweeted, “We’ve assembled a whole new creative team for Earthworm Jim. The original creator is not involved at all.” 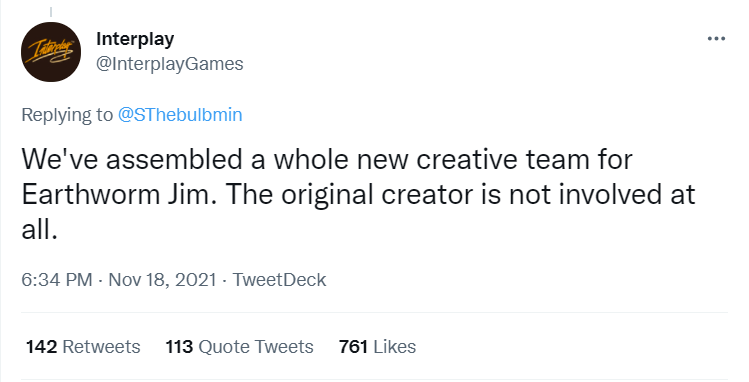 TenNapel responded on Twitter writing, “A whole new creative team that didn’t create the main characters. The bench is welcome to handle the rest.” 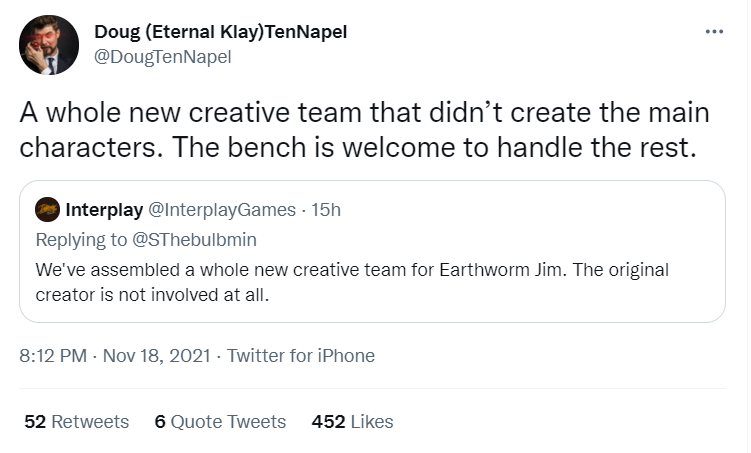 TenNapel would also respond to a Twitter user who stated, “Ok I watched the trailer and it’s so far off character that it feels like a Disney Star Wars sequels crisis. I’m expecting they’ll just call your comics non canon even though they are in fact the ONLY canon. Worse, that EWJ4 game looked like a flash game from 2002. No soul.”

TenNapel responded, “I think it’s fine. It’s not what I would make, but that doesn’t mean the cartoon won’t be good. The animation production is already better than most, so that’s a positive. And it’s HARD to make any series. It’s grueling work. Just let it be its own thing.” 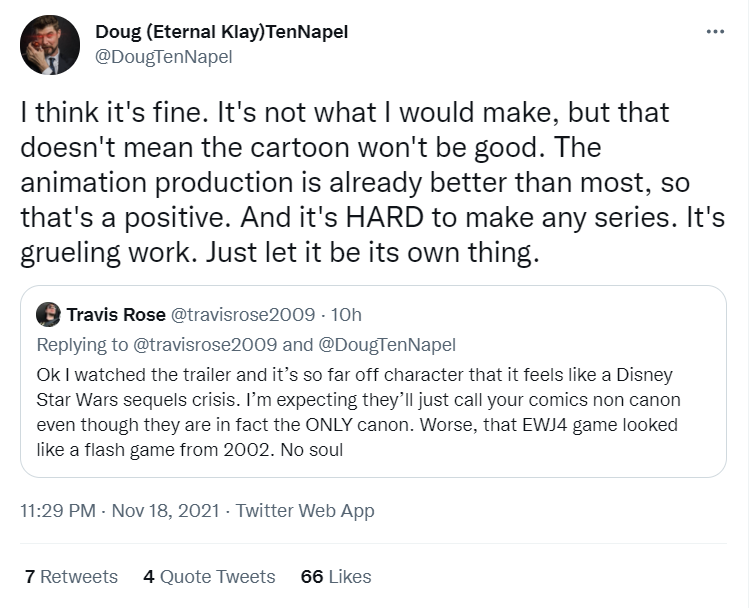 He was asked by a user, “Do you still have the rights to do the other three Earthworm Jim comics when you feel up to doing more again?” 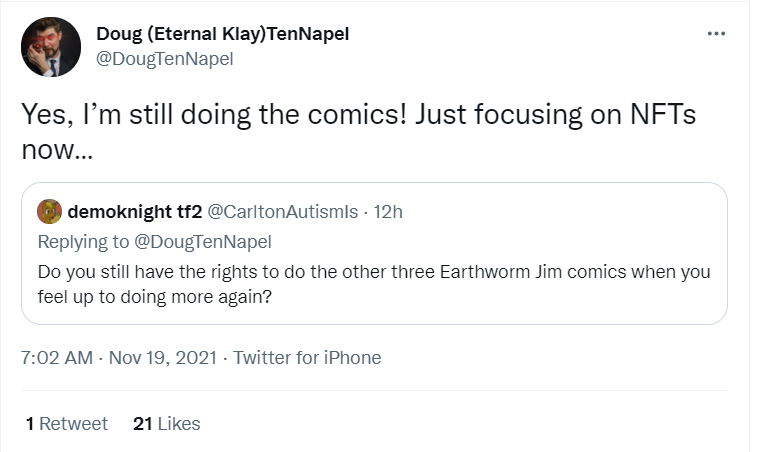 What do you make of this new Earthworm Jim trailer? What about the fact that Doug TenNapel is not working on the show? What did you make of his response?