Pedro Pascal is the Mandalorian in Lucasfilm’s THE MANDALORIAN, season two, exclusively on Disney+. © 2020 Lucasfilm Ltd. & ™. All Rights Reserved.

The first charge of first-degree reckless homicide was for the killing of Joseph Rosenbaum. Video showed Rittenhouse attempting to flee Rosenbaum and even drawing his weapon in an effort to deter Rosenbaum. It did not and Rosenbaum continued to pursue Rittenhouse and even lunged at his gun. Rittenhouse then shot and killed him. 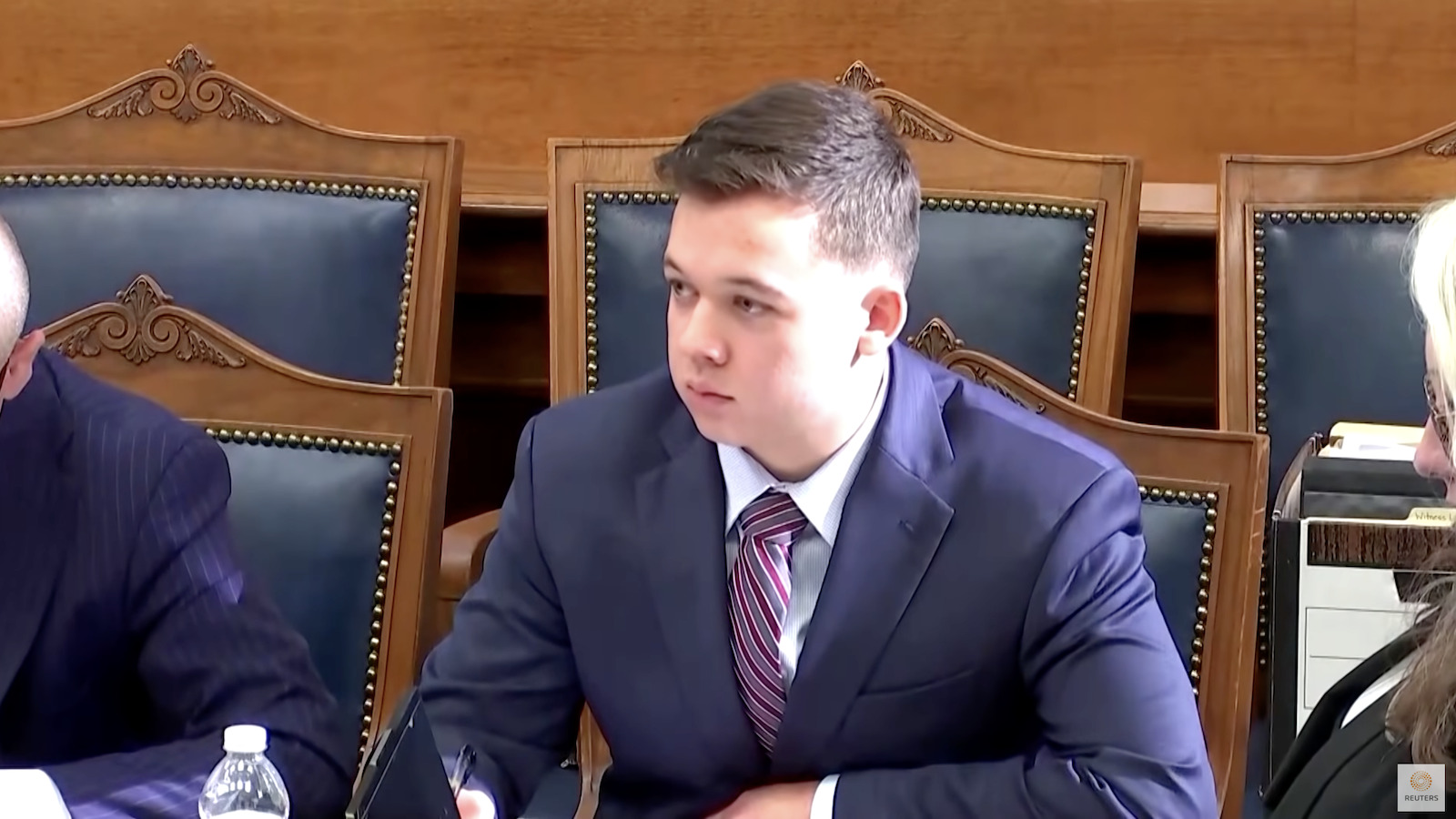 Rosenbaum would eventually be convicted of sexual conduct with a minor in the second degree during a plea deal. 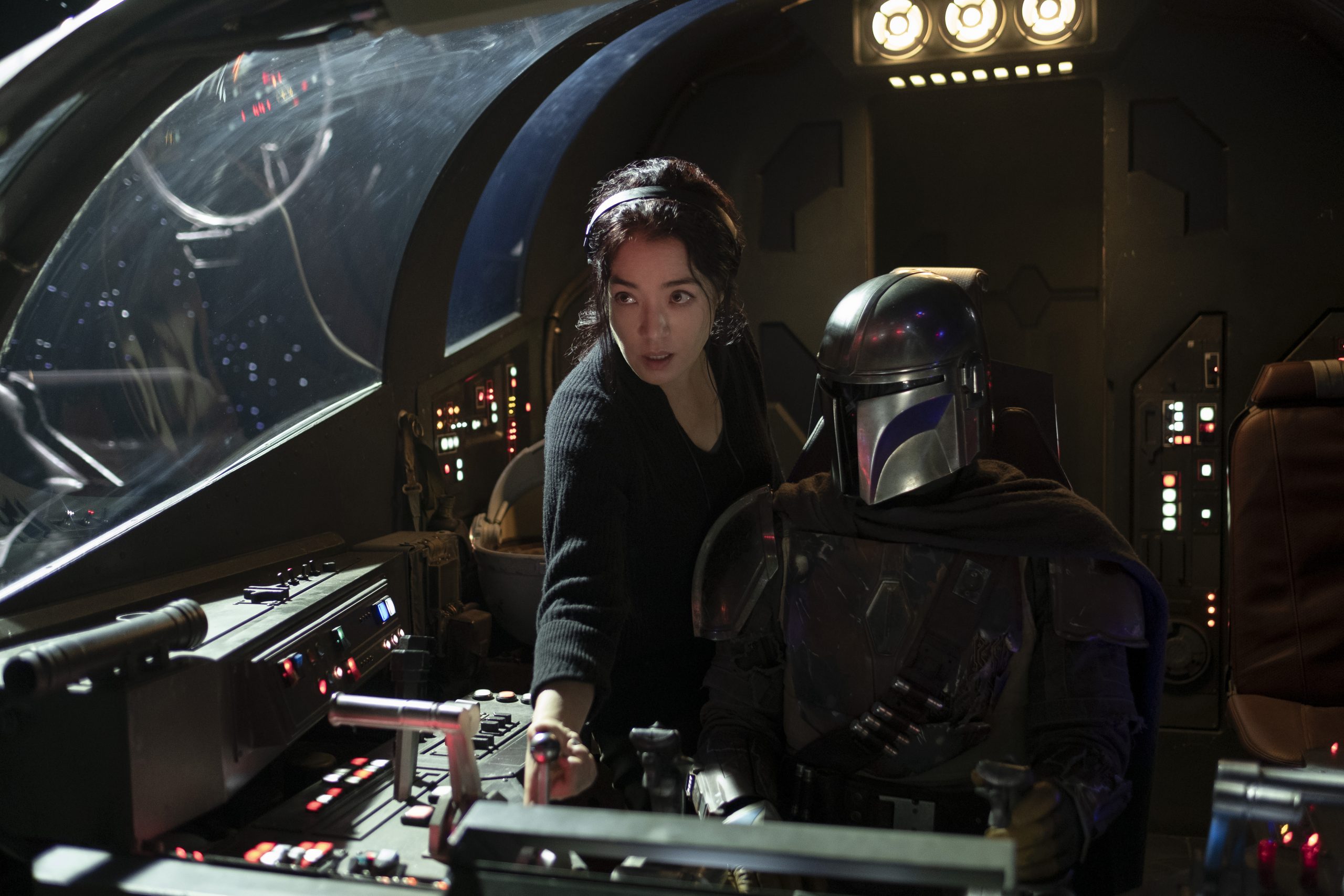 Deborah Chow and Pedro Pascal on the set of THE MANDALORIAN, exclusively on Disney+

The charge of first-degree intentional homicide was for the killing of Anthony Huber. Video presented during the case showed Kyle Rittenhouse fall to the ground as he was being pursued by a violent mob. While on the ground, Huber attacked Rittenhouse with a skateboard hitting him in the head.

After being attacked by Huber, Rittenhouse fired his rifle and killed Anthony Huber.

(Warning, Graphic/Violent)
A crowd chases a suspected shooter down in Kenosha. He trips and falls, then turns with the gun and fires several times. Shots can be heard fired elsewhere as well, corroborating reports of multiple shooters tonight #Kenosha #KenoshaRiots pic.twitter.com/qqsYWmngFW

Like Rosenbaum, Huber also has a lengthy criminal record. Heavy reports that Huber was a repeat domestic abuser.

In fact, they note “his most serious came when he was found guilty of a felony for strangulation and suffocation, domestic abuse. He was also convicted in that case of felony false imprisonment with a dangerous weapon, domestic abuse.”

The Mandalorian (Pedro Pascal) and the Child in THE MANDALORIAN, season two. © 2020 Lucasfilm Ltd. & TM. All Rights Reserved. 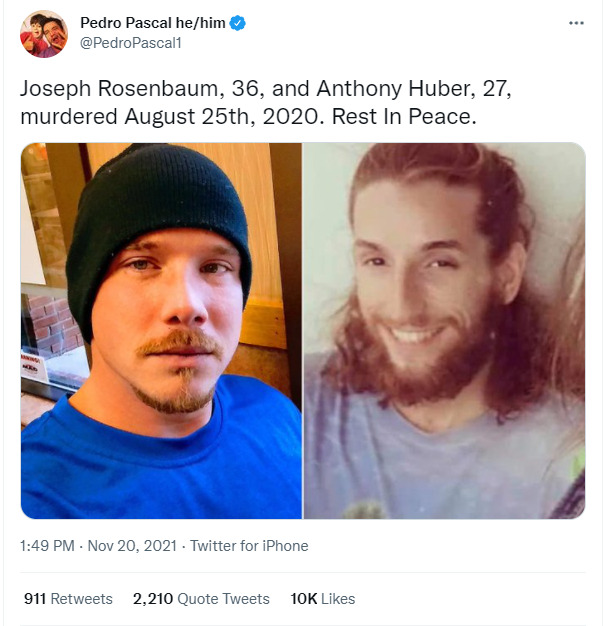 This isn’t the first time Pascal has posted something abhorrent to his social media.

Back in November 2020, Pascal shared a meme comparing supporters of Donald Trump to Nazis. 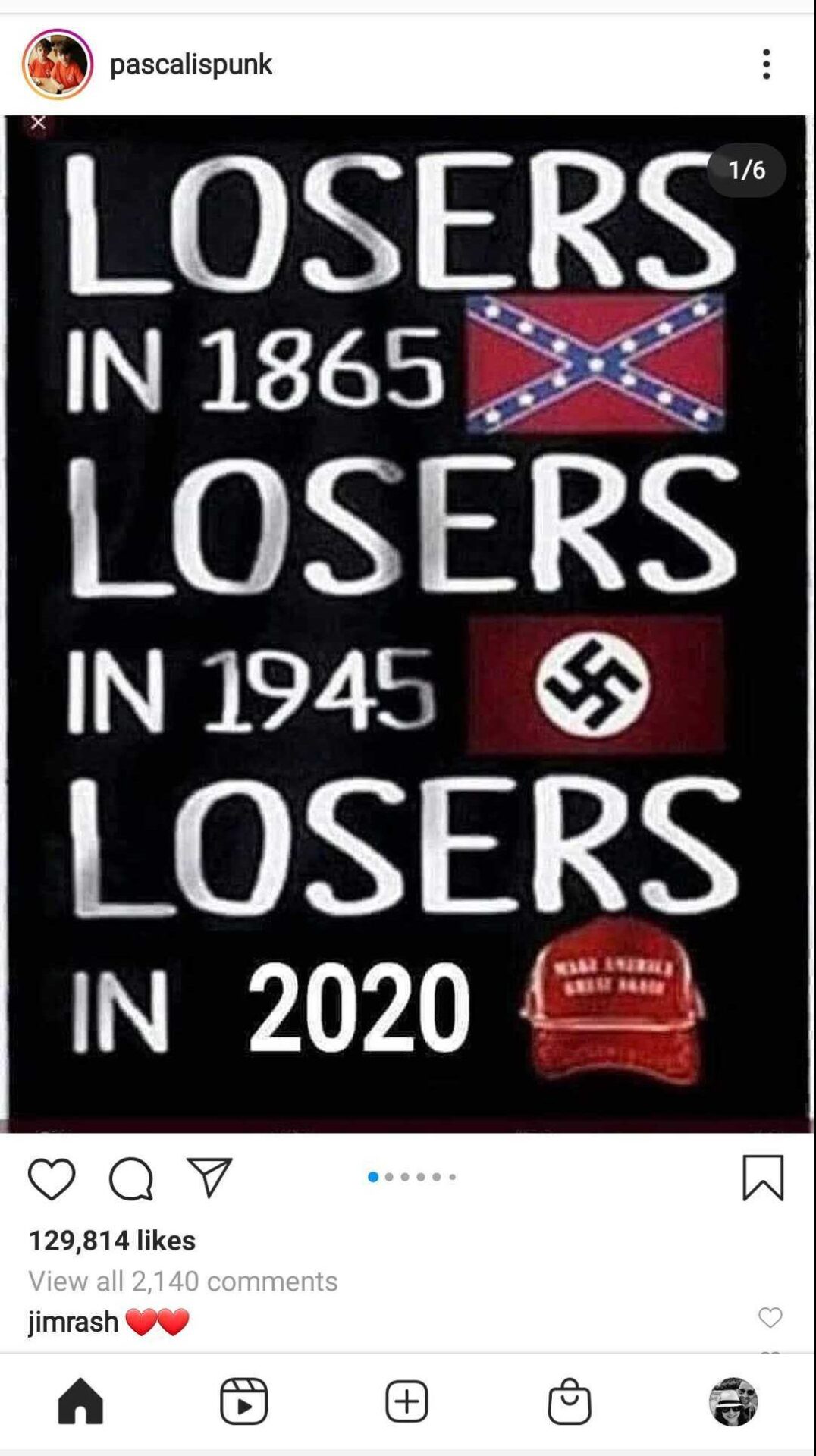 What do you make of Pascal’s comments? Do you think he just opened himself up to a civil lawsuit?