Welcome back to The Arktoons Roundup, Bounding Into Comics’ (semi-) weekly look at some of the best new webtoons that Arkhaven Comics has to offer on Arkhaven.com

This issue is rather sought after by collectors because it was the product of a collaboration by comic book legends Joe Simon and Jack Kirby, the latter of whose art style can be easily recognized in the book’s cover art.

And no, despite how the logo appears, this is not a DC comic. The first “C” in the logo was obliterated, otherwise it would reveal that this was a Charlton title. 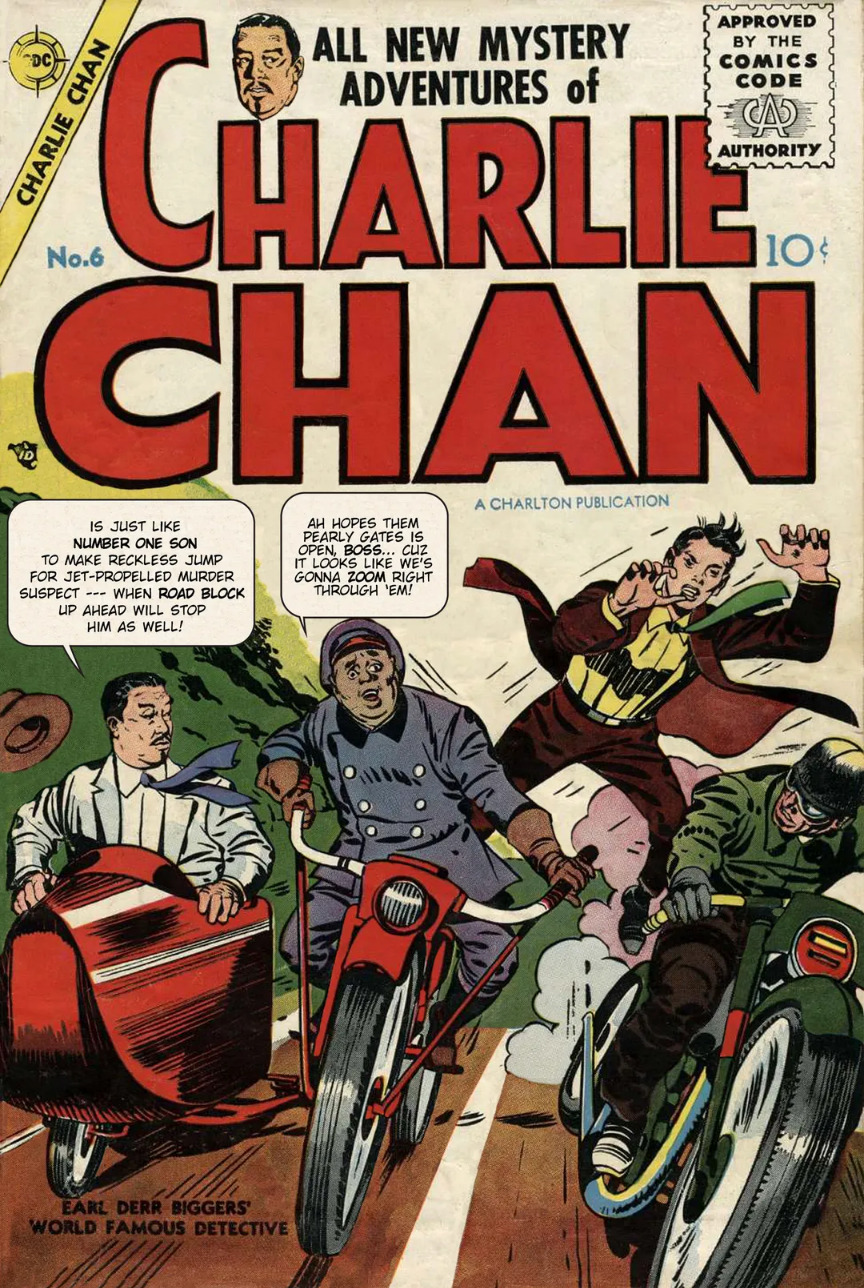 The last Charlie Chan movie hit the theaters in 1949, but he lived on in other media.

This comic book was based on a Charlie Chan radio show that was running at the time. In it, the Nazis had been out of business as bad guys for a few years, and while Charlie’s bread and butter remained murderers with overcomplicated business plans, he also started finding time to take on a new enemy: Dirty Rat Commies. 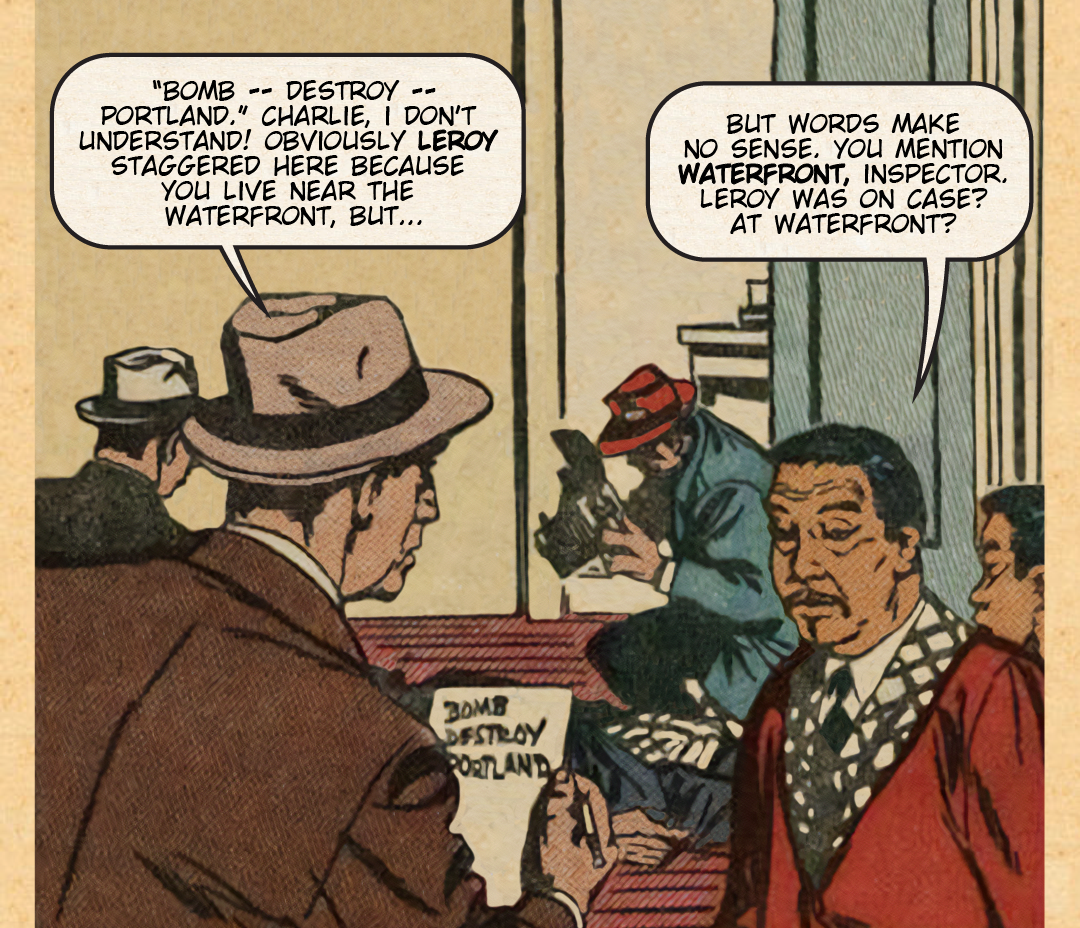 Comic book writing is drastically different from most fiction. Considering how most human communication is non-verbal, learning to write dialog in a purely text driven media is different from writing everyday speech because, as the old saying goes, “90% of what you tell someone, doesn’t come out of your mouth.”

Thus, a comic book writer is dependent on his artist to do half of the work.

For example, in this panel, Jack Kirby has Charlie Chan’s face communicating, “Dude, this woman is practically wearing sign saying, ‘I’m trouble, what happens to you next is your fault.’ Don’t mess with her.”

It says a lot about Chan’s character that China’s direct involvement in the Korean War did absolutely nothing to effect his popularity. The great detective soldiered on for most of the 20th century, starring in a TV show in the late 1950s, an abortive TV reboot in 1973 starring… Ross Martin? (Sure, why not?), and finally, an equally terrible comedy in 1981 with Peter Ustinov in the title role.

After that, the name ‘Charlie Chan’ was viewed as too much of an embarrassing ethnic slur to continue using the character, regardless of how groundbreaking and progressive he had been in the 1920s. Sadly, he was not the last hero to be discarded for all the wrong reasons. 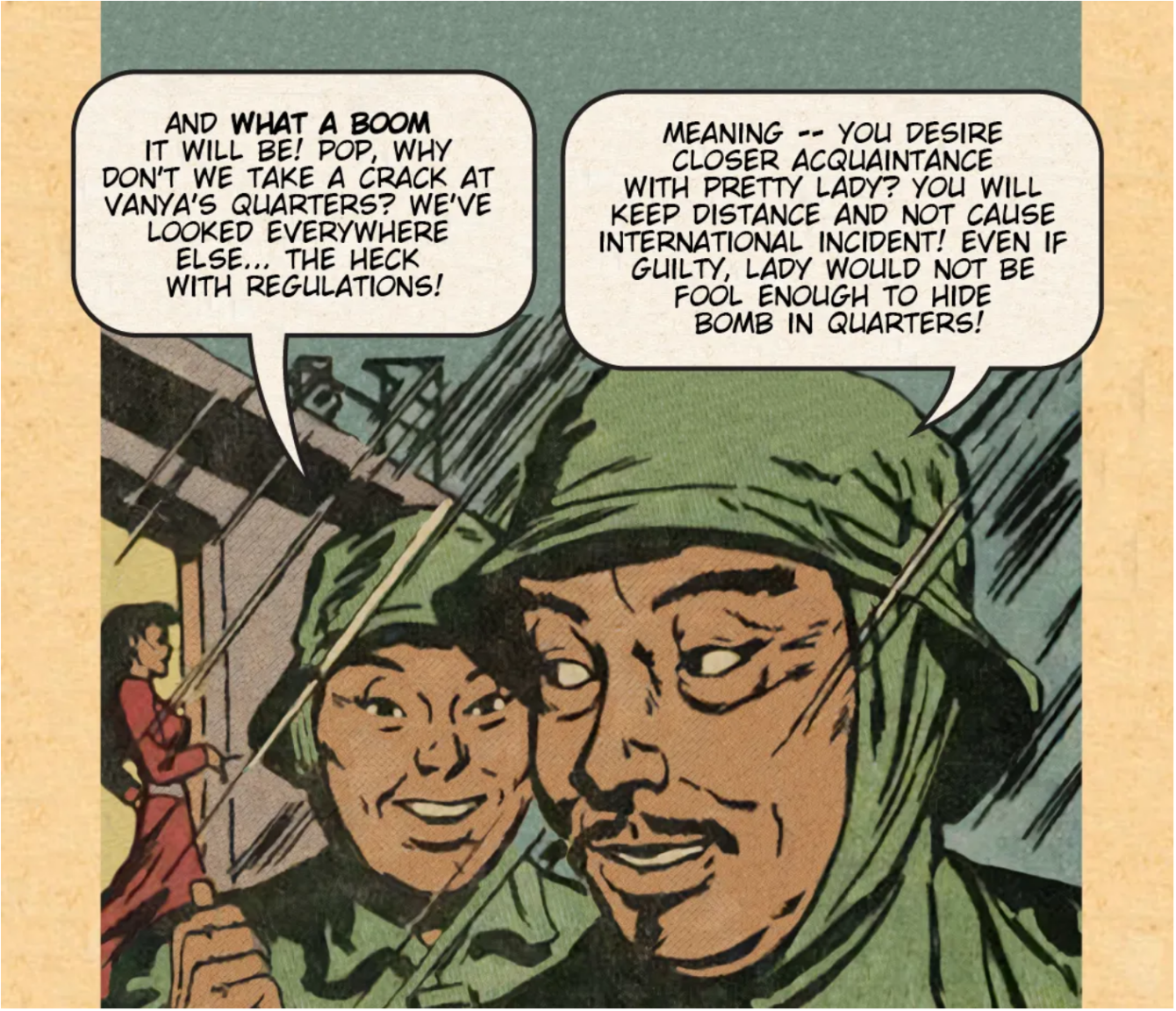 A Throne of Bones takes an intriguing shift in viewpoint starting in episode #21. Up until this point, we have only seen things from the Romans’ point of view, but now we get to see how goblins look at their world. 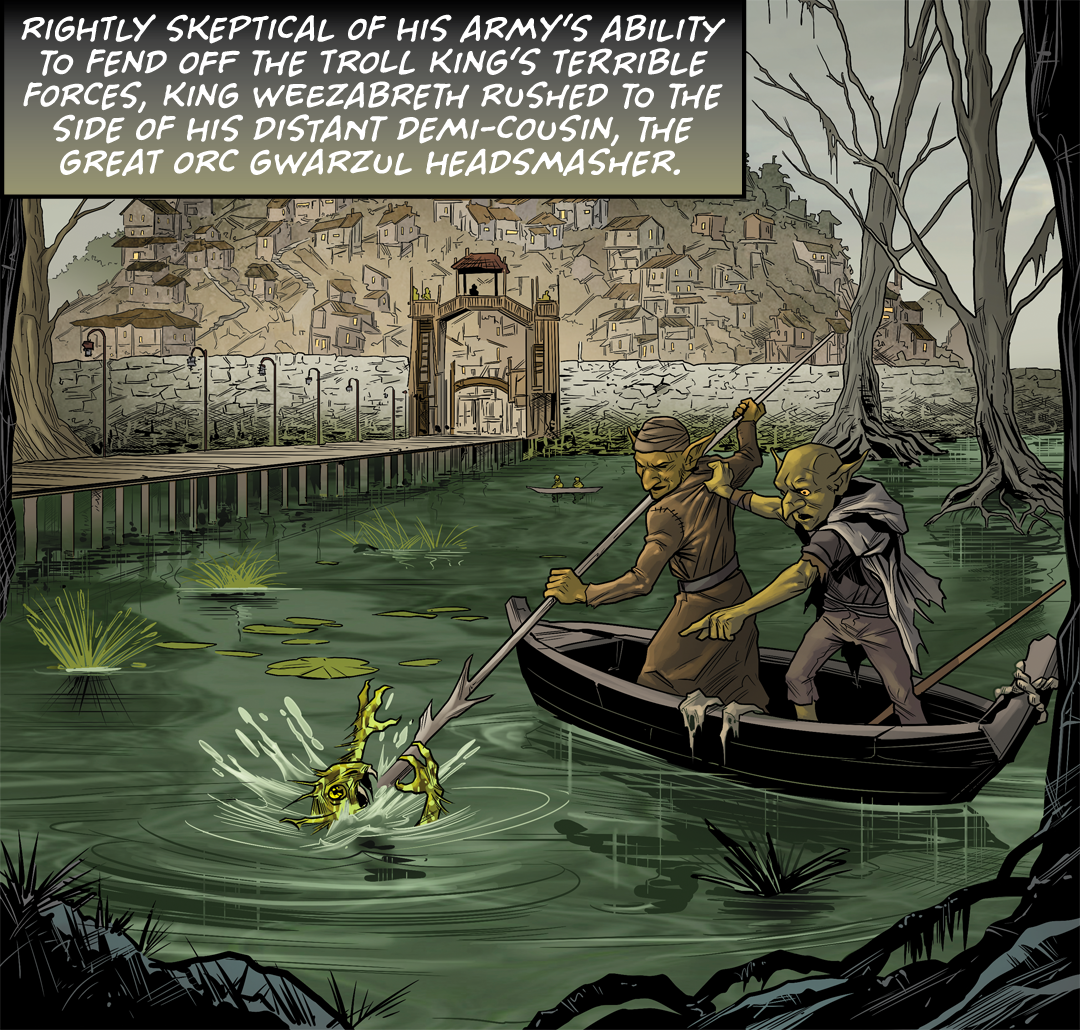 In role playing games, even a newly minted first level character typically has no trouble bullying them as a cheap source of XP on the way to second level. 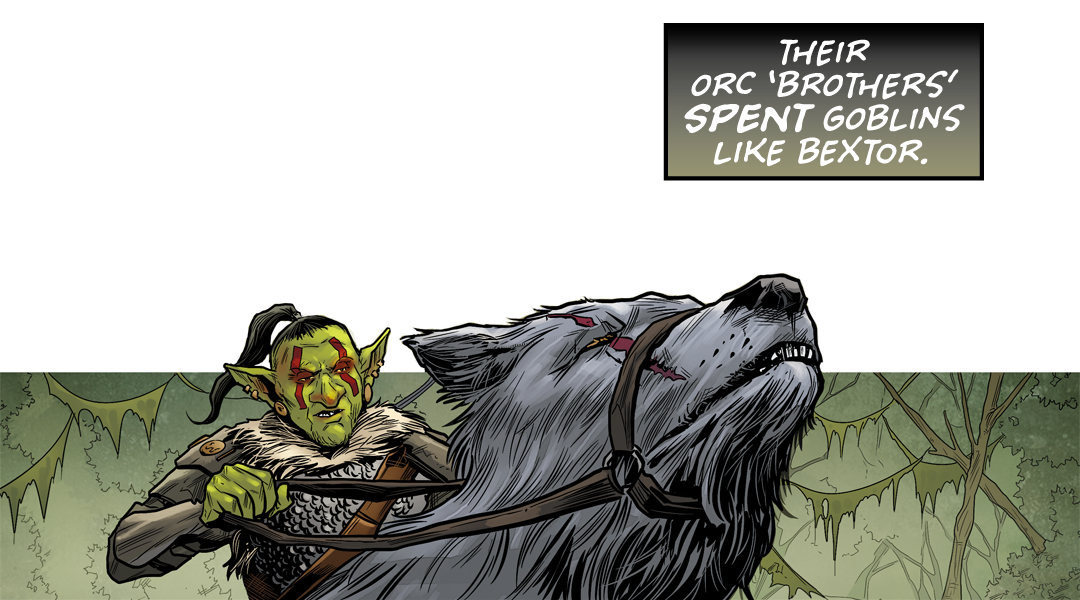 But here, author Vox Day’s take on the species fleshes them out, giving them names, layered personalities, and lives that feel lived in.

These goblins are still at the bottom of the pecking order, but they have their own concerns to take care of, duties to perform and homes to protect.

However, these goblins aren’t so badly off that they can’t show a little compassion to those that are lower on the ladder than they are. 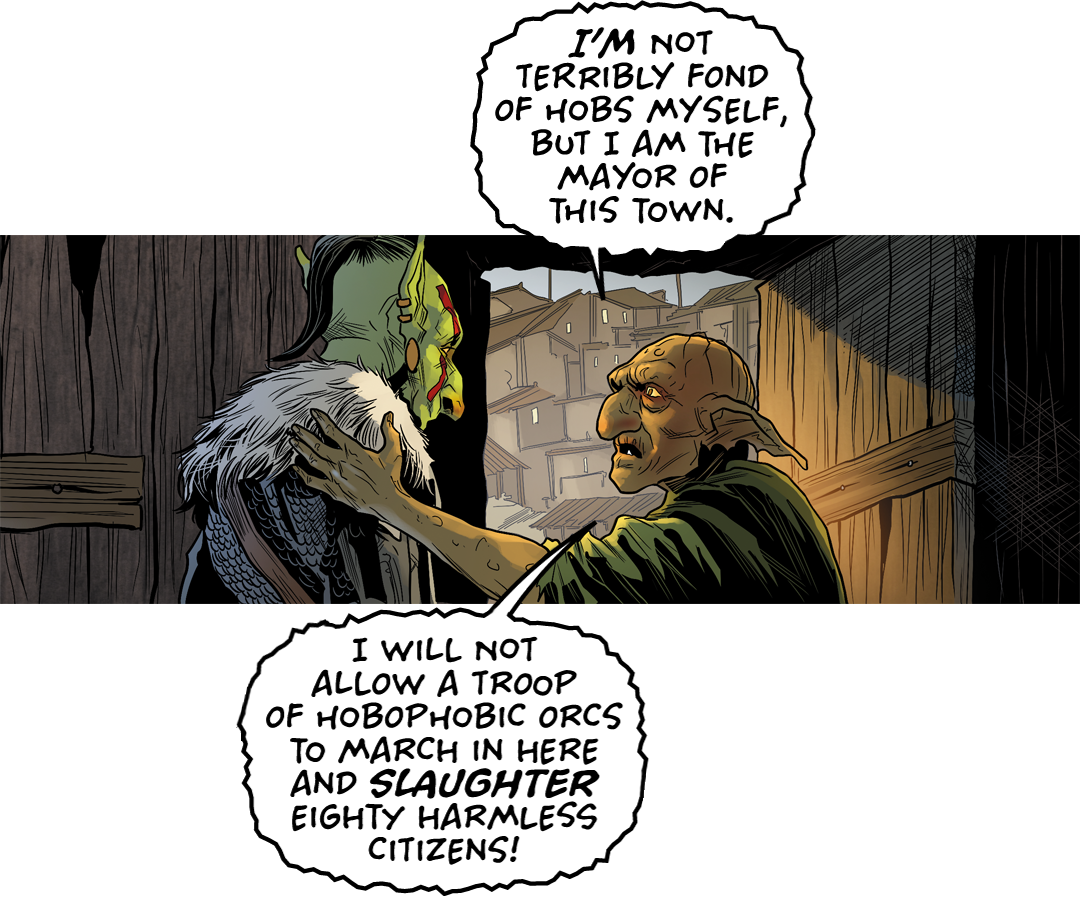 By the way, never use the word “hobbit” in fiction. The Tolkien Estate takes a dim view of it. 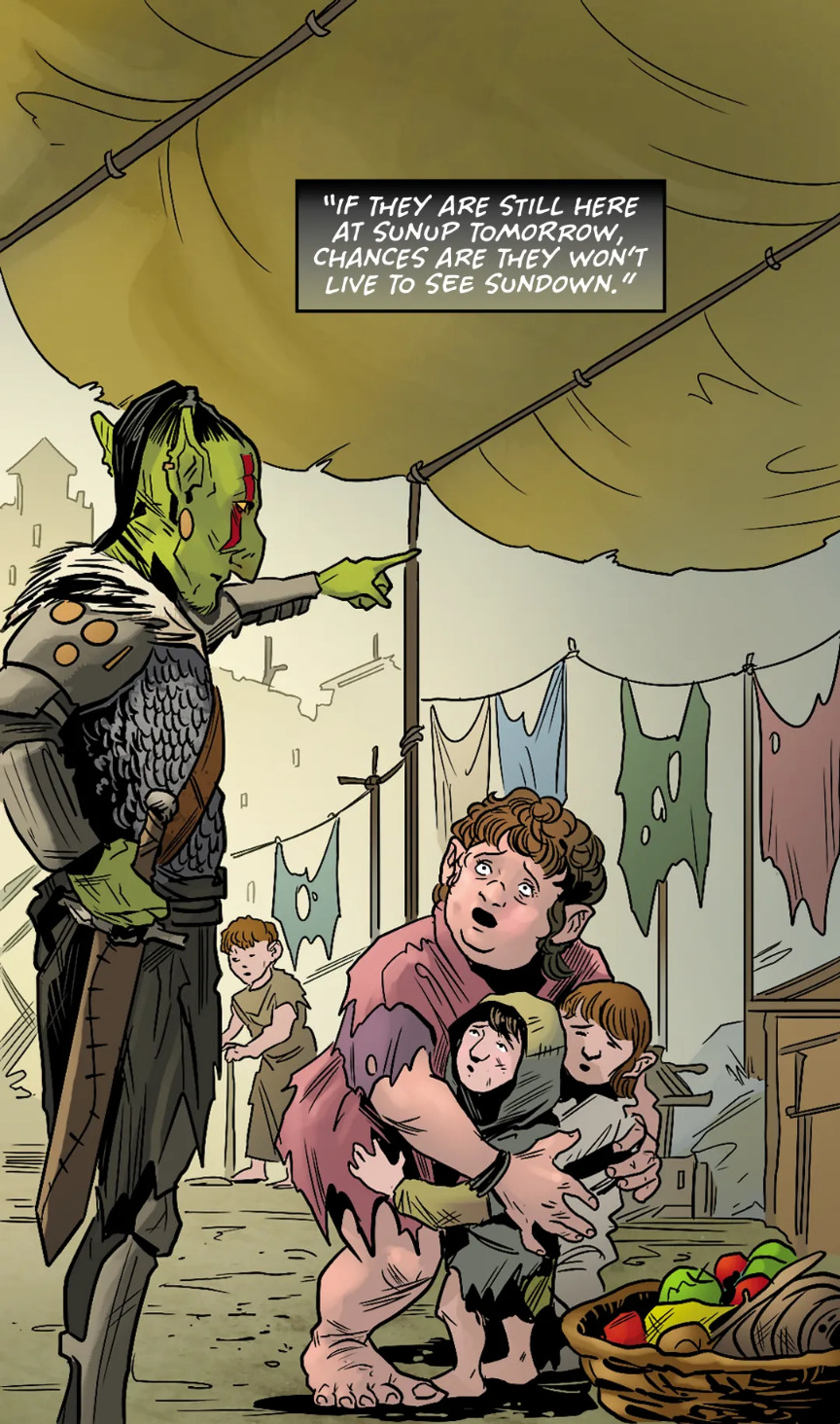 We haven’t checked in on the assassin princess Allissabetta for a while, so it’s about time to catch up with her and see how she is settling in at the’ assassins’ Hogwarts’ known as Silenziosa. 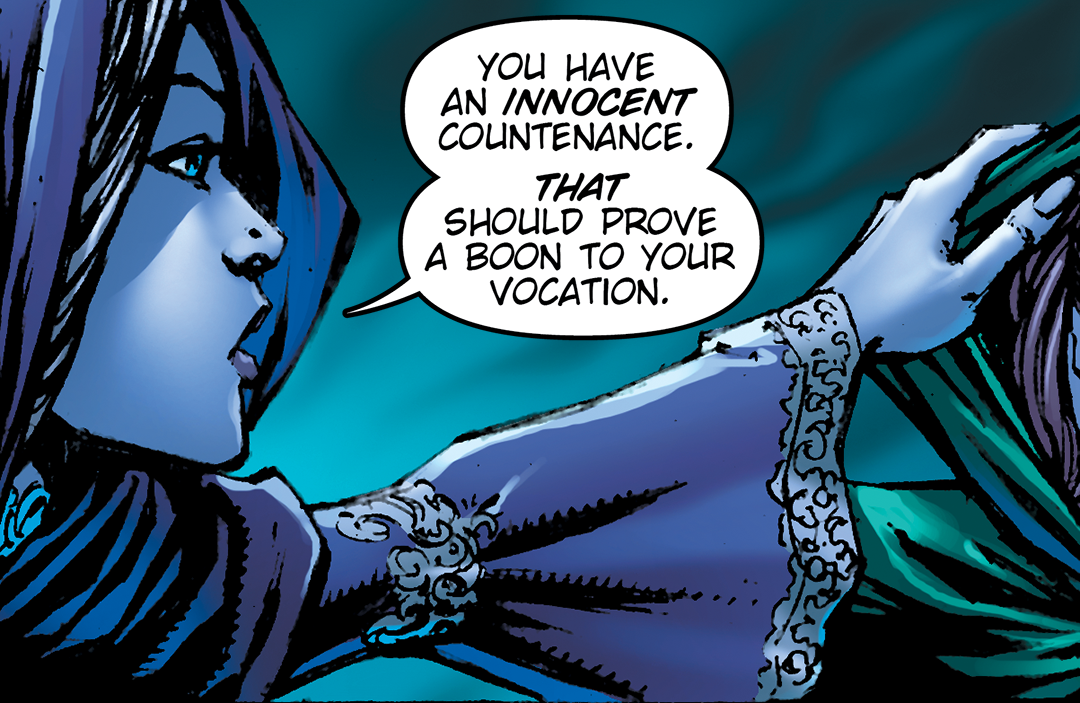 Entering a boarding school for the first time comes with some unique challenges.

The first hurdle is the usual bout home sickness. Most of us have been there. 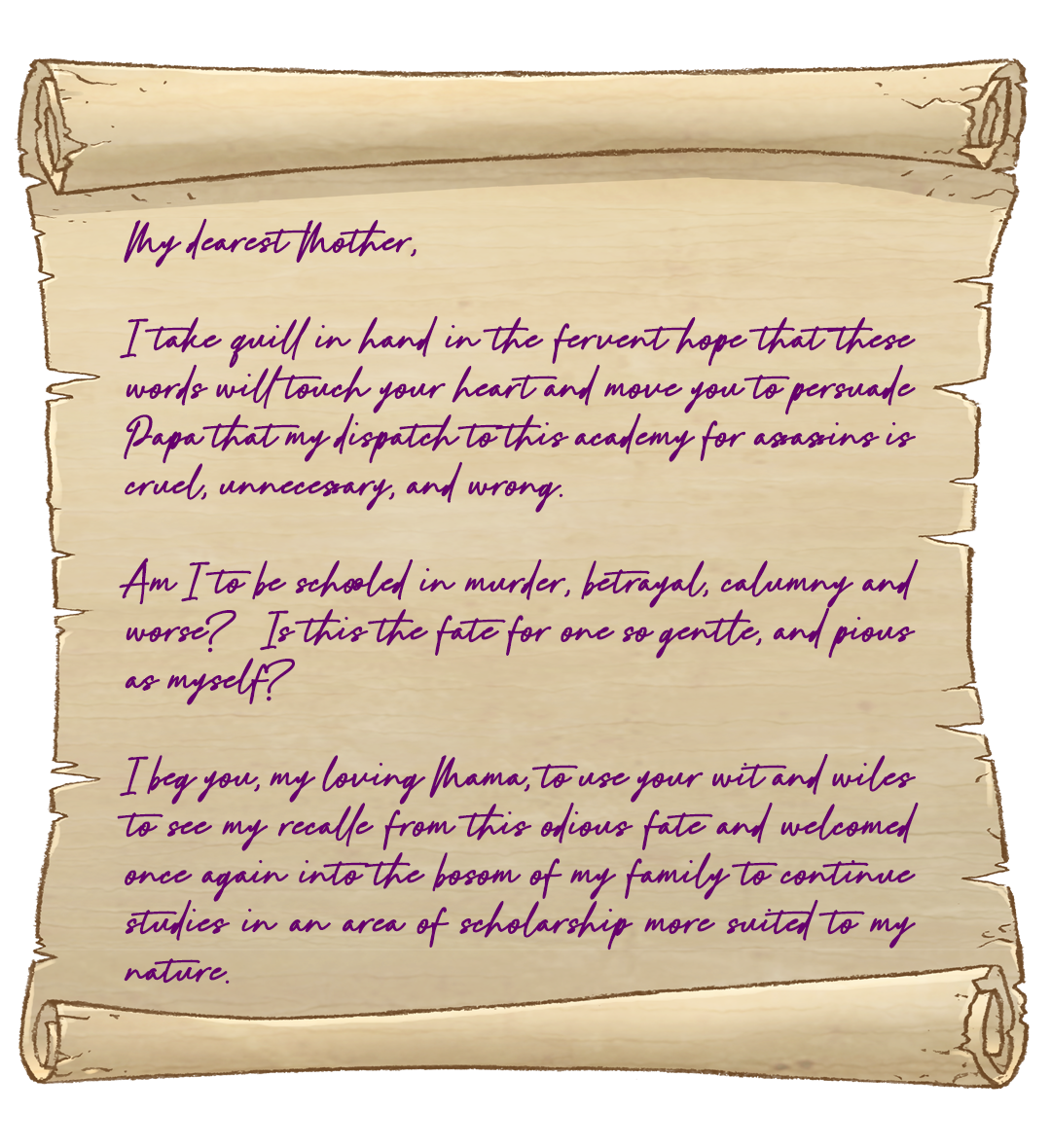 However, it passes quickly. After that, you get to make new friends and share your likes and interests with your new peers.

Assuming you survive, of course.

See you next time!