Effectively signalling surrender in the fight against the epidemic of malicious hacks and DDOS attacks which have left the game unplayable in recent months, Respawn Entertainment has announced that they will be moving to discontinue both physical and digital sales of the original Titanfall. 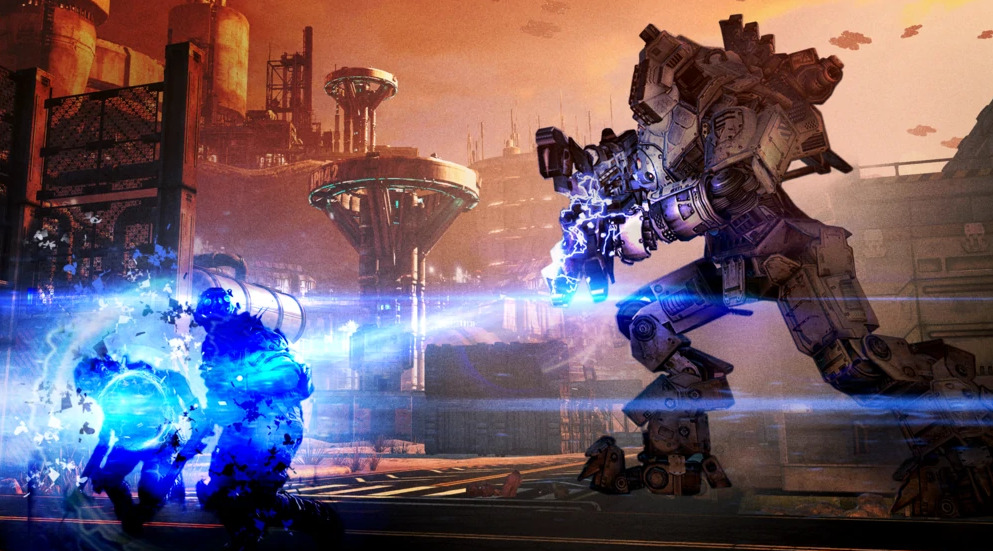 In a statement shared to their official Twitter account on December 1st, Respawn revealed that though “Titanfall is part of our DNA,”  the studio had “made the decision to discontinue new sales of the original Titanfall game starting today,” and planned to remove the game “from subscription services on March 1, 2022.” 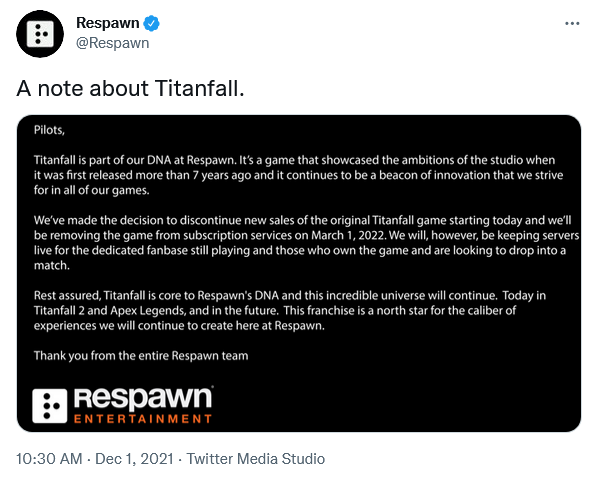 Respawn then stated that this delisting would not mean fans of the first game in the Titanfall series would be left completely high and dry, adding, “We will, however, be keeping servers live for the dedicated fanbase still playing and those who own the game and are looking to drop into a match.”

“Rest assured, Titanfall is core to Respawn’s DNA and this incredible universe will continue. Today in Titanfall 2 and Apex Legends, and in the future,” they assured players in conclusion to their statement. “This franchise is a north star for the caliber of experiences we will continue to create here at Respawn.” 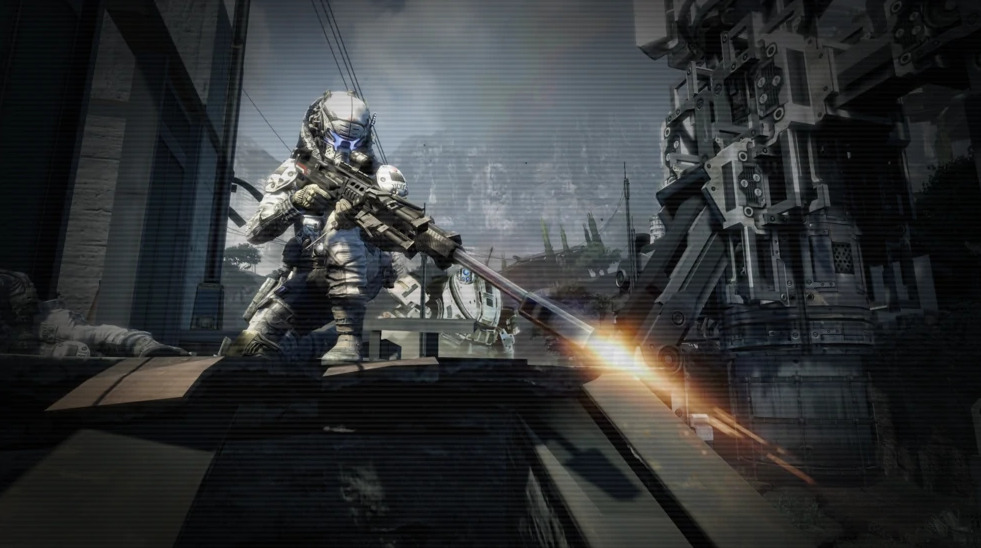 As noted above, the discontinuation of Titanfall comes after hackers spent the last few years rendering the game absolutely unplayable.

Aside from the aforementioned DDOS attacks employed by hackers to overwhelm the game’s infrastructure, Titanfall’s more unsavory elements would also make frequent use of bot request tools – which, when used, would see bots constantly connect to the game’s servers and fill up available lobbies, thus preventing genuine players from joining matches. 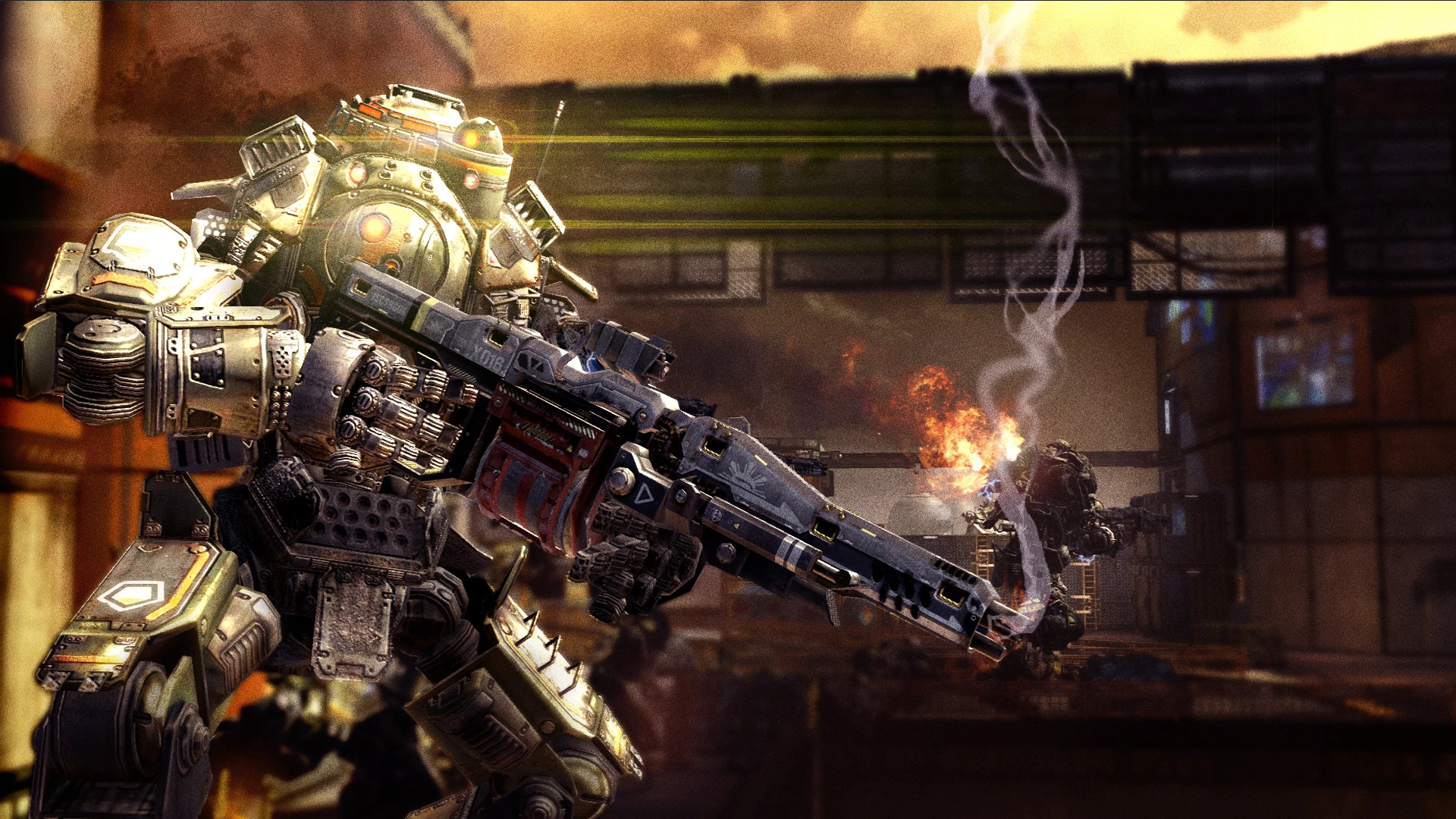 While then-communications director for Respawn Ryan K. Rigney promised in July of this year that the studio “WILL solve this,” it seems they have instead opted to near-completely shelve the problem all together.

Further, this lack of follow-through on protecting the game’s integrity means that, though Respawn has promised to keep up its servers, they’ll still suffer from the same problems – though now with less-dedicated service from the studio itself. 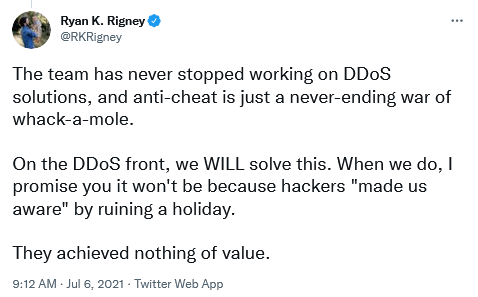 What do you make of Titanfall’s delisting? Let us know your thoughts on social media or in the comments down below!