Legendary comic book creator George Pérez, known for both his writing and artwork on series such as The New Teen Titans, The Avengers, Wonder Woman, and Crisis on Infinite Earths, revealed to his fans and followers that he has Stage 3 Pancreatic Cancer.

Pérez posted to his personal Facebook account a letter to his fans, friends, and family informing them of the diagnosis.

The letter begins, “It’s rather hard to believe that it’s been almost three years since I formally announced my retirement from producing comics due to my failing vision and other infirmities brought on primarily by my diabetes.”

“At the time I was flattered and humbled by the number of tributes and testimonials given me by my fans and peers. The kind words spoken on those occasions were so heartwarming that I used to quip that ‘the only thing missing from those events was me lying in a box.’ It was amusing at the time, I thought,” Pérez wrote. 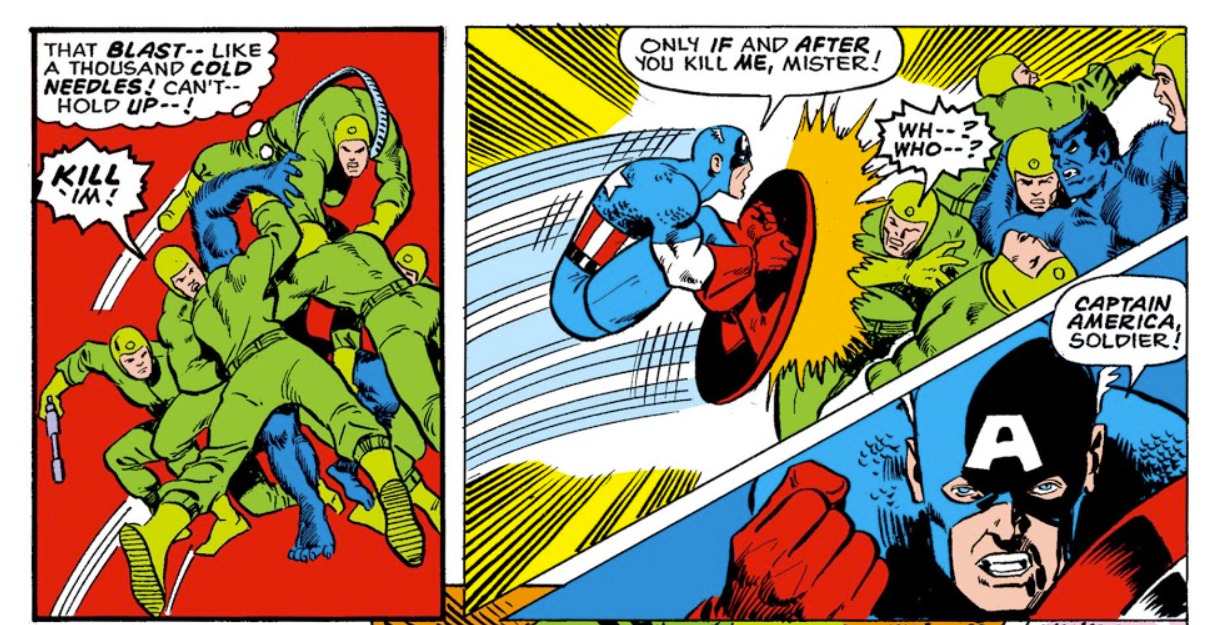 The legendary creator then revealed his diagnosis writing, “Now, not so much. On November 29th I received confirmation that, after undergoing surgery for a blockage in my liver, I have Stage 3 Pancreatic Cancer. It is surgically inoperable and my estimated life expectancy is between 6 months to a year.”

He continued, “I have been given the option of chemotherapy and/or radiation therapy, but after weighing all the variables and assessing just how much of my remaining days would be eaten up by doctor visits, treatments, hospital stays and dealing with the often stressful and frustrating bureaucracy of the medical system, I’ve opted to just let nature take its course and I will enjoy whatever time I have left as fully as possible with my beautiful wife of over 40 years, my family, friends and my fans.”

“Since I received my diagnosis and prognosis, those in my inner circle have given me so much love, support and help, both practical and emotional. They’ve given me peace,” he declared. 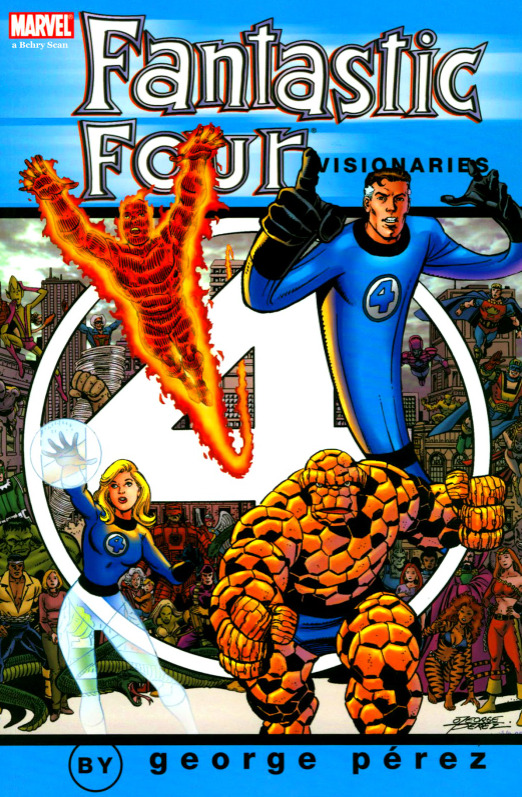 Turning his attention to business matters, Pérez wrote, “There will be some business matters to take care of before I go. I am already arranging with my art agent to refund the money paid for sketches that I can no longer finish. And, since, despite only having one working eye, I can still sign my name, I hope to coordinate one last mass book signing to help make my passing a bit easier.”

He continued, “I also hope that I will be able to make one last public appearance wherein I can be photographed with as many of my fans as possible, with the proviso that I get to hug each and every one of them. I just want to be able to say goodbye with smiles as well as tears.” 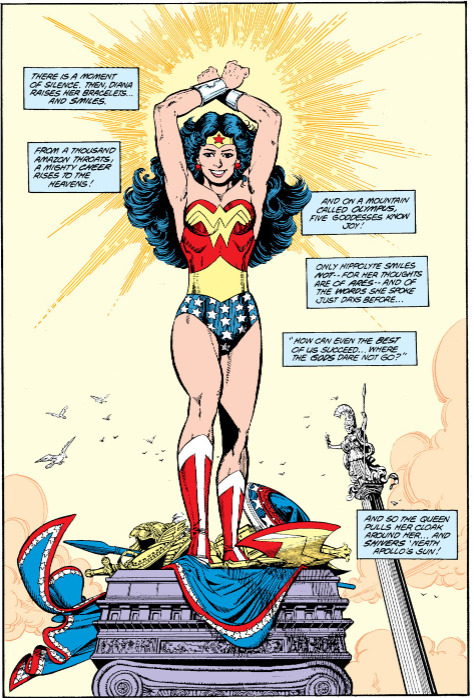 Pérez then revealed he would be returning to social media on the Facebook page where the letter was posted, “I know that many of you will have questions to ask or comments to make, and rather than fueling the fires of speculation and well-meaning but potentially harmful miscommunication, I will be returning to the arena of social media by starting a new Facebook account where fans and friends can communicate with me or my designated rep directly for updates and clarification.”

He further explained, “For media and press inquiries, please use the contact information on the page as well. Please respect the privacy of my wife and family at this time and use the Facebook page rather than reaching out through other channels.”

“I may not be able to respond as quickly as I would like since I will be endeavoring to get as much outside pleasure as I can in the time allotted me, but I will do my best. Kind words would also be greatly appreciated. More details to follow once it’s up and running,” he added. 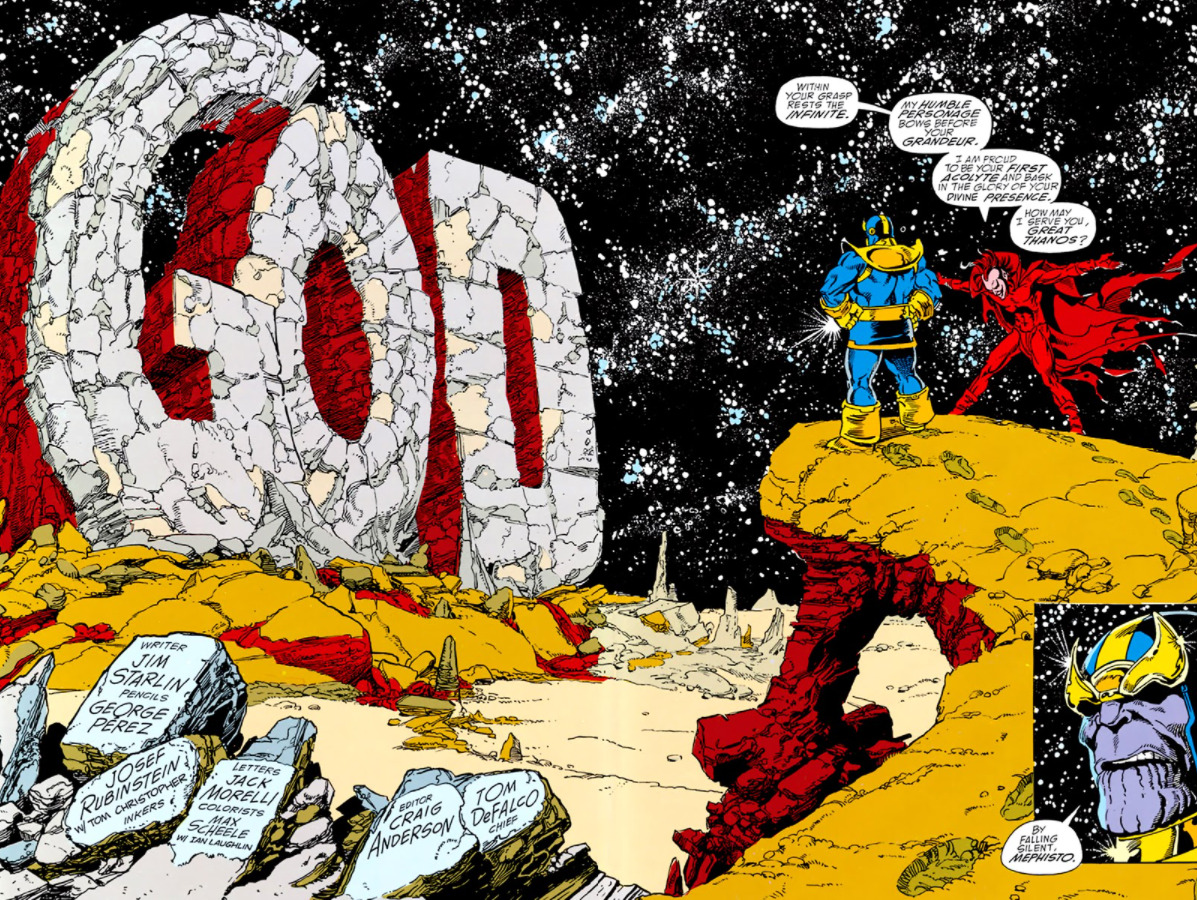 Pérez began to close out the letter, “Well, that’s it for now. This is not a message I enjoyed writing, especially during the Holiday Season, but, oddly enough, I’m feeling the Christmas spirit more now than I have in many years. Maybe it’s because it will likely be my last.”

“Or maybe because I am enveloped in the loving arms of so many who love me as much as I love them. It’s quite uplifting to be told that you’ve led a good life, that you’ve brought joy to so many lives and that you’ll be leaving this world a better place because you were part of it,” he wrote.

Pérez concluded, “To paraphrase Lou Gehrig: ‘Some people may think I got a bad break, but today, I feel like the luckiest man on the face of the Earth.'”

Pérez’s first professional work was in Marvel Comics’ Astonishing Tales #25 back in August 1974, where he penciled a two-page satire of Deathlok. He would go on to create White Tiger alongside Bill Mantlo at Marvel.

He eventually began work on The Avengers with The Avengers #141 and would collaborate with Roy Thomas and Len Wein on the Fantastic Four as well. He also created Taskmaster alongside writer David Michelinie as part of his run on The Avengers. 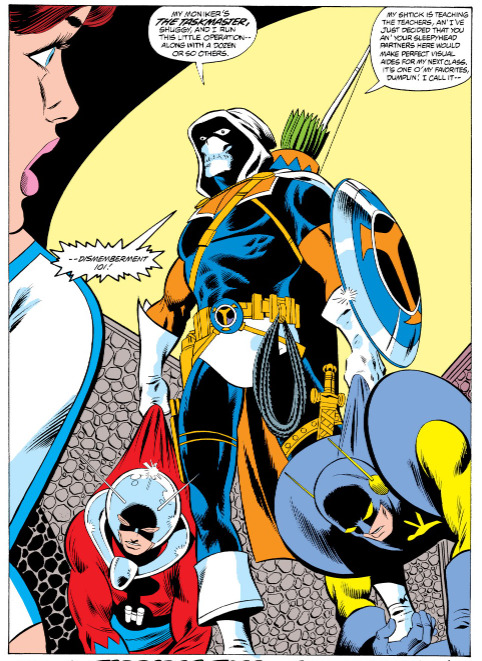 Pérez would eventually leave Marvel for DC Comics where he teamed up with Marv Wolfman for The New Teen Titans as well as doing the art on Justice League of America. 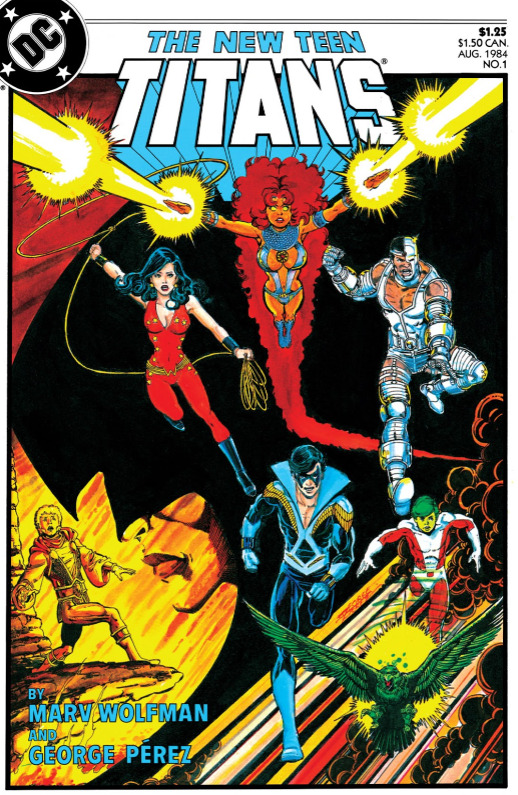 However, due to his workload at the time, he was unable to finish the entire story and he was replaced by Ron Lim.

Pérez did ink the remainder of Lim’s cover art for the miniseries. 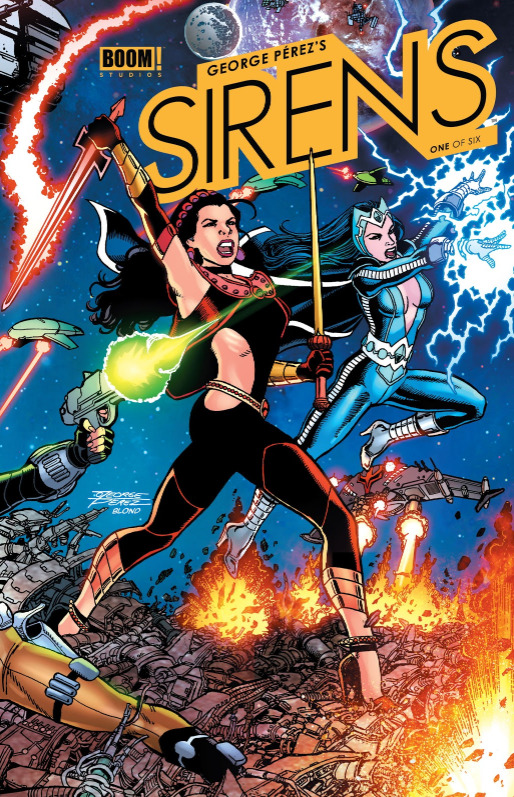 More recently Pérez completed his six-issue miniseries titled George Pérez’s Sirens at BOOM! Studios that followed a group of women known as the Sirens as they attempted to combat an intergalactic force that was enslaving planets across the galaxy.

Pérez retired from comic books in January 2019 noting in a Facebook post, “With respect to future published work in comics and such … while I know it’s been no secret that I’ve been dealing with a myriad number of health issues (diabetes, heart ailments, vision issues, etc.), they have indeed have forced me to, for all intents and purposes, formally retire from the business of creating new comic stories.”