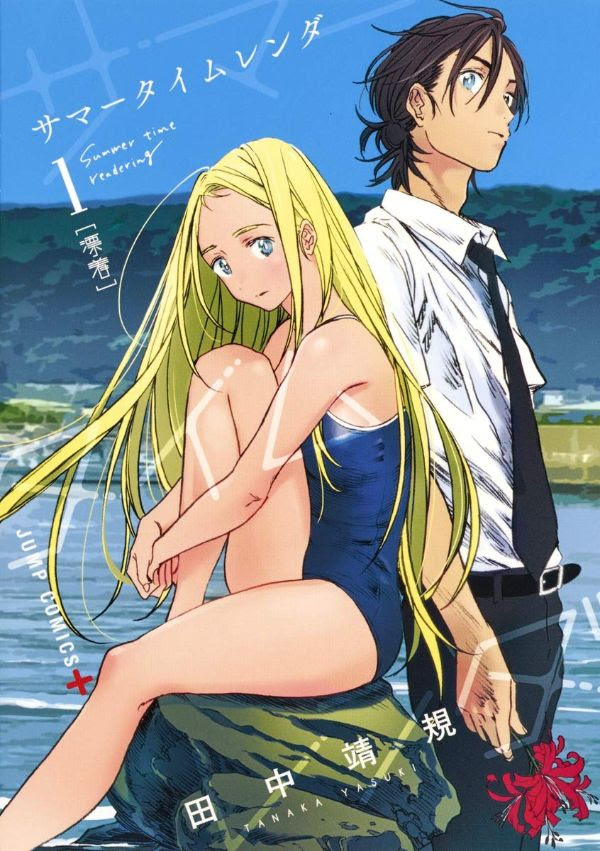 If you are unfamiliar with Summer Time Rendering the story’s official description reads, “A tragic incident calls a young man named Shinpei back to his hometown on the remote island of Higotoshima, Japan.”

It continues, “But something sinister awaits upon his return, and a chilling sequence of events unfolds that will have dire consequences for Shinpei, for Japan, and for the entire world!”

Summer Time Rendering was originally published digitally on Shueisha’s digital magazine Shonen Jump+ as well as on Shueisha’s Manga Plus.

In a press release, UDON revealed their new print edition “will utilize a new English-language translation and new lettering.” 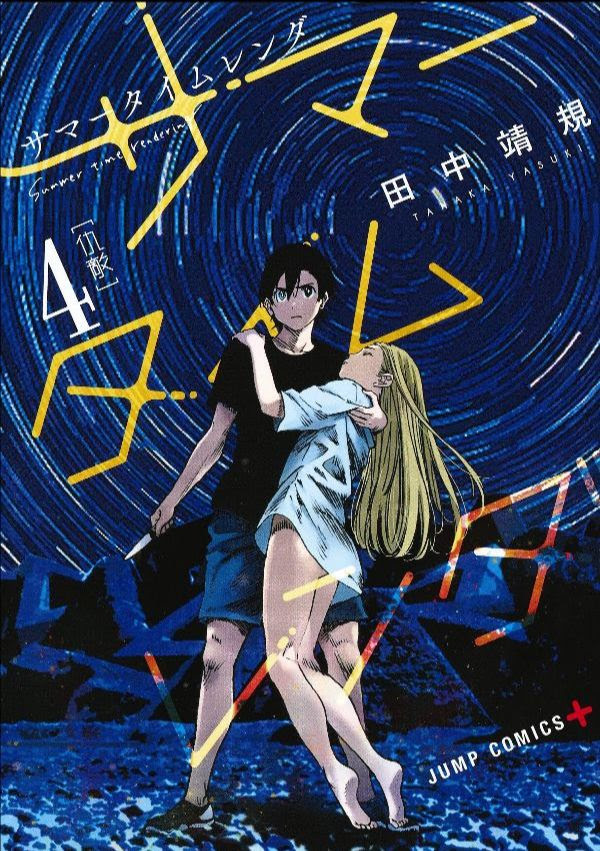 As noted by UDON Entertainment Chief of Operations Erik Ko this is the first collaboration between UDON and Shonen Jump.

Ko stated, “This will be the first Shonen Jump manga that UDON has published. I am very excited to work with Shueisha on this collaboration.”

He added, “Summer Time Rendering is one of the most engaging manga I have ever read, and I am honored to have the opportunity to bring this amazing story by Tanaka-sensei to English audiences!” 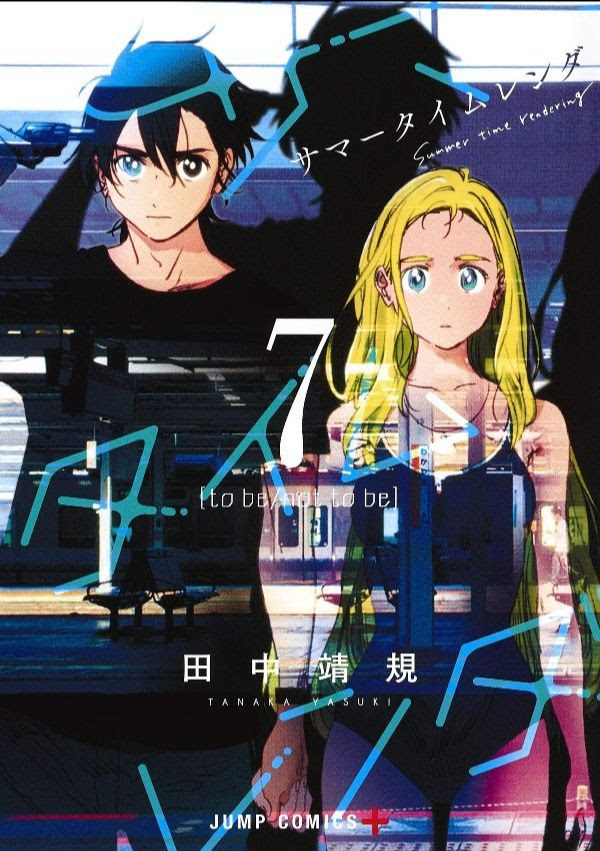 UDON Entertainment’s Matt Director of Publishing Matt Moylan shared his excitement for the project on Twitter writing, “Just announced that UDON will be publishing the manga Summer Time Rendering. This is a time-loop/mystery manga that should appeal to fans of say, Steins;Gate.”

He also added, “There’s an anime adaptation coming in 2022 that’ll be streaming worldwide on Disney+.” 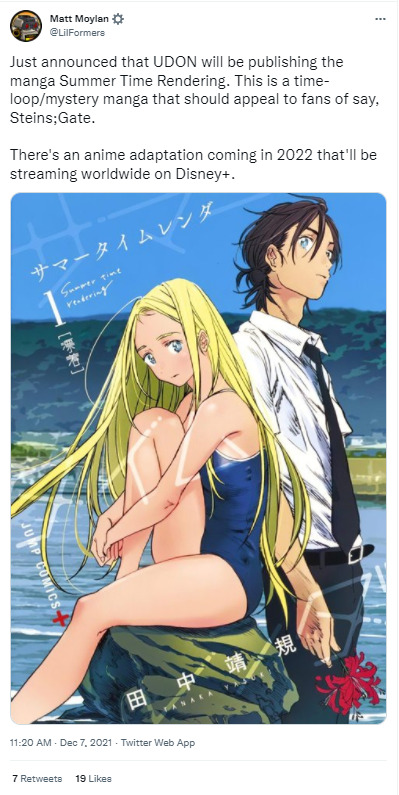 Back in October, Disney+ announced that an anime adaptation of Summer  Time Rendering would be arriving on Disney+ specifically in their Asia-Pacific Region.

Disney+ stated, “Summer Time Rendering is a Japanese animation based on one of the top manga titles with a cumulative total of over 130 million page views on the Japanese web manga app Shonen Jump +.”

The new English-language translation of Summer Time Rendering will begin publishing in 2022.

Do you plan on checking out this new English-language translation of Summer Time Rendering from UDON Entertainment?