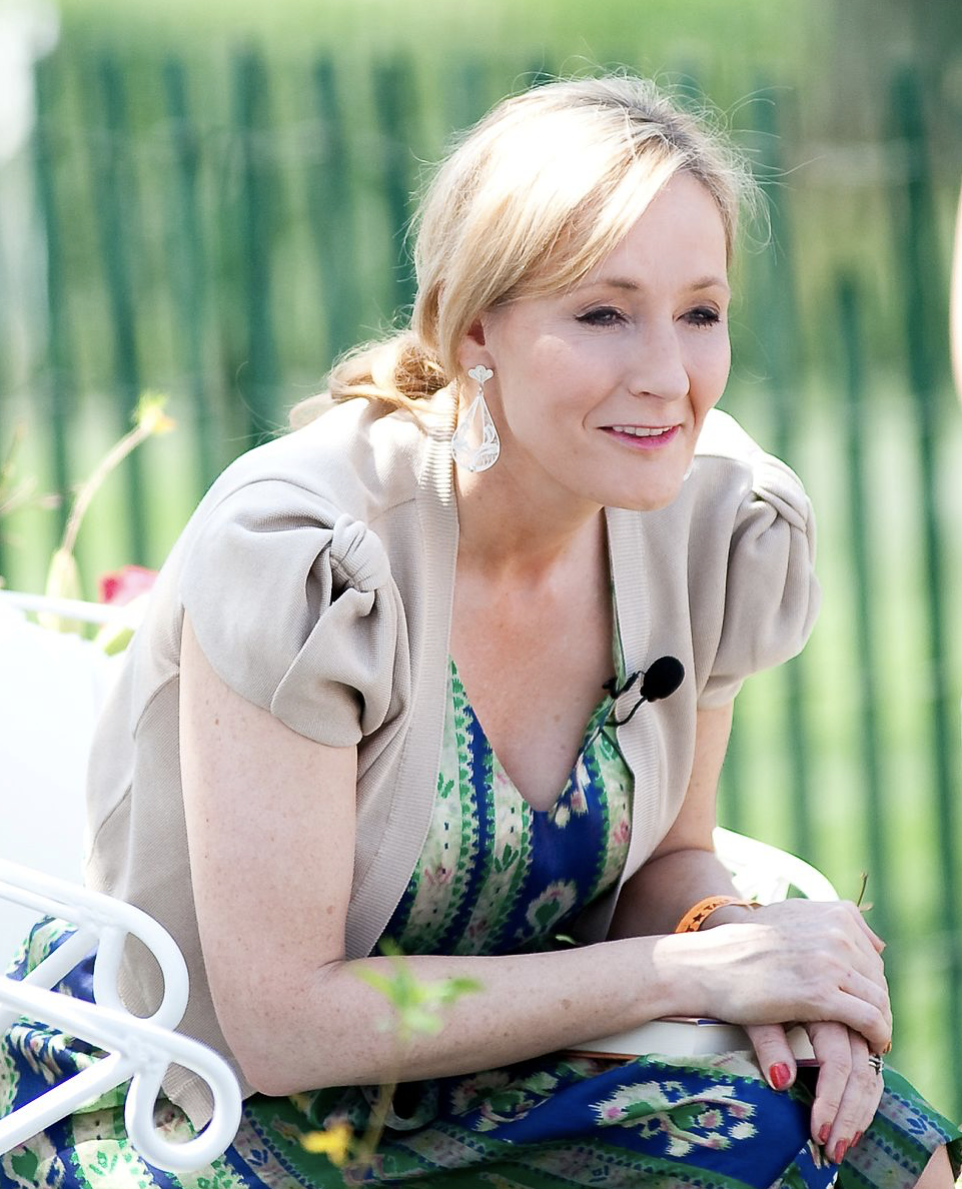 Rowling took to Twitter, where she reacted to an article from The Sunday Times headlined “‘Absurdity of police logging rapists as women.’

In the article, John Boothman writes, “Police Scotland said that they would log rapes as being carried out by a woman if the accused person insists, even if they have not legally changed gender.” 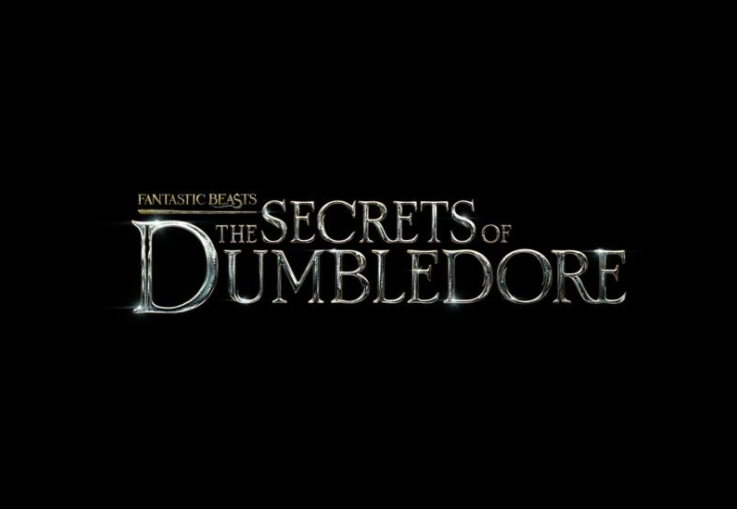 The article goes on to cite an exclusive from The Scottish Sun that details, “Assistant Chief Constable Gary Ritchie set out a number of scenarios where a rapist could be recorded as a woman — including ‘where a person, born male but who identifies as a female and does not have a full gender recognition certificate and then commits rape’.”

It goes on to quote Detective Superintendent Fil Capaldi, who said, “The gender identification of individuals will be based on how they present or self-declare, which is consistent with the organisation’s values.”

Source: Harry Potter and the Goblet of Fire

As noted by The Sunday Times, rape as defined in The Sexual Offences (Scotland) Act 2009 states, “If a person (‘A’), with A’s penis—(a) without another person (‘B’) consenting and (b) without any reasonable belief that B consents, penetrates to any extent,  either intending to do so or reckless as to whether there is penetration, the vagina, anus or mouth of B then A commits an offence, to be known as the offence of rape. 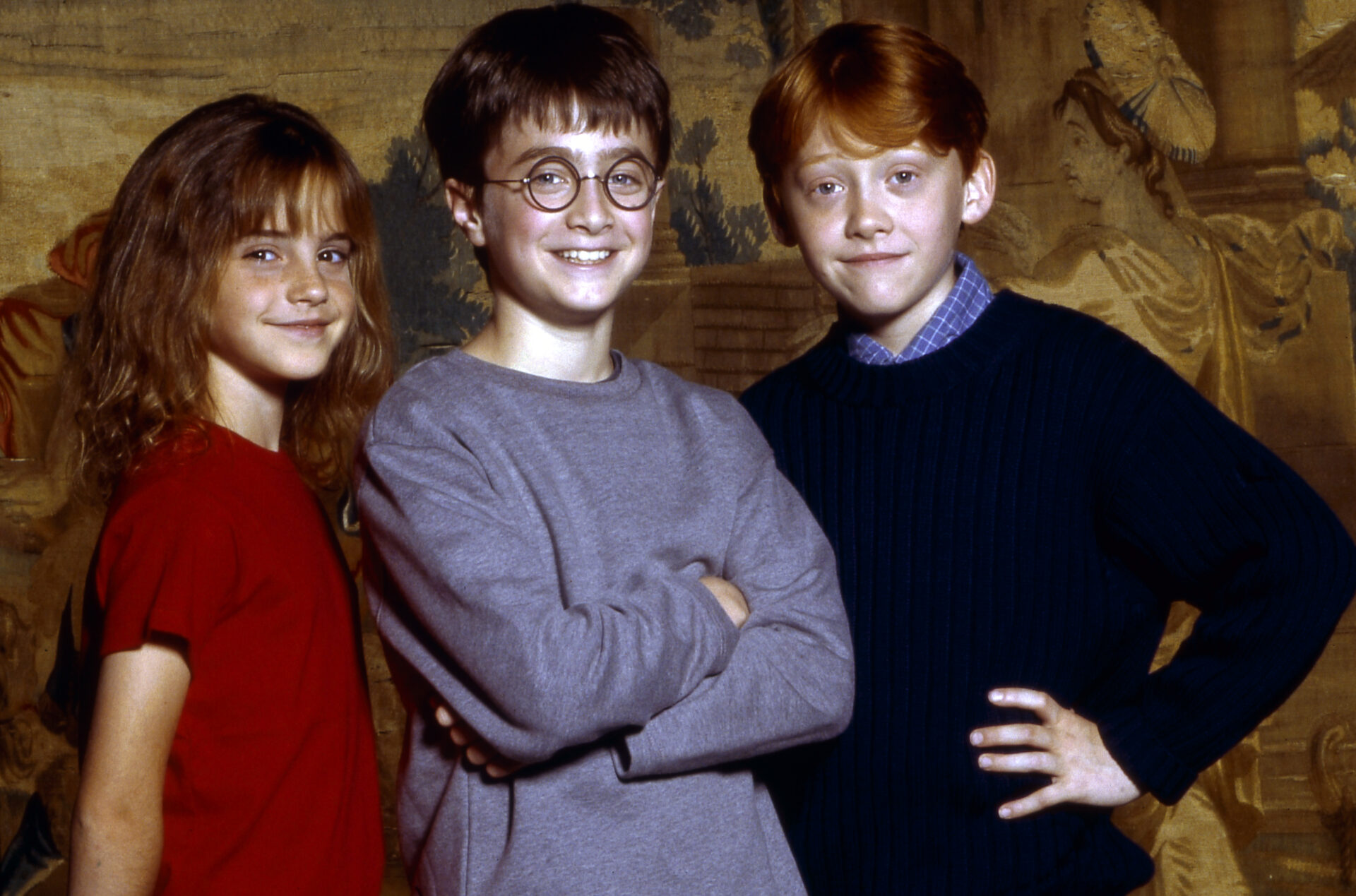 Rowling mocked the police referencing George Orwell’s 1984 using the three slogans of the Party first seen by Winston outside The Ministry of Truth. Those three slogans are “War is Peace. Freedom is Slavery. Ignorance is Strength.”

She tweeted, “War is Peace. Freedom is Slavery. Ignorance is Strength. The Penised Individual Who Raped You Is a Woman.” 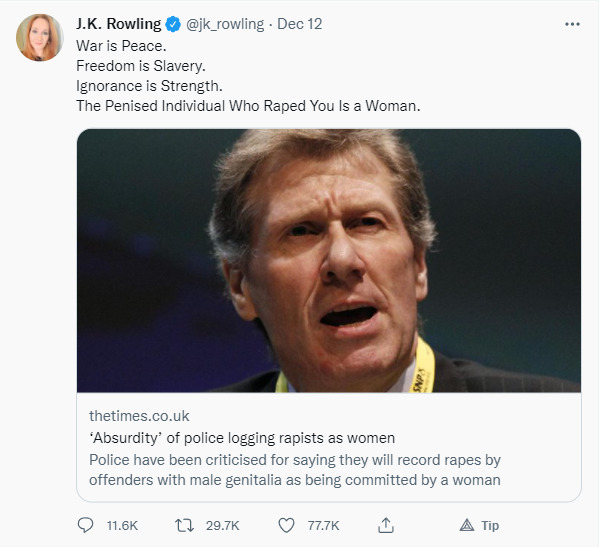 Rowling became outspoken about “women’s sex-based rights” after she supported fired researcher Maya Forstater back in 2019.

Forstater was fired from her position at the Center for Global Development, where she worked from 2015 to 2018, after she was accused of transphobia for remarks she made on Twitter that included “men cannot change into women.” 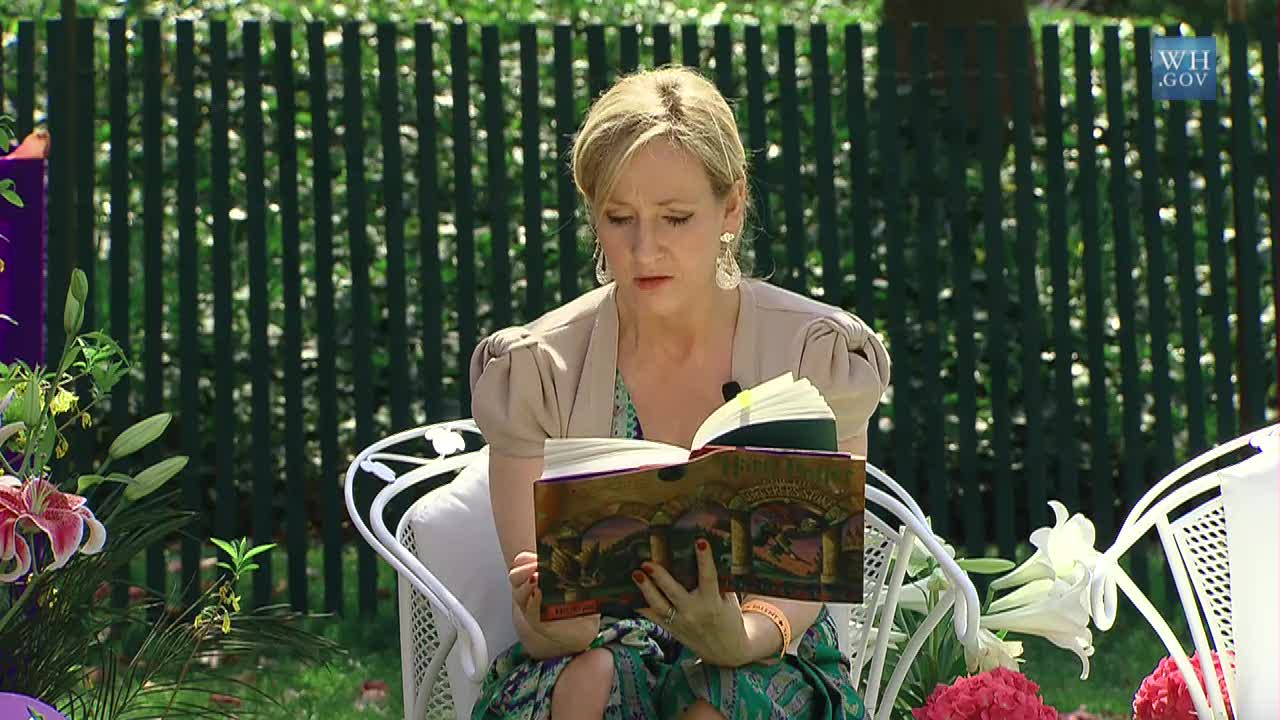 And she doesn’t appear to stop being outspoken. Back in November after she revealed her address had been doxxed by three activists, she declared, “They should have reflected on the fact that I’ve now received so many death threats I could paper the house with them, and I haven’t stopped speaking out.”

“Perhaps – and I’m just throwing this out there – the best way to prove your movement isn’t a threat to women, is to stop stalking, harassing and threatening us,” she added. 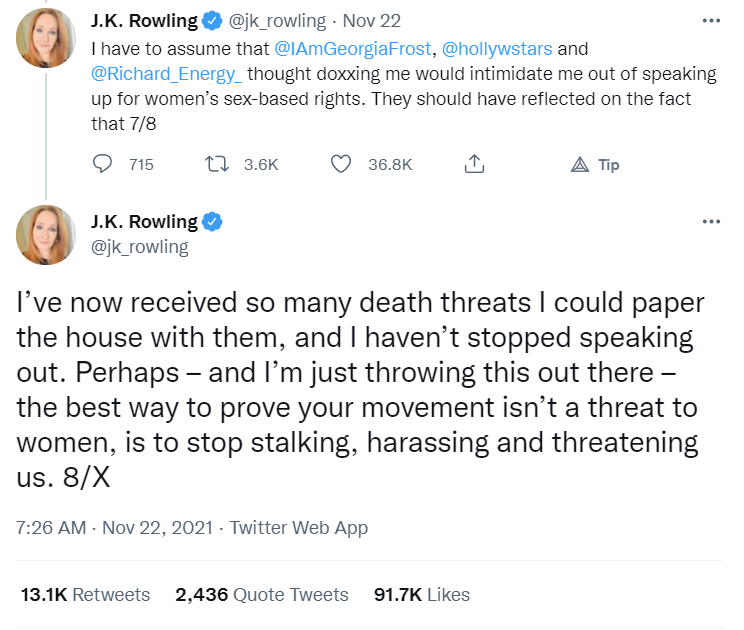 What do you make of Rowling mocking Police Scotland?

NEXT: Daily Dot Social Media Editor Anna Maria Asks Why Harry Potter Creator J.K. Rowling Has “Not Gotten Jumped Yet,” Wishes She Gets Punched In The Face