Actor Jay Johnston, the Mr. Show with Bob and David’ comedian who in recent years has had a recurring role providing the voice of Bob’s Italian-restaurant running rival Jimmy Pesto Sr. in Bob’s Burgers, has reportedly been ‘banned’ from any future participation in the Fox animated series for his alleged participation in the events that took place on Capitol Hill this past January 6th. 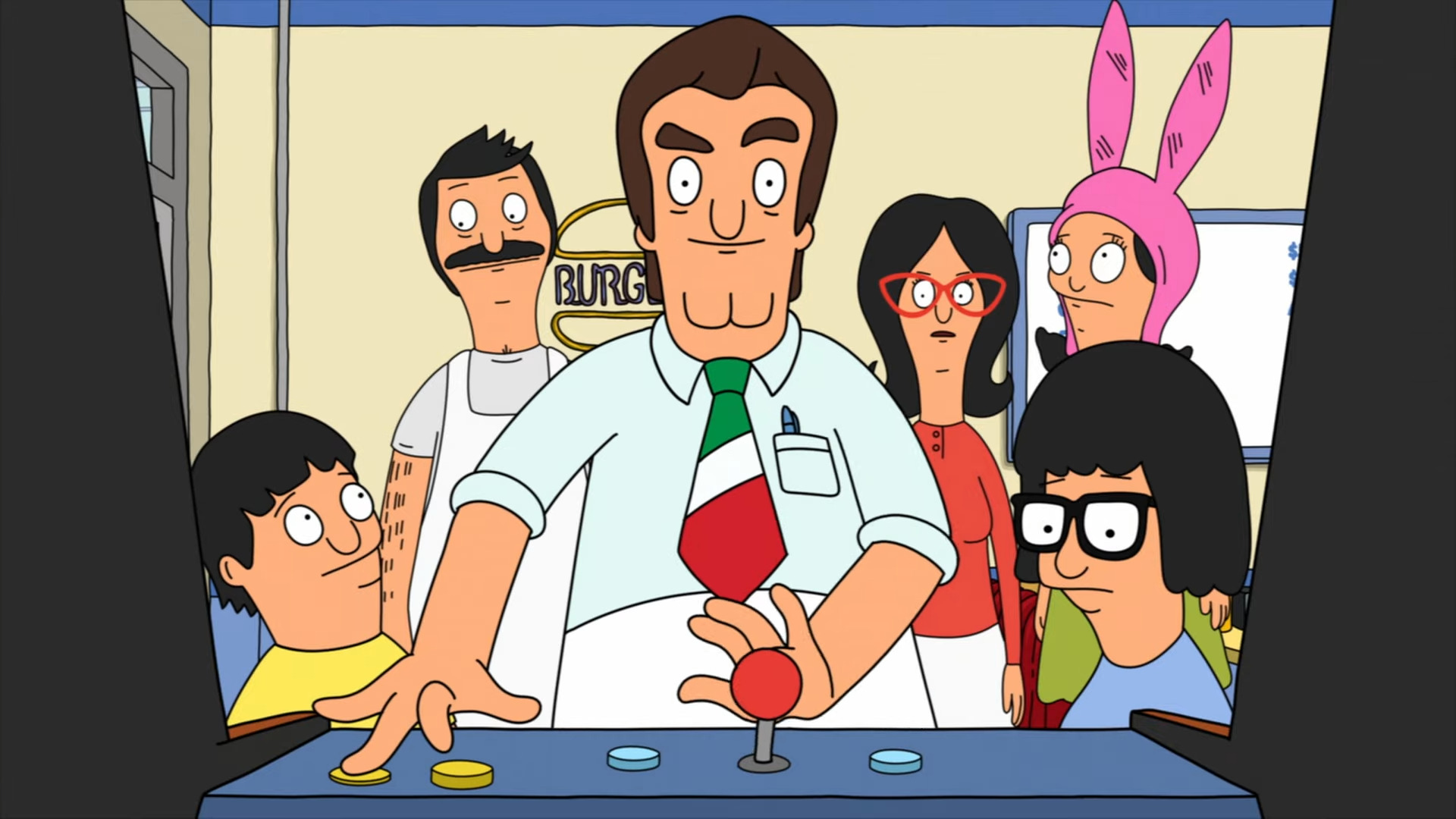 Related: Brianna Wu To Helm New Gamergate TV Series Aimed At Showing “How The Tactics Of Gamergate Led To Christchurch and January 6th”

According to “two people familiar with the matter” who purportedly spoke with The Daily Beast for a piece published on December 17th, “top staff at the long-running animated sitcom Bob’s Burgers are no longer allowing Johnston to voice his recurring character—Jimmy Pesto Sr.—on the critically lauded Fox show” in a situation described as a “ban”.

The other source added that Bob’s Burger cast and crew were attempting to keep this development quiet in order to avoid making “a big deal” about Johnston’s apparent blacklisting. 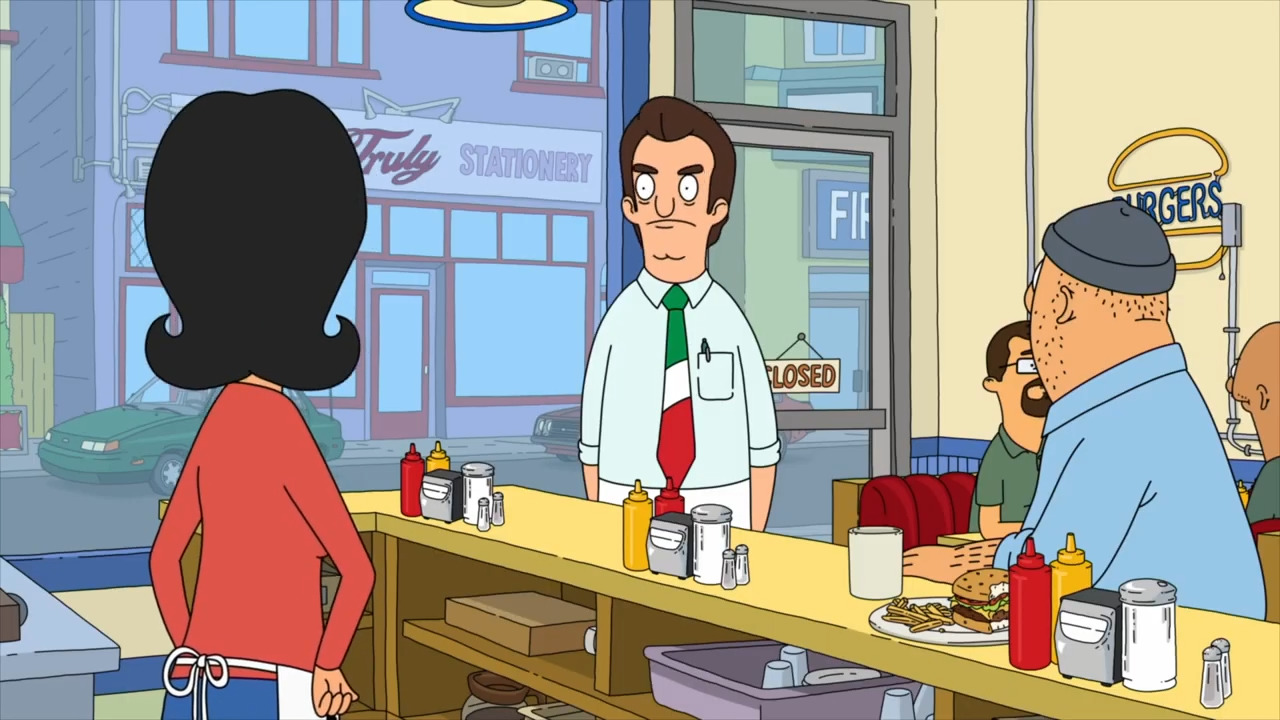 The man alleged to be identified as Johnston was first introduced to the conversation surrounding the events on Capitol Hill on March 4th when the FBI, seeking public assistance in obtaining information “on people who took part in the violence at the U.S. Capitol on January 6th”, tweeted an image of an older white male – subsequently referred to by the agency as suspect number 247 – standing amongst that day’s assembled crowds.

In one photo, the man appears to be wearing a digital camouflage-patterned face covering. 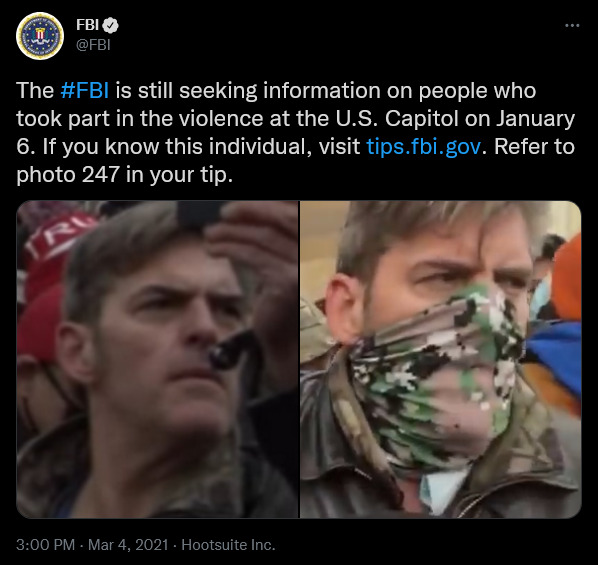 Shortly after the FBI published their tweet, Johnston was accused of being 247 by a number of his former colleagues.

This included his fellow Harmontown actor Cassandra Church, who asserted in reply to a Twitter user who asked for proof regarding whether 247 was actually Johnston,  “I’m no detective, but I do know Jay. He said he was there. And that’s him in the picture. So…”:

Harmontown writer Spencer Crittenden, who in a series of now deleted tweets presented the same user asking for proof with the masked picture of 247 and added, “He’s also a craven trump supporter and was there at the time,”: 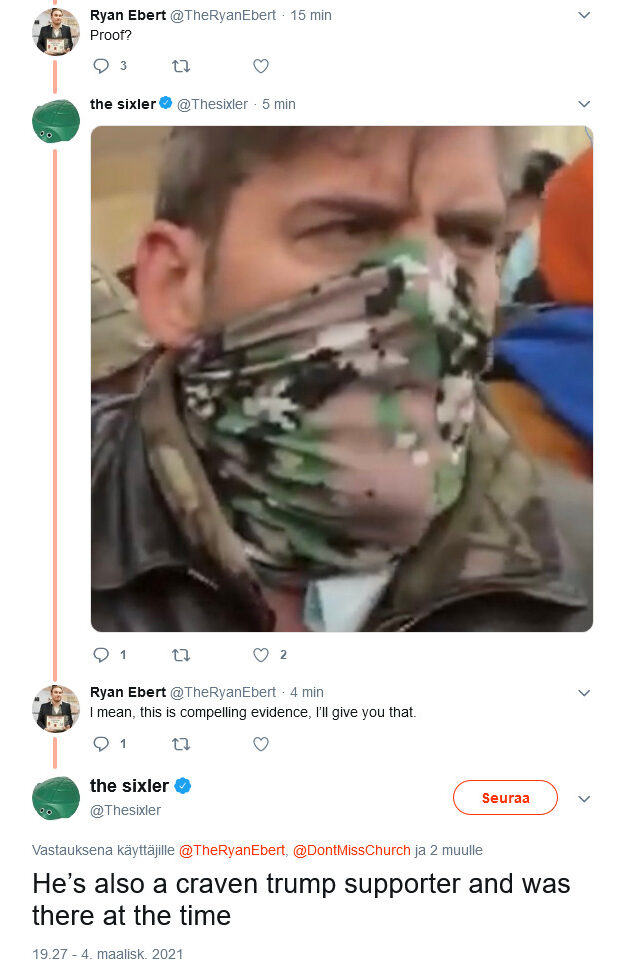 And Mr. Show with Bob and David executive producer and regular Bob’s Burger guest comedian Tim Heidecker, who tweeted that same day that Johnston’s identity as 247 was “fully confirmed through reliable sources”.

However, soon after publishing this tweet, Heidecker deleted it, explaining in a follow-up post made on March 5th, “i deleted the tweet because its was a reply to someone who asked and shouldn’t be used as some kind of official source of information or verification.”

When reached for comment by The Daily Beast, Fox simply replied, “Thanks for reaching out, FOX has no comment,” whilst a spokesperson for Disney – Fox’s parent company – similarly told the news outlet, “We will not be providing a comment.”

Likewise, Johnston himself has remained silent on the issue, with The Daily Beast reporting that they were unable to reach the actor for a statement by press time. 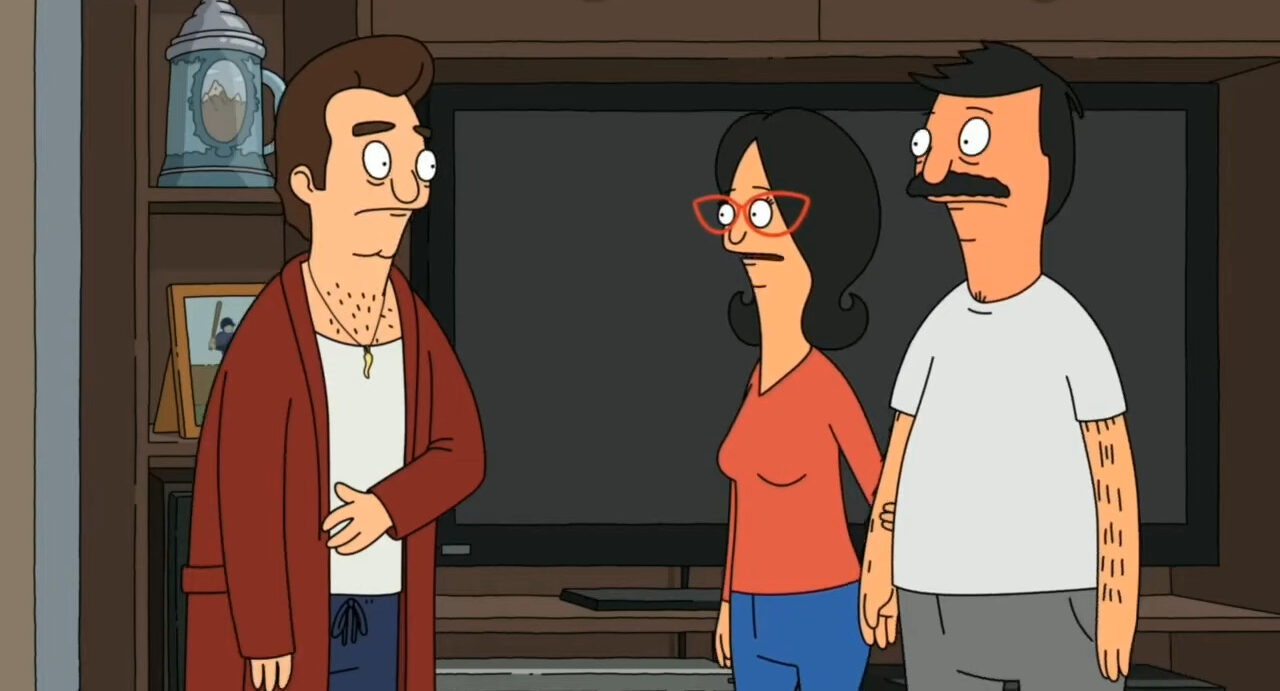 As noted by The Daily Beast, Johnston has voiced Pesto, Sr. across 43 episodes of Bob’s Burgers first 11 seasons, with his most recent appearance being in the May 2nd, 2021 episode, “The Bridge Over Troubled Rudy.”

Since its commencement, neither Johnston nor Pesto have appeared in the show’s 12th and latest season. 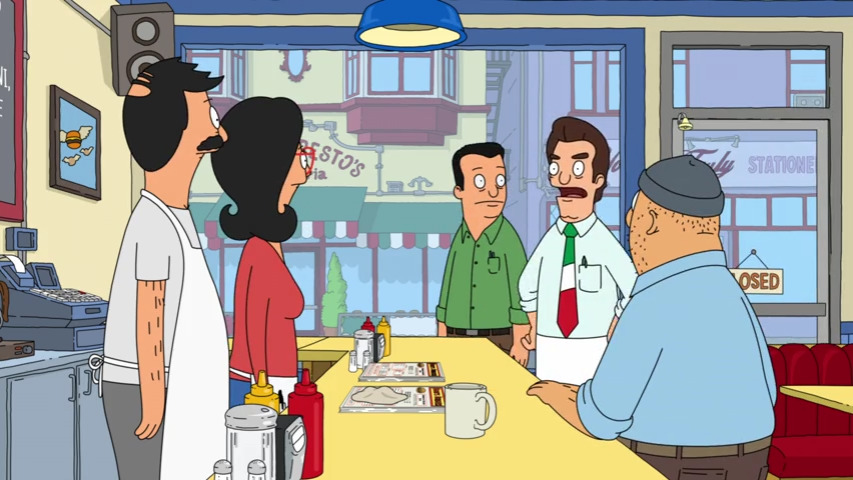 What do you make of Johnston’s reported “ban” from Bob’s Burgers over his alleged participation in the events of January 6th? Let us know your thoughts on social media or in the comments down below!

Next: Rosanna Arquette Says January 6th Capitol Hill Protest Was “The American Version Of The Taliban Taking Over”