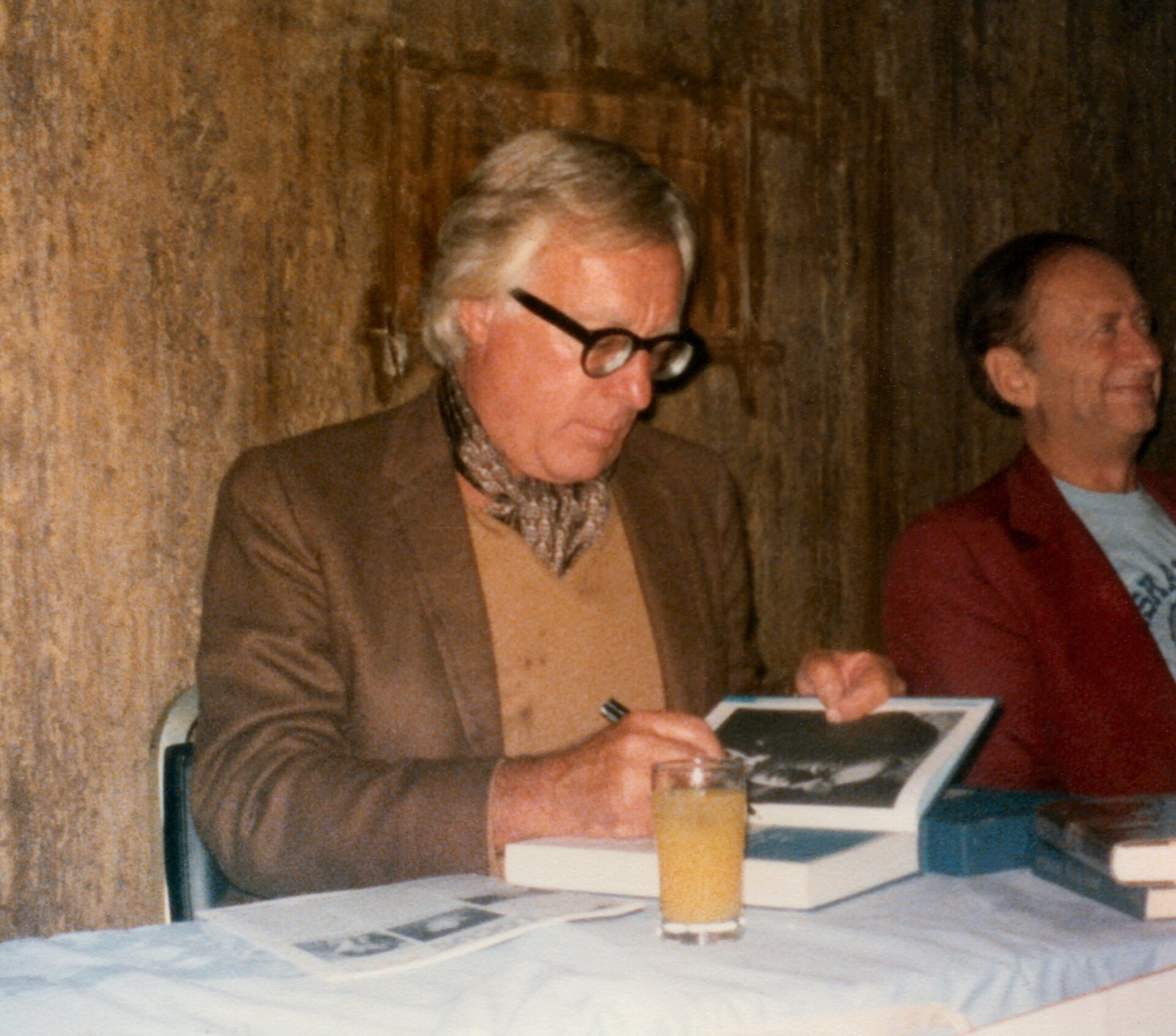 In a post shared to Facebook, the Ray Bradbury Experience Museum asked the question, “What Would Ray Brabury Have Said Today?”

They repeated their question before answering it, “What would Ray Bradbury have said today about the events of last January 6, 2021? We don’t know exactly. But these two quotes reflect his past viewpoints.”

The Museum added, “One, his conviction. The other, a warning. We believe he’d stand by them today. And if you decide to debate his views, he’d be the first to say, ‘Go ahead!'” 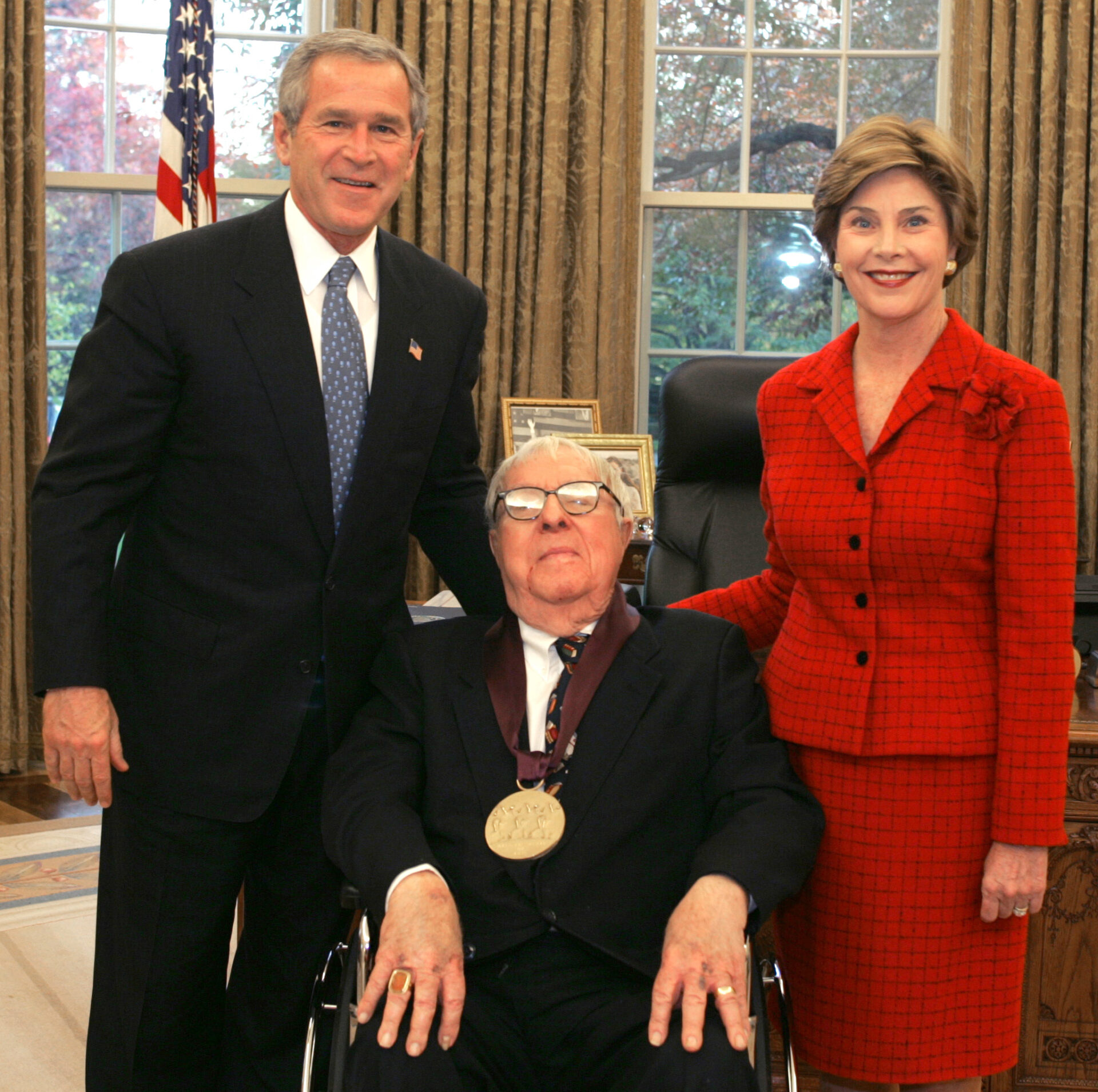 The first quote they would use is from the National Endowment for the Arts documentary titled A Conversation with Ray Bradbury. The Museum posted, “If you know how to read, you have a complete education about life, then you know how to vote within a democracy. … That’s the great thing about our country — we’re a democracy of readers, and we should keep it that way.”

The second one is from his book Fahrenheit 451. They posted, “If you don’t want to build a house, hide the nails and wood. If you don’t want a man happy politically, don’t give him two sides to a question to worry him; give him one. Better yet, give him none.” 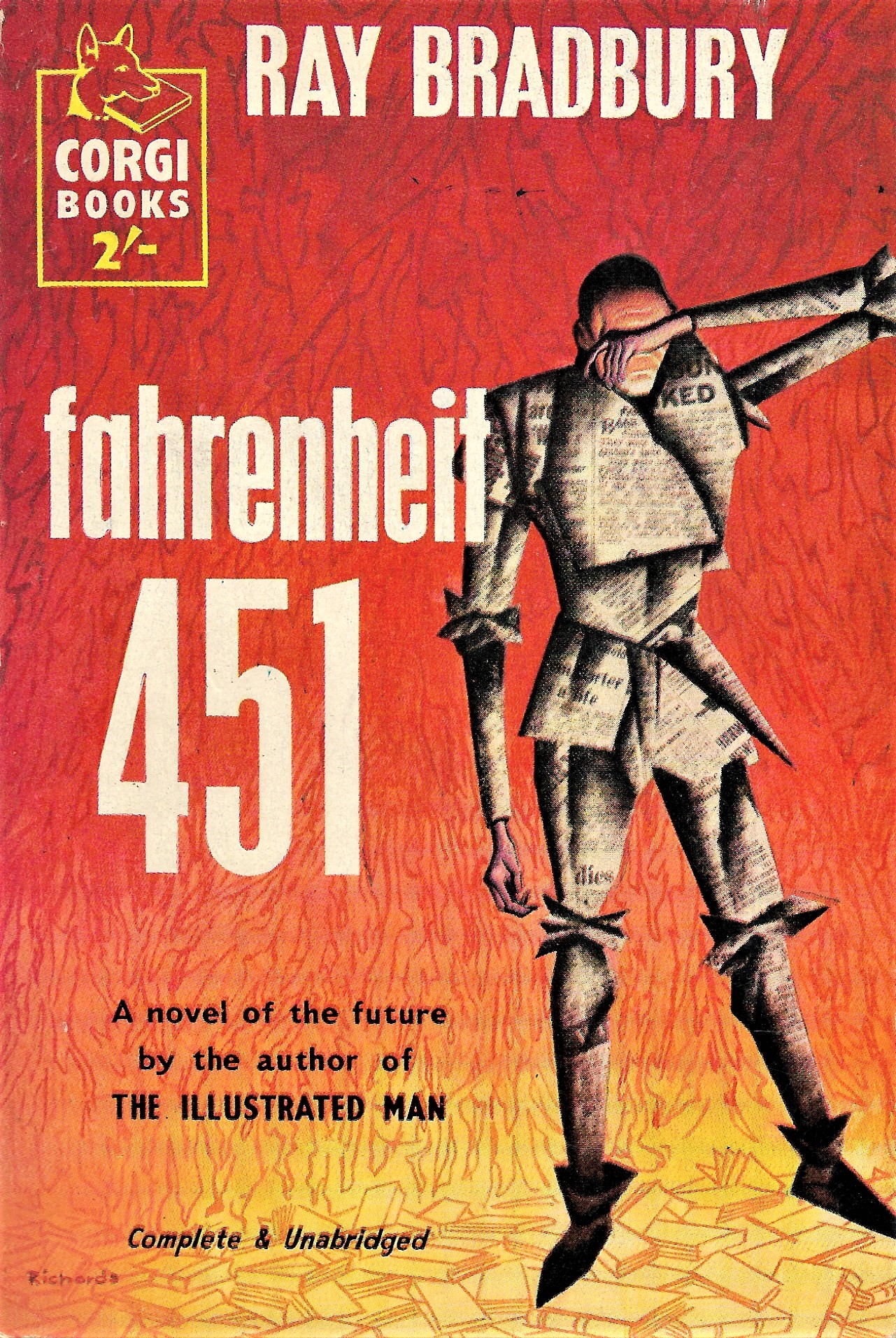 The Museum then condemned January 6th protestors and maligned them as domestic terrorists.

They wrote, “RBEM stands with the American Library Association’s statement: “ALA forcefully condemns the violent attempts to undermine the integrity of our electoral process and our democracy. The threats, destruction of government buildings and looting witnessed on January 6 do not constitute peaceful protest, but domestic terrorism.”

Finally, they concluded, “Here at RBEM, we are part of the democracy of readers. We strive to let Ray’s ideas about banned books, comics, life on Mars, and more. Join us in sharing his imagination.” 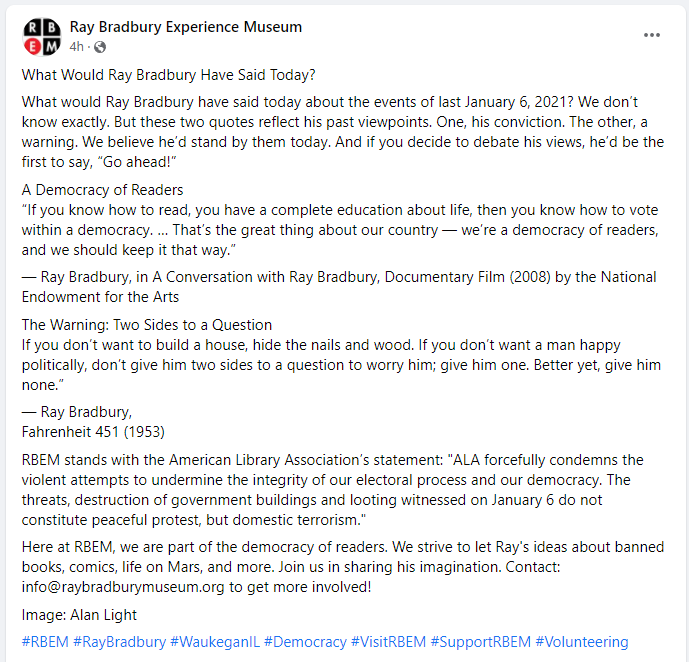 As noted above, the first quote is from the National Endowment for the Arts.

In a section of the video titled “Censorship & Book Burning and Democracy,” Bradbury begins by talking about Hitler’s burning of books and Stalin’s execution of writers.

He says, “We should learn from history about the destruction of books. When I was 15-years-old, Hitler burned books  in the streets of Berlin. And it terrified me, because I was a librarian and he was touching my life.”

He then discussed the Soviet Union, “Then I found out about Russia burning the books behind the scenes. But they did it in such a way that people didn’t know about it. They killed the authors behind the scenes. They burned the authors instead of the books. So I learned then how dangerous it all was, because if you didn’t have books and the ability to read, you couldn’t be part of any civilization. You couldn’t be part of a democracy.” 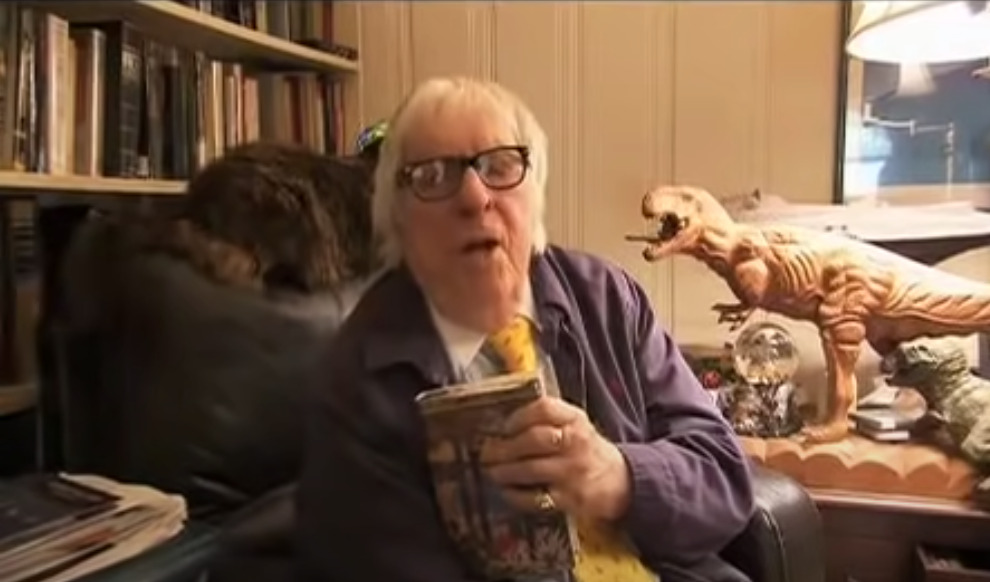 Bradbury then stated, “Leaders in various countries are scared of books because books teach things that they don’t want to have taught.”

Looking at the full context of this quote, it’s absurd to think he would condemn his fellow Americans and book readers as domestic terrorists like the Museum has done. 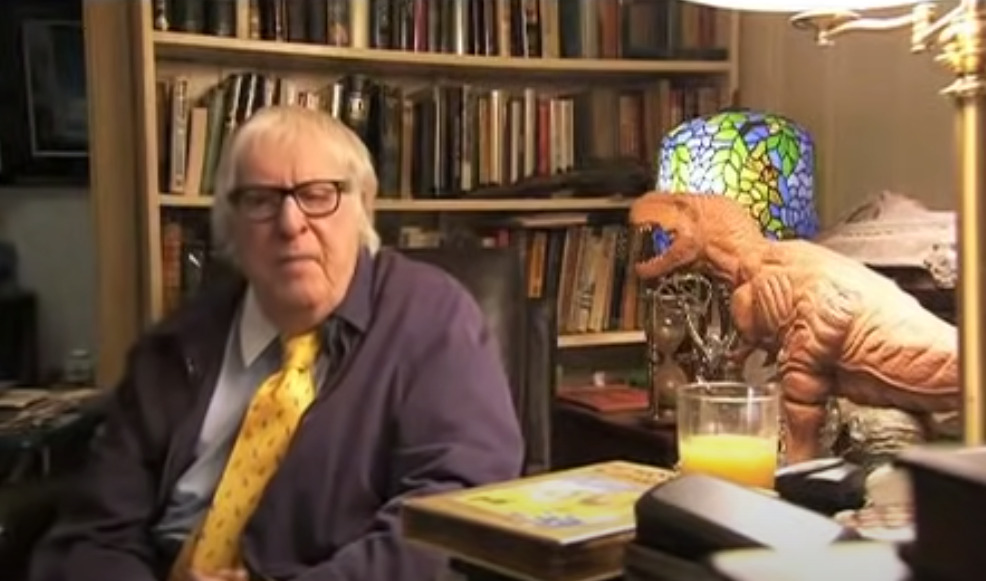 As for the second quote from Fahrenheit 451 it’s from the book’s antagonist Captain Beatty during a discussion with Guy Montag about the death of Clarisse McClellan.

He continues, “If the government is inefficient, top-heavy, and tax-mad, better it be all those than that people worry over it. Peace, Montag. Give the people contests they win by remembering the words to more popular songs or the names of state capitals or how much corn Iowa grew last year.”

The speech goes on, “Cram them full of non-combustible data, chock them so damned full of ‘facts’ they feel stuffed, but absolutely ‘brilliant’ with information. Then they’ll feel they’re thinking, they’ll get a sense of motion without moving. And they’ll be happy, because the facts of that sort don’t change.

“Don’t give them any slippery stuff like philosophy or sociology to tie things up with. That way lies melancholy. Any man who can take a TV wall apart and put it back together again, and most men can, nowadays, is happier than any man who tries to slide rule, measure, and equate the universe, which just won’t be measured or equated without making man feel bestial and lonely. I know, I’ve tried it, to hell with it,” Beatty states.

“So bring on your clubs and parties, your acrobats and magicians, your daredevils, jet cars, motorcycle helicopters, your sex and heroin, more of everything to do with automatic reflex. If the drama is bad, if the film says nothing, if the play is hollow, sting me with the Theremin, loudly. I’ll think I’m responding to the play, when it’s only a tactile reaction to vibration. But I don’t care. I just like solid entertainment,” he concludes.

Clearly, Beatty is talking about pacifying people in order to make them “happy.” He doesn’t want people like the January 6th protestors asking questions about an election. He’d rather them not have any options at all. Better they be drugged up on heroin, slaves to the state.

This post by the Ray Bradbury Museum Experience is a disgrace and dishonors Bradbury legacy. Instead of engaging in any kind of intellectual debate, they would rather there be no options and describe January 6th protesters as domestic terrorists.

What do you make the Ray Bradbury Museum Experience’s use of Bradbury’s quotes to condemn January 6th protestors as domestic terrorists?