Can’t tell a Miqo’te from a Hrothgar? Worried you’ll walk into Eorzea with a look that you won’t be able to change?

If you’re looking to finally try out the critically acclaimed MMORPG Final Fantasy XIV, which currently offers an expanded free trial that allows you to play through the entirety of A Realm Reborn and the award winning Heavensward expansion up to level 60 for free with no restrictions on playtime, let Bounding into Comics help you start your journey with our Final Fantasy XIV character creator guide! 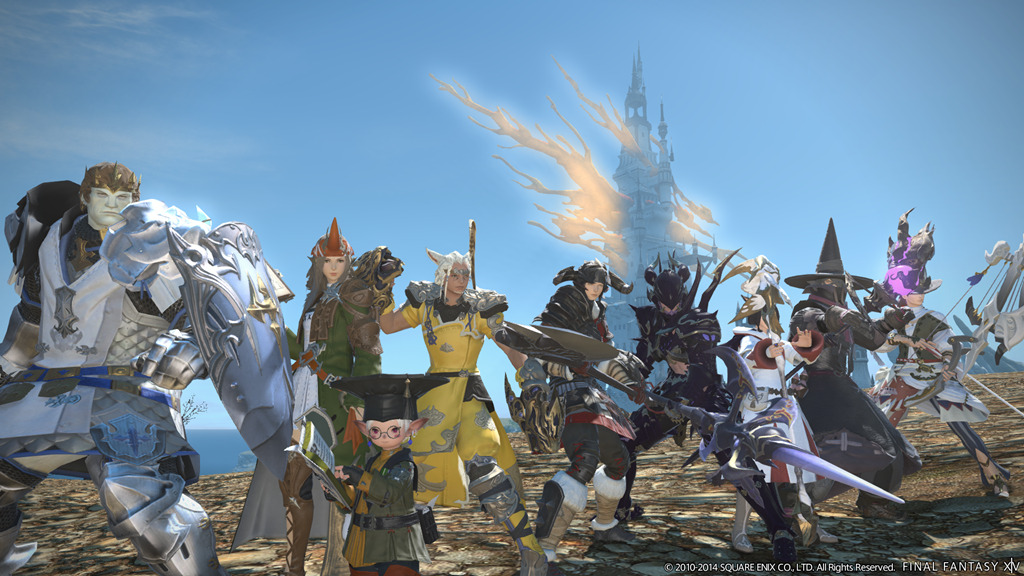 Now that everyone can finally buy the game again after overwhelming success and player numbers led Square Enix to temporarily close new character creation, players can once again get the game’s free trial – though, of course, this may be pulled if the servers melt again.

In any case, the free trial contains both the game’s base campaign, A Realm Reborn, and its first expansion, Heavensward. For those who aren’t sure if they’ll like the game, it’s a pretty hefty taster sample. You can find the other restrictions here. 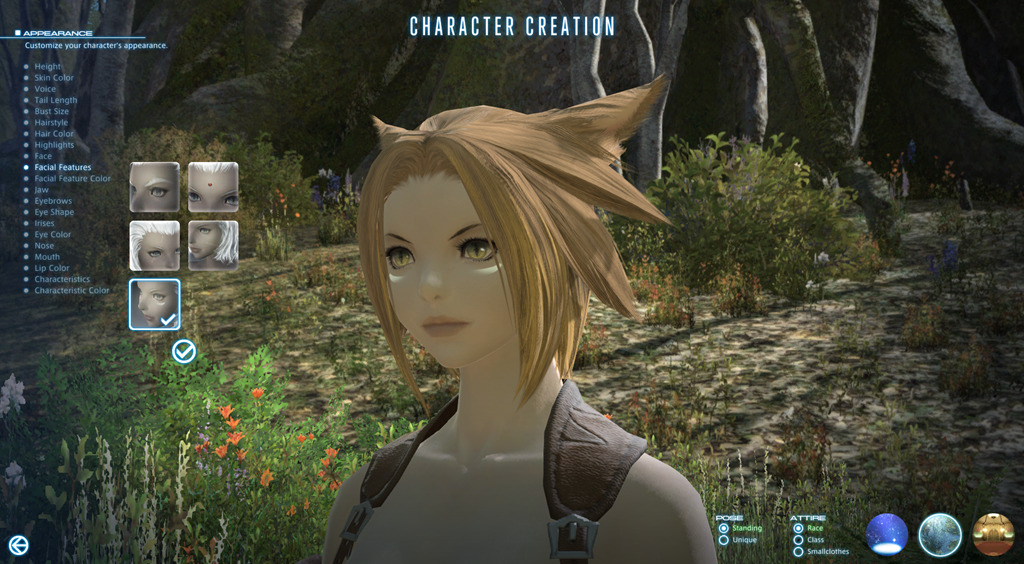 Typically you’ll want to keep playing the full game on the platform you start your free trial on. While you are able to move your account between platforms if you have no desire to do so, it’s an extra wrinkle that’s best avoided if possible.

There’s also the benchmark tester, which along with testing if your PC can handle the game, also provides access to its character creator. Plus, what you make can be imported into the game for player characters and retainers.

Just keep in mind while you can make a Viera or Hrothgar this way, you’ll need the Shadowbringers expansion in the full game to use them. 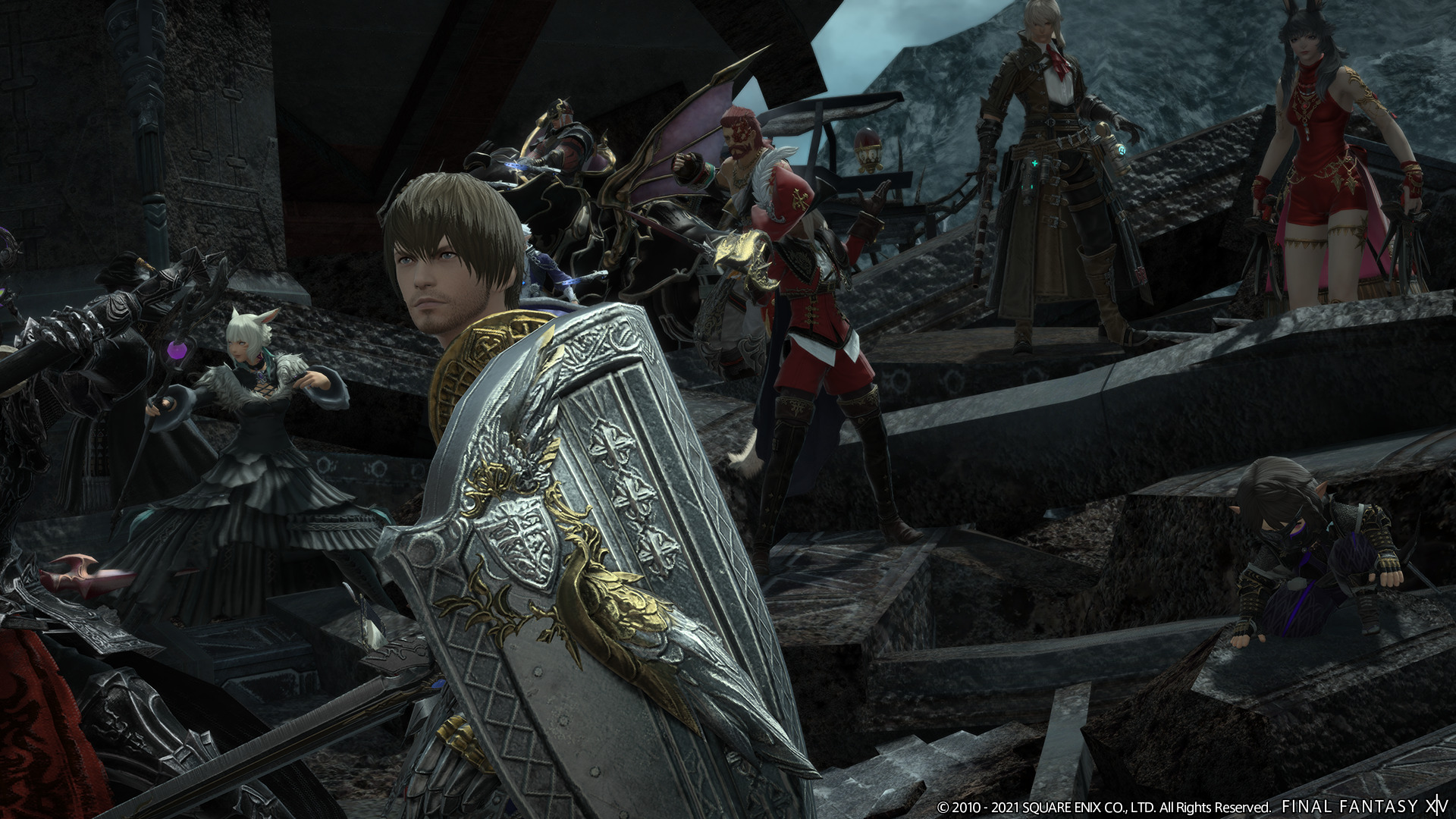 Are There Any Gameplay Differences Between Races or Gender?

Now you’ve gotten into the character creator one way or another, your first option is to choose your character’s gender and their race from one of eight available options – Hyur, Elezen, Miqo’te, Roegadyn, Lalafell, Au Ra, and aforementioned Viera and Hrothgar.

Each of these further races are then further divided into one of two racially-unique clans, each of which provide further backstory differences and character creation options.

Keep in mind the base “face” you choose may have entirely different facial feature options when you switch to another face, especially on Hrothgar. While each race and clan also has their own tattoos, face paints are shared across all of them. 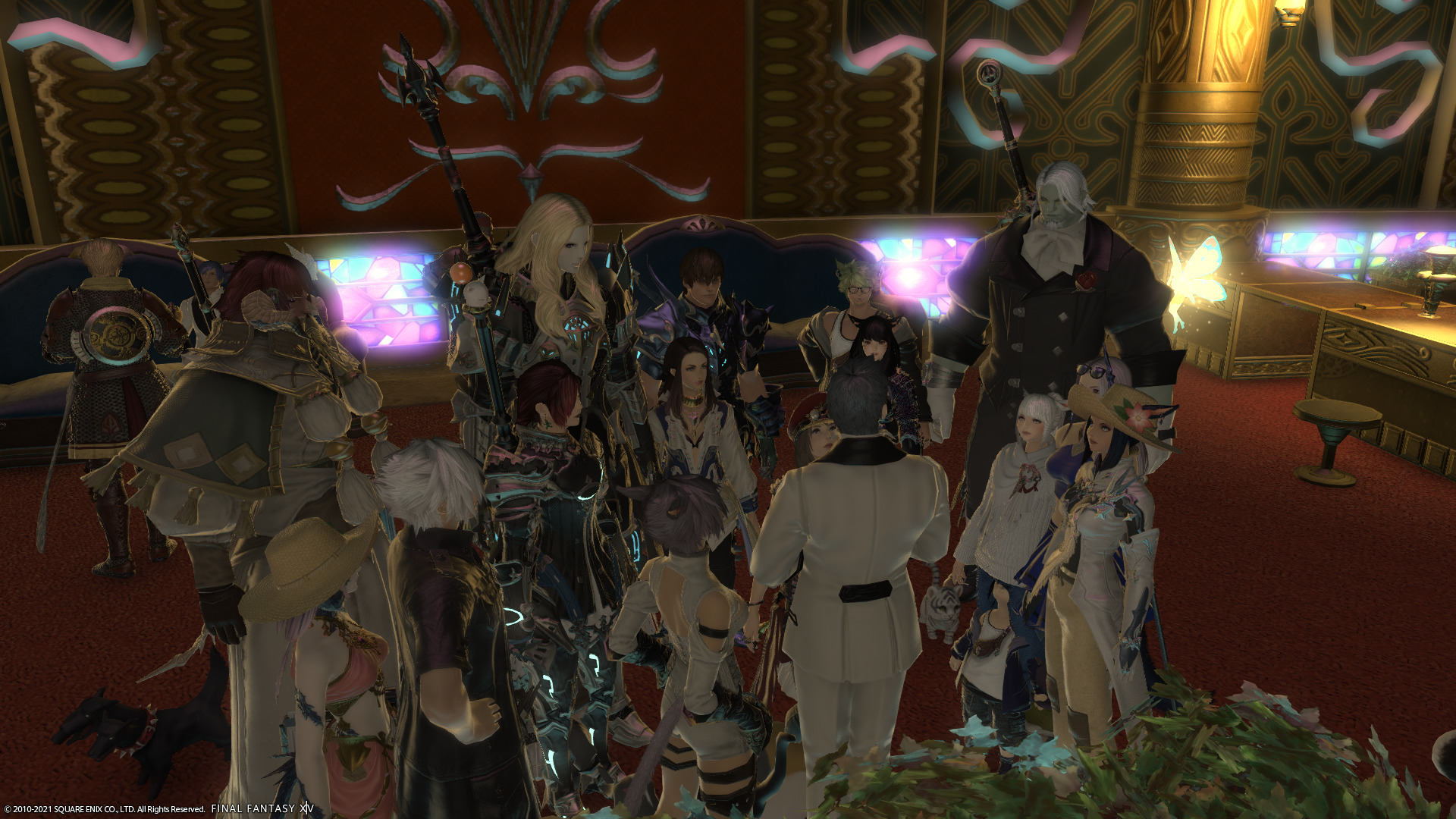 As for race-exclusive differences, while each race does offer single-digit benefits to specific stats, these are soon vastly outclassed by gear that gives hundreds of points to each respective stat, so feel free to pick whichever one you’d like.

While there is exactly one moment in Shadowbringers where Lalafell players’ short height allow them to enter one specific NPC’s home, the dialogue and scene can easily be found on YouTube.

Hrothgar and Viera players should also note some head gear simply won’t display on them – usually helmets or hats that would crush the bunny ears of the Viera or fail to fit over the skull of a Hrothgar. However, Miqo’te rarely struggle with this issue. 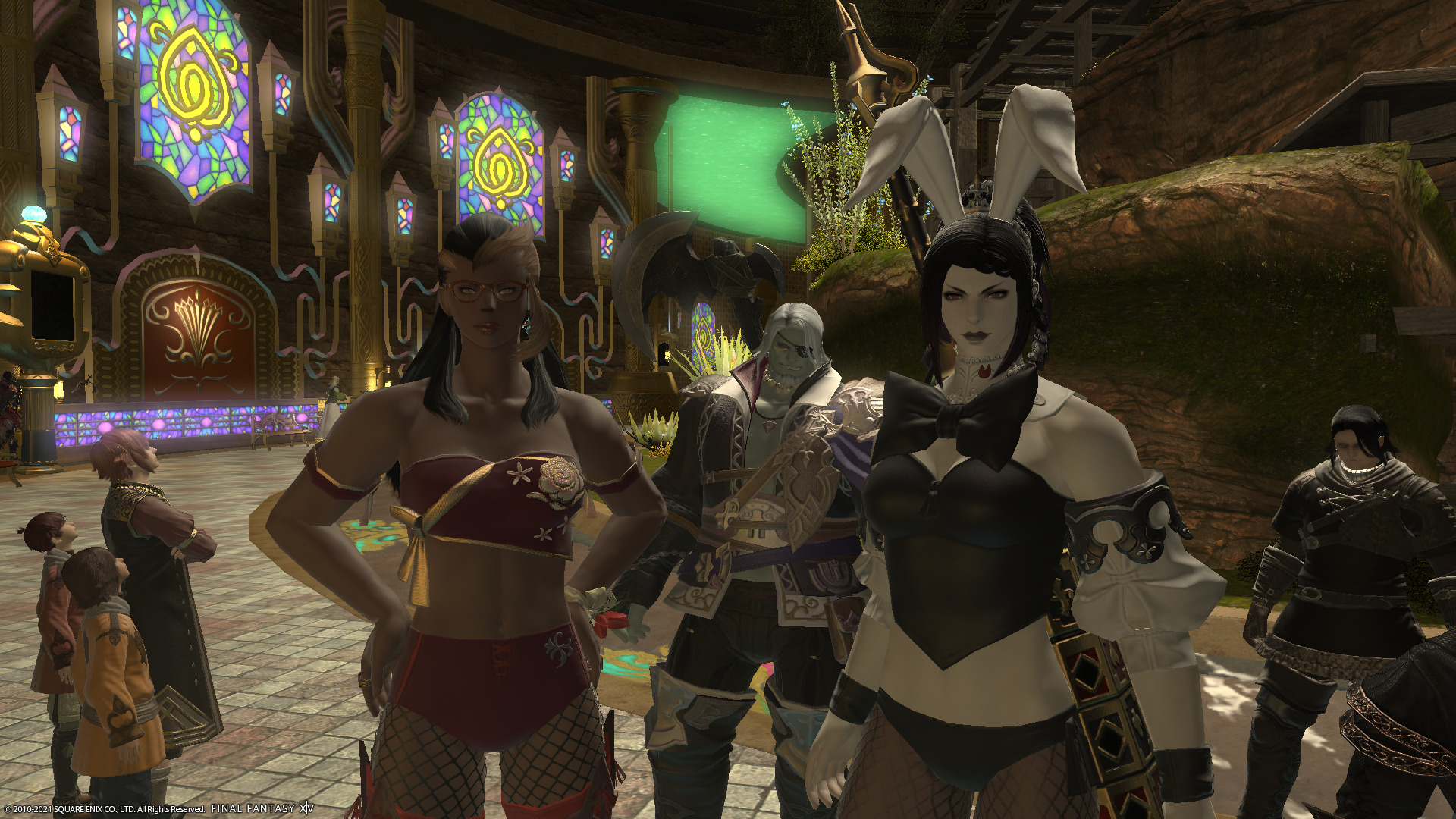 Gender also has no performance on stats or gameplay, but players will find minor dialogue, animation, emote, and armor differences depending on whether they picked a male or female female character for their playthrough.

There are also some instances of armor that is exclusive to one gender or the other, but most of these sets can be exchanged with various NPCs for their opposite-sex equivalent.

Though there are currently no Hrothgars equivalents for Viera, at the time of this guide’s writing, they are set to be introduced in a future patch. 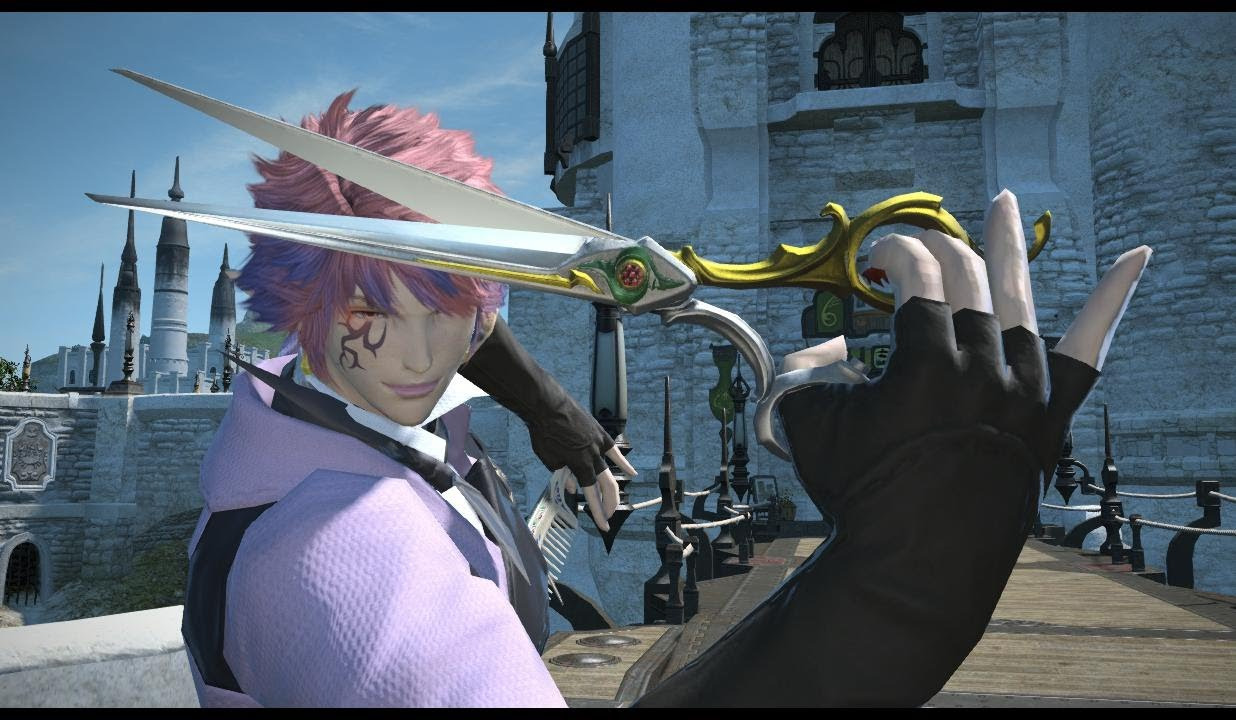 What Is Permanent, and What Can I Change Later?

Your character’s name, Name Date (the in-universe birthday ) and the deity they worship cannot be changed – but keep in mind these do not affect gameplay in any way. If you want to change your name, you can do so for a fee of $10, paid at the game’s online store, the Mog Shop.

As you play, you will eventually unlock the Aesthetician; letting you change your hairstyle, hair color, tattoos, and face-paints for a small amount of gil. After you complete A Realm Reborn, you will earn a Fantasia, a one-time use item that will allow you to re-enter the character creator the next log-in.

Like name changes, you can also buy more Fantasias for $10 – less if bought in bundles – from the online store. 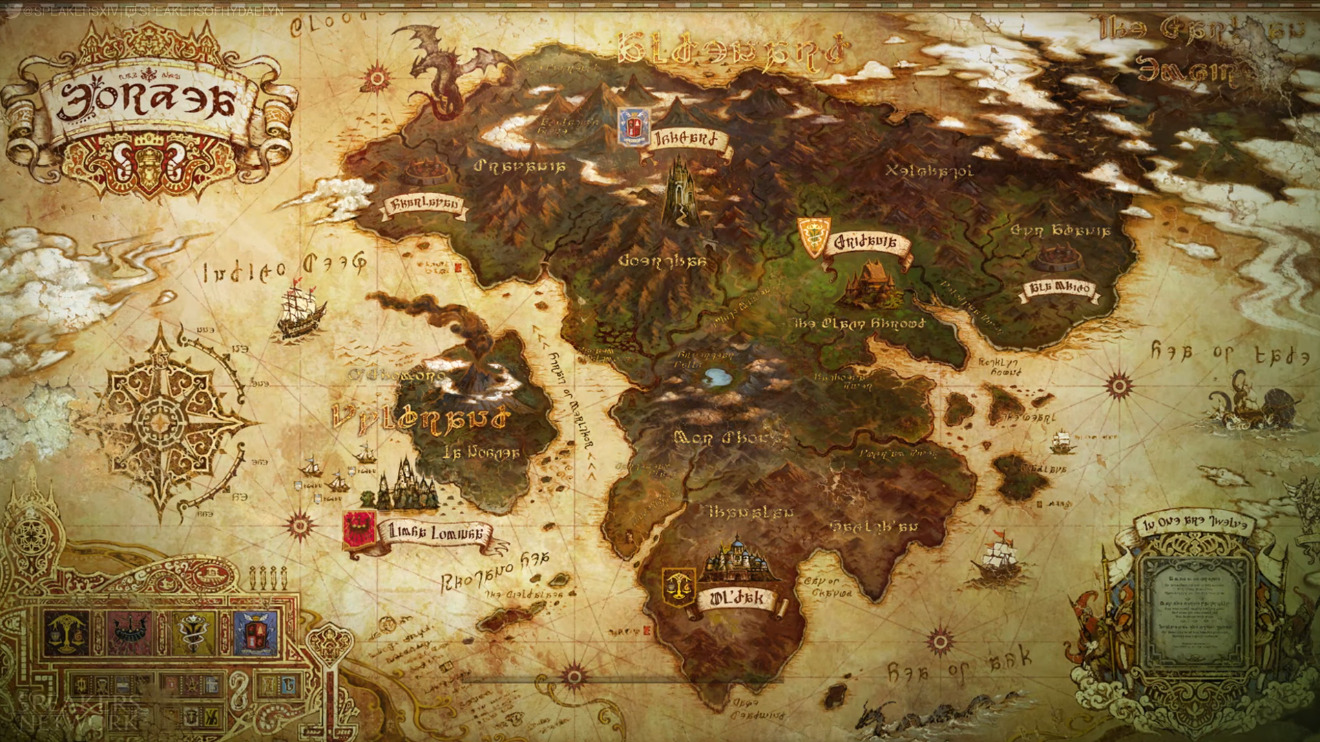 What Should I Know About Starting Classes and Cities?

While we shall go into more depth about the individual classes and Jobs in a future guide, you must pick one to start out, though you can pick up other classes later on.

Players level a “class” until level 30, at which time they can earn an equippable magic crystal that turns said class into a Job and grants a character access to the respective Job’s post-level-30 skills.

For example, the Lancer class evolves into the Dragoon Job, while the Archer becomes a Bard.

There are also the Gathering and Crafting classes, but these do not evolve into a Job-type form, are not chosen during character creation, and can be levelled up without restrictions across every class and Job type. 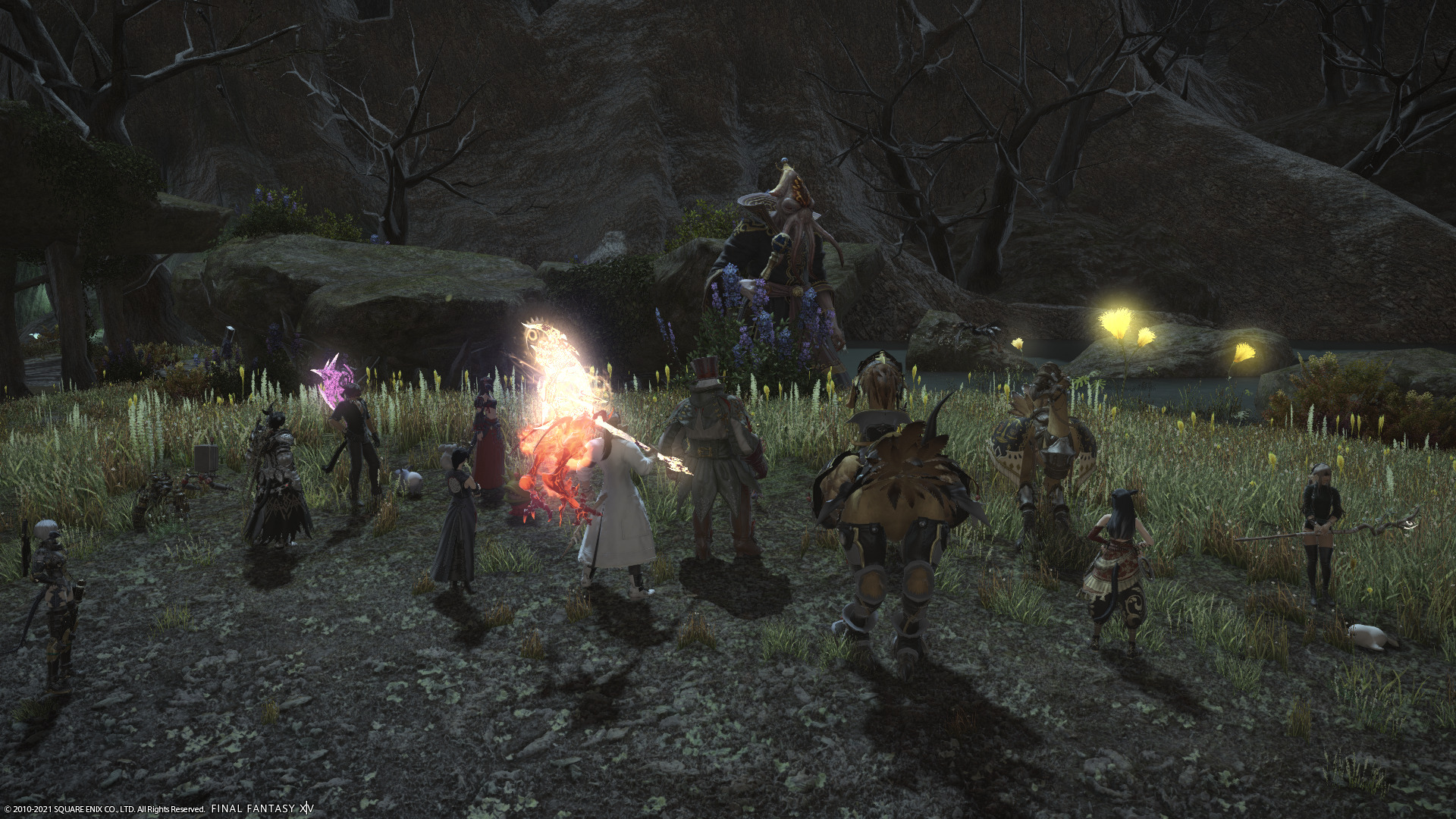 Classes and Jobs are divided into roles. These are Tank, and Healer, and DPS (Damage Per Second), the last of which can be further divided by physical, ranged physical, and ranged magic attackers.

Keep in mind that while everyone is expected to do damage, Tanks and Healers also have to help keep their allies alive. Physical DPS will typically attack foes from the rear or side if they can, while ranged and magical DPS tend to attack from afar.

Ranged fighters have more freedom in moving around to avoid attacks, while magic-casting characters typically have to stand still while casting their more powerful spells.

As an aside, Healer roles tend to have the shortest queue times for dungeons and the like, followed by Tanks, and DPS last- as those tend to be the least to most popular roles. Nonetheless there are tools to organize parties to take them on no matter your role, so feel free to choose whichever one best fits your playstyle. 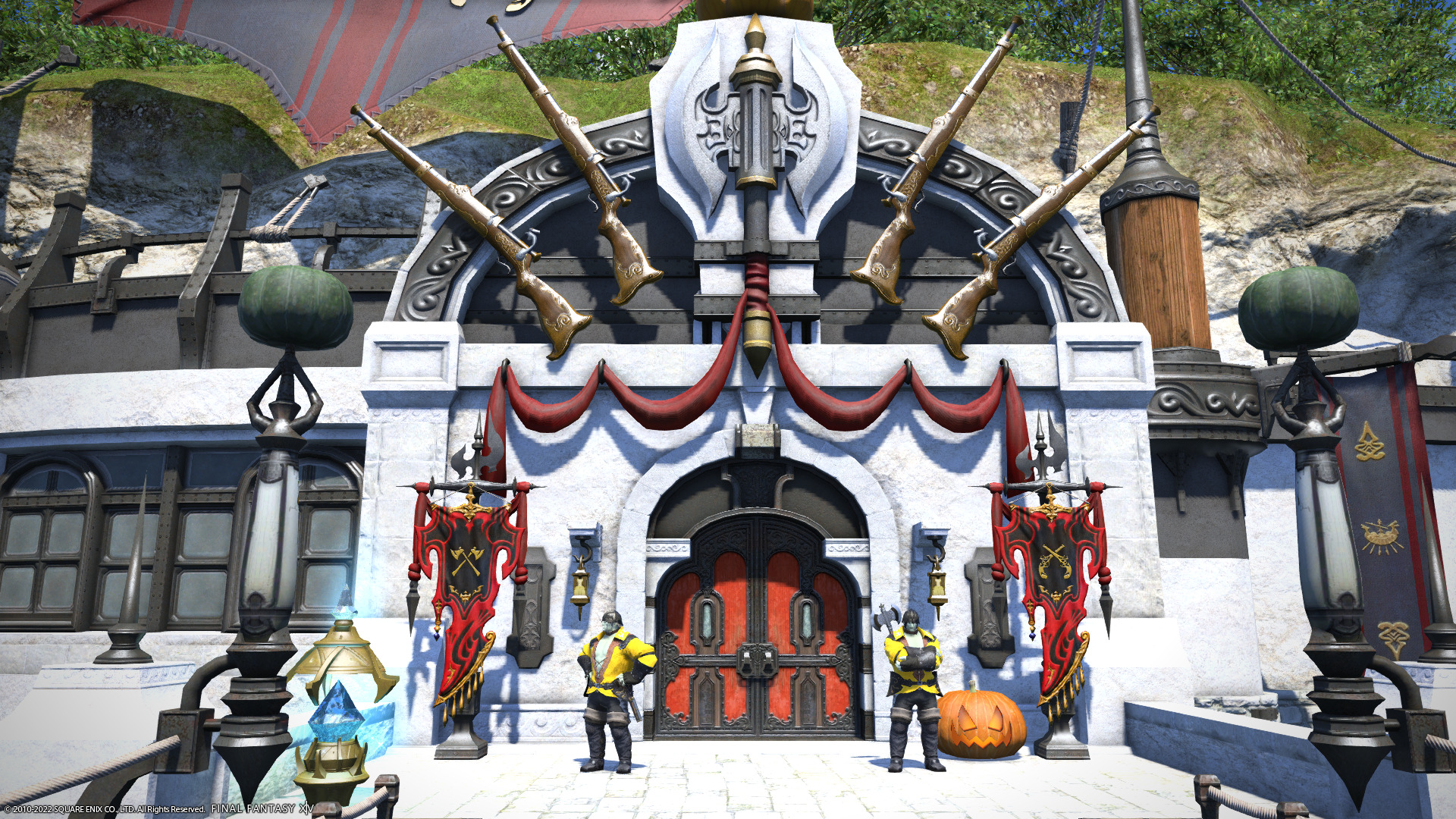 Your starting class does affect where you begin, but it won’t be long before you find yourself moving freely around the realm.  With your adventurer also being noted as a newly arrived visitor from a faraway land to whichever starting area you choose, where you set out from quickly becomes inconsequential.

Further, after you’ve gained access to the other starting areas, you can pick up the side-quests that unlock the option to swap your classes and Jobs.

You’re also under no obligation to pick the Grand Company – an organization whose membership grants you access to a unique set of quests – associated with your starting city state. Nonetheless, we’ll briefly go over what the starting city states are like, in case you want to pick up other classes, or want to go deep on having a “home town.” 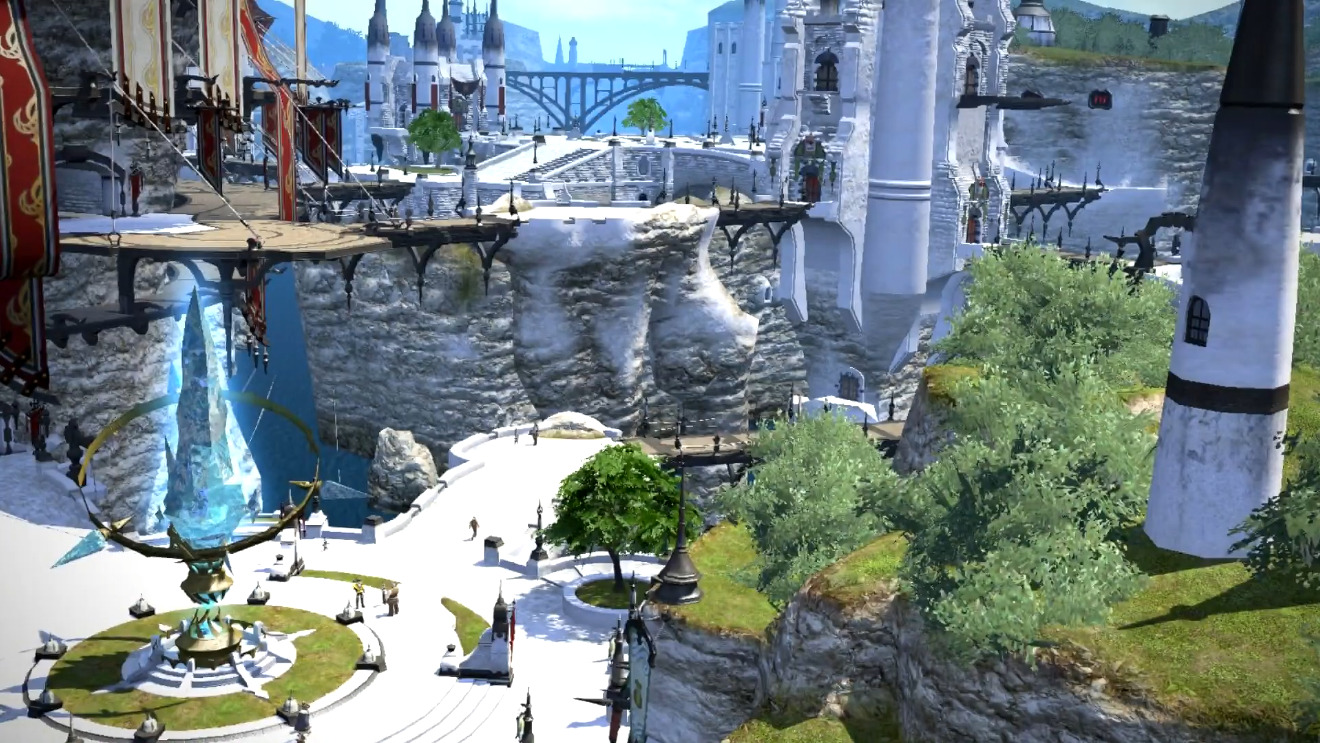 Established by pirates, the citizens of Limsa Lominsa take great pride in their freedom. NPCs here are mostly Sea Wolf Roegadyn and Sun-Seeker Miqo’te, along with a few Plainsfolk Lalafell and Midlander Hyur.

Likewise, you’ll find their guilds here if you want to play as them later. Keep in mind as you level an Arcanist, the level will scale alongside those for Magical DPS Summoner and Healer Scholar. 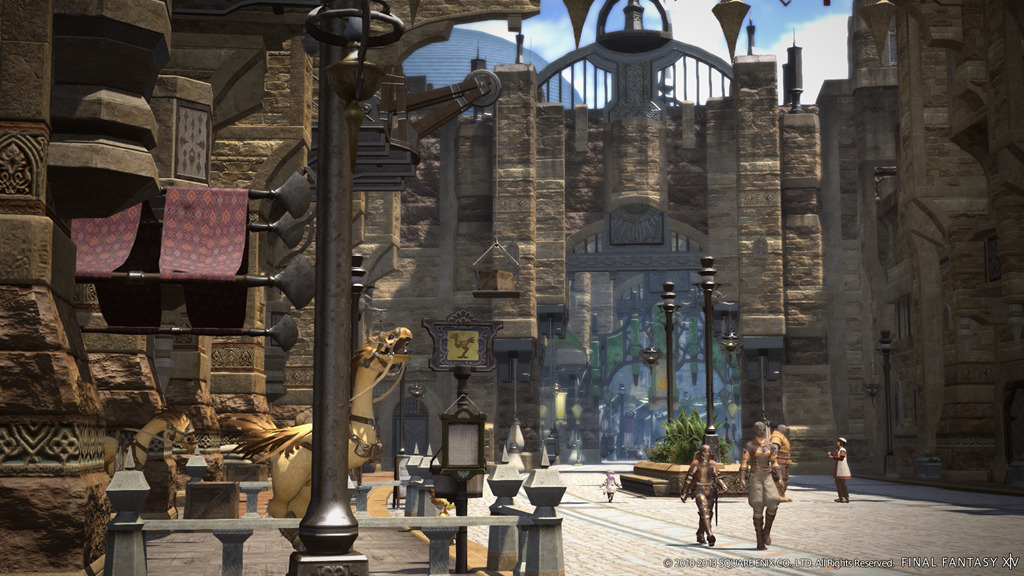 A place where those who can fight or earn coin are welcomed, Ul’dah has a long, sand-swept history. You’ll see plenty of Dunesfolk Lalafell NPCs here, along with Midlander Hyur, Highlander Hyur, and Hellsguard Roegadyn. 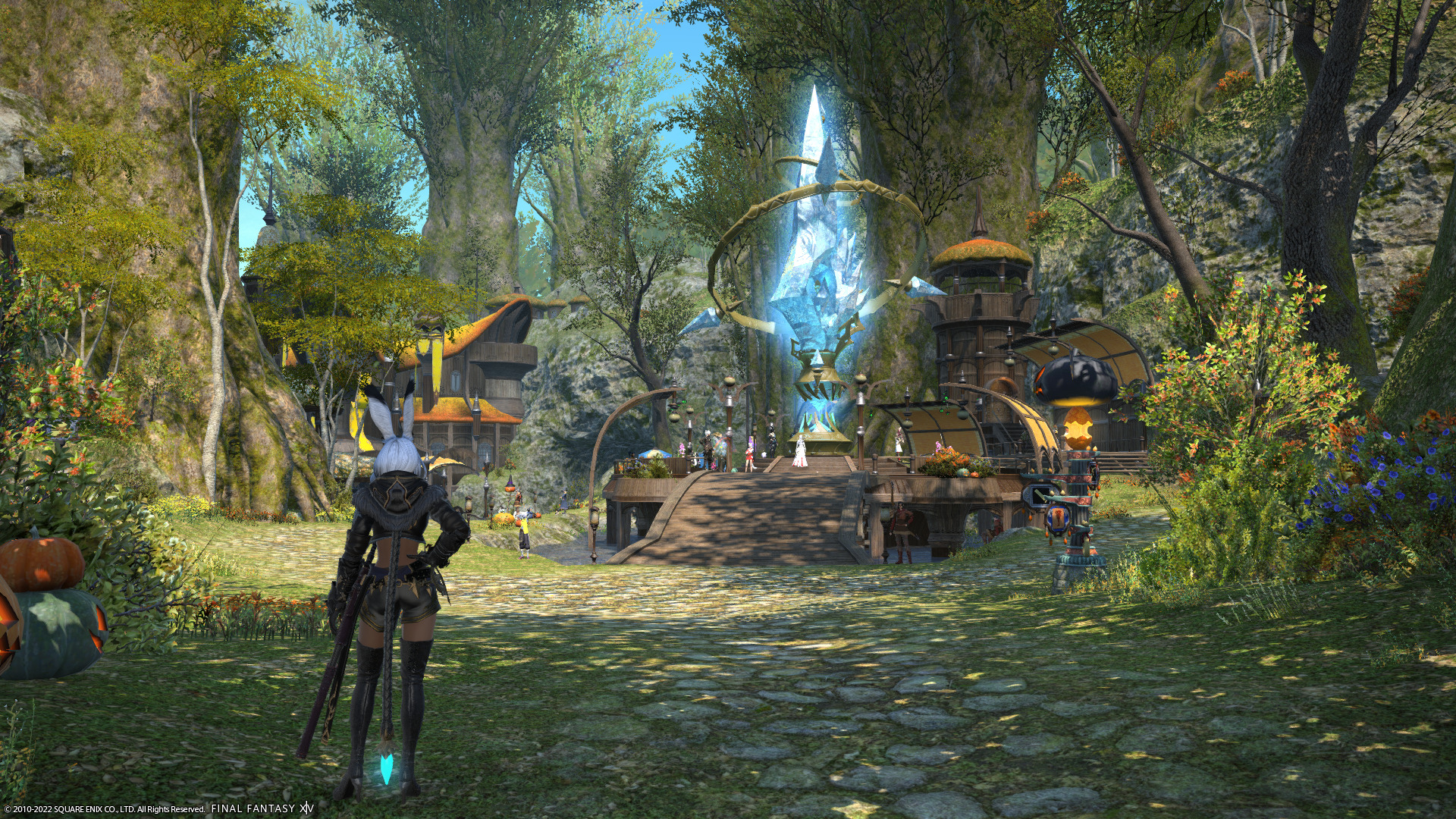 Gridania is nestled deep in the Twelveswood, where its citizens strive for peace through harmony with nature. Their NPCs are mostly made up of Midlander Hyur and Wildwood Elezen, with a few Duskwight Elezen and Keeper of the Moon Miqo’te sprinkled about. 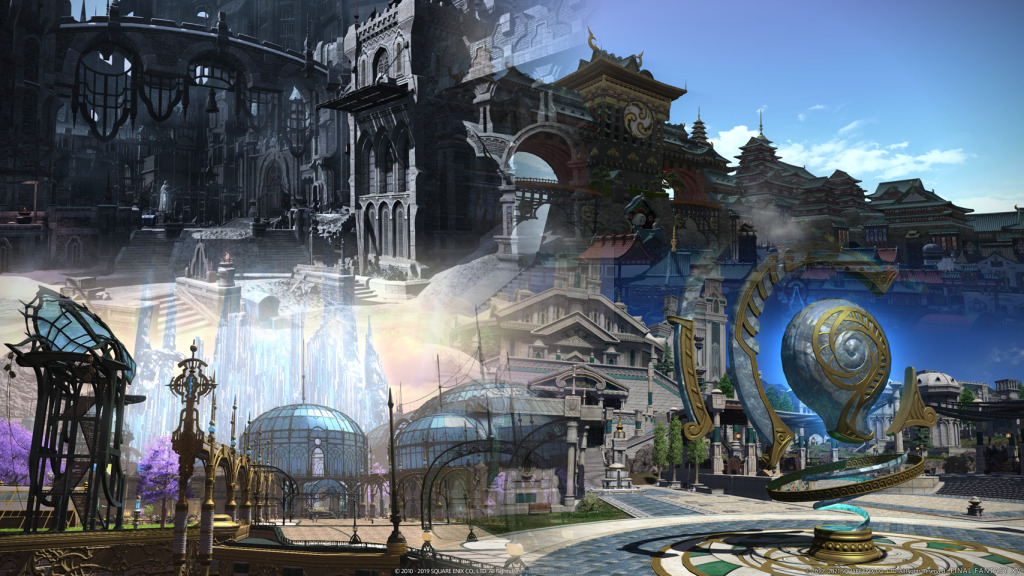 However, there are some Jobs you won’t have access to from the get-go. These are unlocked once you gain access to the expansion areas, and unlike those listed above have no base class associated with them.

Heavensward – which, again, is part of the free trial – grants the Machinist, Dark Knight, and Astrologian, Stormblood unlocks Samurai and Red Mage, Shadowbringers has Gunbreaker and Dancer, and finally, Endwalker has brings Reaper and Sage.

There’s also the Blue Mage, which can be unlocked after you complete a Realm Reborn in Limsa Lominsa, but it’s deemed a “Limited Job” with its own approach to content. 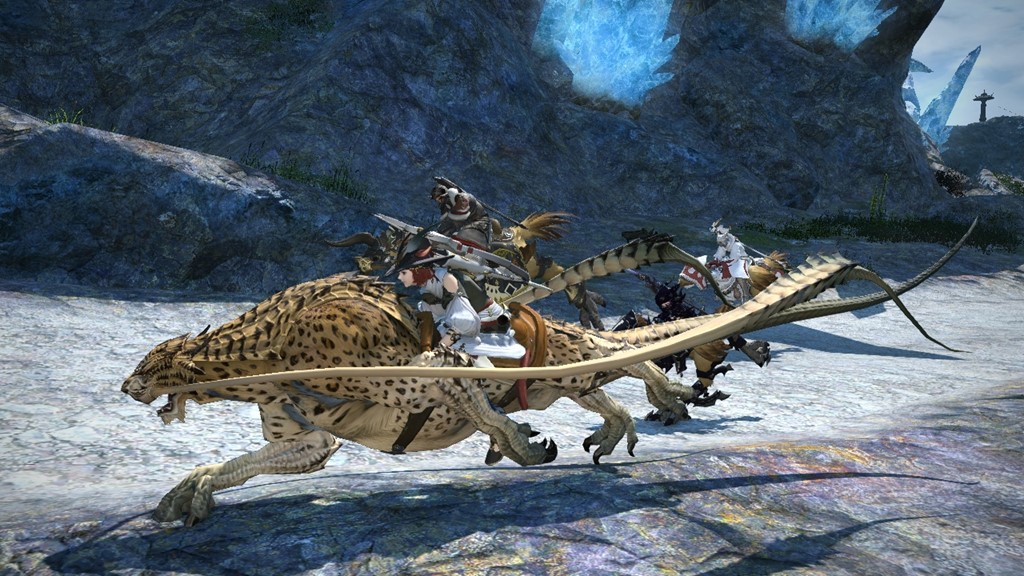 What Do I Need to Know about Data Centers and Worlds?

After choosing your character’s starting class, you must now pick your Data Center and World. Based in major regions, Data Centers are the major hubs for Worlds, Square Enix’s term for servers. Typically, you’ll want to pick the Data Center closest to where you live.

You can play with other players in the same Data Center, and even visit other Worlds should you wish to make it easier to party up or find friends on other ones.

This ability to travel does come with some restrictions however, so if you want to be based in another World, you will usually need to pay for it – though some are exceptions given if your current World is overcrowded. 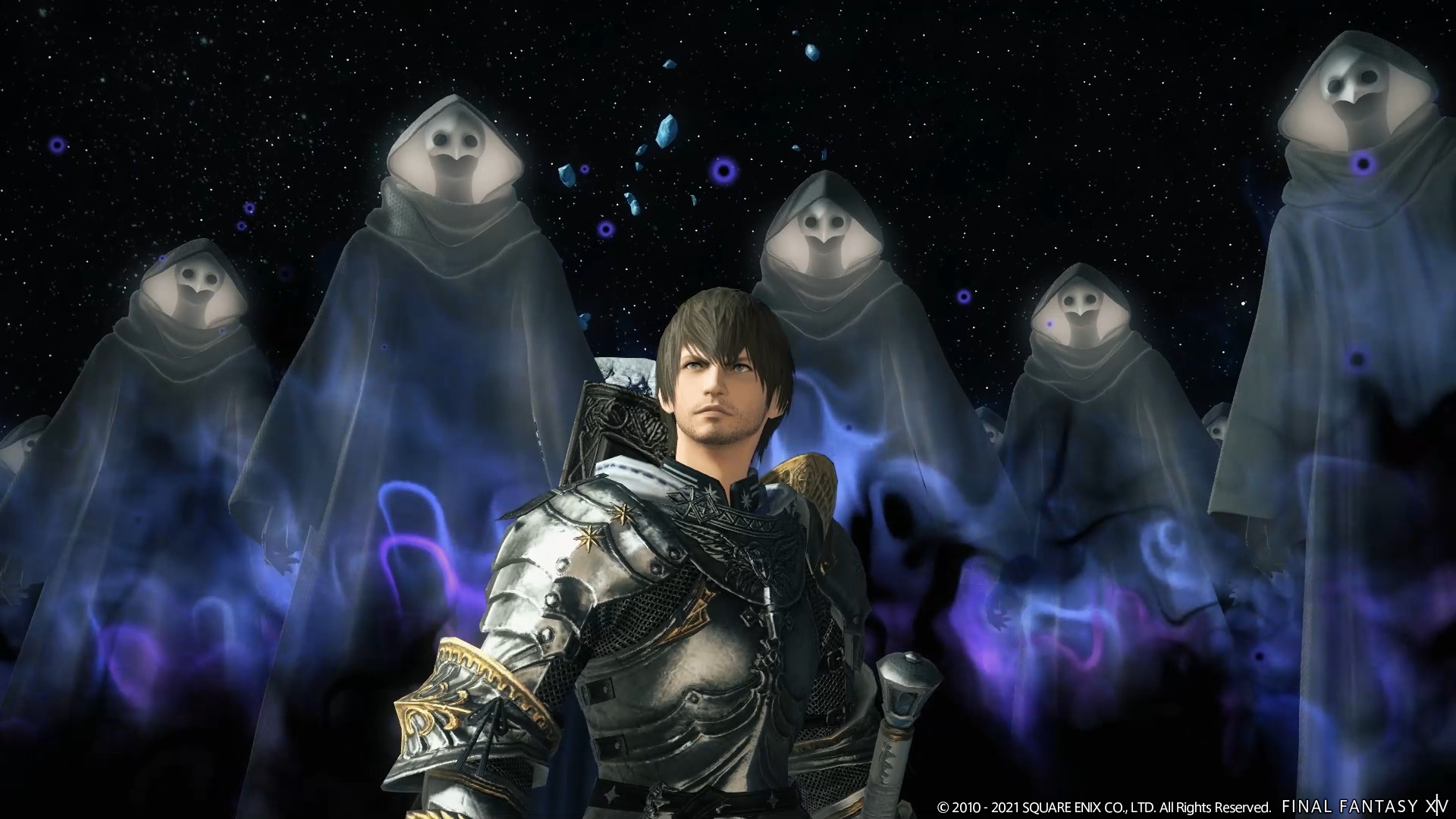 When selecting a World, you may notice in rare instances that a World is marked as “preferred”. This typically denotes a World which is brand new that the developers want to encourage players to fill. To further incentivize this, characters created on those worlds gain double EXP up to level 80.

If you want more information on this system, you can find the full Home World Transfer FAQ here. 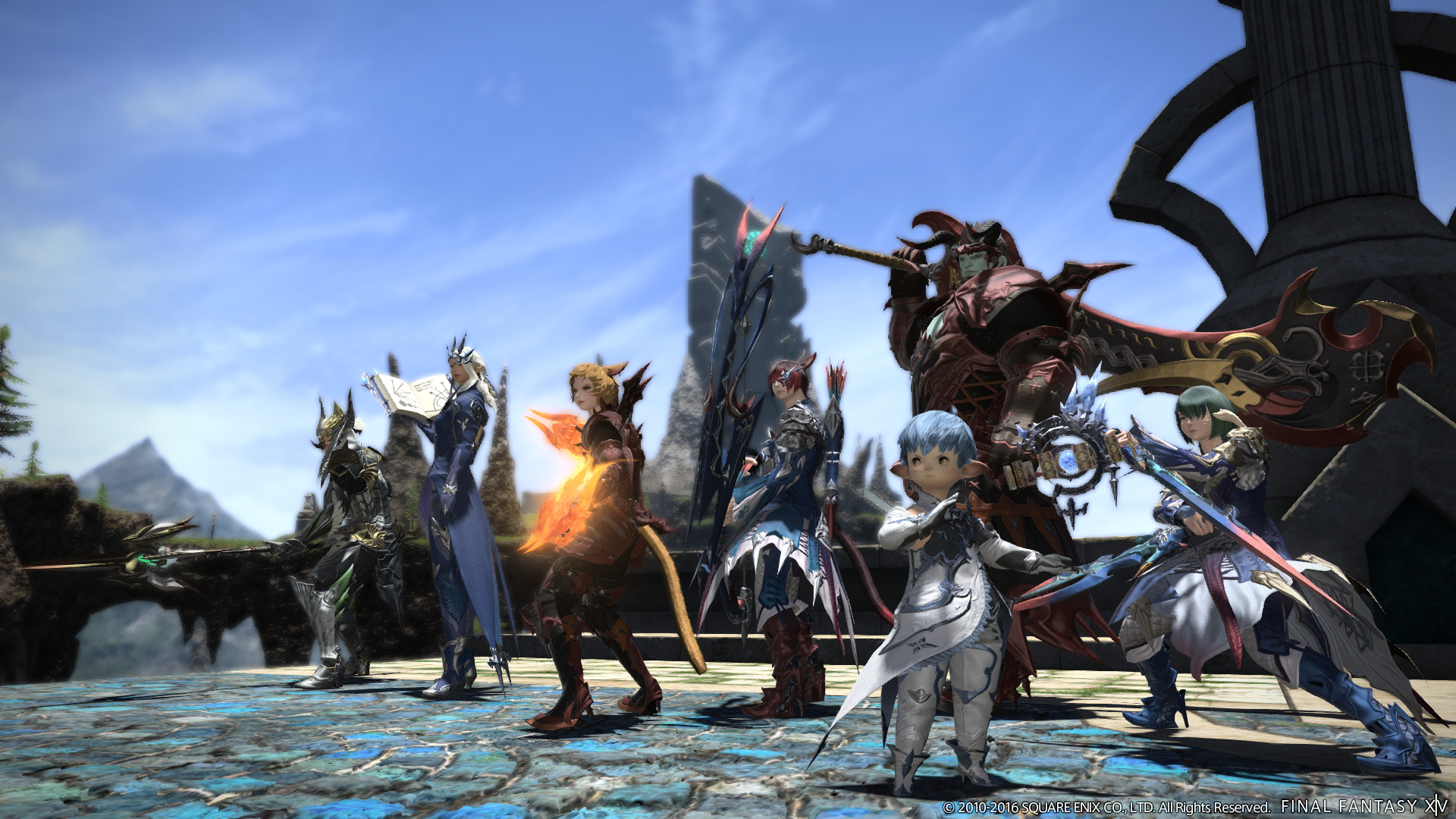 In summery; choose your race, gender, skin, build, and voice carefully, but don’t sweat too much over hair and make-up. Finally, choose your starting class – keeping in mind you can ditch it later if you hate it- pick your server, enter a name, and you’re done!

Oh the places you’ll go, the story that will unfold, and the big horrible beasties that you’ll slay. The best part? You’re gonna look good while doing it. 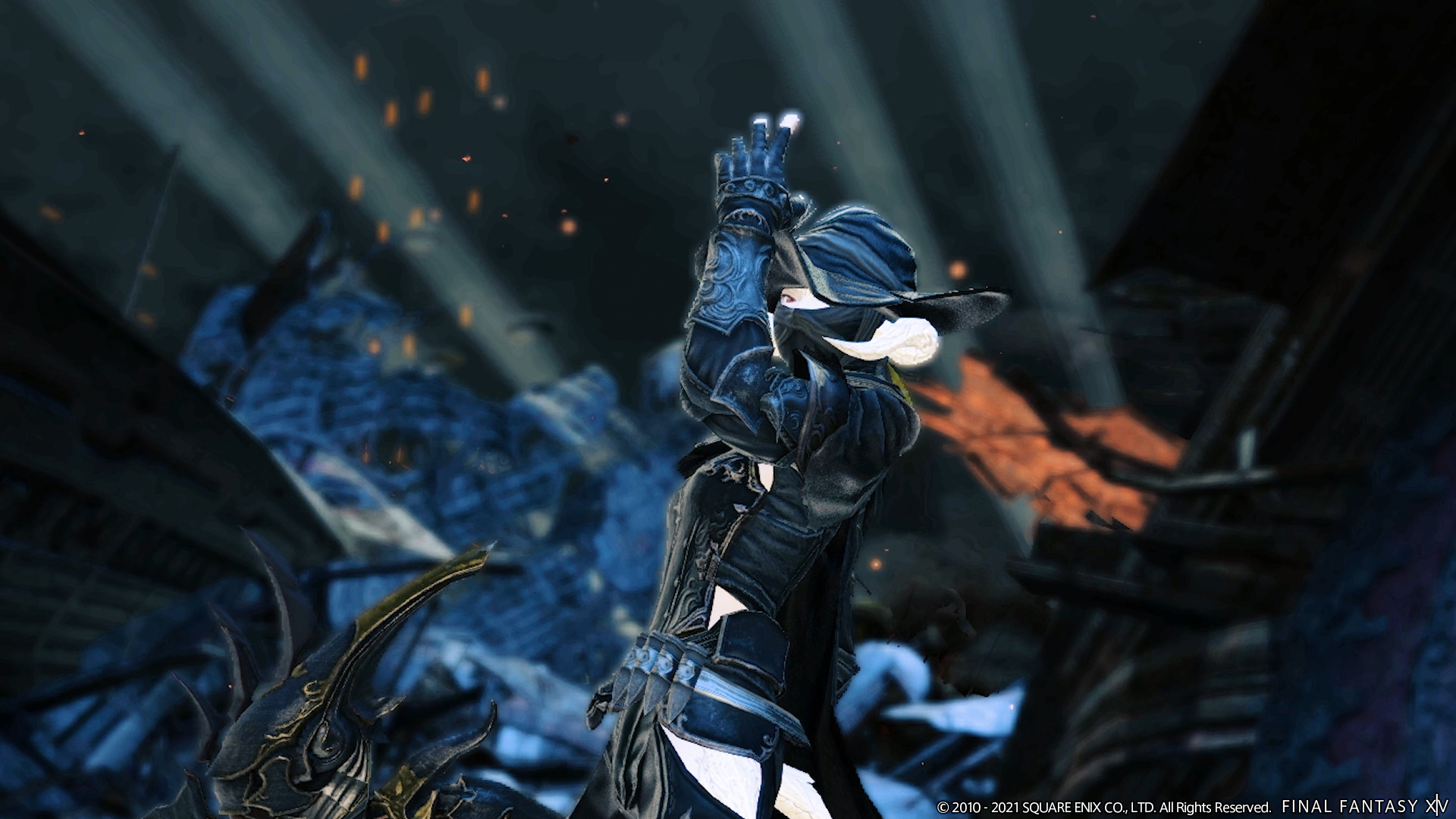 Are you planning on joining the world of Final Fantasy XIV now that it’s Endwalker-related account creation embargo is up? Let us know your starting plans on social media or in the comments down below!

NEXT: Final Fantasy XVI Producer Yoshi-P Reveals Development Has Been Delayed By Almost Six Months Due To COVID-19