Square Enix has announced they have stopped selling Final Fantasy XIV; becoming so popular they cannot handle any more players. 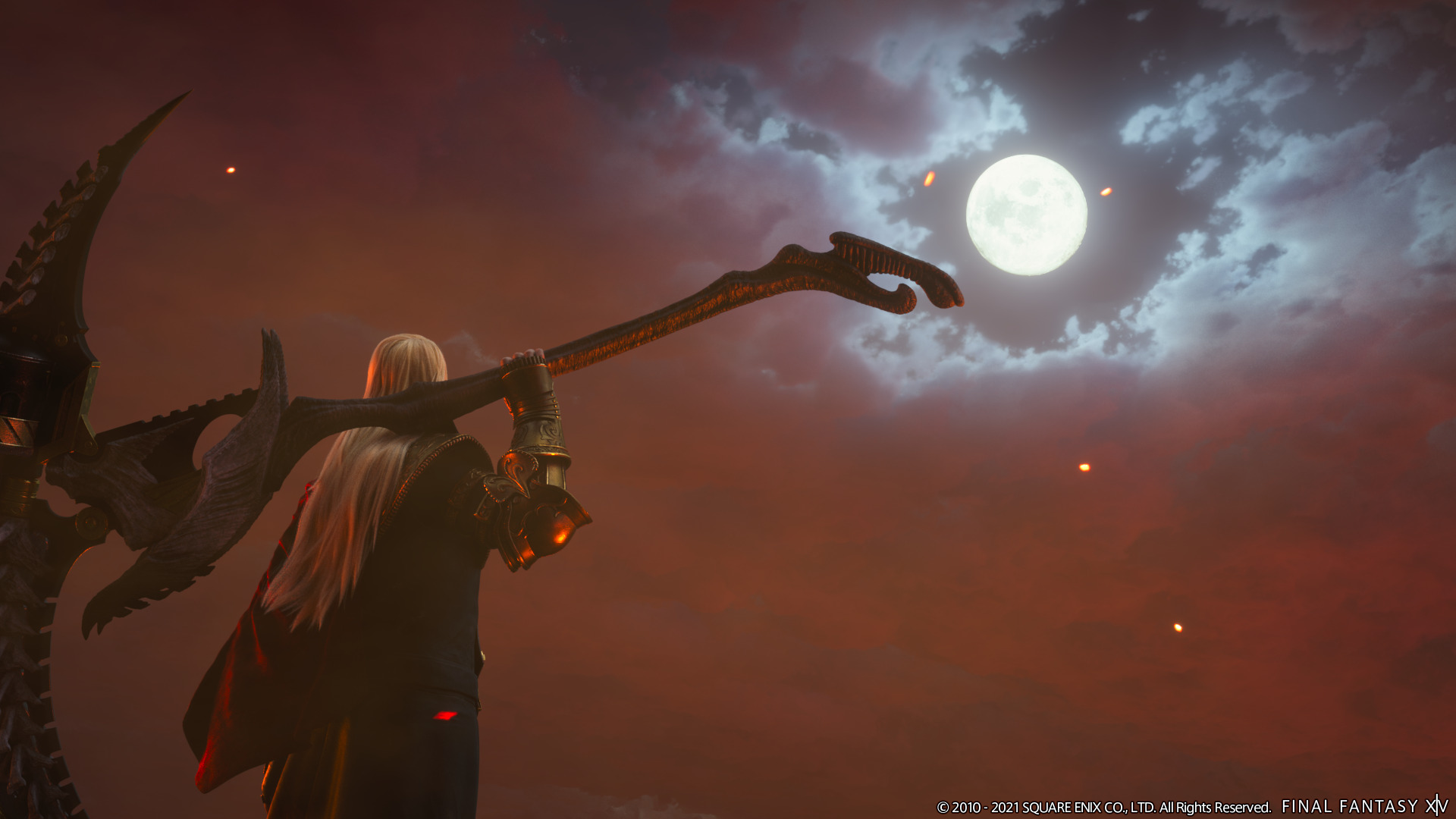 In a recent announcement on the Lodestone, Producer and Director Naoki Yoshida (known as Yoshi-P to fans) apologized that even after two weeks since the launch of the Endwalker expansion, players are still suffering from long login queues.

While the developers had previously granted seven free days of game time as compensation, Yoshida announced an additional 14 days had been granted. 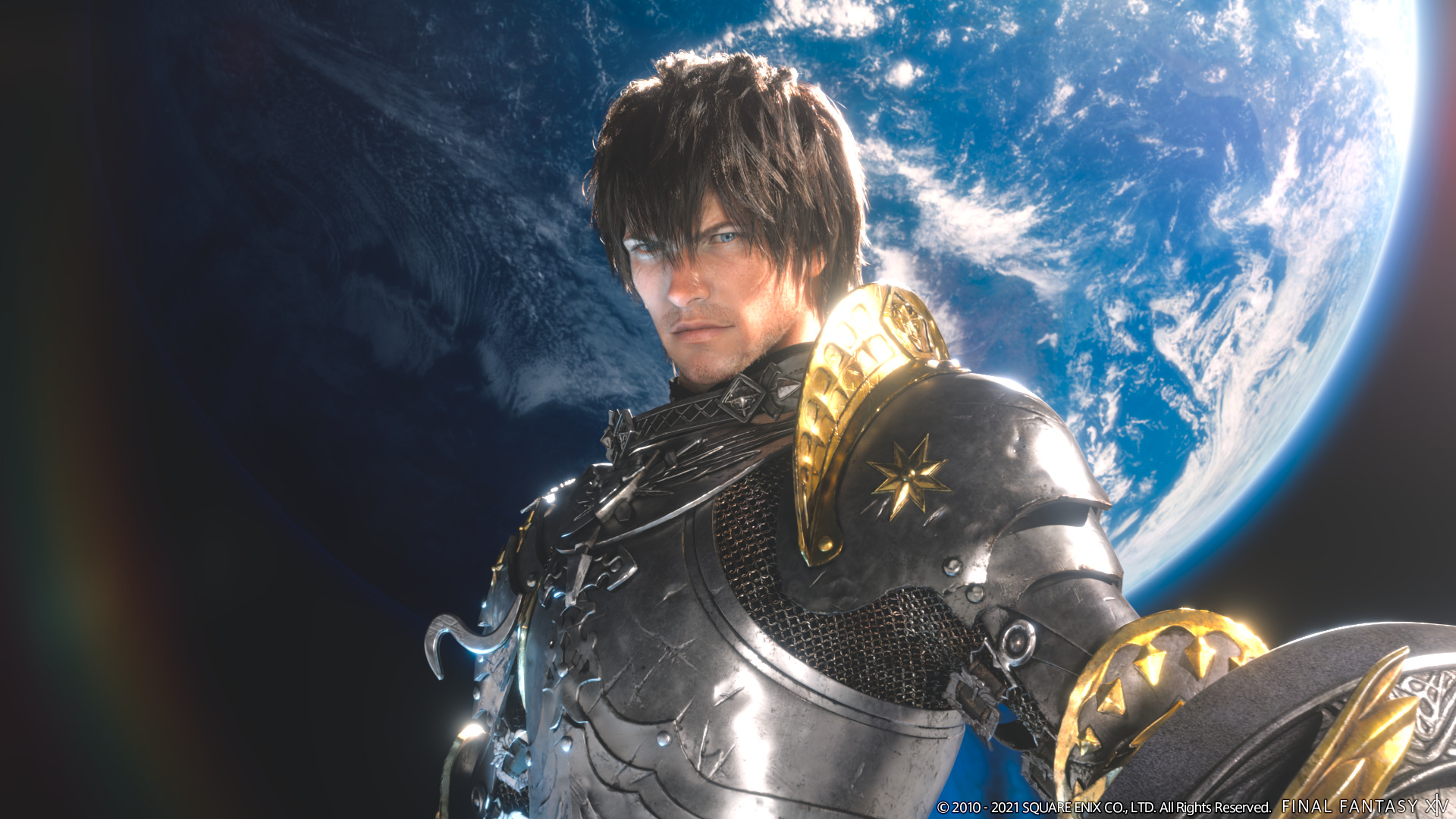 Most surprisingly Yoshida announced that, due to player numbers and play time far exceeding server capacity, Square Enix would “temporarily suspend the sale and delivery” of the starter and complete editions of Final Fantasy XIV.

He did state that “Expansion packs and Collector’s Edition digital upgrades will continue to be available  for existing players so that they may upgrade as needed.”

New advertisements of the game are also being suspended for the time being. However, he does note “it will not be possible to suspend some of the advertisements due to the nature of how they were set up.” 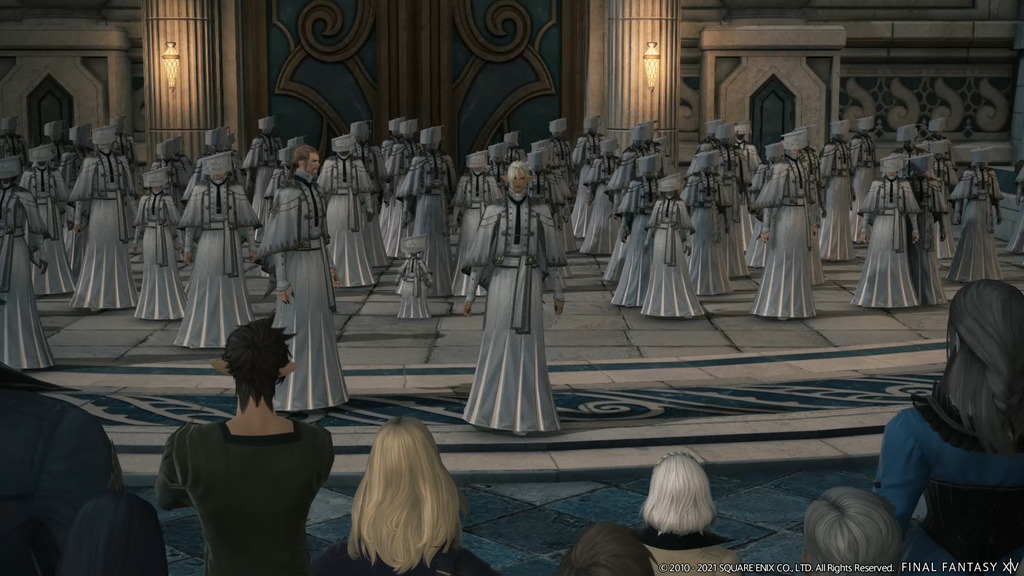 Further, while subscribed players had previously been prioritized over Free Trial players due to the sheer volume of players, now Free Trial players cannot play the game at all outside of late night and early morning hours (essentially not peak times).  He also noted they are suspending new registrations for the Free Trial.

“To those who have been invited by their friends and family who have been considering joining, as well as our retail partners,” Yoshida stated, “we sincerely apologize for any inconvenience this may cause, and ask for your understanding and cooperation in order to reduce congestion. We will continue to monitor the situation as we consider the timing around resuming sales.” 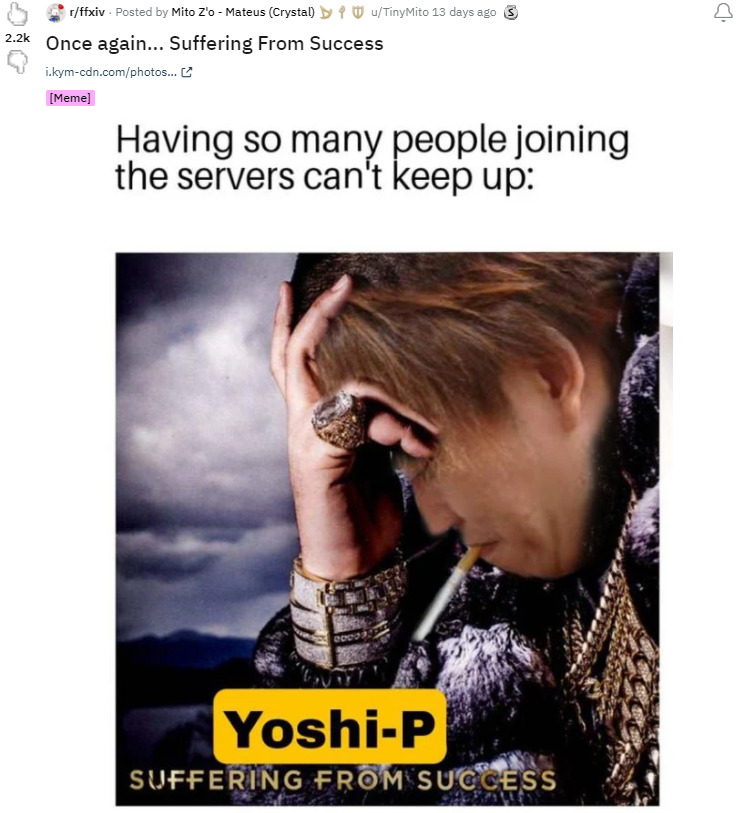 Yoshida would also reveal some of the game’s long-term strategy to deal with the increasing amount of players.

He explained, “Since July 2021, in order to accommodate the significant increase in the number of new players, we have been working towards building a new logical data center and adding new Worlds.”

“However, due to the effects of the COVID-19 pandemic, we have not been able to make any additions due to suspension of semiconductor production at manufacturing factories, decrease in production quantities, as well as a shortage of raw materials,” he stated.

He further noted, “Although we are investing much more money than usual, our attempts to alleviate the ongoing congestion situation are being delayed due to the physical shortage of server equipment.” Yoshida went on to reveal that he plans to reveal a roadmap by the end of January 2022. 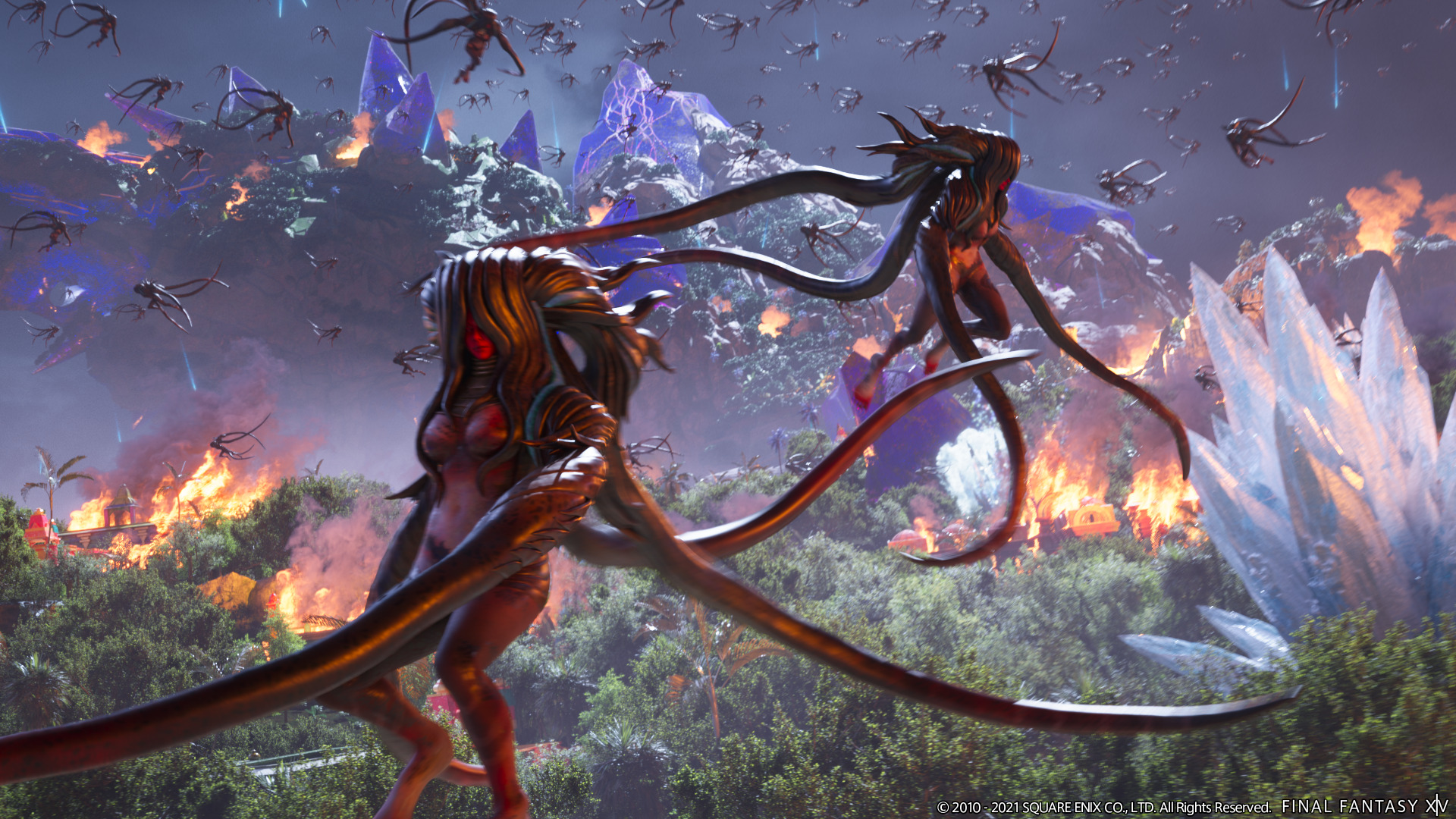 Part of that roadmap might include the addition of new servers in both North American and Europe. Yoshida said they “will be looking at the number of servers, infrastructure construction time, power issues, and server rack situation to see if we should do this sequentially or in one big push.”

“Either way, the plan is to introduce a large number of additions, which we intend to carry out quickly and safely with as minimal inconvenience to our players as possible, and we will follow up regarding this matter as we progress,” he added. 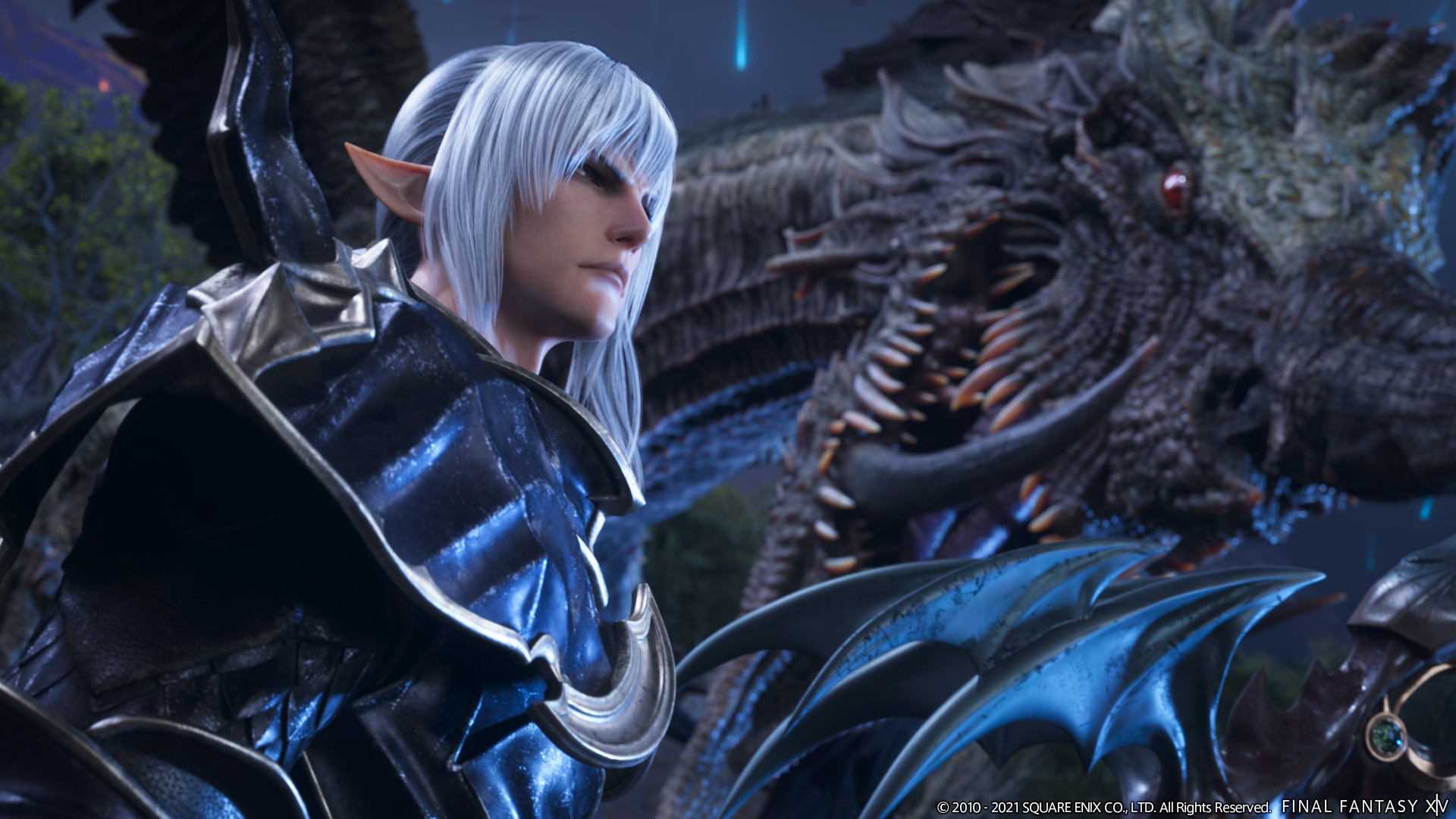 The MMORPG has seen a huge boost in player numbers due to a perfect storm. World of Warcraft, formerly the titan of the MMO genre, has fallen on hard times.

These factors in turn led to Word of Warcraft streamer Asmongold trying Final Fantasy XIV on stream. Soon after, the game broke its concurrent Steam players record with 47,542 players in July of this year.

That record would soon be thrashed earlier this month, with 95,000 concurrent players. It should be noted the game is also available on PlayStation 4, PlayStation 5, and directly from Square Enix on PC. 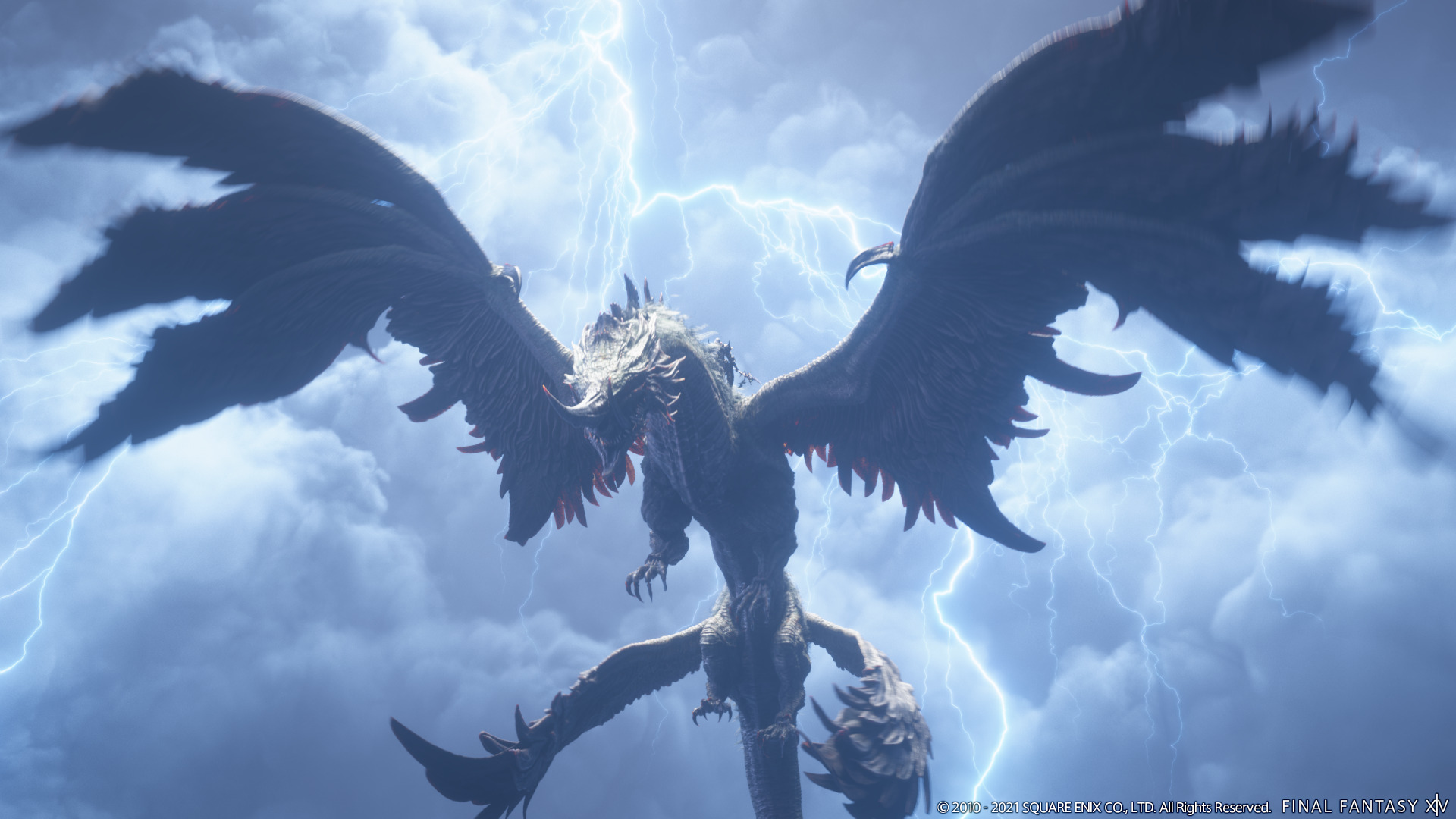 RELATED: Former World of Warcraft Dev Mark Kern Responds To Rumors of Blizzard Turmoil: “The Attitude Described About Monetization, How Devs View Gamers, And Hate Of Streamers Is True Overall In AAA Dev”

Other World of Warcraft creators, like Pint, dipped their toes, and so more people wanting a new MMO, or were just curious, learned of Final Fantasy XIV.

The game’s free trial is also quite generous- letting players enjoy the entire base game, the first expansion- Heavensward- and a level cap of 60 with a few other limitations.

**Editor’s Note: The above video criticizes the game’s housing mechanics, which have since been overhauled with the launch of recent patches.**

Memes, videos, and plenty of content creators making new videos, created the best advertising Square Enix never paid for. Or at least, not directly. Because Square Enix sure paid the price of having a sudden influx of players they never expected.

The western servers for the game were briefly full in July of this year, and the game’s Complete Edition had to implement a waiting list—for a digital copy. Square Enix had to redefine what it considered congested and “standard,” and had to endure European DDOS attacks. Even the original creator of Final Fantasy- Hironobu Sakaguchi- played and completed the game. 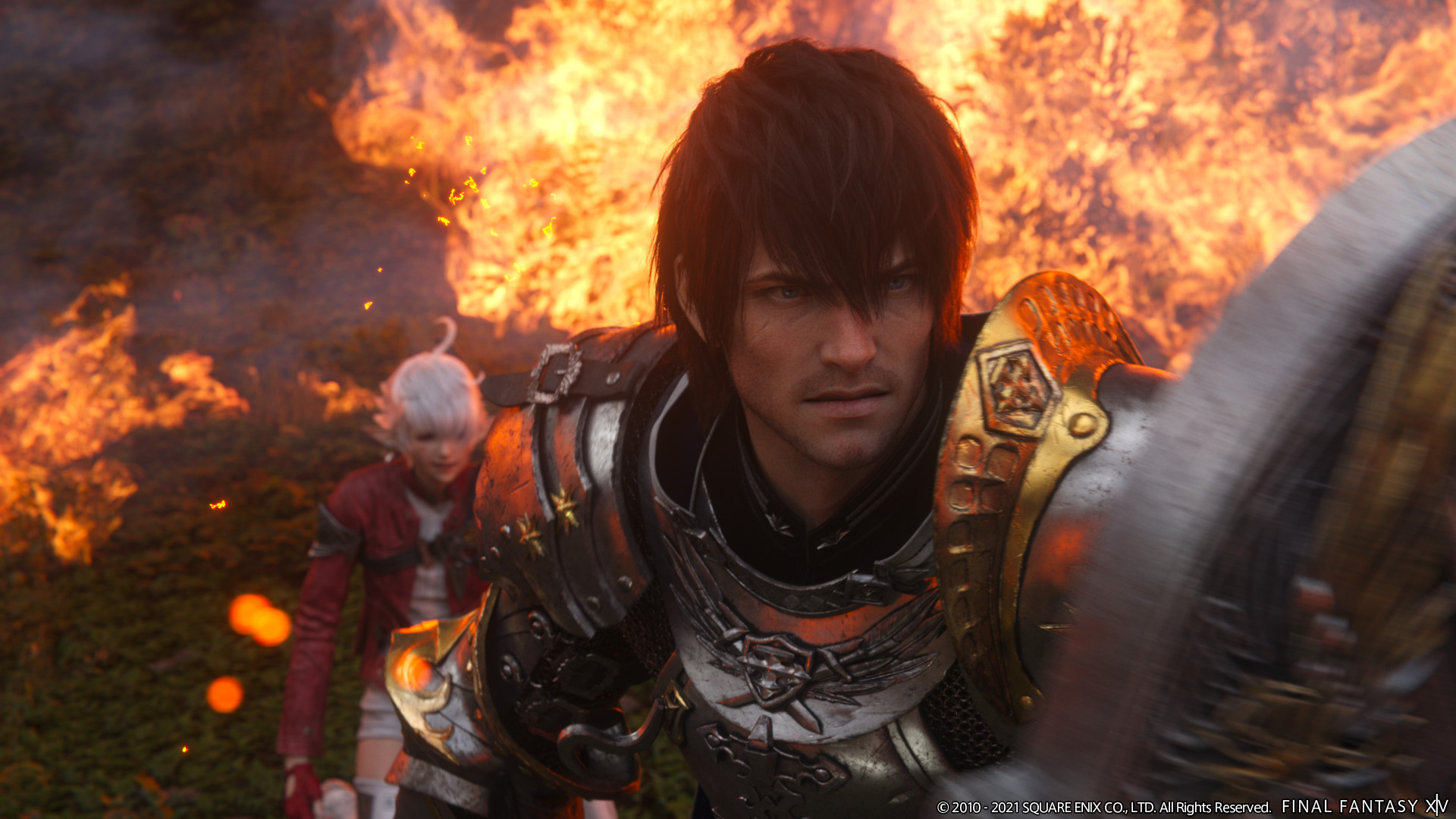 All the while, Yoshida insisted players continue to play as normal; barring the 30 minute inactivity log-out that had been implemented.

Yoshida has been praised as saving the game. It’s original launch in 2010 was a disaster, as documented by Noclip [1, 2, 3], and humorously abridged by Trueblade Seeker. Yoshida even revealed in the new announcement that the infamous Error 2002 during login was from a program from version 1.0.

Yoshida was brought on as the new director and producer, and the remade base game and every expansion has been met with rave-reviews from fans and critics alike.

Final Fantasy XIV was announced in October as having 24 million registered players (including free trial players), and becoming the most profitable Final Fantasy title to date.

This success is likely born of Yoshida being an admitted gamer himself, playing the game to ensure all elements are fun. When the Endwalker expansion was delayed two weeks– the first time Yoshida had ever delayed a game he had worked on- he was almost driven to tears while apologizing.

Despite the delay, clearly players want to play the game. They have endured long log-in queues, error codes thanks to those queuing with unstable connections, and even intentional error codes to prevent so many people logging in that it would crash the queue server.

But many of them are taking it all in stride and even putting a humorous spin on it as seen in the Reddit post below. 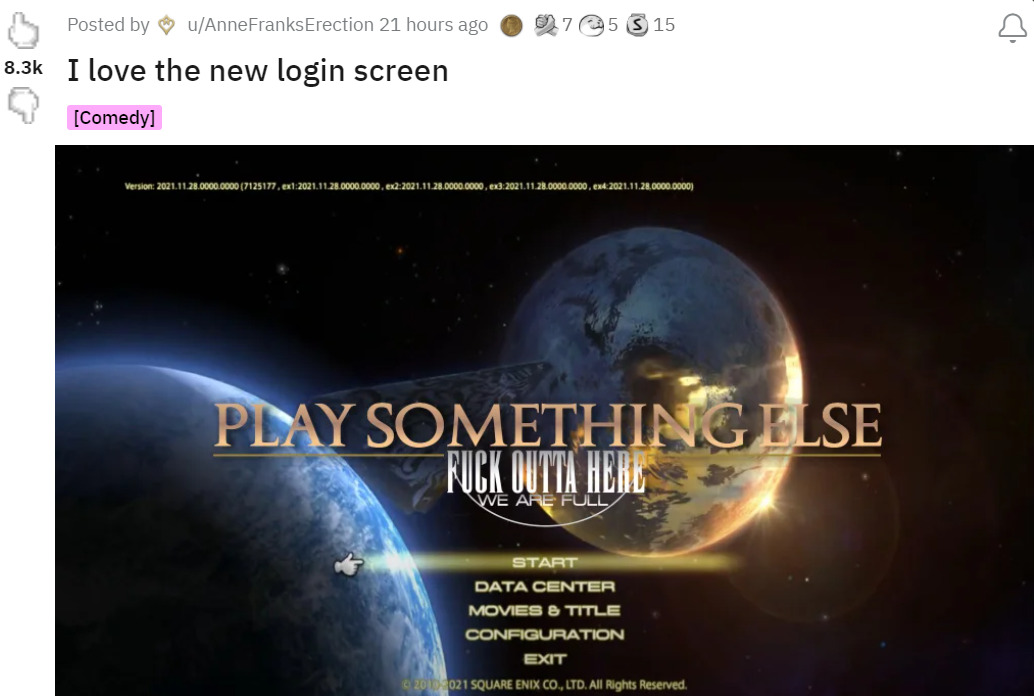 What do you make of the Square Enix suspending sales and shutting down new Free Trial subscriptions due to the sheer number of players trying to play the game?