A pair of paintings featured in World of Warcraft since the game’s initial launch, one slightly sexualized and the other a bikini pinup, have been censored by Blizzard. 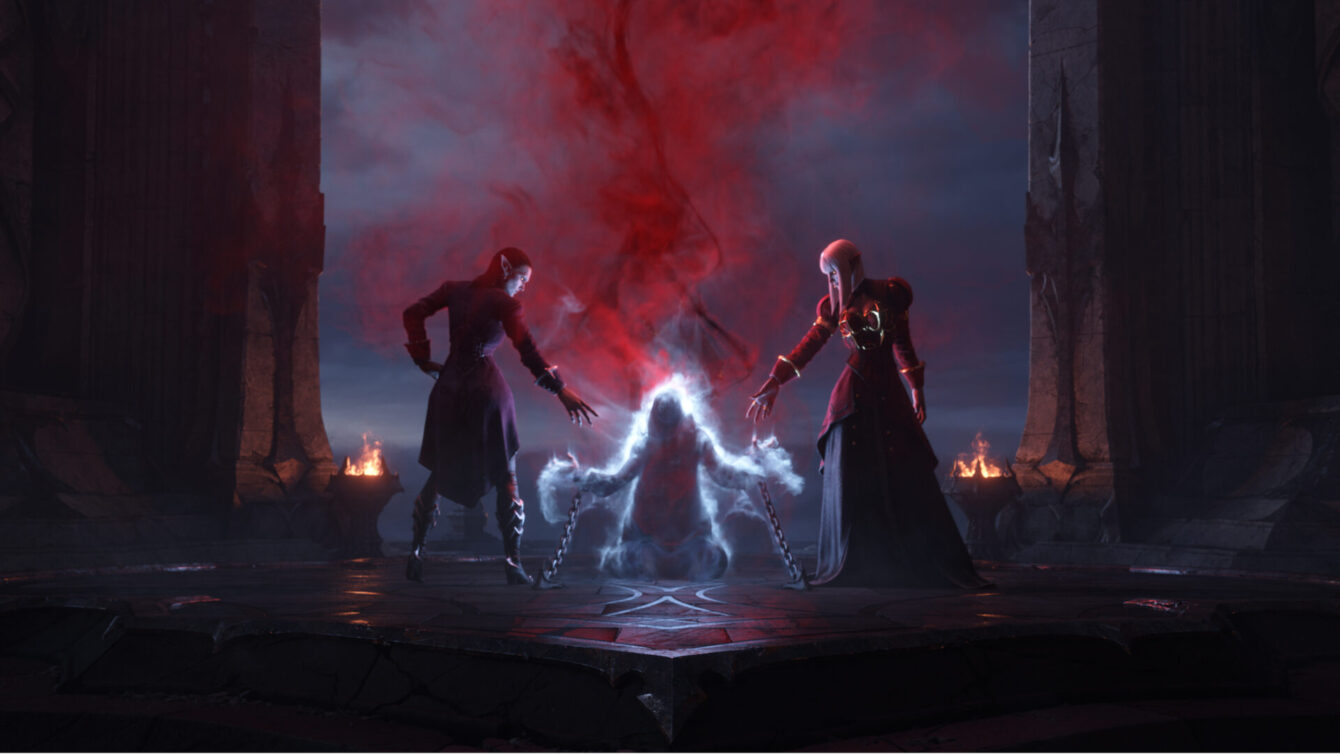 Related: Blizzard Announces Various World of Warcraft Locations and NPCs Will Be Renamed In Wake Of California Sexual Harassment Lawsuit

As brought to widespread attention by WoW resource outlet Wowhead, the game’s recently released Patch 9.1.5 has quietly censored two images, ostensibly in an attempt to ‘clean up’ their image in light of their currently ongoing sexual harassment lawsuit.

The first, which can be found in Ravenholdt and previously depicted a busty woman clad in a low-cut robe, now sees the same character wearing a more modest version of her longtime outfit. 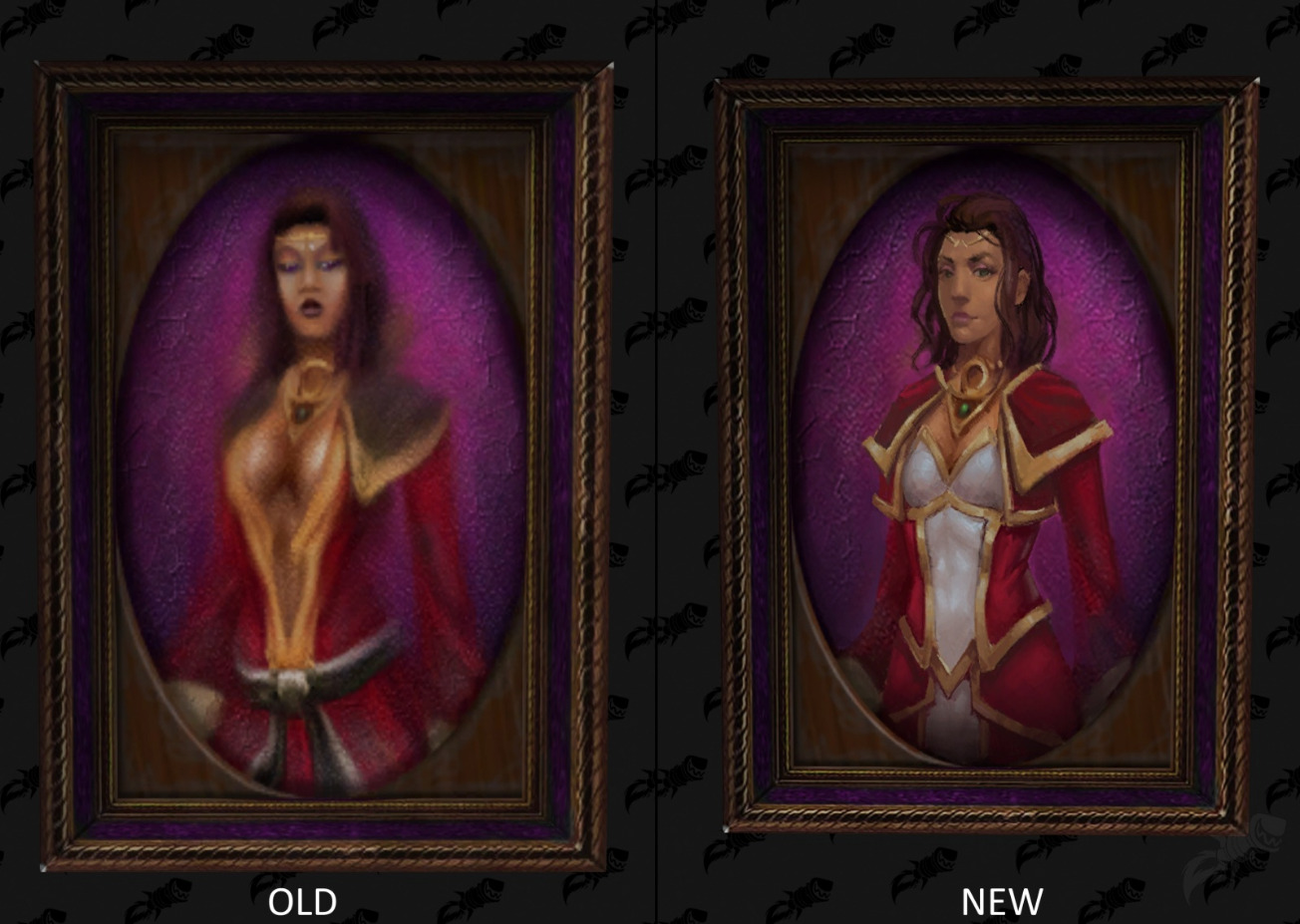 Similarly, in the eponymously named Stormwind City base of the kingdom’s SI:7 secret spy force, a painting featuring a woman dressed in Middle Eastern-inspired dress and clad in a bikini, has been replaced with a painting of a simple bowl of fruit. 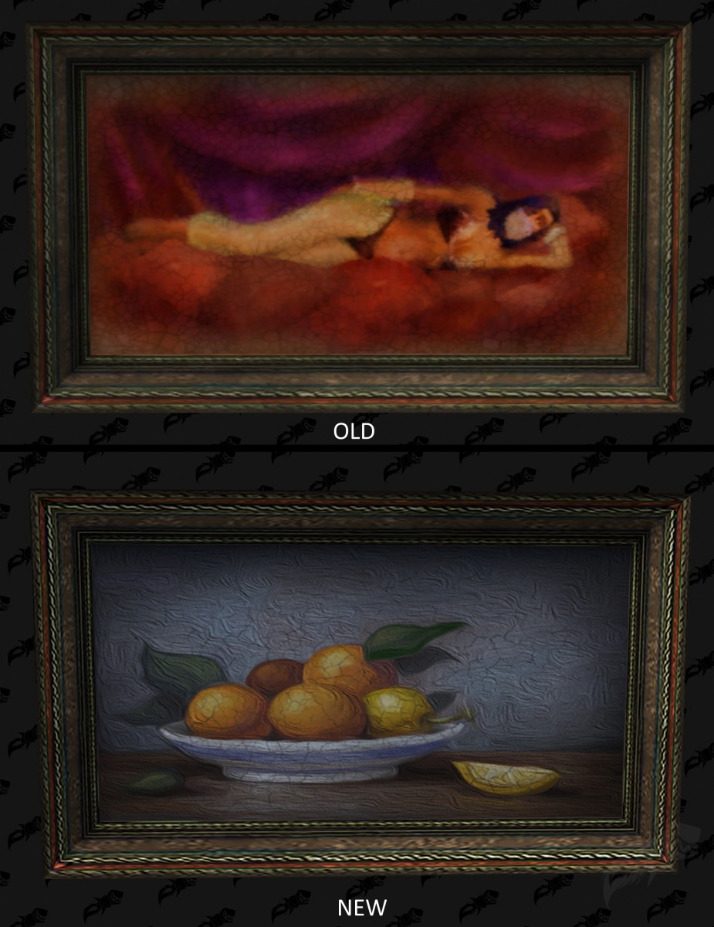 These painting changes are just the latest of Blizzard’s half-hearted and virtue-signalling attempts to rehabilitate the company’s image in recent weeks.

Last month, as a direct result of the aforementioned lawsuit, Blizzard announced that they would be renaming various WoW elements, as well as Overwatch hero Jesse McCree, in the hopes that their less-than-half-hearted attempts at addressing their company’s internal issues would earn them back some amount of goodwill. 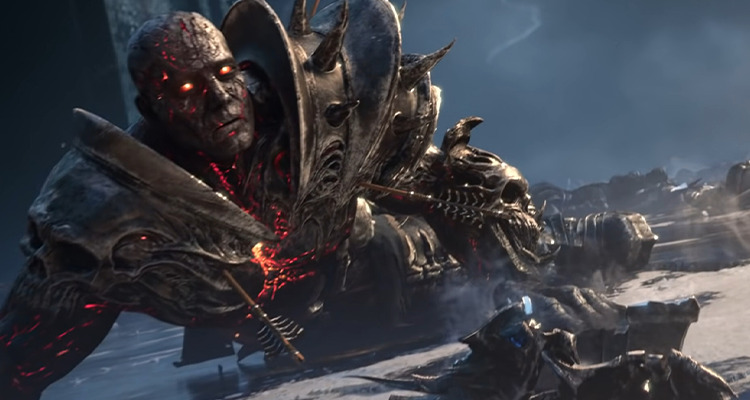 Interestingly, the changes to these paintings were not detailed in the extensive patch notes released by Blizzard in the days prior to Patch 9.1.5’s release.

What do you make of this instance of censorship by Blizzard? Let us know your thoughts on social media or in the comments down below!