A new class action lawsuit filed against Universal Pictures claims that the studio engaged in false advertising by featuring No Time To Die actress Ana de Armas in the trailer for The Beatles-inspired romantic comedy Yesterday despite ultimately cutting her from the theatrical release of the film. 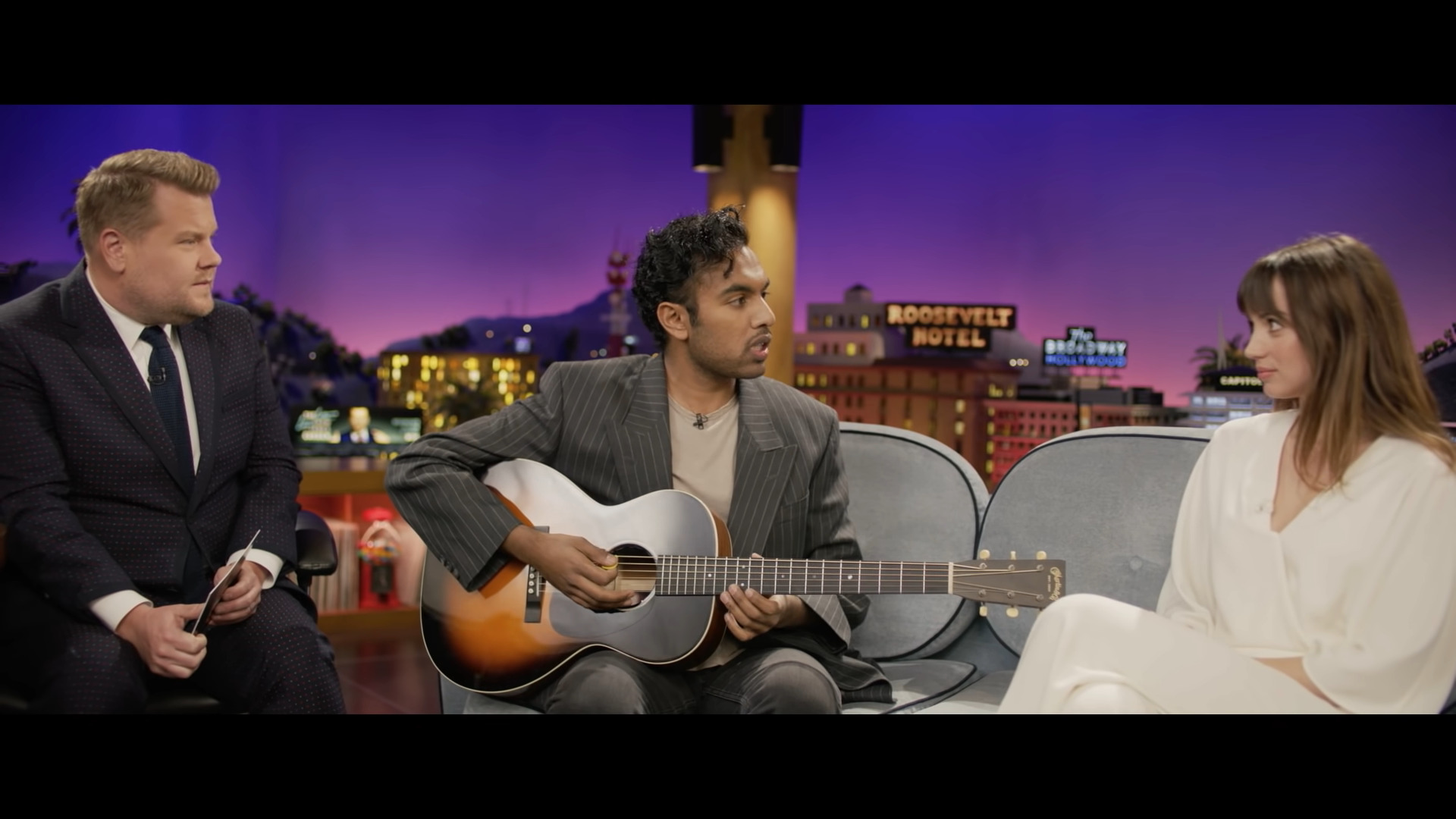 Filed on January 21st by Conor Woulfe, 38, and Peter Michael Roza, 44, with the U.S. District Court of Central California, the lawsuit asserts that Universal’s “nationwide advertising and promotion of the movie Yesterday” was intentionally deceptive because it appeared to indicate “to prospective movie viewers that the world famous actress Ana De Armas has a substantial character role in the film,” only for audiences to ultimately discover that the film “ fails to include any appearance of Ana De Armas whatsoever.” 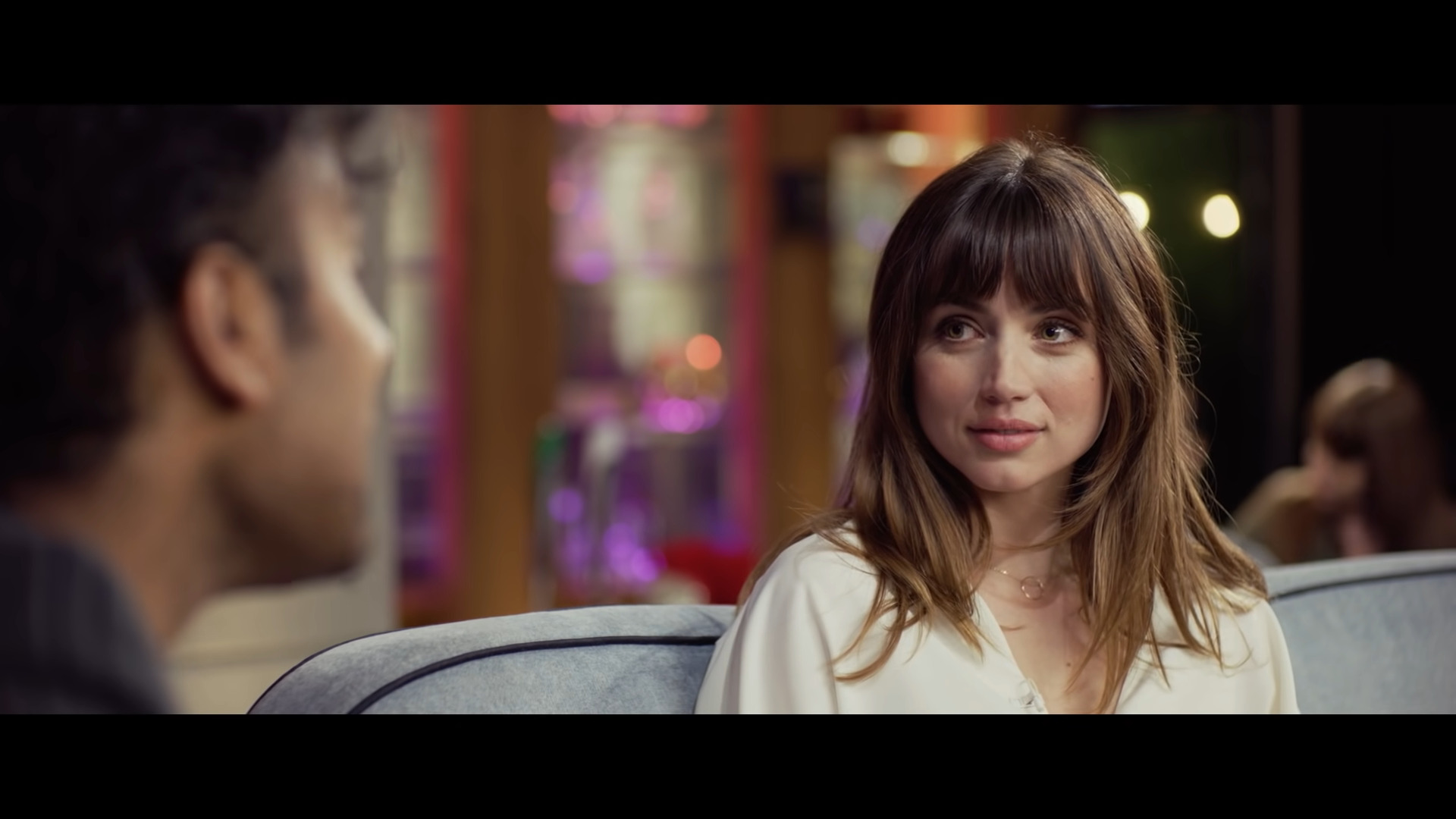 “Accordingly, Defendant’s advertising and promotion of the movie Yesterday is false, misleading, and deceptive,” it continues.

“Plaintiffs bring this action individually and on behalf of all other similarly situated consumers to halt the dissemination of Defendant’s false, deceptive, and misleading representations, to correct the false, deceptive, and misleading perception Defendant’s representations have created in the minds of consumers, and to obtain redress for those who have purchased, rented, licensed, or otherwise paid for attending showings of the movie Yesterday,” states the lawsuit. 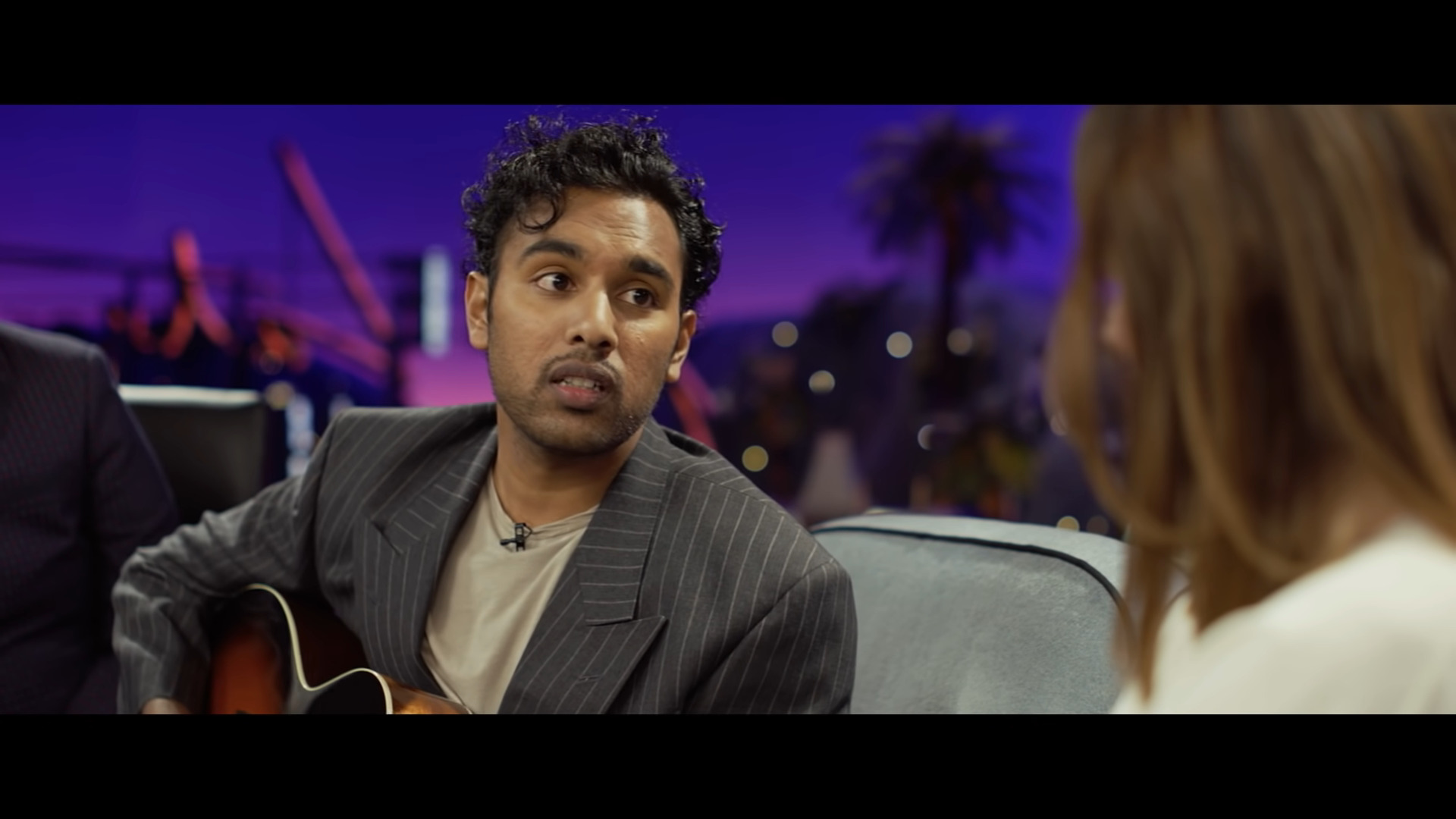 According to the pair, who each claim to have been “persuaded” to rent Yesterday for $3.99 from Amazon based on the assumption that de Armas would appear in the film, the fact that she made no appearance whatsoever inflicted “injury-in-fact and lost money” upon their persons.

“[If not for] Defendant’s false and/or misleading representations and deceptions promoting the movie, Plaintiffs would not have paid to view the movie Yesterday,” the lawsuit notes. 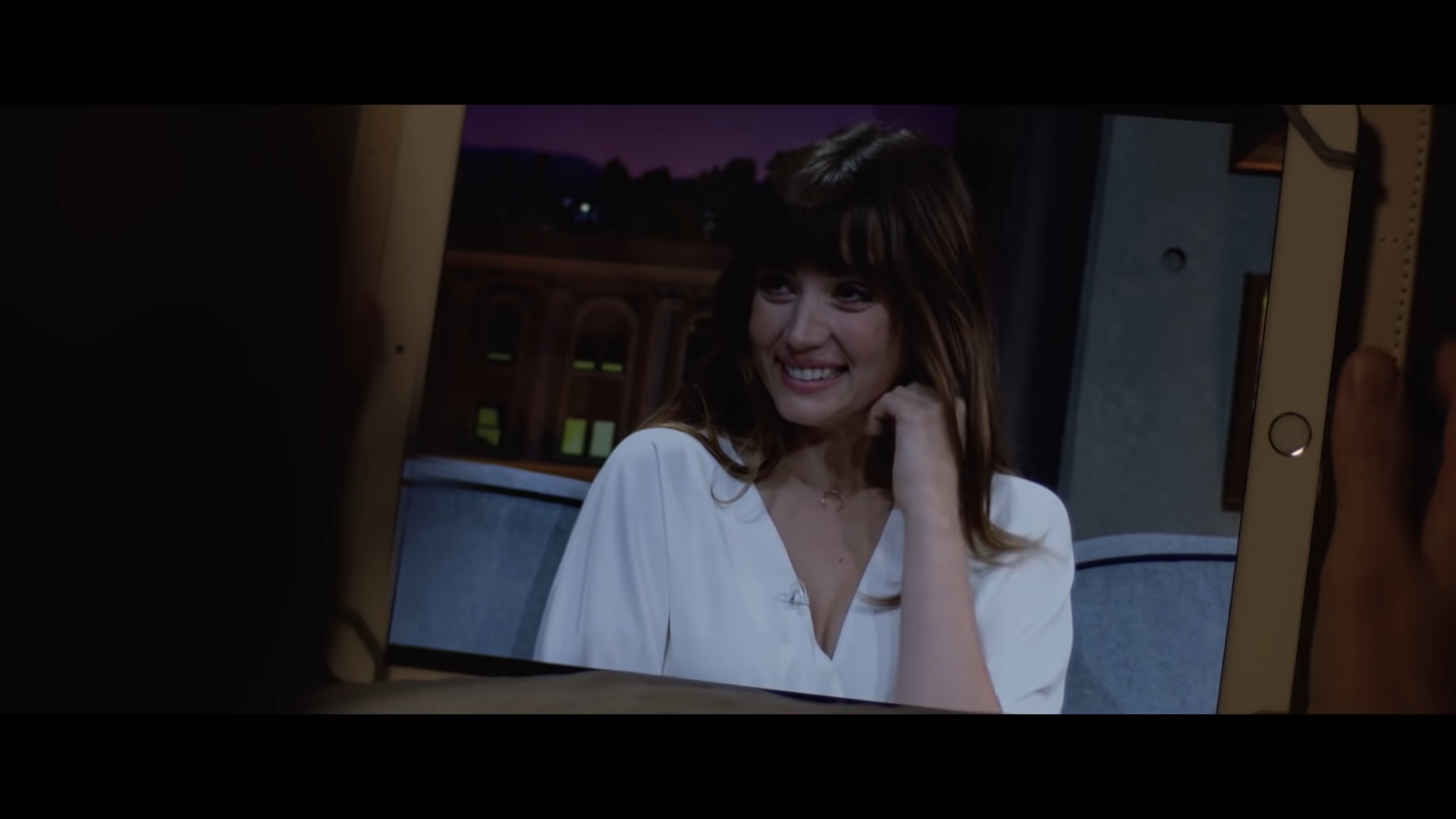 As explained in the lawsuit, “Ms. De Armas was originally cast to co-star in the film Yesterday as a character named Roxanne. Accordingly, scenes featuring Ms. De Armas as the character Roxanne were shot for inclusion in the original version of the movie.”

“In the original version of the movie, the character, Roxanne, was written as a known actress that meets the protagonist Malik [Himesh Patel] during a late night talk show appearance,” it elaborates. “During the talk show appearance, the host [James Corden] first suggests that Malik write a song about Roxanne. Immediately revising his song writing request, the talk show host subsequently tells Malik to write a song about ‘something.’ Malik – in reply – plays the The Beatles’ song Something seated next to and gazing at Roxanne.”

“As the scene appears in the movie trailer for Yesterday, a romantic attraction is immediately sparked between the two characters,” the lawsuit asserts.

“The film’s female lead Ellie, played by the relative unknown actress Lily James, witnesses the meeting on television from home,” the lawsuit adds. “In the scene as it appears in the Yesterday, Ellie is visibly upset that she might lose Malik to Roxanne.” 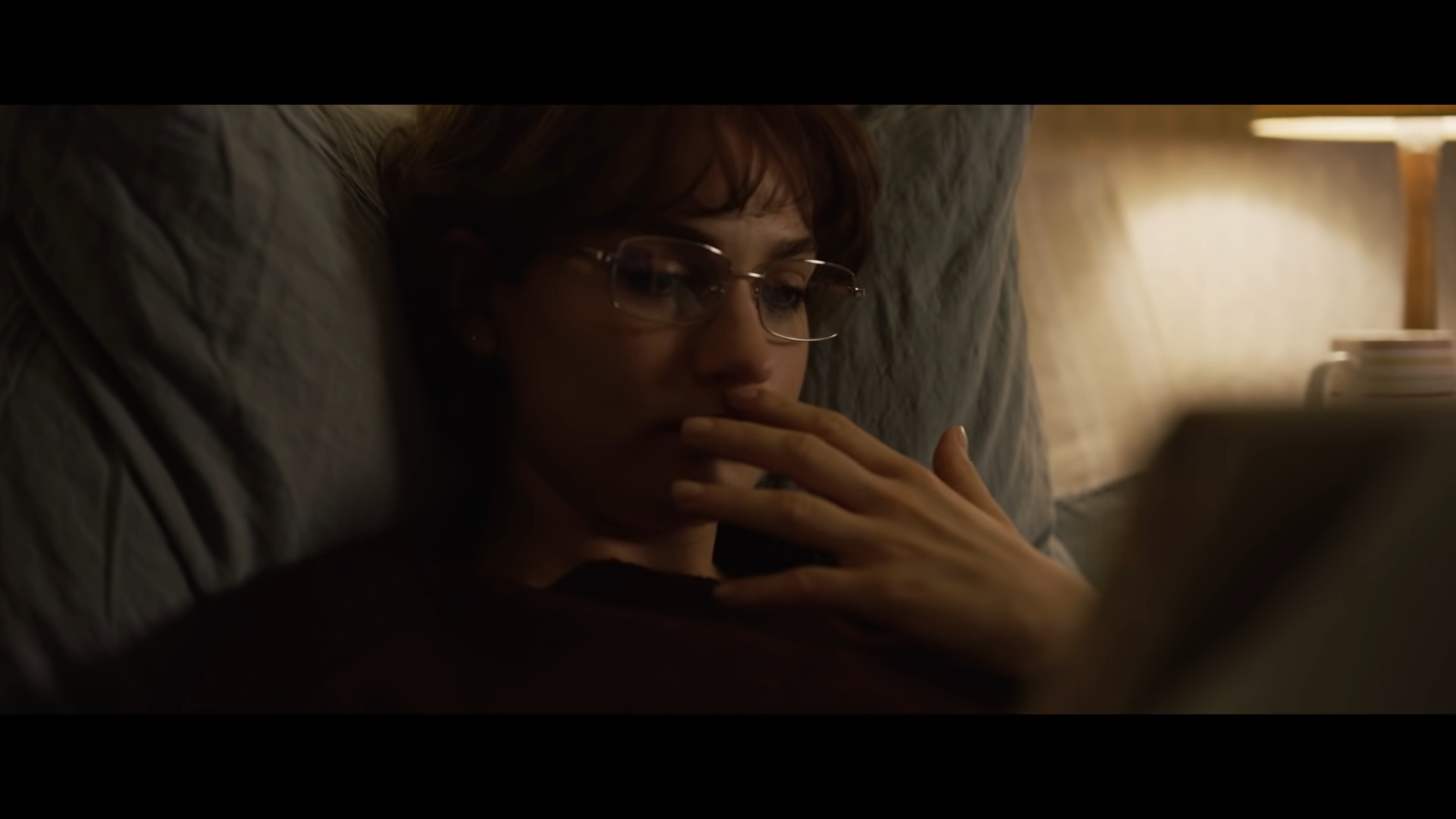 Woulfe and Roza further claim that because Universal was “unable to rely on fame of the actors playing Jack Malik or Ellie to maximize ticket and movie sales and rentals, Defendant consequently used Ms. De Armas’s fame, radiance and brilliance to promote the film by including her scenes in the movie trailers.”

“Ms. De Armas, in contrast to the actors playing Jack Malik or Ellie, is famous and is a viewership draw by herself,” they argued. “Despite knowing that Ms. De Armas was not in the released version of the movie Yesterday, Defendant has consistently promoted Ms. De Armas as a character starring in the film, by including her scenes in Yesterday’s movie trailers.” 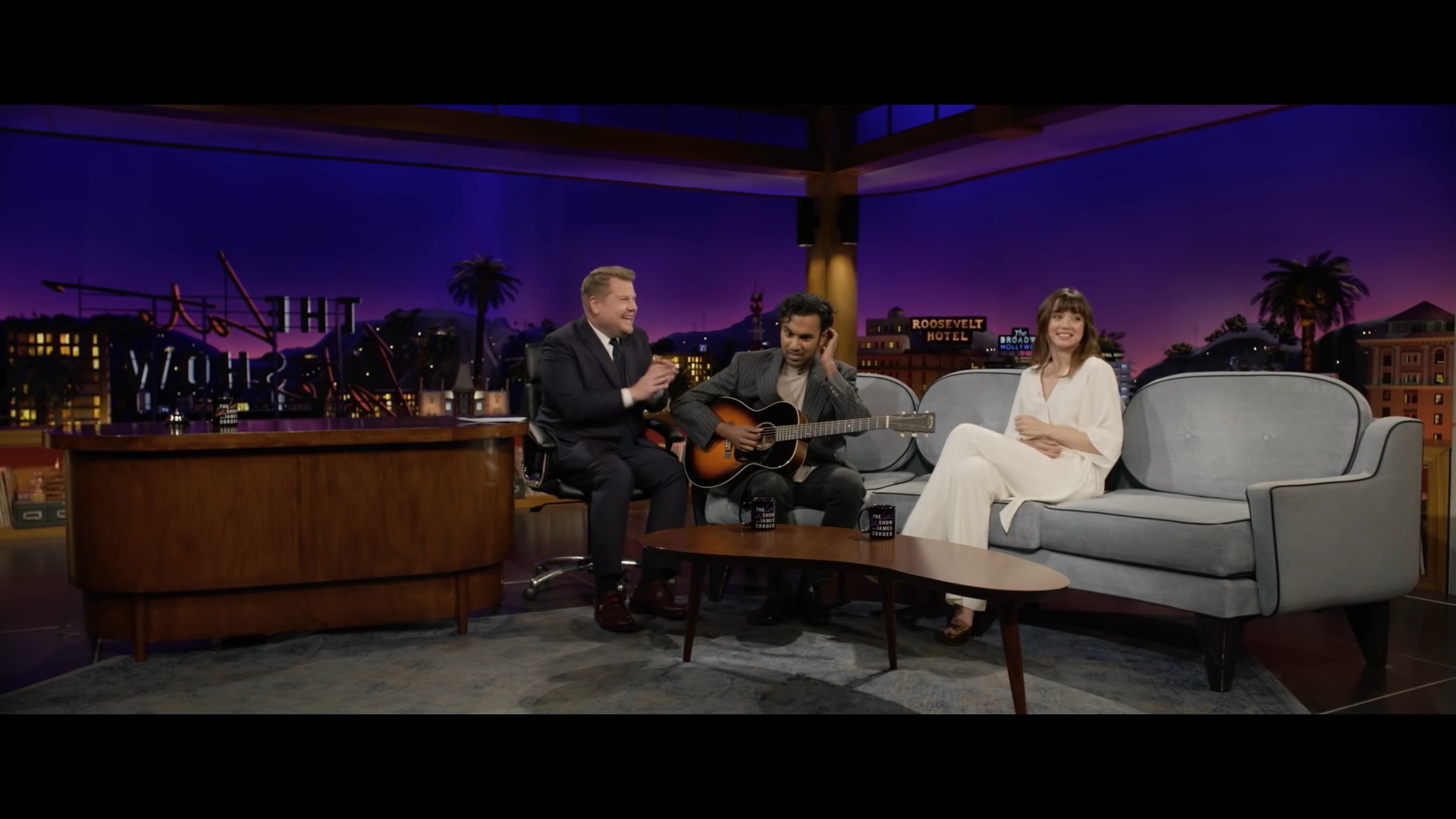 The pair are seeking restitution from Universal of at least $5 Million USD, the undertaking of a “corrective advertising campaign,” and damages and attorney fees for all affected moviegoers.

At the time of writing, Universal has not commented on Woulfe and Roza’s lawsuit.

Do you think the two plaintiffs have a case? Let us know your thoughts on social media or in the comments down below!