The eponymous founder of popular webcomic studio Merryweather Comics has reportedly received “threats of violence and verbal harassment” over a recent comic in which he humorously criticized the concept of NFTs. 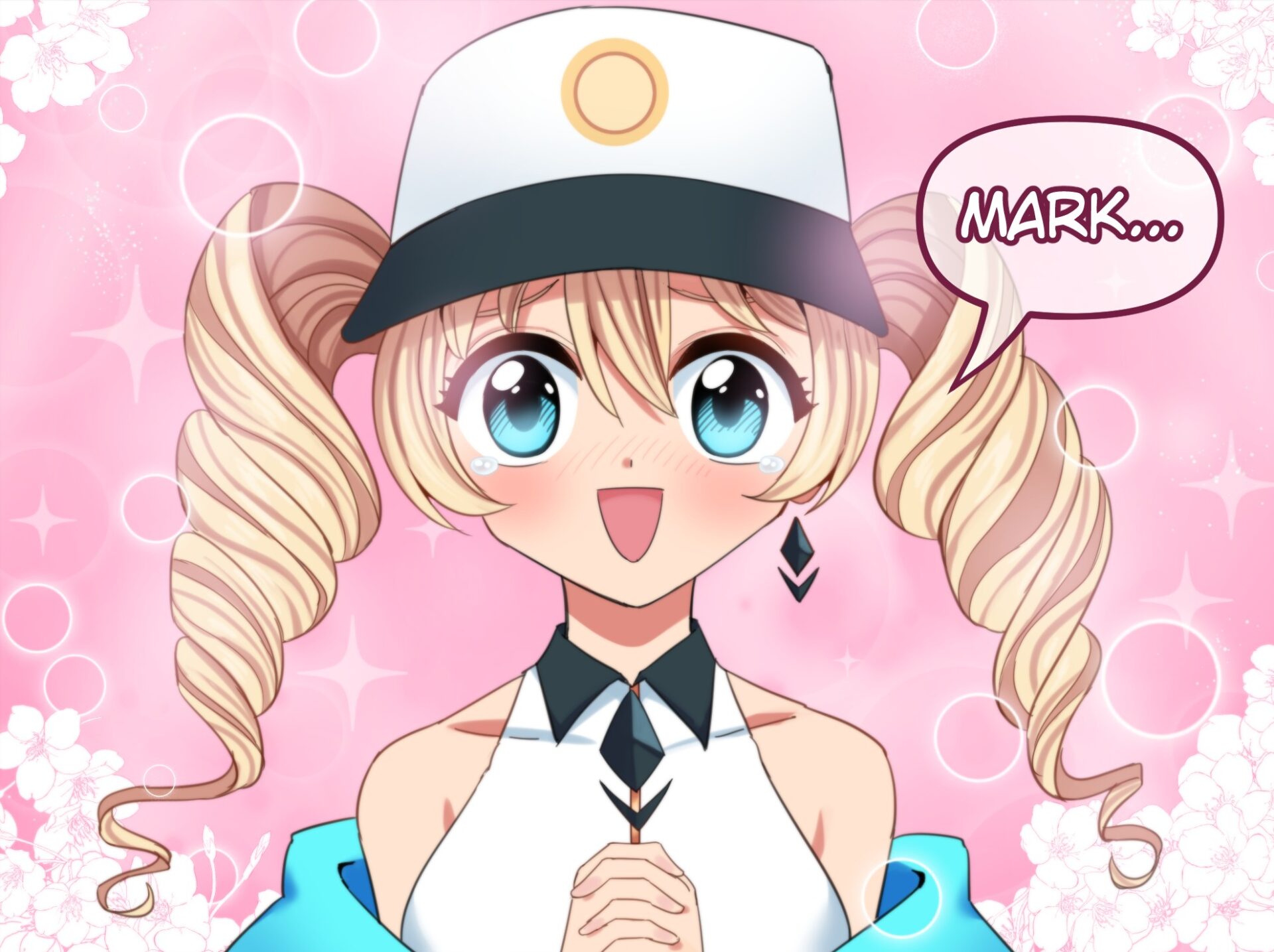 Published to the studio’s collective social media accounts on March 15th, Merry’s short comic told the story of an anthropomorphized representation of the NFT concept, aptly named NFT-chan, as she searches for acceptance among the world.

“Why does everyone hate me?!” asks NFT-Chan as the comic begins. 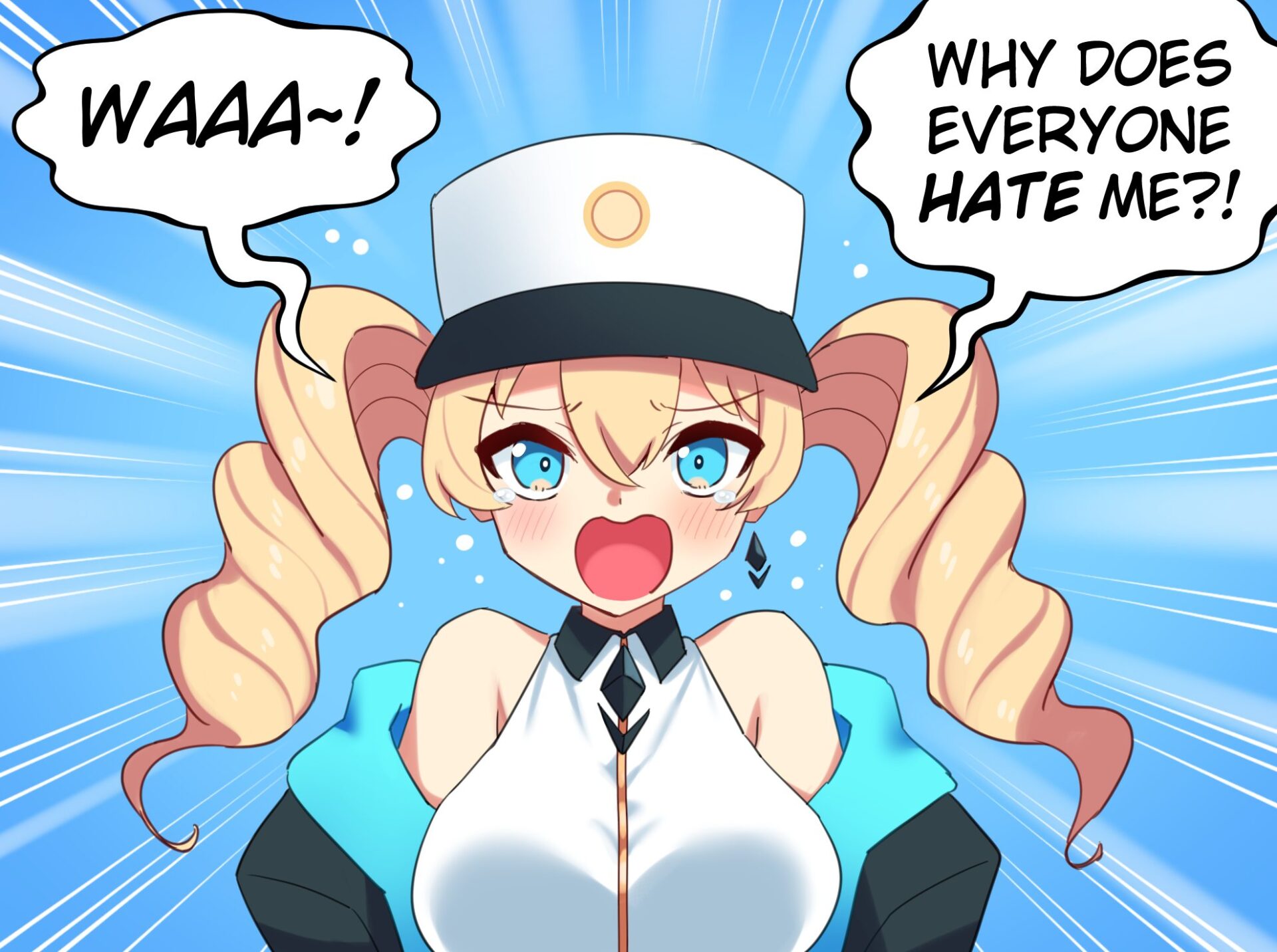 “Just because I’m a bit high maintenance?” she then inquires against a backdrop of electrical power lines standing in a burning forest, a reference to the large amounts of power required to mint an NFT. 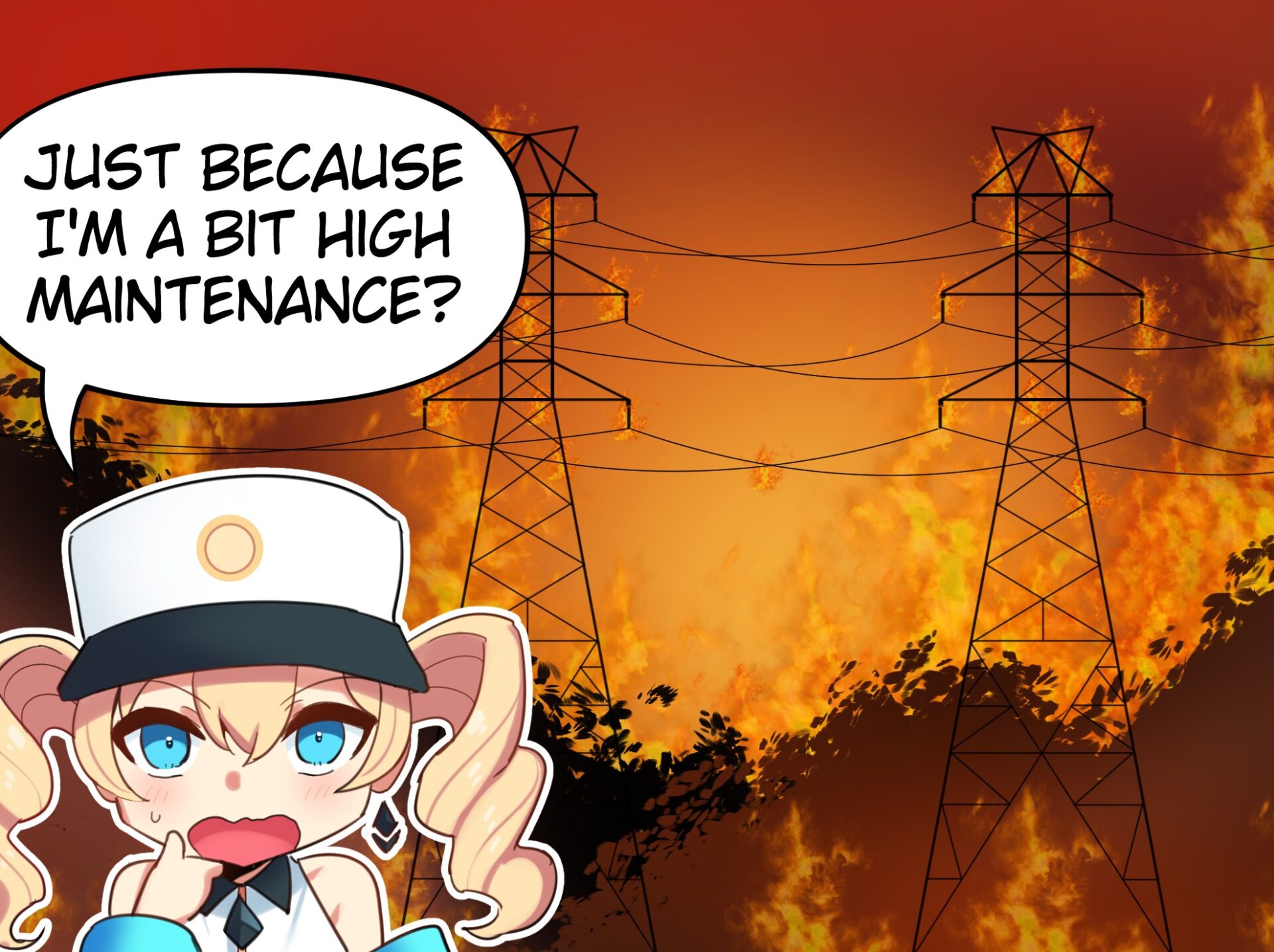 “So what if I’m a bit bad for the environment,” NFT-Chan further exclaims as a news broadcast warns, “escalating climate change possibly caused by crypto currency.” 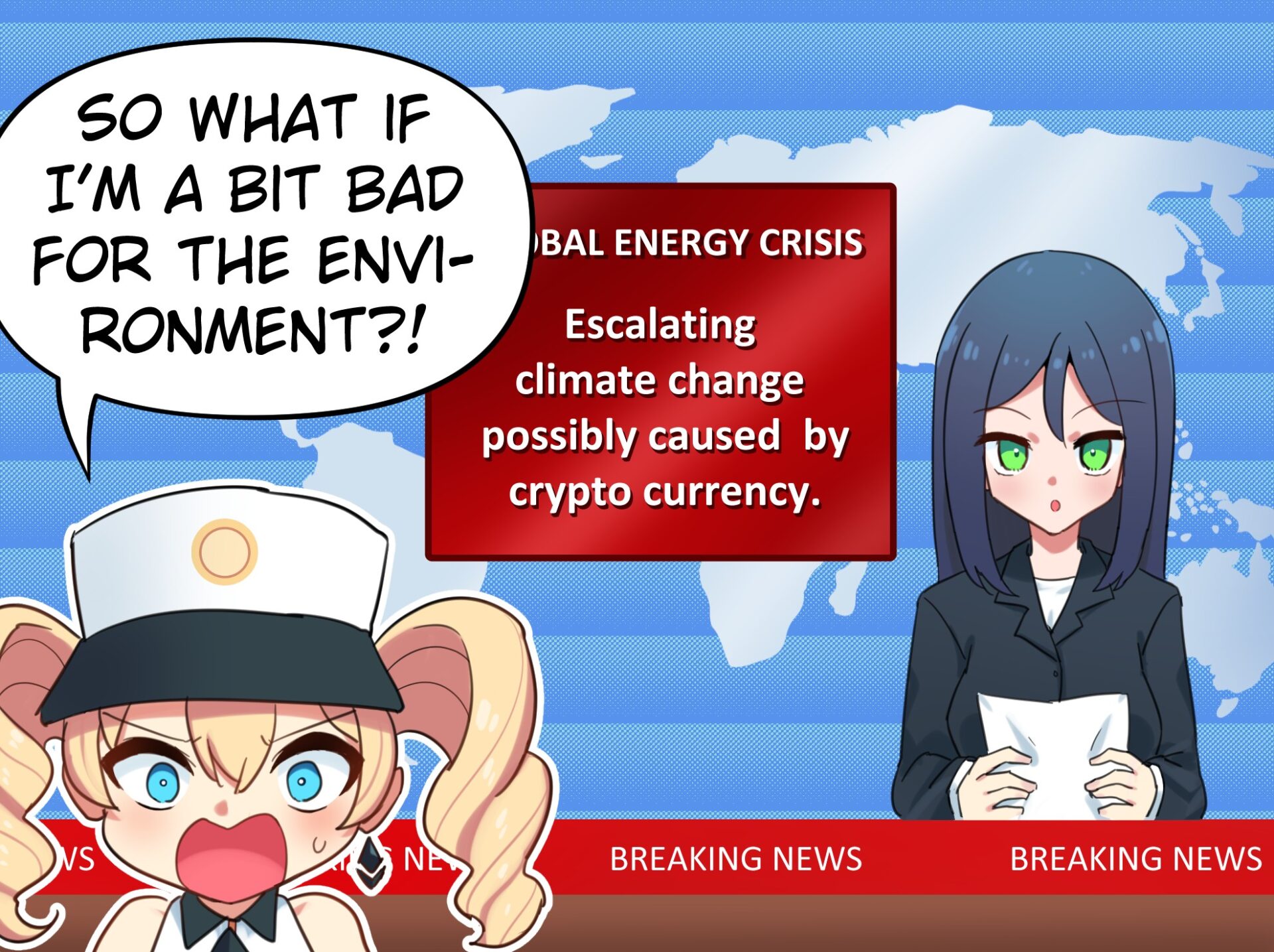 Taking a direct swing at the infamous Bored Ape series of NFTs, NFT-Chan proceeds to sheepishly acknowledge, “So what If I scam people once in a while?”. 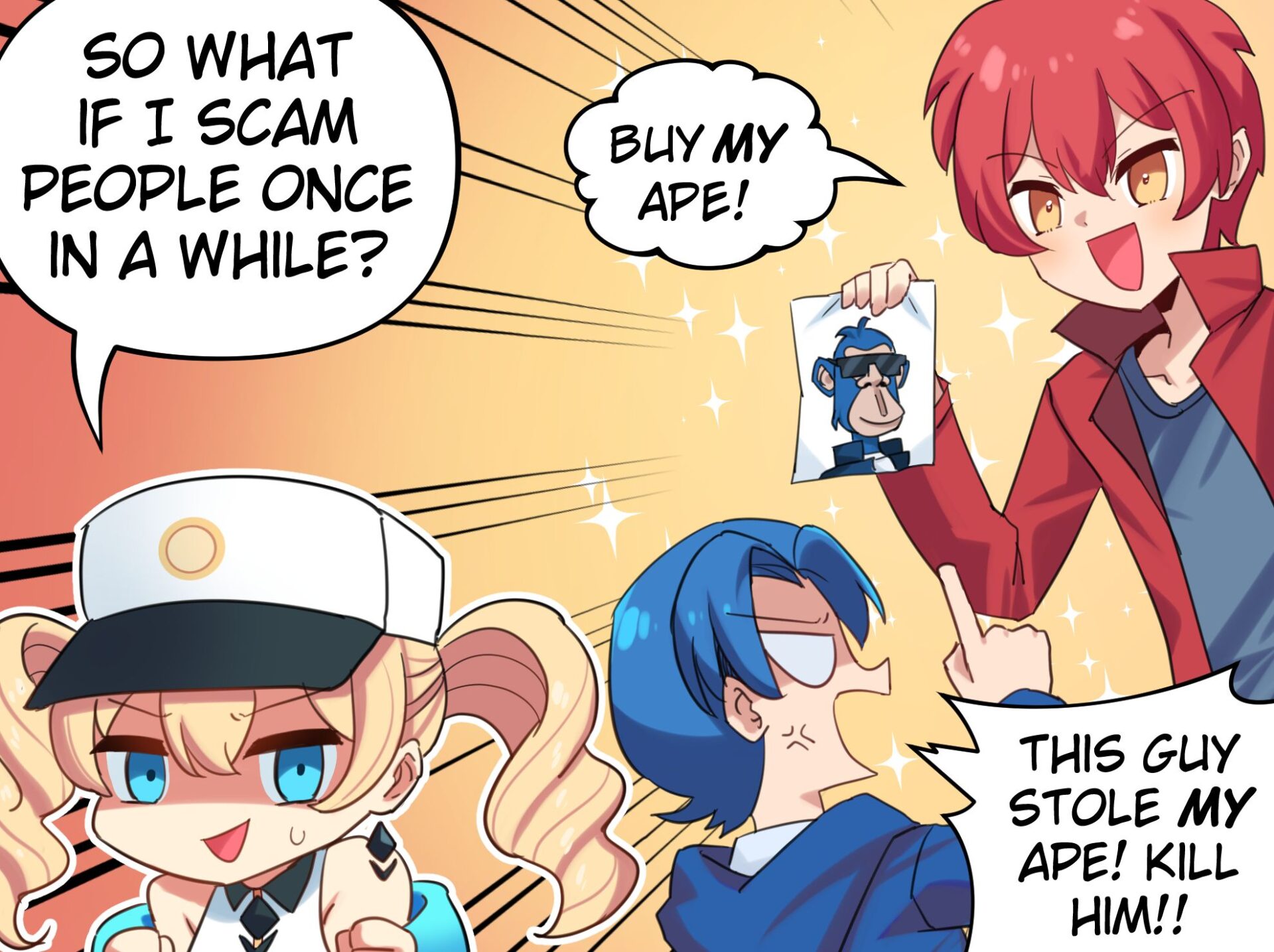 However, as her quest for belonging drags on, NFT-Chan soon encounters someone willing to embrace her with open arms. 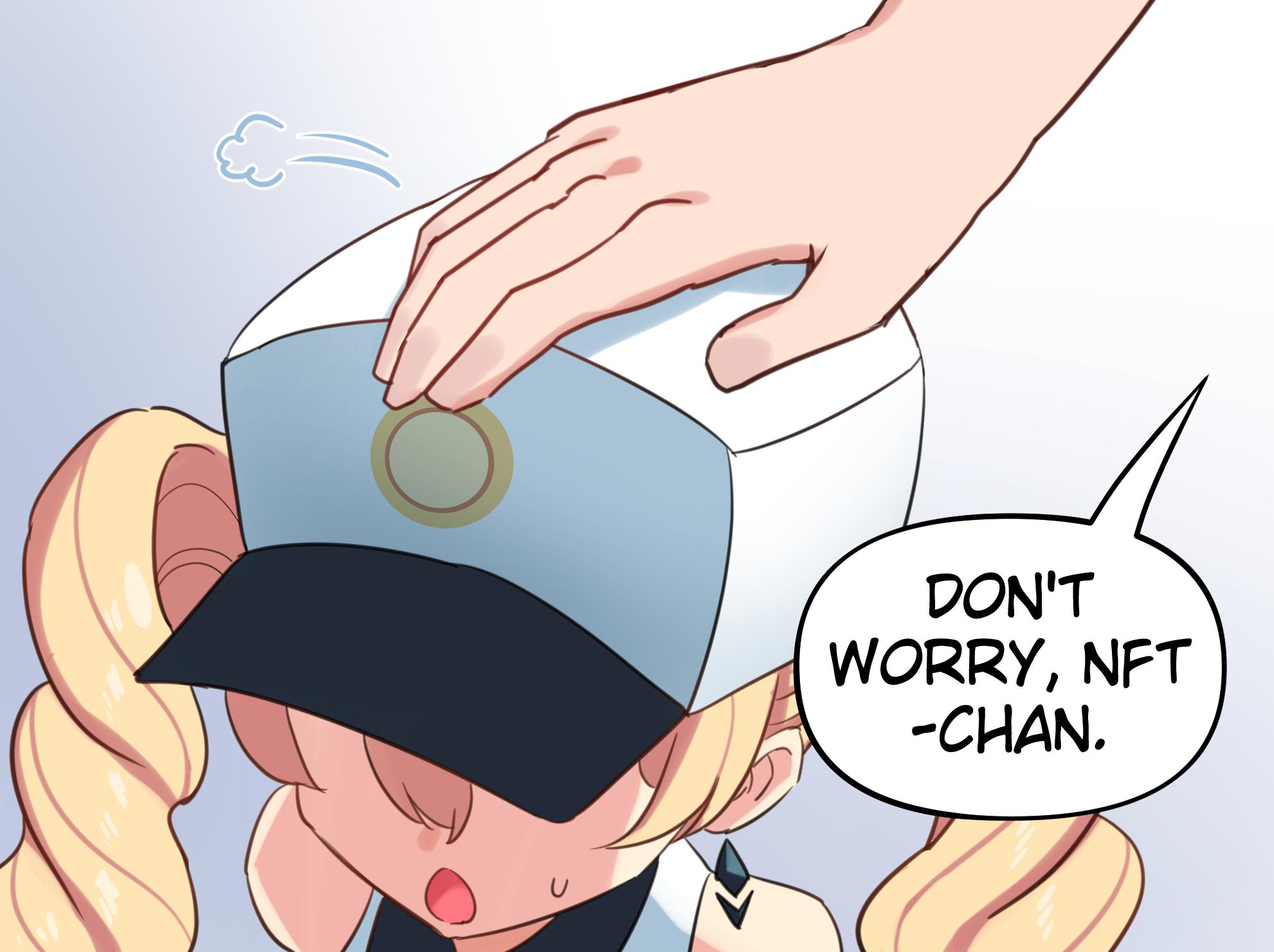 “Don’t worry, NFT-chan,” she is told by Meta (formerly Facebook) founder Mark Zuckerberg, whose company’s Metaverse virtual reality is actively looking to implement NFTs into its designs. “I got you.” 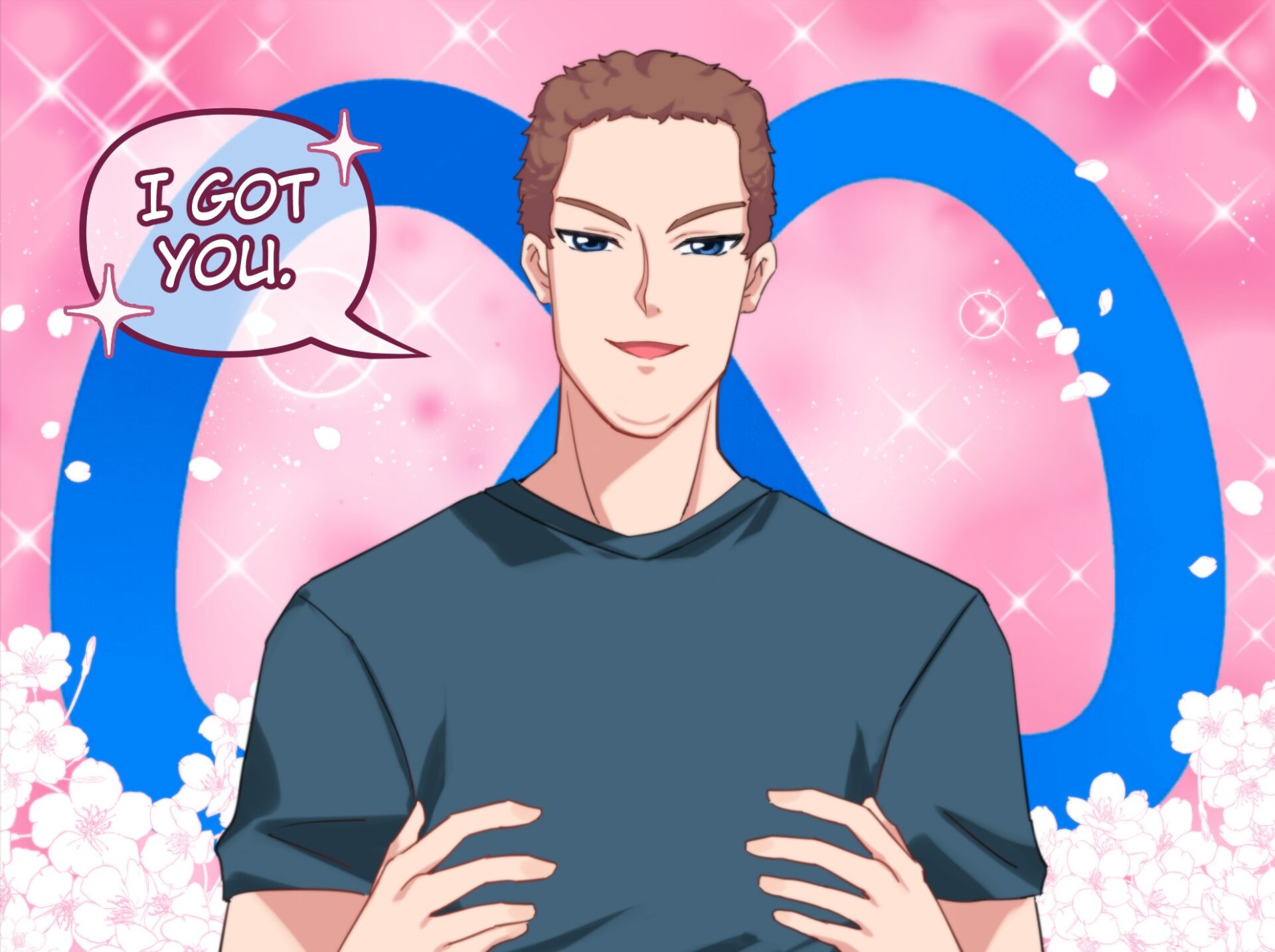 “Mark…Mark-kuuun!” she exclaims, embracing Zuckerberg as the comic draws to a close. 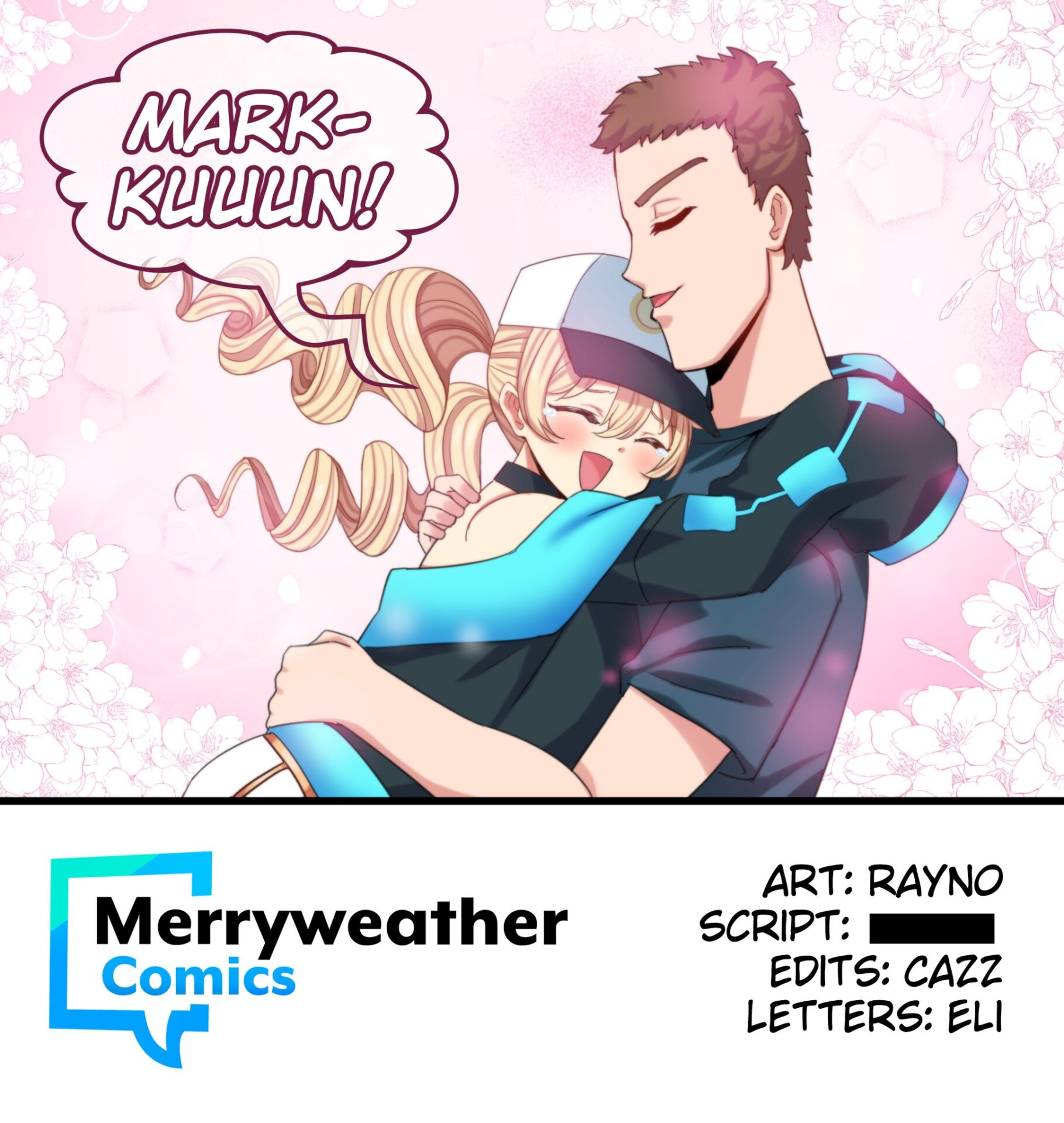 RELATED: Former EA Communications Manager Says Backlash To NFTs In Gaming Is Just An Example Of How “Gamers Love Hating Things Together,” Compares It To How Gamers Hate EA But Spend Thousands on FIFA

Despite the comic being relatively harmless, with Merryweather Comics simply reiterating well-worn criticisms of NFTs as seen across social media and various news outlets, its sheer creation apparently drew  the ire of NFT enthusiasts.

On March 16th, just one day after it was publicly shared, Merry took to the official Merryweather Comics account to announce, “Due to threats of violence and verbal harassment, I made the decision to remove the comic.”

Asked by a fan about “what happened,” Merryweather Comics simply replied, “Someone posted a picture they took of me at a convention, and said they should have beaten me up, because of the comic.”

In response to another user who proposed, “Threats are despicable, but I doubt removing the thing that prompted them will make you safer,” the artist countered, “Getting barraged with insults, comments about suicide, and now a selfie someone took with me in real life saying they should have beaten me up, is not worth having a comic up.”

“I don’t get paid to post comics on Twitter,” he added. “It was supposed to be a fun side thing.” 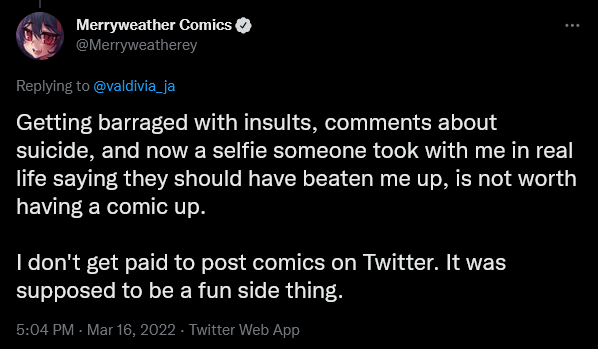 Though NFT-chan’s search for a warm welcome has been deleted from Twitter, as Merry promised, the comic remains live on the studio’s official Facebook page.

It should also be noted that, as of writing, Merryweather Comics has not made public any definitive examples of these threats. 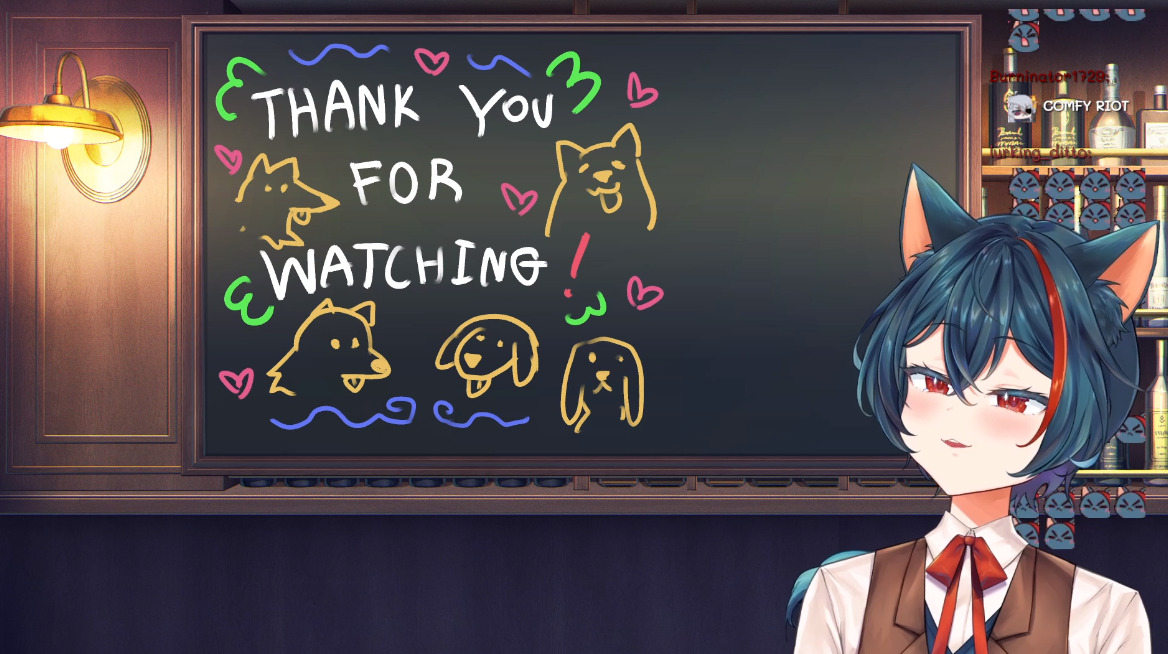 YouTuber Vara Dark reacted to Merryweather Comics’ claim saying, “When they have a photo that they took with you in real life and they’re sharing it on social media, sending it to you in DMs, saying they should have beaten you up is way too far.”

“And I understand why they would be intimidated and ultimately want to remove the comic. It’s not worth having the comic up at that point for them.”

What do you make of Merryweather Comics’ decision to remove his NFT-chan comic? Let us know your thoughts on social media or in the comments down below!