Long-time Batman and Detective Comics writer and the creator of Bane, Chuck Dixon, recently explained how he would end Batman’s story. 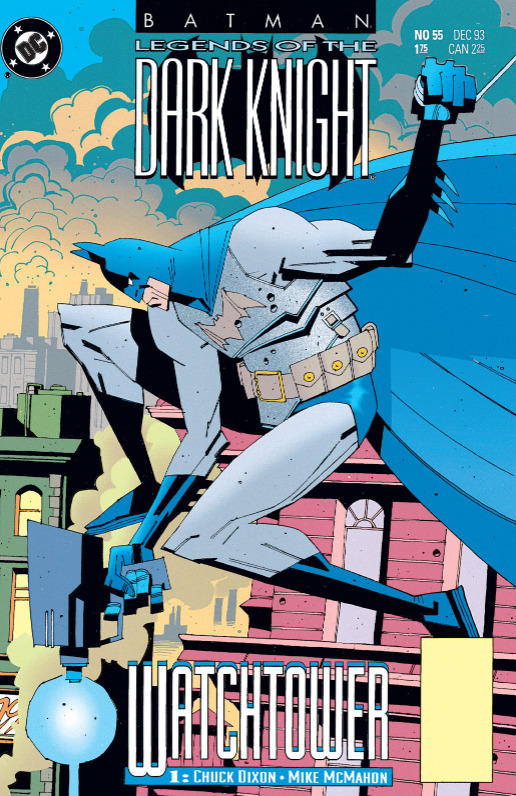 He received a question from Aiden Belcher who asked, “There have been a lot of future Batman stories. Everyone’s got their own interpretation of what happens to Bruce Wayne later on down the line in his career as Batman. I was curious what your take on this was.”

Belcher specifically asked, “What do you think happens to Bruce Wayne as time moves on? Do you believe that he would continue being Batman until it killed him, or do you think that he would eventually retire and pass the cowl on?”

Dixon responded, “Well, I would prefer to think that he retired. And actually I did write a future Batman story although it was re-edited weirdly to be presented as a contemporary Batman story.”

“Archie Goodwin approached me and asked me if I would like to write a three-issue mini that was basically toward the end of Batman’s career. An imaginary tale if you will, not necessarily supposed to be in continuity. And I said, ‘Cool,’ And Mike McMahon was going to draw it. I’m a big Mike McMahon fan,” Dixon relayed. 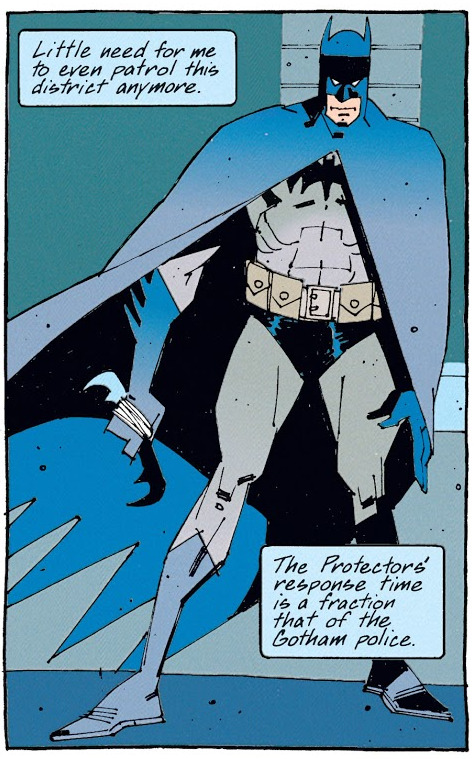 He then provided details on the story, “So I wrote it as a futuristic story and in it — in the original version we saw that Tim Drake had retired as Robin. He was a grown man with children, had a job in the tech industry. He’s living in the suburbs.”

“And Bruce Wayne comes to him for help and Tim’s like, ‘No, I left that life behind.’ That scene had to be cut in order to make it fit current continuity although the flying cars and ray weapons and bionics and all the weird stuff that happens that Mike McMahon drew so wonderfully goes unexplained because that level of technology and weirdness was not present in the Batman comics at the time,” he recalled. 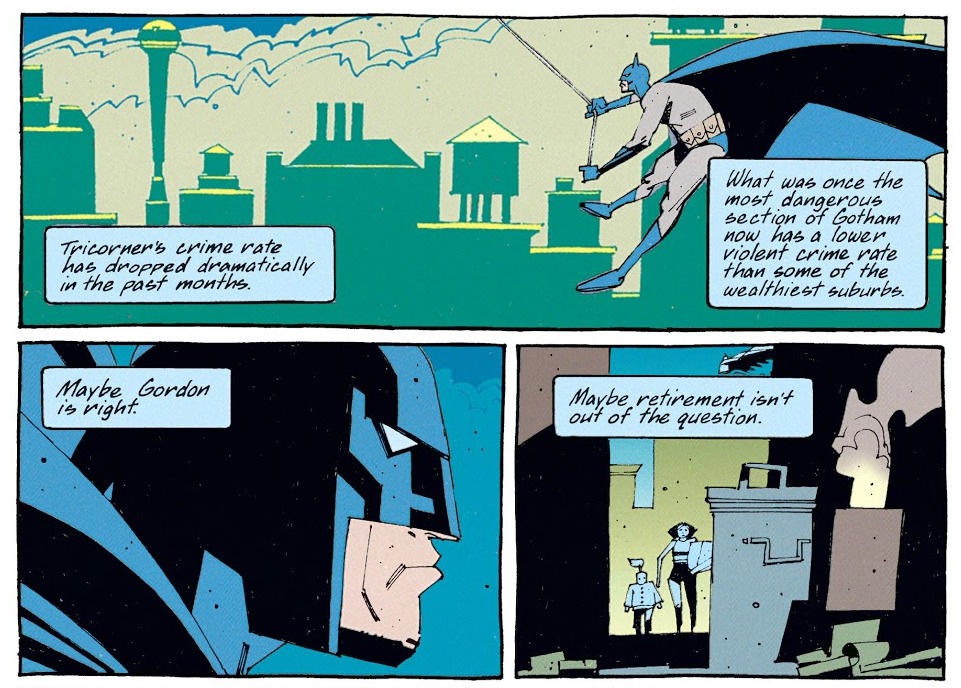 “The other strange anomaly in this three-issue arc is Hadrian Armstrong, the General, who in the then current Batman continuity was a child, but in this arc is a grown man,” Dixon revealed. “I don’t know why they didn’t want it published the way it was, but sadly Archie and I had to work together to rejigger it as much as we could after all the art was done. So it’s a weird reading experience.”

“But I think if you find it and read it with the idea in mind that it was meant to be set in the future you’ll understand what the hell is going on. And I just didn’t lose my mind for three issues,” he asserted. 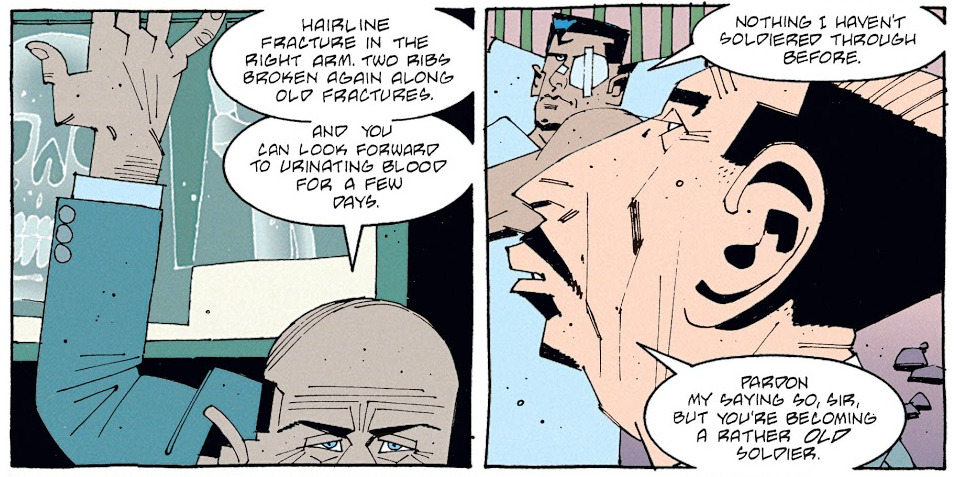 Returning to the original question, Dixon answered, “But yeah, I prefer to think that Batman retired. Maybe after a crippling injury or problems resulting from Bane breaking him. I like that idea.”

“I liked the Batman Beyond interpretation that he retires and chooses his successor. I think that’s a fitting end so that Bruce Wayne’s story goes on despite his having stepped back into the shadows,” he said. 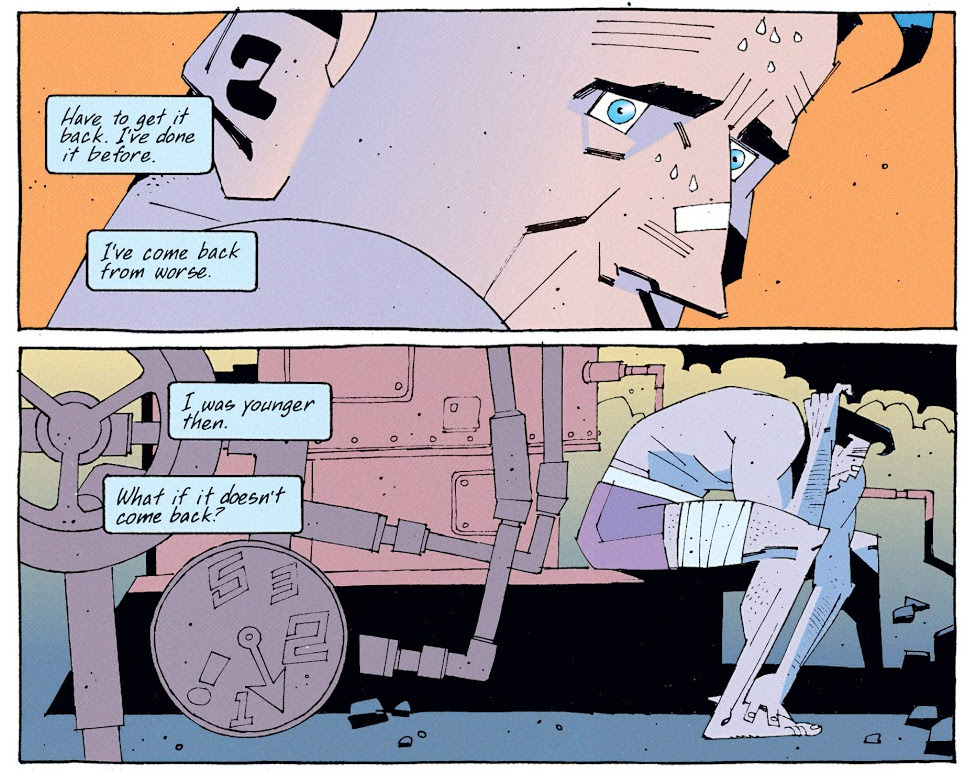 In Dixon’s three-issue miniseries for Batman: Legends of the Dark Knight, Batman might be getting older, but he’s still uncovering sinister plots and taking the fight to crime even after taking severe beatings.

In fact, the book actually ends with Wayne offering to purchase a watchtower that was funded by the Gotham government to house a privatized police force known as the Vigil Inc. The implication is that Wayne and Batman still have quite a bit of work to do before they retire or are forced to retire from injuries. 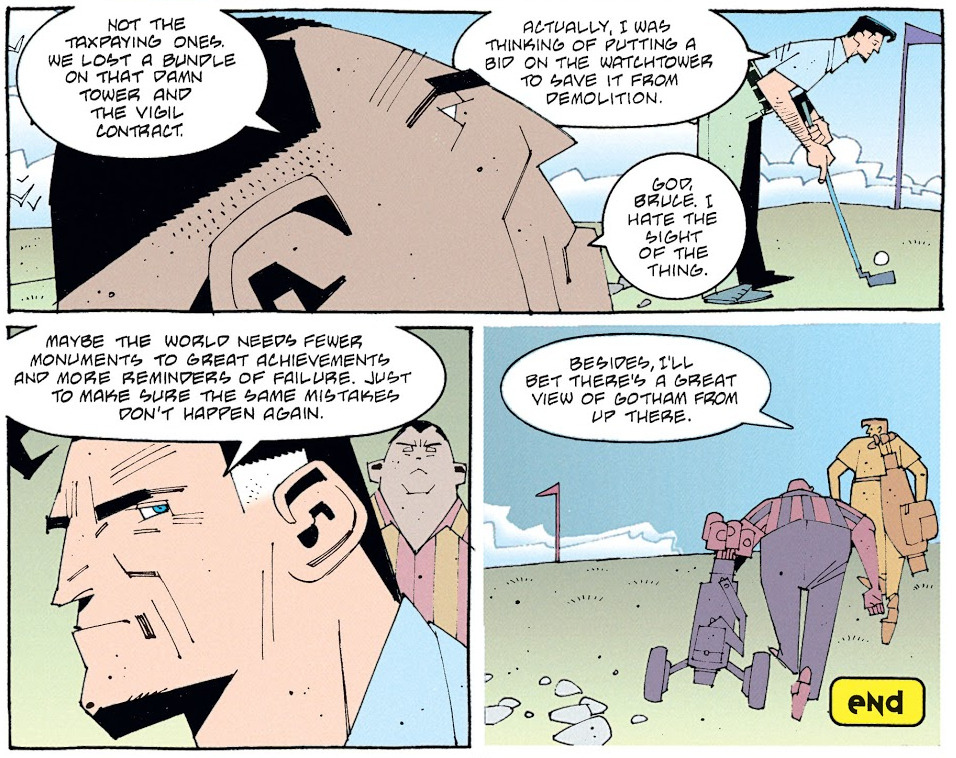 While Chuck isn’t writing Batman or Detective Comics any more, he’s still churning out comics and recently launched a SubscribeStar to support his writing ventures for stories like My Sister Suprema, Something Big, and his spy thriller Alt-Hero Q.

What do you make of how Chuck Dixon would end Batman’s story? Would you want to see him retire? How do envision Batman’s story ending?

NEXT: Famed Batman Writer Chuck Dixon Explains Why What Amazon Is Doing To The Lord Of The Rings Is An “Abomination”