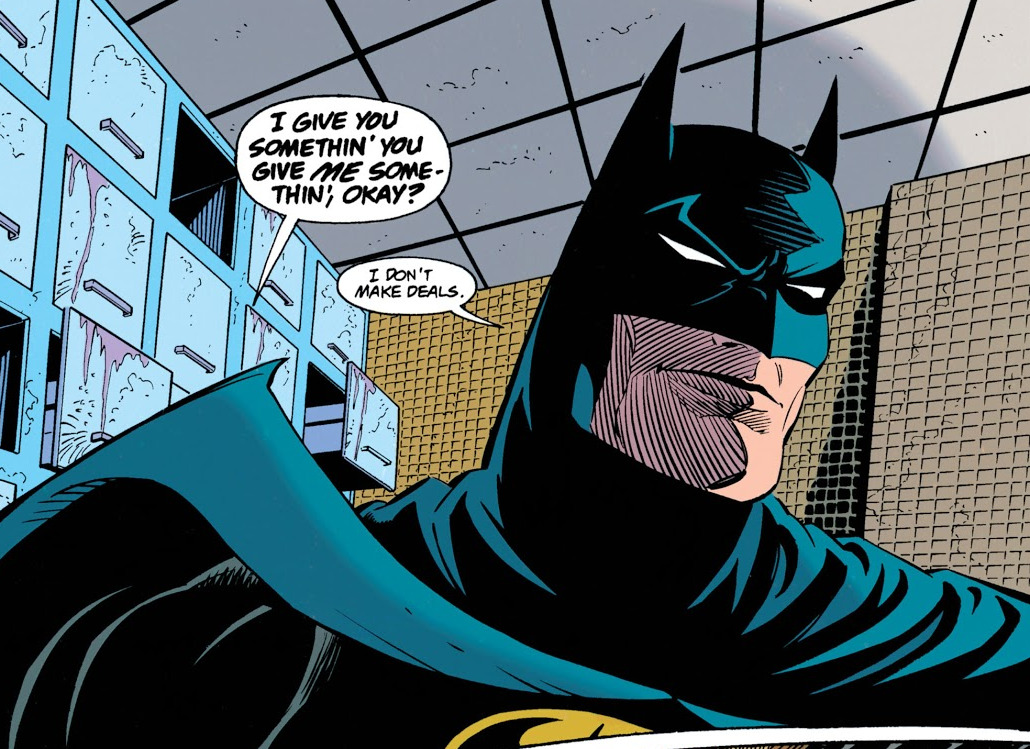 Dixon, who had a lengthy run on Batman and Detective Comics and wrote some of the character’s best stories, provided his expertise in his most recent Ask Chuck Dixon video series.

In Ask Chuck Dixon #92, Dixon responded to an inquiry from yours truly. I inquired, “I’m looking for your analysis of Batman’s psyche and why he fights crime.”

Dixon responded, “Well, I think the real question is why does he continue to fight crime. We all know why he became Batman. It’s a promise to his parents to avenge them or find some sense of justice for himself over this senseless murder that he witnessed as a child.

“So he becomes Batman as a result of basically childhood trauma. He’s dealing with that horrible night that lives in his mind. I mean, of course it would, see something like that as a child, it’s indelible. You’re never going to forget it. It’s going to alter the course of your existence. So, we all know why he fights crime, but why does he continue?”

Dixon then recalled Batman #47 and how he disliked the story because it had Batman capturing Joe Chill and fulfilling his promise to his parents.

He said, “I remember reading the origin story or retelling of the origin story in the 50s and they went into the whole thing with Joe Chill and how Batman captures Joe Chill. And I was maybe 10 or 11 when I read that story and I hated it. I hated it. I said I don’t want Batman to ever find who killed his parents. I think that was the wrong way to go.

“Because why would he continue being Batman? He made good on his promise so why would he keep on doing that and I didn’t quite get it,” Dixon questioned. 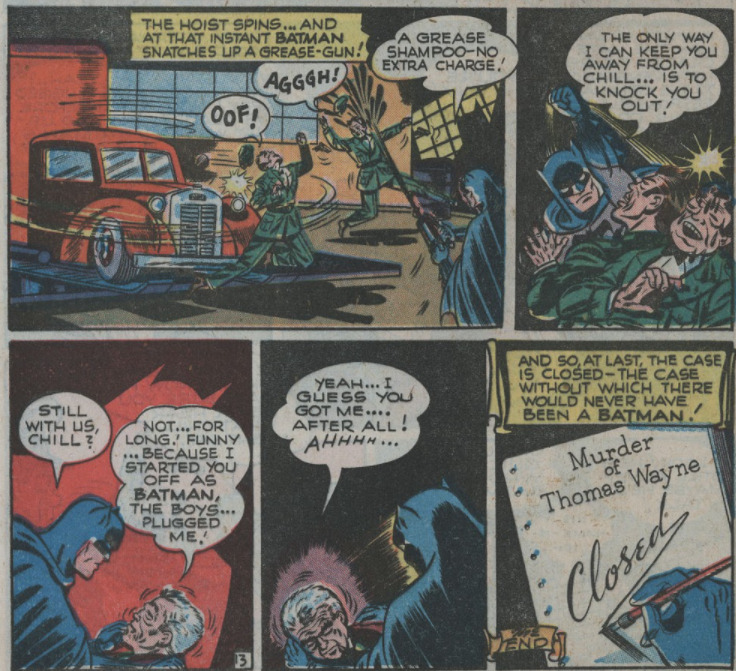 He went on to reveal he changed this key piece of Batman continuity, “So when I came on to write Batman that was the one little piece of continuity I changed. I know I always preach about not going to back to the origin and changing things, but I couldn’t resist that one.”

“I went back and changed the origin so that Joe Chill was suspect #1, but it turned out not to be Joe Chill. That Bruce Wayne, with his incredible detective skills is finally able to find out that, no, the man who was is accused of killing my parents, suspected killer, he’s not the one. And I can’t find the guy and may never know,” he elaborated. 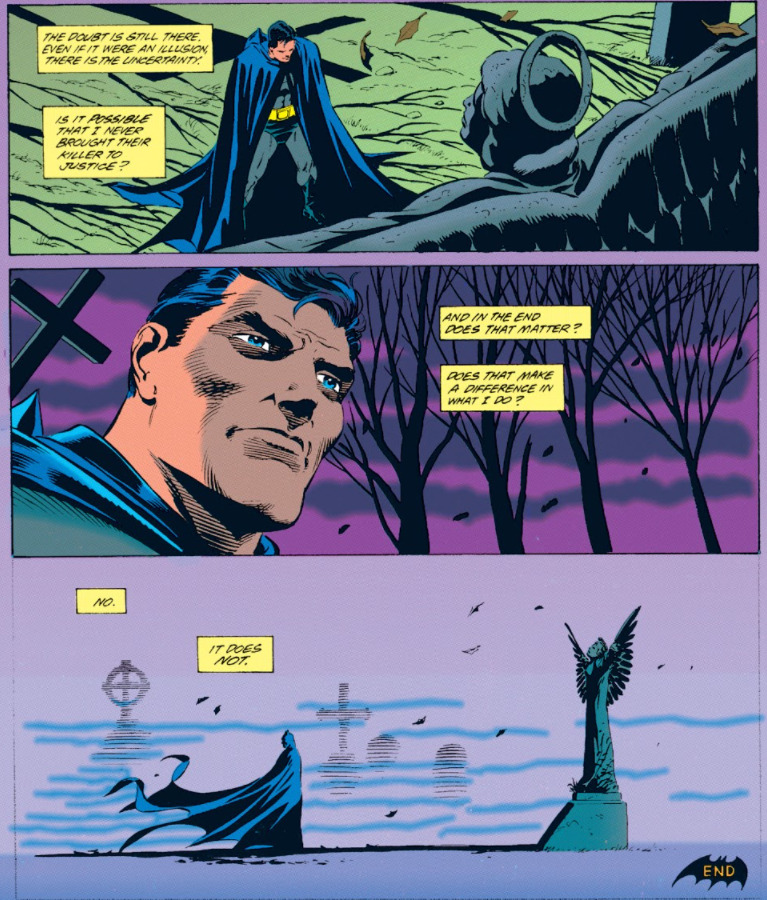 He reiterated, “So to me that’s the reason why he continues to fight crime because he’s looking for the guy who killed his parents.”

“I’m serving justice here, cleaning up the streets, and that’s his modus,” he declared. 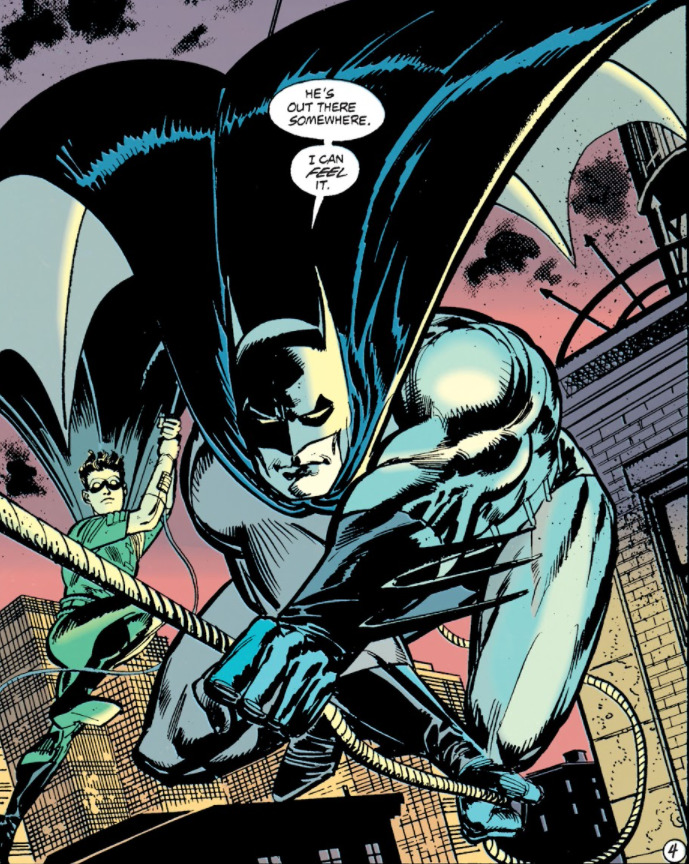 Dixon then went on to explore why Batman continues to fight crime, “Now, on the flip side, if you take my version of continuity and he knows it wasn’t Joe Chill, my thing is in his search for Joe Chill he realized how desperately needed he was in Gotham and so that’s the mission.”

“Now, the mission changes from the promise he made to his parents to a responsibility to the community that he can’t turn away,” he explained.

Dixon went on, “As Randolph Scott used to say in the Westerns, ‘There’s some things a man can’t ride around.’ And Batman cannot ride around the chaotic, anarchic world of crime, the vibrant underworld that seems to permeate Gotham.”

“Now, from childhood trauma to crusade. That’s his motivation. And he’s got the skills and he’s got the funds, and how are you going to walk away from that. This is his thing now for the rest of his life,” he detailed.

Dixon concluded, “That’s as deep into the psyche as I can get on that overall topic.” 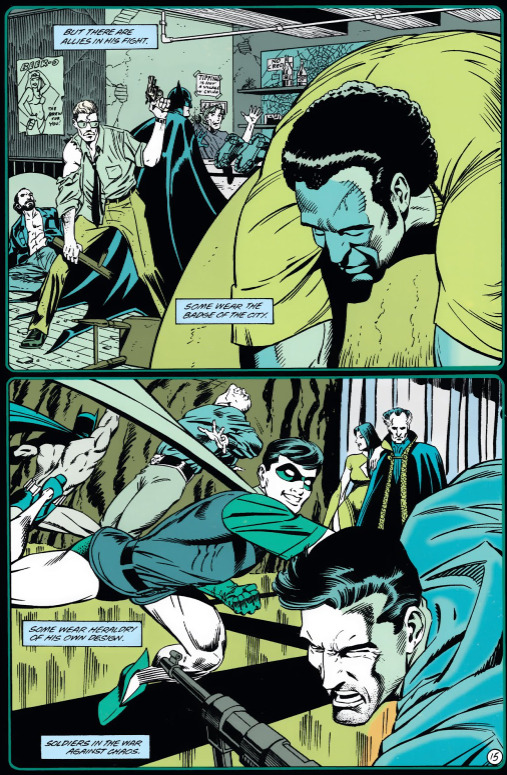 What do you make of Chuck Dixon’s explanation about what motivates Batman to continue to fight crime?

NEXT: Batman Writer Chuck Dixon Reveals How And Why He Weaponized The Dark Knight’s Cape