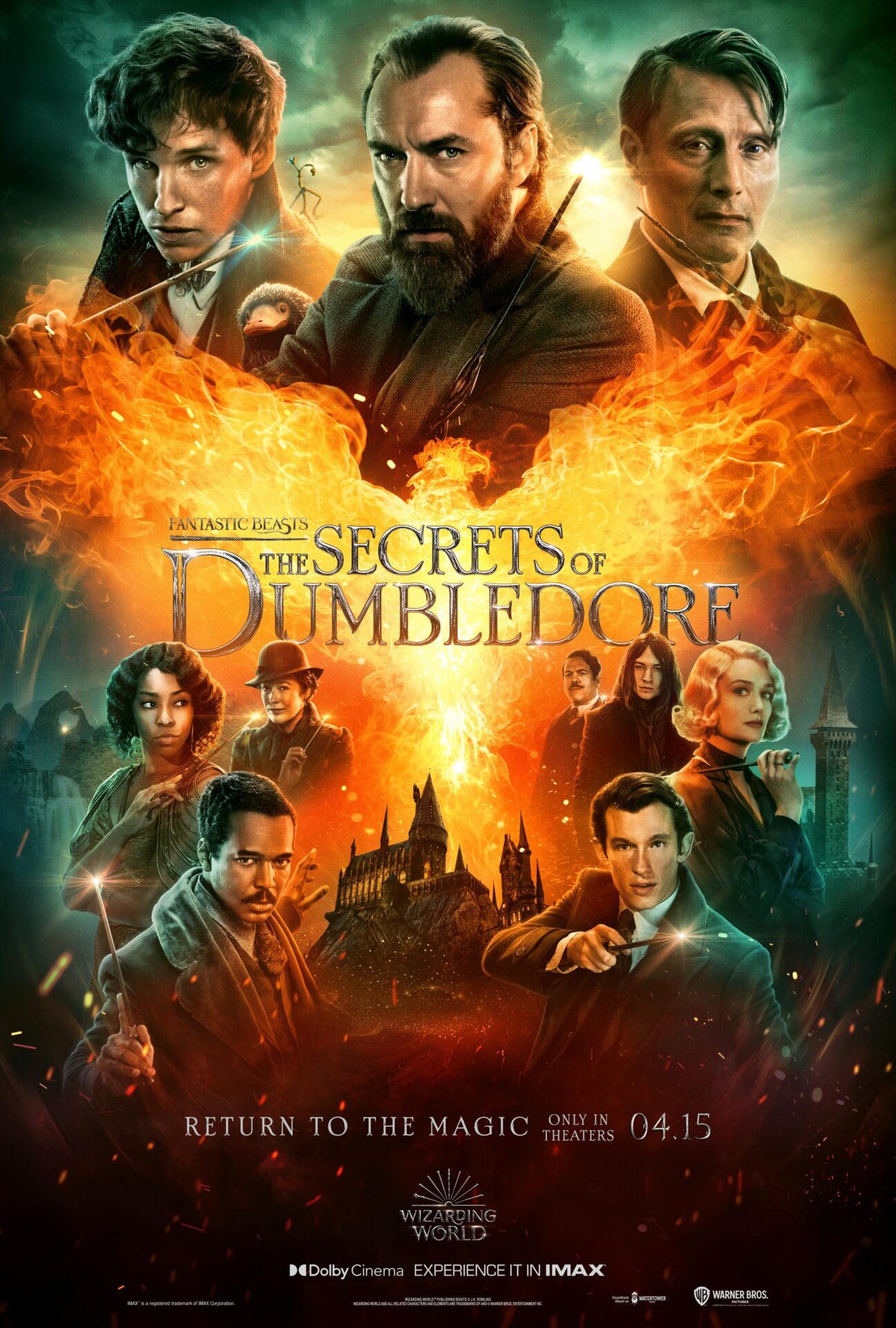 Similar to the other Fantastic Beasts films, the highlight of The Secrets of Dumbledore are the creatures Newt carries around with him in his suitcase. Pickett and Teddy, the Bowtruckle and Niffler, are Newt’s heavy hitters that get the most screen time.

New to the film is the Qilin (pronounced Chillin); a deer-like creature with precognitive abilities. The Qilin are utilized by the wizard world to detect whether someone is pure of heart or is full of evil intent. The Qilin can’t necessarily be swayed, but it’s safe to say that Grindlewald finds a loophole.

The Manticore sequence is a bit of a good thing during a bad situation though. The Manticore itself is kind of terrifying for a Fantastic Beasts film; attacking anyone whose lantern goes out and barfing up the remains of their rotting corpse. The fact that Newt and Theseus crab walk nearly the entire five to seven minute sequence is astonishing in the worst kind of way. It feels like a gag that wears out its welcome far too soon yet lasts way too long.

The fantasy film also doesn’t justify being nearly two and a half hours long. There’s nothing after the credits, so you don’t have to wait for anything once it’s over. But the majority of the film is spent waiting around for things to happen and a ton of sequences where nothing really happens other than back and forth conversations. Everyone seems to be more interested in drinking tea, staring out windows, and discussing these “secrets” that everyone seems to already know anyway.

Controversies surrounding the film including Johnny Depp being removed as Grindlewald due to his ongoing lawsuit with Amber Heard and Ezra Miller seemingly nearly losing his career due to his behavior in public and most recent arrest are far more interesting than the film itself.

Mads Mikkelsen is fantastic in everything he’s a part of, so his performance is worthwhile. But the Grindlewald character is mostly boring at this point outside of his abuse of the Qilin, manipulation of a young man (Ezra Miller’s Credence Barebone) that is presently dying to try to kill Dumbledore, and the fact that he pulled off killing Leta Lestrange. Next to Voldemort, Grindlewald is supposed to be the biggest bad of the Fantastic Beasts universe and he’s mostly just failed for three movies. 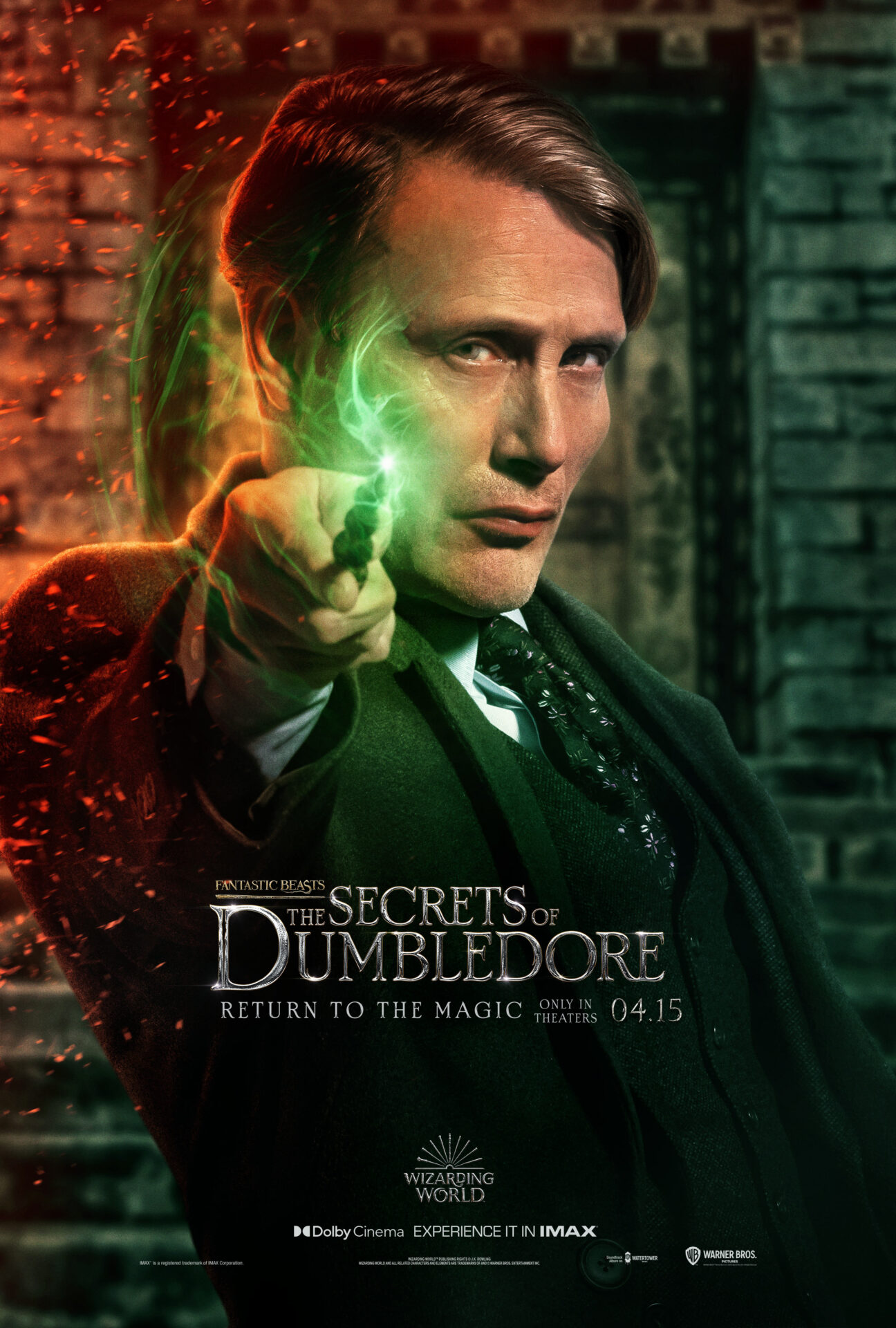 There are two more movies planned that may not get made since The Secrets of Dumbledore is currently underperforming at the box office (it has made $193 million of its $200 million budget as of this writing), so maybe he was intended to be the most devastating in the last two films.

Fantastic Beasts: The Secrets of Grindlewald feels like most third films in a franchise; it may boast an elaborate cast and flashy special effects but it’s all built around a trash story that’s poorly written. In the grand scheme of things this would be considered filler material.

It seems like something major is being established with Jacob Kowalski getting his own wand, but we may not ever get to see how that plays out or may not care by the time when and if it finally does.

It feels like The Secrets of Dumbledore spends more time allowing characters to blather on and adamantly stare out windows over actually delivering worthwhile wizard action, which is essentially what people want to see in films like this.