As a whole, WandaVision is a completely unique storyline original to the Marvel Cinematic Universe. It continues the plot from Avengers: Endgame while also building upon the distinct characterization that’s been crafted since the beginning of the MCU. But that didn’t mean it didn’t draw inspiration and use several elements from existing comics in order to create this unique setting.

Here are several of them: 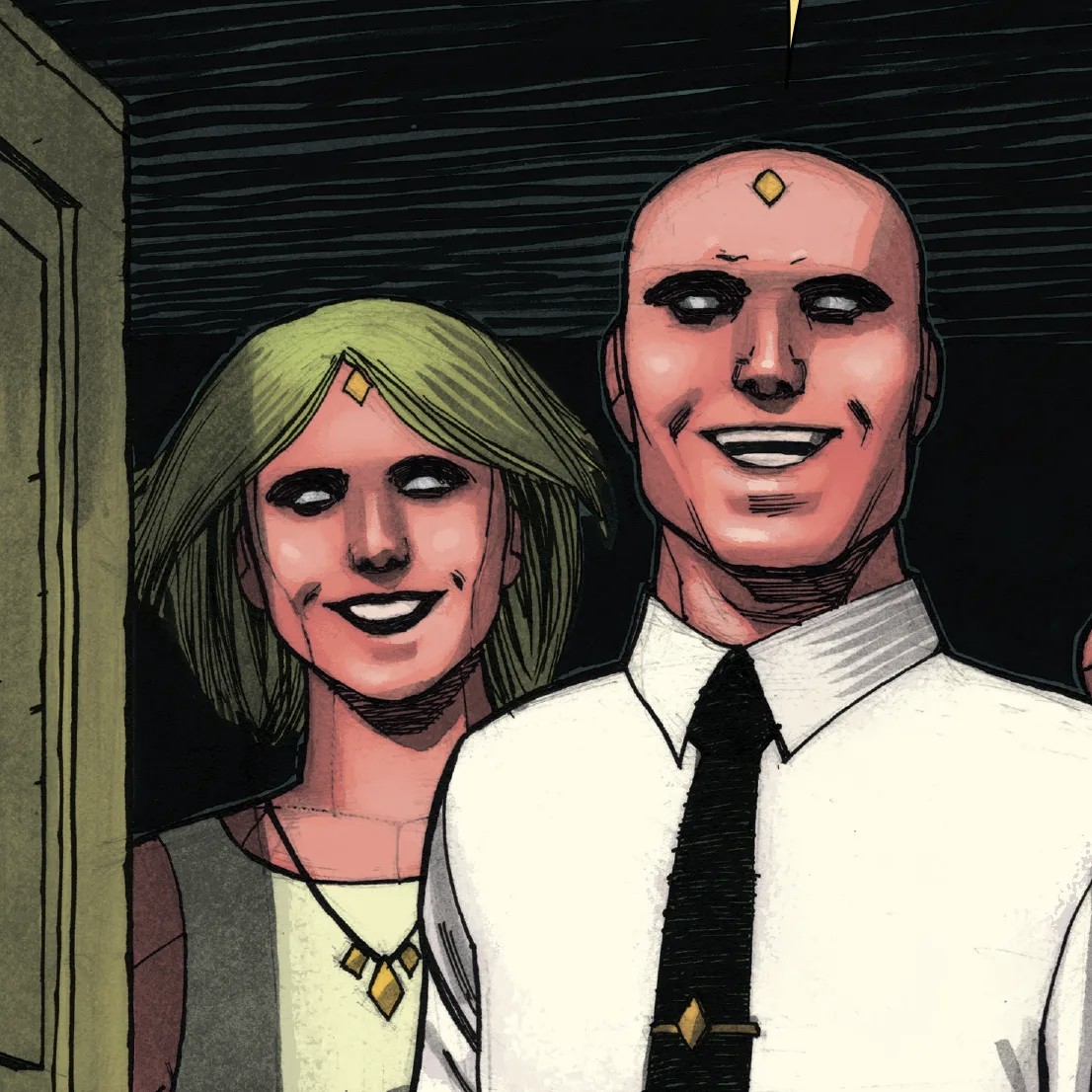 This miniseries was surprisingly horrific in the best ways possible. It has vision moving to the suburbs to raise a family. Unlike WandaVision, which had Vision’s family living in an alternate reality, this family was very much real.

The problem, though, is that a family of living Androids doesn’t exactly fit in with suburban America. Horror and tragedy follow. Again, the storylines are completely different, but the elements of a troubled supernatural family trying to live the American dream resonate deeply with the show. 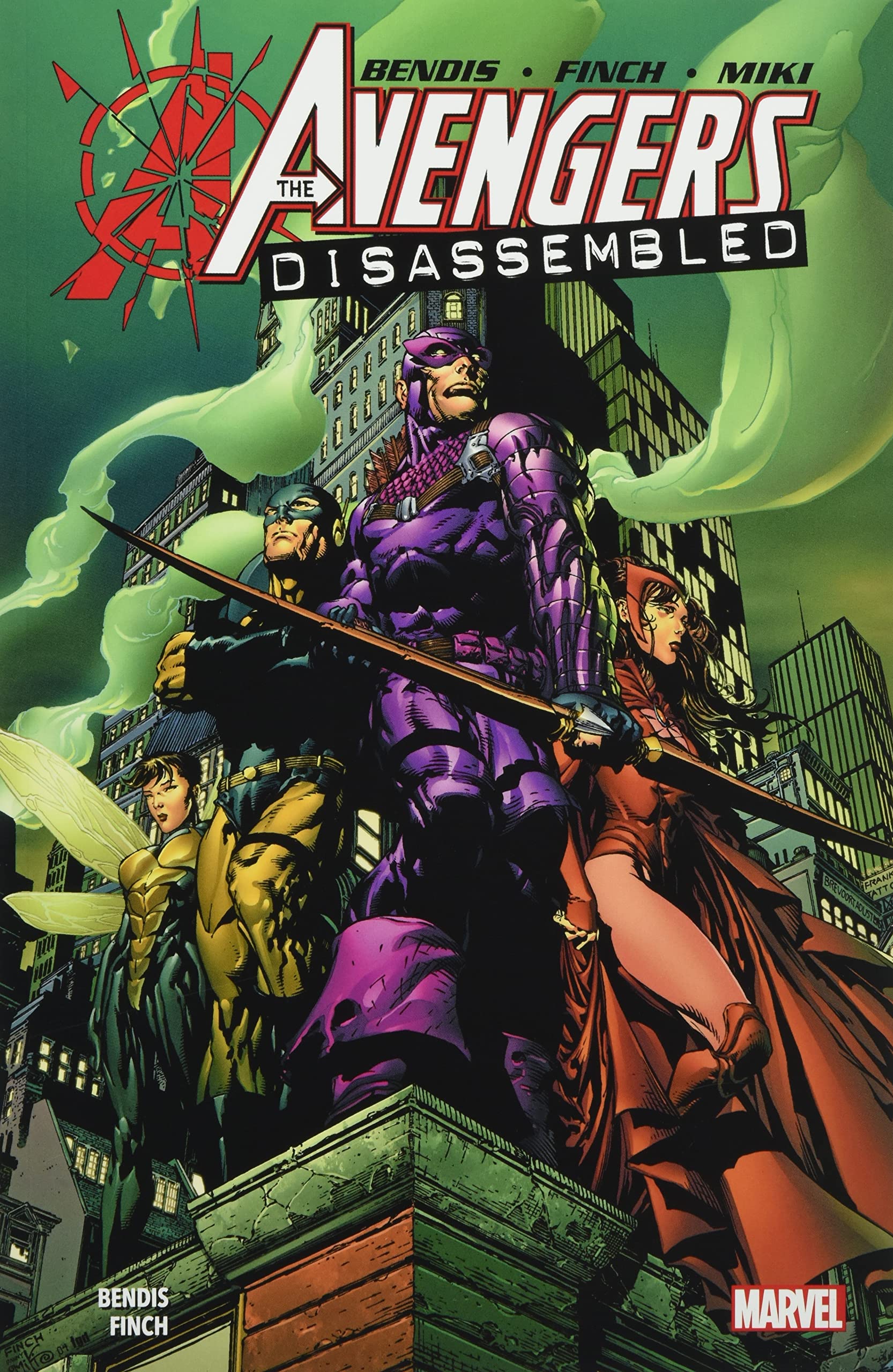 Although the Avengers themselves weren’t a major part of WandaVision, it is the Disassembled storyline that first planted seeds of Wanda’s breakdown. Through mental stress and trauma, Wanda’s reality altering powers went haywire and caused the breakup of the Avengers in the process.

Plot wise, very little of this storyline made it into the show, but it introduced the idea that there’s more to Wanda’s powers than magic tricks. 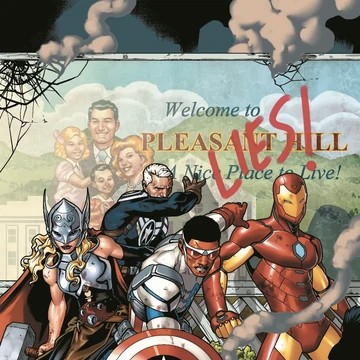 This is an interesting inclusion to the list as Wanda doesn’t even appear in the story. Instead, it’s more of a concept that is closely aligned with that of WandaVision.

Instead of Wanda, a Cosmic Cube is used to create a prison for super villains where they are brainwashed into believing they live in a small town. The idea of people living in a false suburban reality is an interesting starting point for the show, and it is based off of something completely separate from Wanda’s own character arc.

4. Vision and The Scarlet Witch 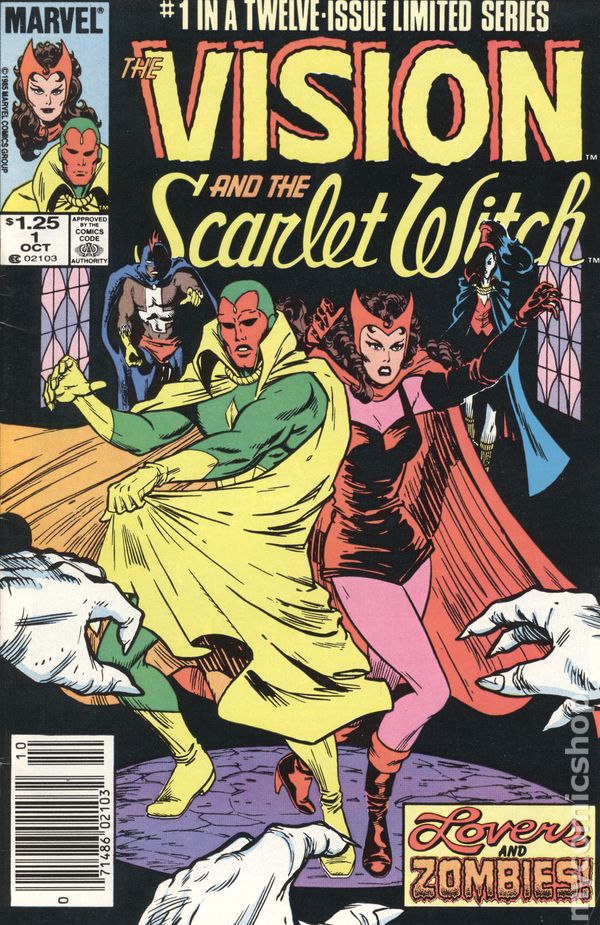 If there were one comic to point to as the main source of inspiration that drove the show’s plot forward it’s this one. This is the book that led to Vision and Wanda’s relationship together and the birth of their twin sons.

Of course, future comics expanded upon this story and created further complications for the family, but it had to start somewhere. 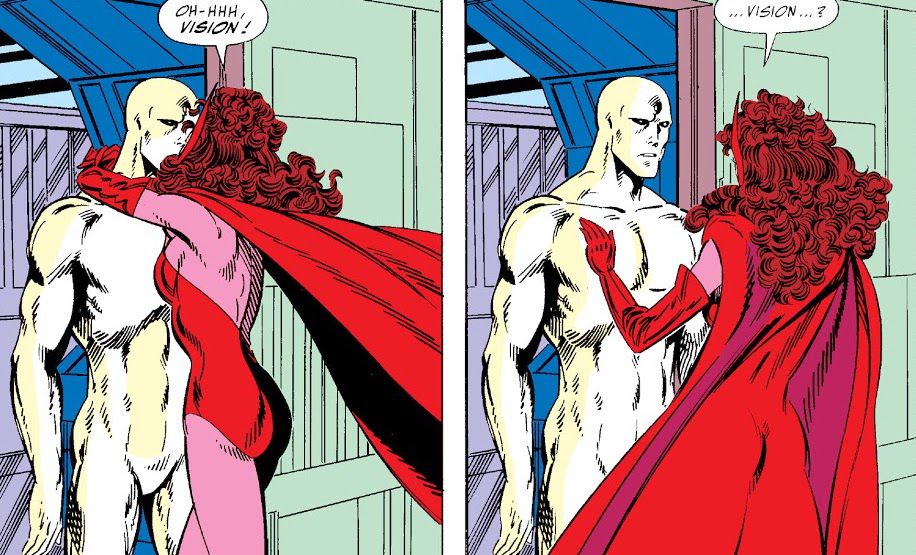 The inclusion of White Vision in the show shows just how many different comics are being crammed into the storyline. The general idea is strikingly similar to what happens in WandaVision.

Vision is broken down and then reassembled into something other than his former self. The circumstances have changed, but the ramifications are just as important as the true nature of life, mind, and body are challenged in the process. 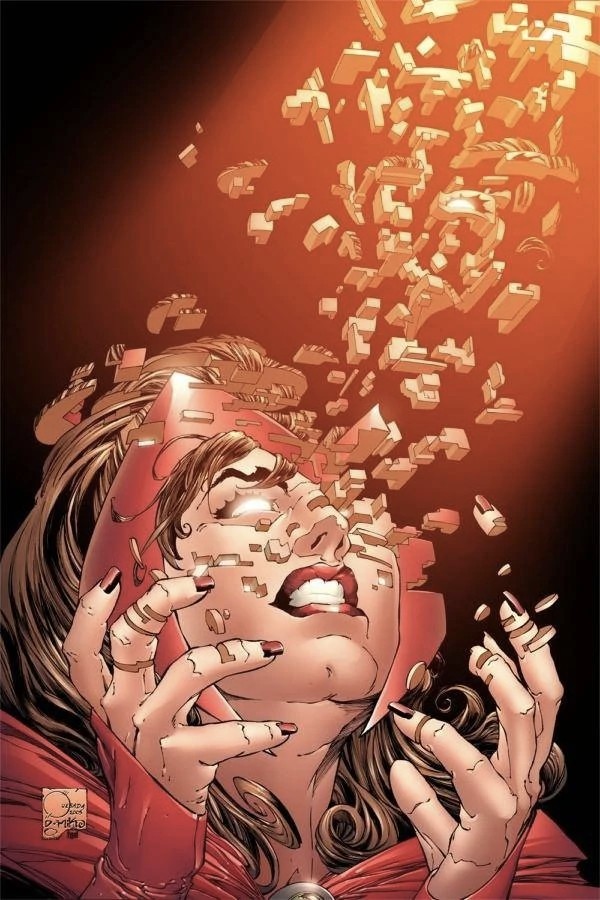 When thinking of stories in which a traumatic Wanda Maximoff alters reality for her benefit, no storyline embodies this more than House of M. After suffering a mental breakdown during the events of Avengers: Disassembled, there was a lingering question as to what should be done about the unhinged Scarlet Witch. The Avengers and X-Men came together to try and figure it out.

Before they could though, reality was completely altered, setting Wanda and her family up as rulers in a mutant dominated world. Similar to WandaVision, Wanda was manipulated and didn’t craft this artificial reality willingly. And although the purpose of the altered reality is different between the comic and the show, the sheer boldness of the magic involved has a striking similarity.