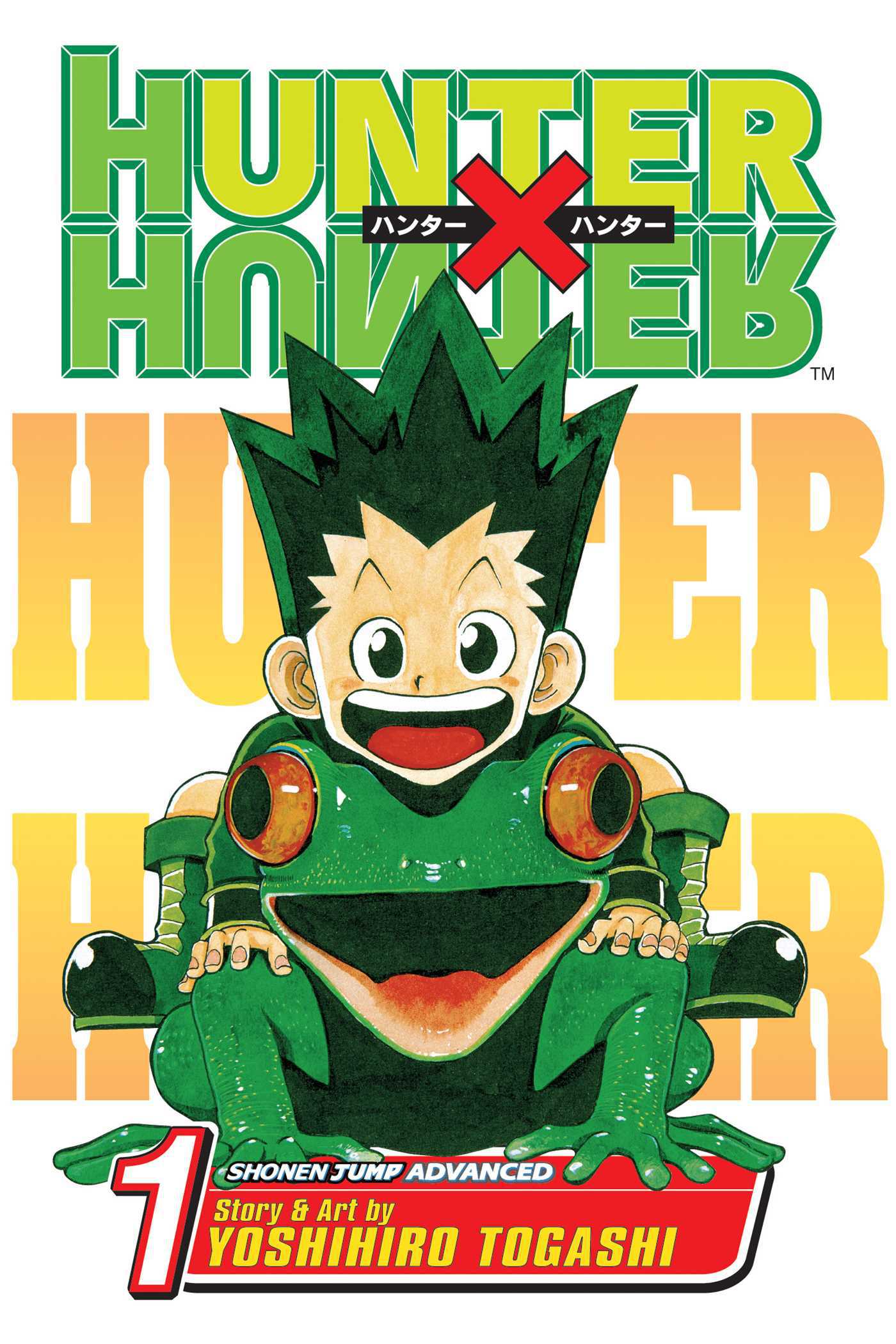 On May 23rd, roughly 1275 days since the November 26, 2018 publication of the series’ last chapter, Togashi not only created a Twitter account, but used his first tweet to announce the return of Hunter x Hunter.

Sharing a corner shot of an in-progress page, Togashi tweeted, “4 more chapters for the time being.” 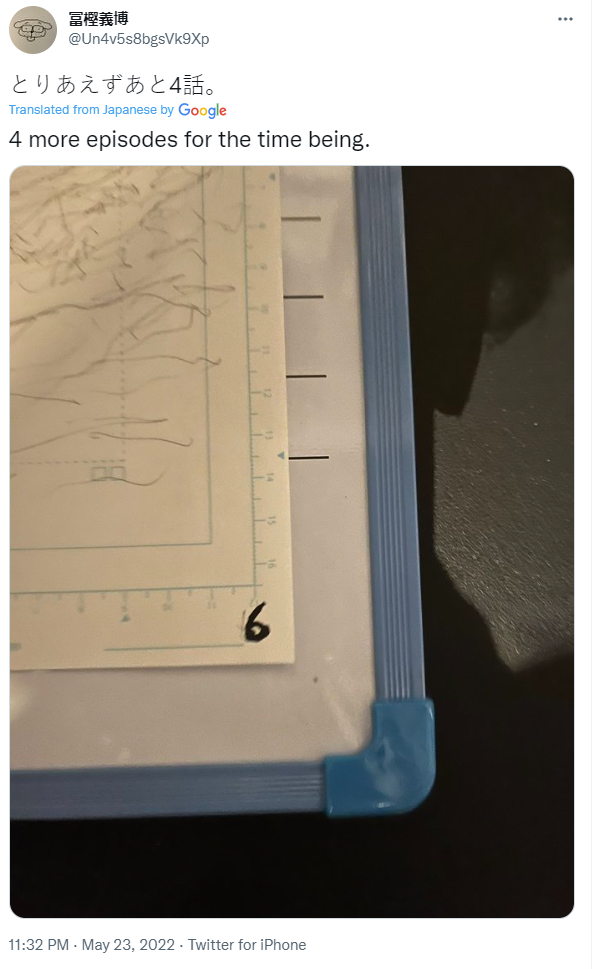 Many were skeptical that the newly created account and its debut tweet were authentic, but One Punch Man and Eyeshield 21 mangaka Yusuke Murata confirmed on Twitter (translated by DeepL ) that he and his fellow Jump craetors had been “told that it was the person himself.”

Shueisha themselves would later verify that the account did indeed belong to Togashi. 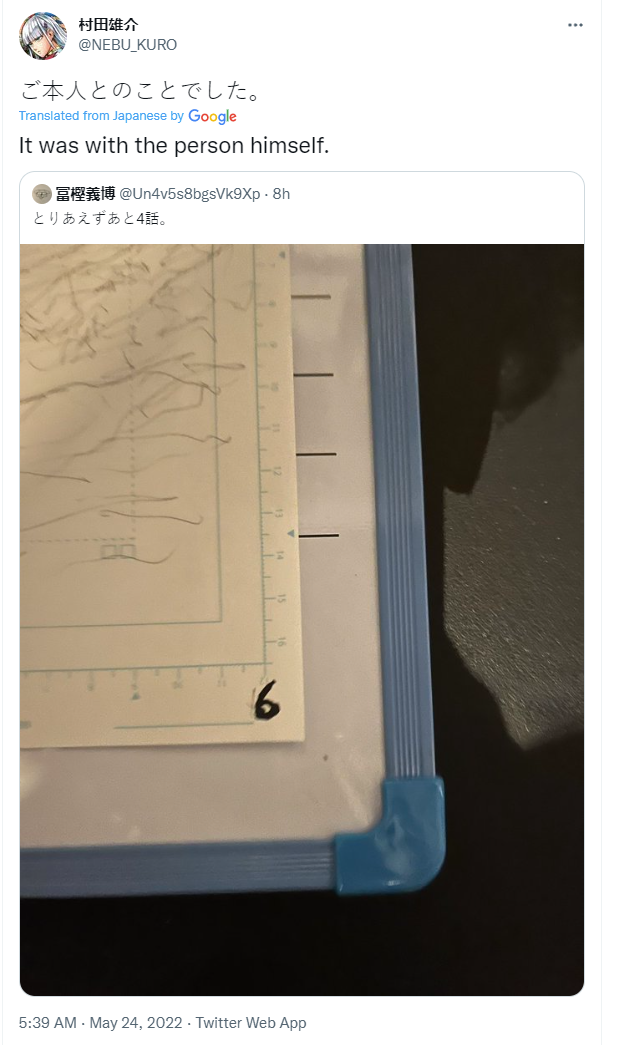 Right before taking this most recent hiatus, Hunter x Hunter ended on Chapter 390, Clash: Part 1, as a new resistance war with the mafia was beginning to brew amidst the ongoing Succession War. 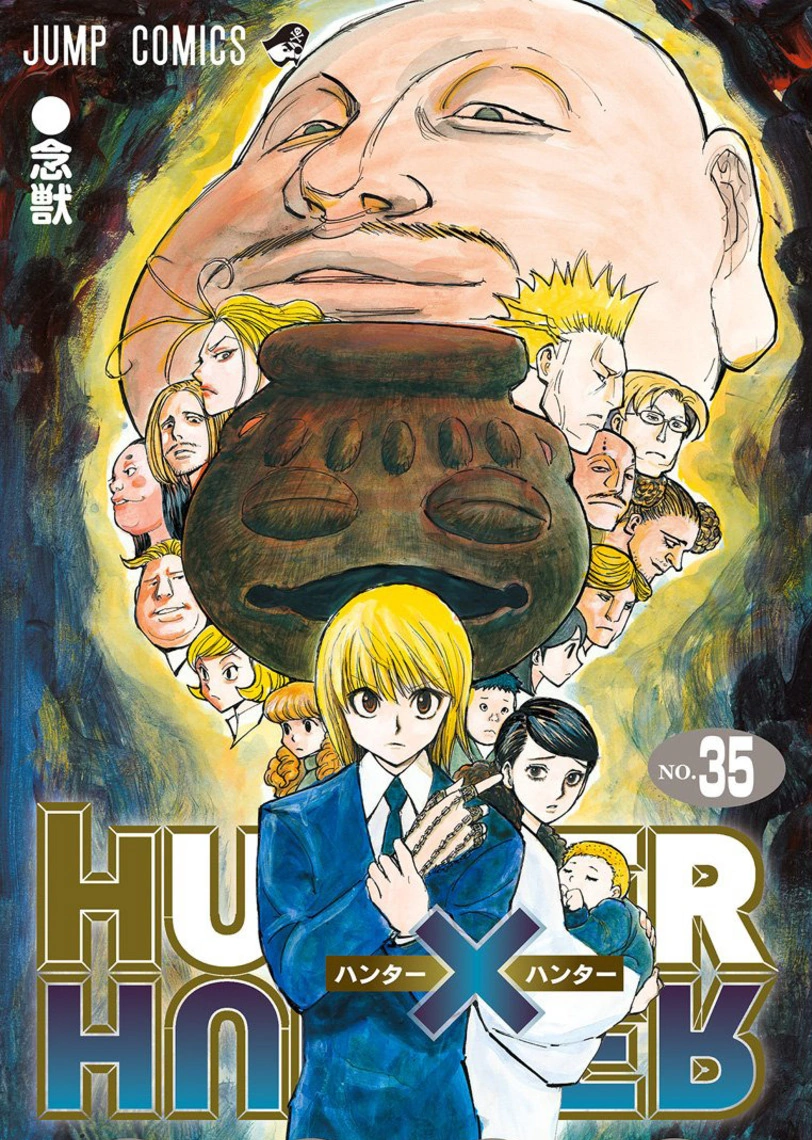 After a brief consultation with Prince Zhang Lei, the chapter finds Xi Yu Family Boss Onior and Hinrigh discuss the recent moves by the Heil-Ly Family to massacre the underlines of both the Xi Yu and the Cha-r family.

Declaring that their priorites have changed, Onior gives Hinrigh the order to expand their search for Hisoka Morow, who they need to control the Spider, to Tier 3 of the Black Whale’s hull.

Addition, he gives the order to kill Morena Prudo, the boss Heil-Ly Family. 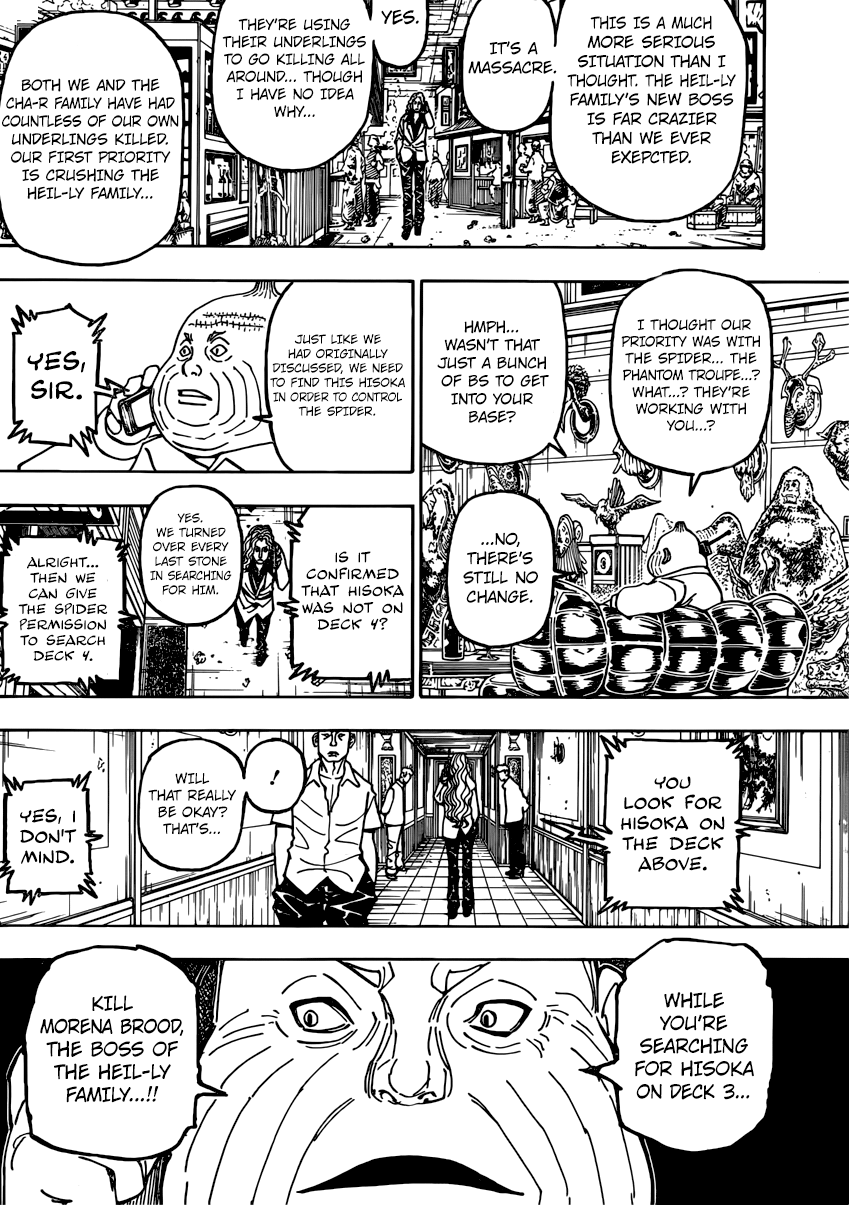 In service of this mission, Hinrigh enlists Lynch and Zakuro.

“The Resistance begins,” he tells them. “We’re going to crush the Heil-Ly family.” 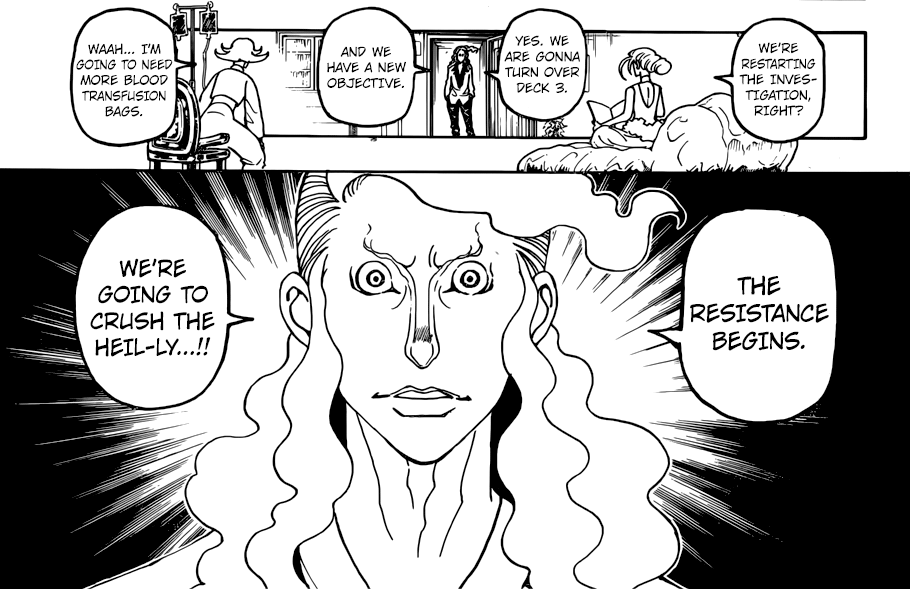 Lynch and Zakuro then begin to confront various members of the Heil-Ly family. In doing so, they discover that their members are registered as civilains in the Black Whale, rather than as official mafia members.

“This has nothing to do with turf or income,” realizes Hinrigh. “They just wanted a fight from the very start an all out killing spree!!” 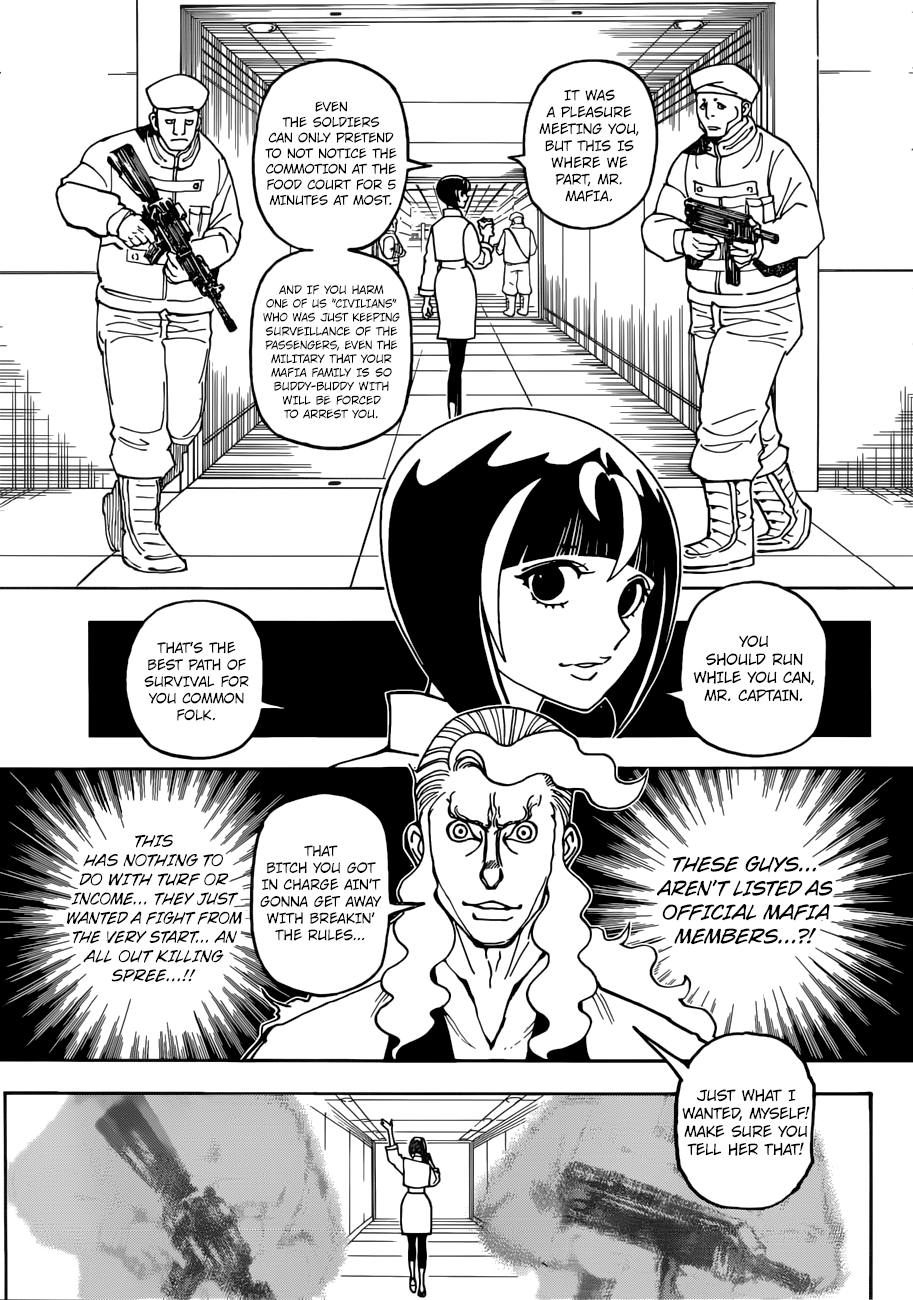 Among fans, Hunter x Hunter has grown to be referred to as ‘Hiatus x Hiatus’, and though that seems harsh, the colloquial title is not unwarranted.

Due to Togashi’s poor health, the series is in a constant state of choppy release schedules.

As per their findings, since the start of Hunter x Hunter’s serialization in 1998, Togashi’s all-time record for consecutive publication is 30 issues.

This current hiatus stands as his longest, with 161 Shonen Jump issues published since the relase of Hunter x Hunter’s last chapter.

streak of total issues with 161 last chapter being released November 26, 2018. 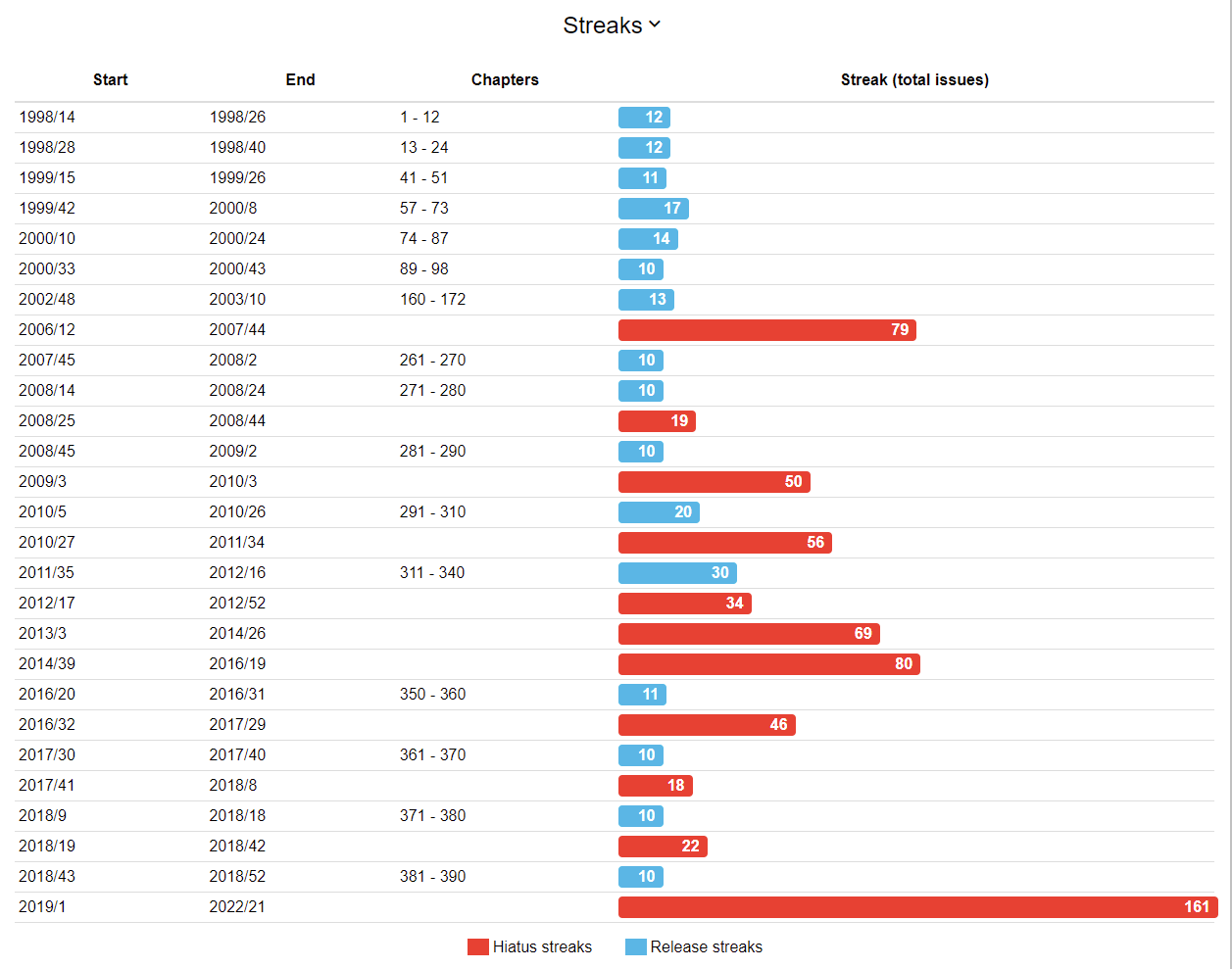 However, these delays are not a result of Togashi’s work ethic, but rather his own personal well being.

Togashi has a long history of health problems, which he has documented over the years in his author comments given to Shonen Jump. 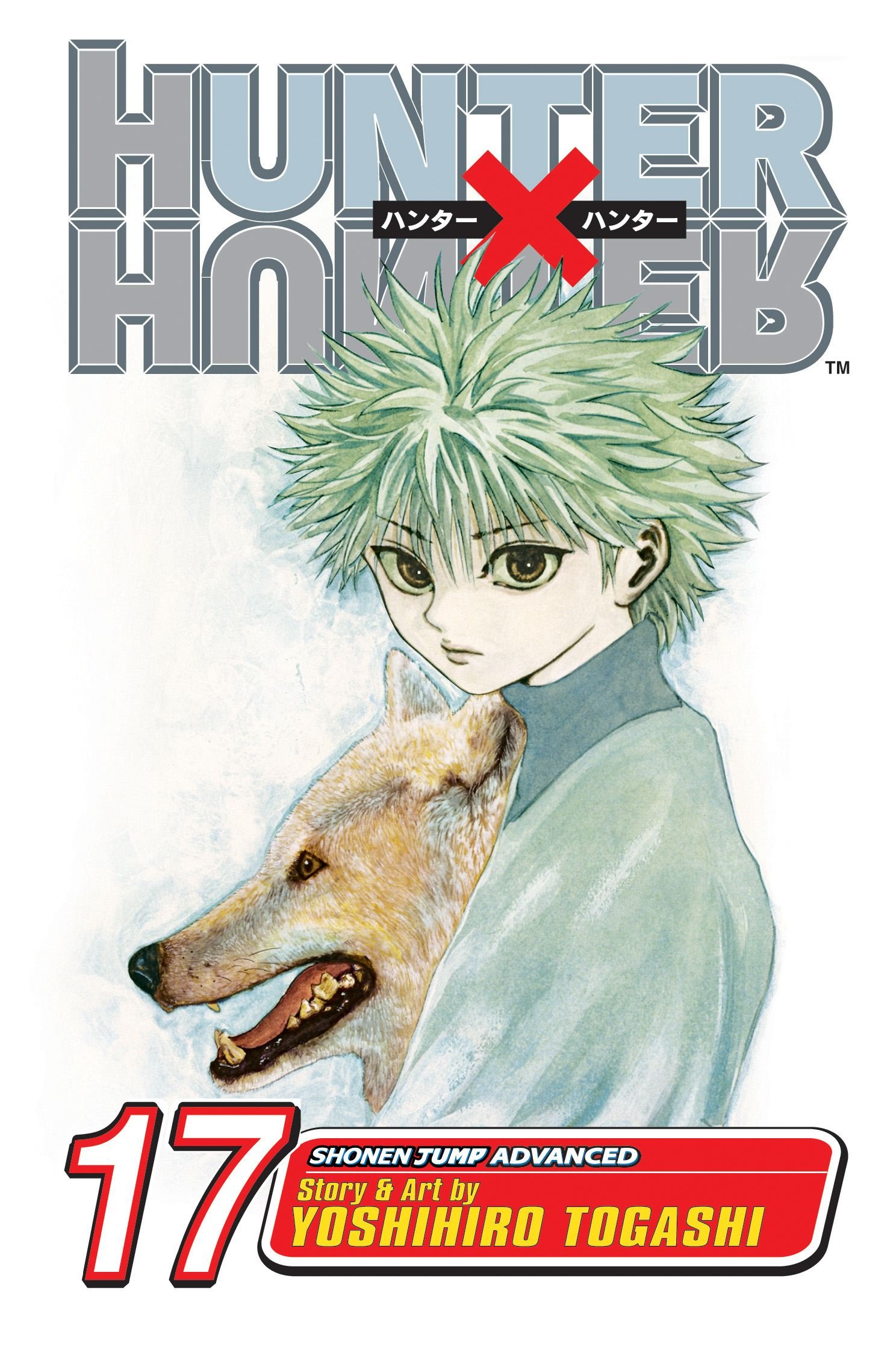 Manga Crave has translated and archived all of Togashi’s Shonen Jump author comments for Hunter x Hunter, and suffice to say, some of them paint a sad situation:

In the Shonen Jump Issue 48 (2001) featuring Hunter x Hunter Chapter 132, Togashi noted, “I noticed that getting up together with my child is so painful that it’s better not to sleep at all. The problem is when to sleep…” 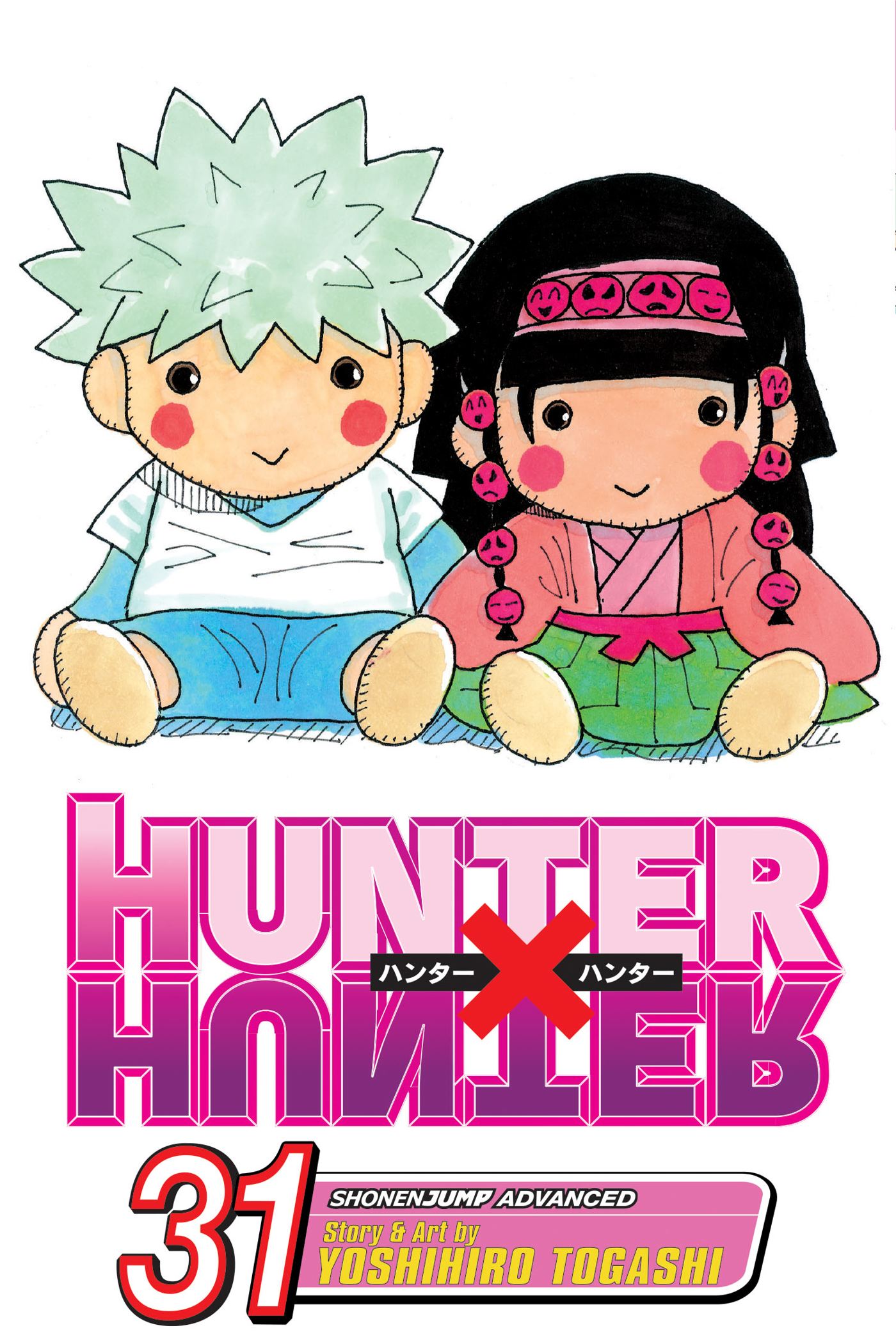 “I noticed that my body is getting stiffer and I cannot sit down on the ground” he wrote in his author comments for Shonen Jump Issue 43 2011 (Chapter 318). 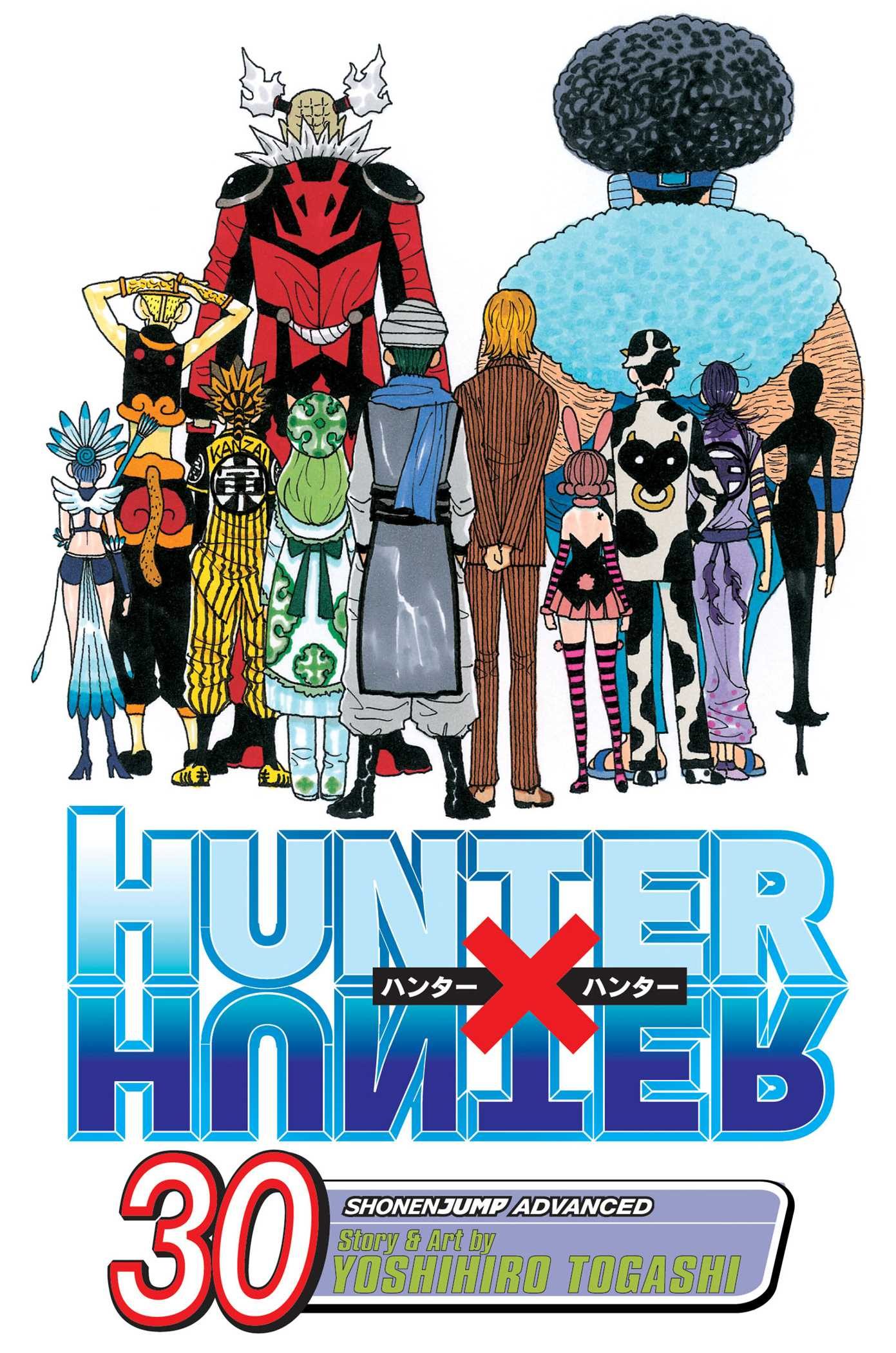 Returning from another break, the mangaka would tell readers in Shonen Jump Issue 12 2012 (Chapter 336), “Infected with flu and tenosynovitis co-occurred because of joint pain. It’s good to be able to write.” 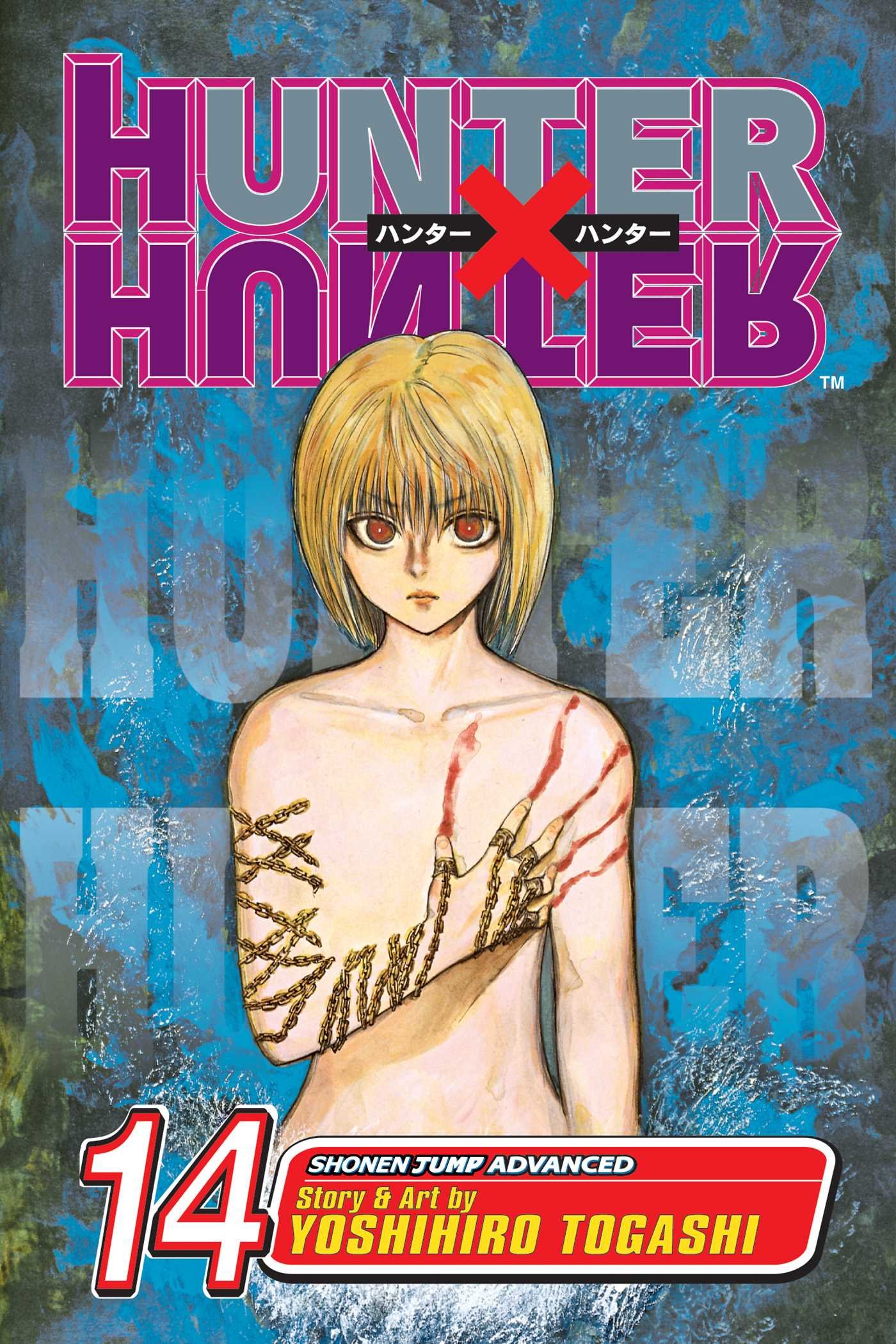 After another hiatus, this one a year and a half long, Togashi apologized to readers in Shonen Jump Issue 27 2014 (Chapter 341), lamenting, “I’m so sorry to have kept you waiting for so long. I’m not feeling very well, but I’ll do my best somehow.” 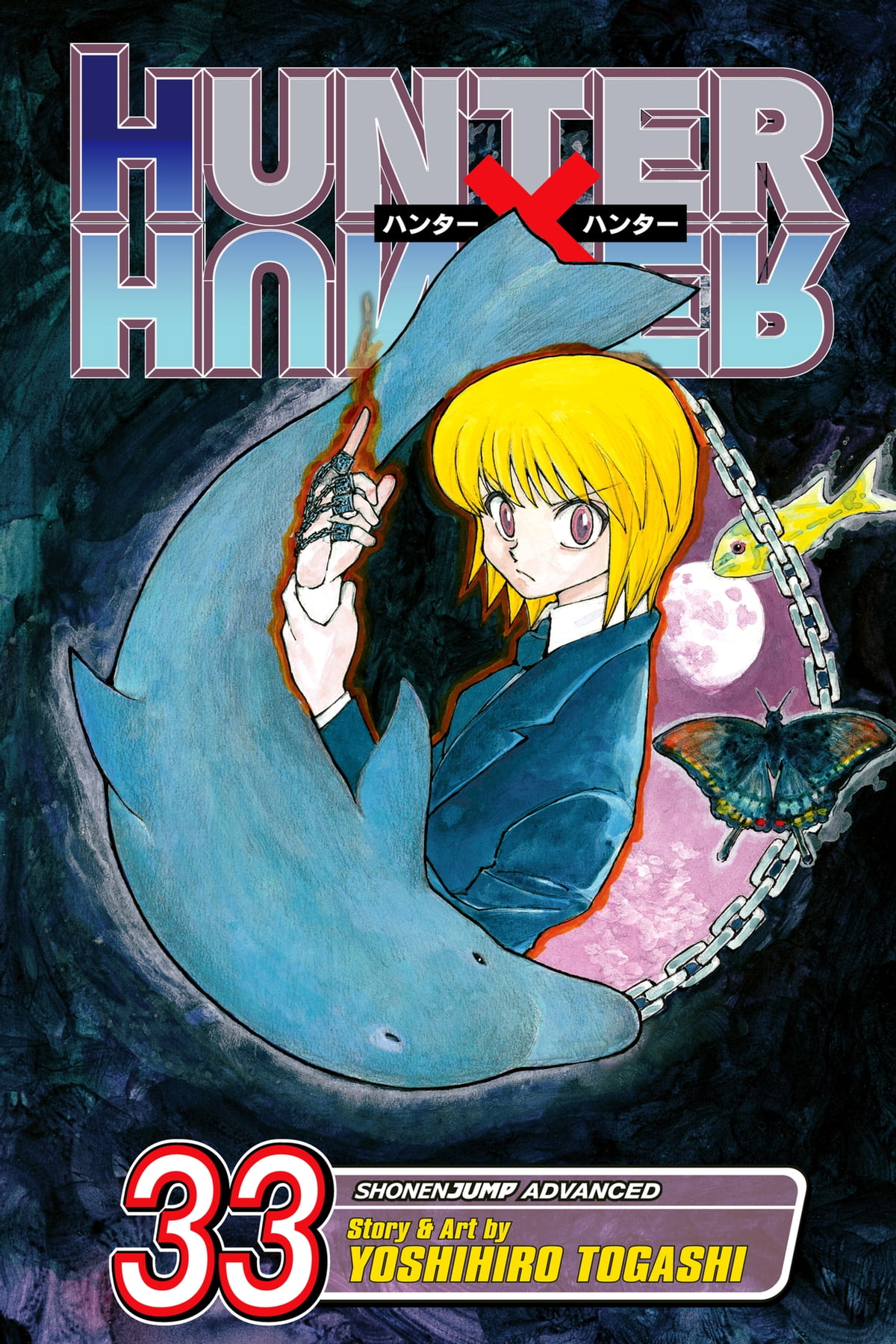 Returning from a subsequent 86 week hiatus, Togashi recalled in Shonen Jump Issue 20 2016 (Chapter 350) “Happy to be able to sit on a toilet seat or a chair. When my body was in pain and I was bedridden, I couldn’t even s–t.” 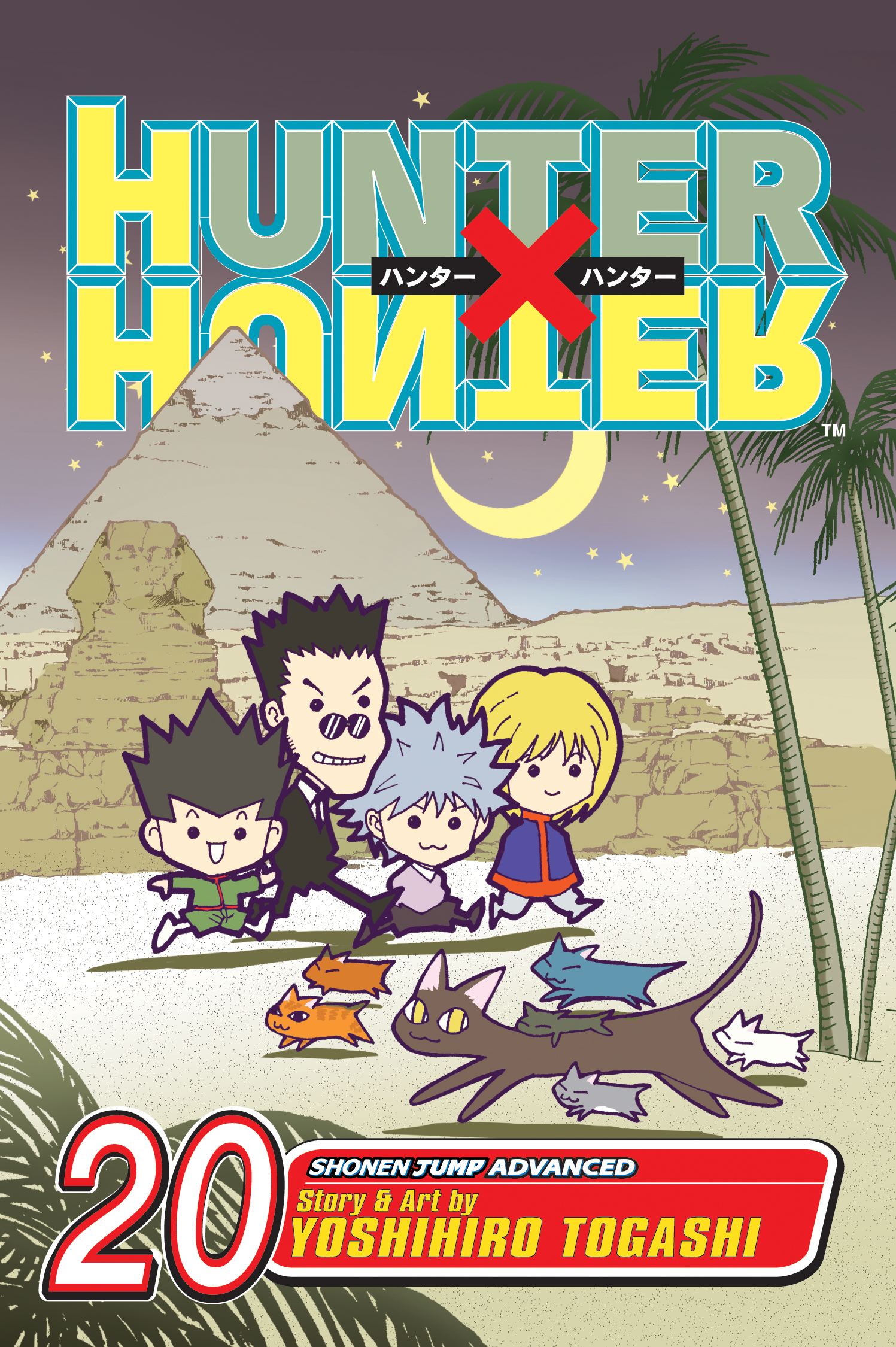 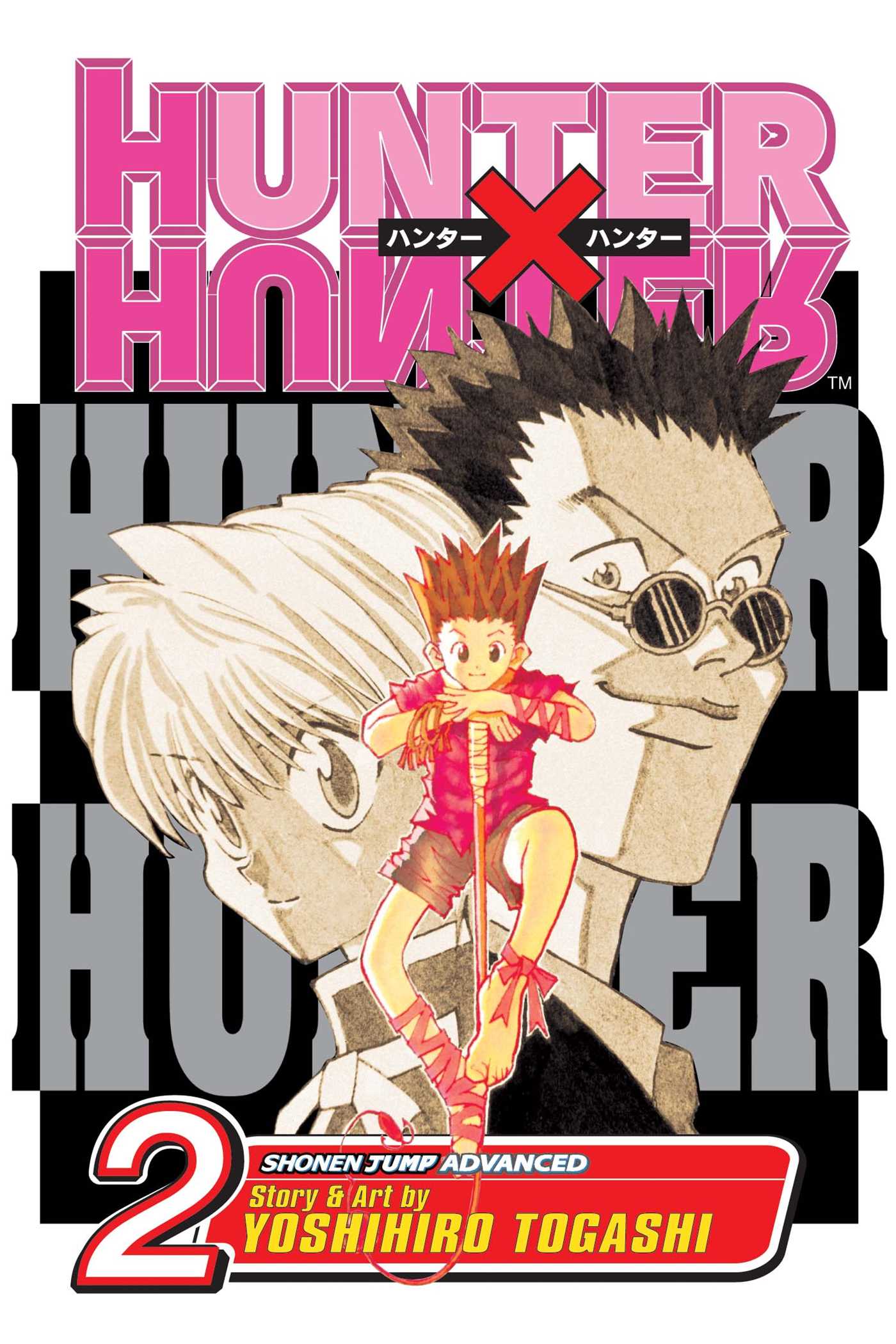 Just one issue later, Togashi informed fans in Shonen Jump Issue 23 2016 (Chapter 352 )that “the bitterness of lower back pain is that you can only go to hospital after recovering to some extent.” 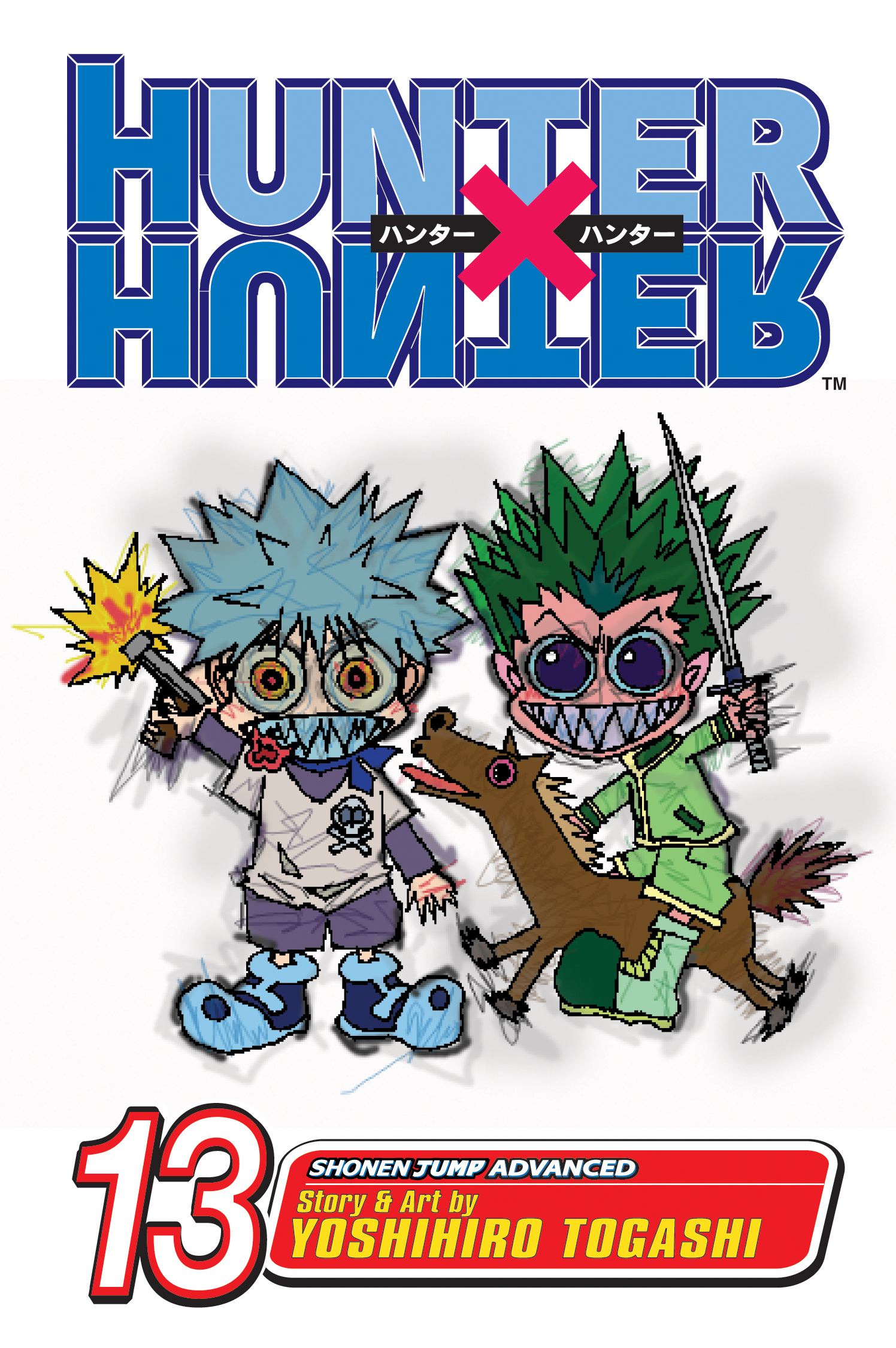 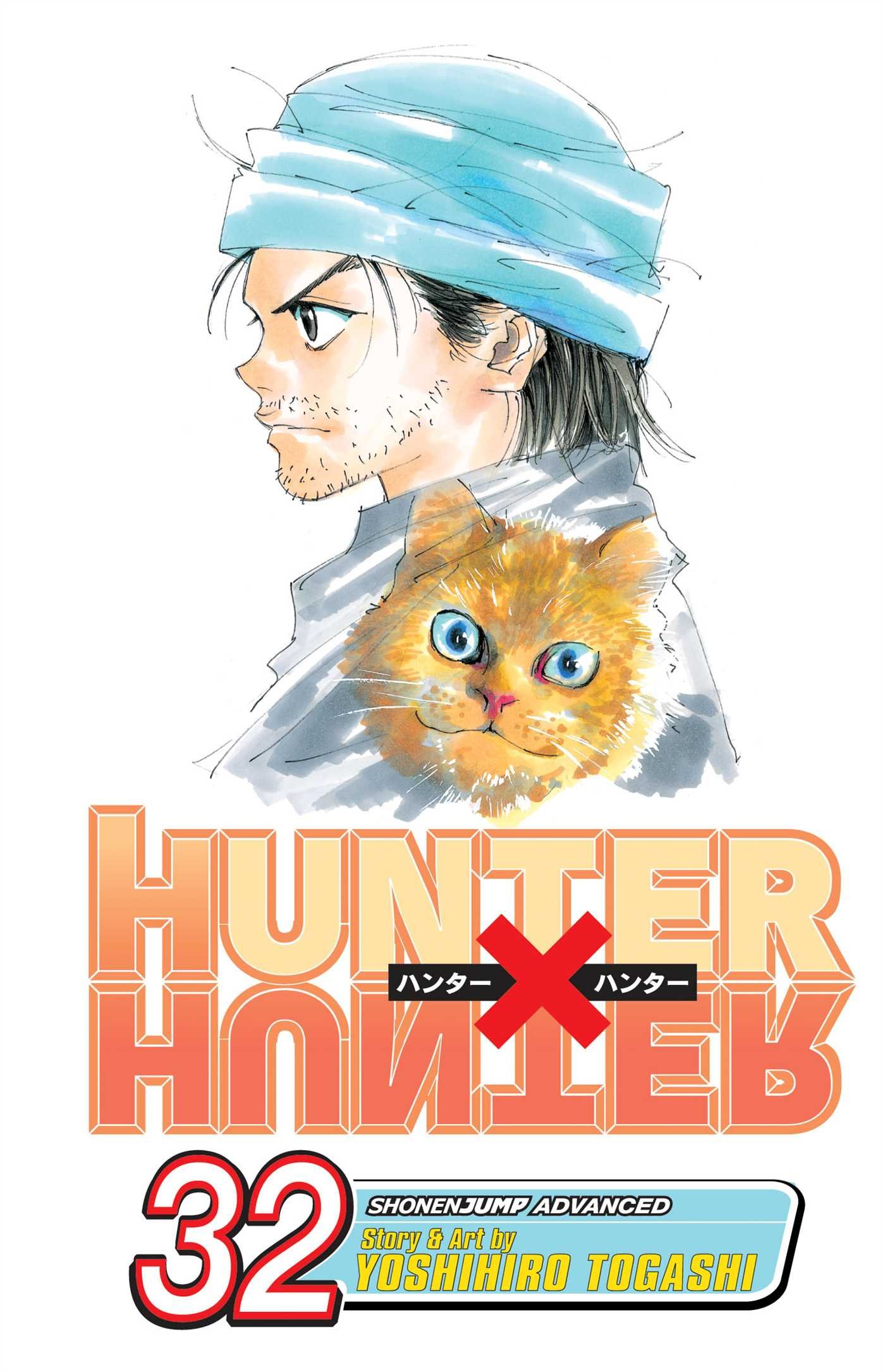 Similarly, the mangaka would recount in Shonen Jump Issue 29 2016 (Chapter 358), “I could draw in the prone position in my 20s. But now I can’t because of the stiffness of my body.” 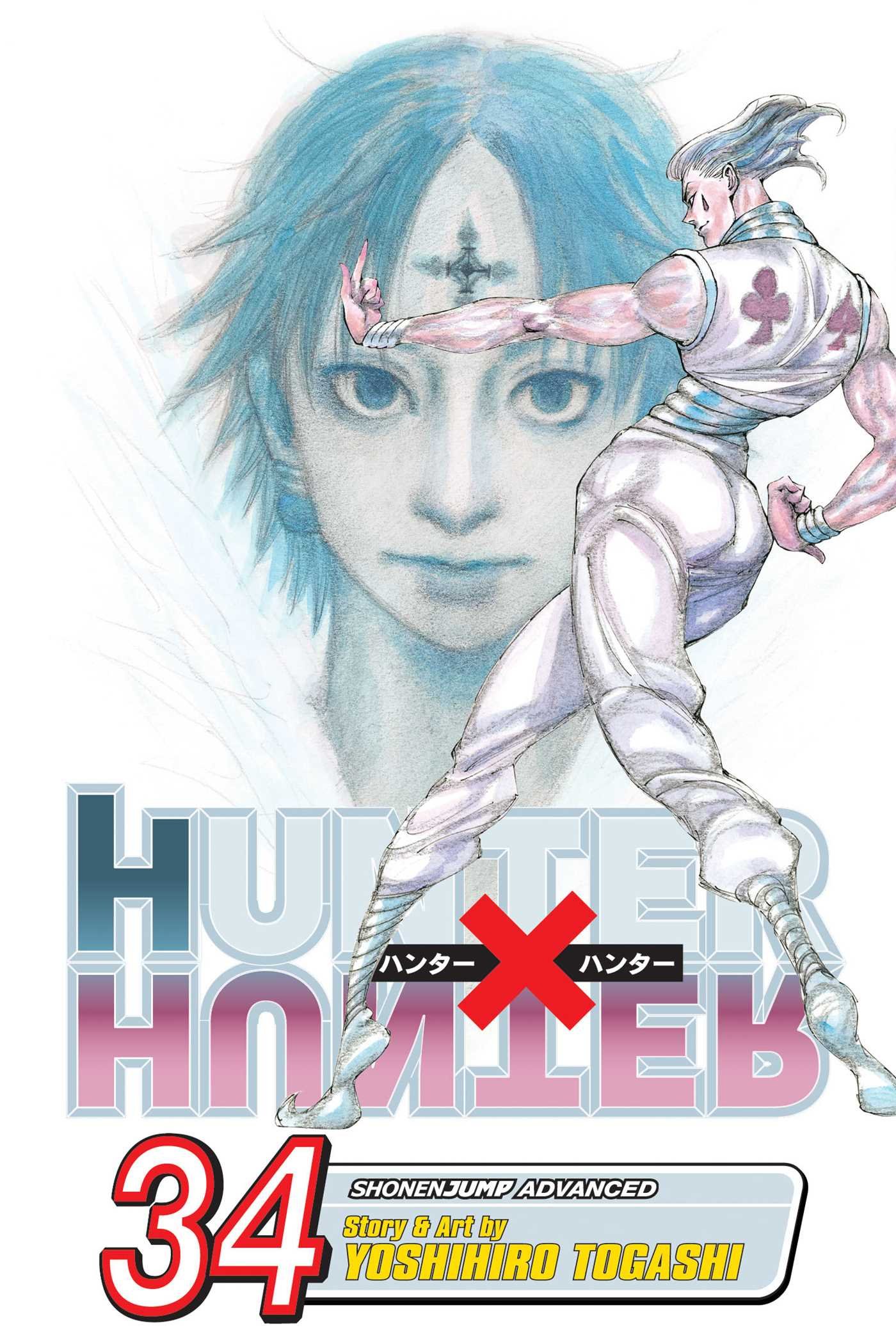 Reassuring fans of his dedication to the series, Togashi asserted in Shonen Jump Issue 52 2018 (Chapter 390), “Since the names (storyboards) of the next 10 weeks are ready, I will proceed with the manuscript while consulting with my physical condition and situation.” 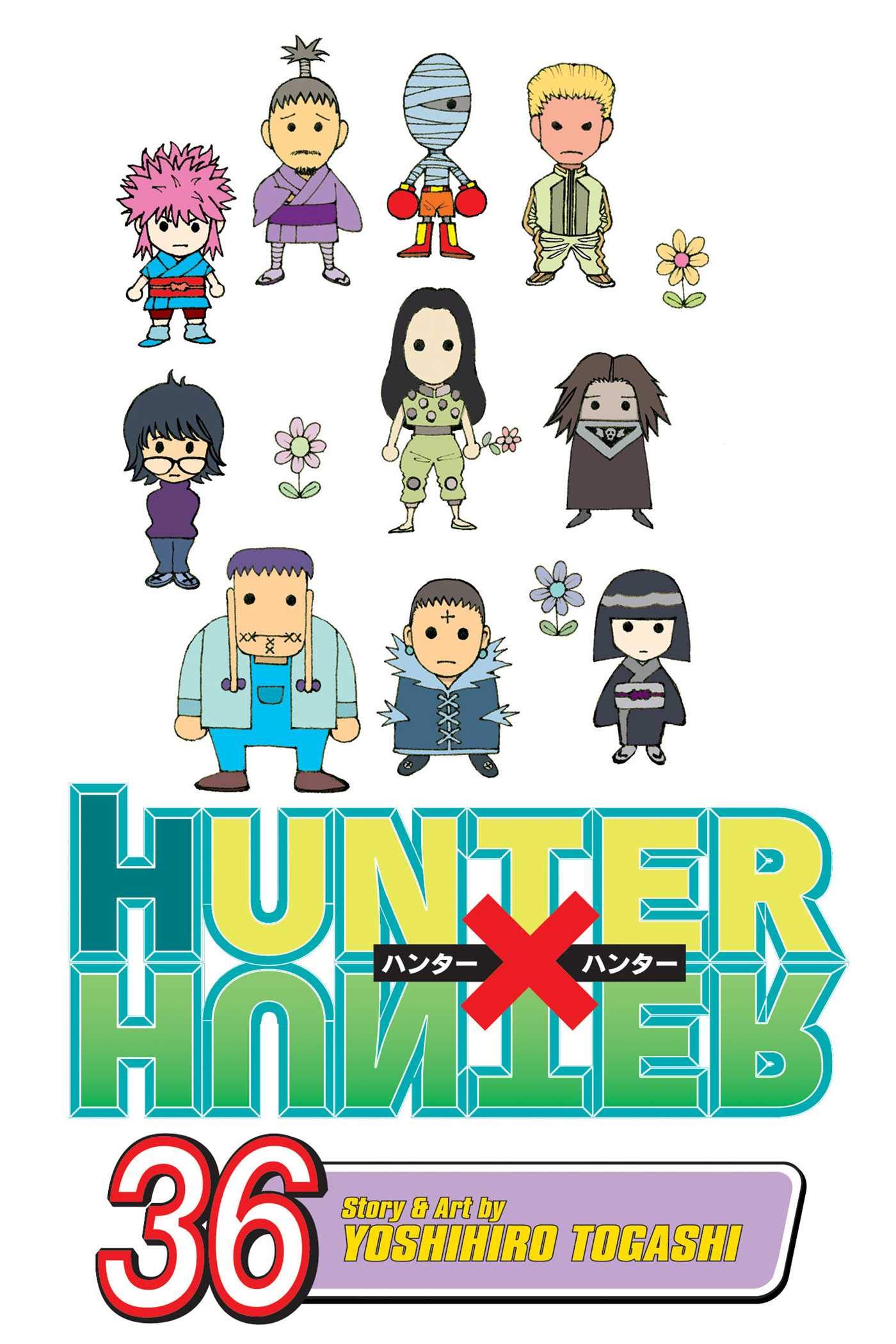 Are you excited for Hunter x Hunter’s return? Do you think only four chapters being confirmed is any cause for concern? Let us know your thoughts on social media or in the comments down below!