The appearance of indie platformer Amazing Princess Sarah’s title protagonist has been censored for the game’s upcoming PlayStation 4 release. 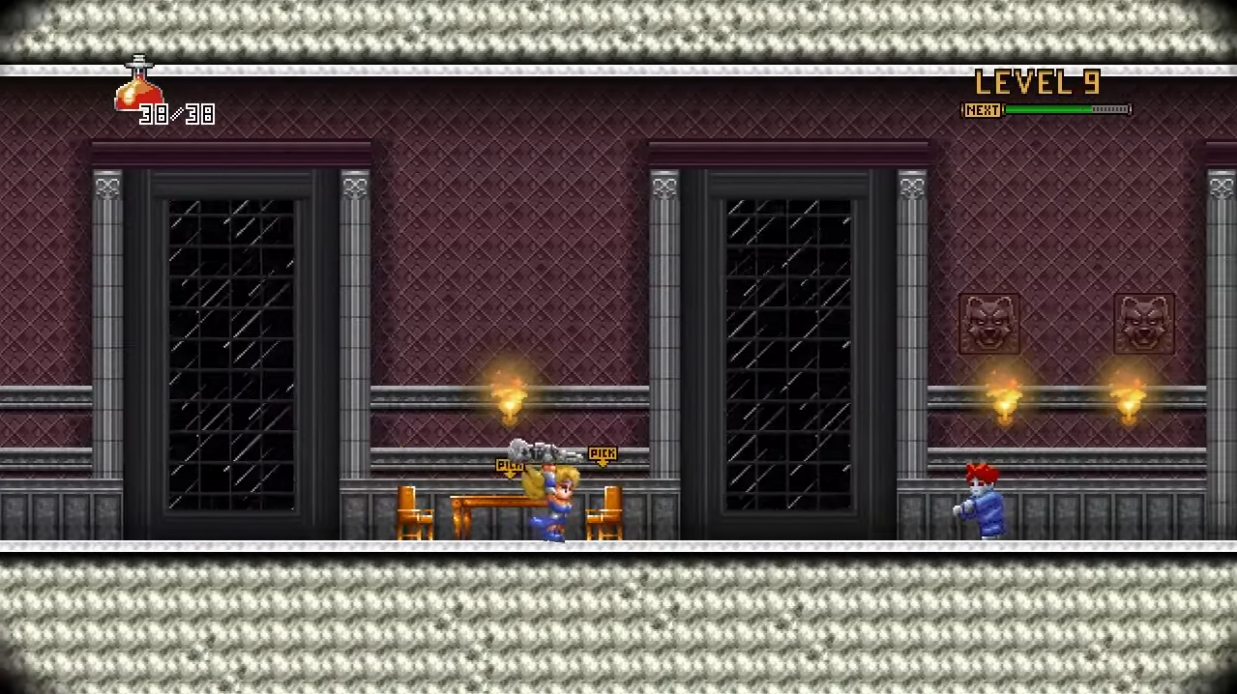 The Castlevania-inspired platformer sees Princess Sarah attempt to rescue her father, the king, from the demon mistress Lilith.

Hurling found objects and defeated foes at opponents, each subsequent hit of which keeps a player’s combo going, Princess Sarah ultimately ends up leading the defense of her kingdom from the viallainess’ invasion.

The game is also heavy on its fan-service – Sarah’s chibi sprite has a large bust, as do the succubi enemies, and the former’s is even more exposed when she crouches down. 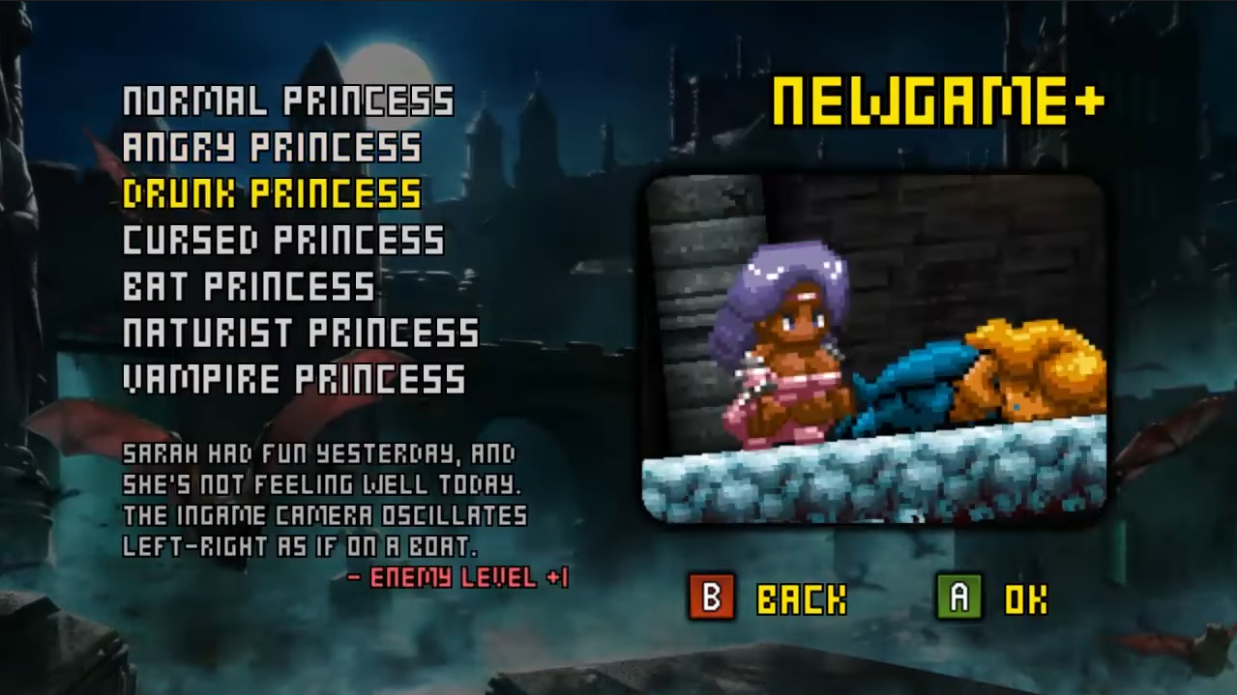 Fans were quick to notice the trailer for the game’s PlayStation 4 launch was censored- but surprisingly not the in-game sprites.

Not only that, but the same such edits have been made to any and all shots featuring the game’s sprites up close.

The PlayStation 4 trailer also removes an opening shot of the game’s title screen, which featured the aforementioned title card art.

Further, when the title card is shown at the end, it appears in its censored form, with the shot even zoomed in to hide her stockings and garter belt straps.

The PlayStation Store also uses a zoomed in version of the censored artwork in the game’s featured banner, as seen in the fact that if this image is opened in a new tab, Princess Sarah’s stockings remain intact.

To be fair, this artwork is also censored on the Nintendo Switch eShop page in the US and UK. However, the artwork remains uncensored on the game’s Steam, and Xbox store listings.

Further, the above Nintendo Switch trailer is hosted on developer Haruneko Entertainment’s own YouTube channel, rather than any of Nintendo’s official YouTube channels, which may explain the appearance of the uncensored artwork. 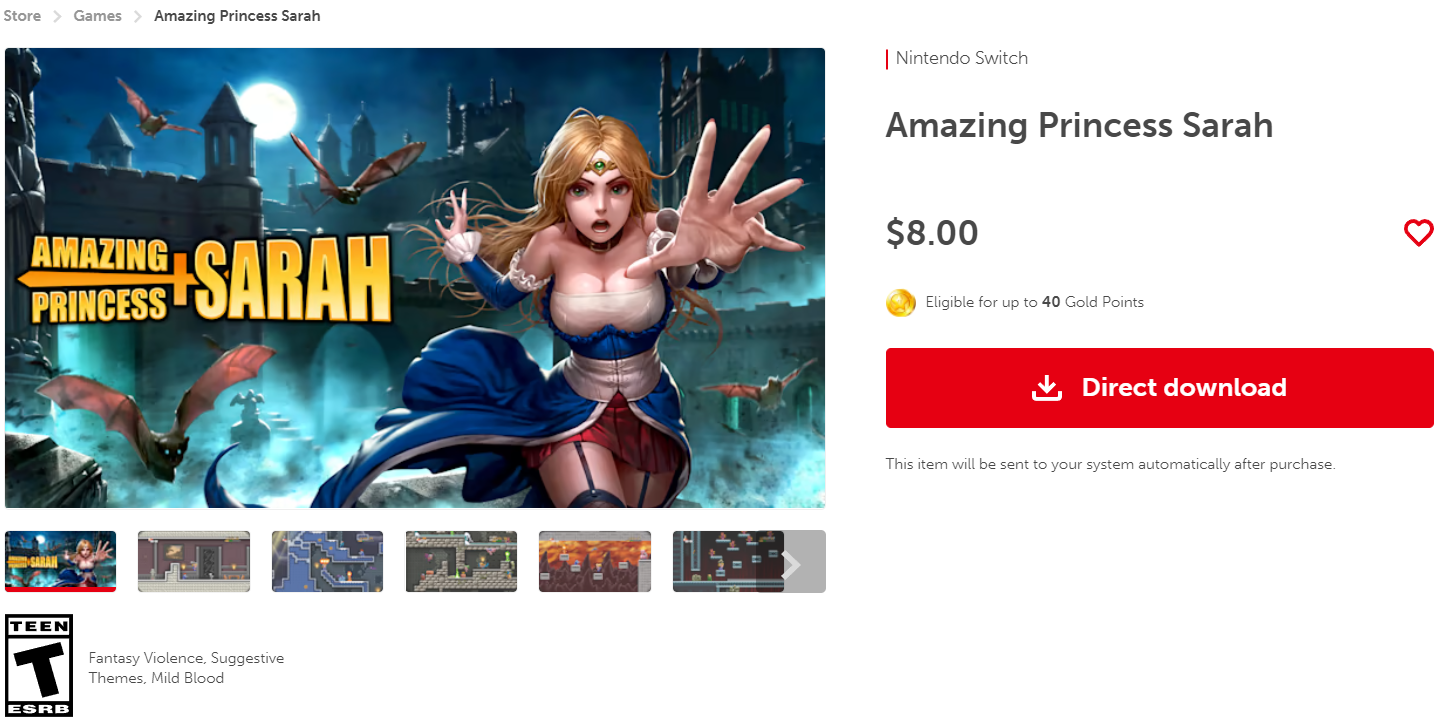 Though YouTube has officially removed the dislike button function from their platform, a third party plug-in reveals that, as of writing, the PlayStation trailer for Amazing Princess Sarah holds a total of 1,400 dislikes compared to 880 likes. 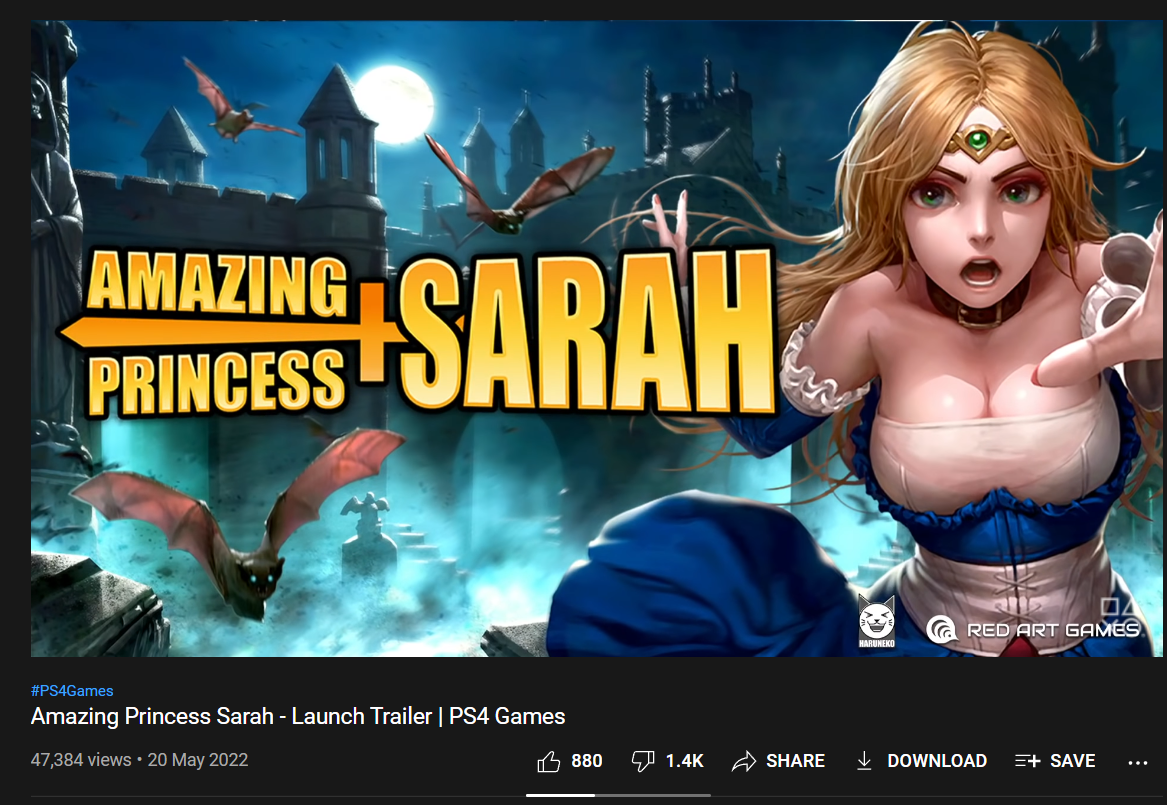 Addressing the topic on her YouTube channel, Vara Dark lamented, “Almost every time I talk about Sony, it’s because they’ve censored a new game, which is so disappointing because I used to really love Sony and PlayStation, but now I almost never buy games on the platform unless I 100% know they’re not censored.

“And tonnes are censored now,” she continued. “But sadly there is another PlayStation title change, because companies think the female form is bad.”

“Over the past few months I have had to talk about a lot of game censorship where cleavage is censored, and the female form is toned down. I mean it has gotten absurd, but this is just another example,” Vara groaned.

“I wish it wasn’t this way, I wish that we could just as adults enjoy the content we want to enjoy,” she added. “Whether that’s an attractive female or an attractive male. Whether that’s cleavage. Whether it’s a bulge- whatever it may be it really doesn’t matter!! If it’s violence, if it’s gore it shouldn’t be censored. We are adults who should be able to consume the type of product we want to consume.” 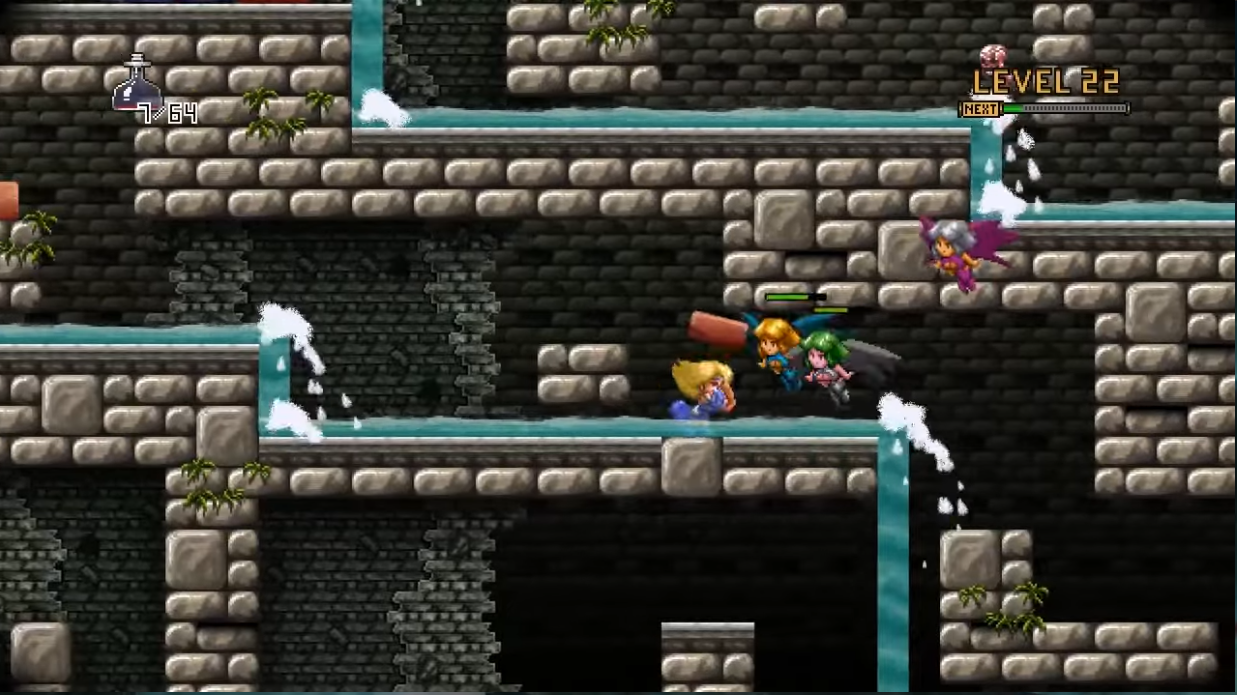 The YouTuber then observed, “It is always sad to see a developer censor their title to get it onto a platform.”

“I know a lot of other people wouldn’t purchase it on the PlayStation 4 while censored, and I’d rather see devs stand their ground and say ‘If you’re forcing us to tone down our game, we’re not going to release it on your platform,'” Vara asserted. 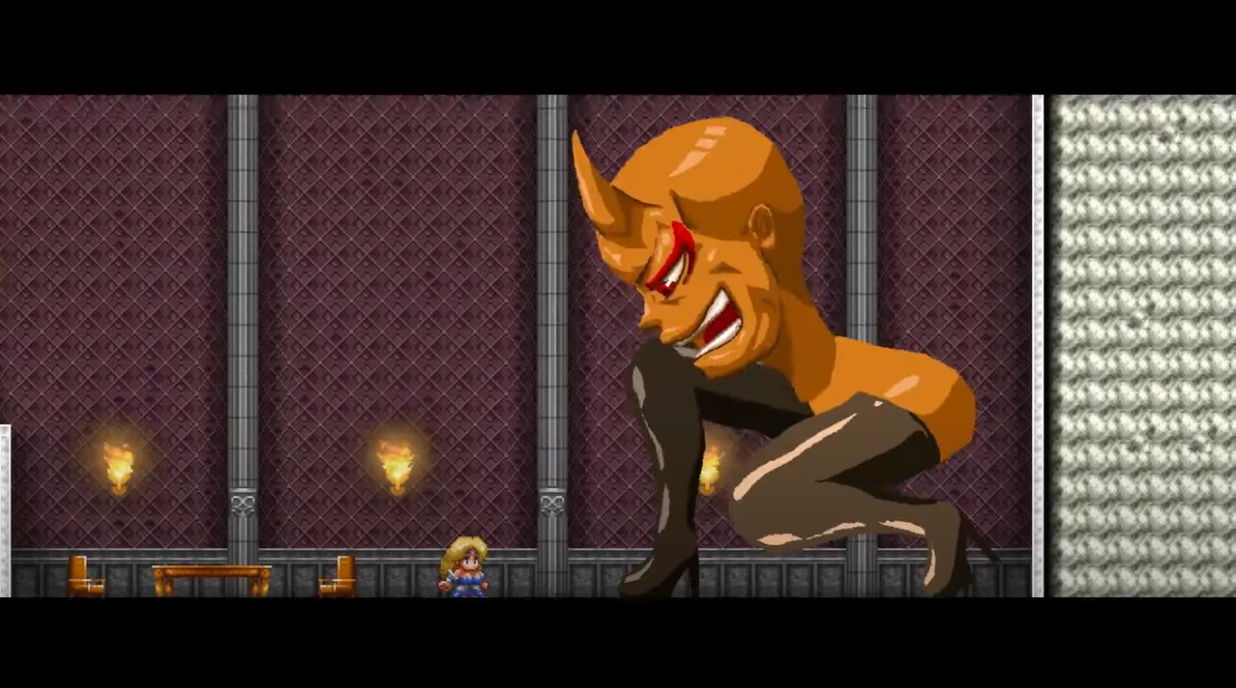 Their “global standards” policy was revealed to be forced upon Japanese developers, denying them their intent and the consumer any choice in the matter. 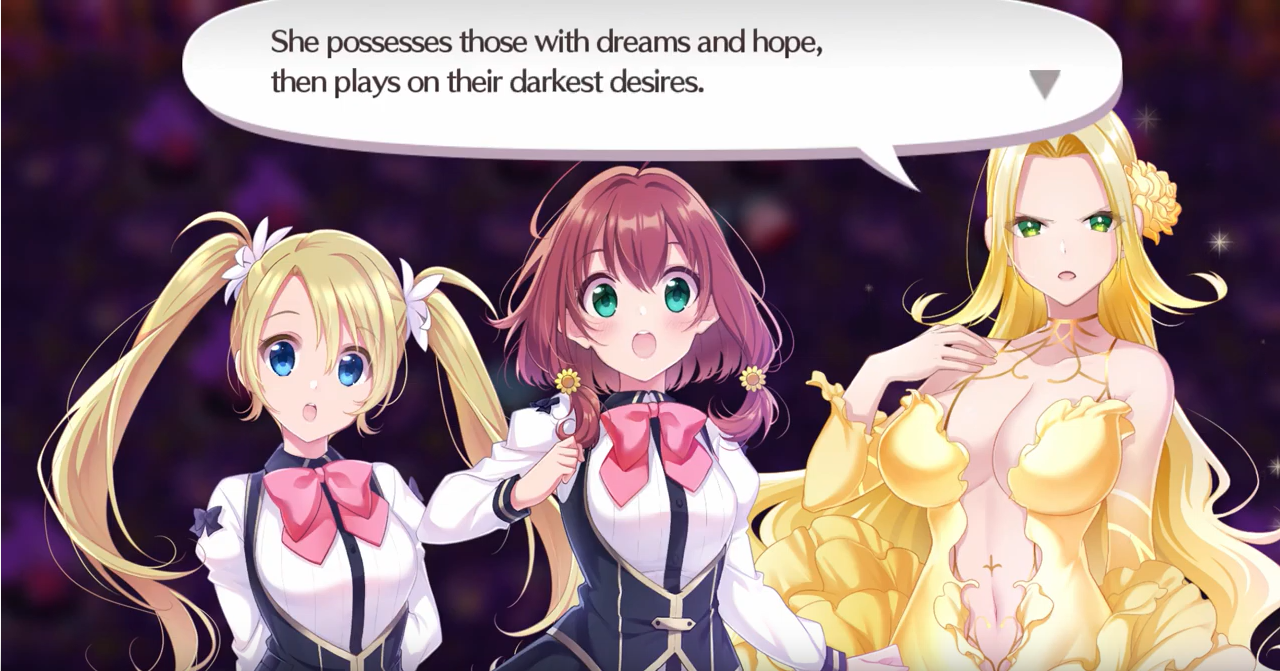 This policy has even extended to games dedicated to fanservice.

PlayStation-exclusive Omega Labyrinth Z cancelled it’s western release as to “respectfully comply with the wishes of the platform holder and therefore withdrawn any future plans.” A subsequent game in the series, Omega Labyrinth Life, later launched on PlayStation 4 censored.

In 2019, original Senran Kagura series producer Kenichiro Takaki revealed that the main reason he left Marvelous earlier that year was because of Sony’s policy on sexual content.

“The main reason is the recent restrictions on sexual expression,” said Takaki in an interview with Famitsu (machine translated via DeepL). “Sexual expressions are criticized, but there are also many people who enjoy them. I believed that such variations were one of the things that supported the video game industry, but I was surprised at how easily they could be destroyed.”